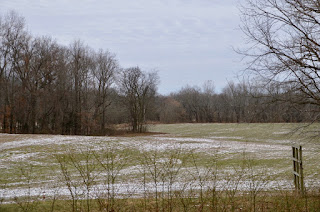 It was 6° with a windchill of -4° this morning when I flipped on the lights. It took all of the morning to get above 20°.

First of all, I feel I need to apologize for the post I wrote yesterday. Even after 'editing' it last night, I took another look at it today and made a lot of corrections and changes.

I was a little surprised just had bad it was written. There were parts of that post that were so poorly written I would have received an 'F' back in the day.

Moving on to more freezing weather today. It was 6° when we got up this morning, a little past sunrise. To show you not only the range of temperatures but the drastic changes of weather in short periods of time here in 'the tropics'. The high tomorrow will be 42° before it deeps back into the teens on Sunday. 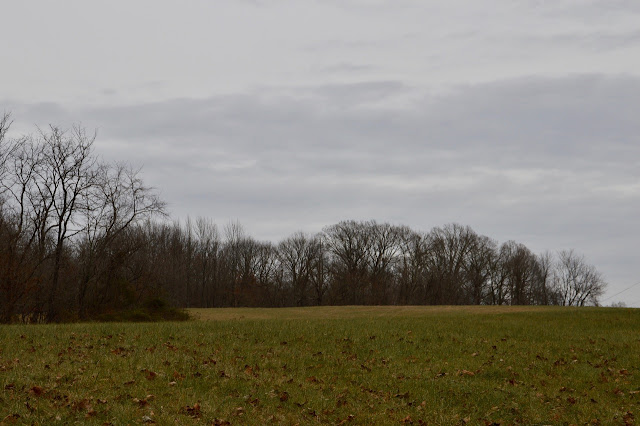 In the meantime it was up to 24° by the time we took a walk a little after 1pm. I knew that Sadie couldn't wait any longer for it to get warmer. I still looked for any limping by the hounds during the walk, that would tell me if their paw pads were too cold. We made the walk at a little faster pace today. 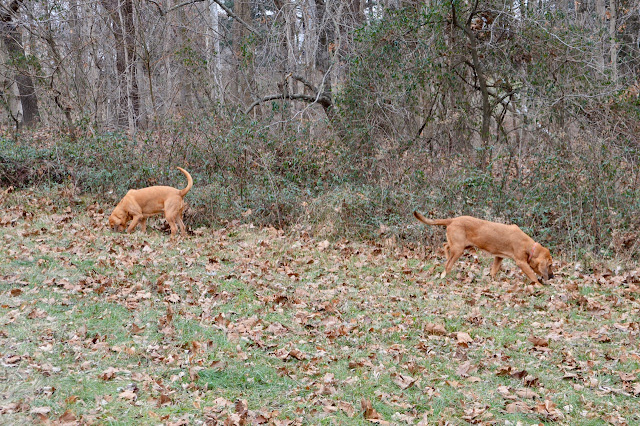 Sadie was thrilled to be outside and Stella stayed far behind us just like her recent walks. 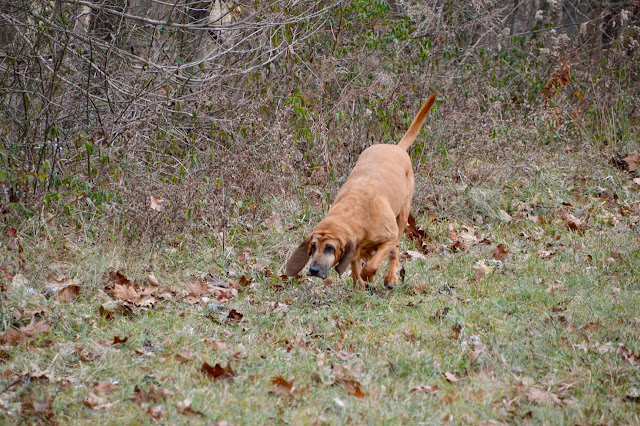 You might think it looks very drab without much color in these pictures and the sad thing is you would be right. But consider how drab it would be if I had not clicked the 'enhanced' icon when editing each picture ... you would be talking dull. 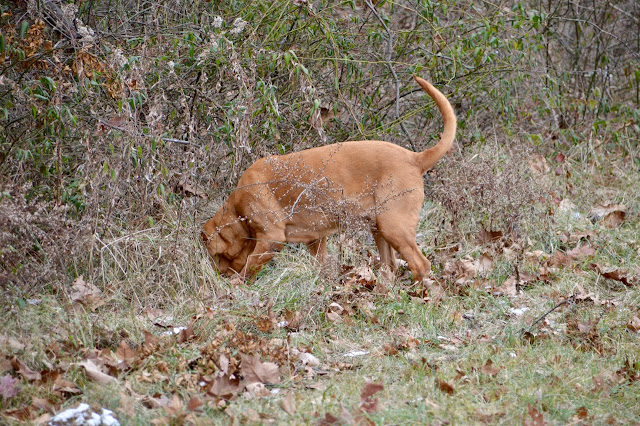 Sadie spent more time today in the thick brush, off the path. Luckily with her short coat, brush residue rarely gets stuck in her hair. 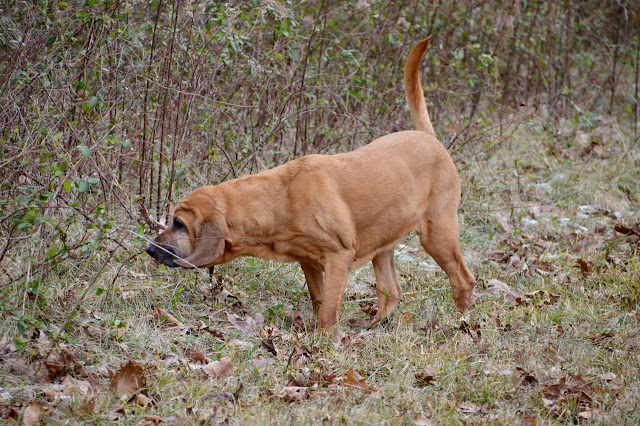 She didn't even take time to look back for Stella today. She finally had her walk after a day and a half of begging, so she had places to go and things to smell. She missed yesterday due to the single digit temps, so she was pretty happy today. 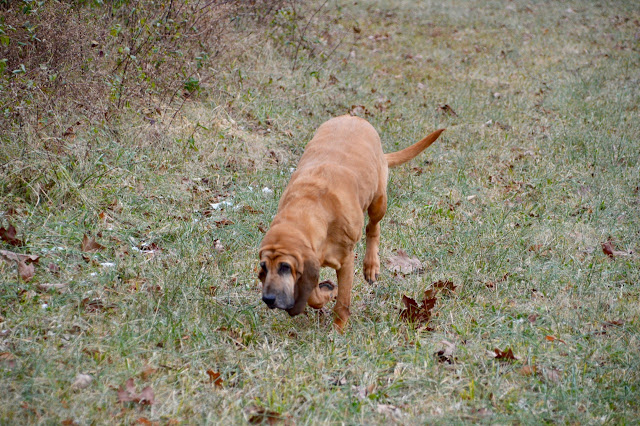 Earlier this morning I took the two books I finished reading back to the library but didn't find anything I wanted to check out. I have a couple of books on my shelf at home I've been meaning to read, so that will get started today after this post. It's that time of year for college football fans where tarting tomorrow the D1-A football bowl games and that will be almost a daily/nightly event from the 17th to January 9th, so I will be booked up for the next few weeks. It's hard to believe that Christmas is almost here.

For those readers that are sports fans, remember just a few years ago the last college football bowl games were played on the 1st of January. Once again greed is a factor and they will stretch the bowl games out to January 9th. They like to remind us that the NCAA is a "non-profit" organization. {where are those hip waders I mentioned yesterday?} 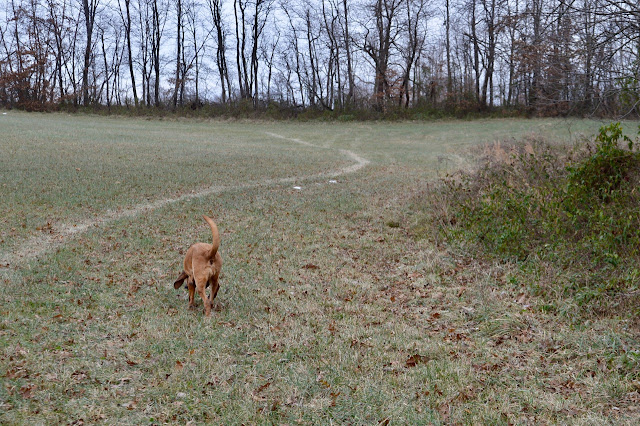 I am finding out each time I drive the new Mini Cooper I like it even more than I did when I bought it. The difference in size compared to the smaller Mini Cooper Hardtops makes a big difference in riding comfort. It's going to be a pretty good car for me I think. The gas mileage will be a big improvement if nothing else. I'm in the process now of trying to decide what kind of tires to buy for it. 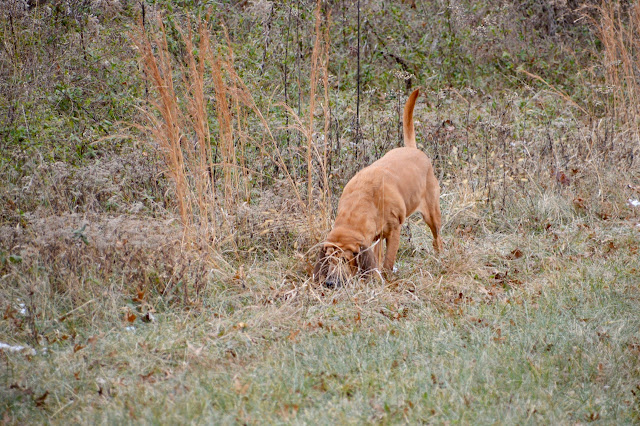 As I veered left on the walk, with Sadie sprinting right to head to the corner of the field, I turned to look for Stella but she was nowhere to be found. At the pace I was walking, once again she would not be doing the full walk. Winston use to do the same thing as he got older, and would meet us on the way back. He would also stop and spend a lot of time sniffing that corner of the woods. 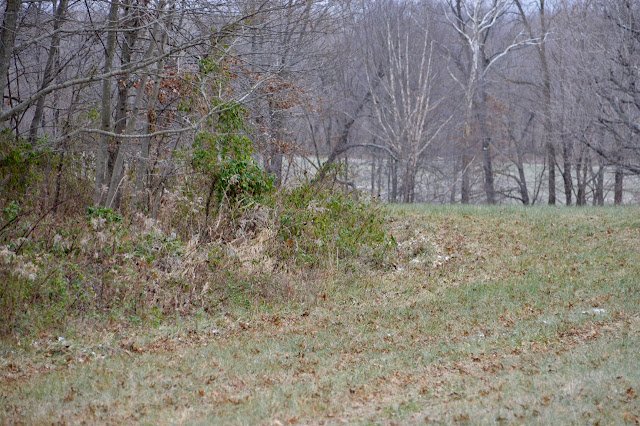 In Stella's case it is not so much about age but what her nose picks up and what she can find to eat to supplement her meals of kibble. Her decision, definitely not mine. 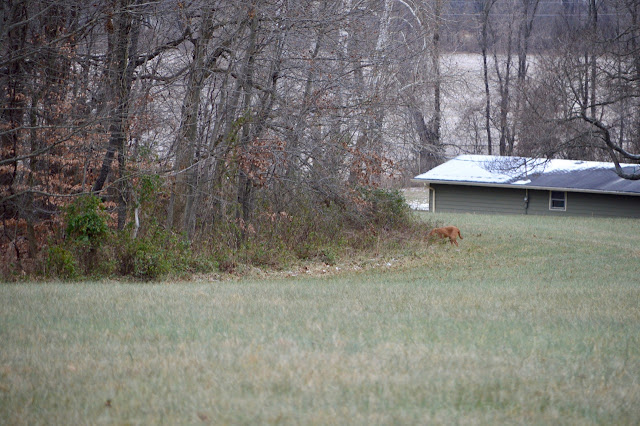 I assumed it was getting a little cold for the hounds. Sadie came running toward me without any kind of request from me. As usual she ran right up to me to the point of hitting the side of my knee with her nose just to let me know she was back. 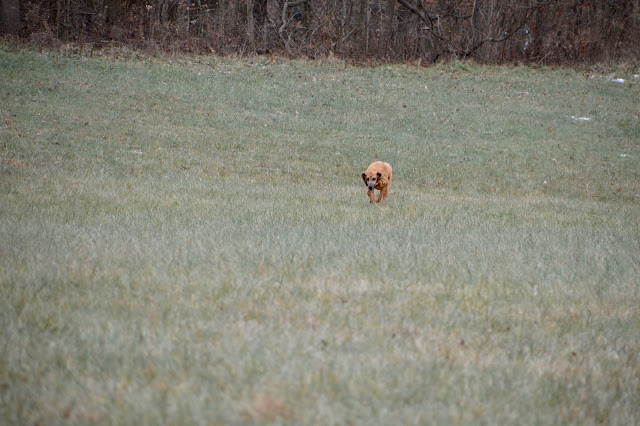 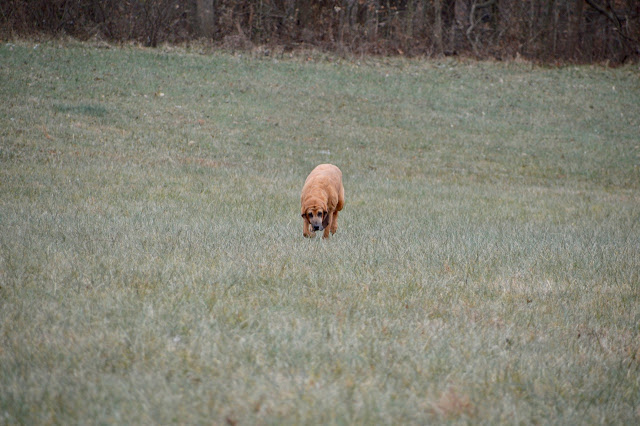 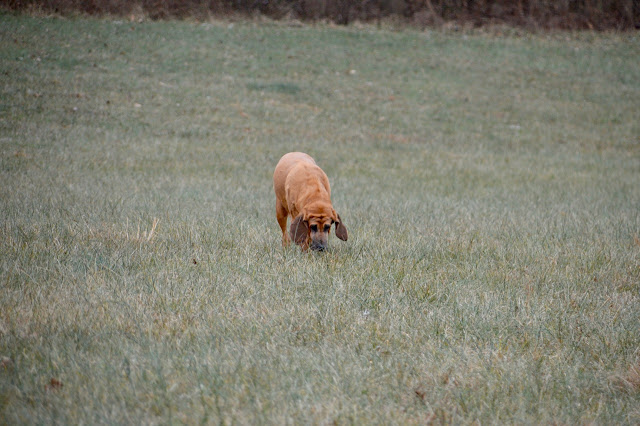 I figured by where Stella was still standing that by the time Sadie and I got further down the path, we would meet about the same place but she also came running without being called. She and Sadie then turned and headed home. Were they cold??  No signs of limping by either one of them. 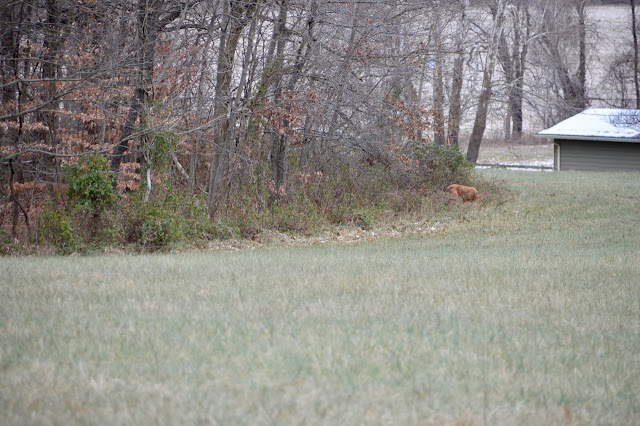 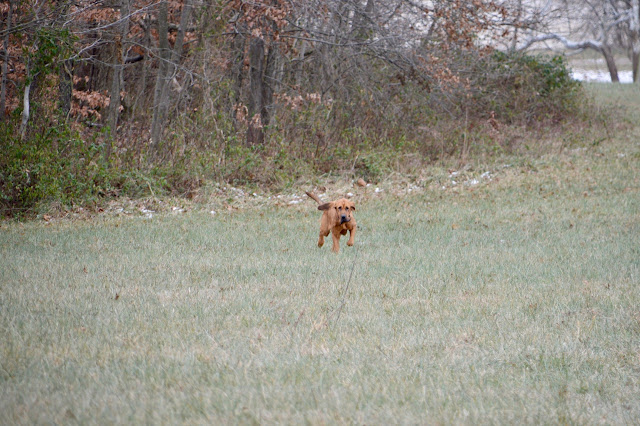 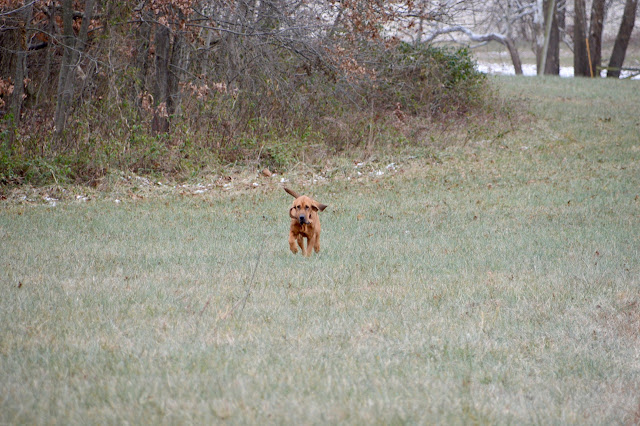 They might be turn to head home but that doesn't mean they go straight home. There is always someplace they want to check out one more time. I was getting cold so I kept walking and they followed. 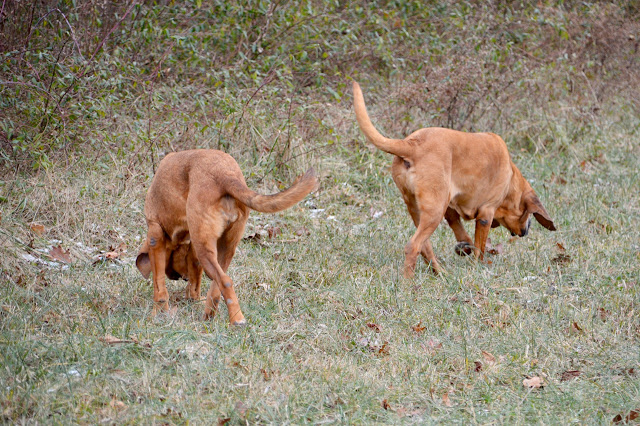 Along with those higher temps we will get by tomorrow late afternoon, it will start raining sometime after midnight with some snow mixed in. The weather forecast continues to move out further into the week by about 8 hours. The local tv weather last night was showing a record high for this time in 1948, of 70°. I wonder if they talked about global warming 68 years ago??

I have received a few emails asking if I have felt any buyers remorse on my car transaction. No I haven't. That is probably why it took me only about 3-4 days to make the trade after I started looking for a different car. Yet past history shows I should never say 'never' when it comes to keeping cars. It is an expensive habit to trade cars so often though and one I need to quit.

Heidi let me know she will not be available for any photo shoots until next spring. She is in total winter hibernation mode now but has set up camp on the couch in the living room. I guess she needed the room with a view. Although, when there is kibble or my food involved she can wake up and be right at your feet in a moments notice.

All is moving smoothly today here in 'the tropics' of southern Indiana.
at December 16, 2016
Email ThisBlogThis!Share to TwitterShare to FacebookShare to Pinterest
Labels: Freezing Temps, The Daily Dog Walk