I knew as I was pouring out breakfast kibble a little after 4am, that the hounds would probably want their lunch by 10am if not earlier. What would I do? Sure enough, around 9:23am, Stella found me and starts nudging me with her nose. When I looked at her she started howling, Heidi started barking and Sadie started her hopping up and down ... they wanted lunch now. 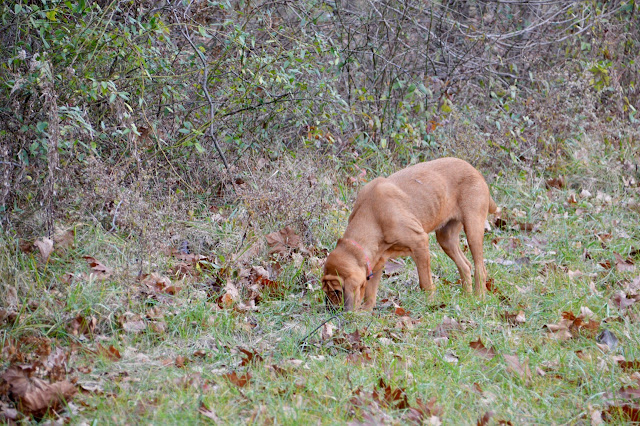 Seeing it had been close to 5-1/2 hours since they had eaten breakfast, I served them lunch almost 3 hours earlier than normal. They were all back to a sound sleep within minutes after their trip outside, their normal routine after lunch. As predicted a siesta took place in the afternoon and it wasn't 5 minutes after I woke up later in the afternoon, that the hounds are wanting a 3rd meal of the day ... wasn't going to  happen.

So a 2nd walk took place as a negotiated solution. Although it was a good ten degrees warmer, I still wasn't that excited about going back outside. Yet, I was the one that threw their schedule off by getting them up in the middle of the night to start their day this morning at 4am, so it was the thing to do. 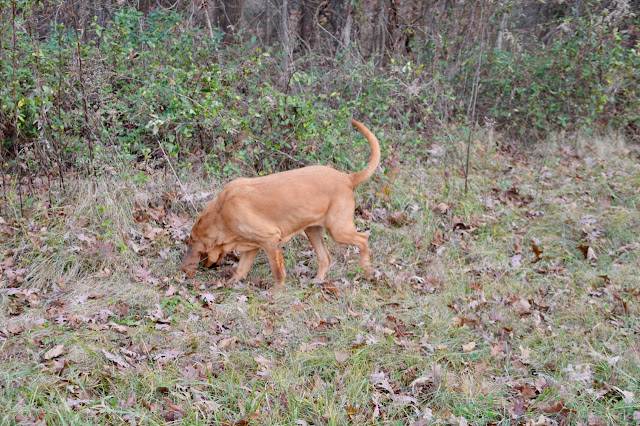 They were more than happy with that decision as both of them ran by me to start the walk and then headed for their recently claimed favorite stops.

Whenever Sadie looks at one of the neighbors houses near the first turn, I never see anyone outside nor any animals around. I am not sure what she smells. 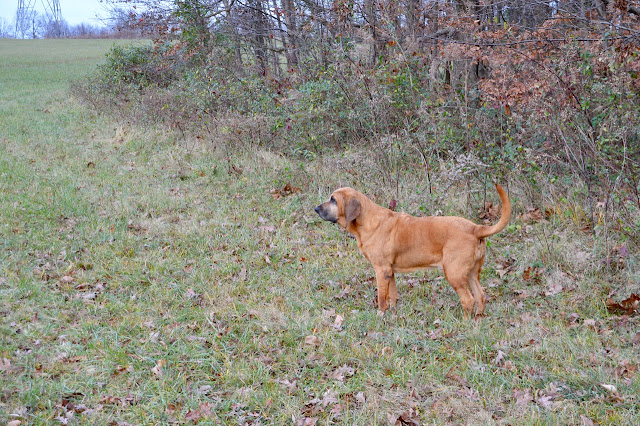 With Stella hanging back, Stella took off on her own and wasn't waiting for me nor Stella. 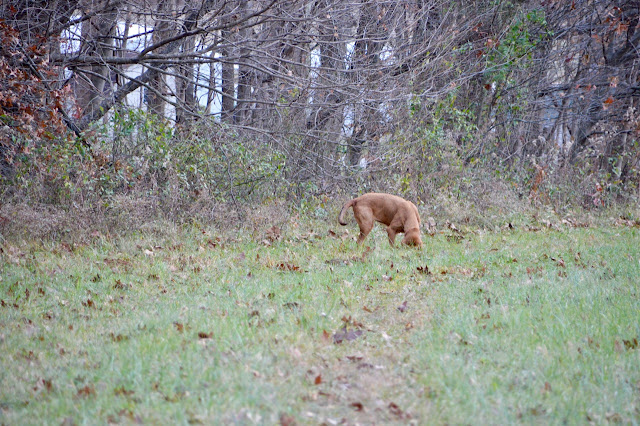 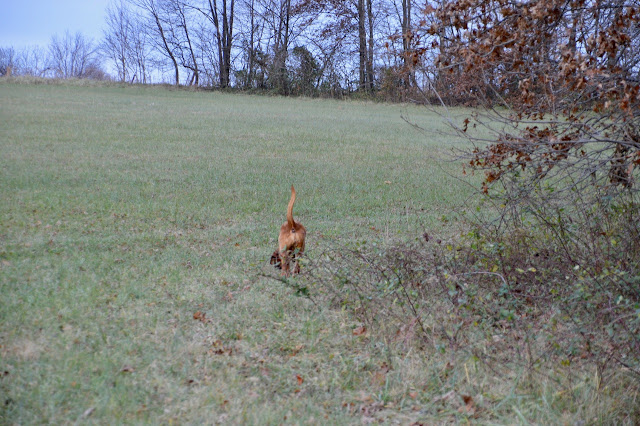 Every time I get curious enough to walk over and look at what has their nose pressed to the ground ... I find nothing. No scat, no worms but both hounds are always hanging out in these same areas. 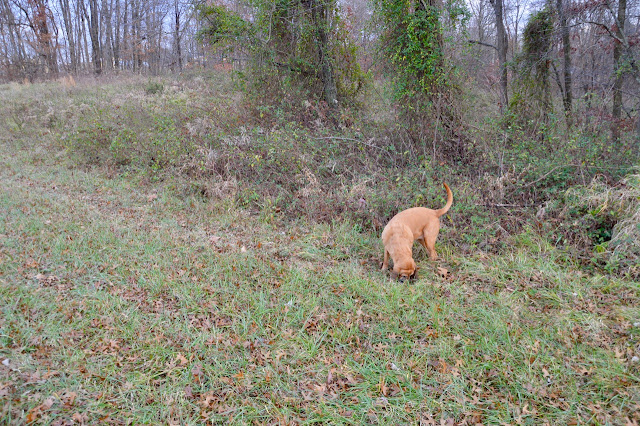 I continued my walking knowing based on the past few walks, both hounds would eventually catch up with me as I walked the last part toward the house. 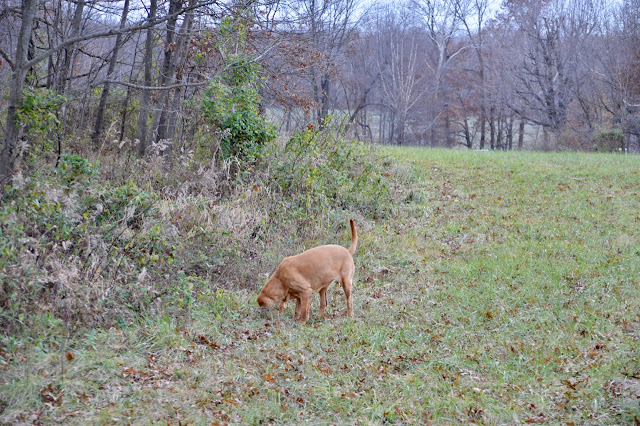 Up in the far right corner, Sadie was all over that area with her tail up and her nose to the ground while moving in different directions, darting from spot to spot. 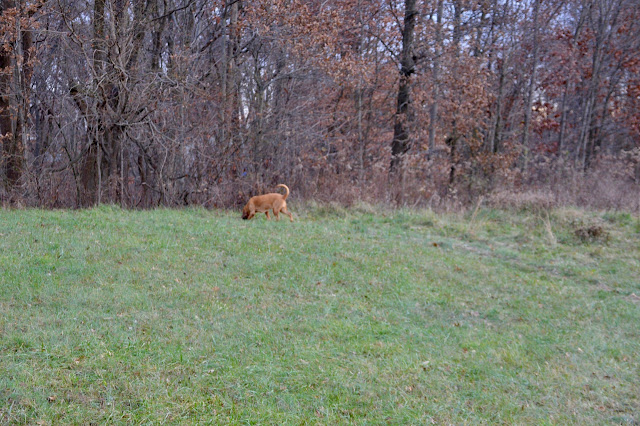 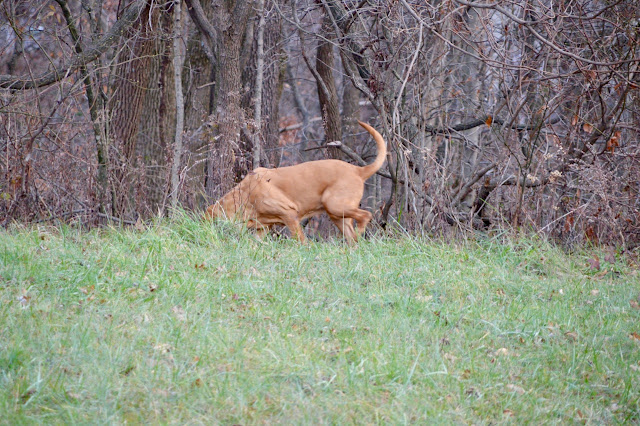 By this time I have made the last turn and headed home. Stella still on that same spot as she was when I was not even as far as the back edge of the field. 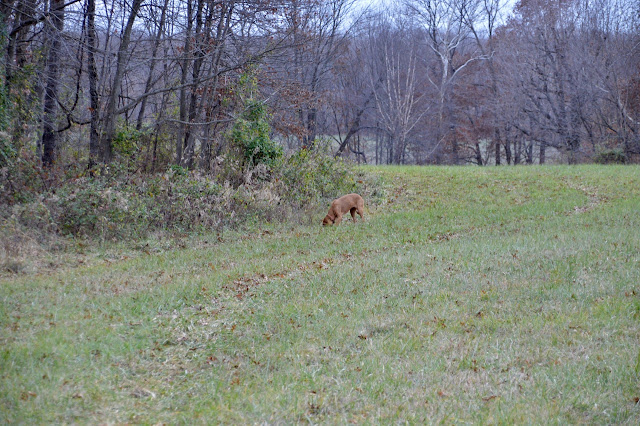 When I saw Sadie look up at me in the distance I knew she'd come running but she had just one more place to check out on the way. 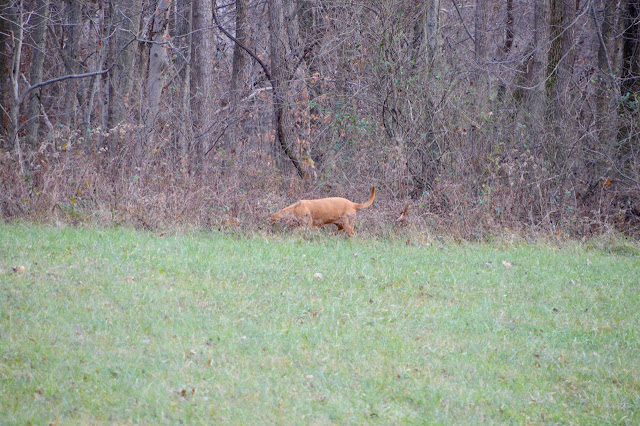 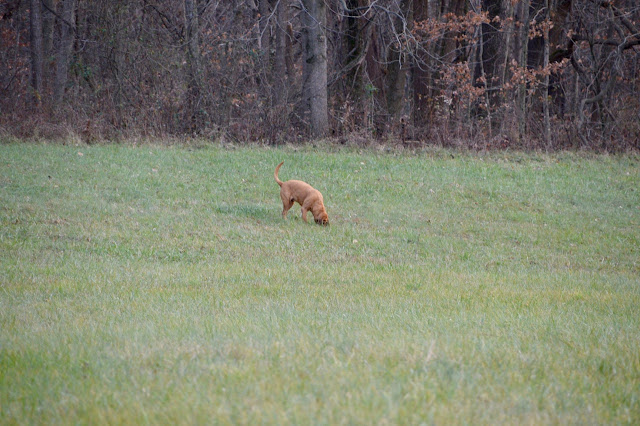 It's good to see Sadie get a couple of good runs in every day. At her age, weight gain can be a health problem. 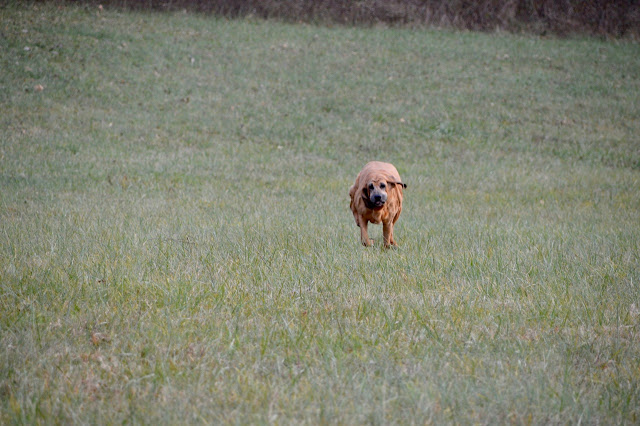 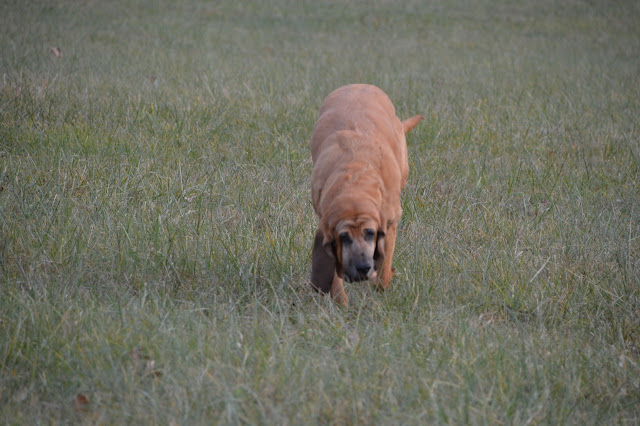 While Sadie was walking next to me, Stella was about to head to the far right corner of the field. You may not believe this but I've seen Sadie do this over and over for at least since she was two years old. She ran over to Stella and touched noses ... Stella then changed direction and headed the same direction Sadie was running, toward the house. 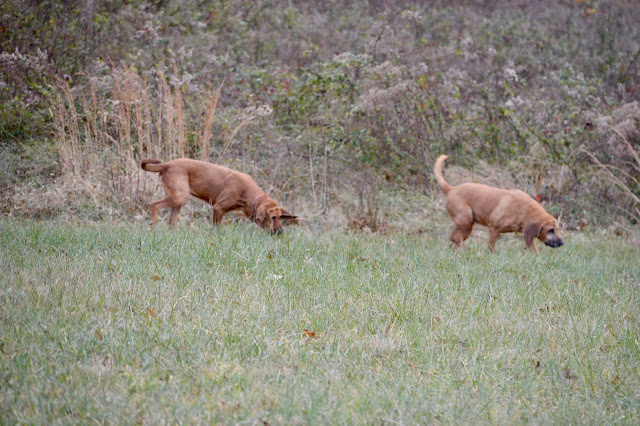 Whatever Sadie told her, she got her ass in gear and took off sprinting toward the house not waiting for me to walk with them. 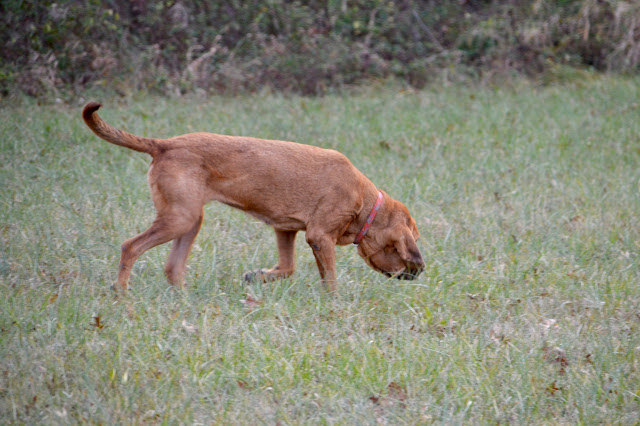 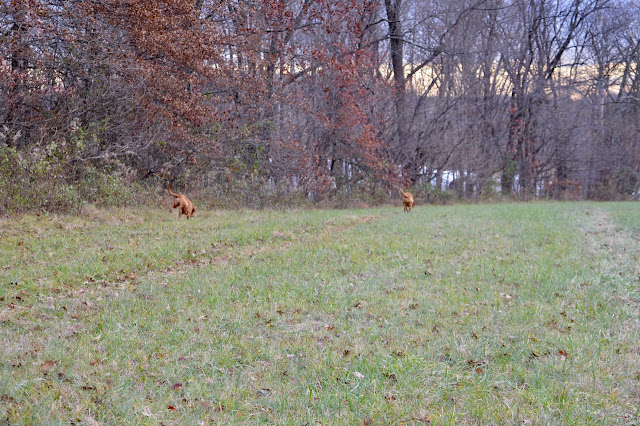 Looks like we will get our first snow this Sunday and by next week the high temps will not get out of the teens. Still that is just a prediction as weather her in 'the tropics' of southern Indiana can change in an instant.

Back to the bookshelf for another book.
at December 07, 2016