It's 15° But The Hounds Walked 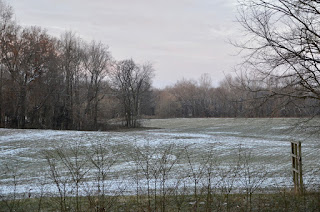 At least it was dry (frozen), no wind and actually really nice outside this morning. It will climb later to the mid 20's but Sadie wanted her morning walk NOW, not later.

We've walked in this kind of weather before plus they are a larger breed, tougher paws ... I still watched for any signs they were getting cold. I didn't see any signs, nor expected to.

Around 8am the hounds went outside for their immediate trip after they eat breakfast kibble. It was 12° then and they didn't stay out long before they came running to the house without me calling them. 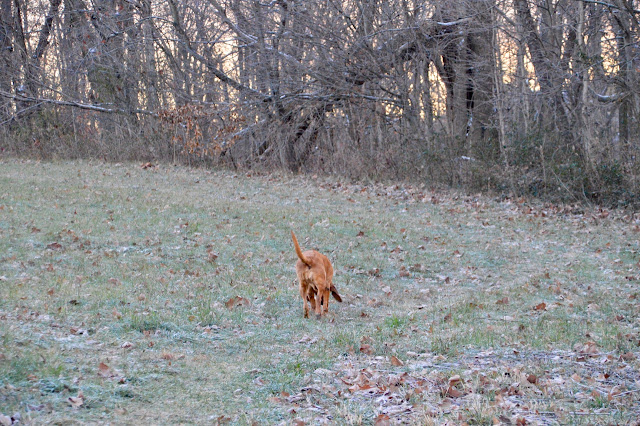 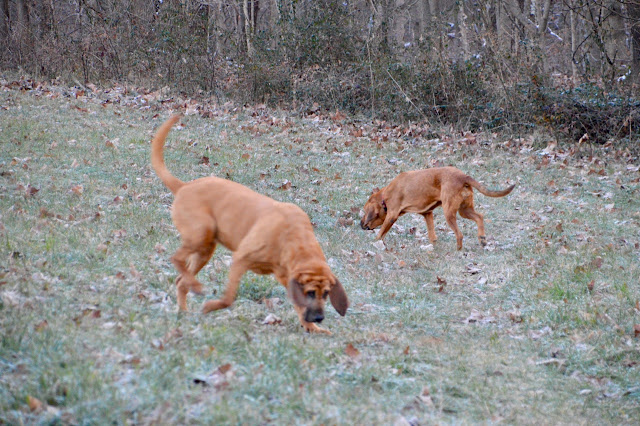 You can see that Stella prefers the hot 80's and 90 degree weather compared to this ... I agree with her. 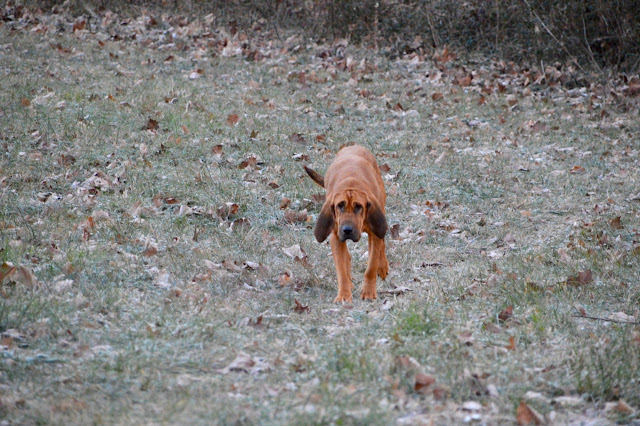 By 9:30am, Sadie wasn't going to wait any longer ... so off we went. Patagonia was my best friend today. I was warm underneath my jeans and down jacket. The hood over a ski cap and gloves worked fantastic. It's hard to take pictures though with the large padded glove fingers. 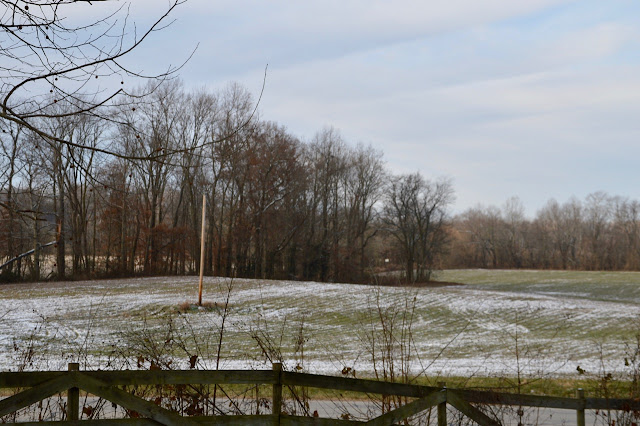 Stella took off fast but I knew she wouldn't be leading Sadie and I on this walk ... she is into the routine of not even completing the walk and spends most of her time in 2-3 different spots. I can't say I am happy with her new routine but I know it will eventually change ... when SHE decides to. 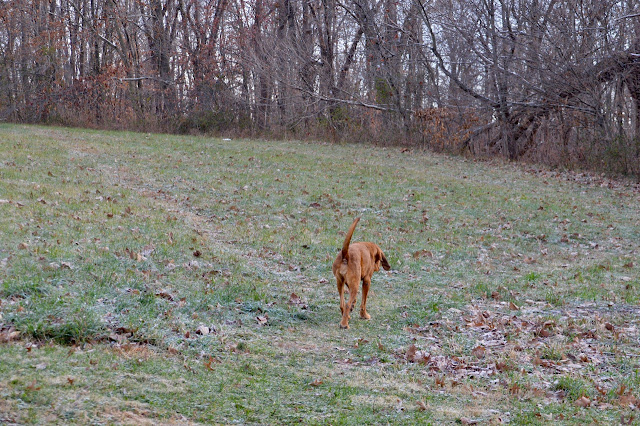 With frozen ground I have to watch and make sure they don't cut their nose from sniffing the ground. I can't say that has happened often but at least once over the past 8 years to where I am aware of the possibility. 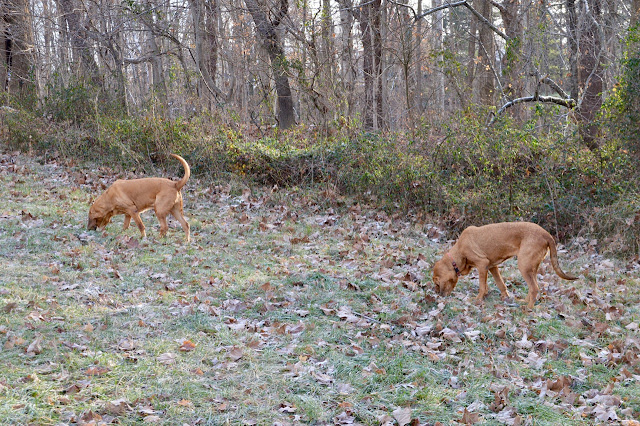 As you can see Sadie is moving 'full steam ahead' while Stella is at Stop #1 on her path. 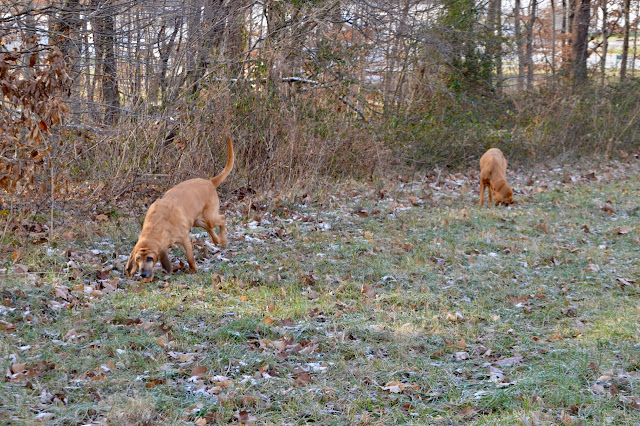 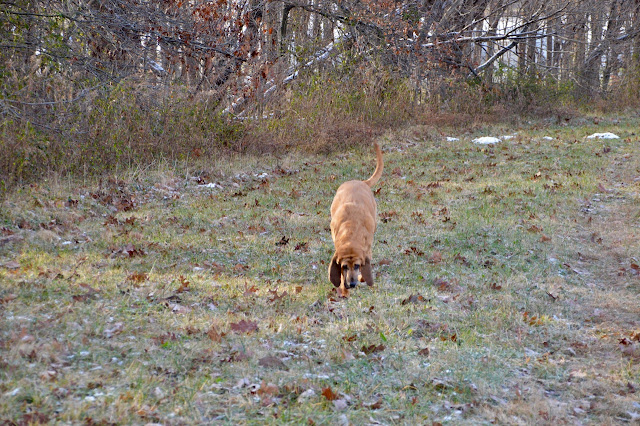 She isn't coming no matter what. 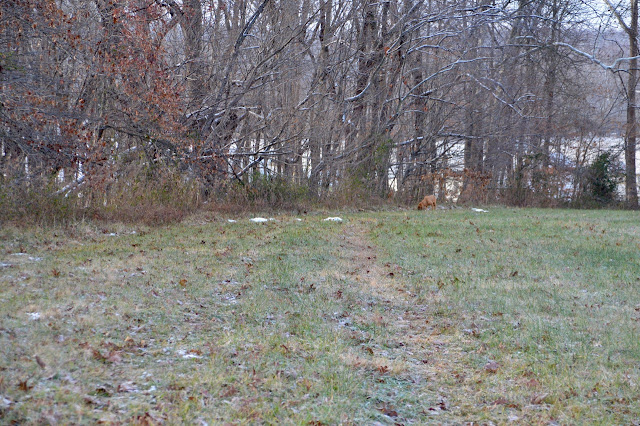 This helo picture is for a reader that flies helo's sometime. He would know what model this is. I am not sure where it is from or who it belongs too but it's the 2nd time I have seen it this fall/winter. 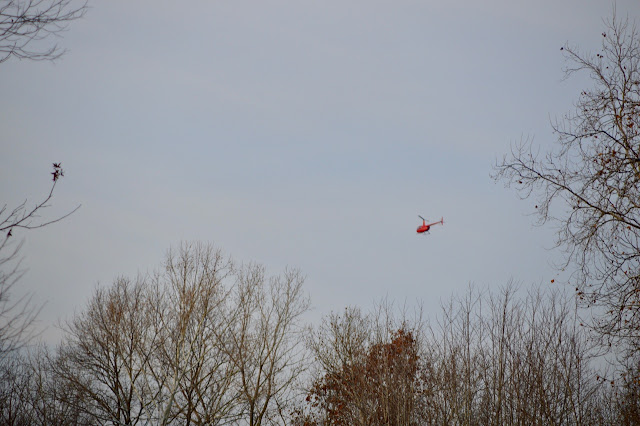 By the time I took the helo picture, Stella had snuck up on me and was at the 1st turn of the walk ... that is her Spot #2 where she likes to hang out. 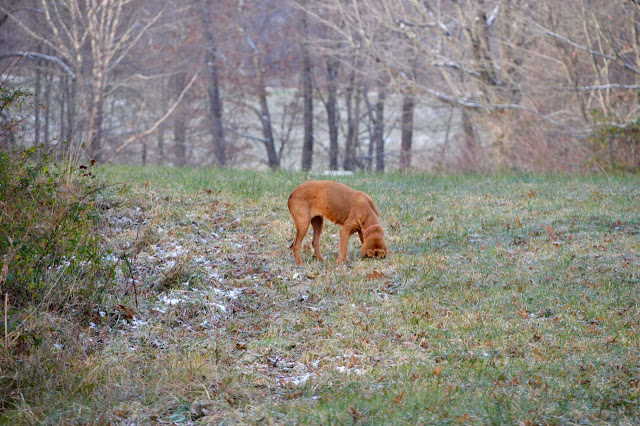 Sadie and I continued on our walk leaving Stella at her own pace. 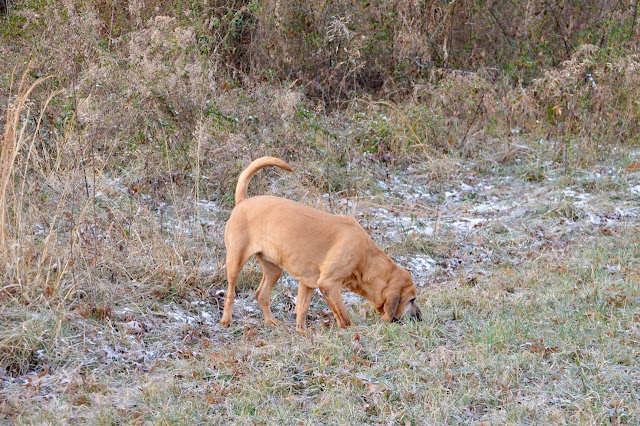 Even the picture has a feeling of 'freezing' to it ... much different than the same shot taken in July. 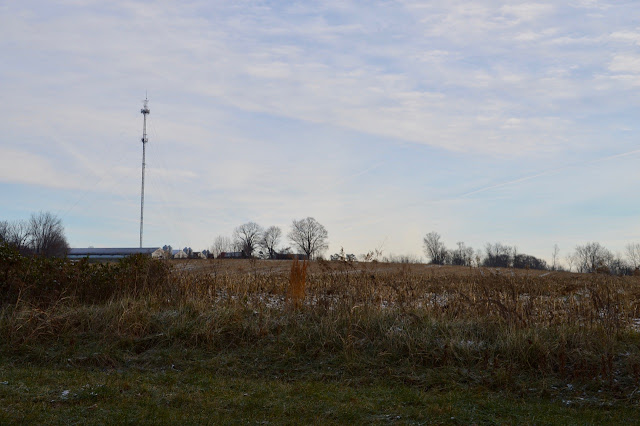 As Stella lifted her head and saw that Sadie and I were on the path back home .. she started trotting in the general direction of the far right corner. With temps so low we didn't have time for that this morning so when I yelled "hey" she made an abrupt left and started trotting towards us. 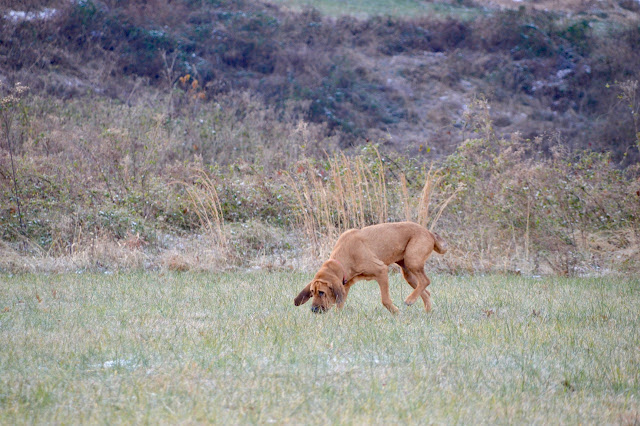 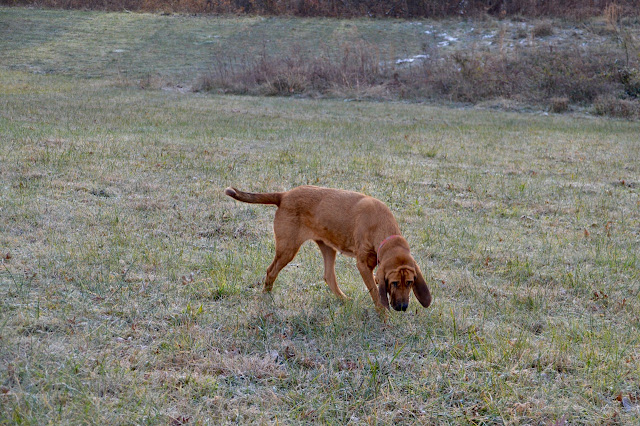 Sadie of coarse had to trot in her direction and touch noses with Stella to let her know it was time to get home ... it's freezing. 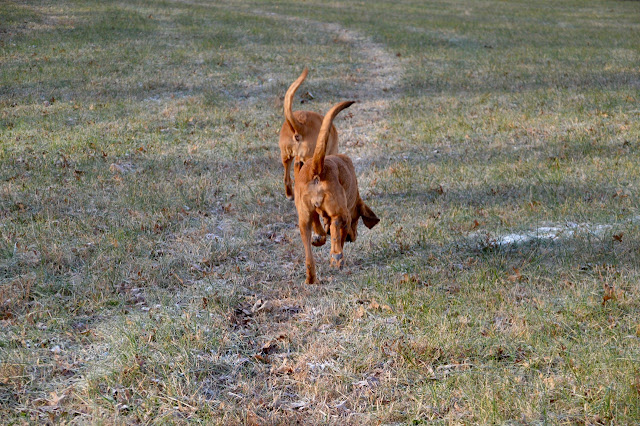 By this time I thought I might have to go out and get Stella if her paws were frozen. But she did not start limping if they were and she did her normal slow walk back to the house. 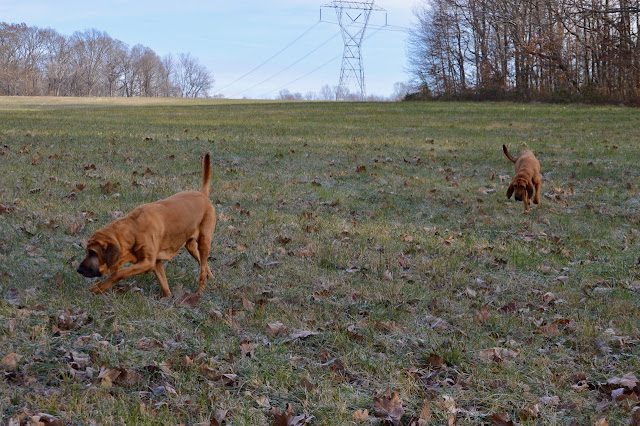 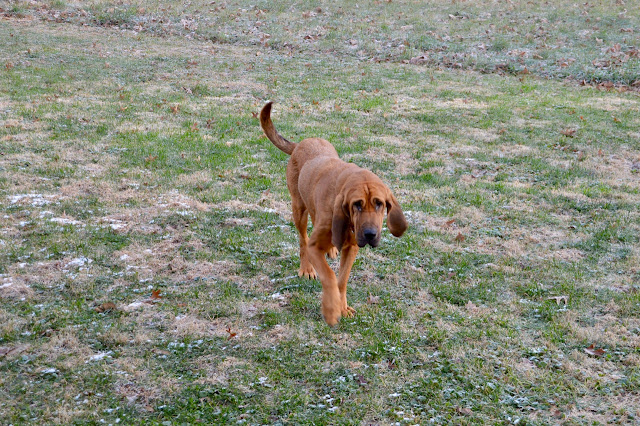 Not much is planned today with the weather the way it is outside. It makes those 28° days seem pretty nice and I look forward to seeing days in the 30's sometime this week.

I've finished reading the books I checked out from the library so I might sneak out sometime today and replenish the supply of reading material. With the roads being dry I have thought of pulling the car cover off the Z4 and taking it out for a spin. I will drive it a little during the winter as long as the roads are dry and there is no rain or snow in the forecast.

No regrets on making the FJ trade on Monday ... that's a good sign.

I've been watching a show on the National Geographic Channel called Continent #7, about research with a team of scientist from New Zealand. They are one of 11 countries doing this type of research. The NOAA released their Arctic Annual Report card this morning with some interesting news (bad) and some of it was discussed on the tv show I was watching.

You can click here to read the article. Their last show of the season is next Tuesday night.

I am not sure why but in some of the photos and at different times I see her here at home, it looks like Stella is losing weight and getting thinner than she should be. Other times she looks like she always has when I compare her to older photos. We may need to take a trip to the vet to check it out.

She also seems to be drinking a lot more water now that it is colder, than she did last summer ... at least I am filling up the large bowl of water for her and Sadie more frequently. She will also go into another room to steal some of Heidi's water at times.