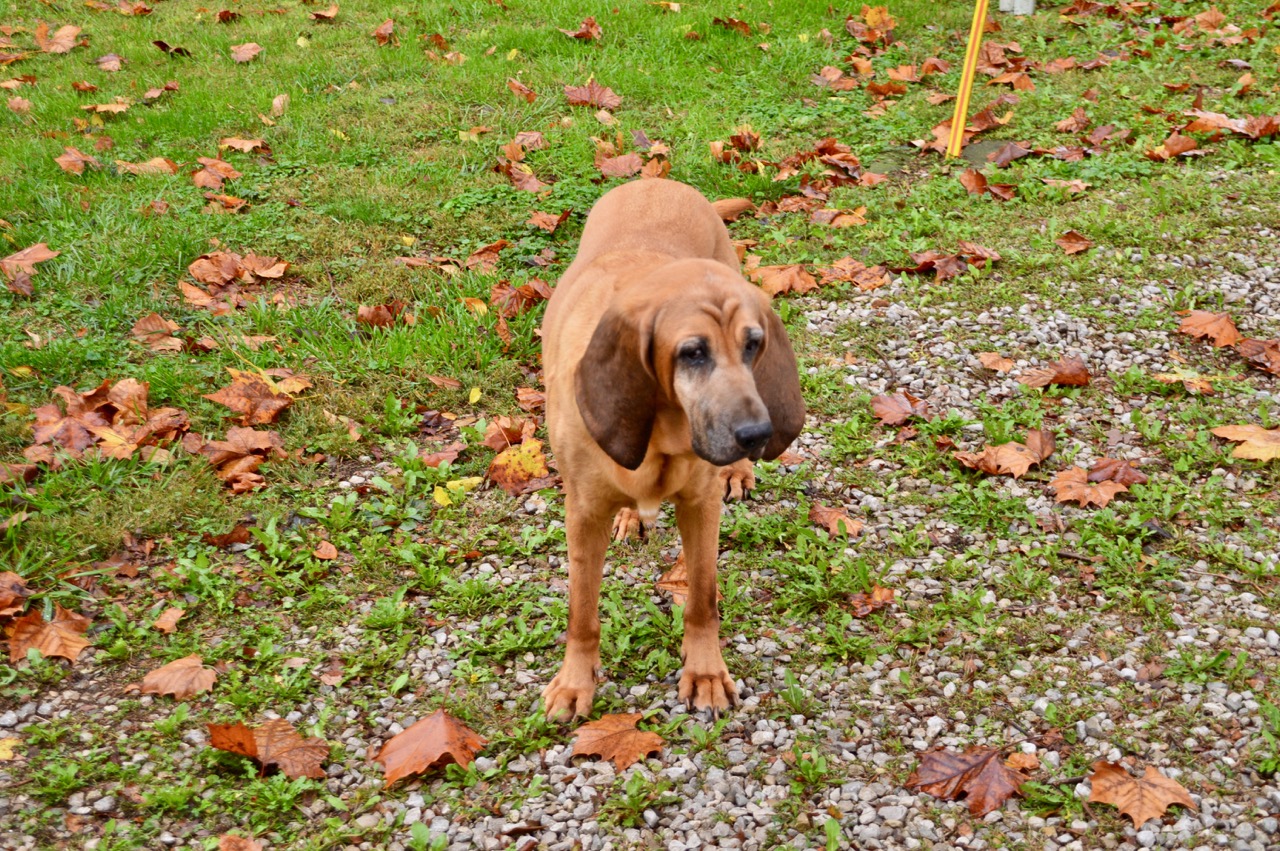 The predicted rain started last night and I could hear it throughout the night with the windows open. It did not even stop long enough for the hounds to take their morning trip outside while I poured out their morning kibble. Sadie made it out the yard but Stella nor Heidi were going to out in the rain to pee ... so they stood in the carport waiting until I was finished, normal routine.

Consequently it had been a pretty slow day being cooped up inside. Once the temperatures dropped to 51° I walked around and changed the storm windows from screens on the lower half to winter windows. Nothing in the 10-day forecast shows we will return to temps warm enough to open the windows. After checking the weather radar all day, trying to find an opening in the rain ... we found a gap so that we could take our first and probably only hound walk at 2:30pm. 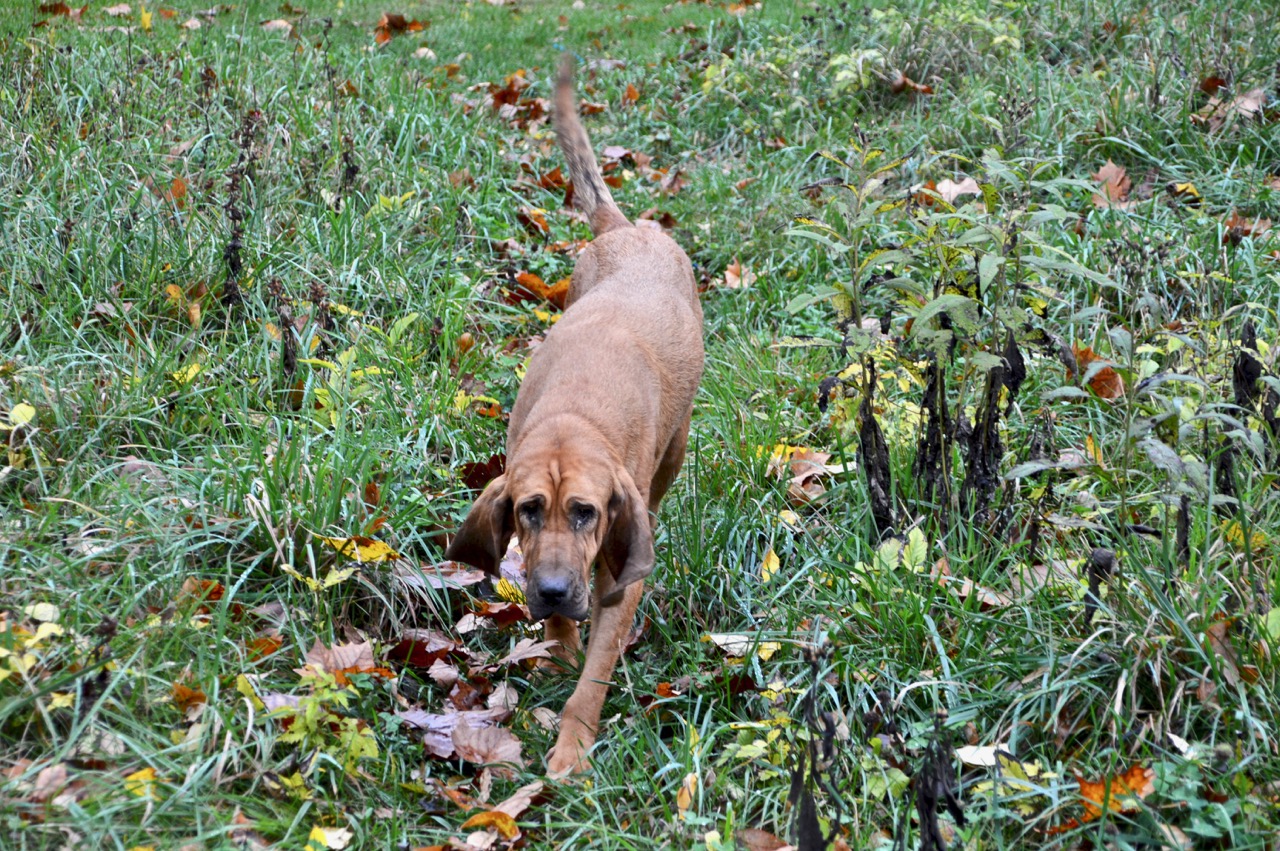 I had already changed to jeans, a sweatshirt and a rain jacket over that for the walk. It was going to be close if we could do a complete walk and get back to the house before it started raining again. Both hounds were happy to get outside but Heidi saw that afternoon temperature and once again said 'no way'. I look for her to go out tonight at the same time she always goes out after dark. 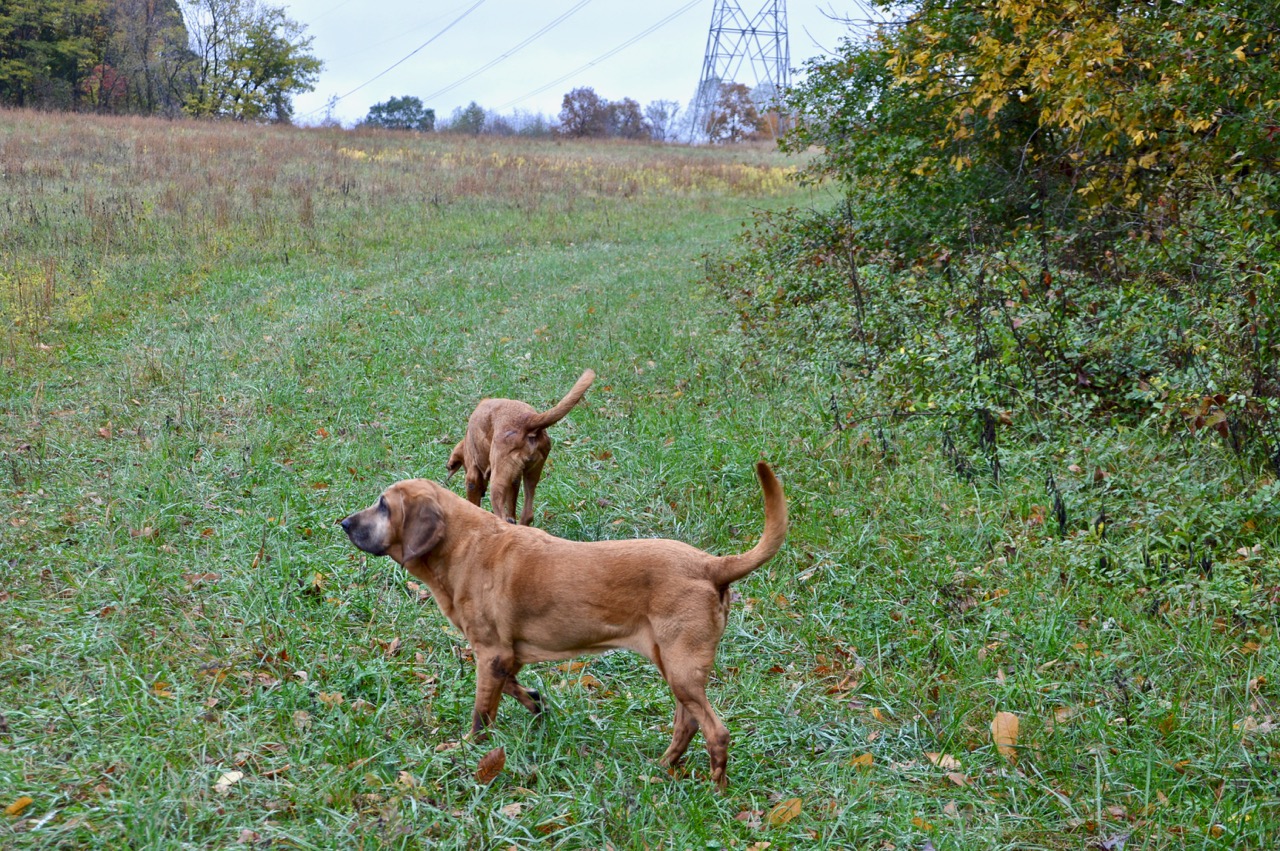 It wasn't cold, I didn't smell any smoke in the air like the last few days. Plus the rain had not really been that heavy but it had been a light steady non-stop rain. I am wondering how late into the fall will I mow the lawn for the last time. 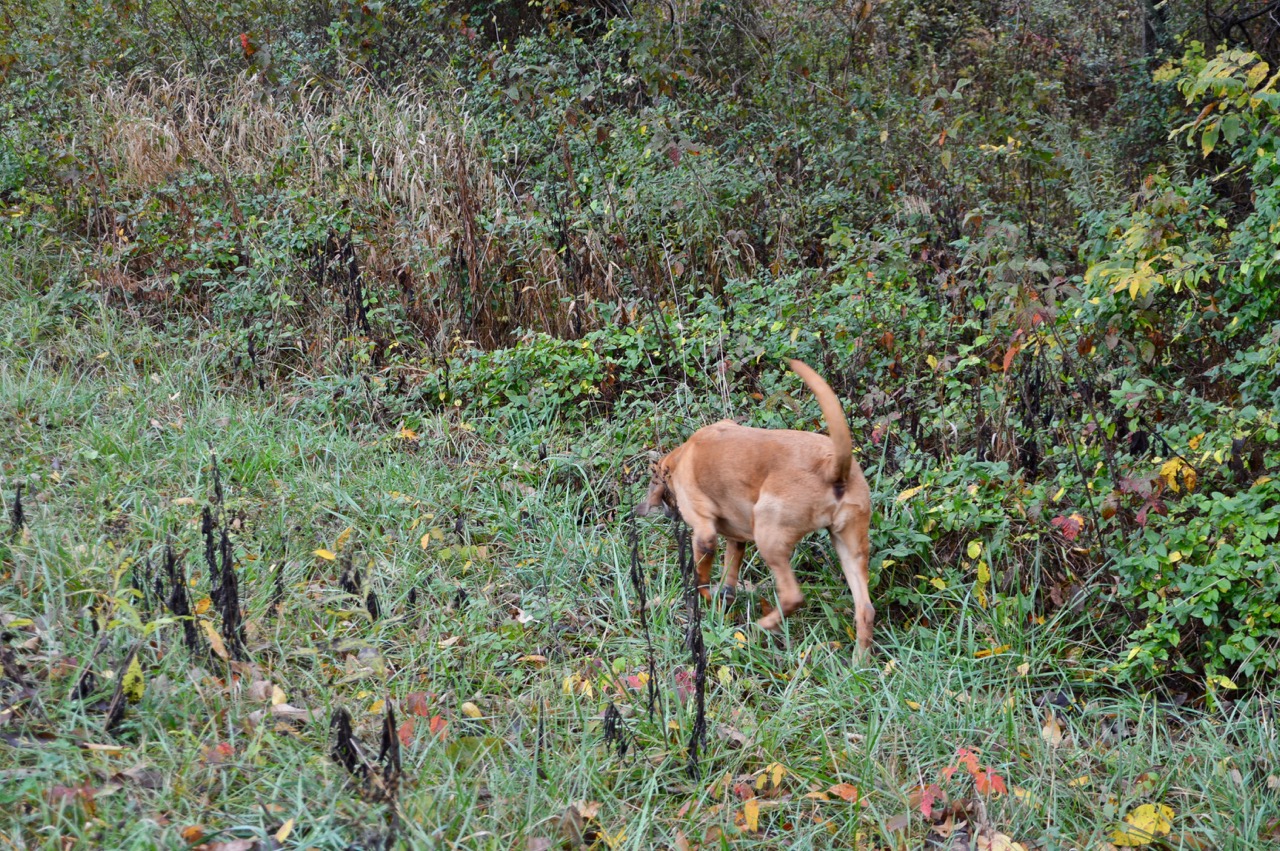 Stella was showing more energy than normal with a bounce to her step from the time she left the house. While I was catching up on my taped tv shows last night, she snuck away into the kitchen. Standing on her rear feet and looking over the kitchen island, she was able to pluck out my last mango out of the fruit bowl and ate everything except the large seed ... skin and all.

How did I know? As she came back into the living room like nothing happened, thinking she would climb up on the couch on the other side of Heidi while I was watching tv ... I noticed some mango residue hanging from her jowls. A dead giveaway ... she was caught just after the act again. That is what I get for letting the mango sit for a few more days to ripen I guess. 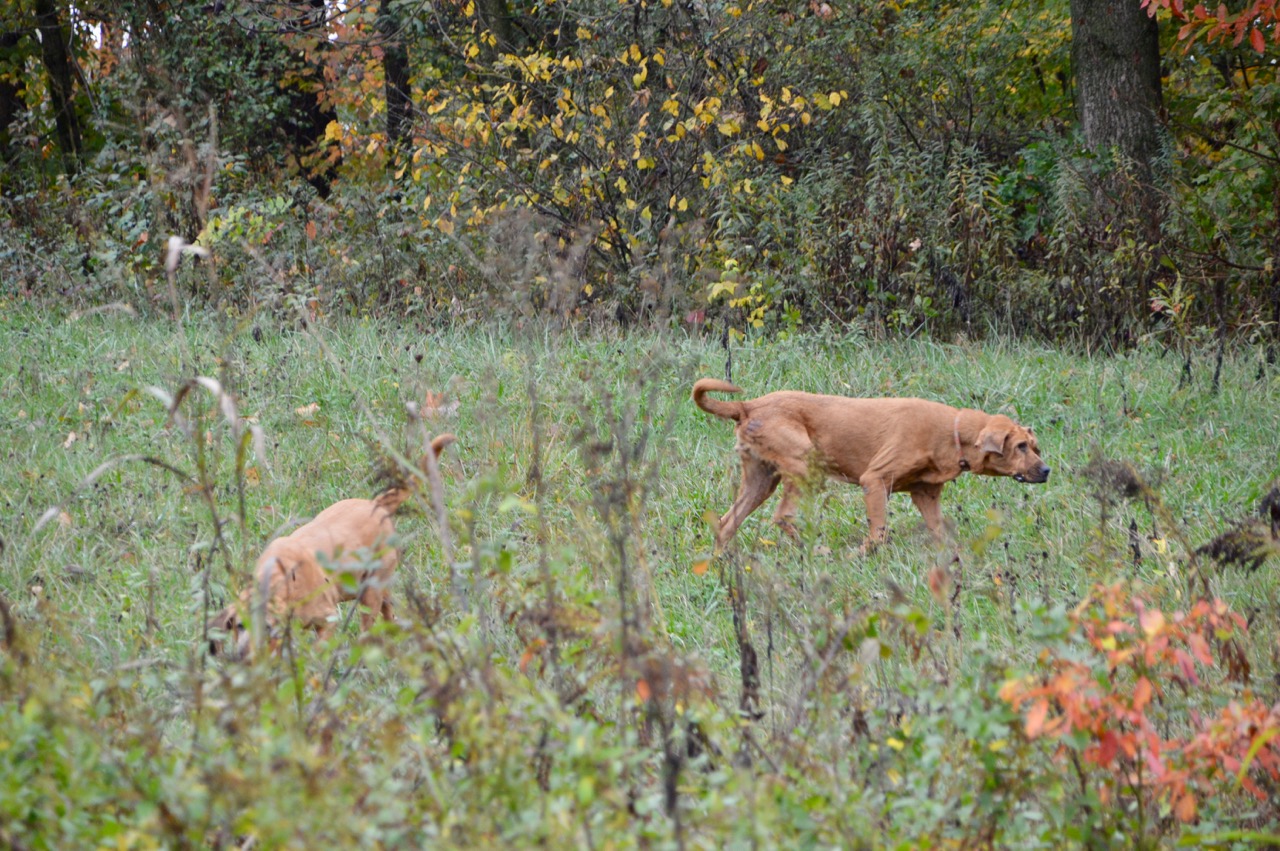 So today we played around the computer for most of the day. My iPhone told me I needed to update my iTunes but my App Store on my iMac showed I had already did the update and the download. With my iPhone using my wifi connection to save some Verizon data I couldn't find out how large the file was ... so it started downloading and installing. You never want to stop those until they are finished ... but my Activity Monitor was clicking off data faster than I could even imagine.

iTunes update finally stopped at 2.3Gb but so far my HughesNet is not showing that much data being used. I have come to the conclusion there are very few ways a person can control their data usage anymore. All  companies that provide internet service know we are addicted and knew we will pay for more data if needed. I still think that HughesNet uses more date per day than the Exede service I was using the previous two years. By my calculations while I do basically the same type of internet surfing, HughesNet has me using about 300Mb more per day than I did with Exede. 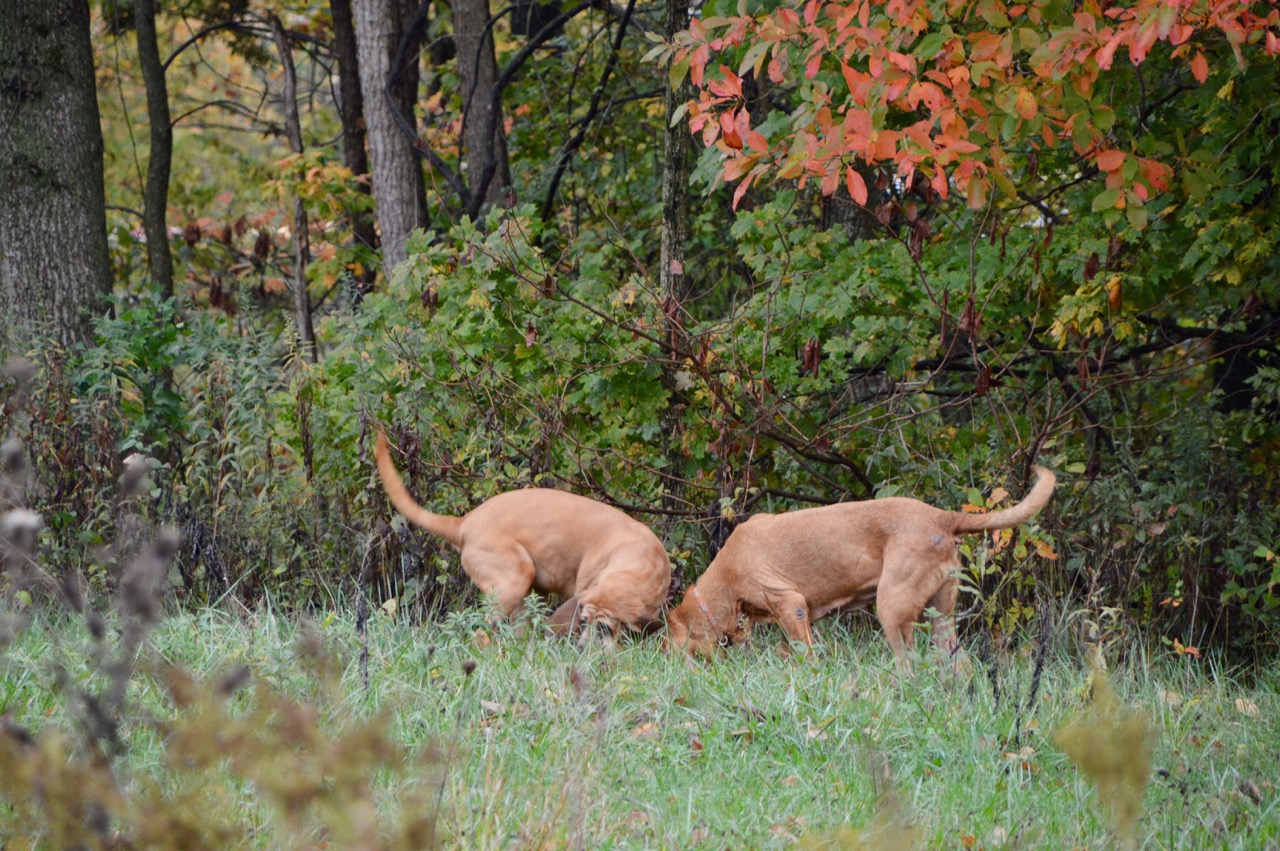 What was a slow dragging day turned into some fast excitement while I was editing photos for this blog. The hounds didn't bark but did get up from their naps. I thought I heard knocking at the front door. That's a sign that a lost stranger is at the door because all people that know me always come to the door in the carport since that is the door we use the most. 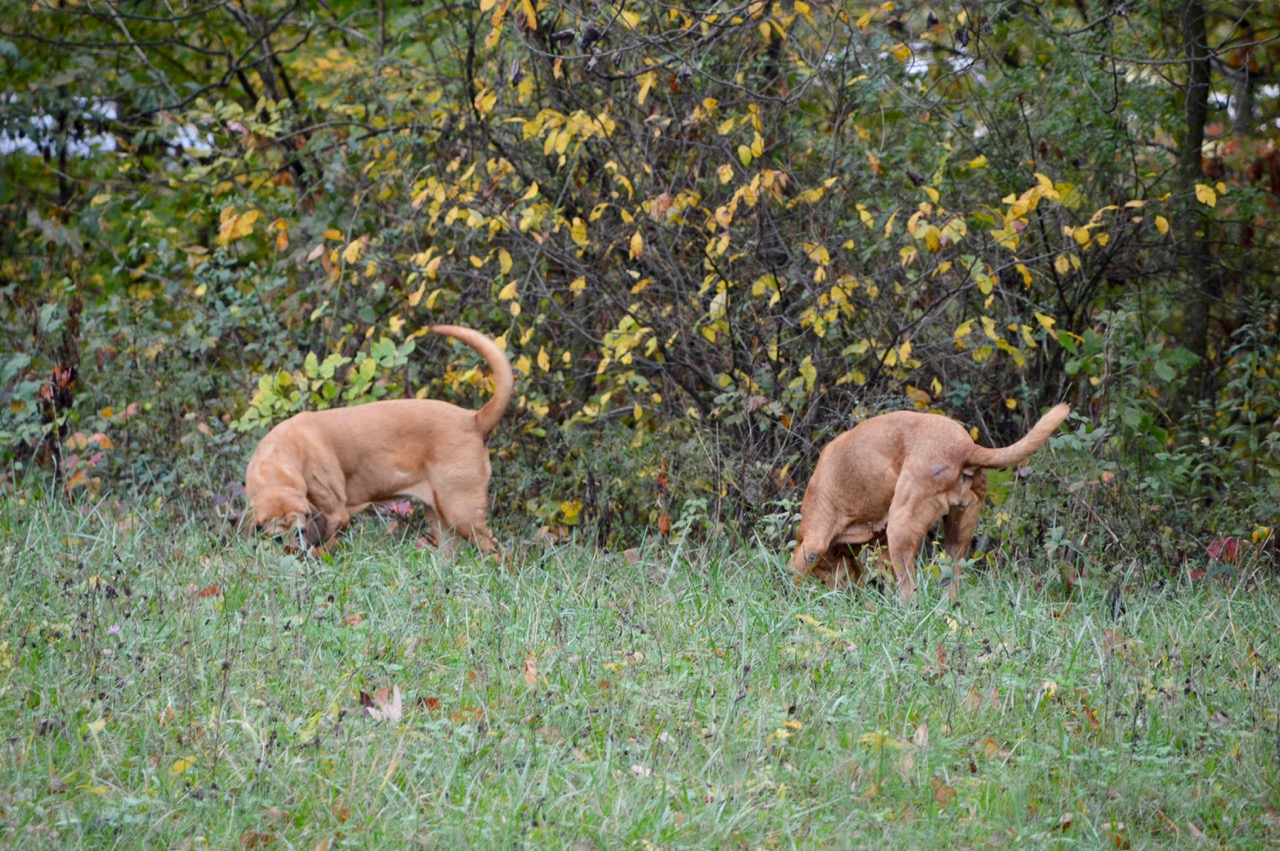 Once I confirmed a stranger (door to door salesman) was on the front porch with the 'getaway' van parked in the driveway running ... my adrenaline increased as I move into 'game mode' ... have I ever told you how much I hate unsolicited salesmen?

As I walked through the carport around the Z4 to see who was at the door, the 'getaway' driver waved at me with his window rolled down. My pulse rate increased even more ... LOL ... I was going to have some fun as I usually do. 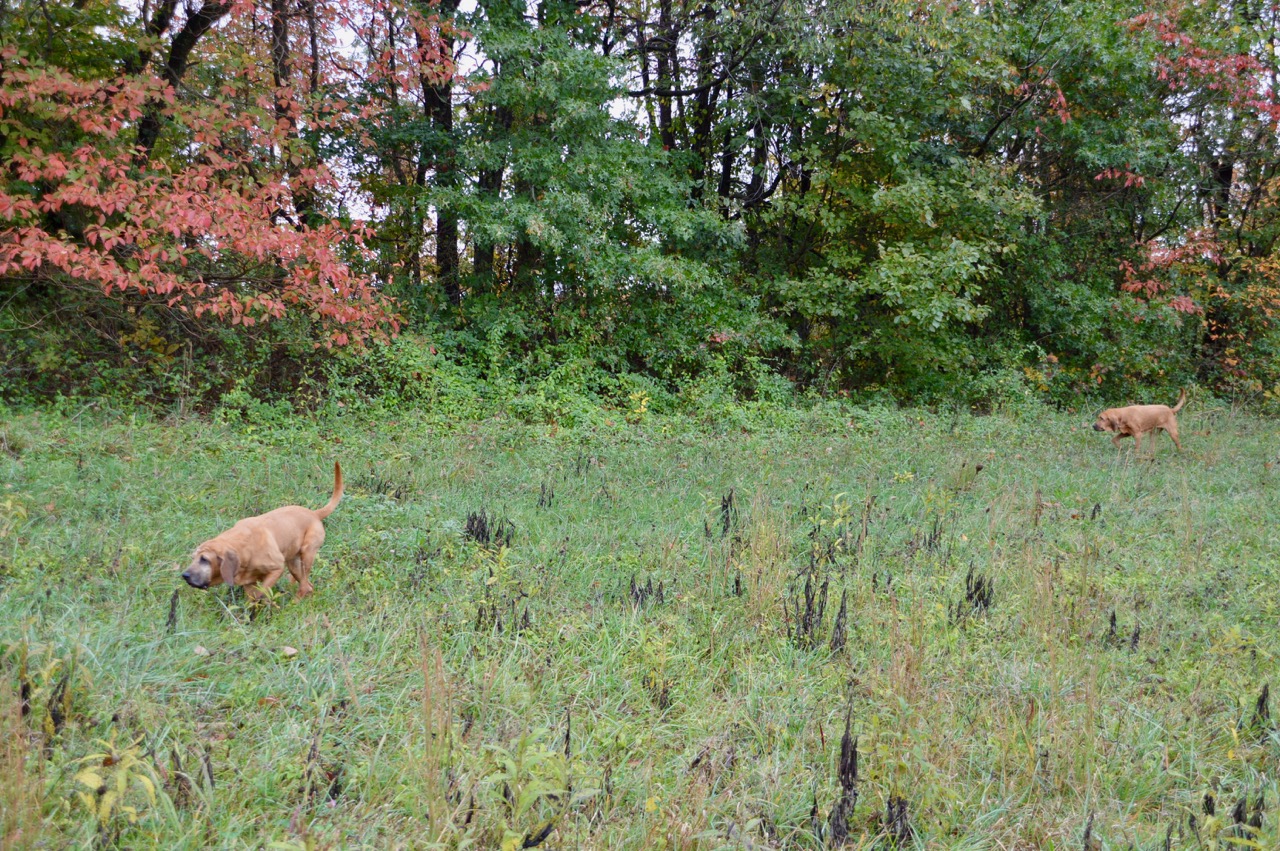 He had the same sales approach as the Satellite TV/Internet rep did a couple of years ago ... but he was talking so fast I really couldn't understand him ... so I let him ramble until he had to stop to breath ... then I CALMLY asked him "what the (*&#!*&&*$#@ do you want? 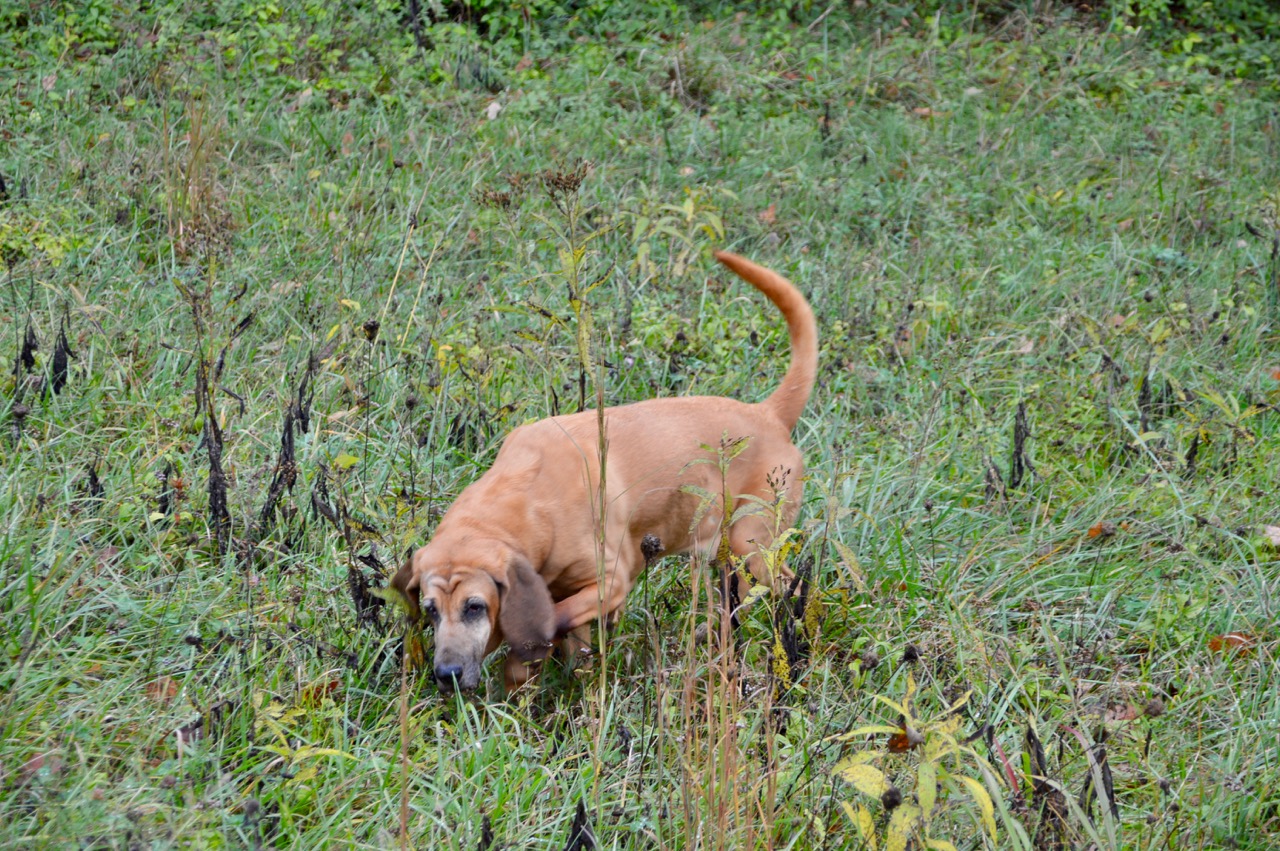 He made the first mistake for a sales rep, man or woman, ... he didn't listen, didn't answer my rude foul question ... he proceeded to talk just as fast as he was before following his well practiced script. At the same time he was handing me a large container of Comet. Did he think that would confuse me with a free can, worth about $2.49 at Walmart along with his fast talking.

I still have no idea what he was trying to sell me or what he wanted. He did ask me what I would use the Comet for ... my honest answer was "not a damn thing" !!!! 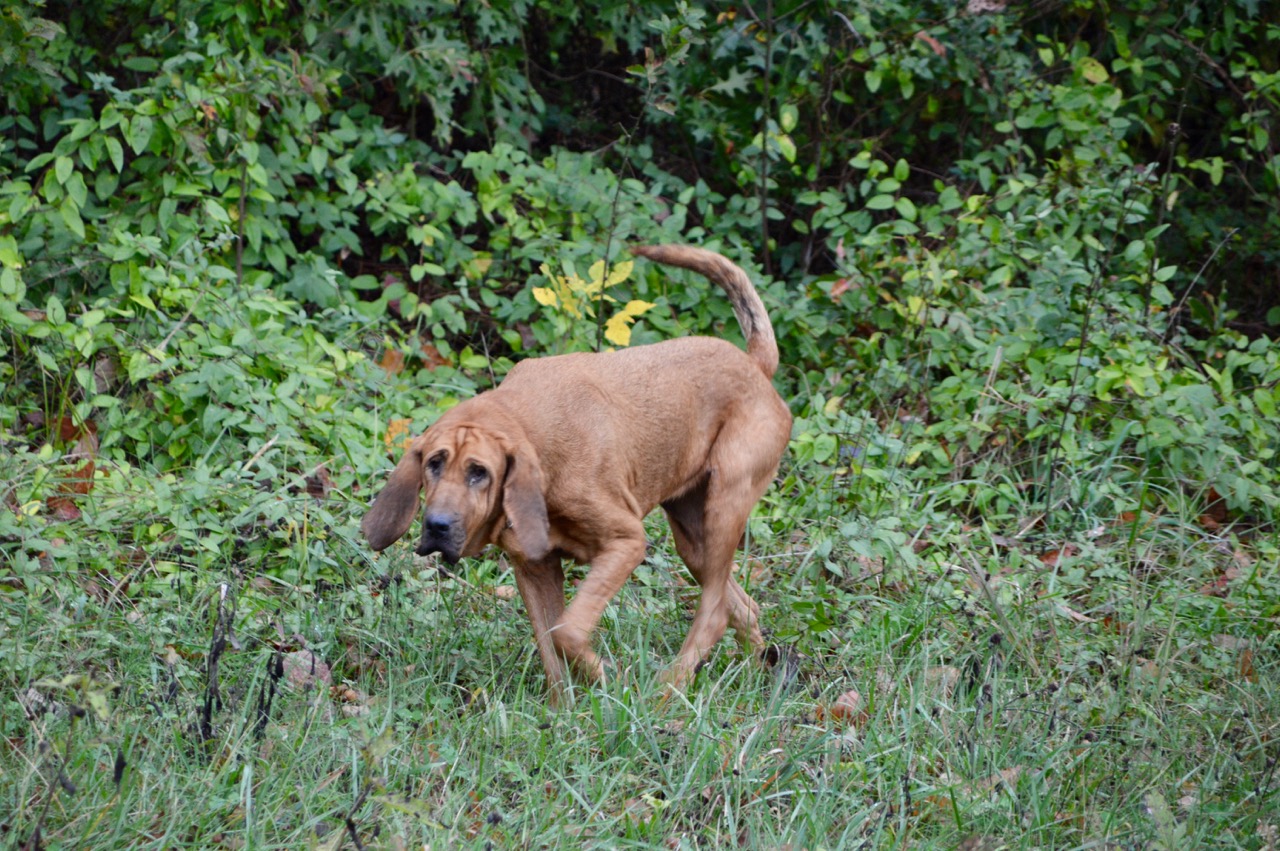 That answer did not even phase him. As he continued to mumble into the next phase of his sales pitch, one that he had practiced so many times before 'hitting the streets' ... I could tell he was on a mission to make this sale, after all I had a pulse, I had answered his question ... there was hope for success. For some reason he started trotting sideways down the lawn toward the back of his van as I stood there with my free (I thought) can of Comet, a $2.49 value at Walmart.

I still has ZERO IDEA what he had said or was trying to sell me !!!! 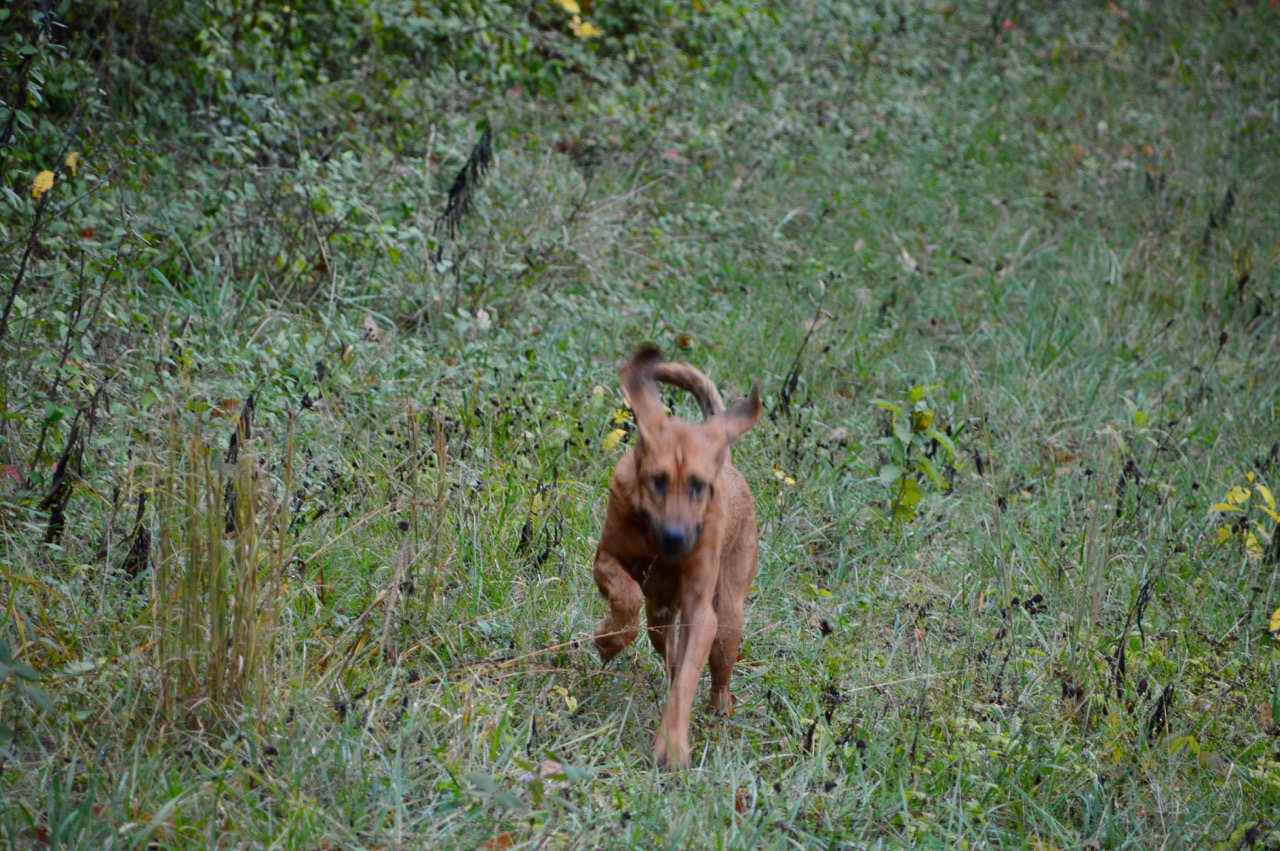 He was still mumbling something I couldn't understand as he approached the van parked half way down the driveway about 50' away from me. I yelled that I had things to do and started walking back to the door to go inside. I THINK he was yelling for me to give him MY FREE can of Comet back ... at least I thought that is what I heard .... so .... I tossed it to him from my front carport door step .... flying end over low enough to clear the roof overhang .... but I knew it was going to fall short and not reach him.

I didn't want to hurt him with a 95mph football pass so I tossed it underhand ... the last thing I saw as I opened the door was that free can of Comet hitting the wet grass, kicking up a divot from my yard, and a small chunk of yard attached to the can of Comet. 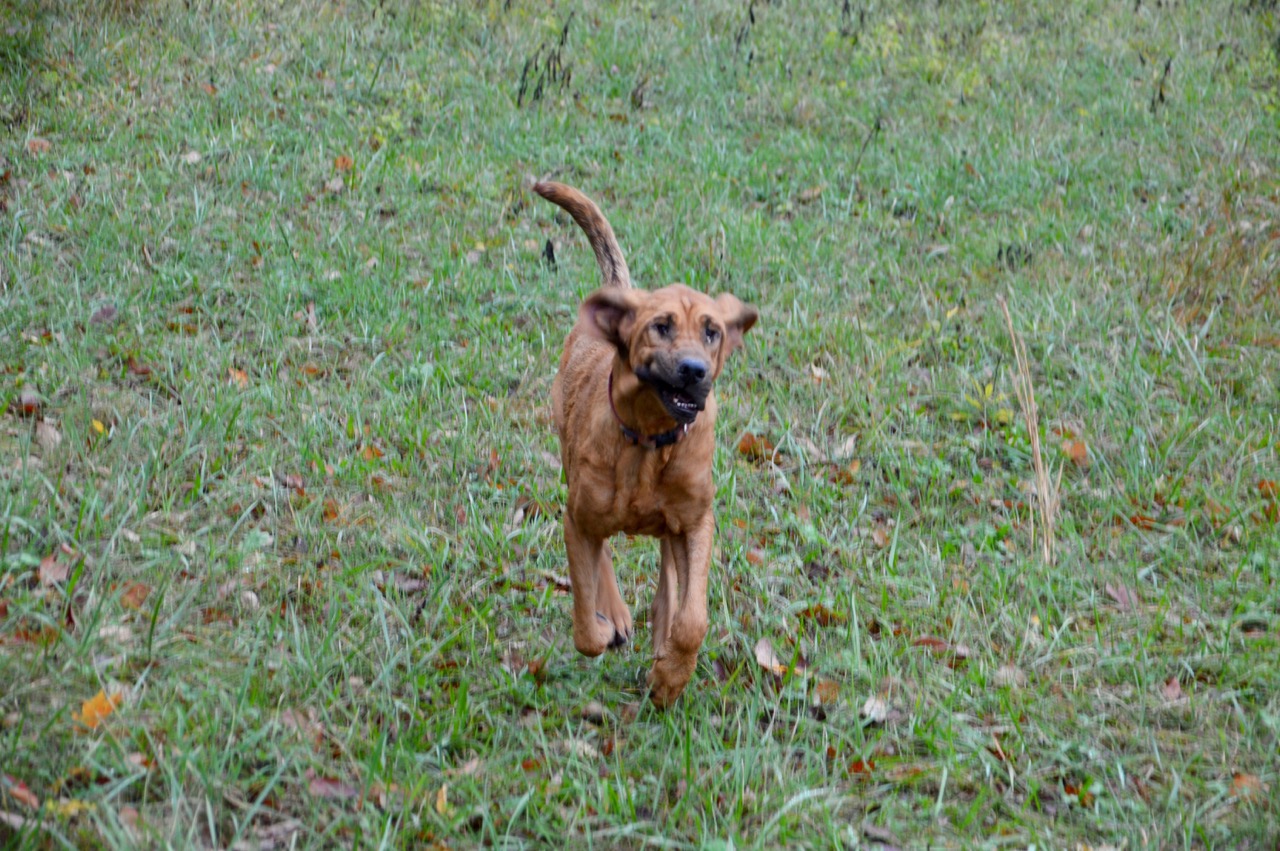 Some may think that is not nice of me ... but all is fair in war and door to door salesmen that don't listen to their potential customer.  LOL 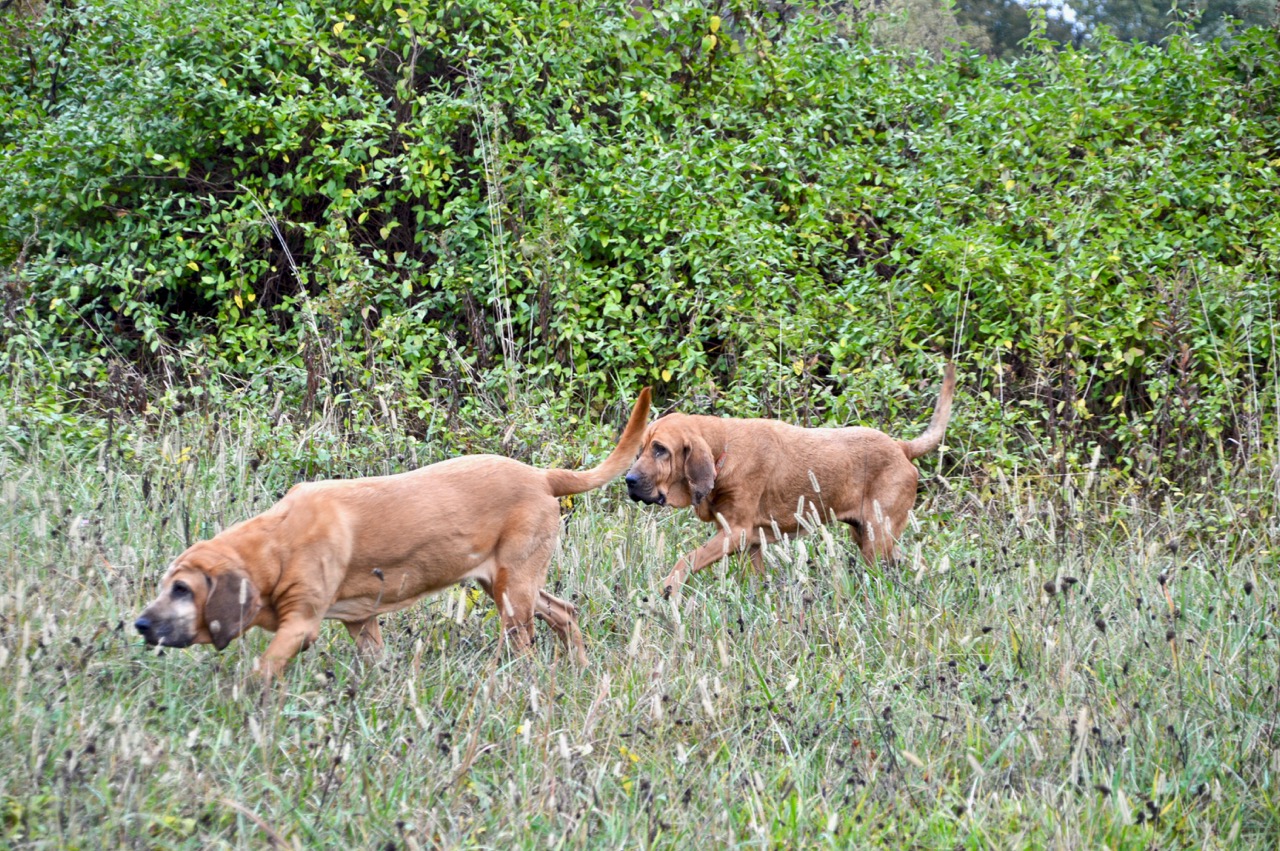 How did he or they decide to pick my house? All of my 3 neighbors are home with trucks in their driveway ... yet as I glanced out of my large kitchen window I saw 'that van' heading south bypassing my next-door neighbor that happened to be standing by his mailbox rescuing his mail before the next rain. The van didn't even honk as they flew by him. 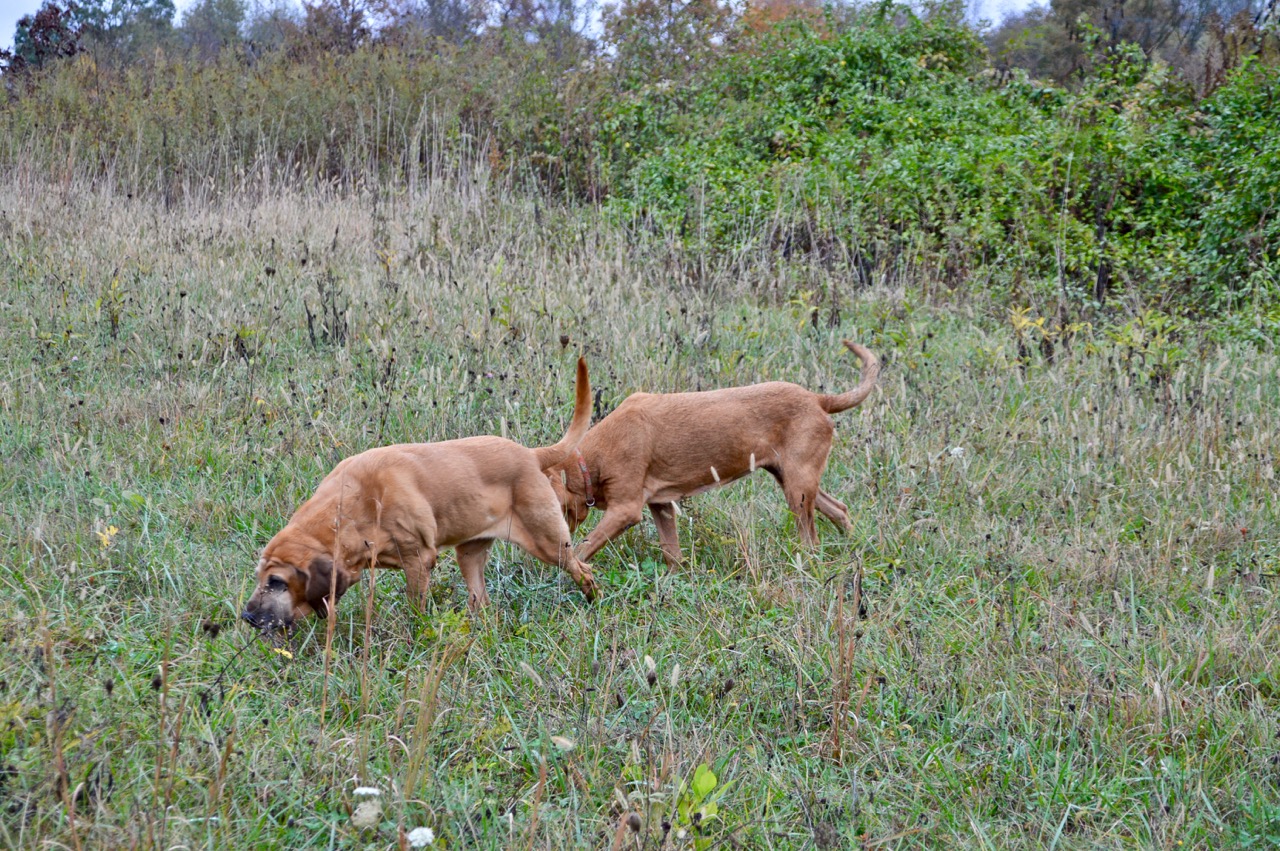 So any guesses what they were trying to sell me? A free container of Comet was mine to keep if I would have just signed some paperwork. I let him approach the carport from the front door because I thought he was going to try to sell me whatever satellite tv service that I did not have, which in my case they would give me the best deal on earth to switch to DishNetwork. It wasn't that. 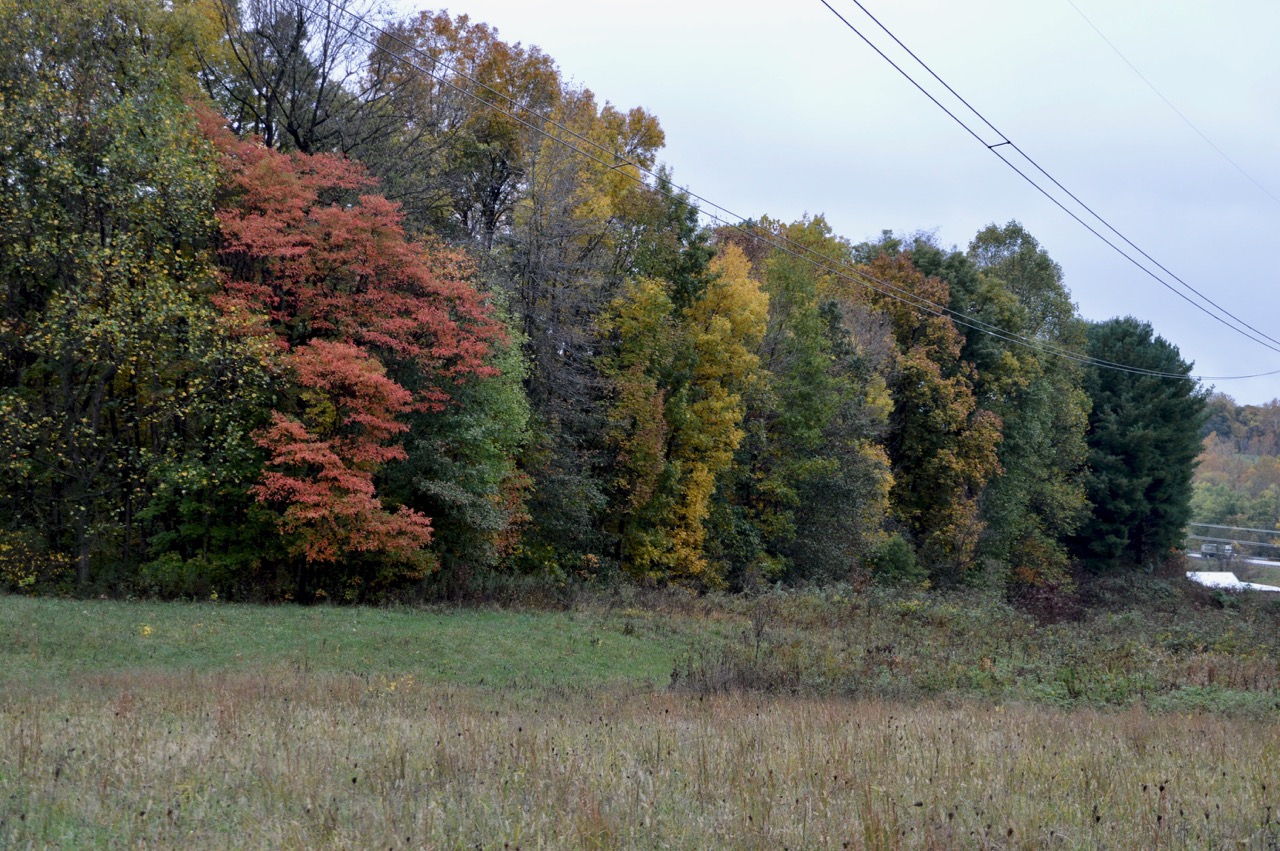 Looking back on the experience I probably should have let the bloodhounds have all the fun. They wanted out the door bad when I opened it to walk outside. With any bloodhound, excitement brings drool, excitement of seeing people brings them close so they can figure out who they are. How would he have felt seeing two large dogs running at him with 'Gorilla Glue' type drool flying from each of their jowls with each jogging step? It's probably best that I kept them inside to prevent any chances of being sued by a scared sales rep.

As you can see in the last 24 hours the trees continued to change colors. 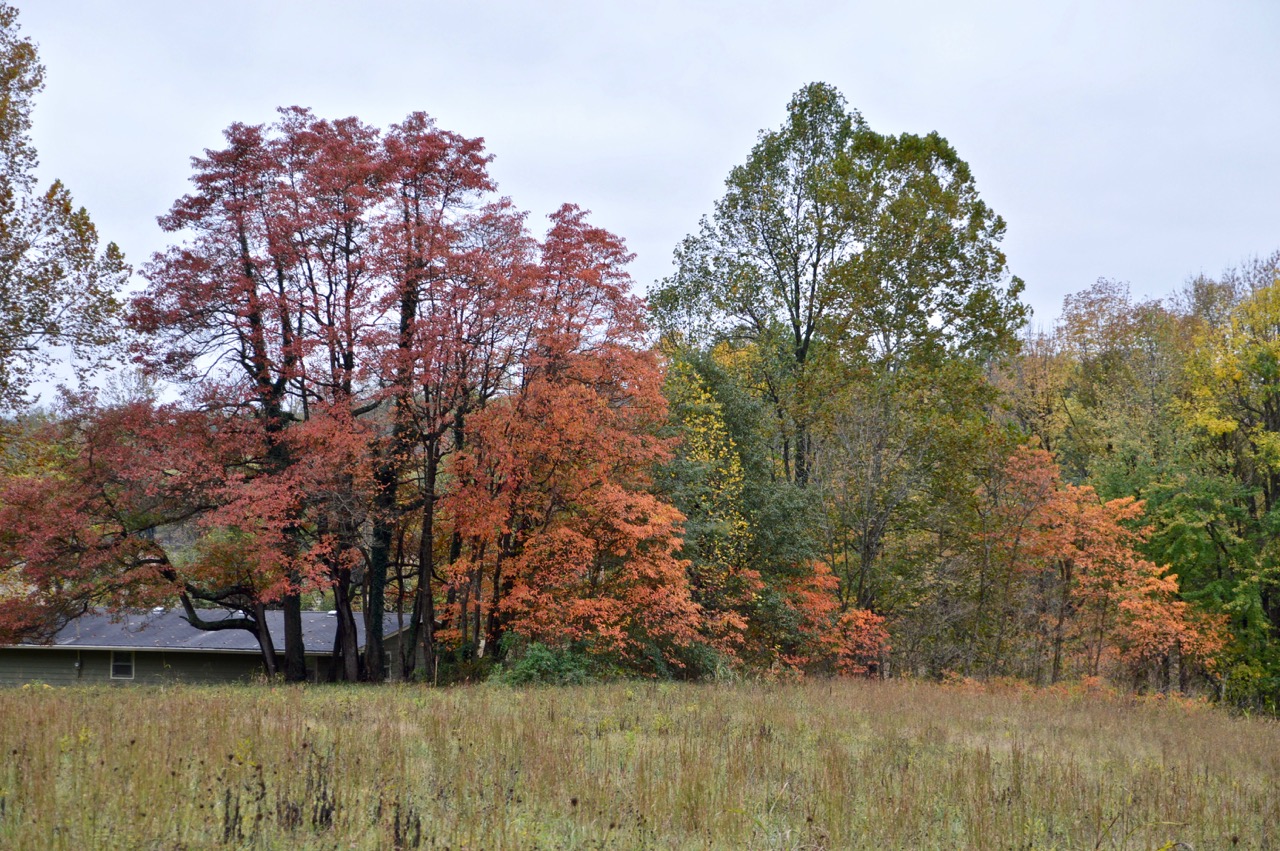 I guess I will have to 'google' and find out what is being sold by door to door sales reps offering free cans of Comet. 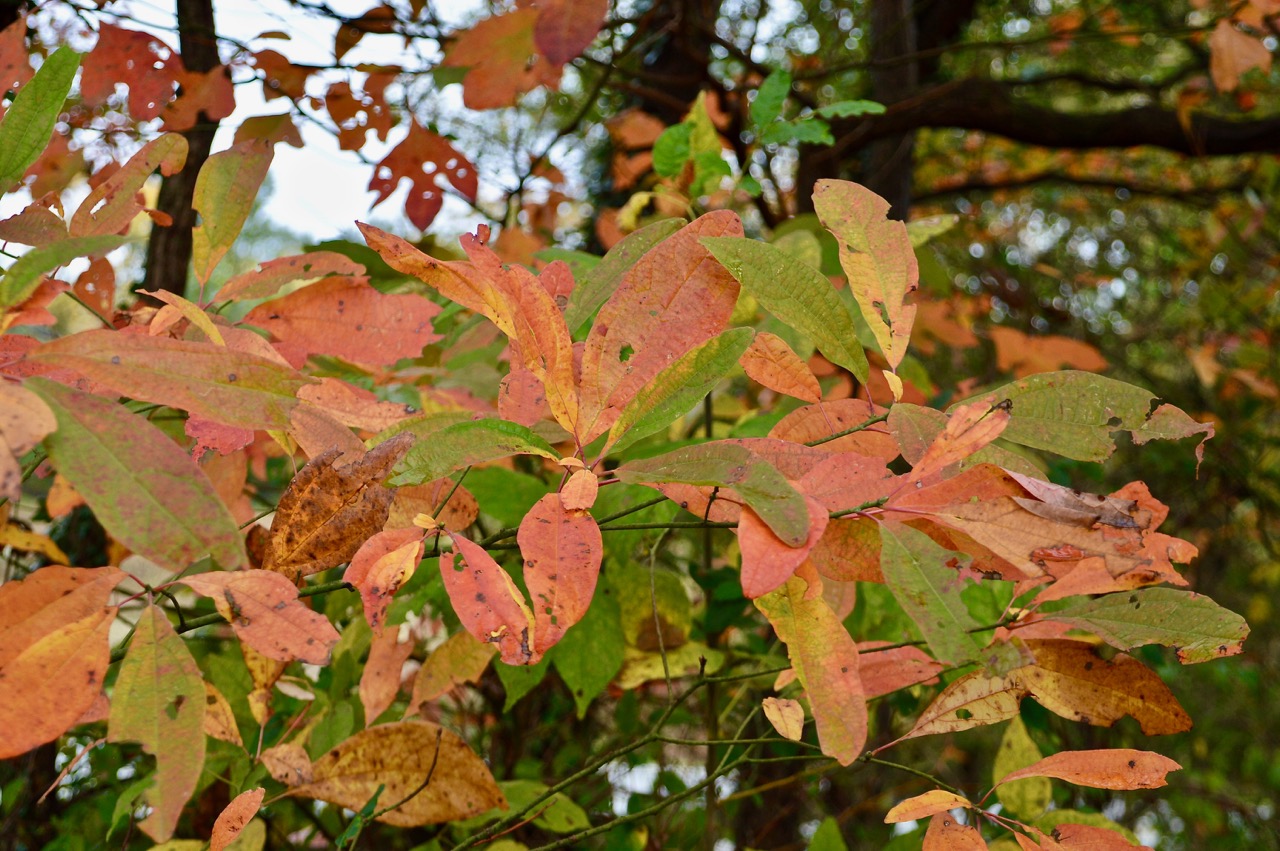 The hounds are snoring. No baseball games tonight. There is a NFL game where I have little interest in either team playing. Sounds like a good night to watch a movie or two and hope we don't have to turn on the heat.

Never a dull moment in 'the tropics' of Southern Indiana.
at October 23, 2017