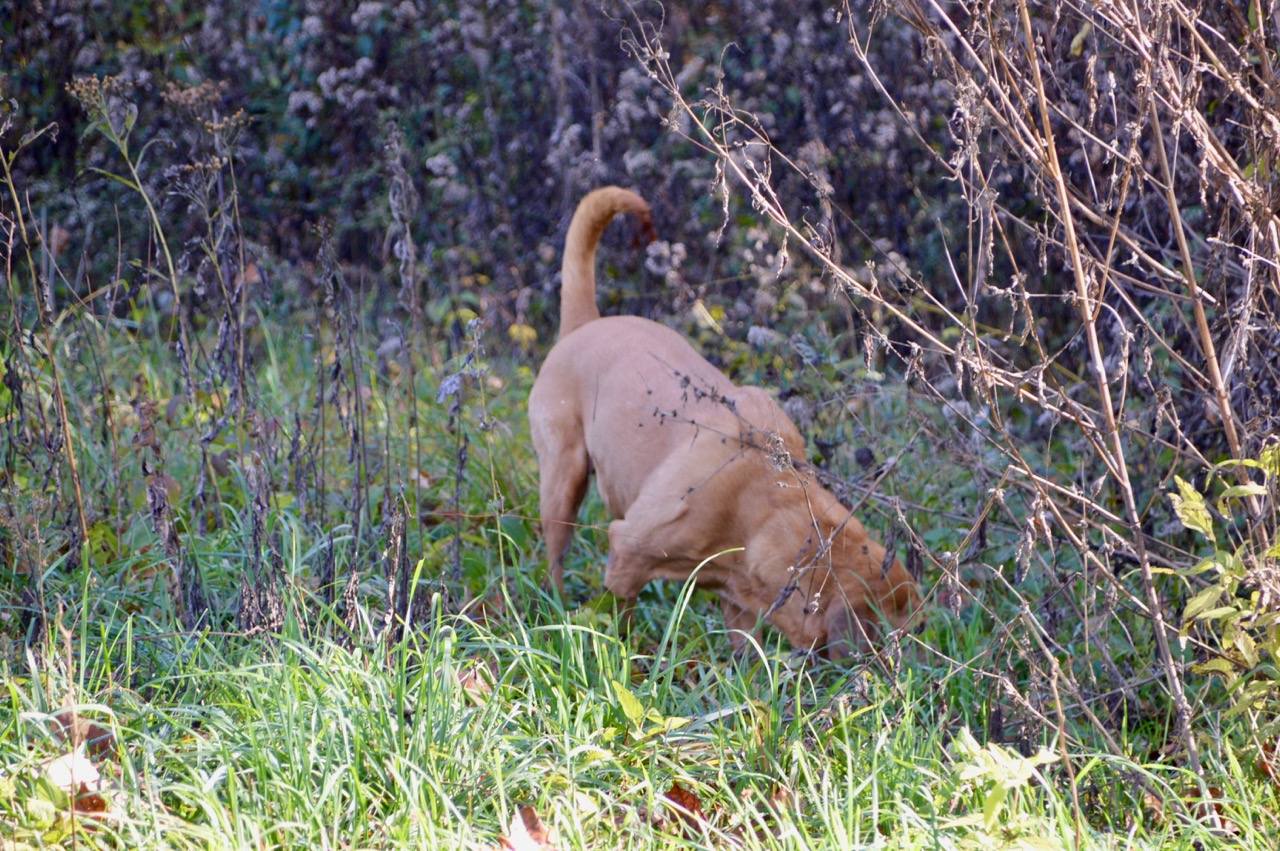 We've gone from a hot bright sunny afternoon on Thursday, to overcast skies and rain this morning. The skies are here but the rain is not suppose to arrive until early afternoon. The day was so nice yesterday we had 3 hound walks, I mowed the yard/leaves and still had enough time to add a few more Mahjong games to the list of being finished under 3 minutes.

With the forecast of rain today I wanted to stay outside as much as possible yesterday. Two of our walks included the camera, the last one included just the retractable leash. With three walks and mowing the yard for 48 minutes, my Garmin told me I had a lot more steps yesterday than my normal amount.

I'm not sure if Stella tracks the number of steps she takes every day but I do know on those afternoon walks she is entirely different than her morning walk by walking as slow as possible and she has no interest in running anywhere. 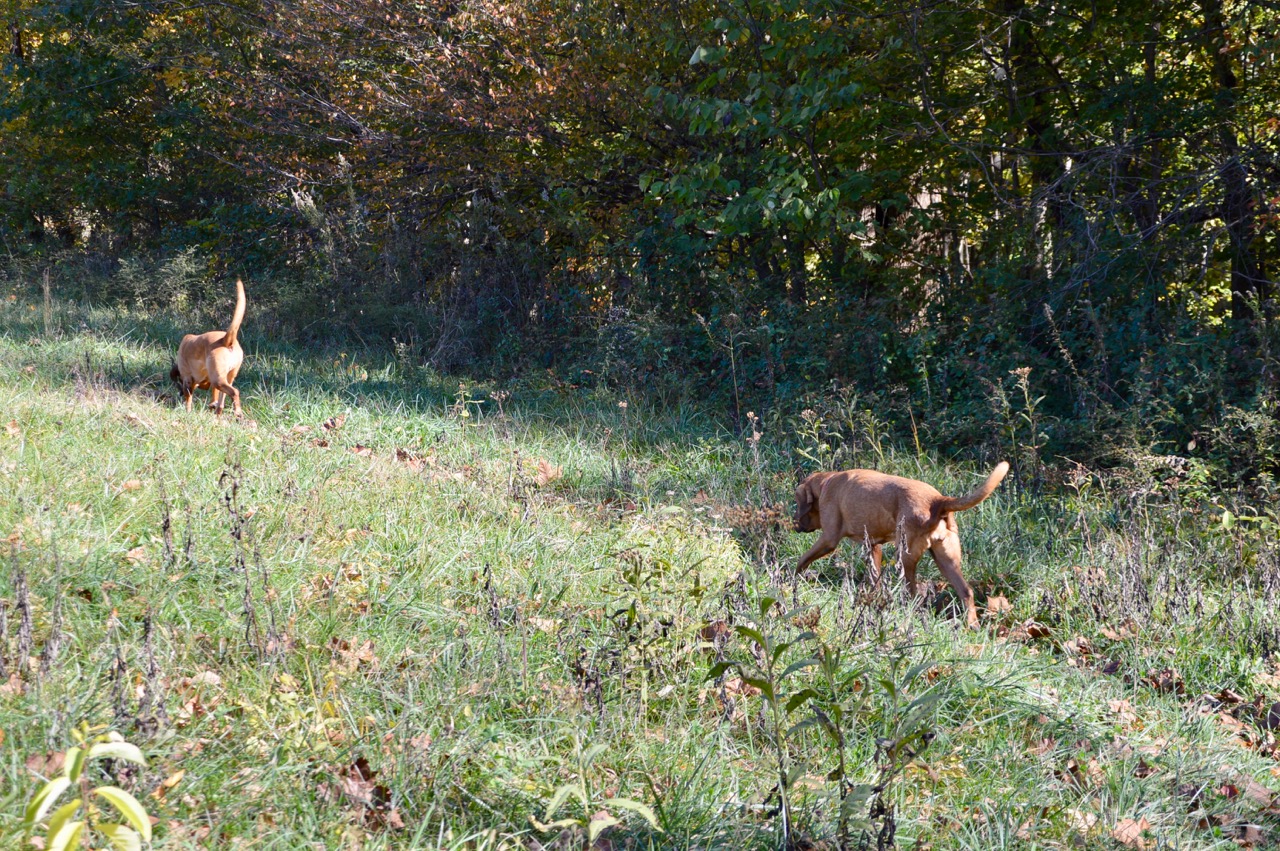 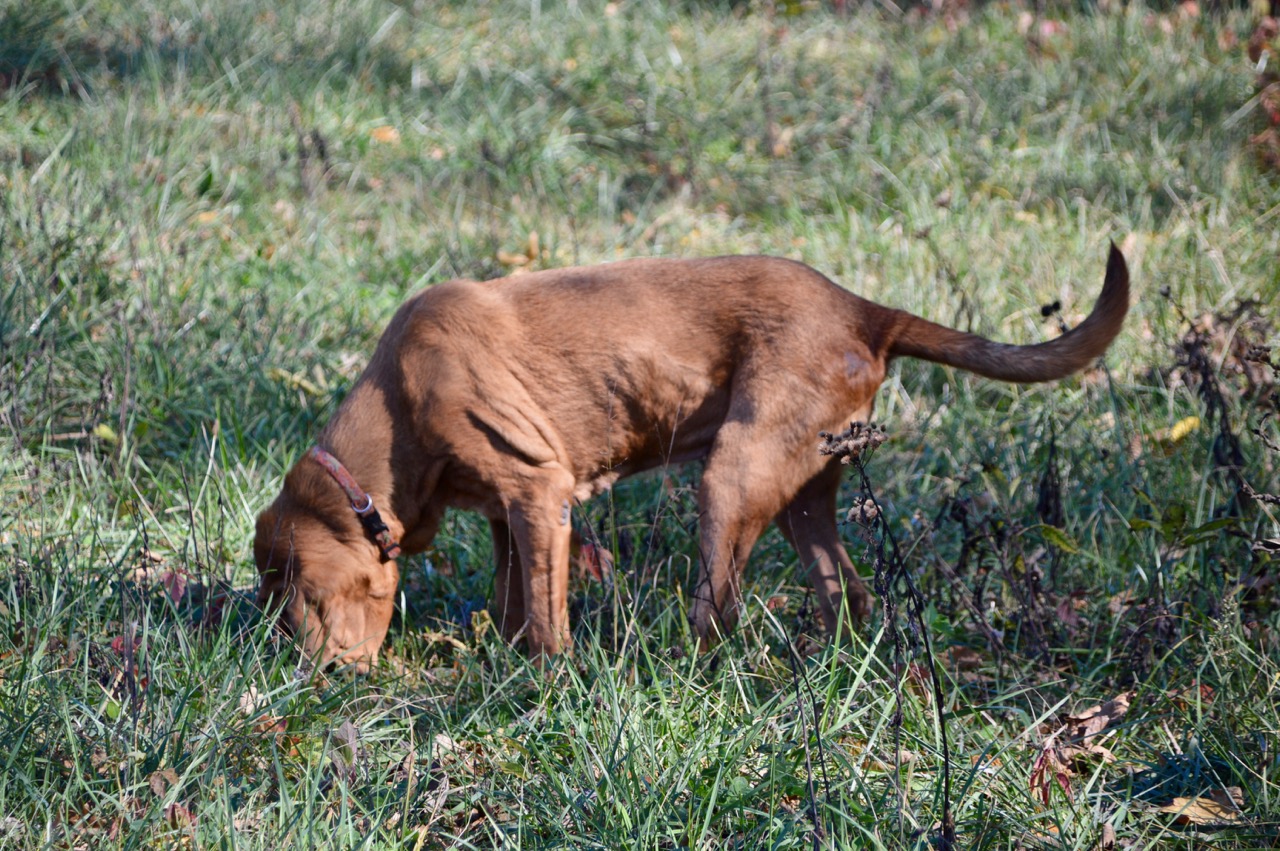 We were on our way back, had made the final turn for home ... she continued to walk in slow motion, while enjoying the warmth of the sunshine at 66°. 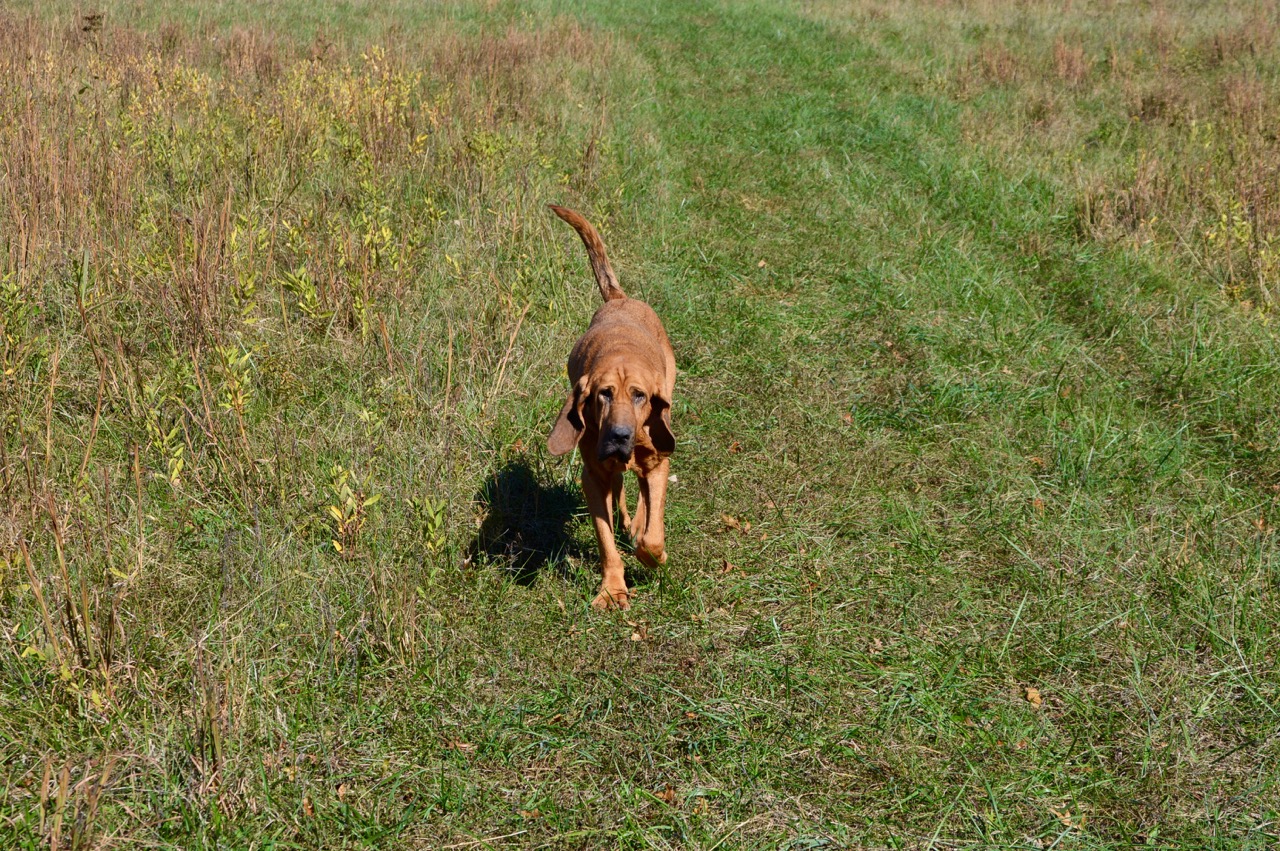 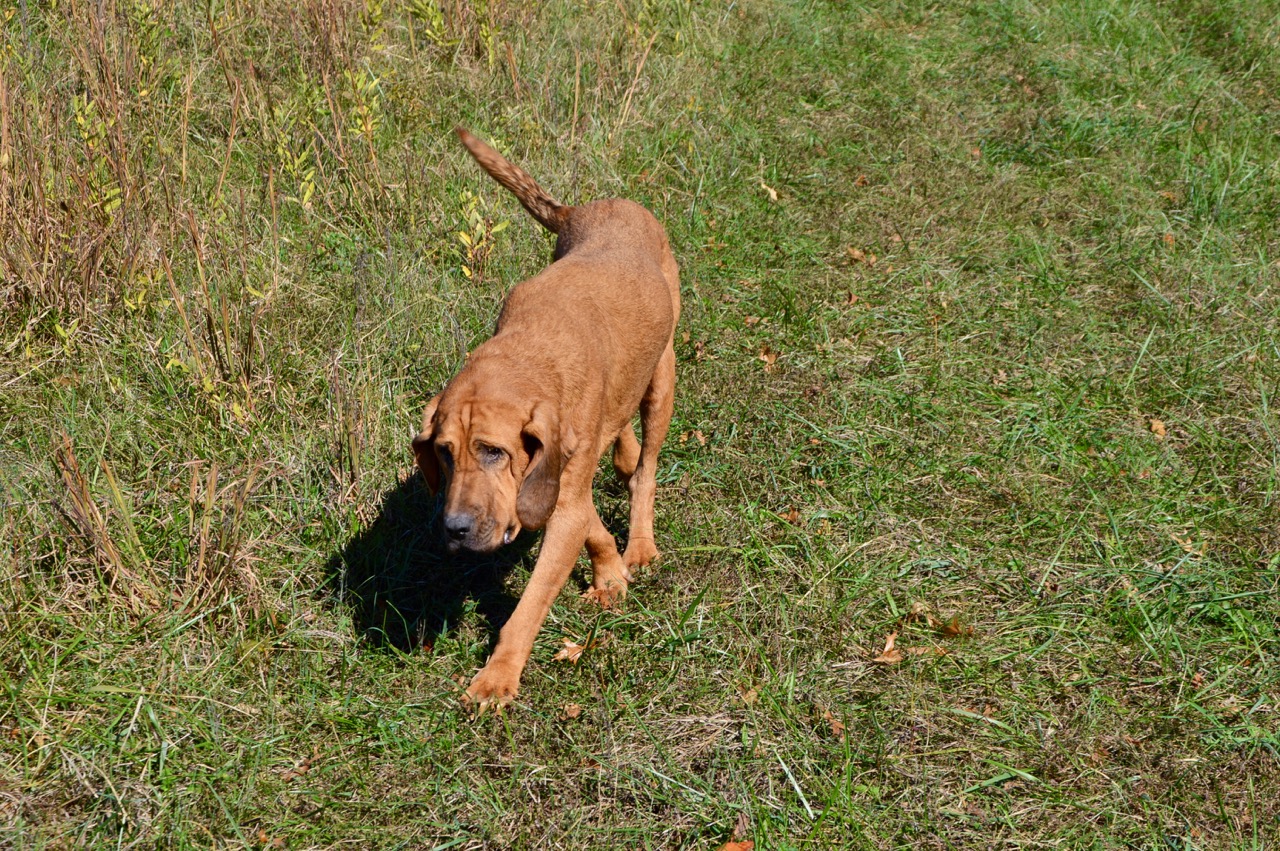 Heidi even came outside late afternoon for her 3rd time for the day. I thought she was walking with us, but she only wanted to make a lap around the house and spend some time laying in the sunshine. She stayed outside relaxing even after the bloodhounds and I returned from our walk. That is her normal path when she comes outside. 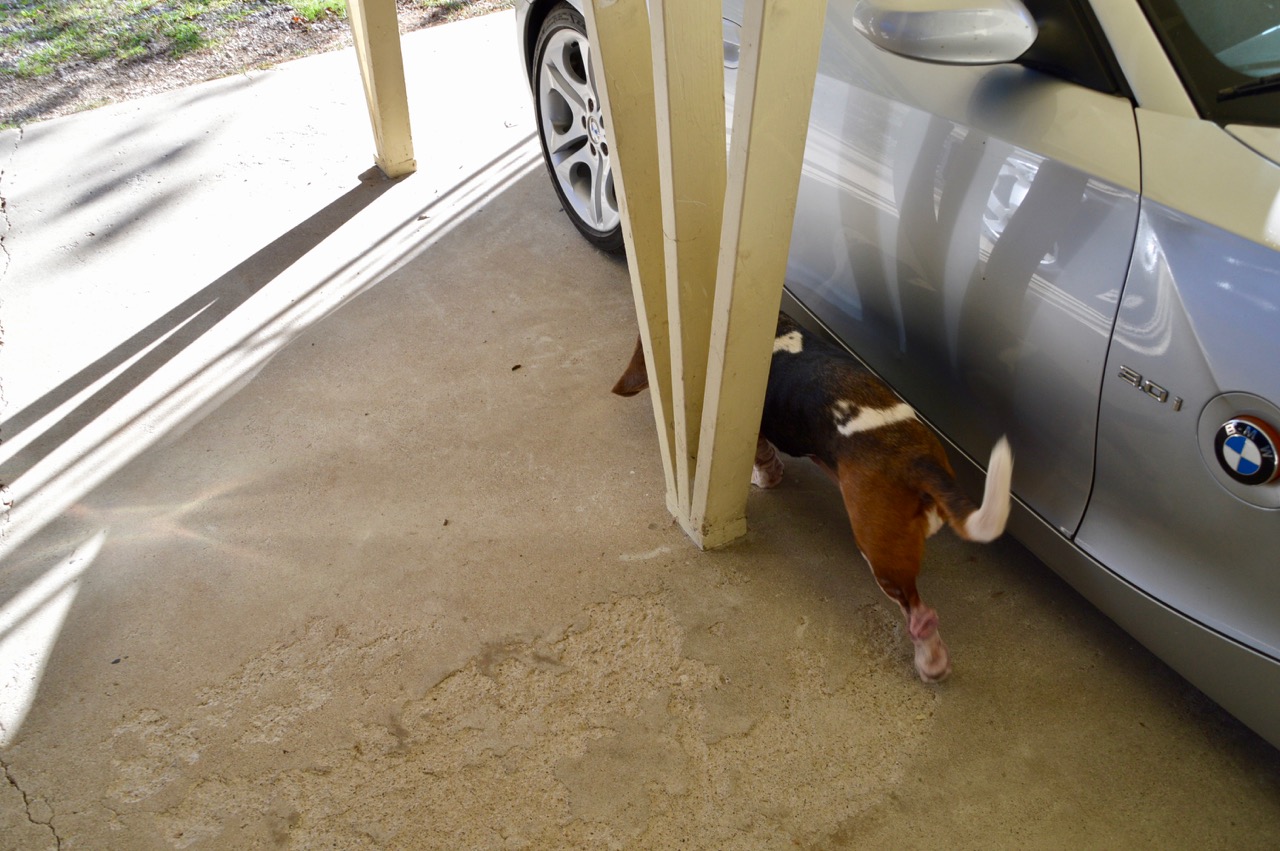 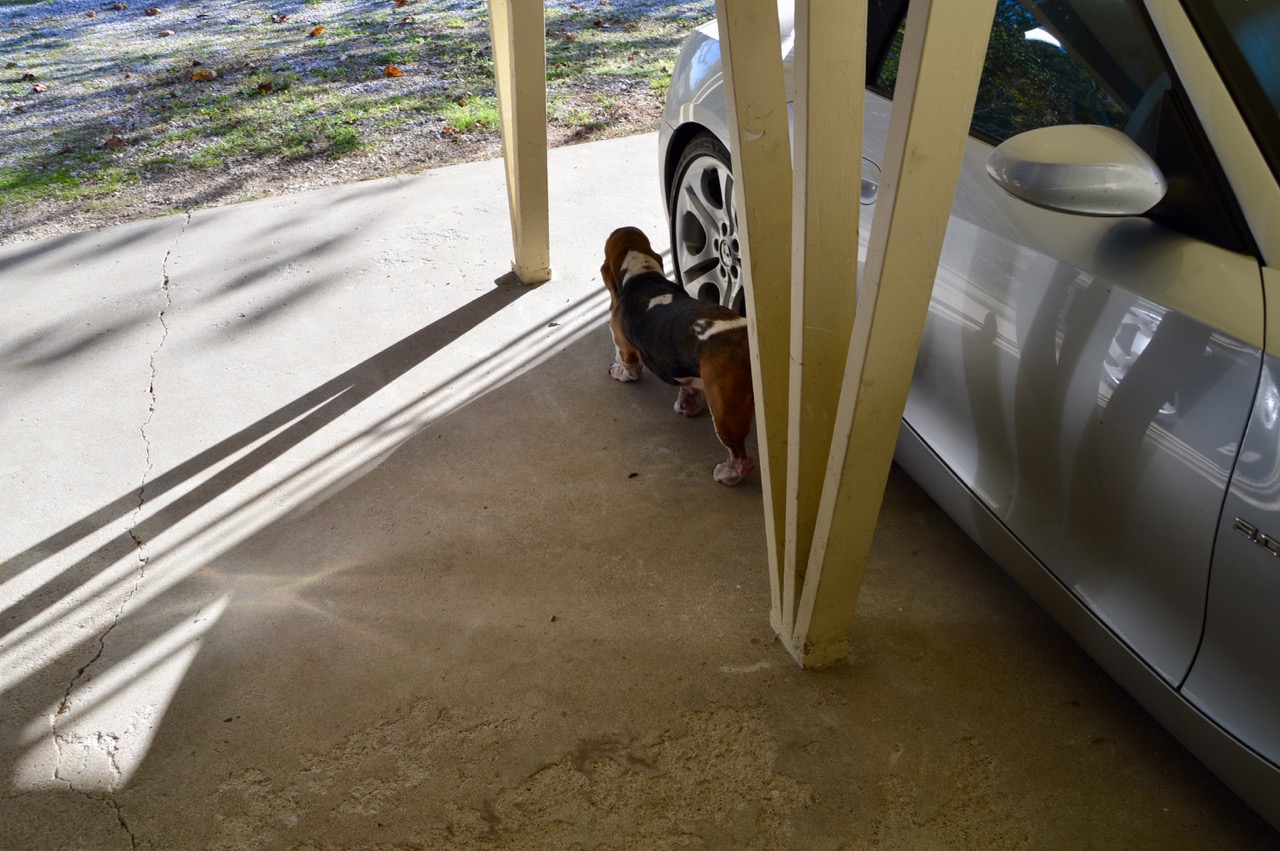 This morning was a different story though. It was 45°, spitting a few drops of rain but not enough to cancel our morning walk. Both hounds were happy we were out and Stella decided early in the walk that she was making all the decisions today for Sadie and I. 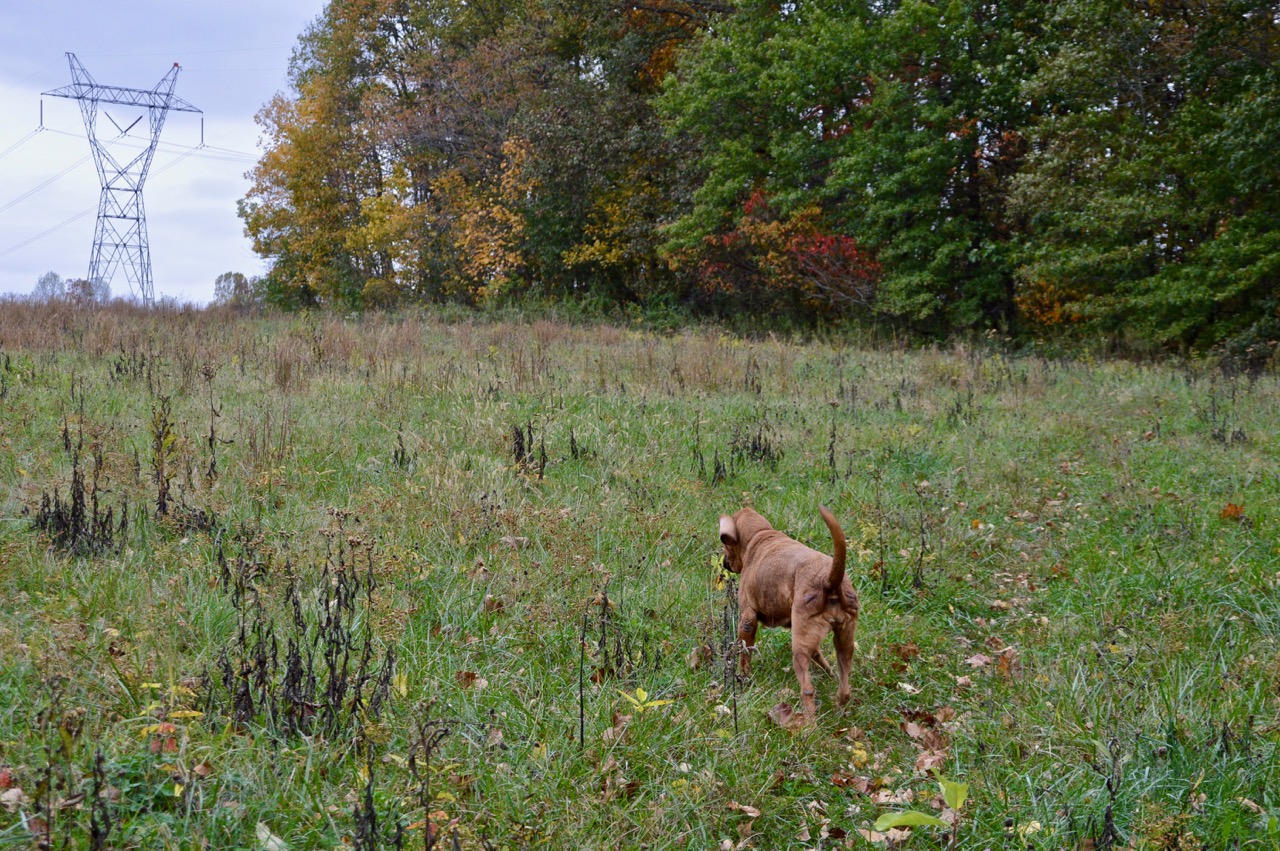 We were about to get started when Sadie hears what I heard over in the woods to the right of our house. By the sound of it, a very tall tree cracked ... then made a sound of dropping to the ground. From the tree tops I could not tell where it was but that is the 2nd tree since the summer I have heard falling ... each sounding like a tall large tree. 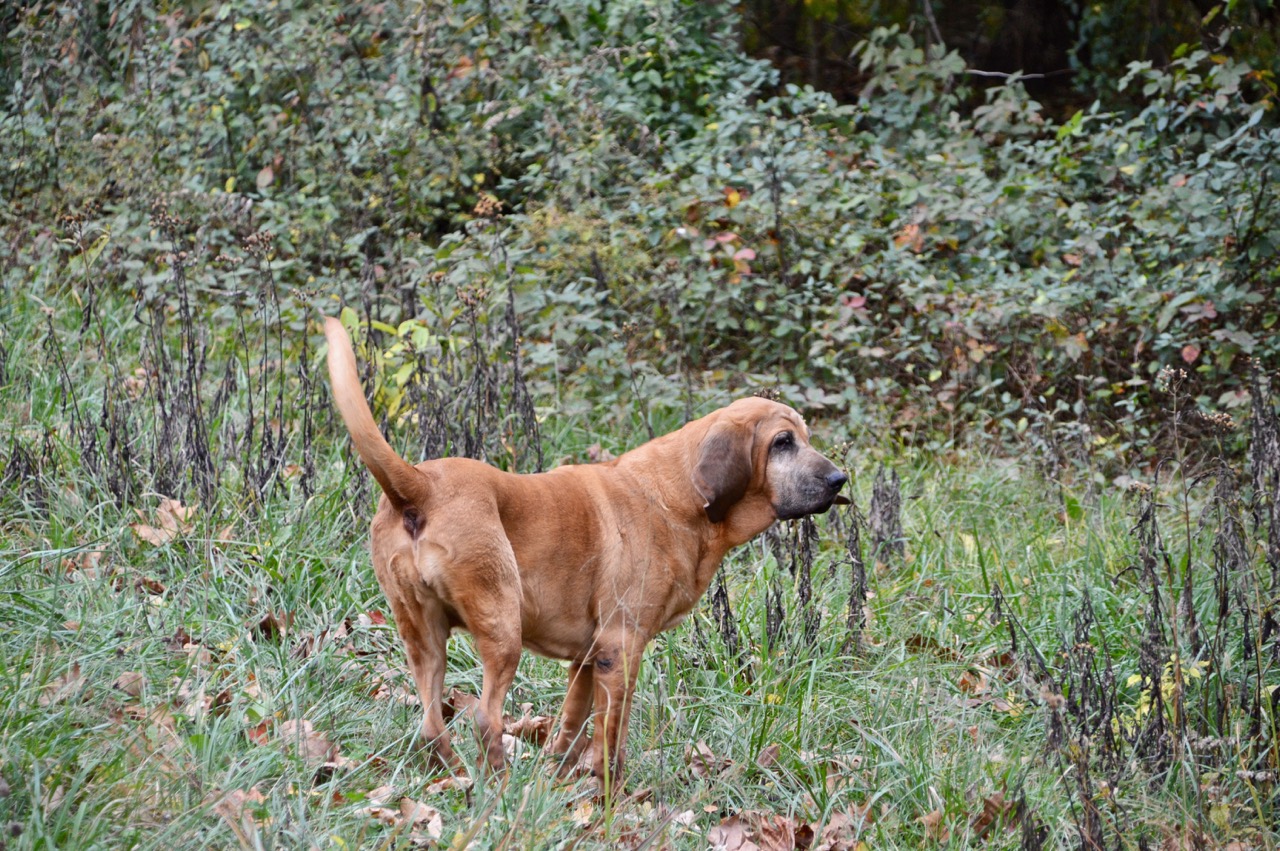 As Sadie ran far in front of Stella and I ... I had to walk over toward Stella to 'herd' her back to our path. She was heading lower in the field, trotting toward the neighbors house ... ignoring every word I was saying.

Once she walked over to the normal path we take, she took off running for Sadie. 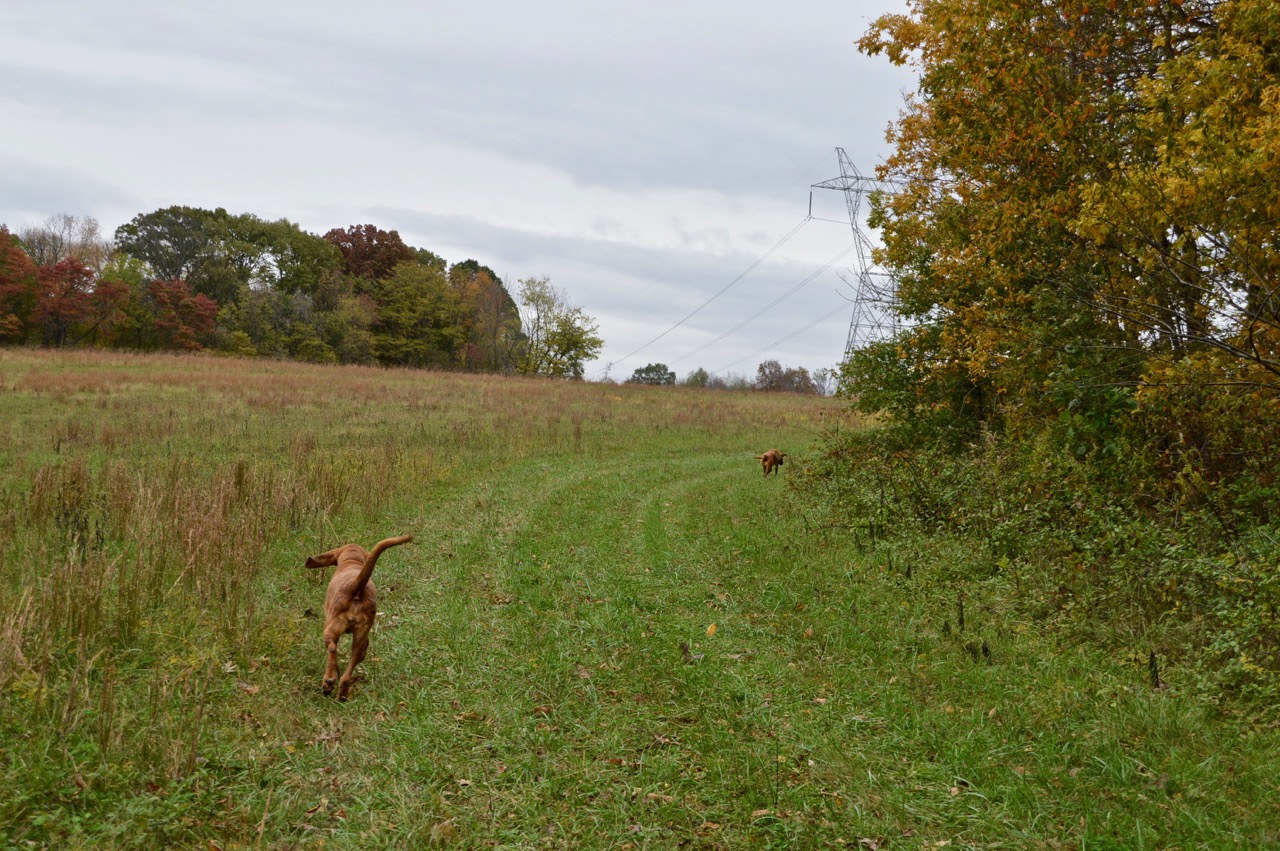 Both explored more than anything, falling behind me and then running past me to get ahead. 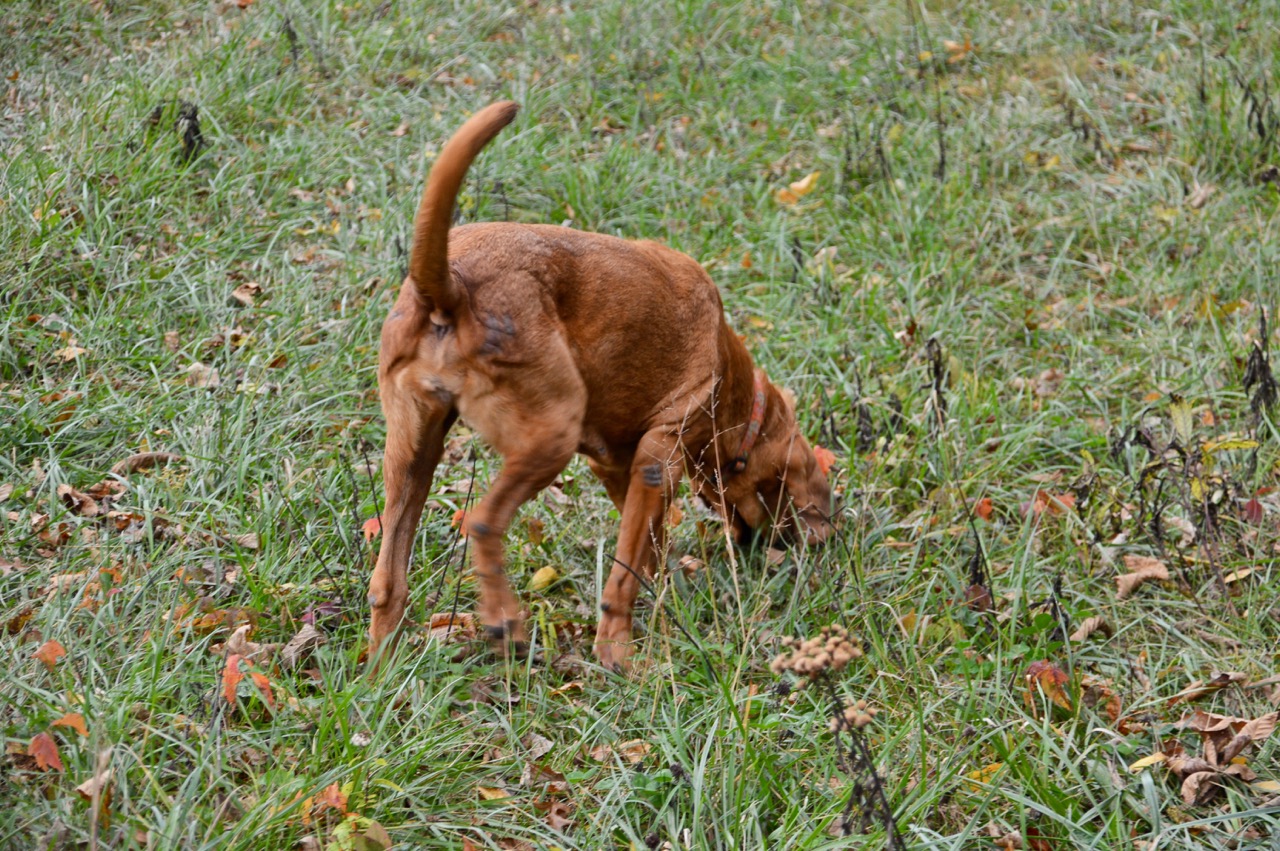 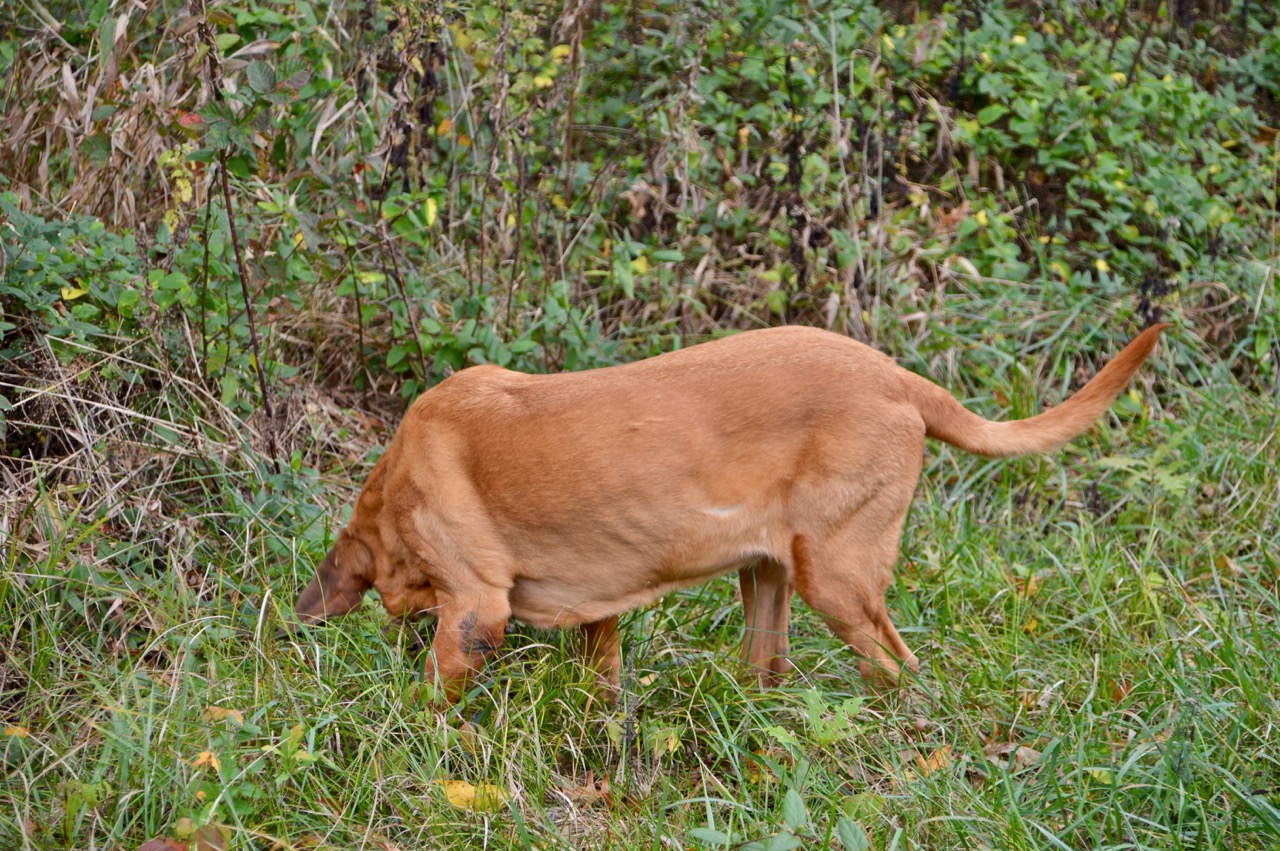 I am not sure what the reason was ... but Stella heading left in this picture, suddenly spun around as she walked away from us and let Sadie know she wanted to do a little wrestling this morning. It caught Sadie off guard and she was already on the defense. 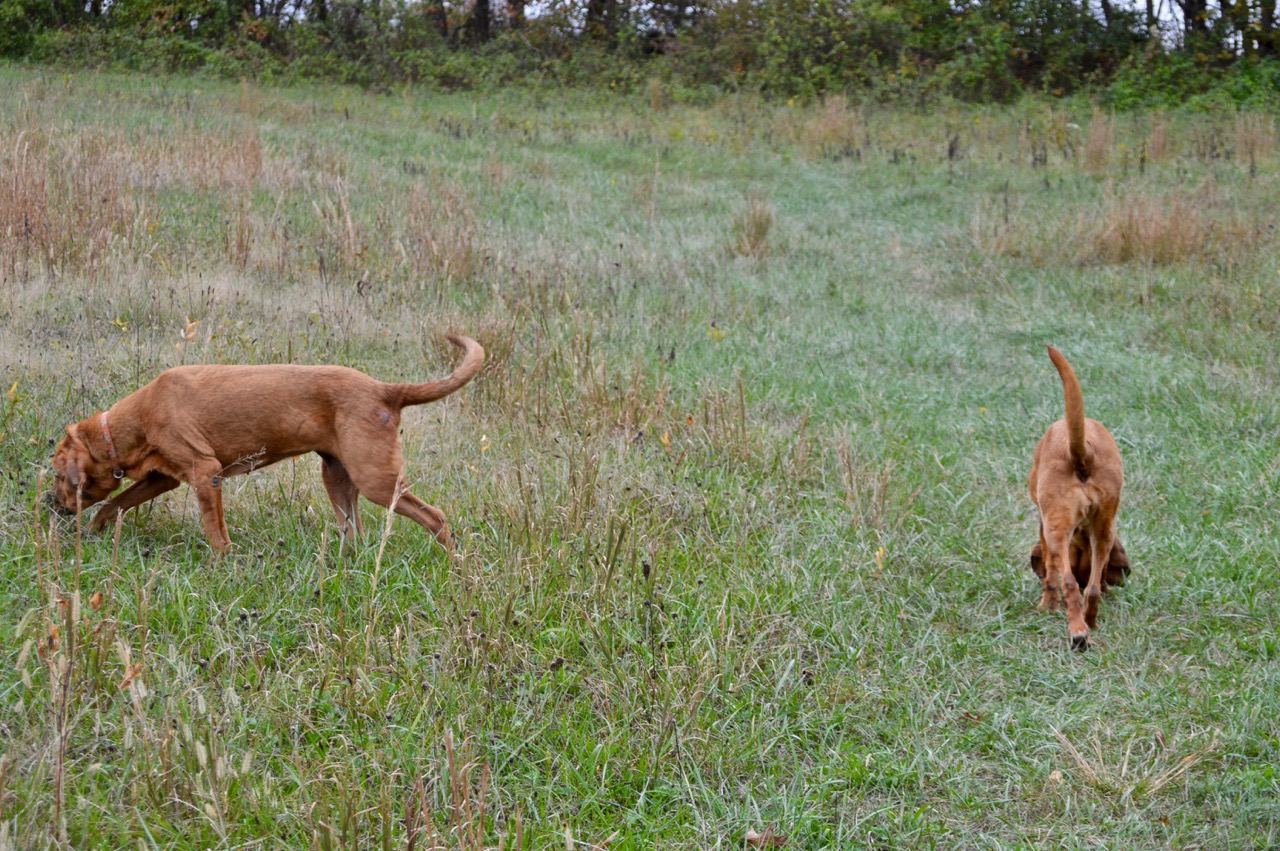 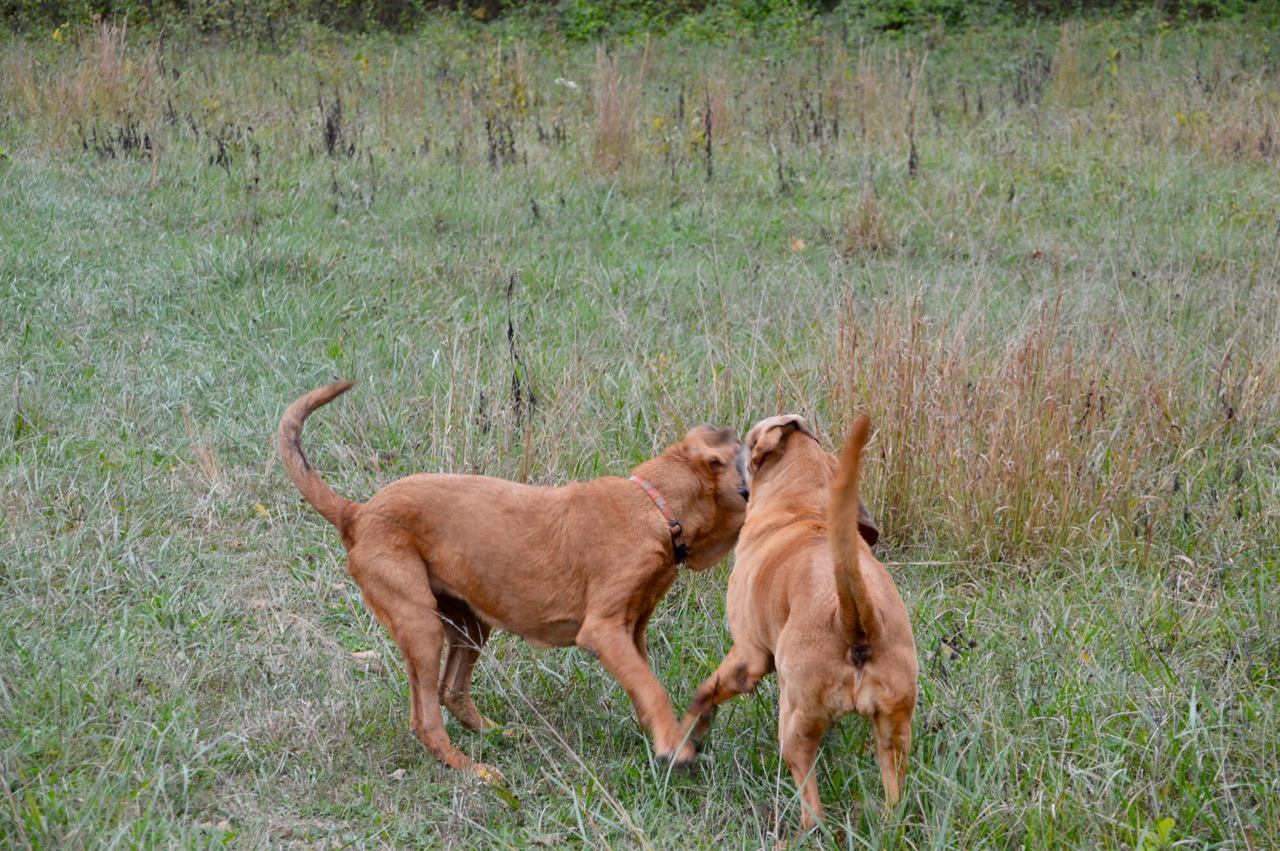 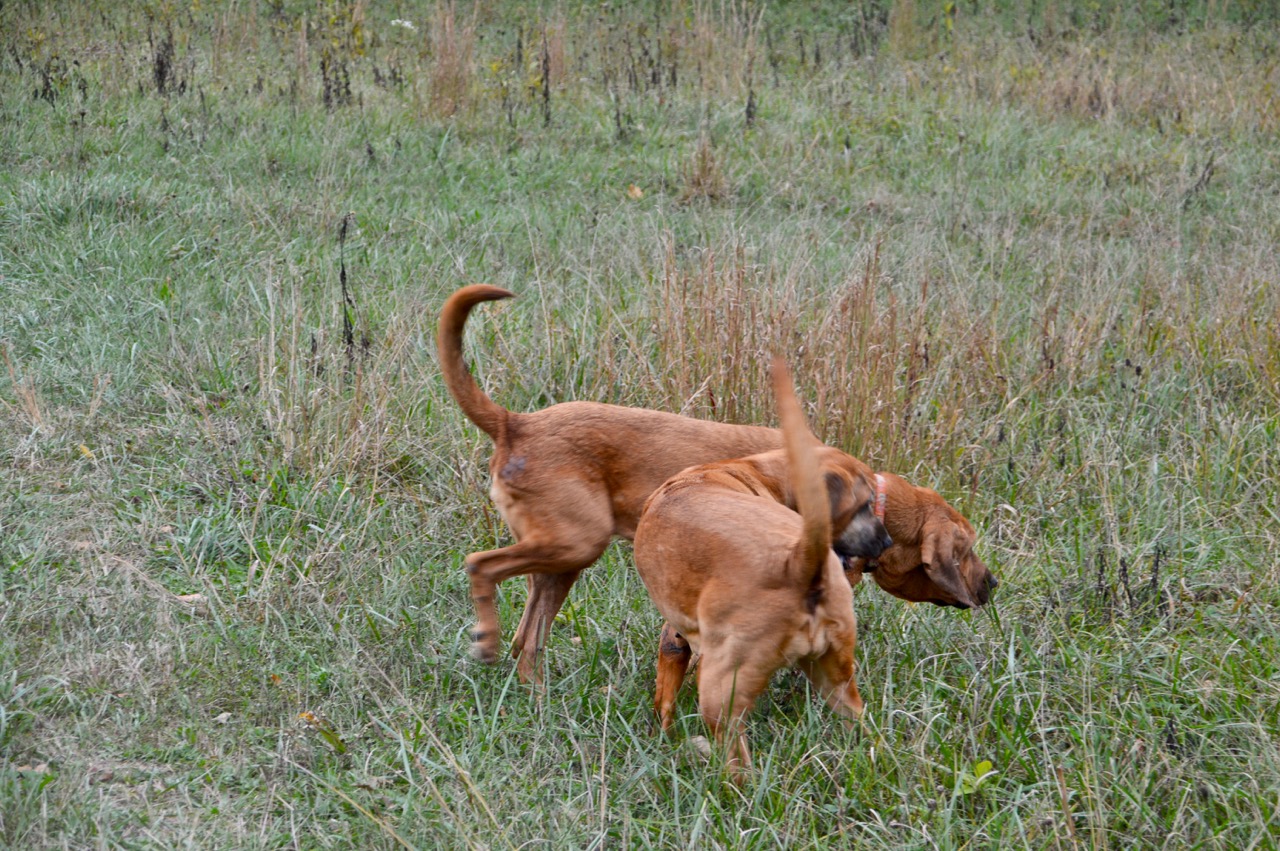 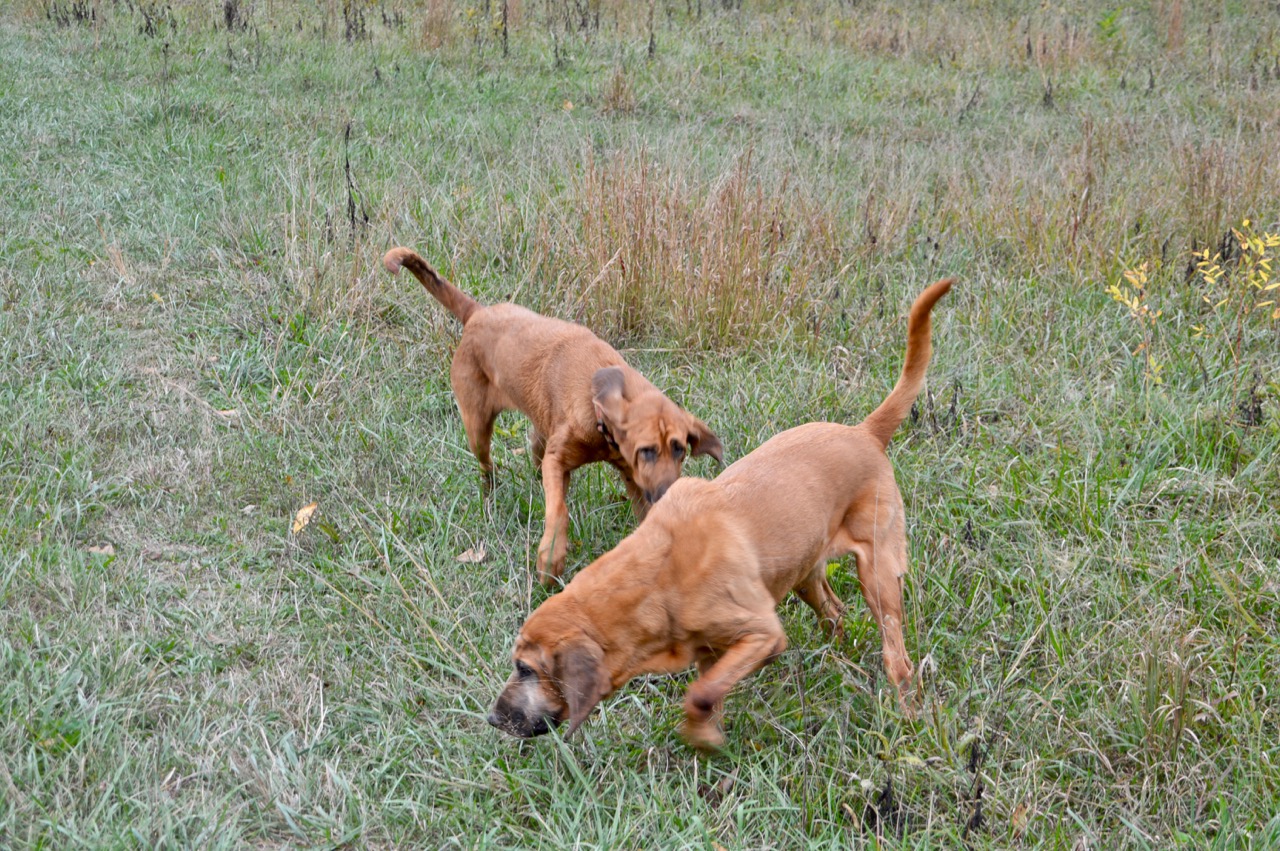 Just as fast as they started, Stella then turned around and started running up the path made by the ATV, heading north woods, with a head wind providing all the scent she needed. I took off running and yelling her name because by her pace ... she was not going to stop. 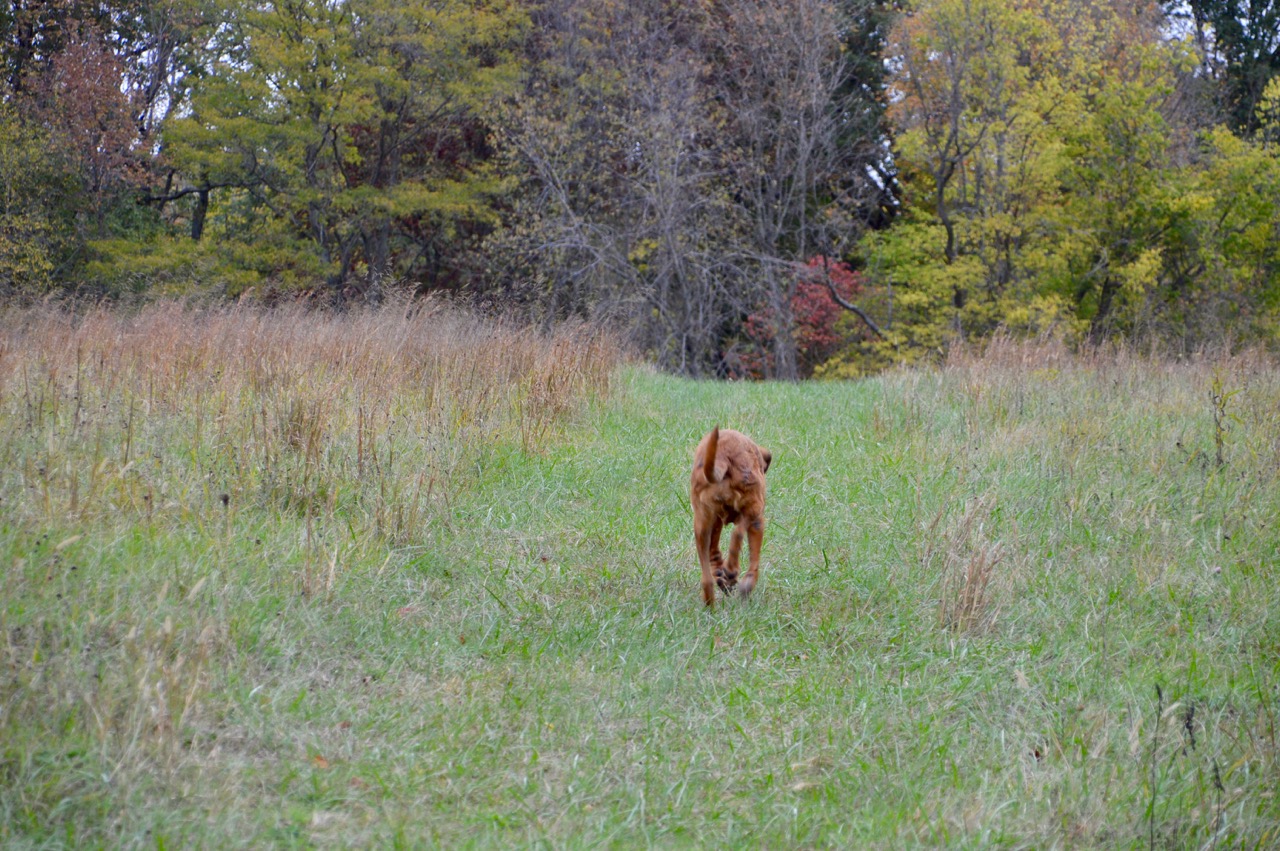 Either she finally heard me yelling "No" or decided she had done what she had planned ... to get me jogging this morning ... she stopped and waited for me to catch up. 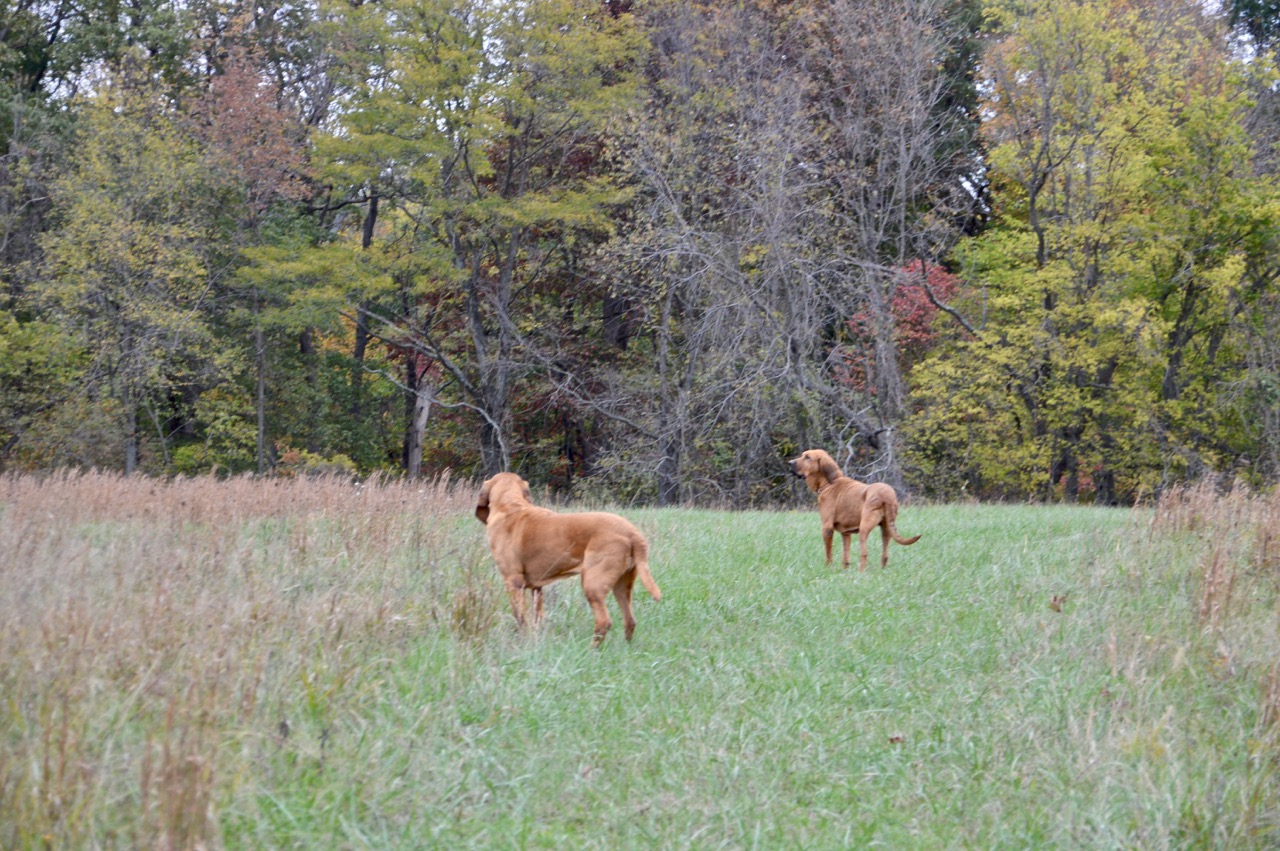 Just as I caught up with her and Sadie ... Stella took off running full speed down the path and toward the house. I had not seen her run that far for that long since her last deer chase sometime a year ago. 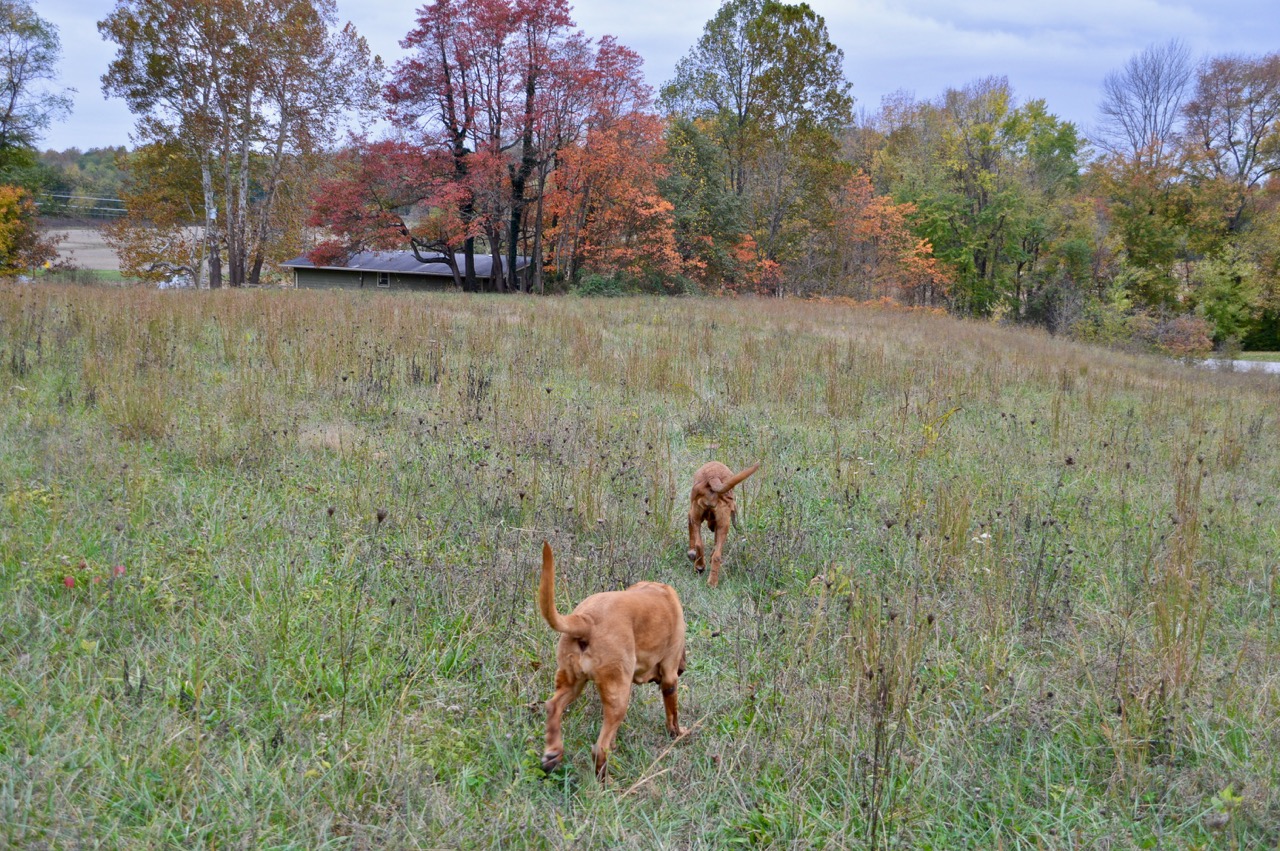 I didn't run this time ... I thought she would spend enough time snooping around for me to catch up and even pass her. She did not disappoint.

She had me and Sadie waiting for her to come back into the yard where I saw I had twice the amount of leaves on the ground than I mowed and l cleared yesterday afternoon. I am hoping for a weekend of high winds with hopes that the leaves blow all the way out of the yard. 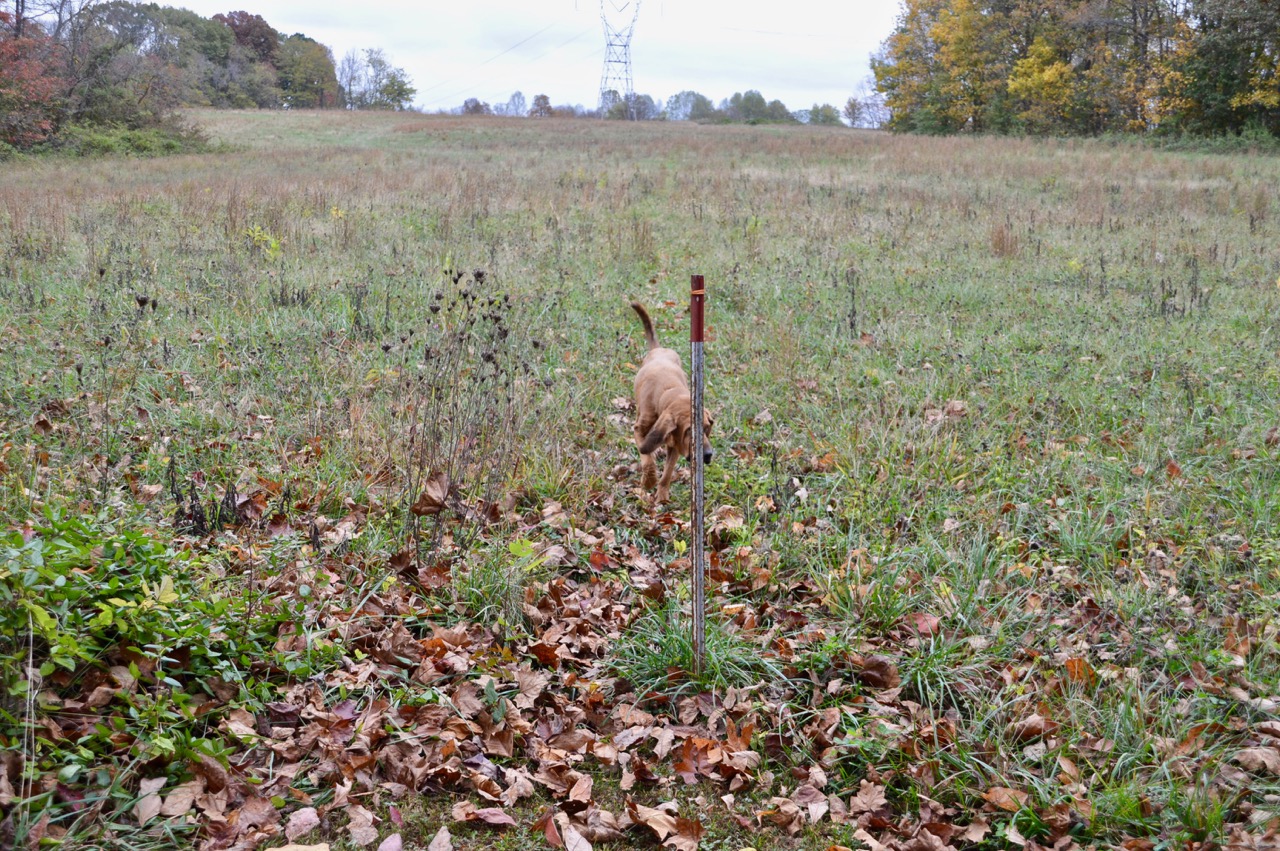 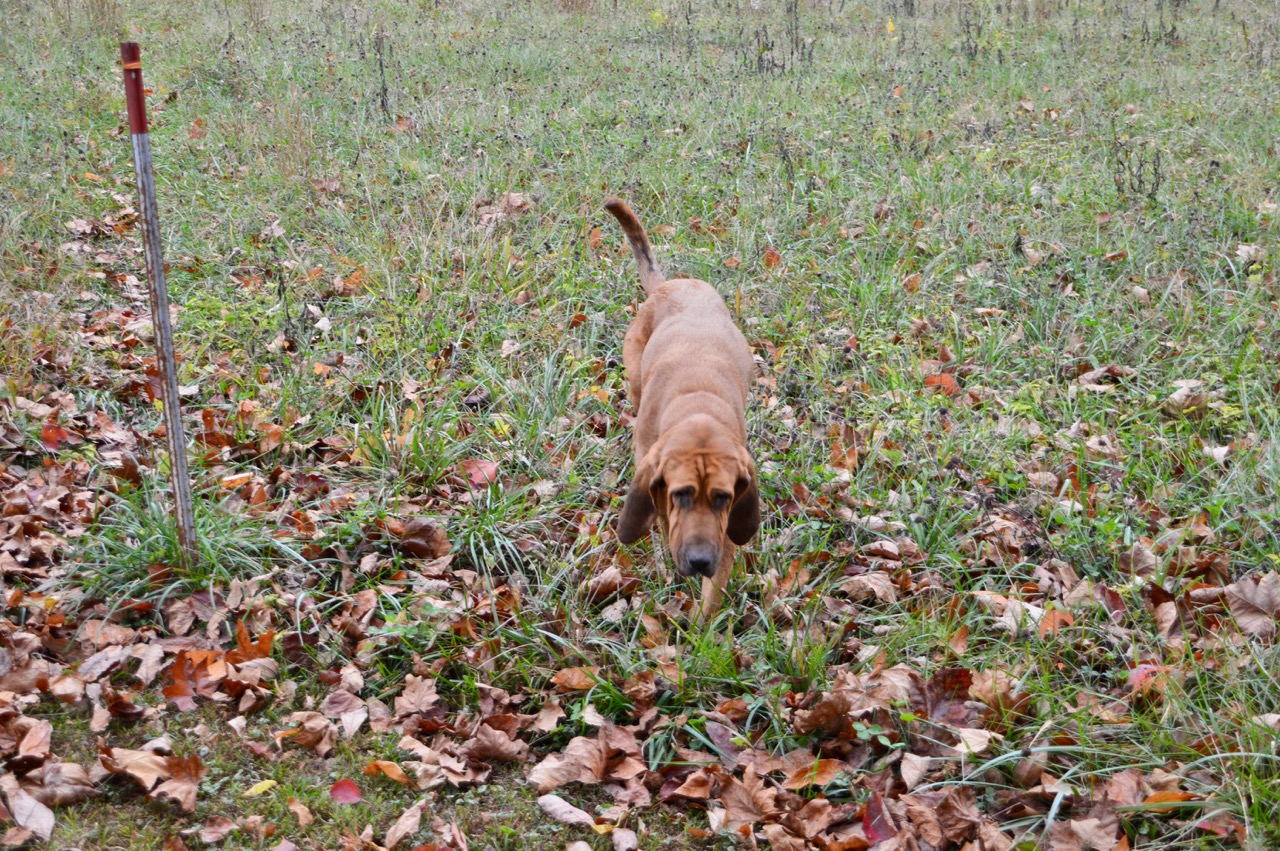 I am still using Firefox for my browser. One website it does not work well with is Flickr. When I load my photos of the day into Flickr, the cursor hesitates and bounces around when I try to highlight the photos that I want to add to an album.

With having no interest in the three college football games on tv tonight, there will be no interruptions by switching channels to different games besides tonight's World Series game from Houston. I am hoping the Astros are the first team to win 4 games ... it's tied 1-1 right now.

Apple seems to be pushing out their macOS beta updates about every two days and we are up to #5 as of last night around 2:30am. They will continue to tweak things, improve and fix any reported problems ... before their make their next official release to all users. I had to sign up for the beta program.

For some reason this morning I am being hit big time on my phone with spam calls. How do I know they are spam calls if I don't answer the call?  I go to Whitepages, type in the phone number that is calling me in Whitepages 'reverse search' and it will tell me if it is a spammer. Then I add that number to a Contact I set up named 'SPAM' so when they call back in the future I can tell with a quick glance at caller ID if it is a legit call.

All of my spam email disappeared when I deleted my old old old blog gmail address 'houndsnrvs'. I was getting over 100 spam emails per day on that 6 year old gmail address.