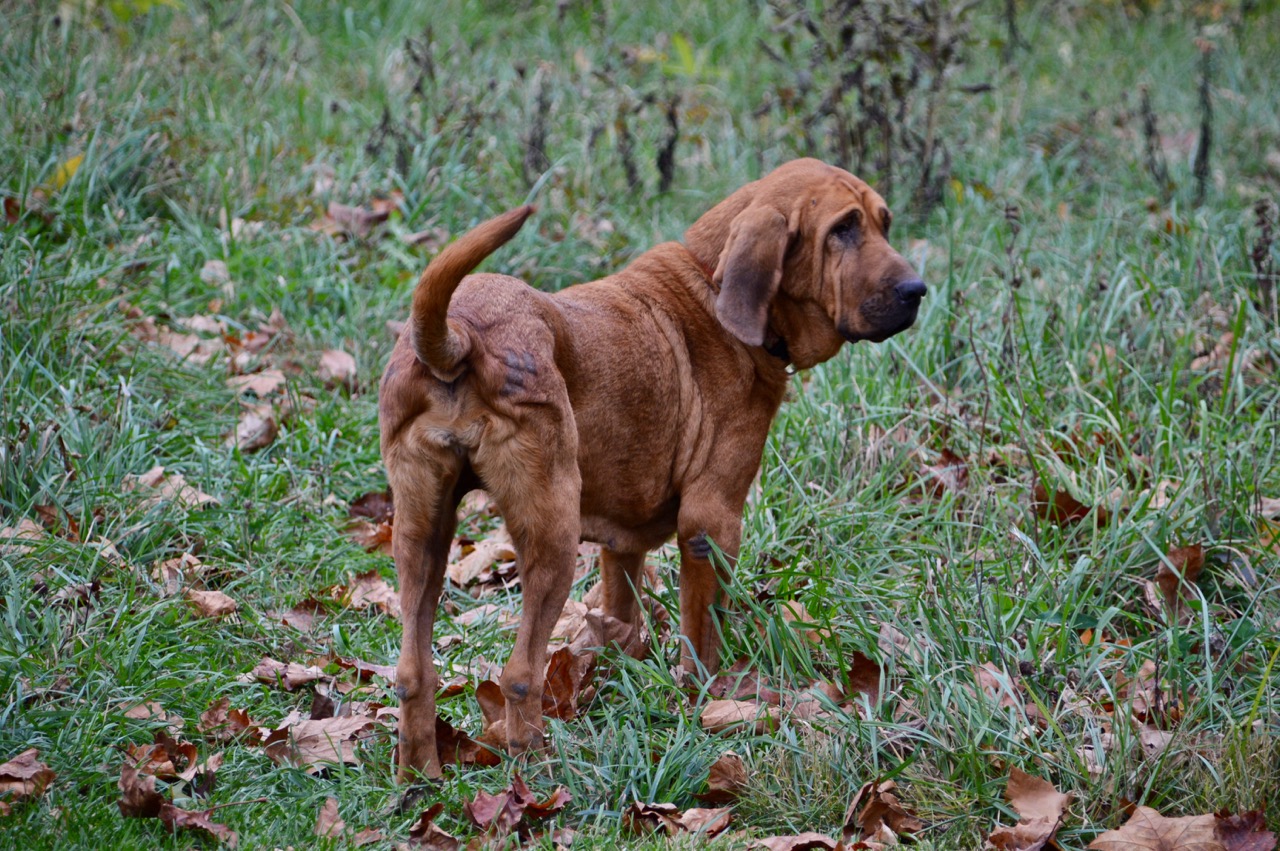 With the cold temperatures settled in Stella has not officially named it winter yet. There are a few days next week she will be back in temperatures of the high 60's. In either kind of weather she is still the best 'beggar for food' that I have ever seen. She is quiet about it and that look you see in the above photo is her patented "I'd like to have that" look.
My curiosity increased enough today that I did a search on Google for the winter weather predictions here in 'the tropics'. I found sites that cut their detail into my zip code. All I will say is, it was good to see no temperatures in single digits. That is good enough for me. 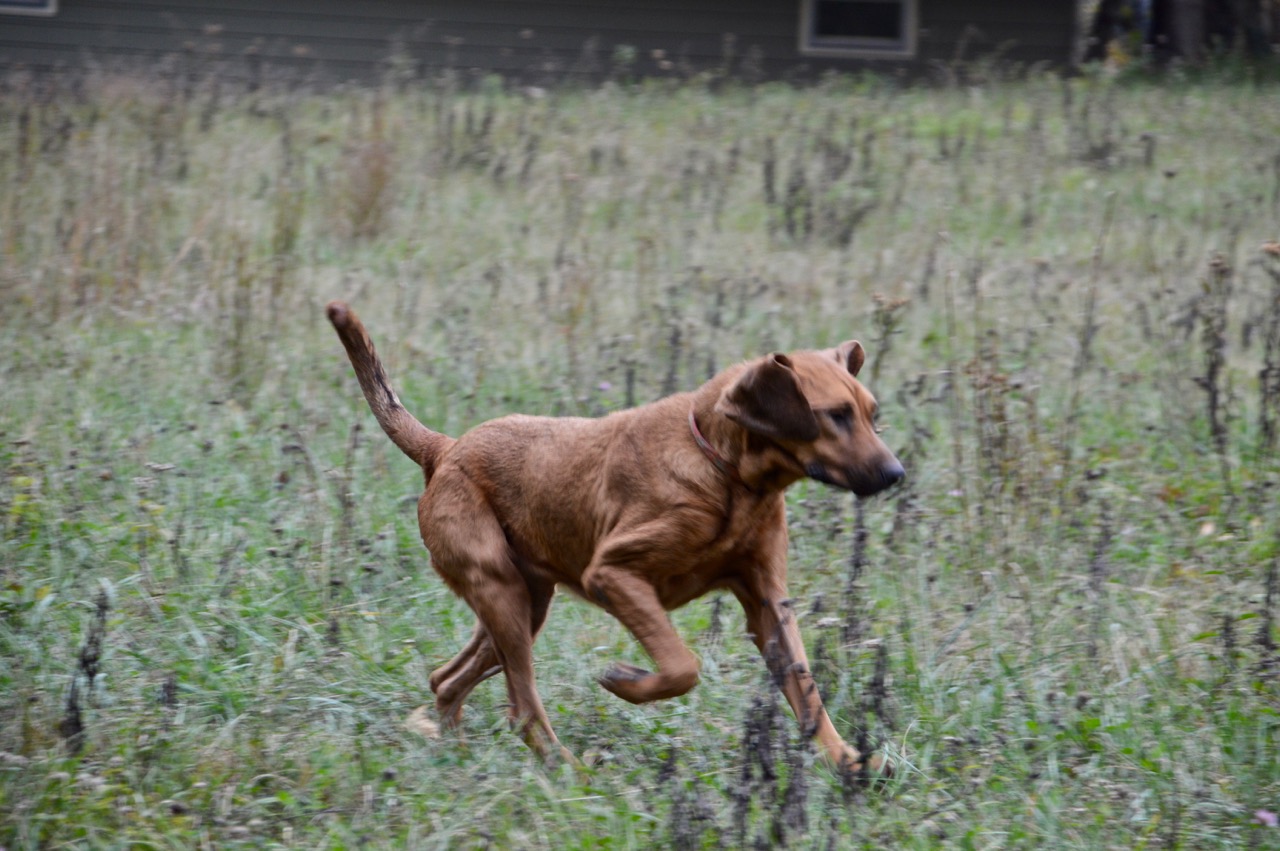 Stella showed once again this morning that she continues to improve from last spring by running more, acting more like her old self inside and outside. I had planned again to let her do her own thing on this walk this morning and she was more than interested in keeping up with Sadie.

Even though ... Sadie was beginning to wonder if Stella and I were ever going to get started on this walk or not. 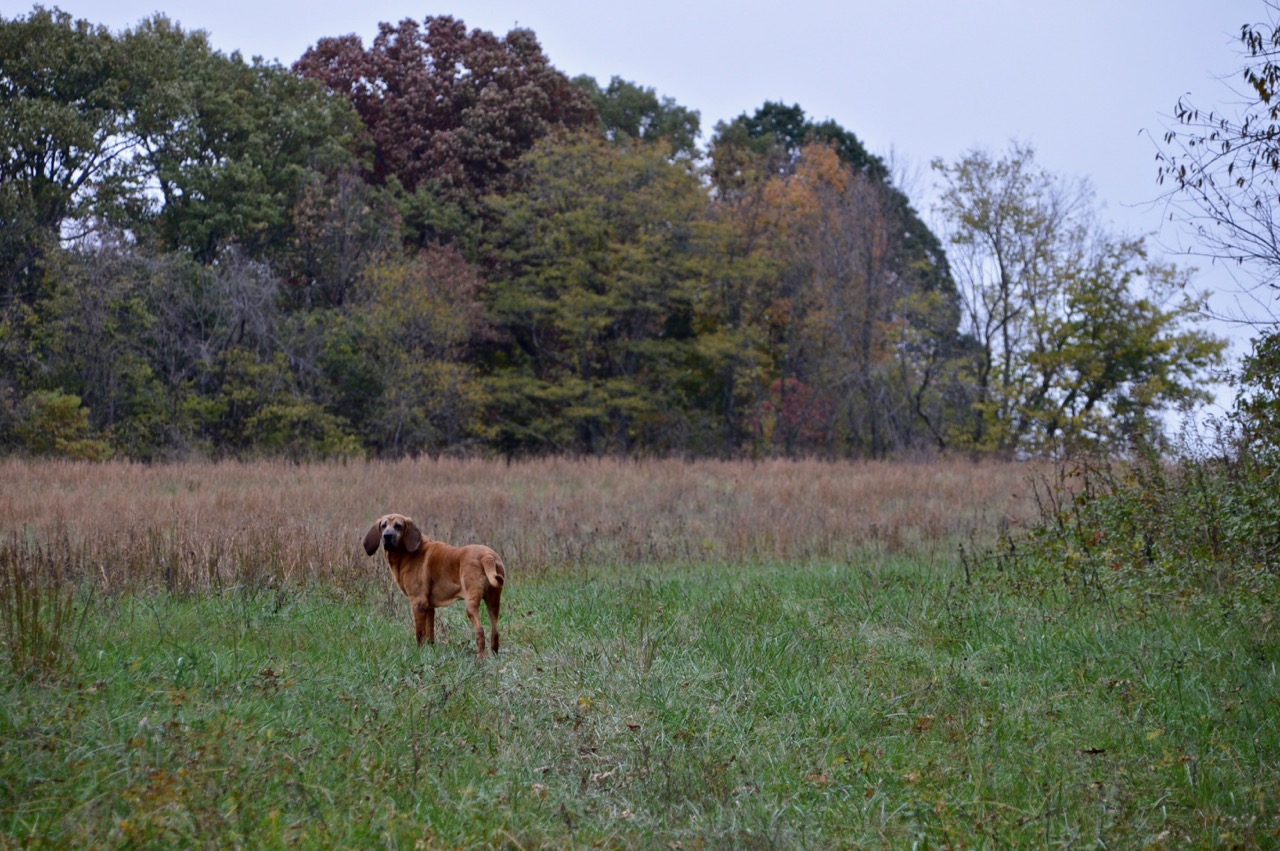 Once Stella saw how far Sadie was, who had disappeared around the first turn, she took off running to catch up. With Sadie out of view she obviously had found something very good, something that Stella could not ignore. 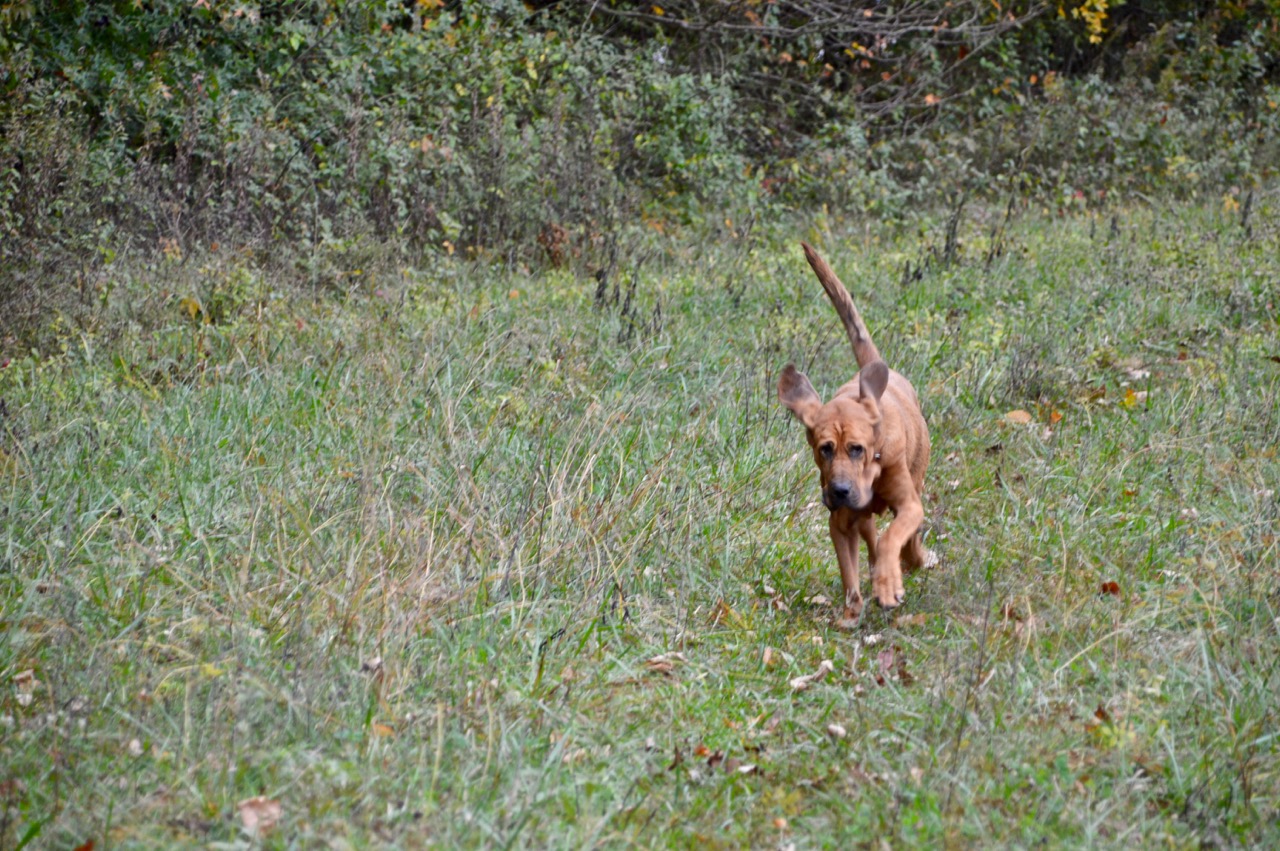 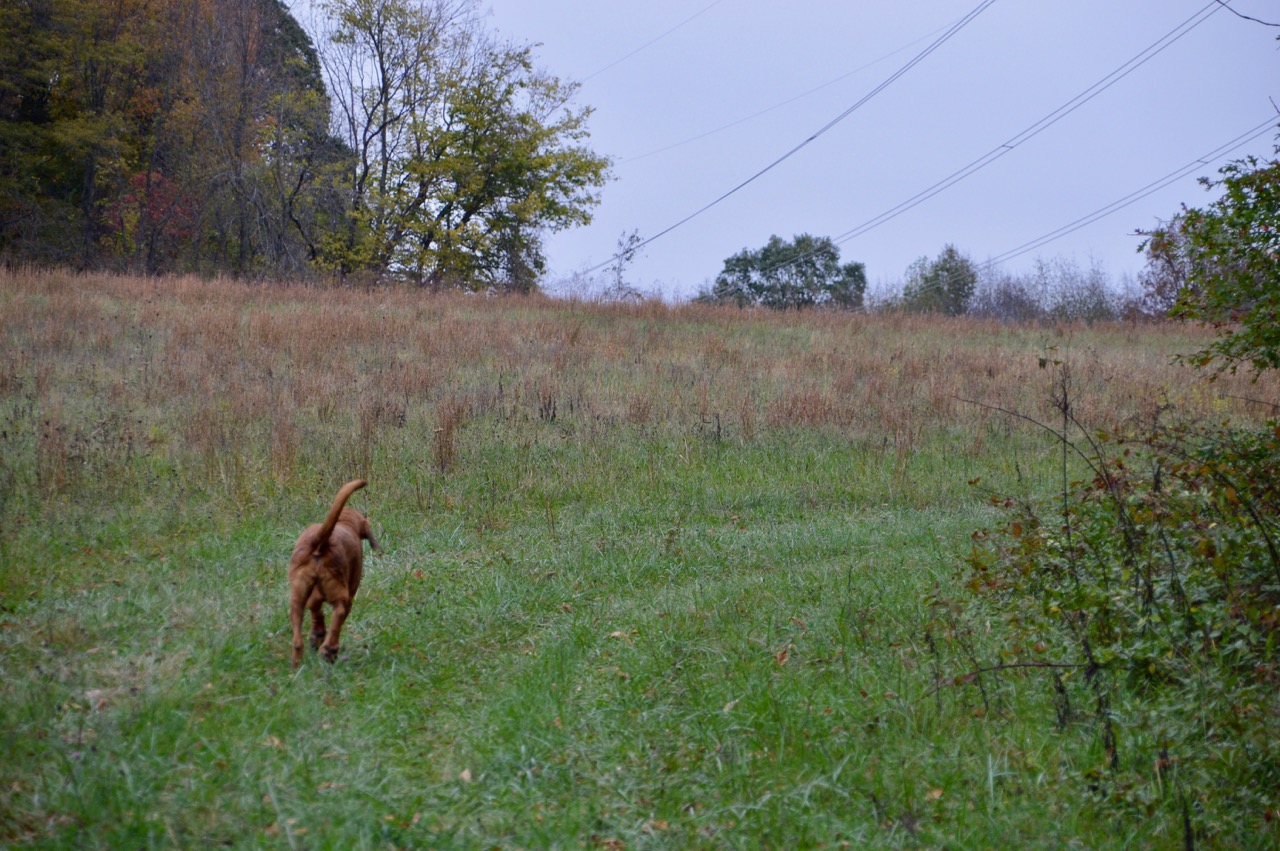 By the time I reach that first turn whenever the hounds have disappeared, only one of two things normally happened. They have stopped like they did this morning ... or they are running full speed toward the back of the field tracking a deer scent. 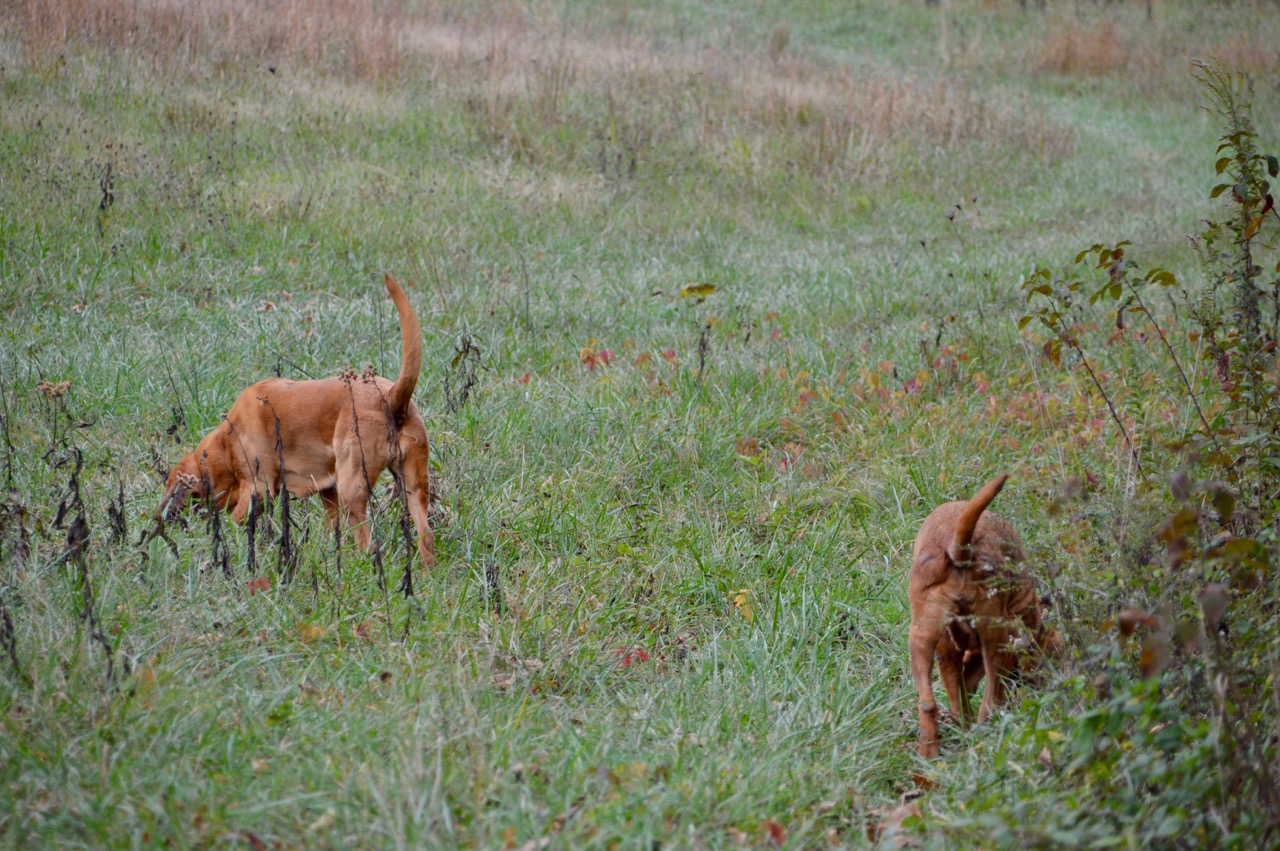 No deer this morning though. They had come and gone hours before we made it outside. I am beginning to wonder if the light ATV traffic has scared most of the deer away? I haven't seen one deer since the ATV traffic increased, although it does not happen every day. 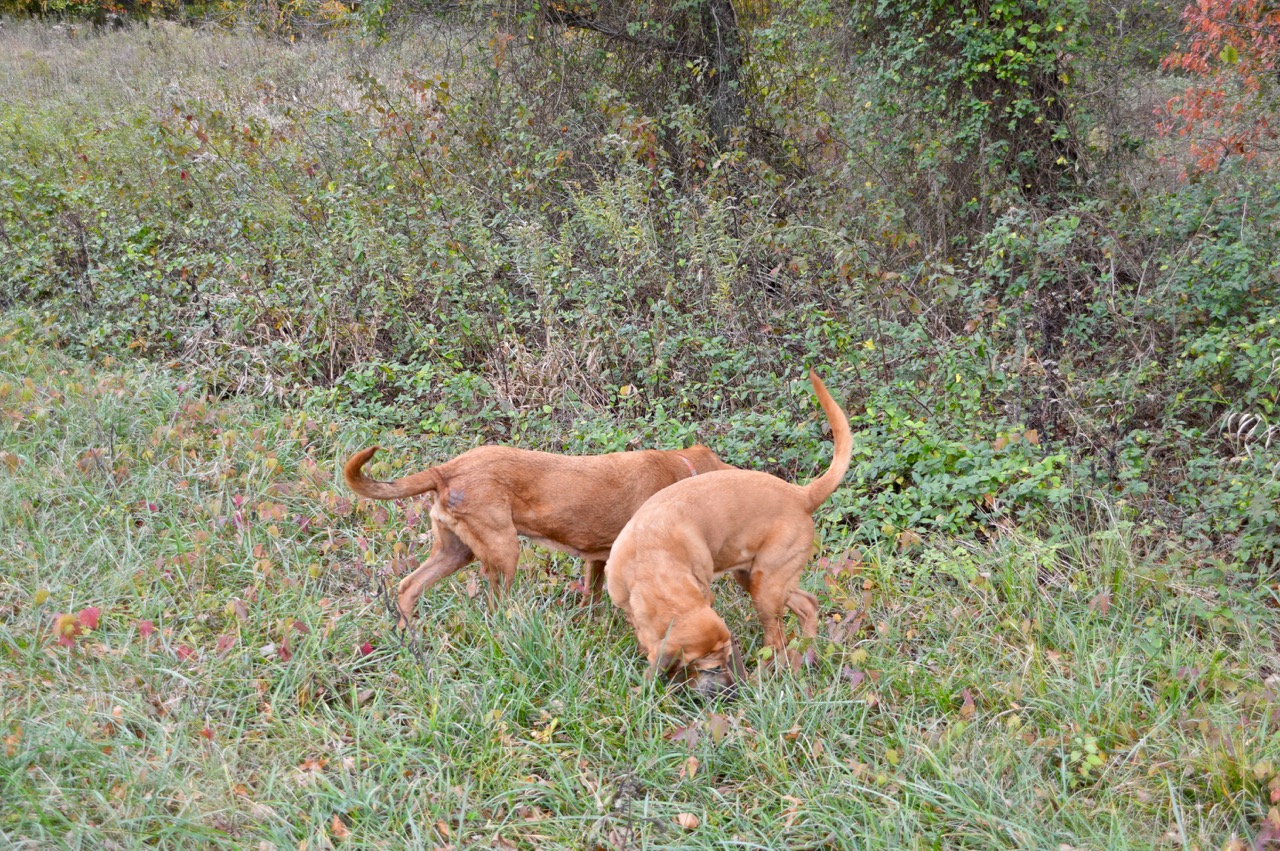 I see where a few of the bloggers I follow are doing their annual migration to warmer temps in the Southwest. Some of them have already arrived. I've talked before that when I made the decision to give Stella a new home that my traveling plans would change drastically with two bloodhounds.

We made that trip to Colorado and Utah for a week in June 2015 but that was with two basset hounds and one bloodhound, Stella had not arrived yet. Big difference. It took some work with only two hands and three hounds but overall it was workable with two smaller basset hounds.

Yet Sadie did what any normal bloodhound would do when she smelled an animal near the tent. She dug so hard at the corner of my tent to get out sometime around 4am to see the antelope, it made a hole in the seem right above the floor. 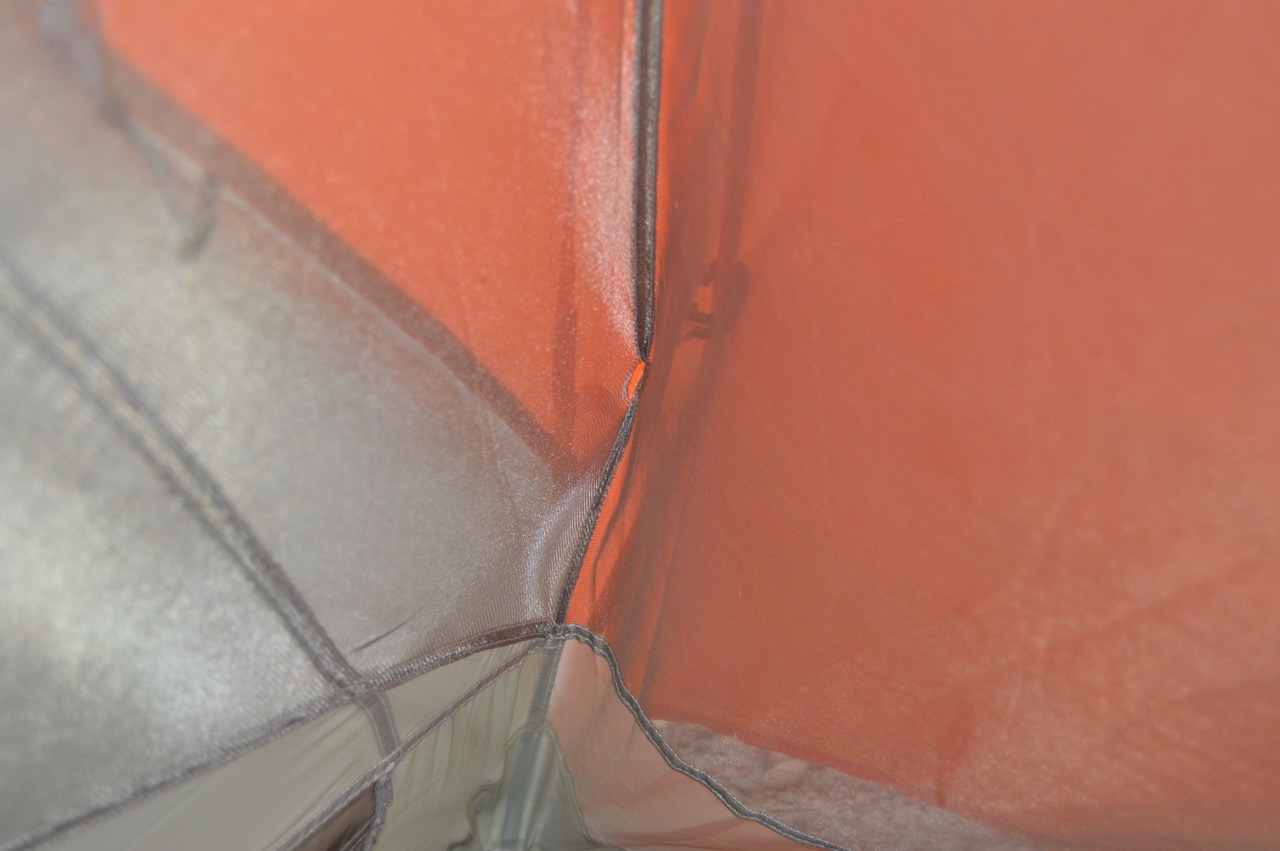 The reason I know it was antelope that was driving her crazy, I saw more than five of them the next morning waving goodbye to us as we left our campsite. Sadie was loud enough trying to get out of the tent that she woke me up, along with Winston and Heidi. 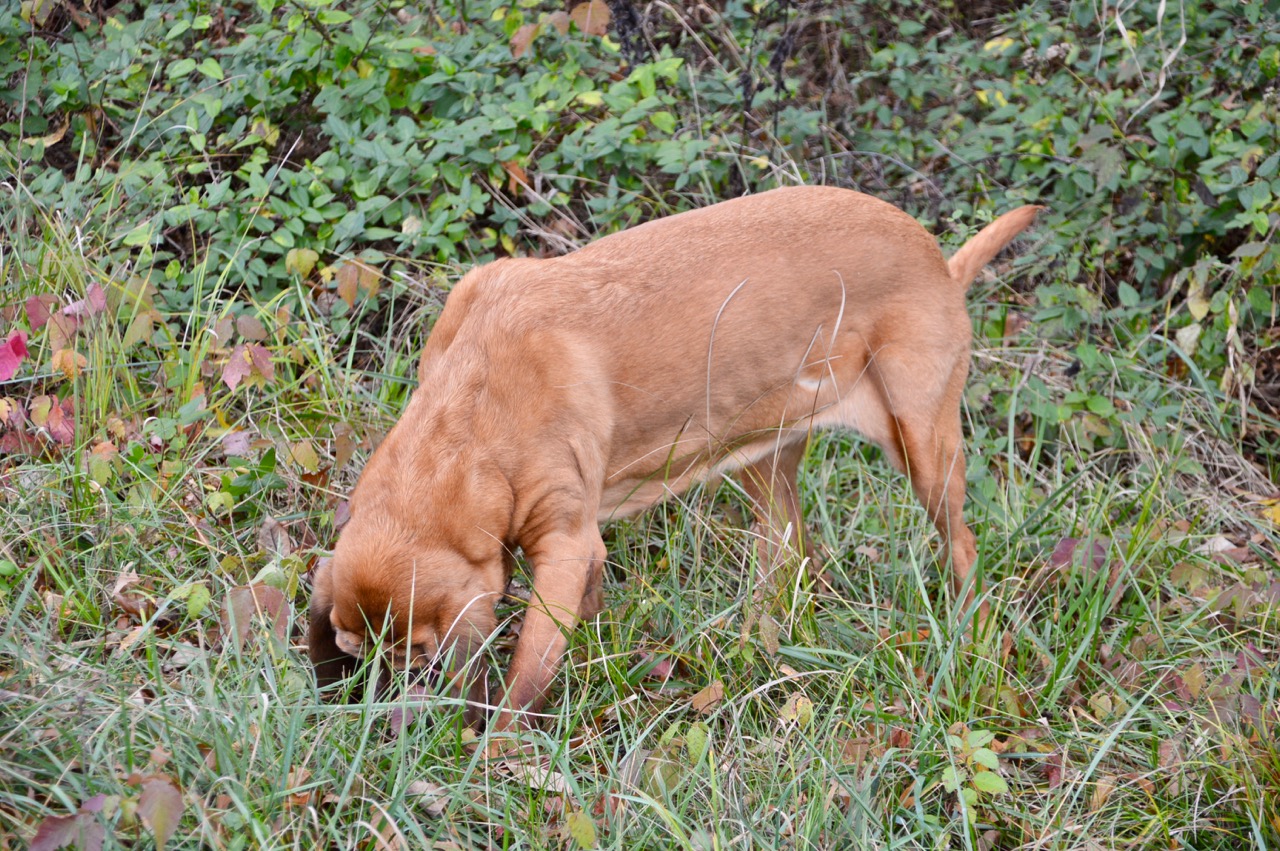 With two large, strong bloodhounds, then Heidi ... I've always thought this field is the best place for them. I've tried walk Sadie and Stella before with two separate 6' standard leashes like I would have to traveling ... it's not possible once they find a scent that makes them take off running.

Stella is a good FJ rider but once she is outside the FJ in a different place than home (the vet) she gets quite skittish and tries to run away. She literally freaked out the last time I took her with me to buy dog food at T&T Feed & Seed. 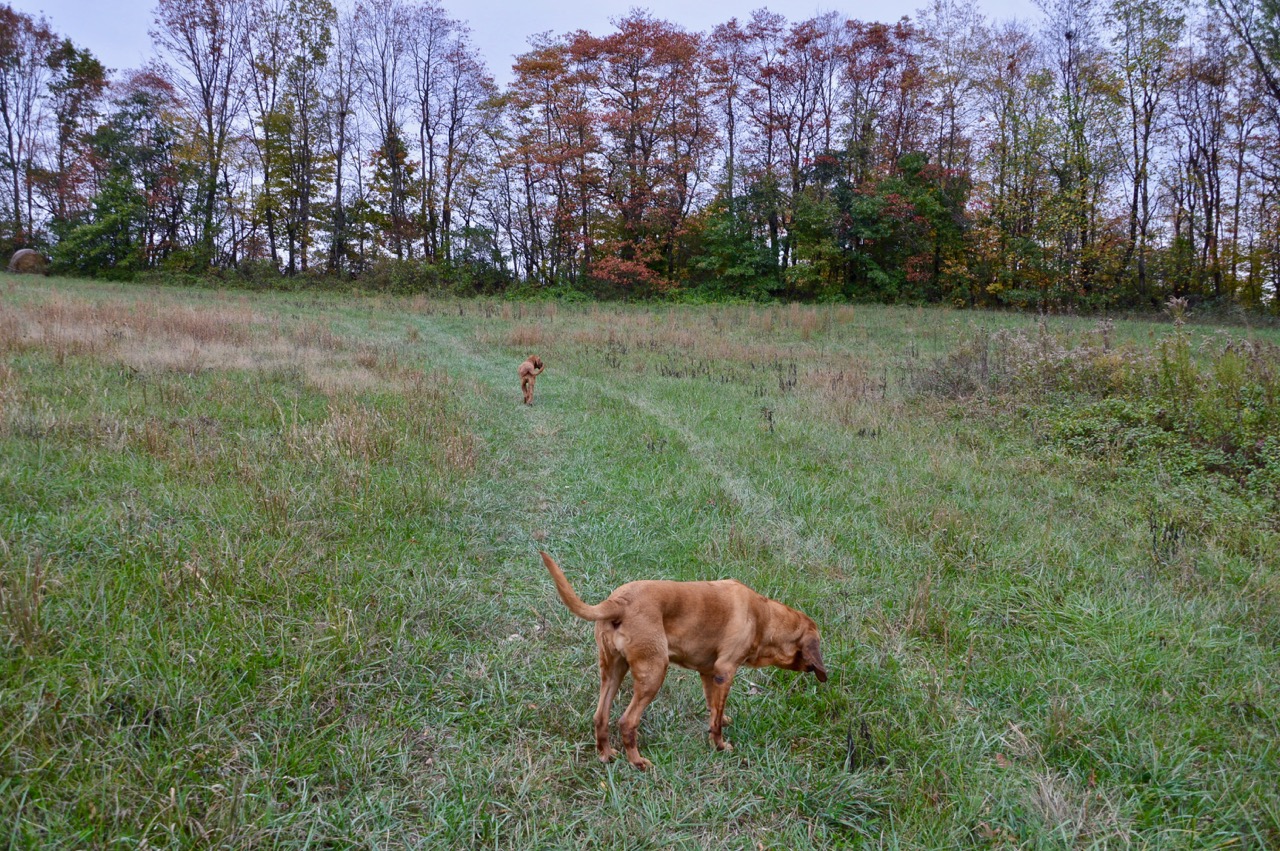 Due to staying up late last night watching one of the wildest baseball games of the World Series, I see that my mind is all over the place writing this post. Sorry for all the misdirection but I really have no idea what to write about this morning. 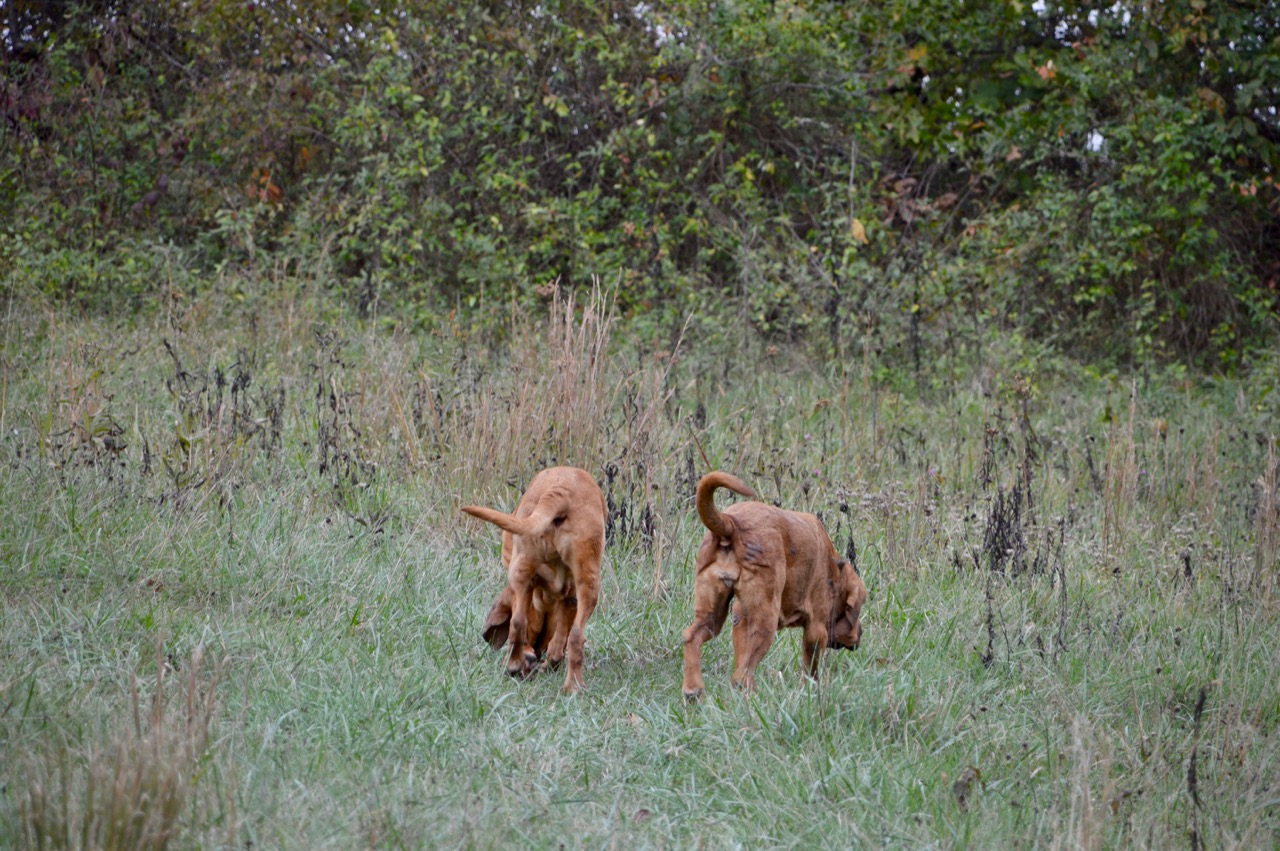 So I think I'll stop babbling and post the photos I have left from this mornings walk. 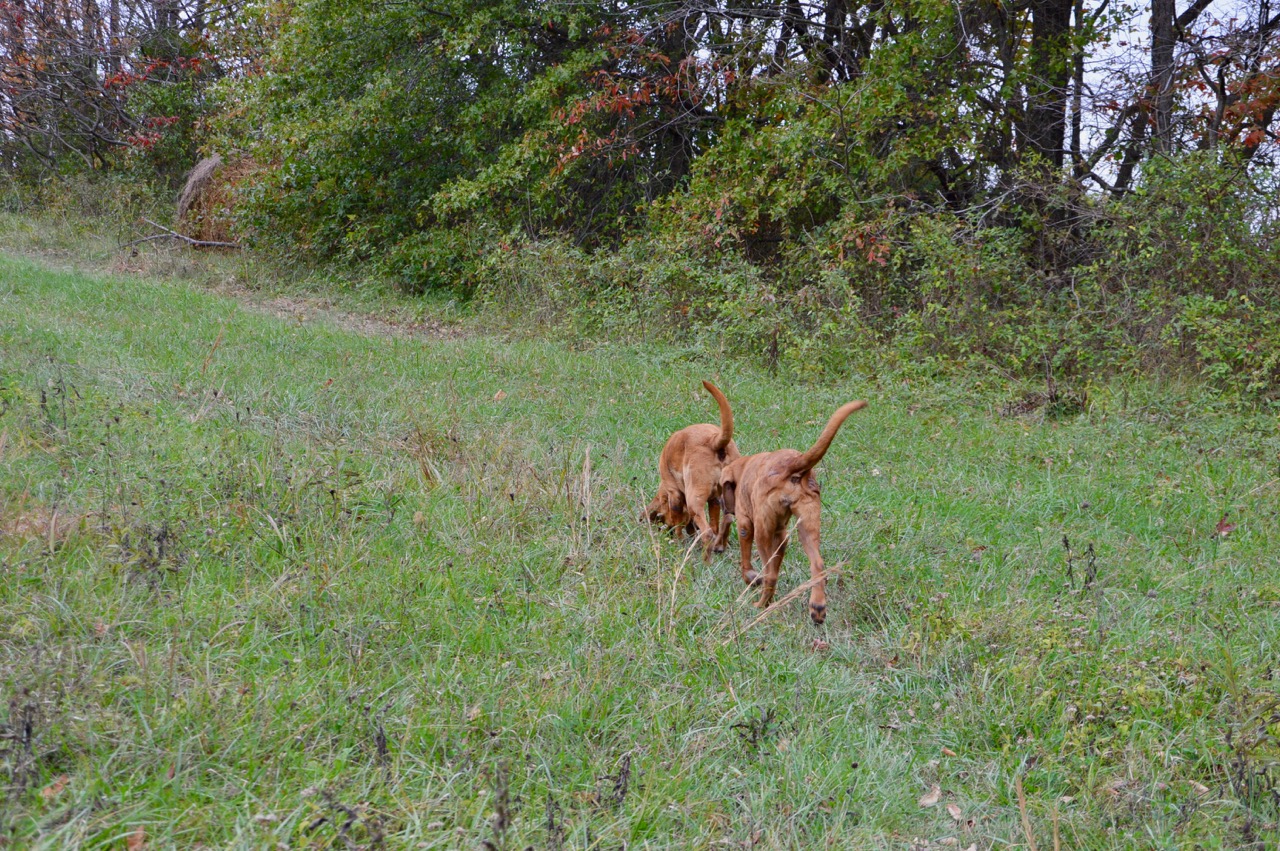 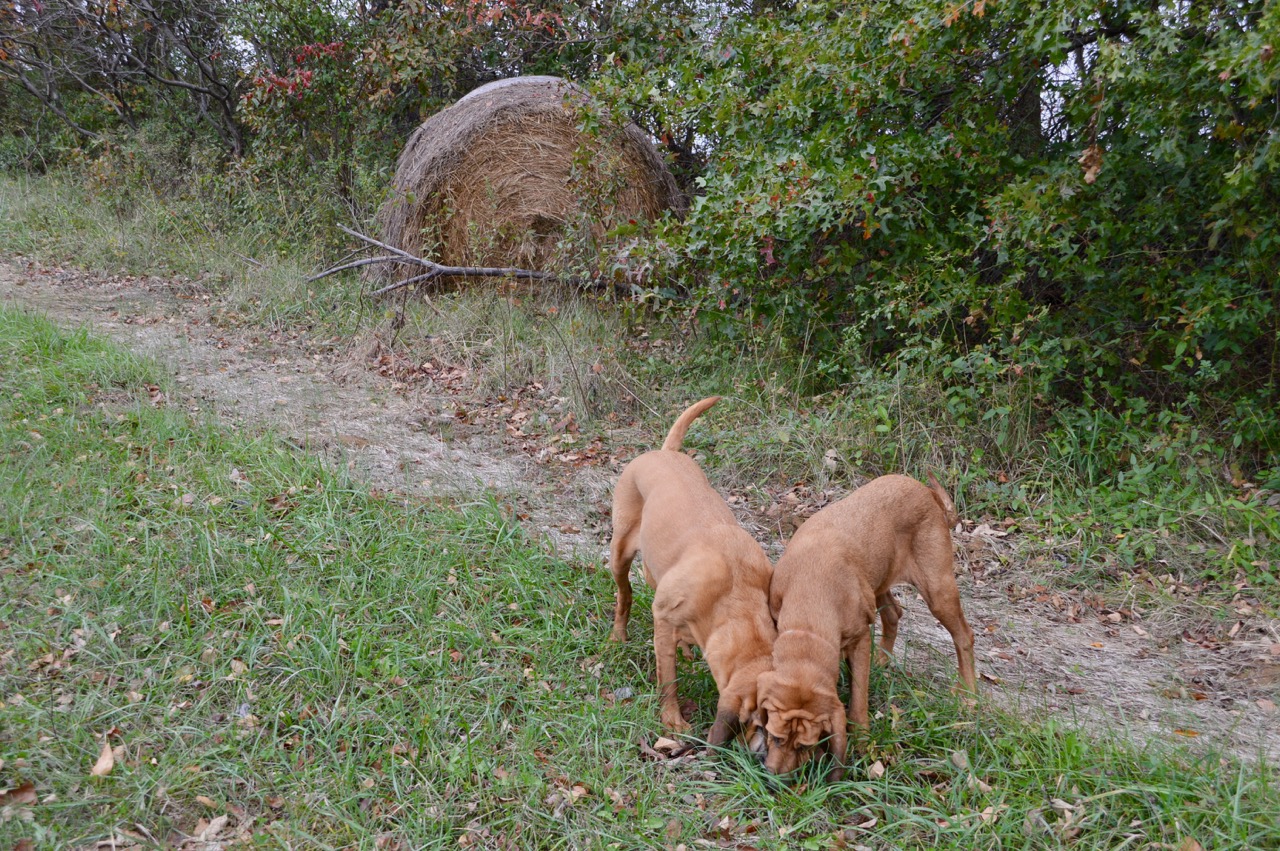 I think this is about all of the fall colors we will get this year. 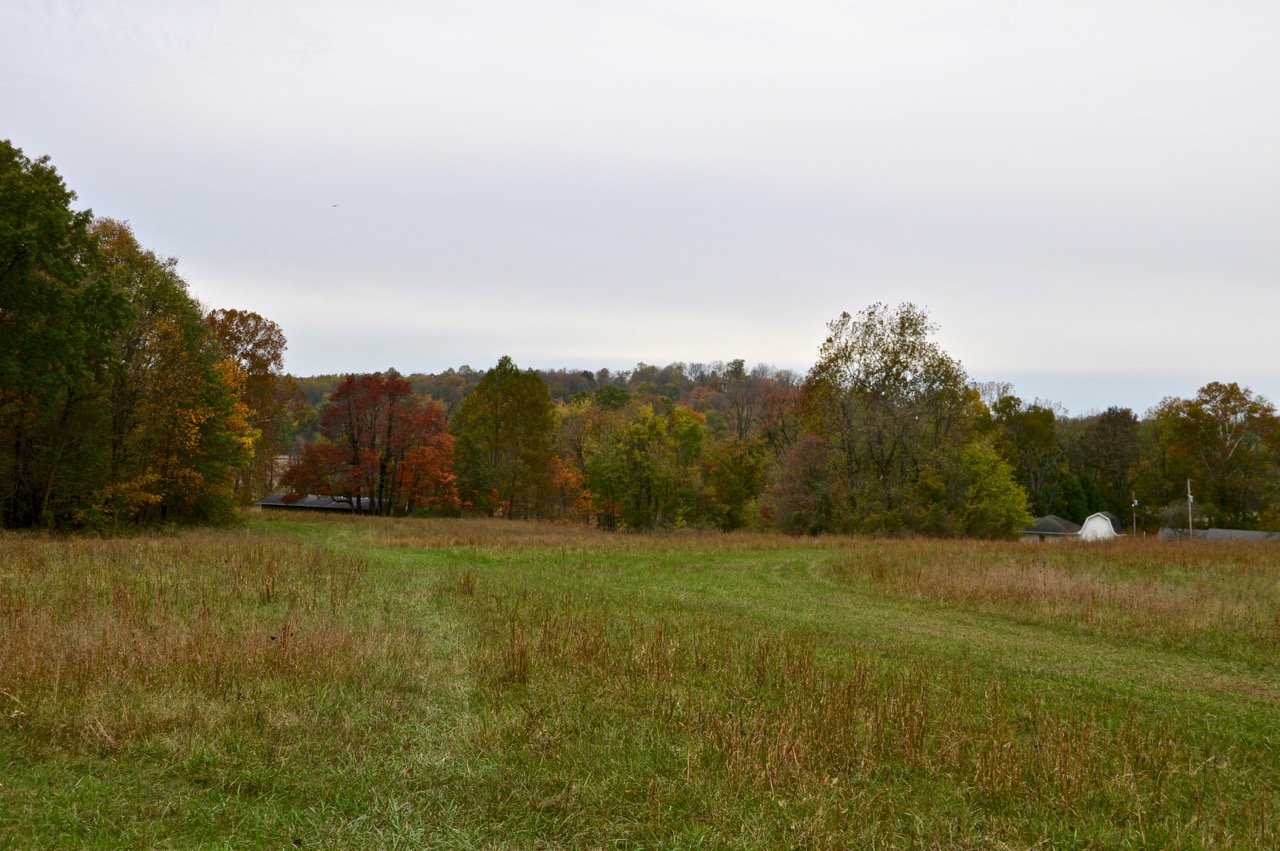 Haven't moved from the time I approached them, walked past them and made the final turn home. I had to walk back to tug at Stella's collar to get her to move back to the path with us. 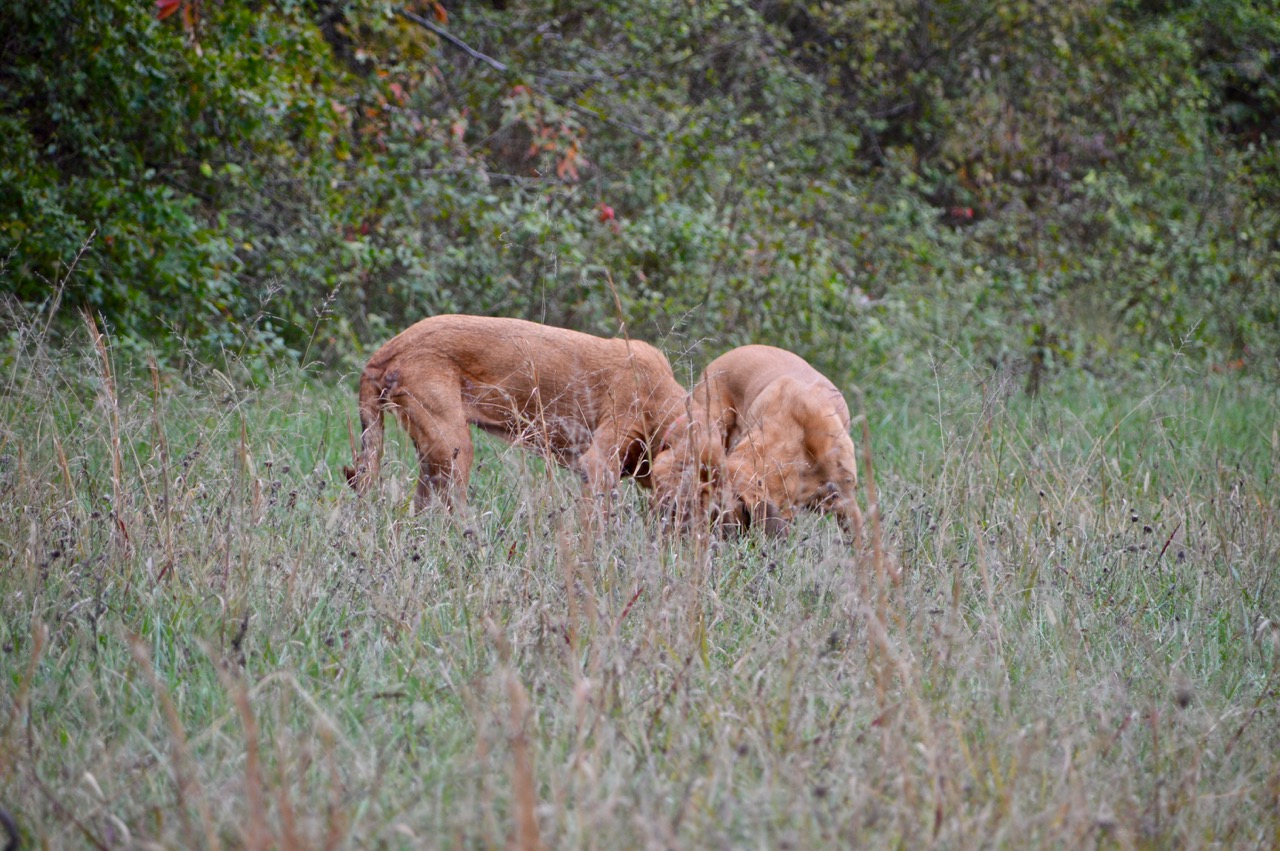 They seemed to think it was another successful walk this morning as they trotted ahead. They prefer the alternate path home we started last month. 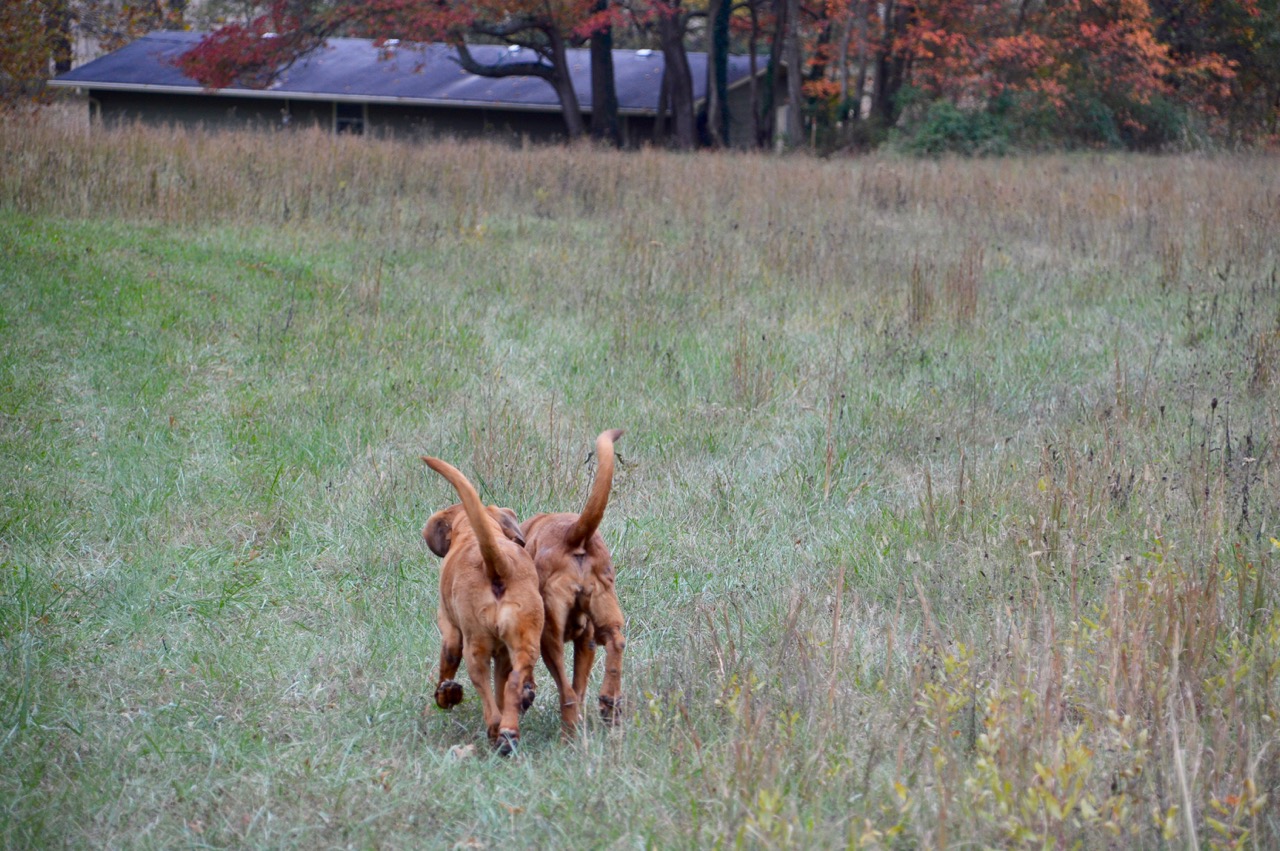 Stella was looking serious this morning as she finished her walk. 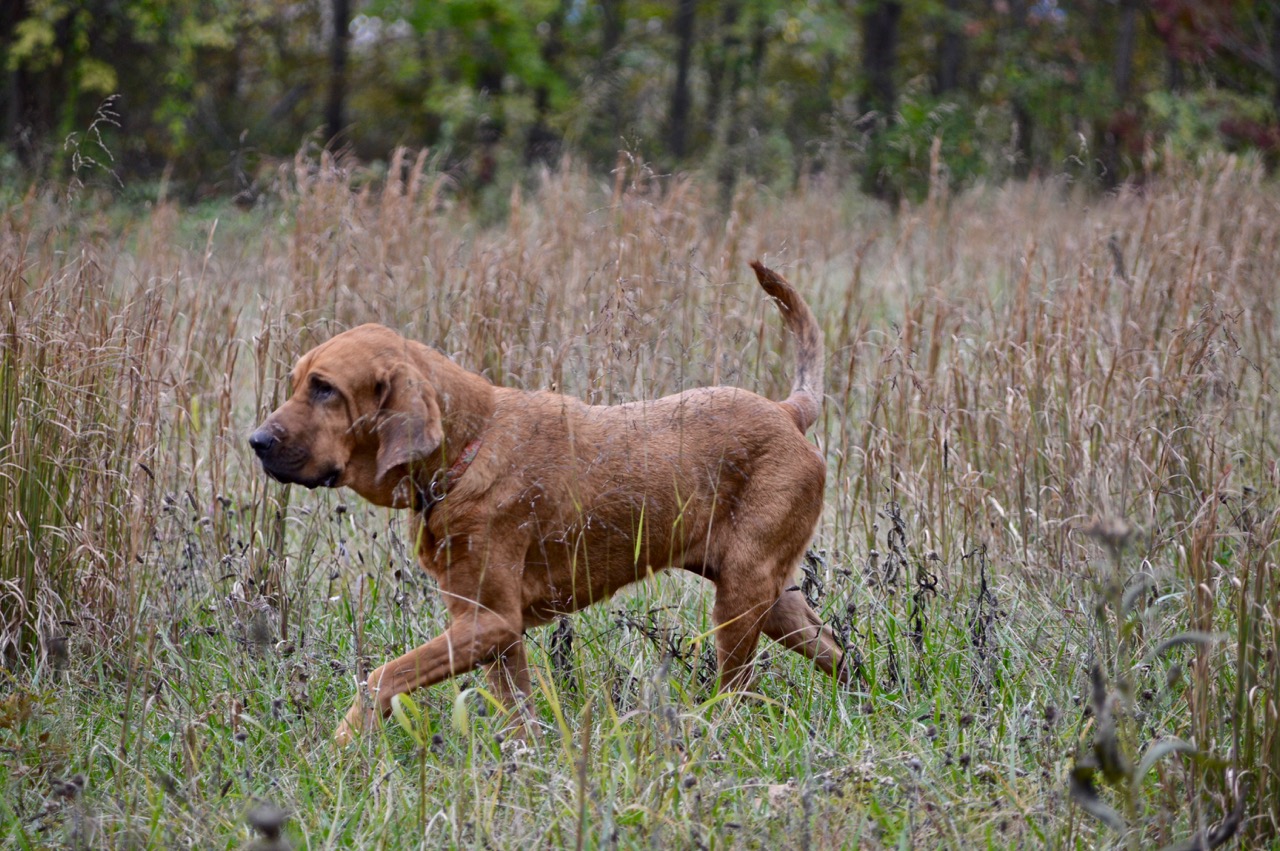 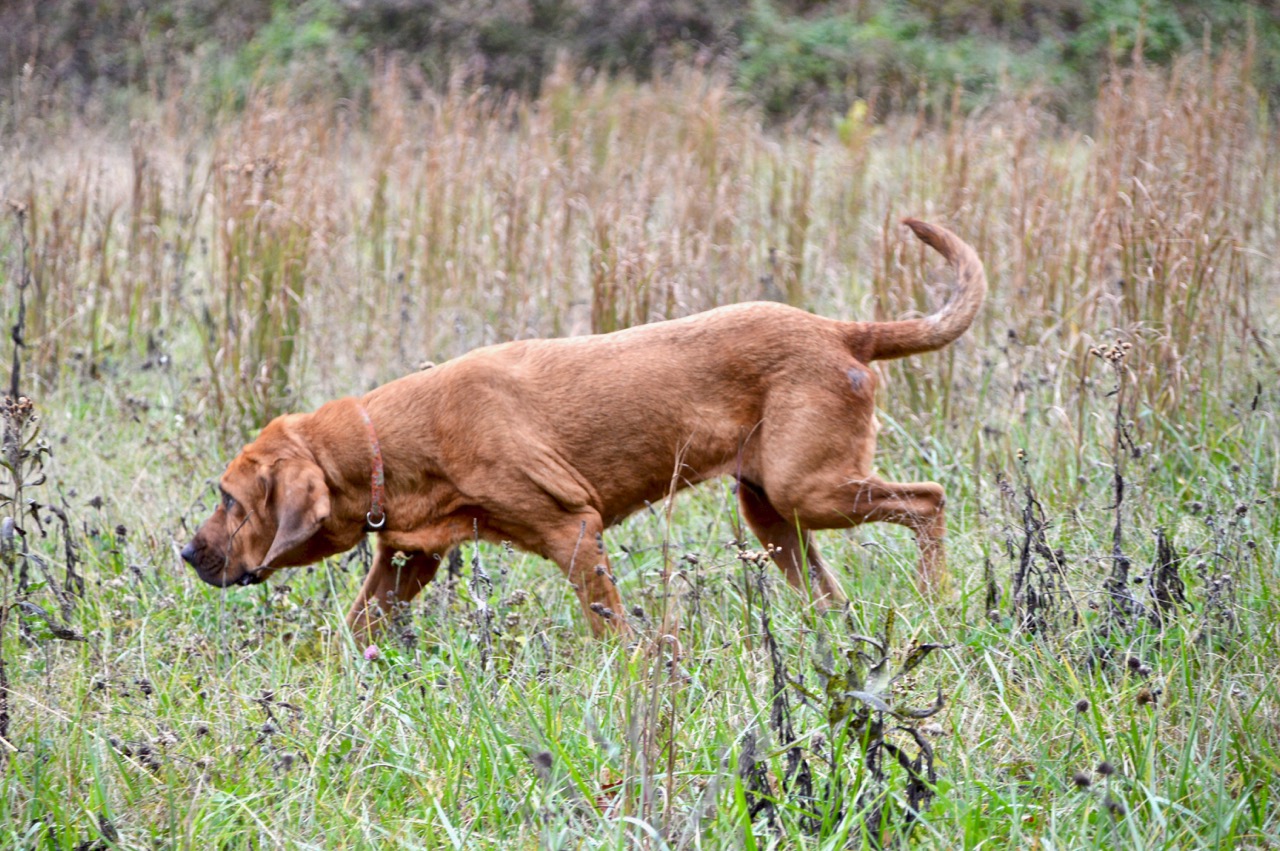 Sadie needed to check out one more thing before she walked into the yard. 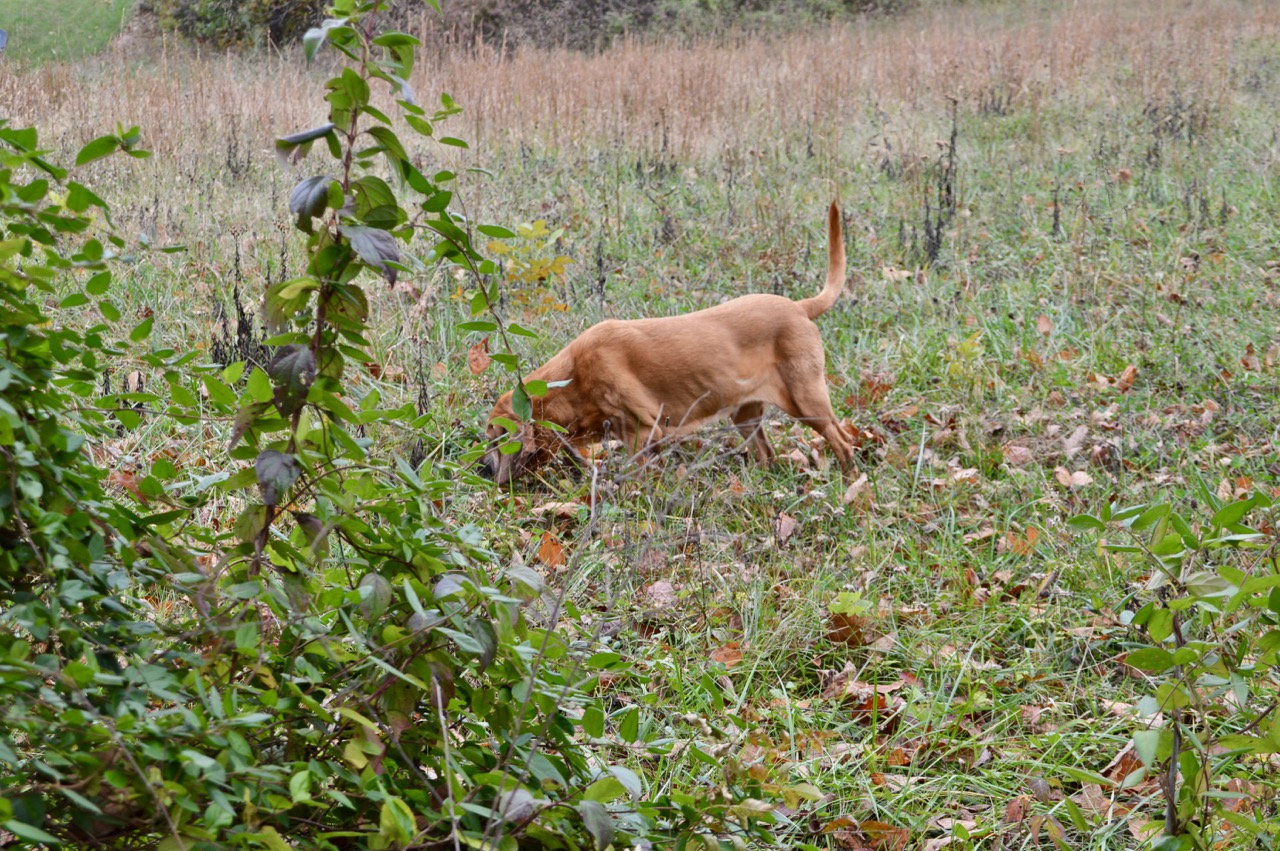 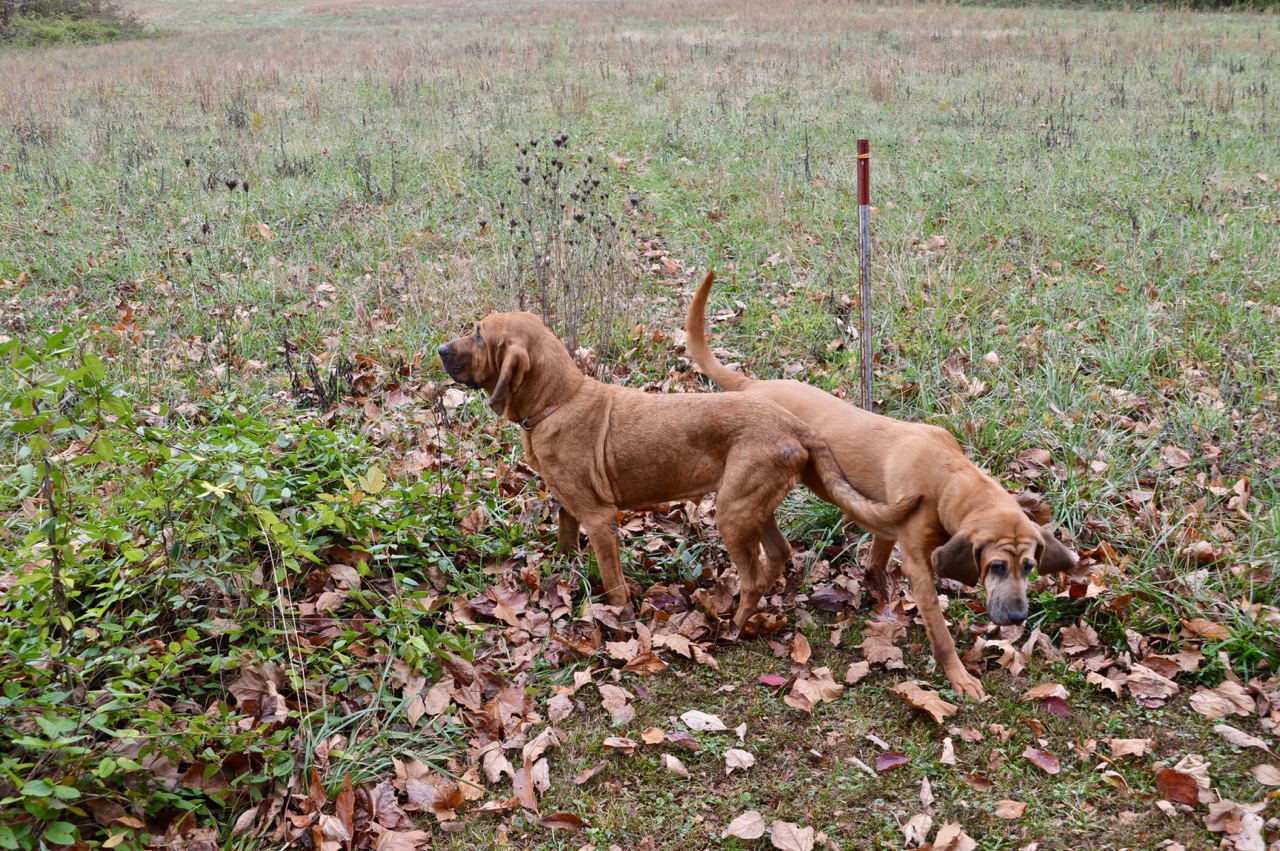 Time to get warm, take a short morning nap and wait for lunch to be served. 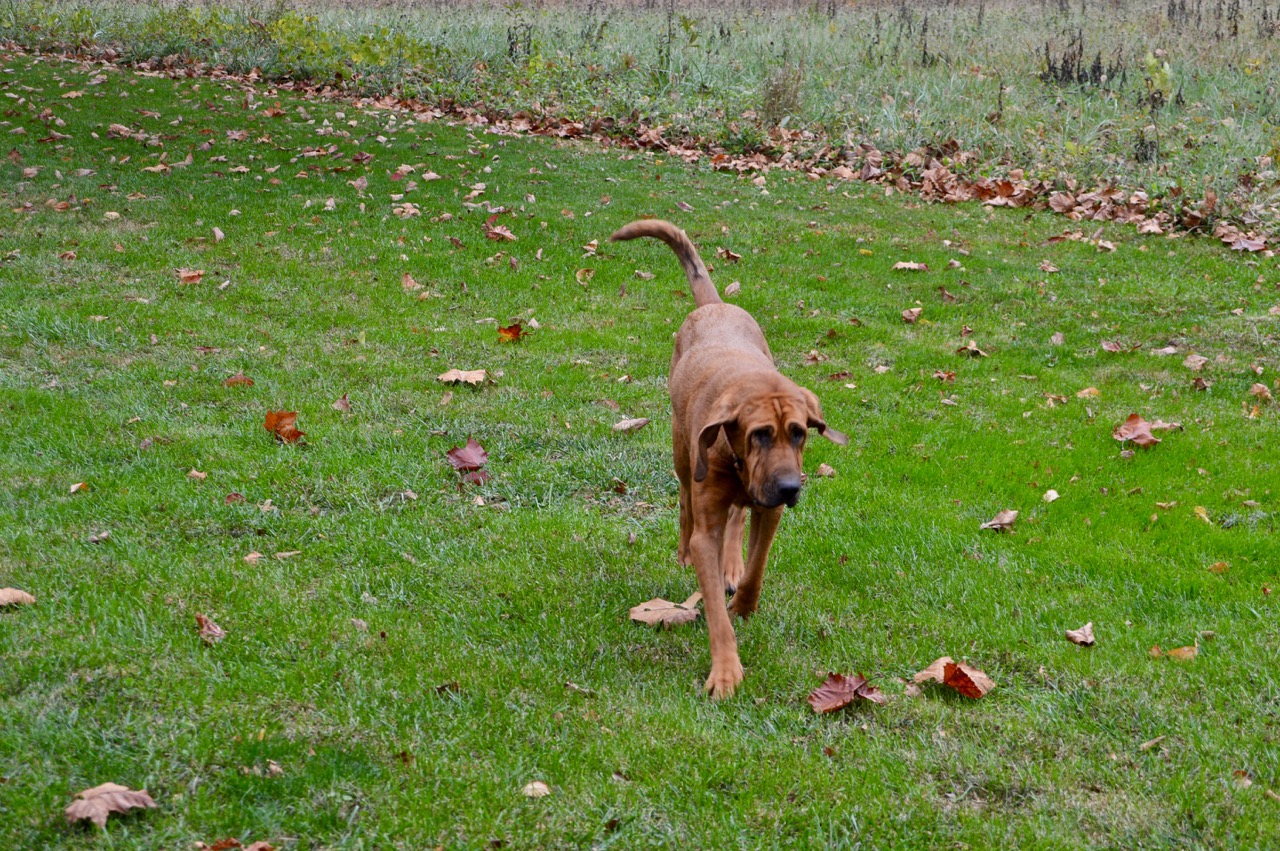 The time has been flying with baseball, football and now college basketball being on tv almost every night of the week. I can still get a couple of things checked off of my 'to do' list before bad weather arrives. Otherwise, remaining items will be moved to the 2018 To Do list.

I now hear rain outside here in 'the tropics' of Southern Indiana.
at October 30, 2017