Sadie At Maximum Energy This Morning 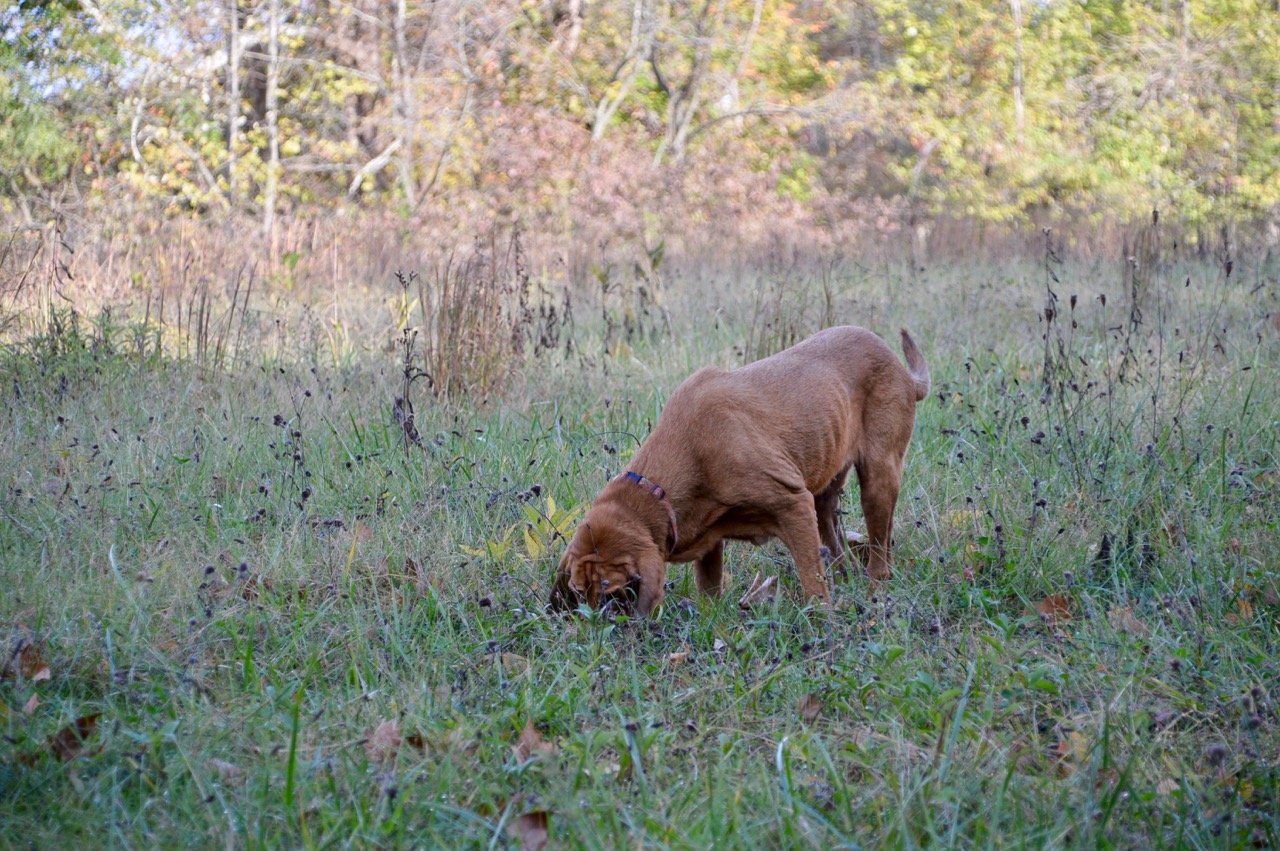 It's was colder than yesterday morning, enough for me to wear a ski cap and gloves on our walk this morning. I even pulled the wool socks out of the drawer and put those on. I didn't care that it will be in the 60's again in a few days ... it was 38°. Both hounds did their own thing this morning and Sadie was very energized ... it must have been the temperatures.

Sadie took off for her walk without even pulling my left hand by her mouth to get me started. She had to stop and look at me to see if I was going to walk or was I just going to spend time taking pictures. 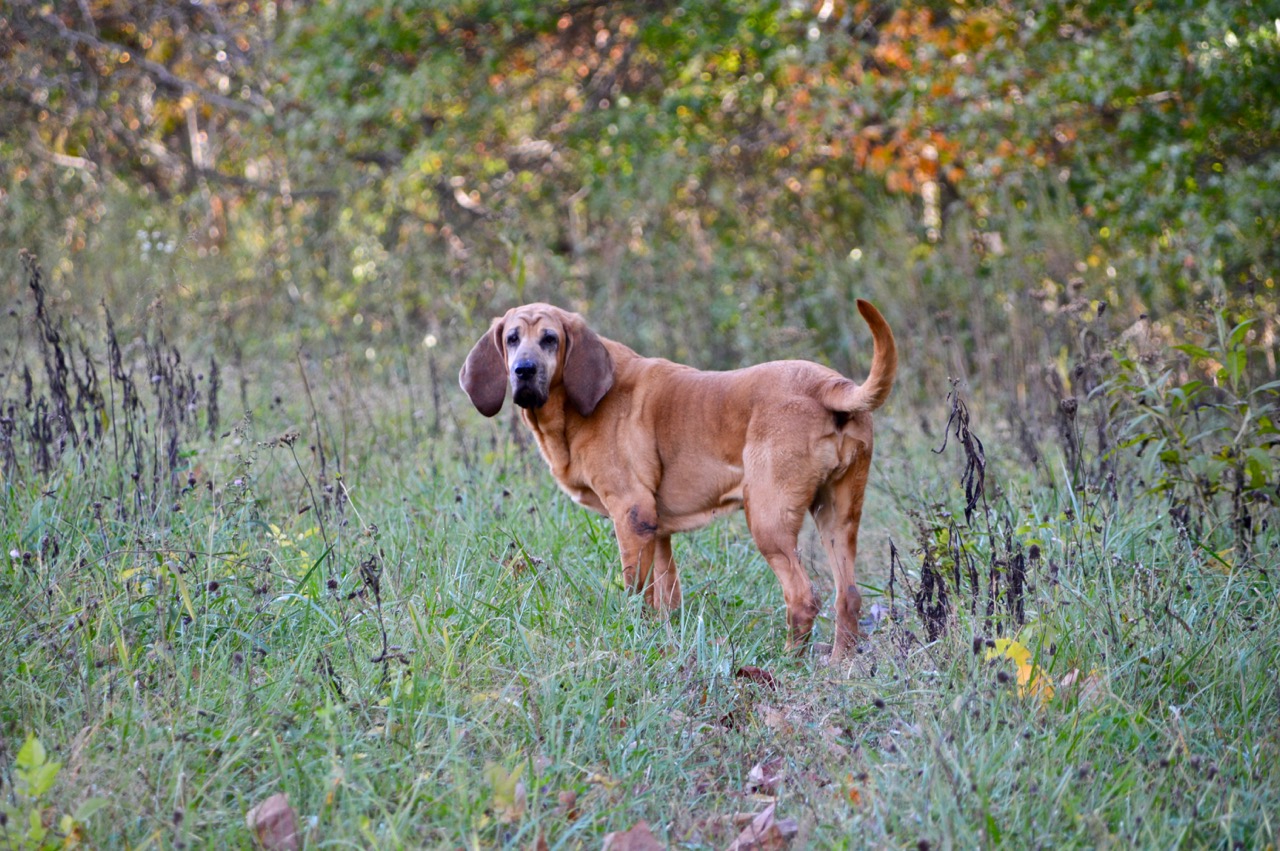 In the meantime Stella was going directions that I had not seen in a while. I knew she wasn't going to be going with us and I had a feeling she would not be here by the time we came back to this point of the walk. 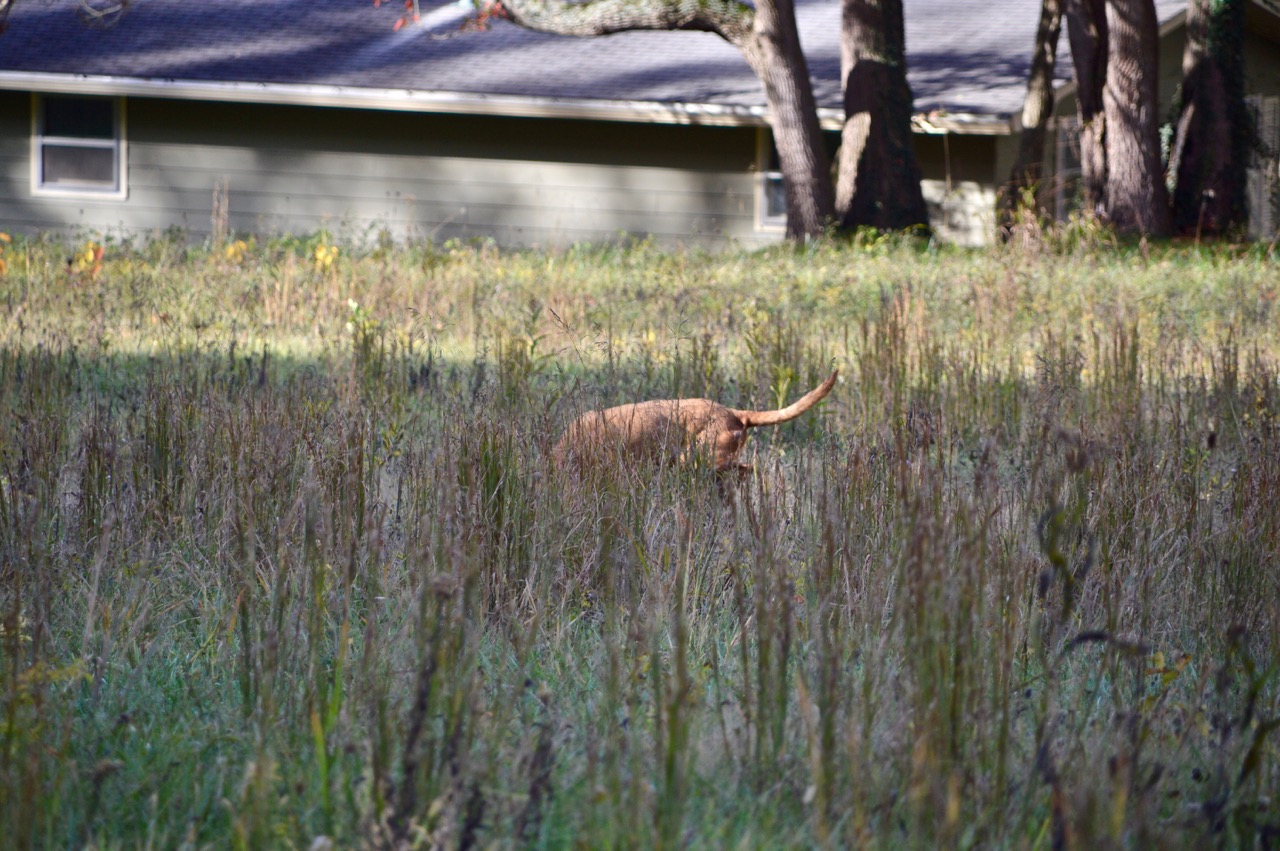 Right after taking the picture of Stella, I turned around and Sadie was already half way up the field on the worn ATV path. Once again she was checking to see where I was or if I was coming. Once she saw me turn the corner on the normal path she charged through the weeds to meet me on the right side of the field. 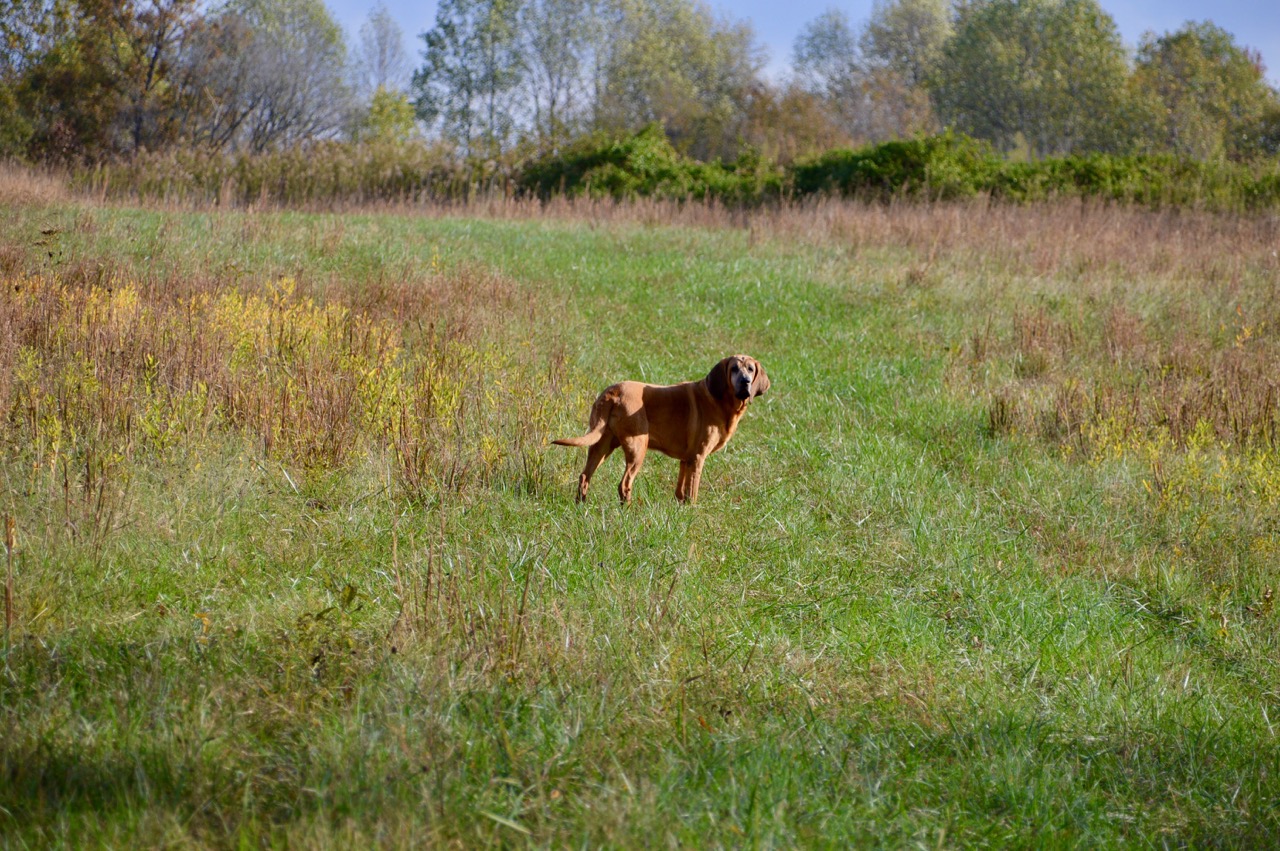 Once she touched my leg with her nose letting me know she was back ... she took off with her nose to the ground ... scents must have been really strong this morning ... Sadie was all over the field. 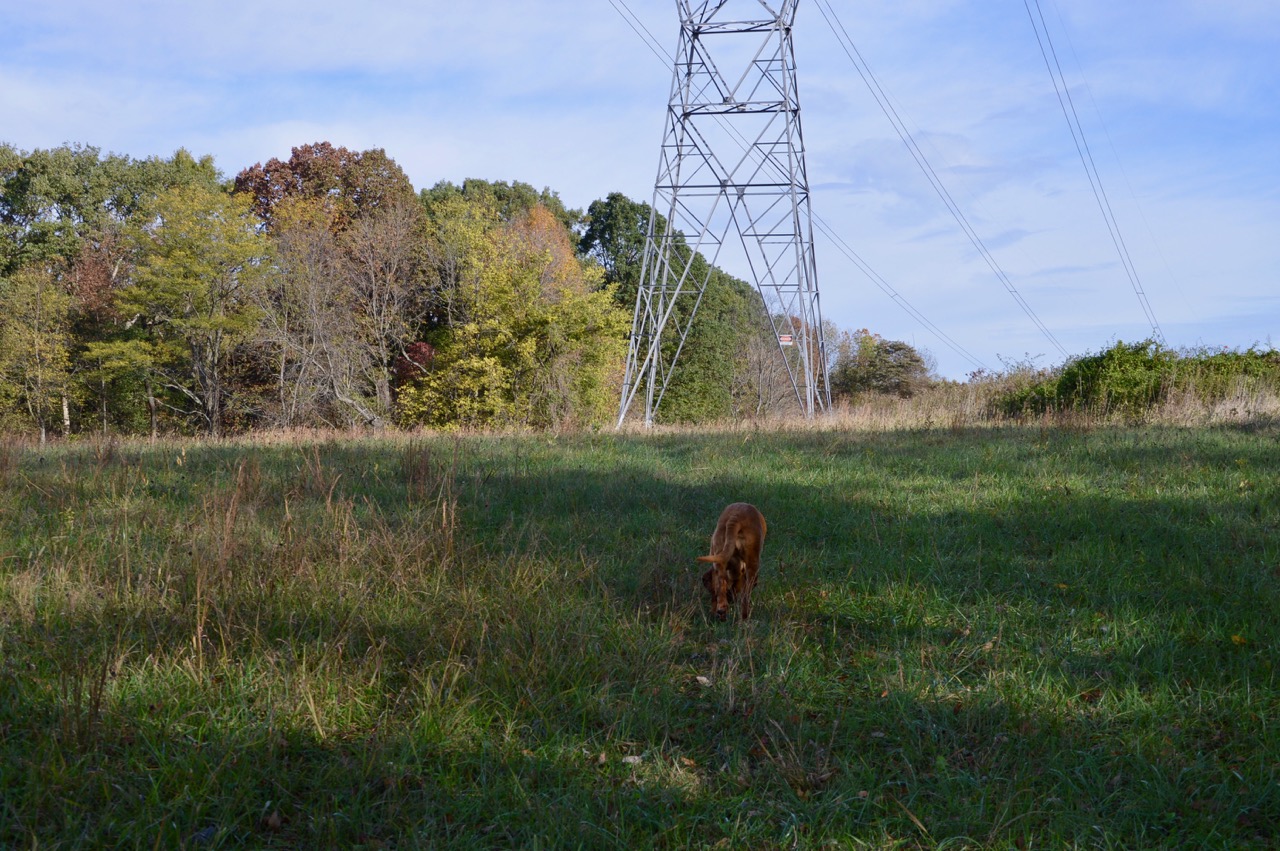 I think you will get the idea by the following pictures. 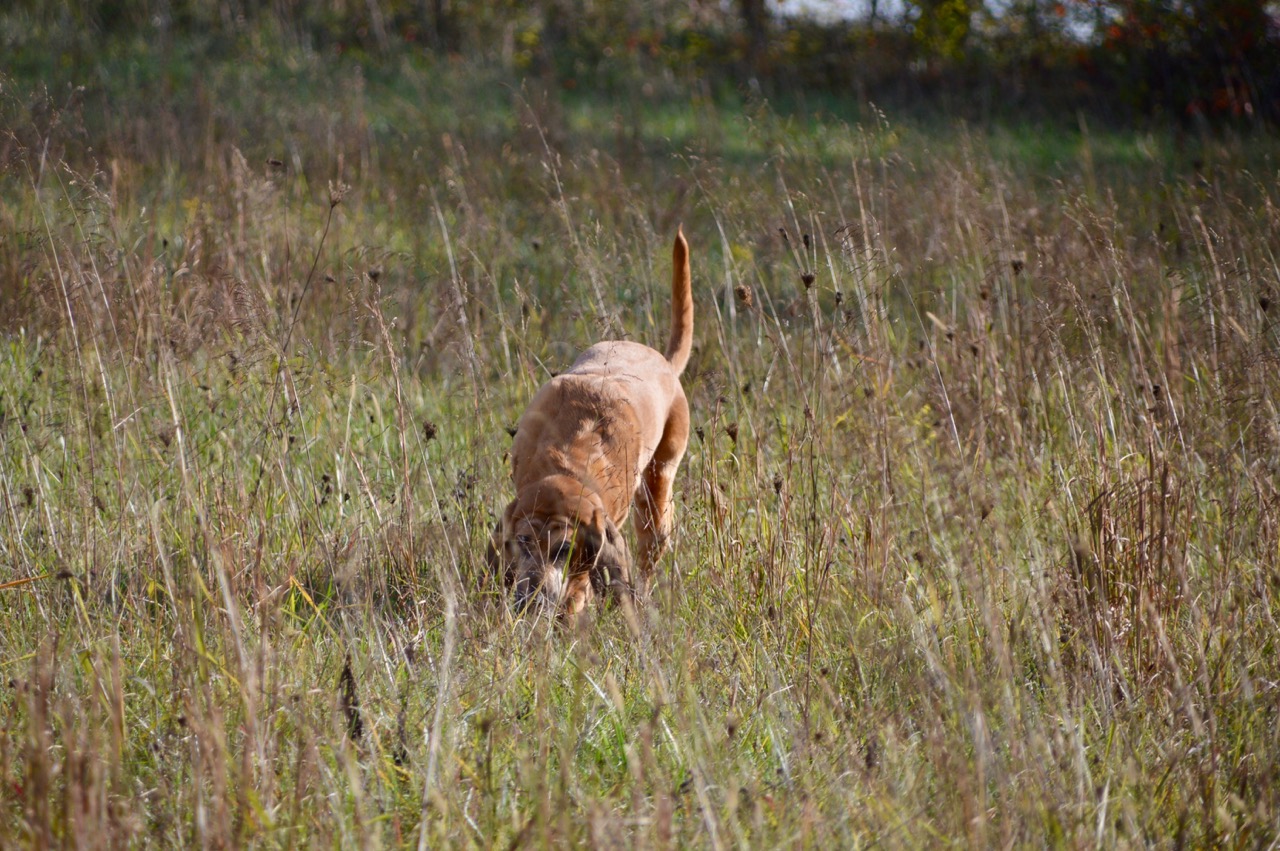 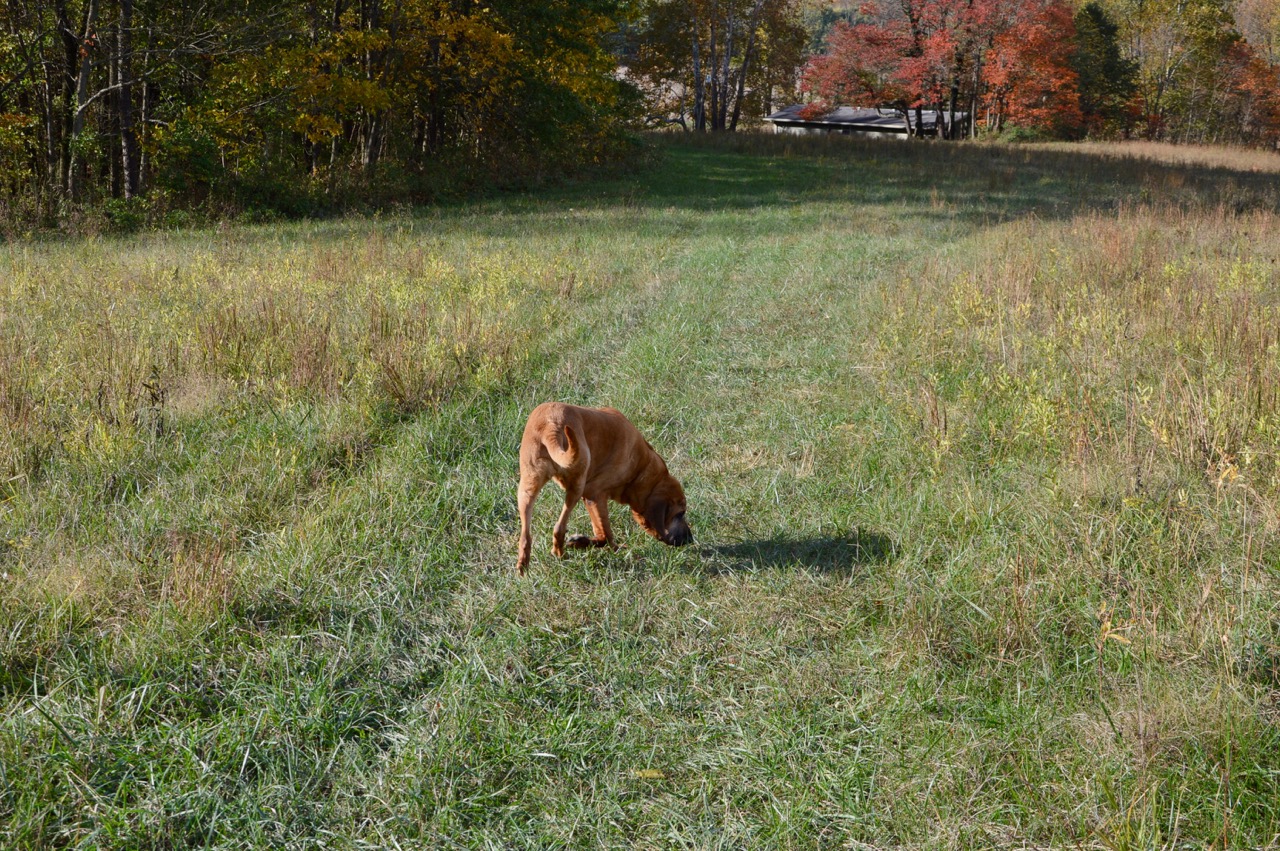 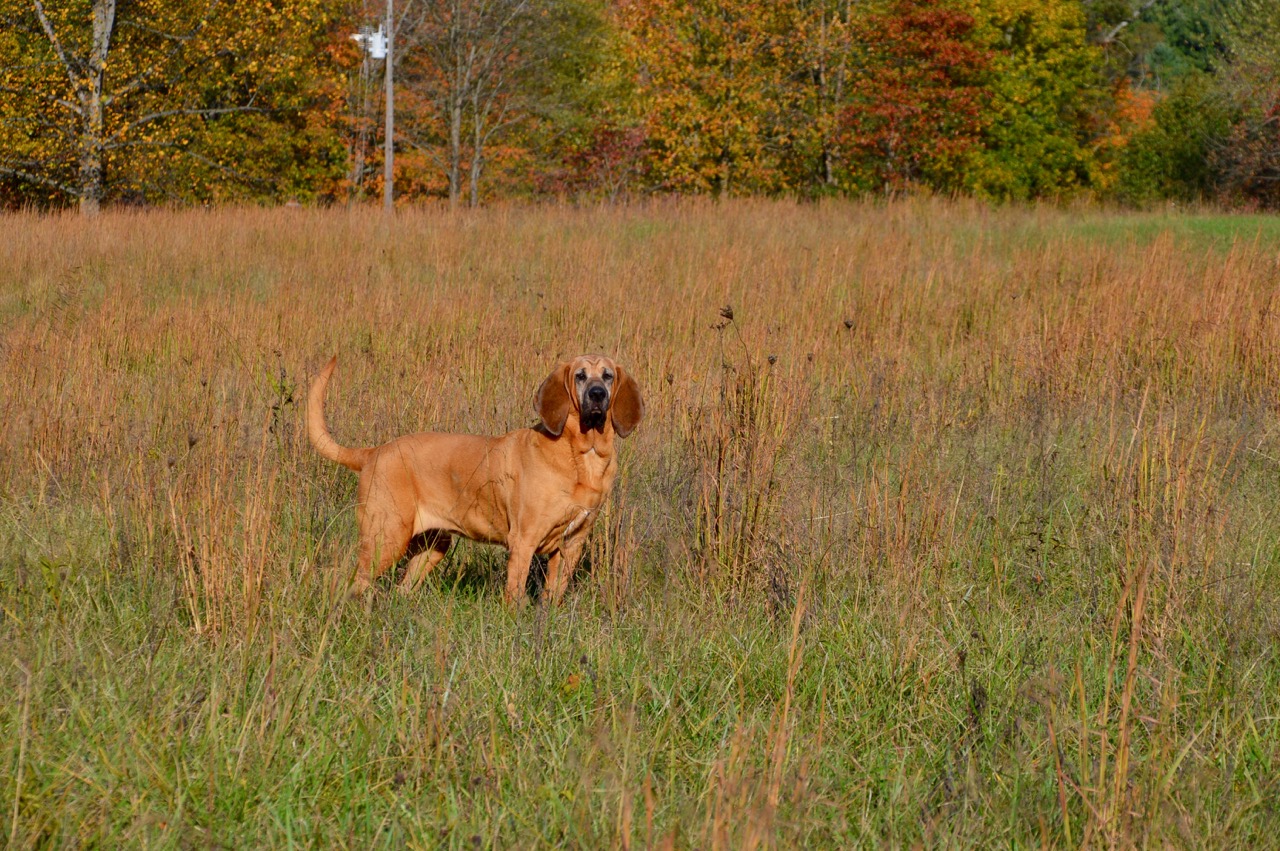 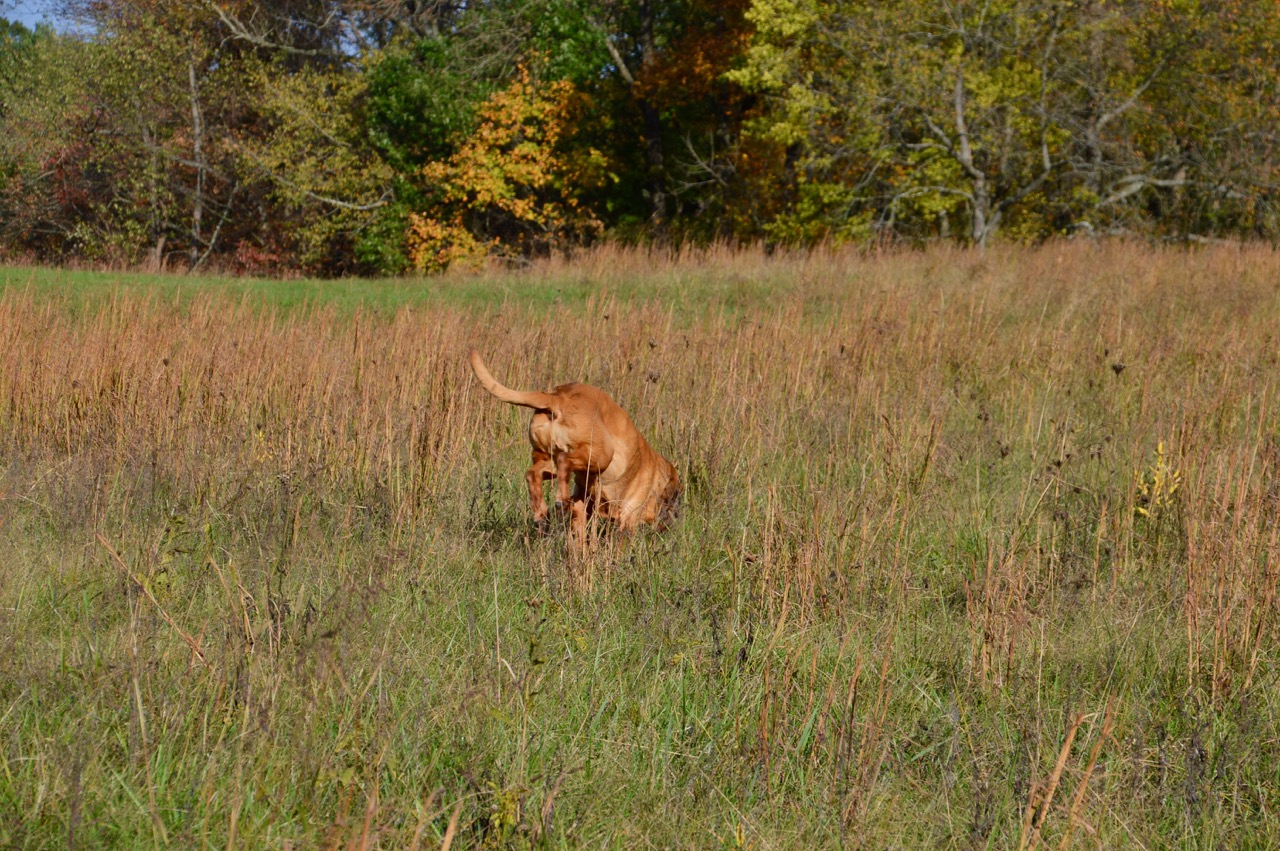 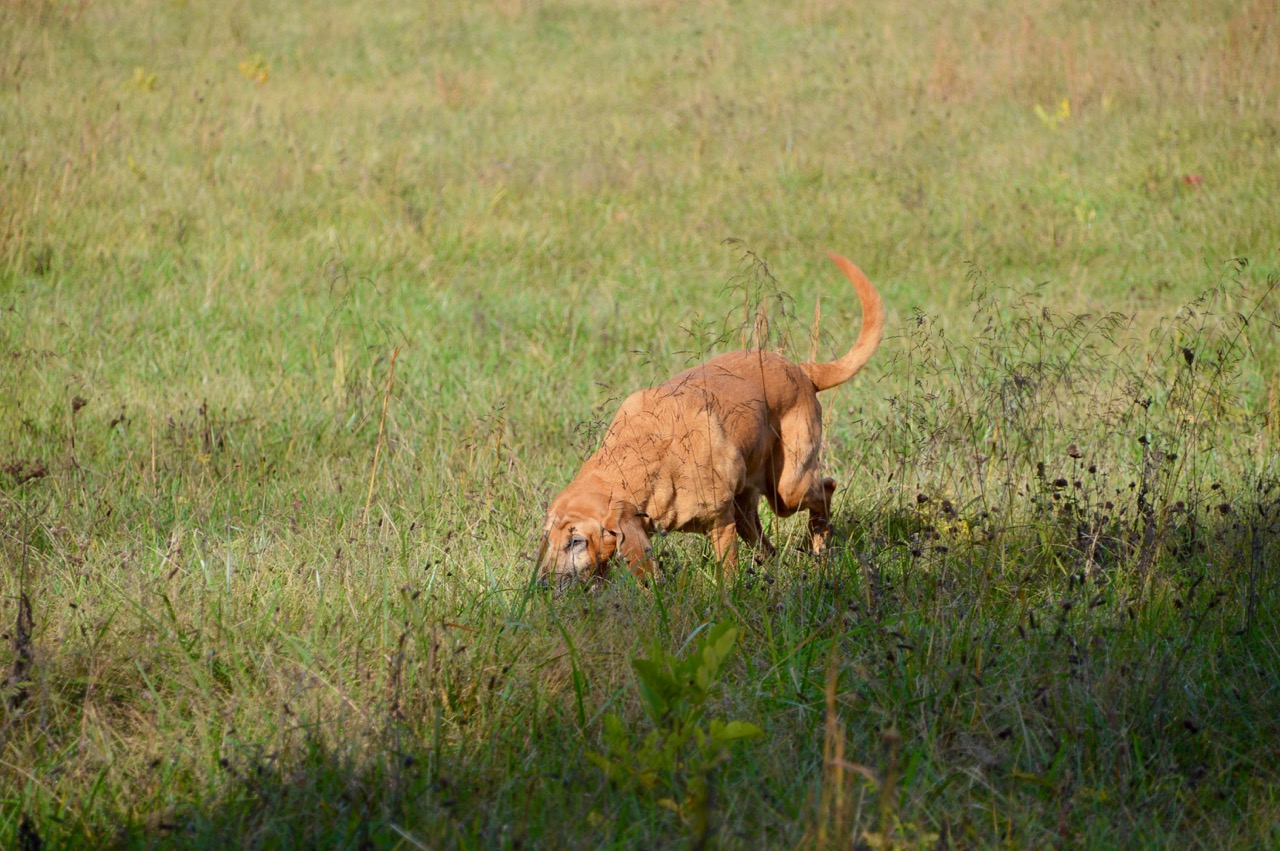 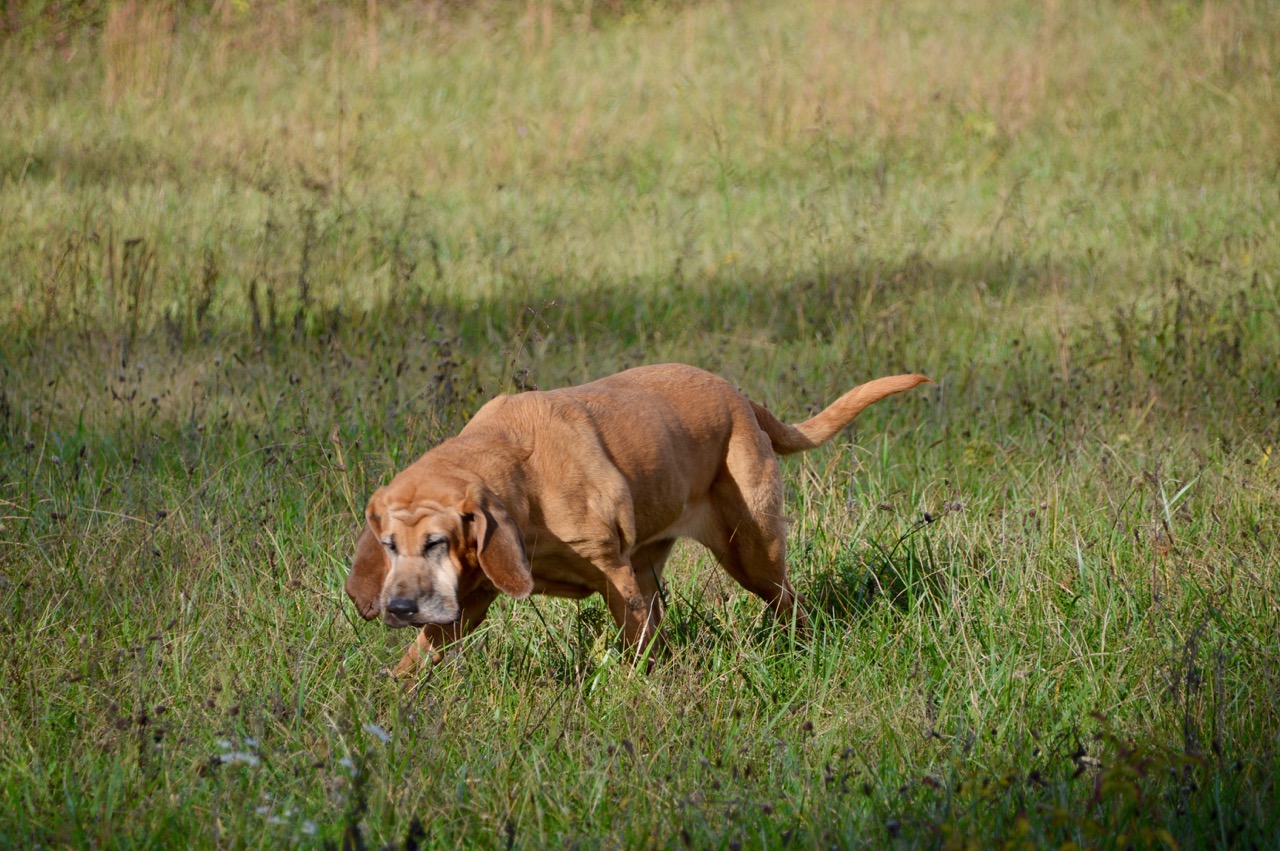 When I asked her "where's Stella" ... she took off running leaving me way behind. 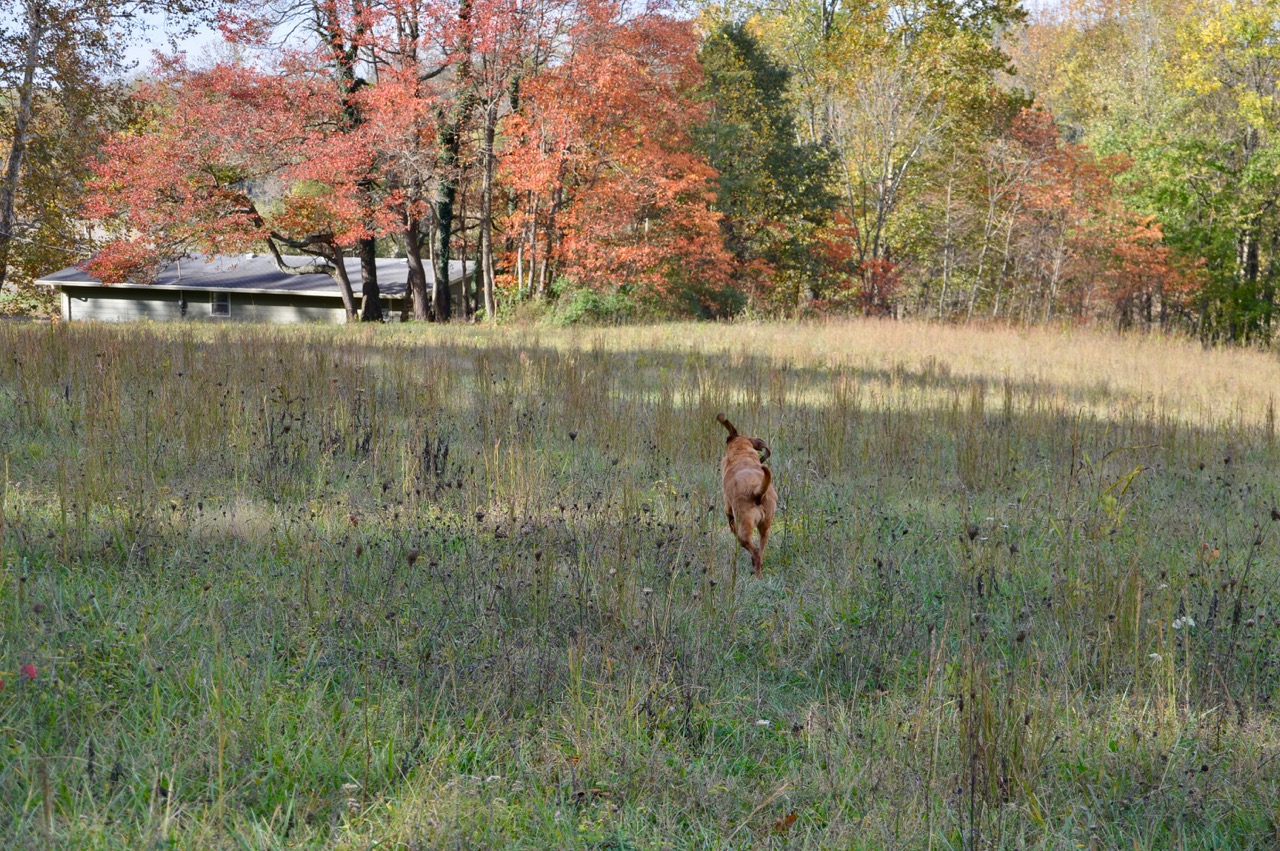 While Sadie tracked scent with her ears flying high ... I didn't see Stella anywhere on the horizon while looking through my 200mm zoom lens. 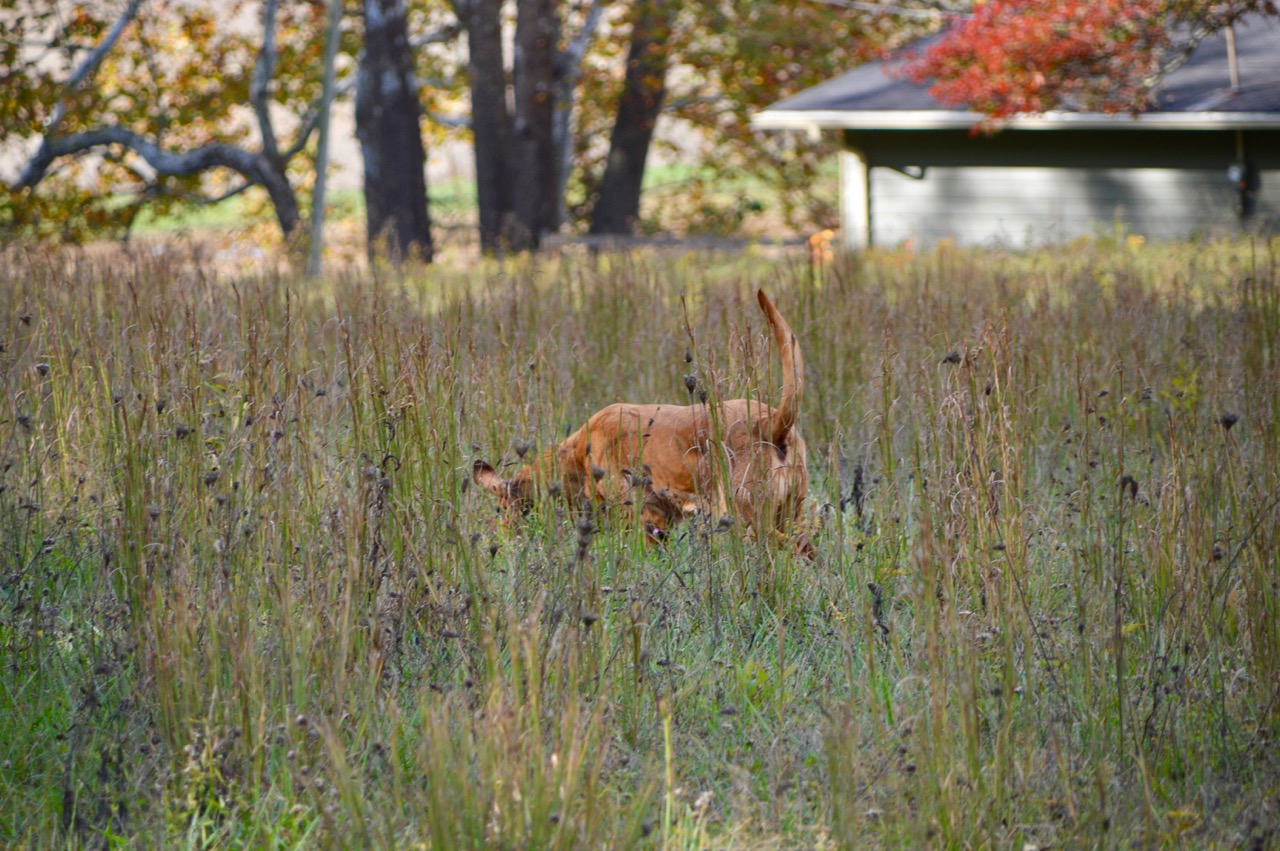 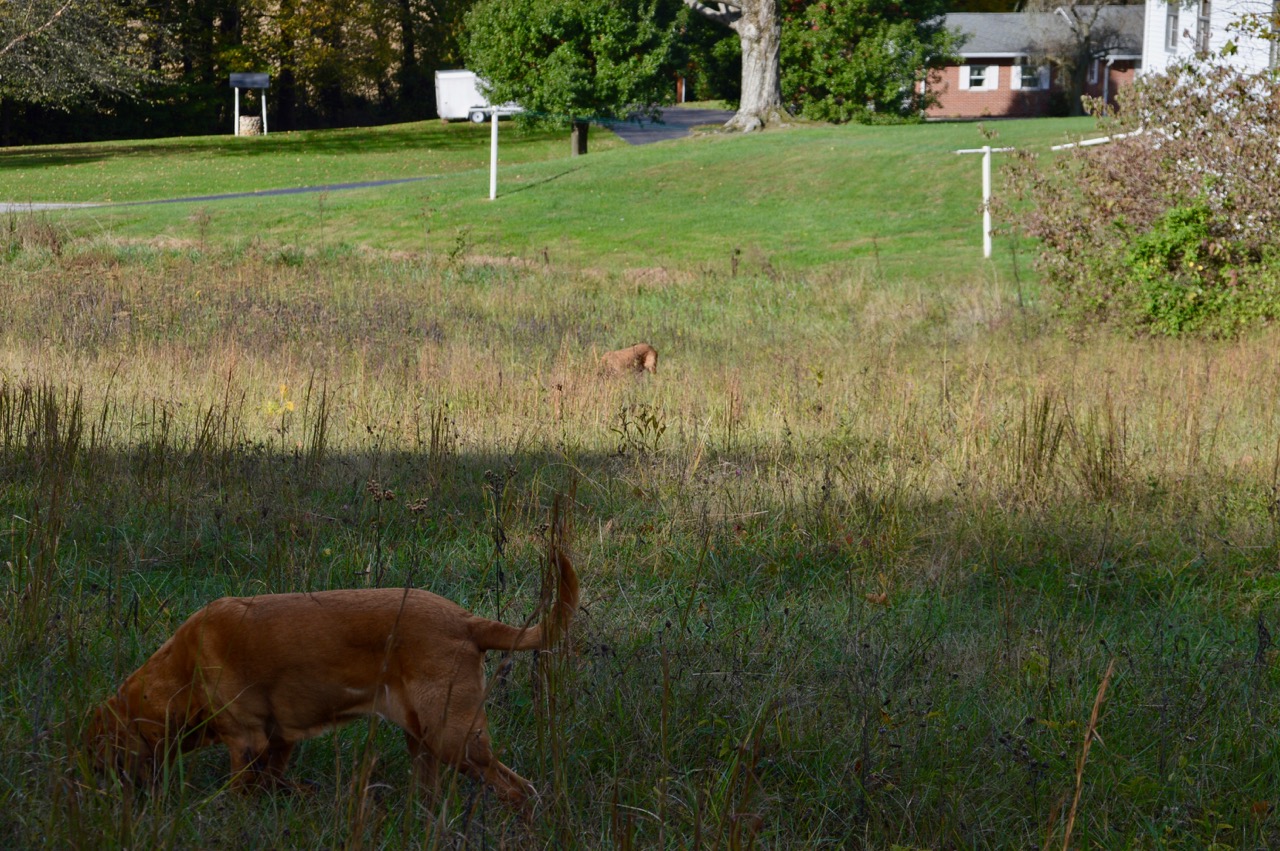 Sadie sprinted over to her, tapped noses, letting Stella it was time to get headed in the direction of home. 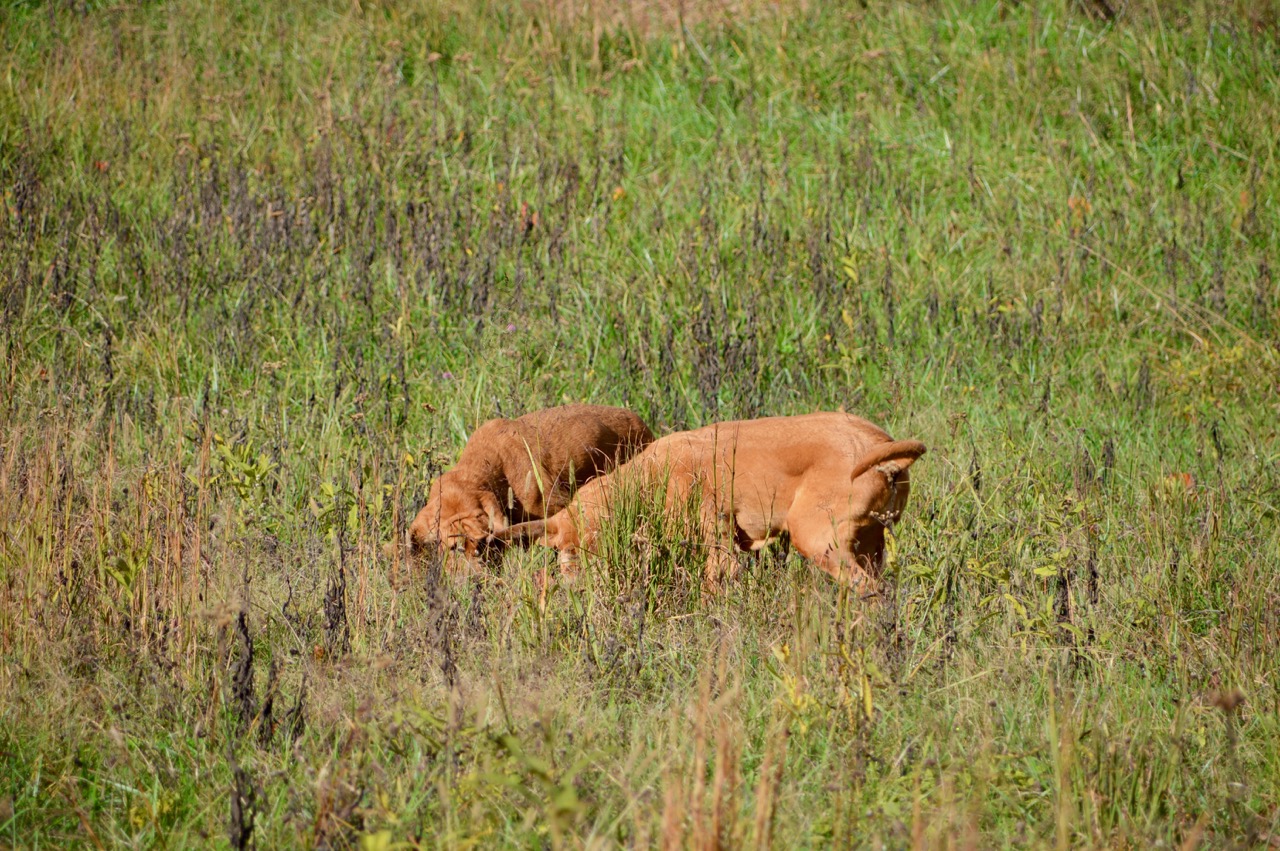 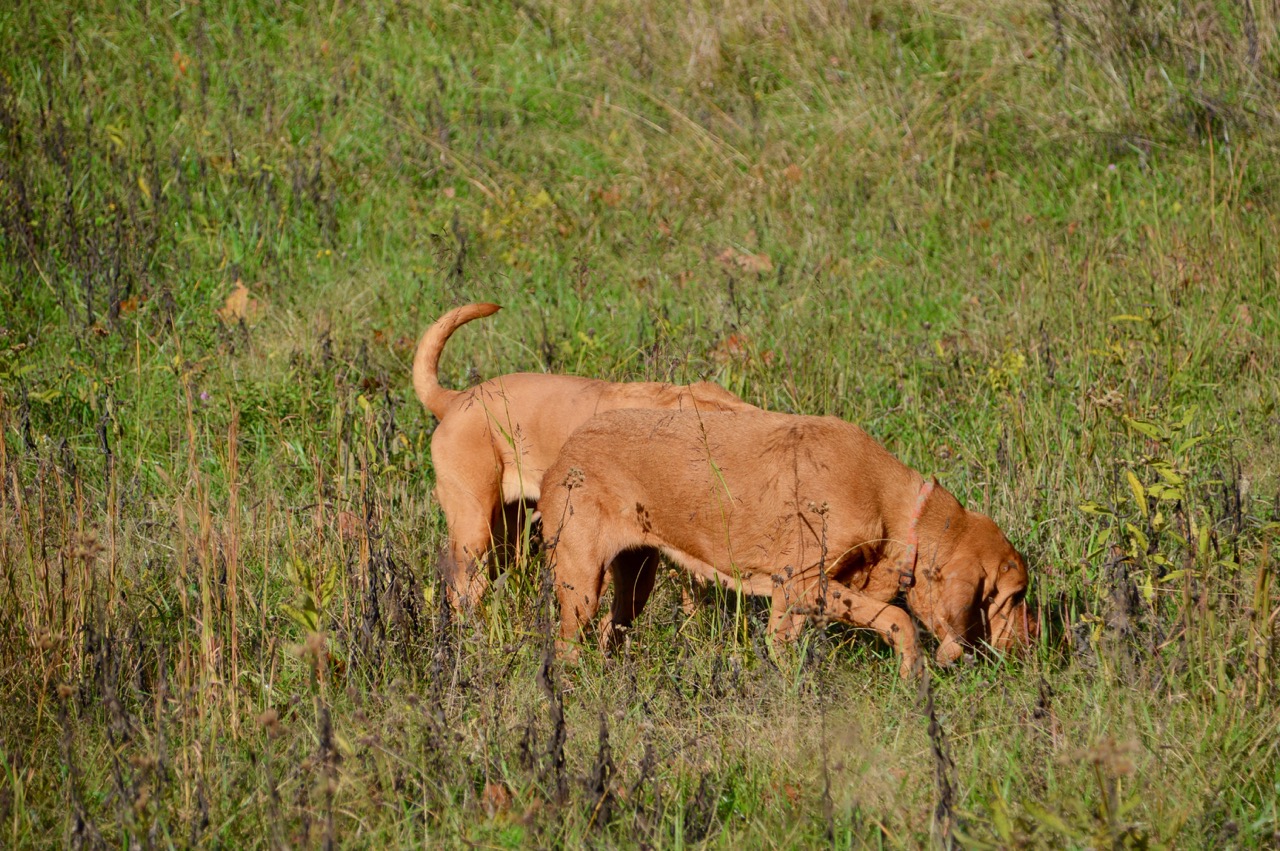 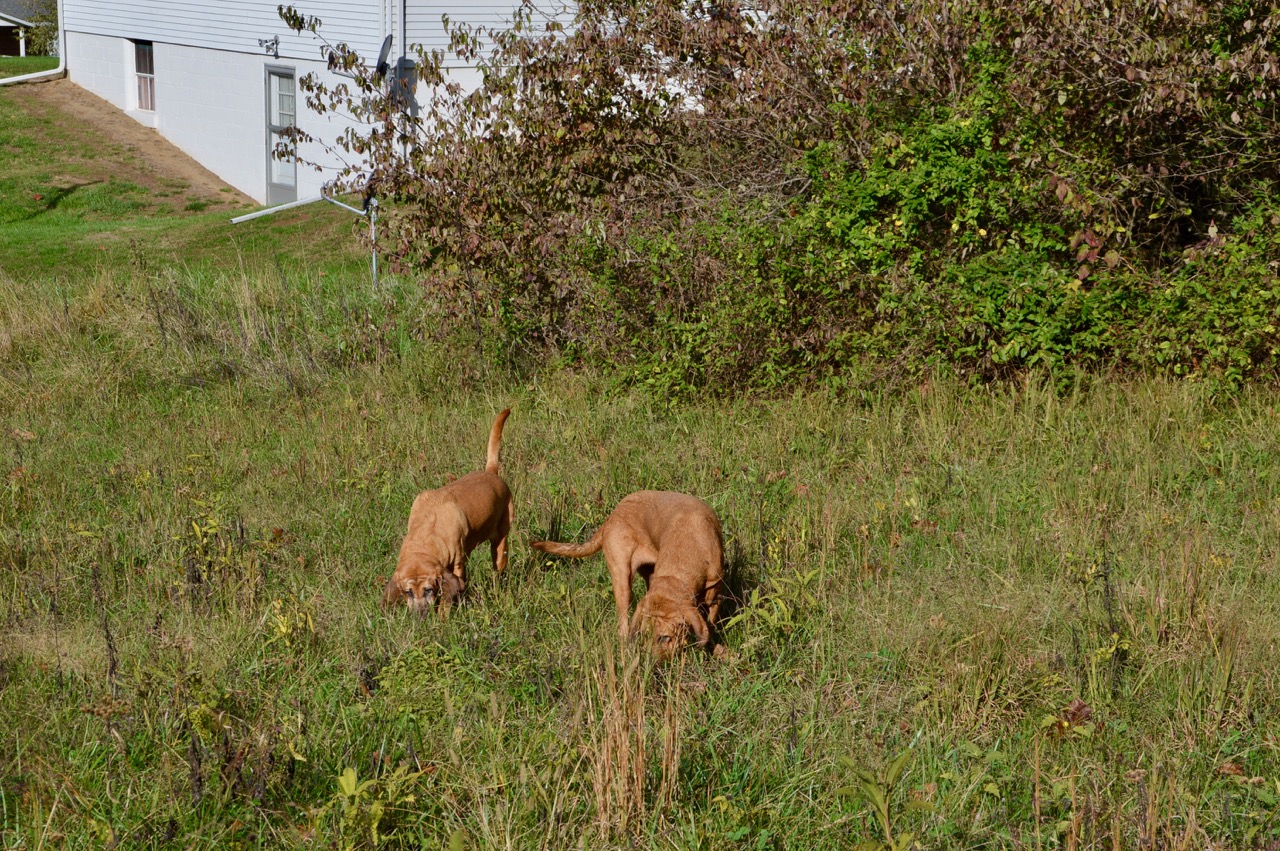 Still, Sadie found out it was very interesting in that part of the field, so she didn't walk any faster than Stella did while heading back to my direction. 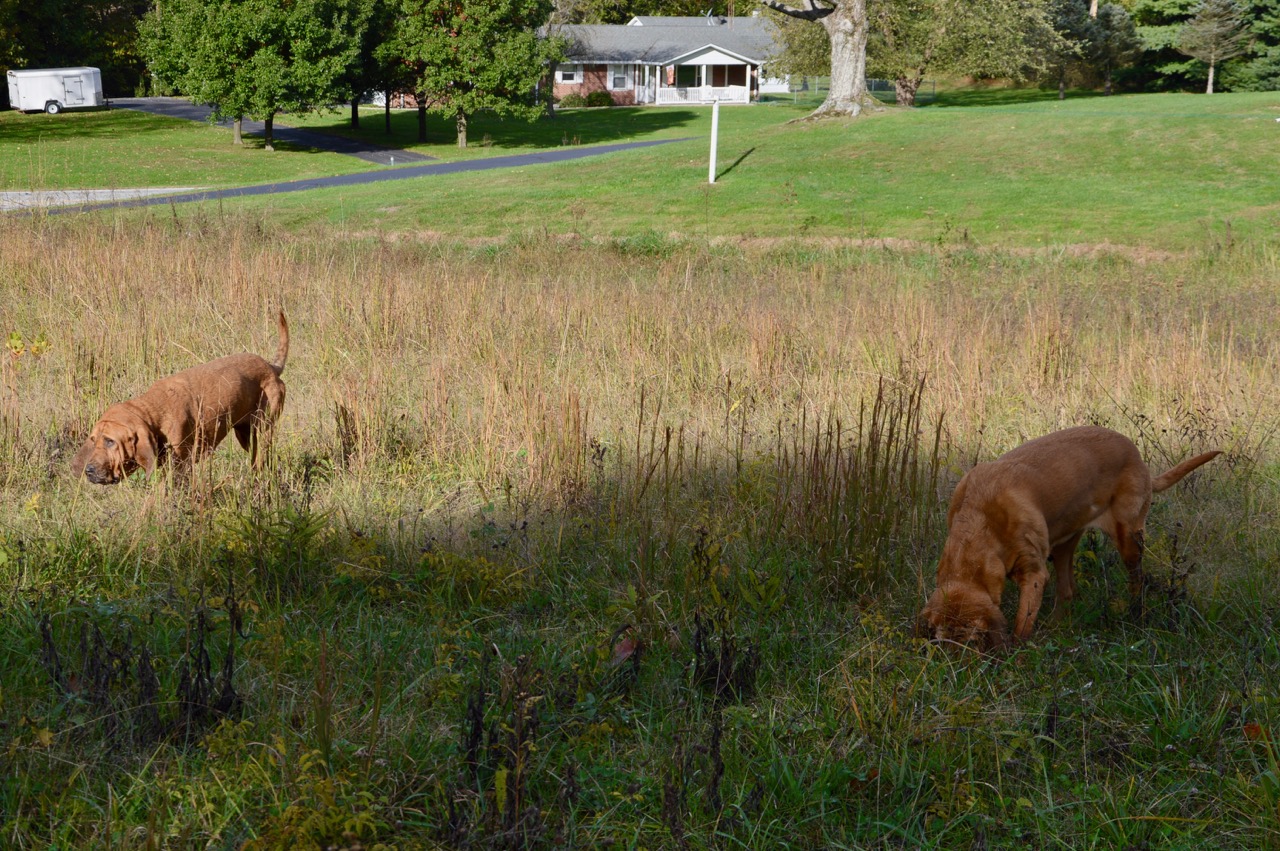 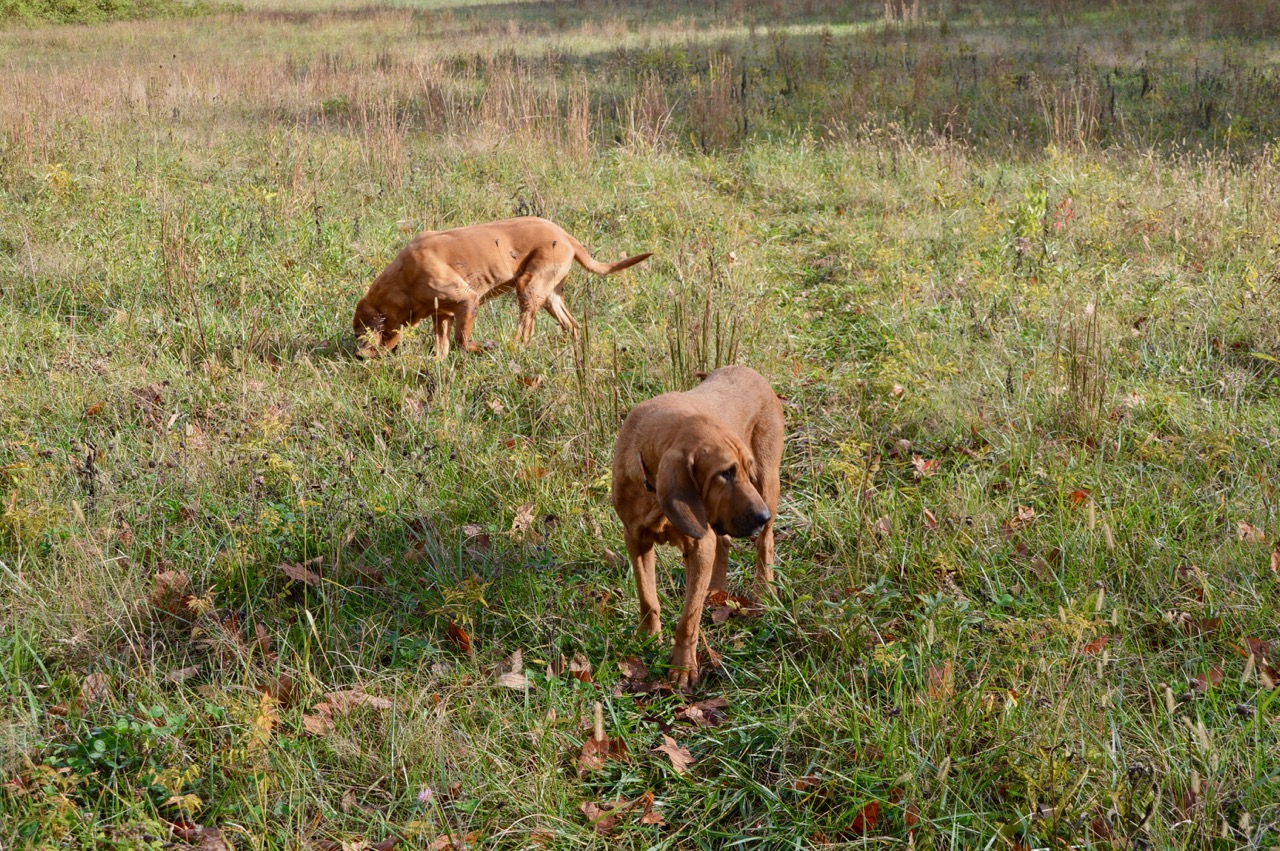 It took a while ... but Stella finally stepped into the yard and was ready to call the walk officially over. 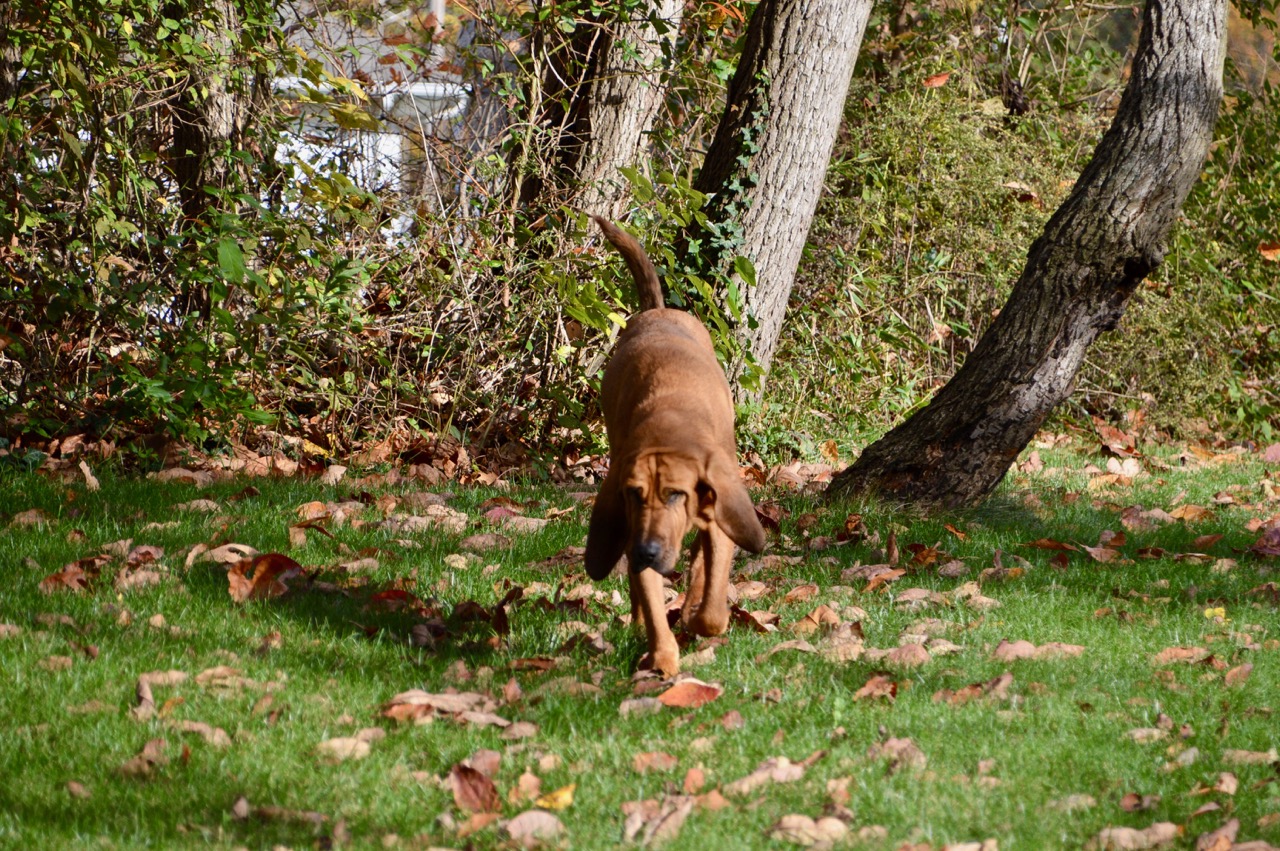 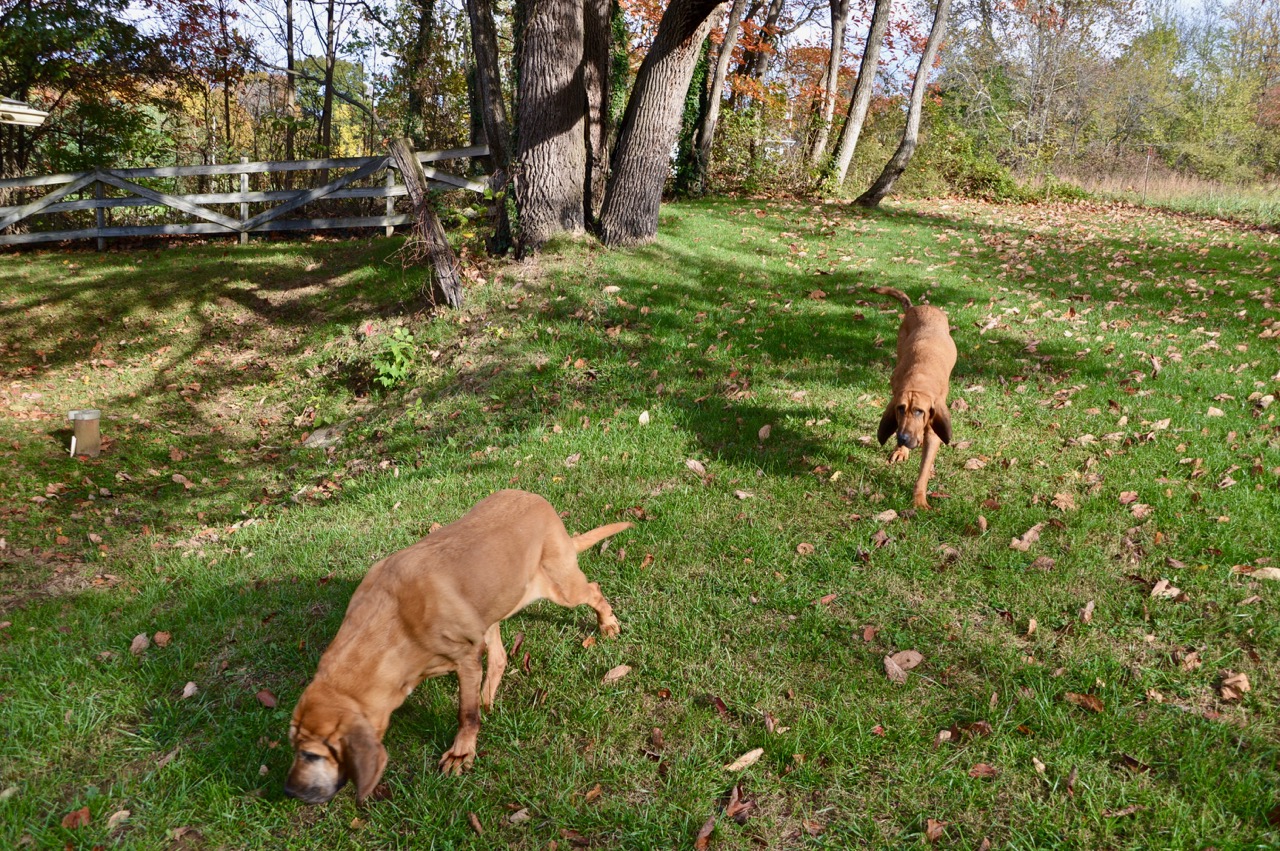 Our routine today will not change from yesterday. We will take at least one more walk if not two today. With no rain scheduled a 3rd walk is very possible before Game 2 of the World Series at 8:09pm. I might do a little house cleaning, pull a new book off the shelf to read and of course my normal games of Mahjong in my quest to get each of 160 games finished under 3 minutes.

Curiosity yesterday had been uploading all of my bookmarks from Safari to Firefox. I wanted to use it all day and night to see if it would crash with the new High Sierra macOS and I also wanted to see if it really was a data hog.

It worked out great yesterday. Then after the baseball game last night I updated Apple's "public beta" version of their High Sierra macOS. So far this morning both platforms are working well together with no issues. I am also seeing less data used so far this morning ... so the past few days I've had a 'data leak' using more data than I was using the browsers were using.

Last night I think I found the answer ... I had my iPhone on wifi instead of Verizon data.

It's the coldest day yet for this fall but sunning and nice here in 'the tropics' of Southern Indiana.
at October 25, 2017