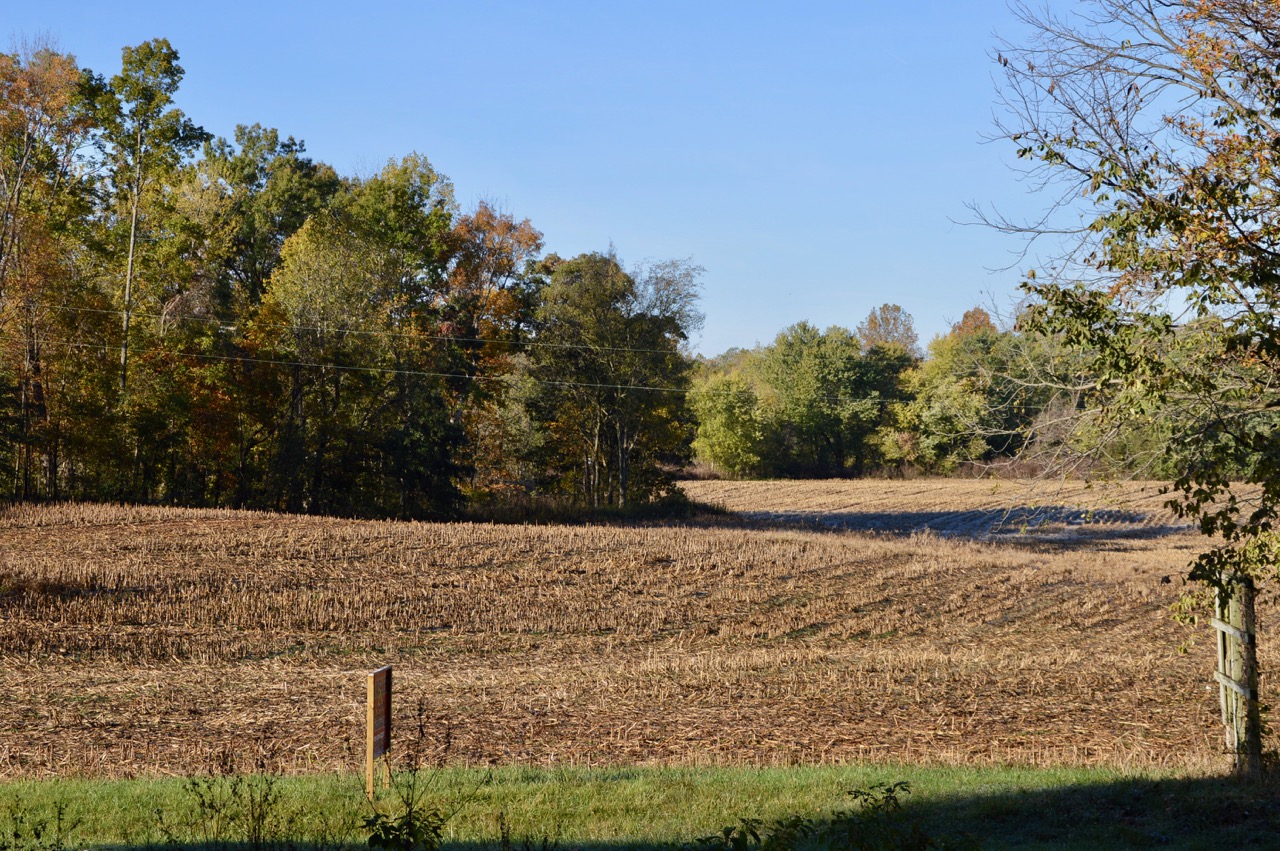 It's good to see in a few days we will have high temperatures in the high 60's four days in a row because this morning by 10am it could barely reach 31°. Quite a change from yesterday afternoon where it rained lightly off and on, to the point that the hounds didn't stay out very long after their lunch.

Is that the most boring, non-exciting starting paragraph you have ever read anywhere online?

While it rained yesterday I was more than happy hanging out inside reading books and taking breaks with games of Mahjong. I also did a lot of research online about different things on my mind. It's really amazing just how much information you can find at the tip of your fingers with the internet.

I remember before my first computer I was connected to the web with Microsoft's Web Tv sometime in 1996 or '97. 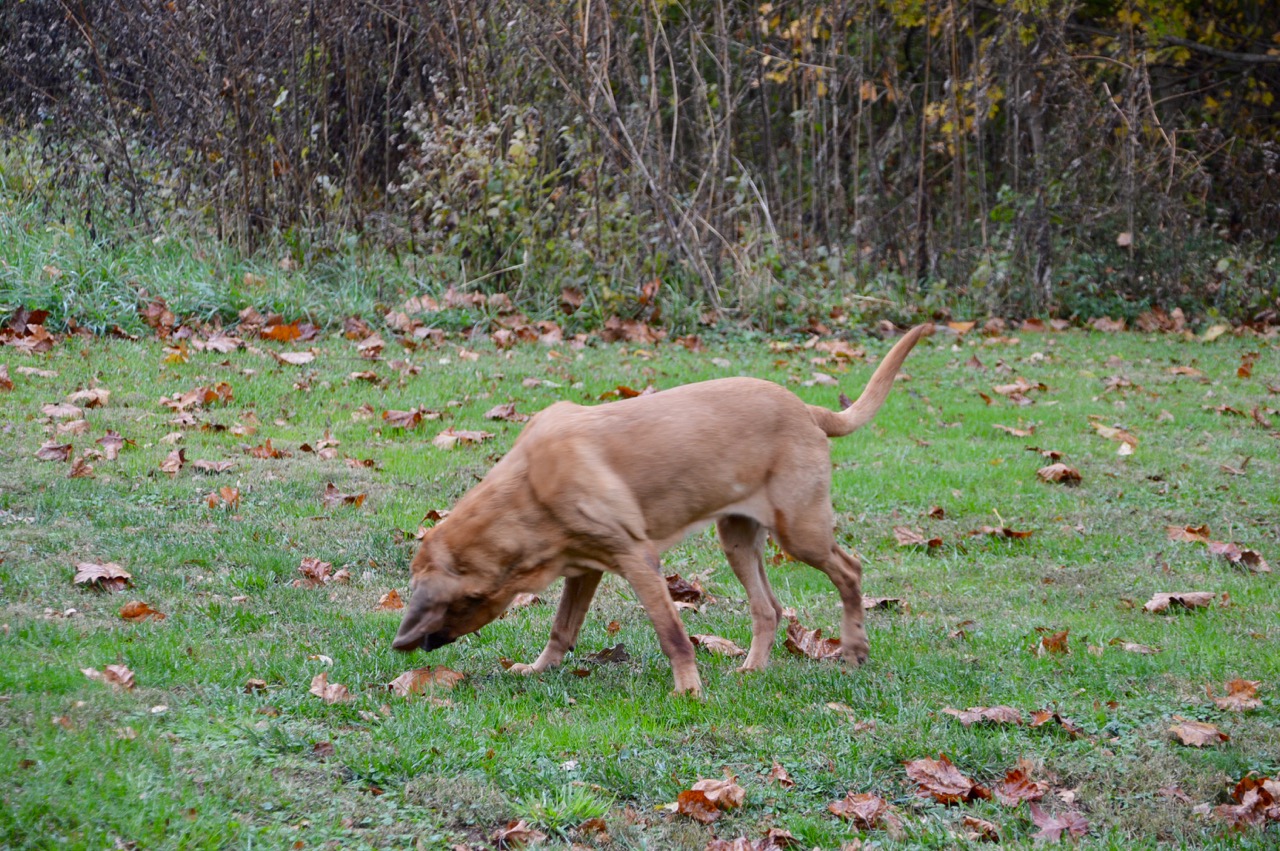 Sadie and Stella went no further than this after lunch yesterday with a light rain hitting them on their backs. 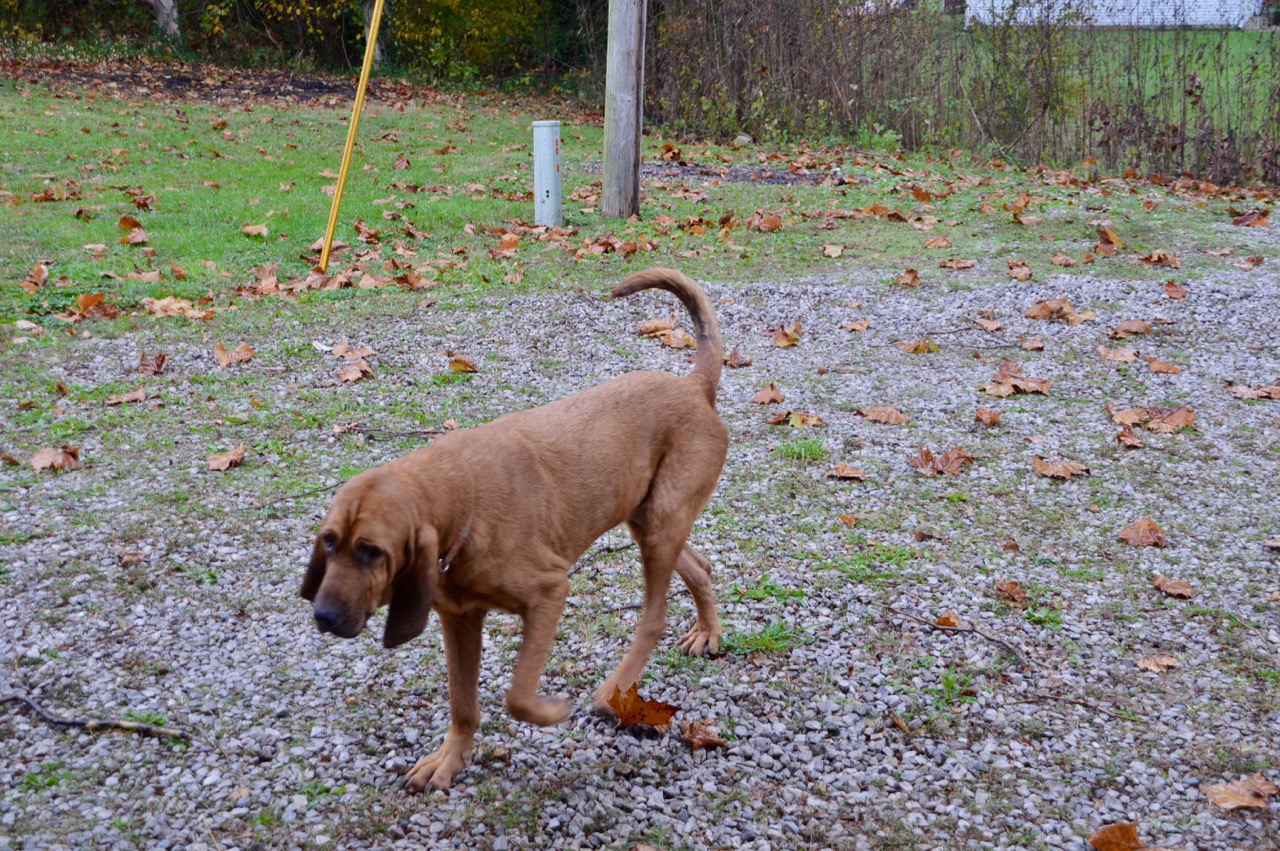 Heidi walked out to where you see the wet concrete, did an abrupt about face and headed back to the house. She decided she could hold it until later in the afternoon. There was no way she was going out in the rain even if she was shielded by the roof overhang. 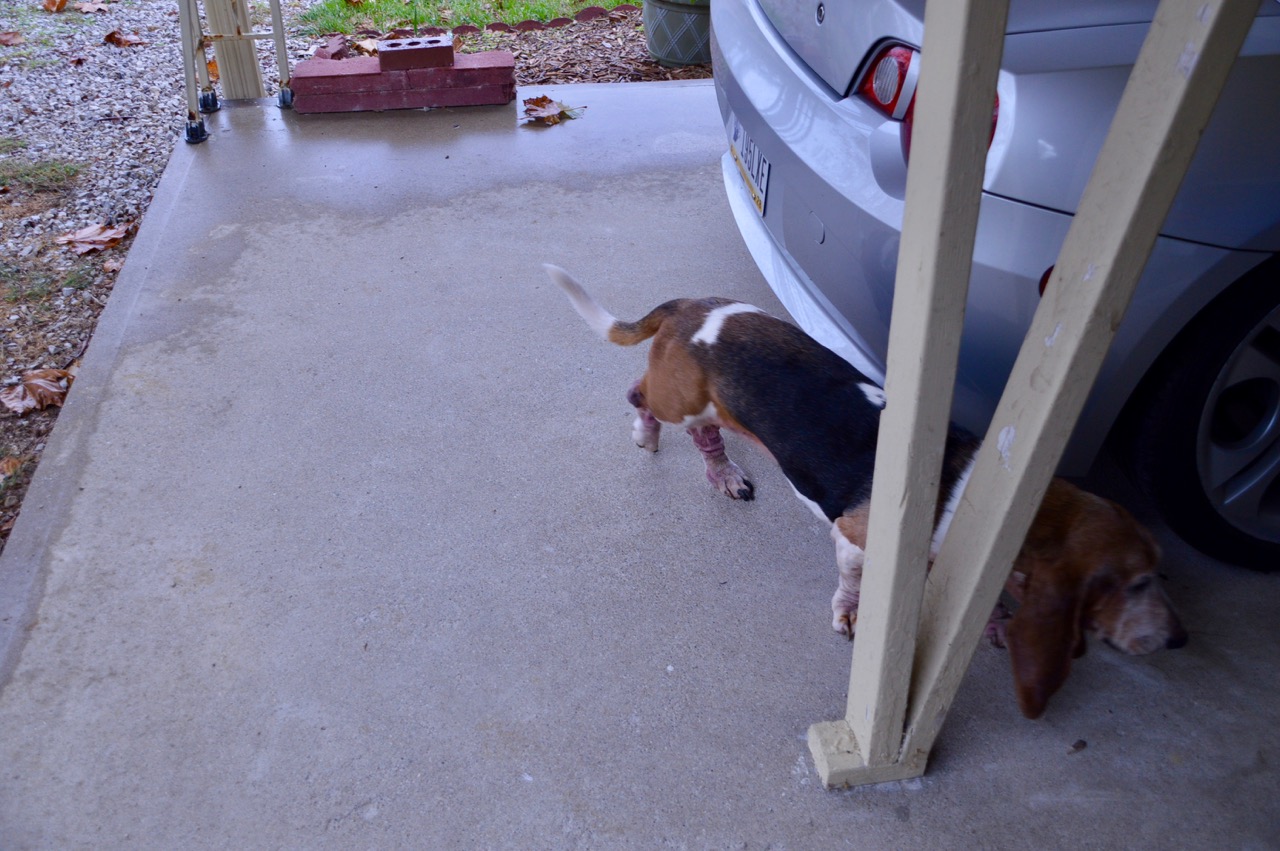 But this morning was different. For the first time this fall, the grass had a crunching sound as I walked into the yard. Heavy frost covered the yard and all parts of the field that were in the shade. 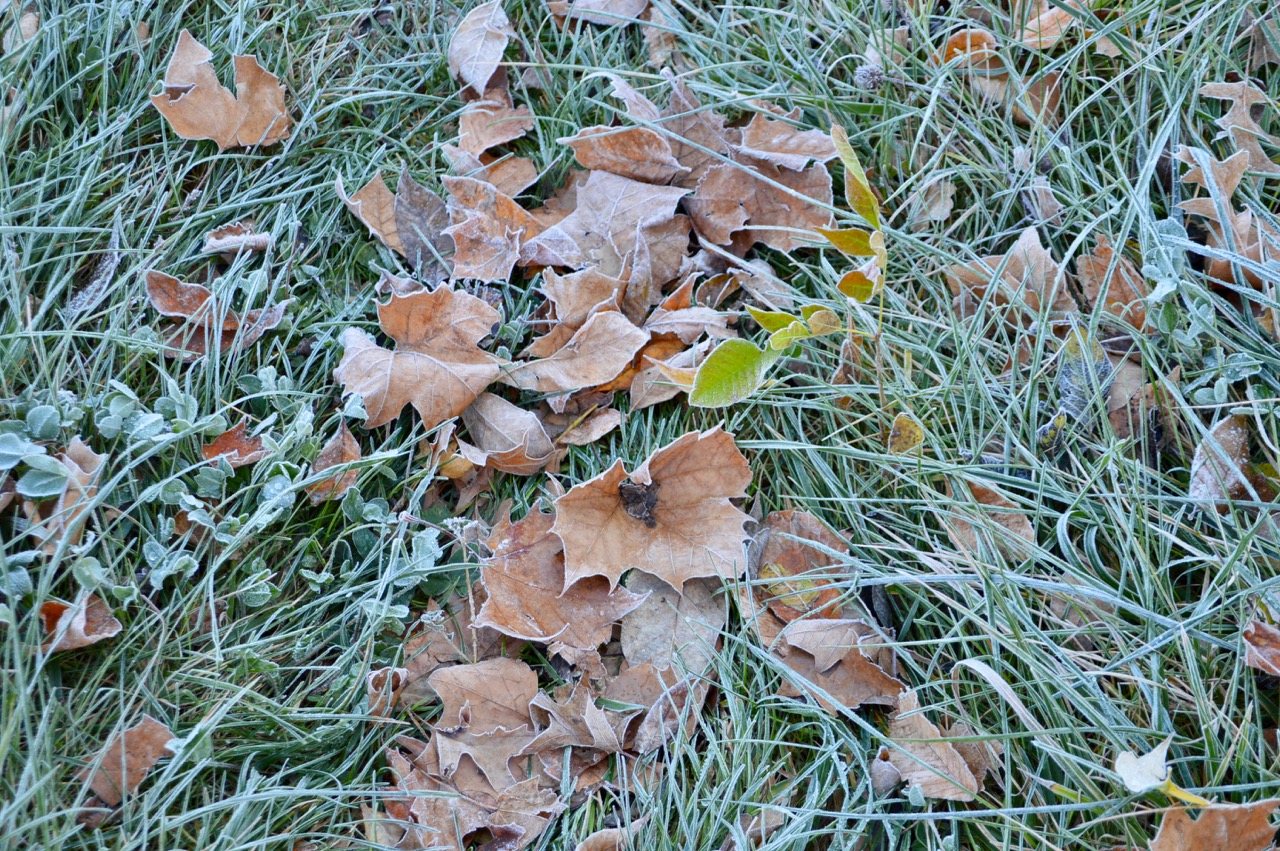 While Sadie was hopping up and down, grabbing my left hand with her mouth to get me to start the walk ... Stella sprinted ahead of us, on her own schedule and with her own plans. 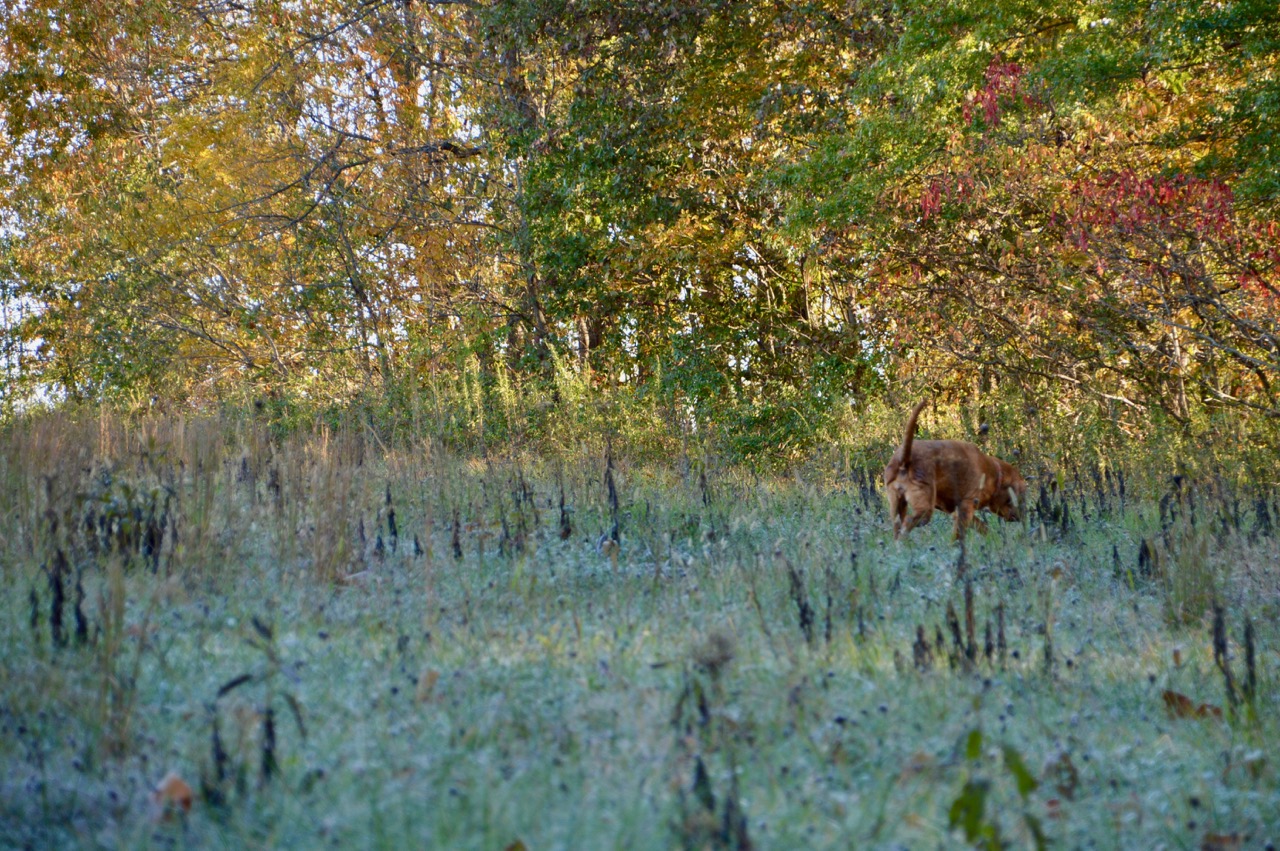 Once Sadie saw that I had moved about 50' into the field and the walk had officially started, she took off running to catch up with Stella. You would have thought they were headed around the corner and out of sight by the way they were running ... not today. 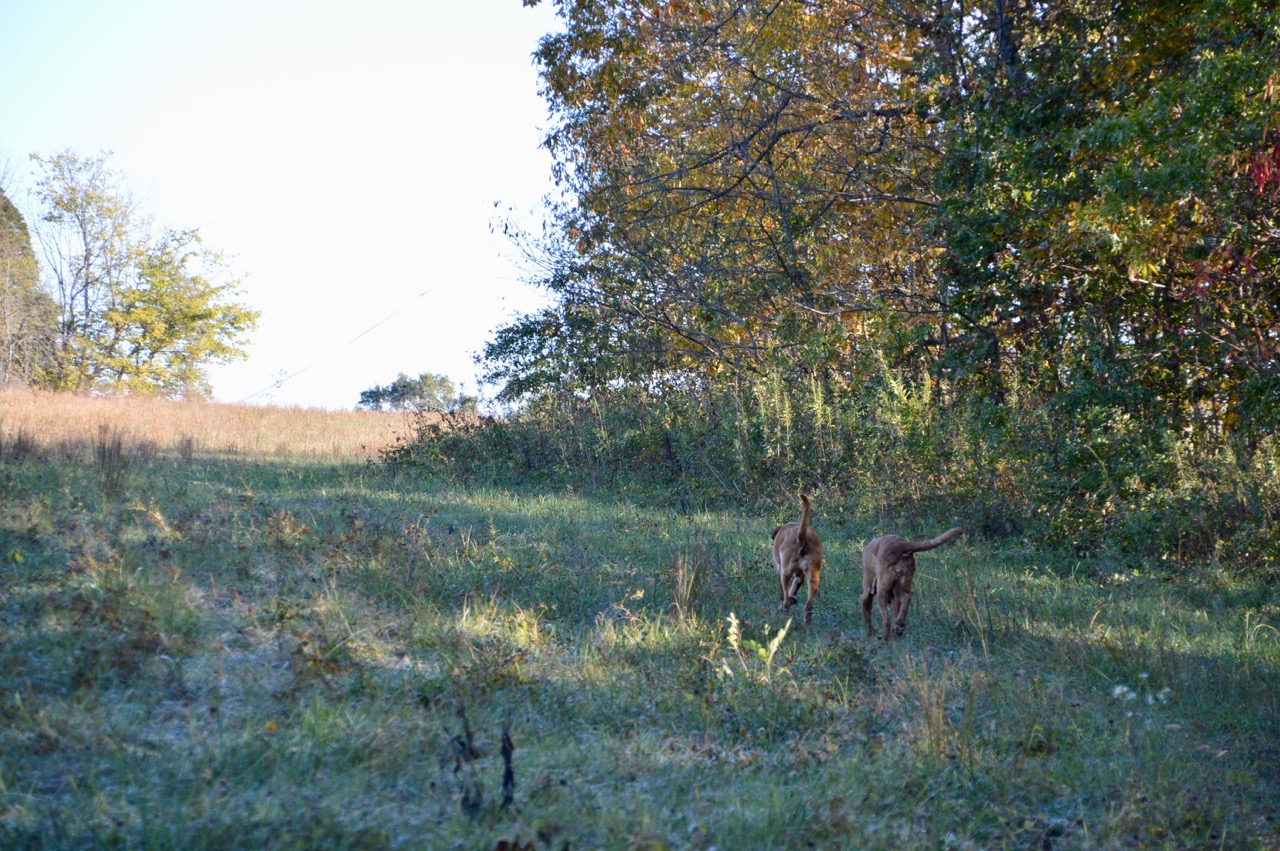 I didn't say a word and kept on walking. Each time I turned around to see what they were doing, Sadie would be looking up to see if I was going to stop or keep walking. I was kind of surprised she didn't follow me. 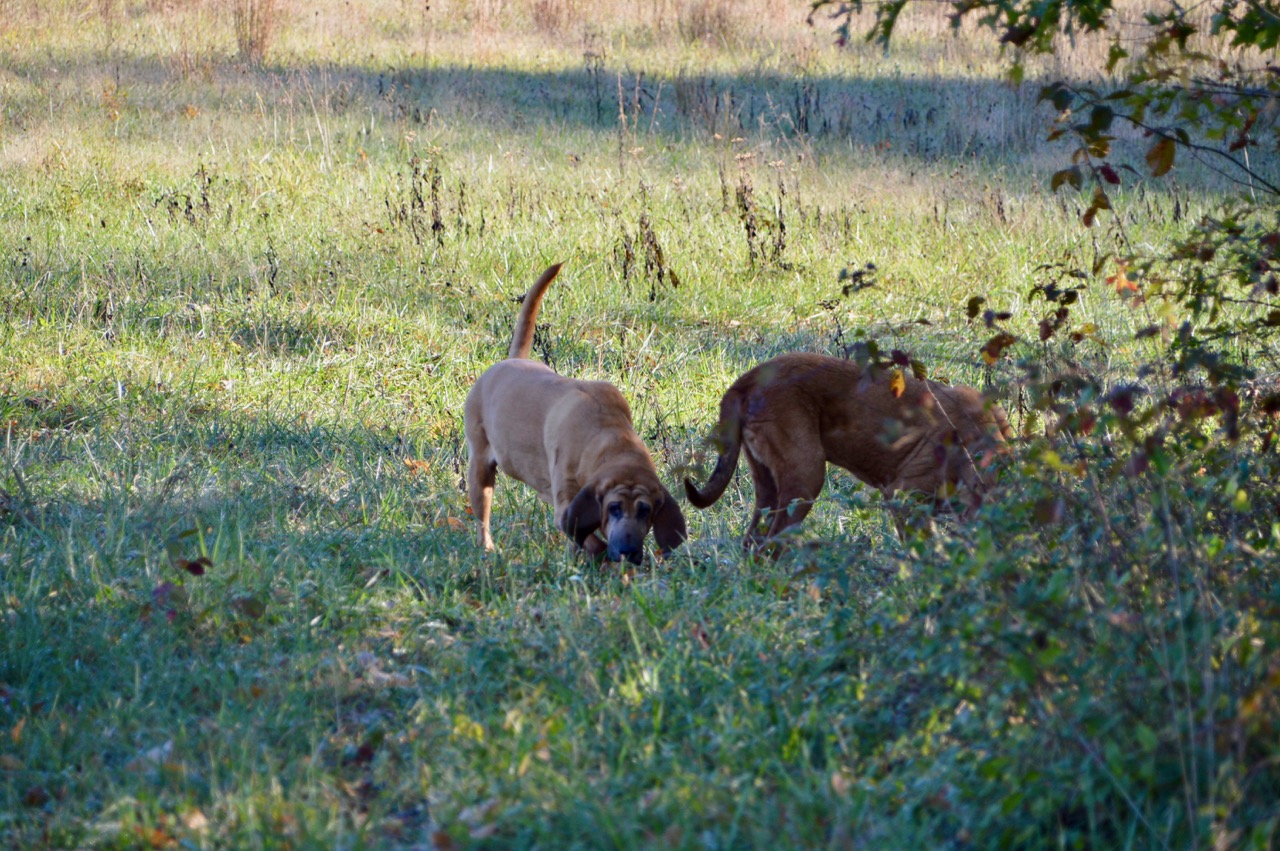 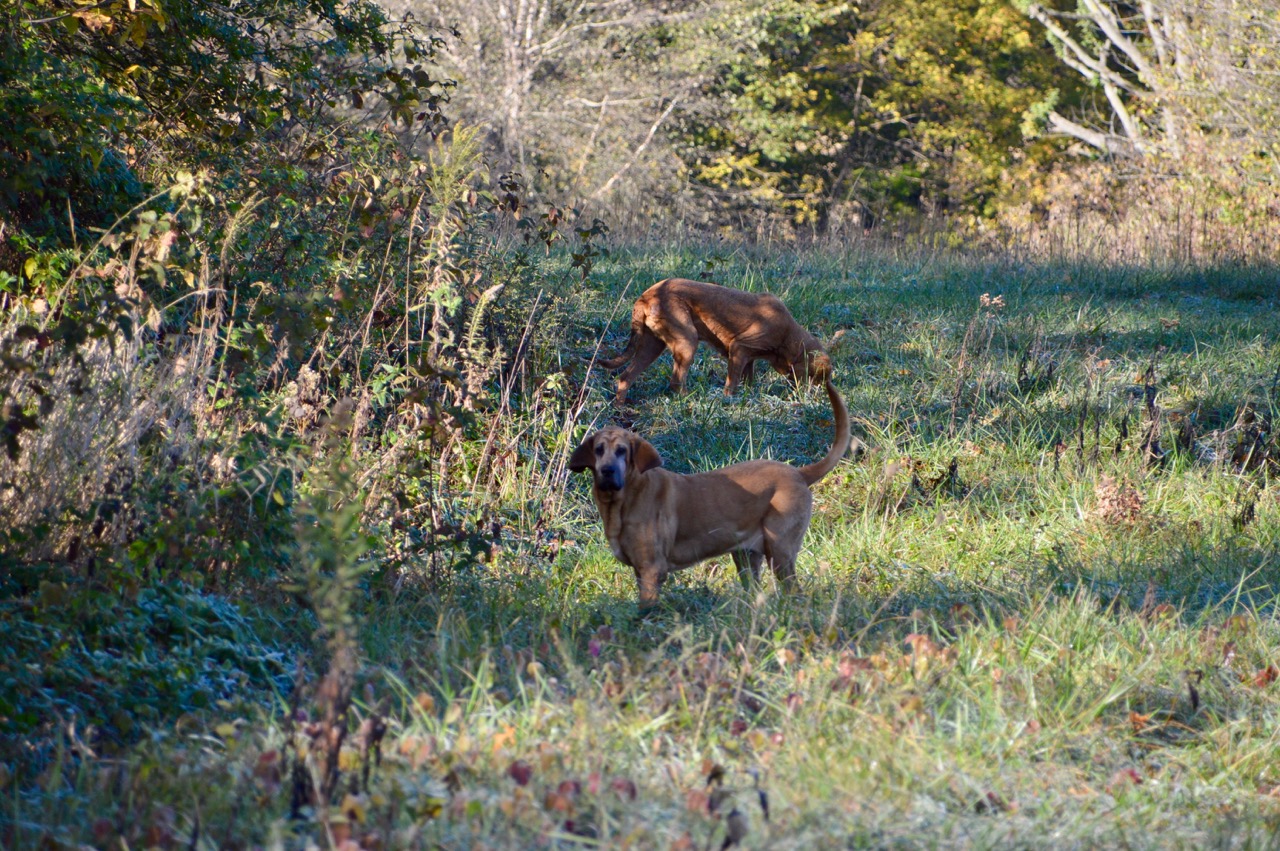 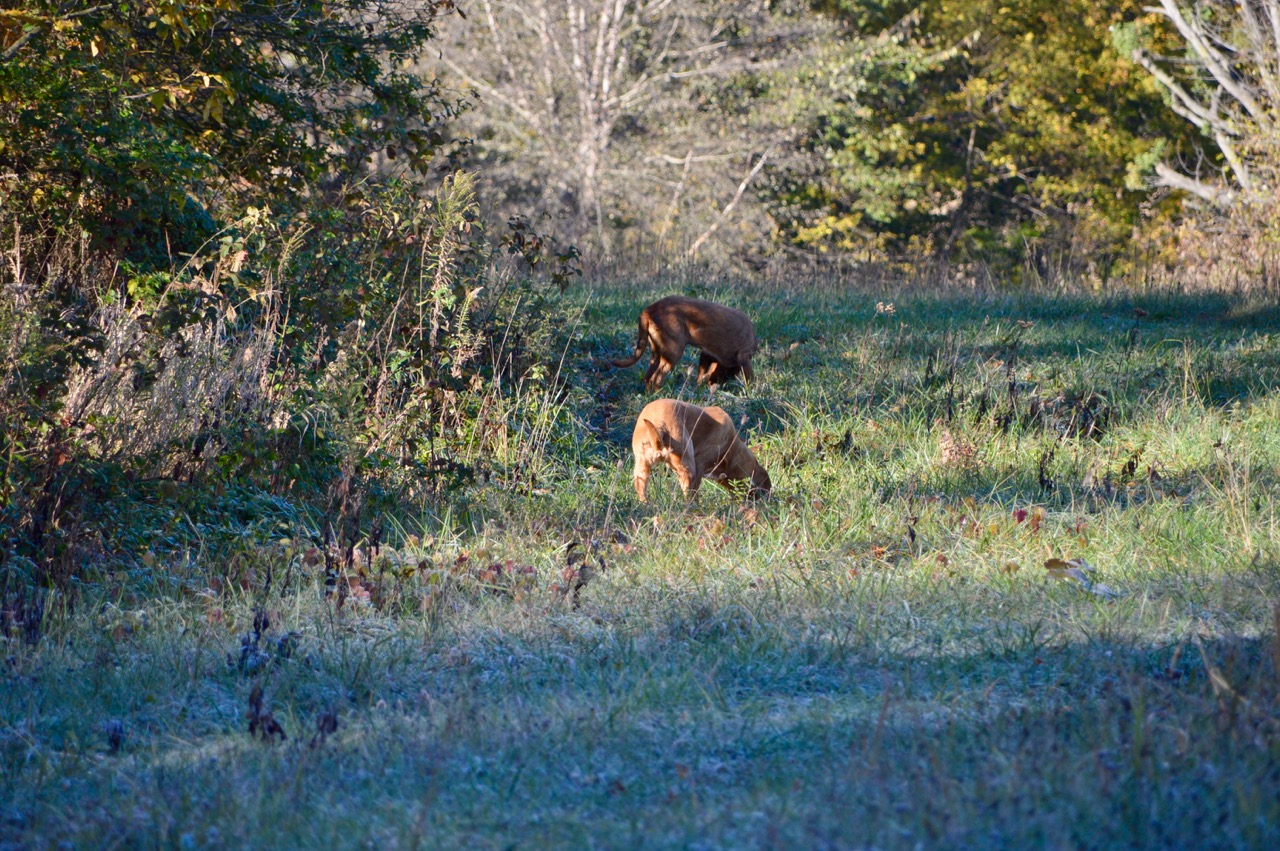 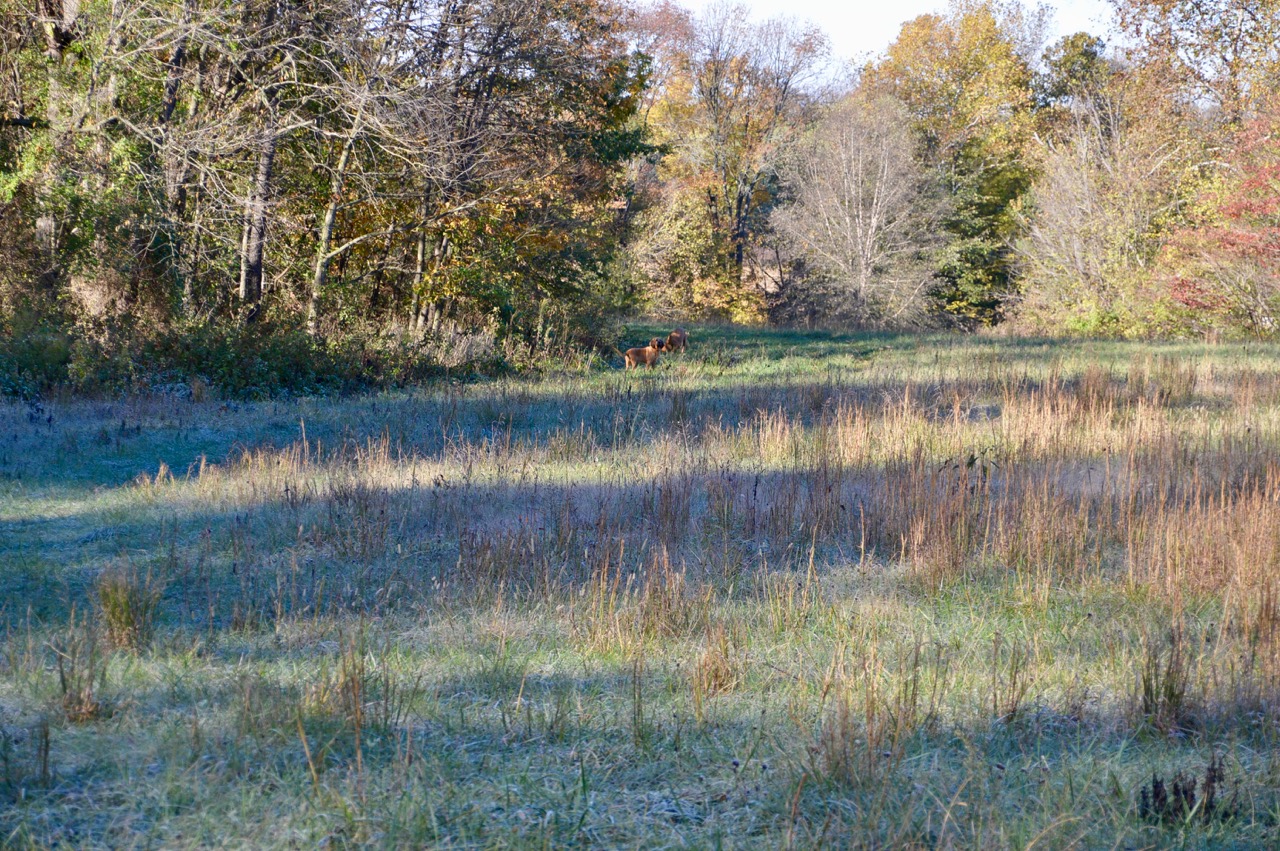 Finally she realized that I was already by the roll of hay on the back side of the field and wasn't going to wait for her ... she sprinted as fast as she could to catch me. 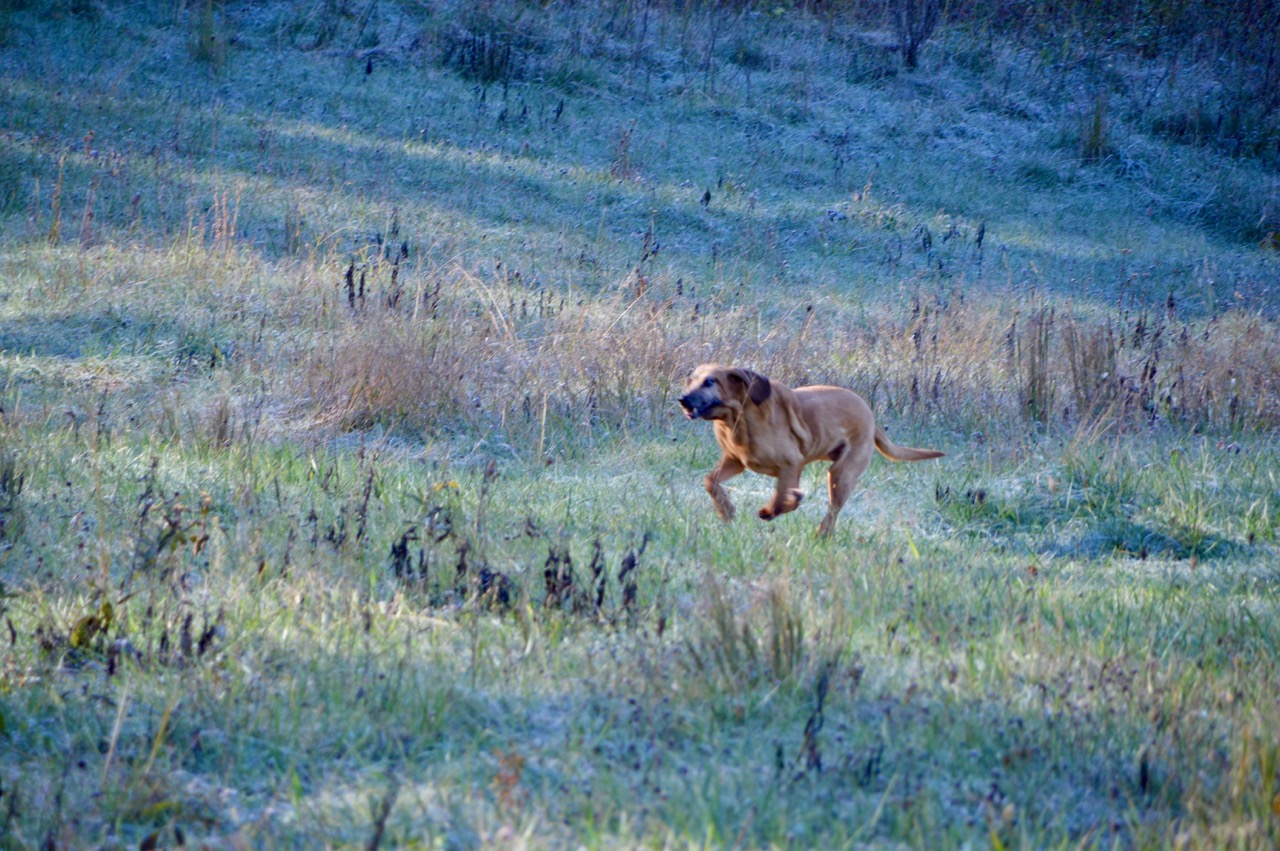 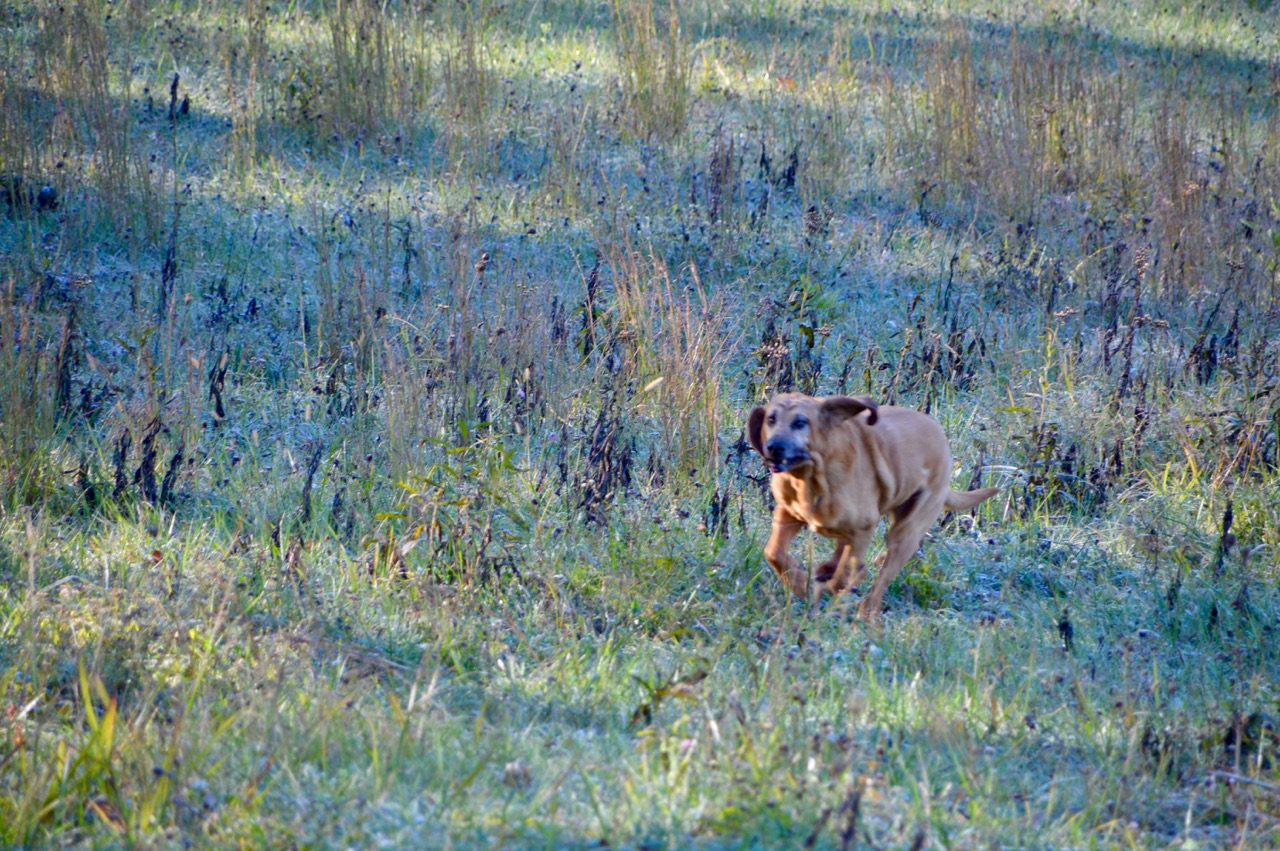 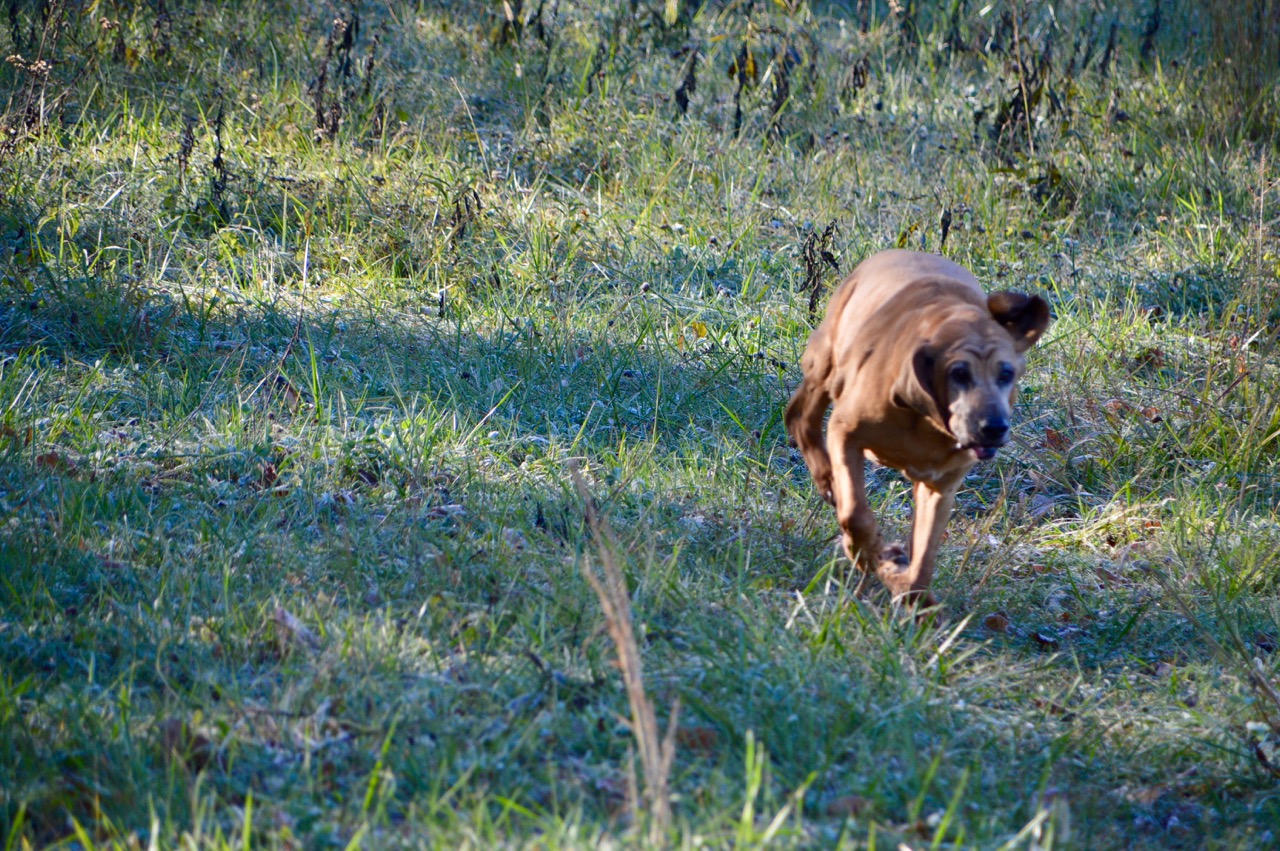 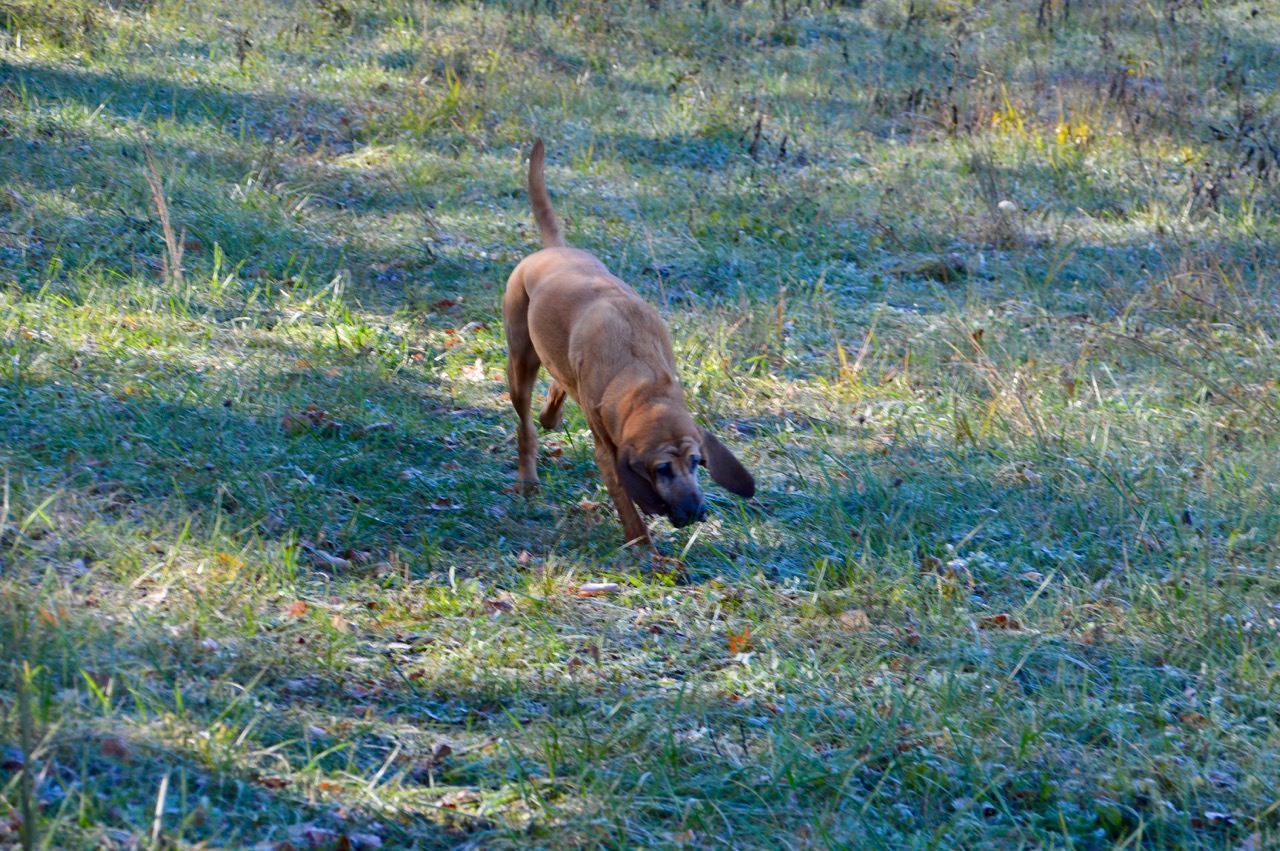 While Sadie slowed to match my pace ... Stella was just starting to walk to the path to meet us. As I turned toward home a freezing cold from the southwest hit me in the face, reminding me that summer was over. It felt as cold as a mid-December/January wind. 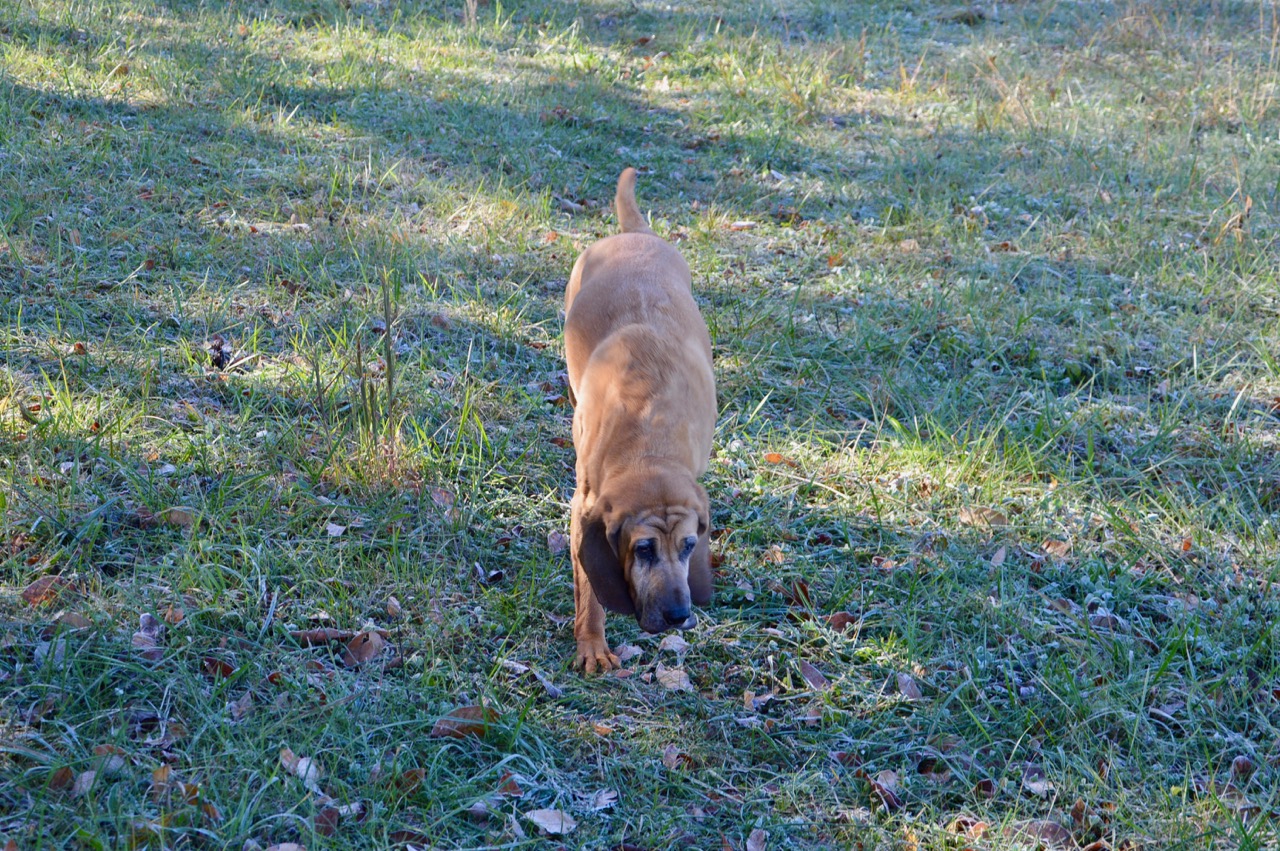 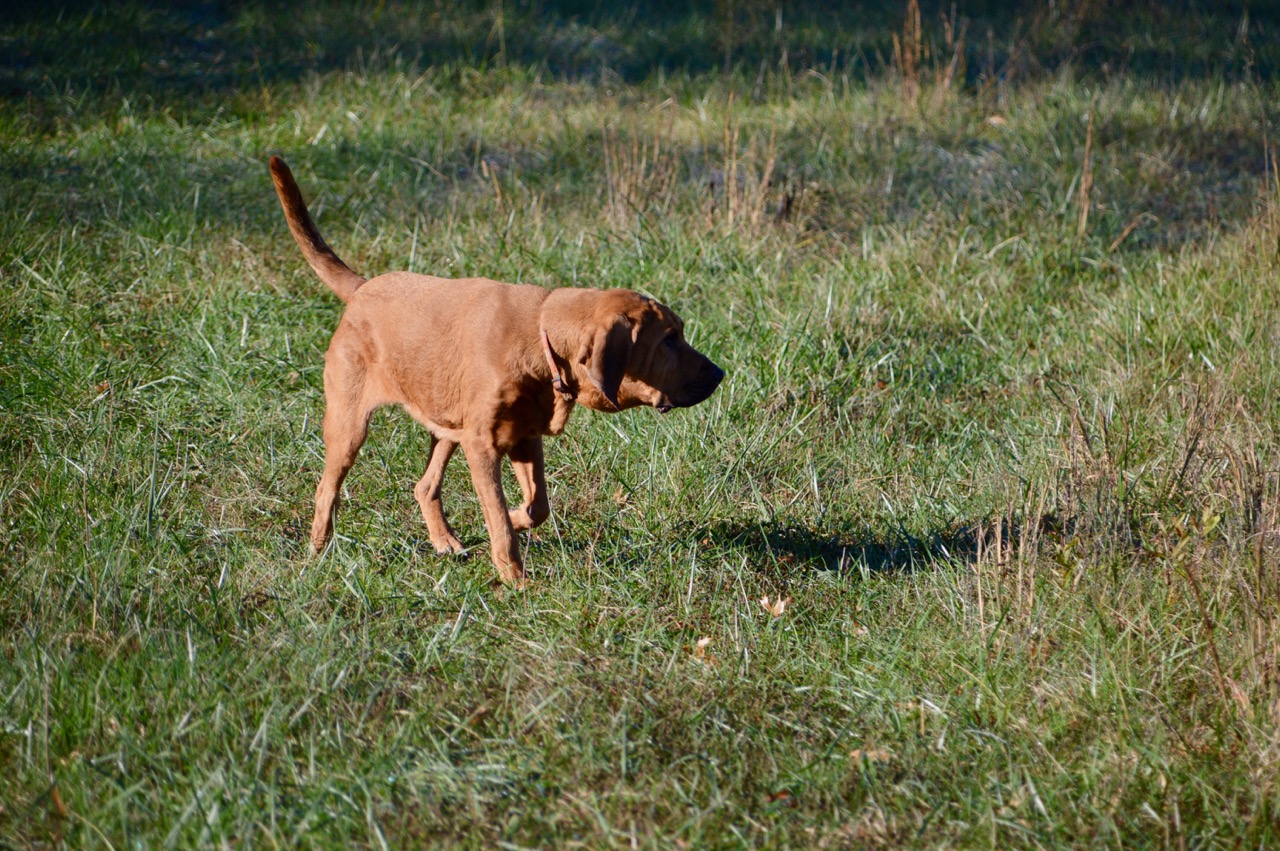 Since Stella stood in one spot for most of our walk, she always thinks that as we meet on the way back that she can then start her walk with Sadie and I following her. Once I said "we're going home", they both stopped and turned from the direction of the neighbors to the return path. 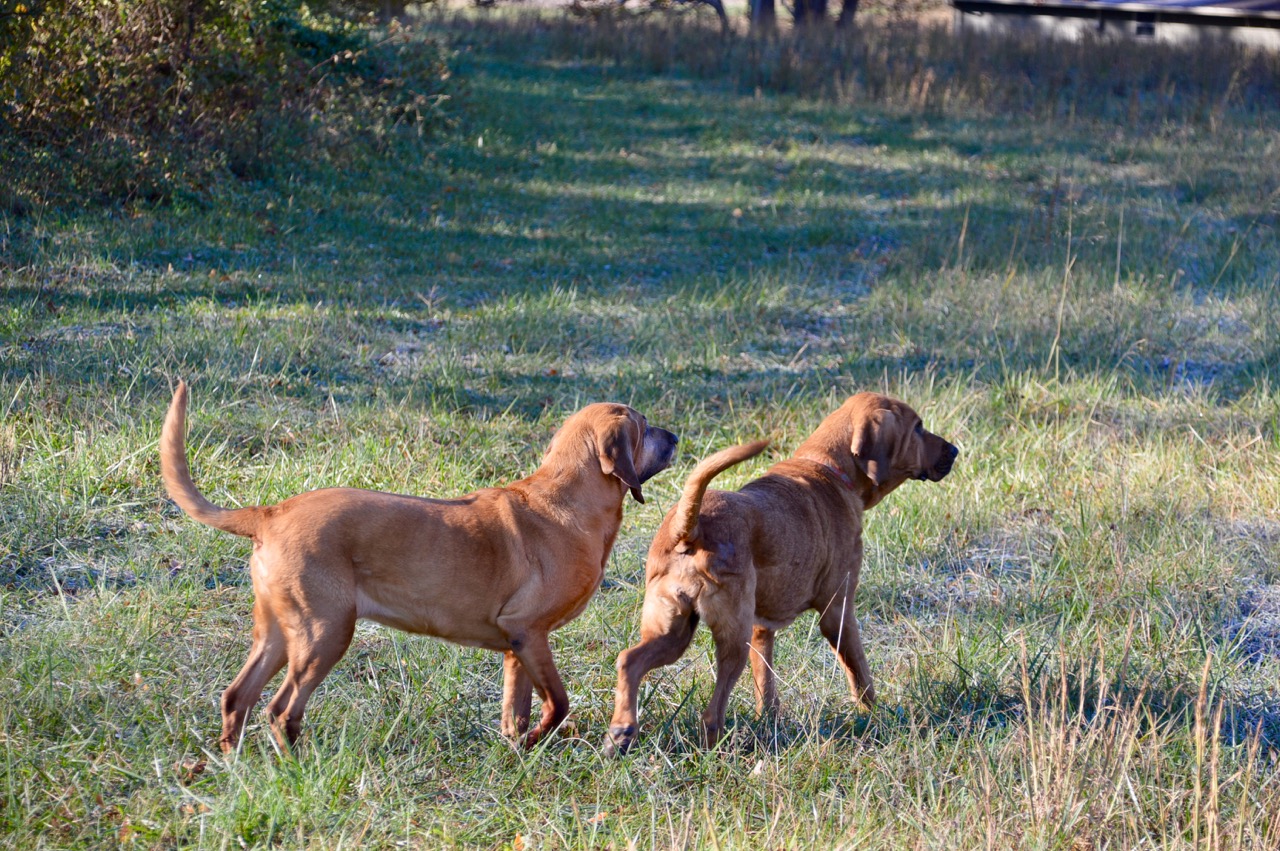 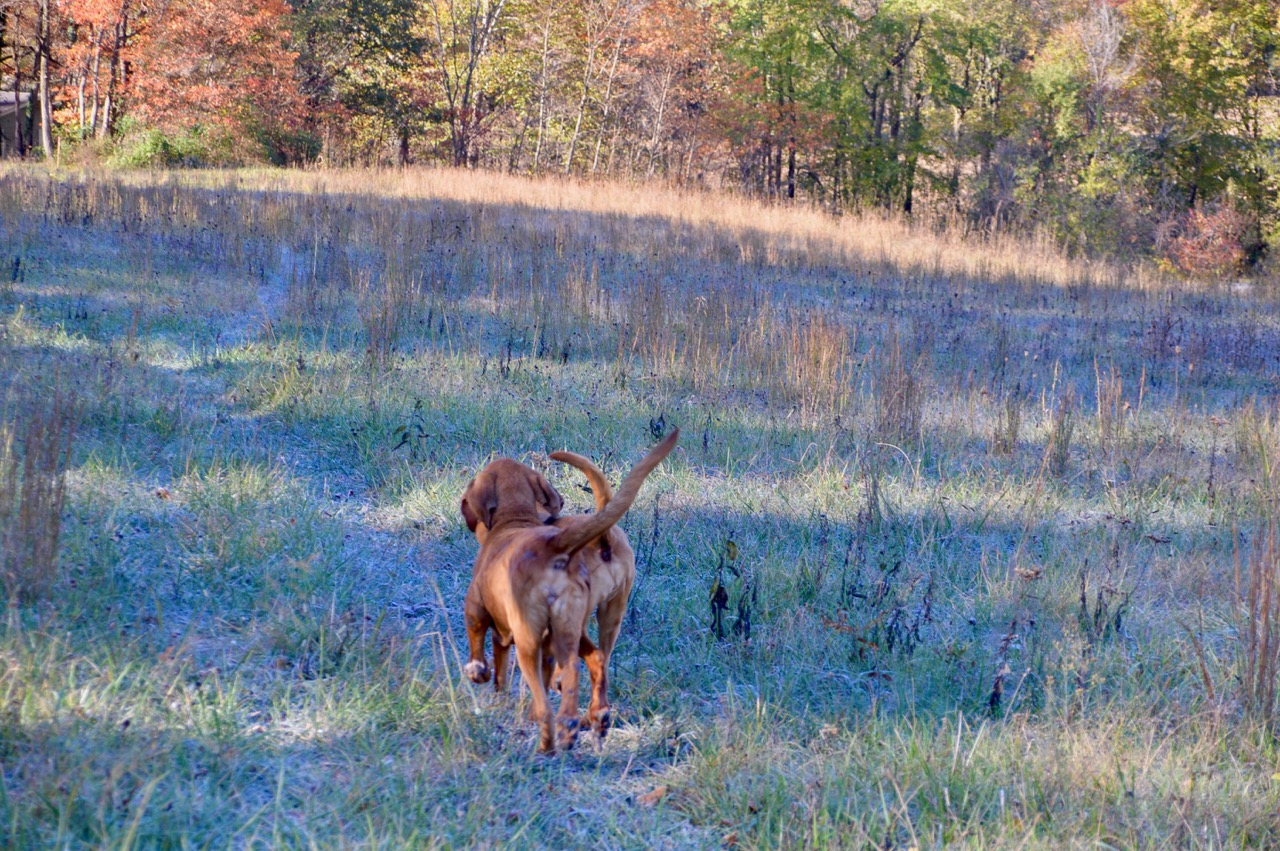 They put their noses to the ground on what I call the alternate path home and followed that all the way to the property pole on the north side. Keeping up a pretty good pace I followed them right up until the yard. I passed them to get these closing pictures. 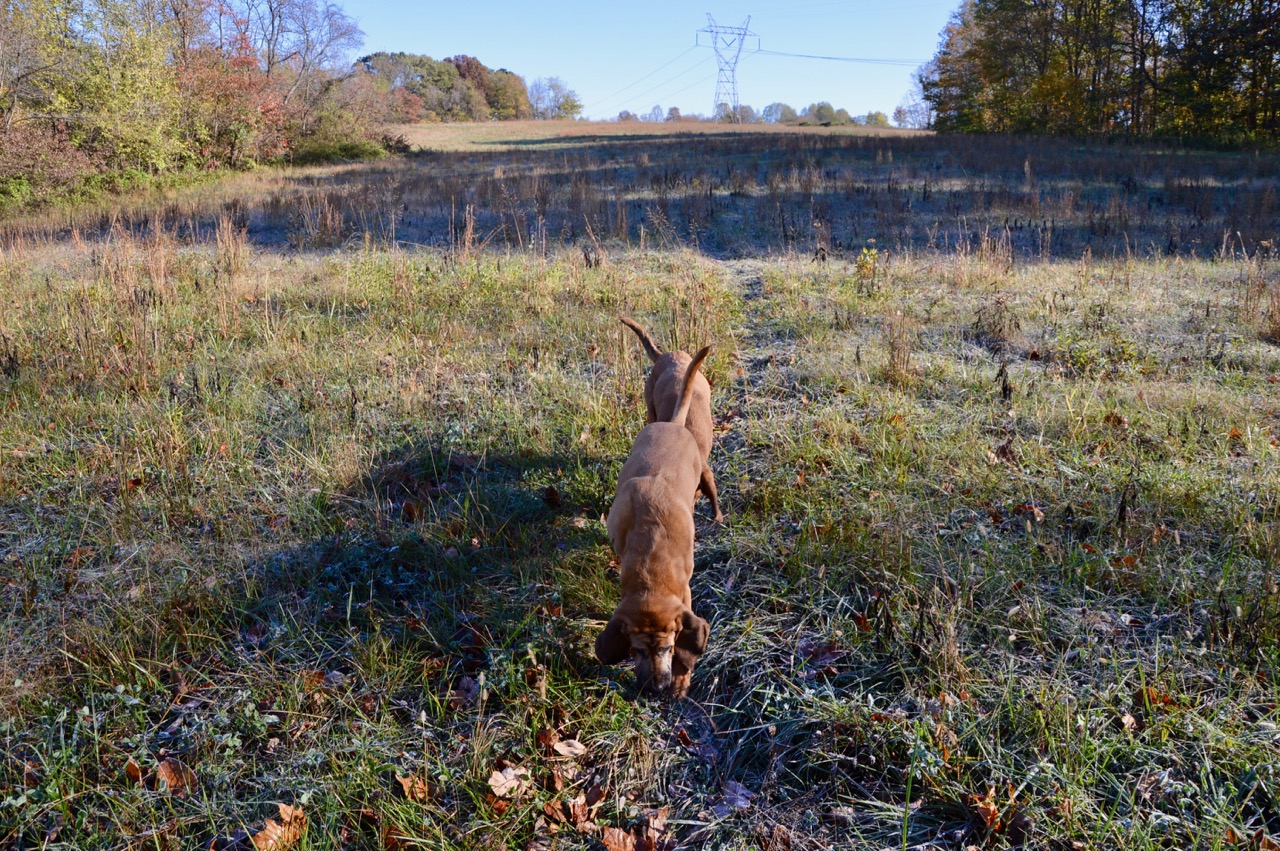 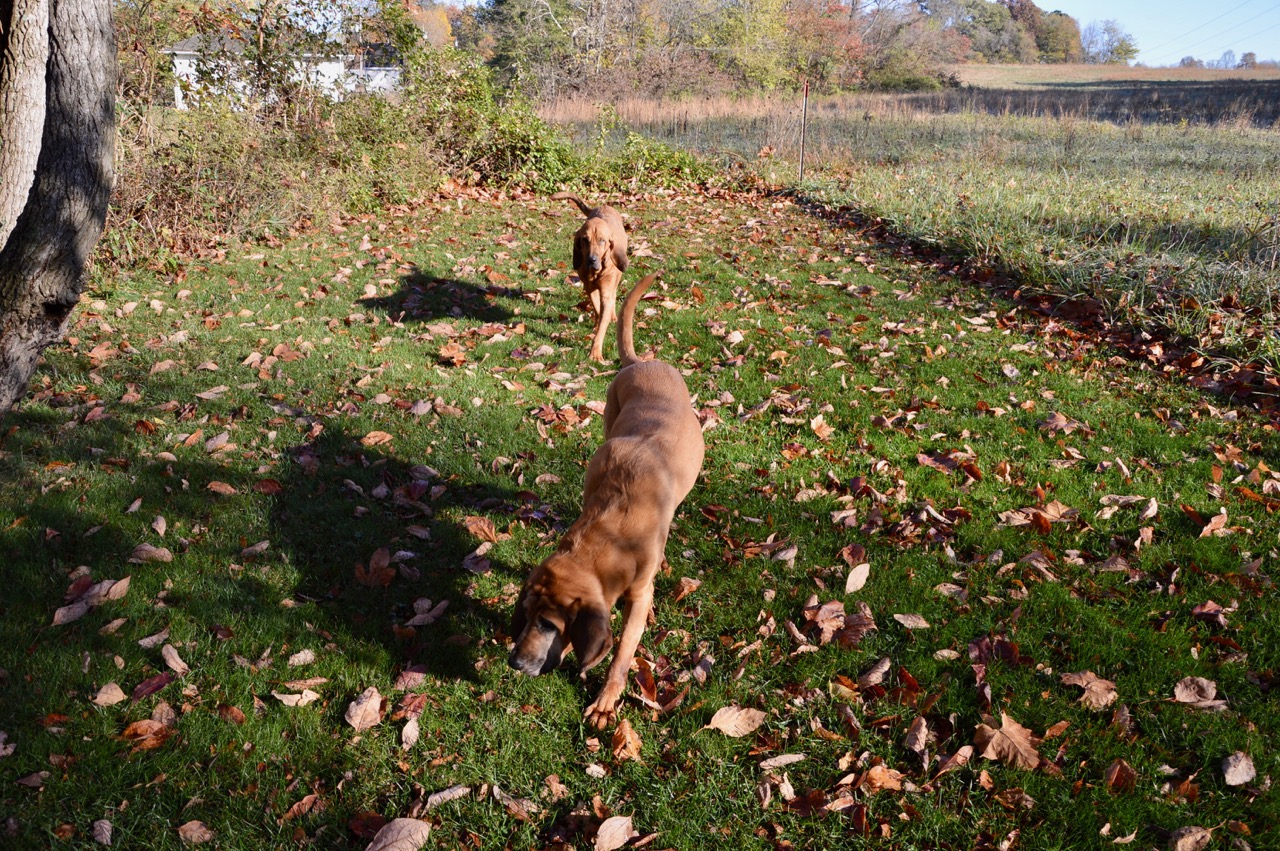 You might be able to tell with this post and the one yesterday, I am having a hard time writing about something. I could post less frequently but I am not sure that would even help my minor writer's block. Things just get slower than normal at times in the fast paced life of retirement.

With sunshine and dry grounds, we will be taking one or two more walks today.

I can't believe it's almost noon today here in 'the tropics' of Southern Indiana.
at October 31, 2017