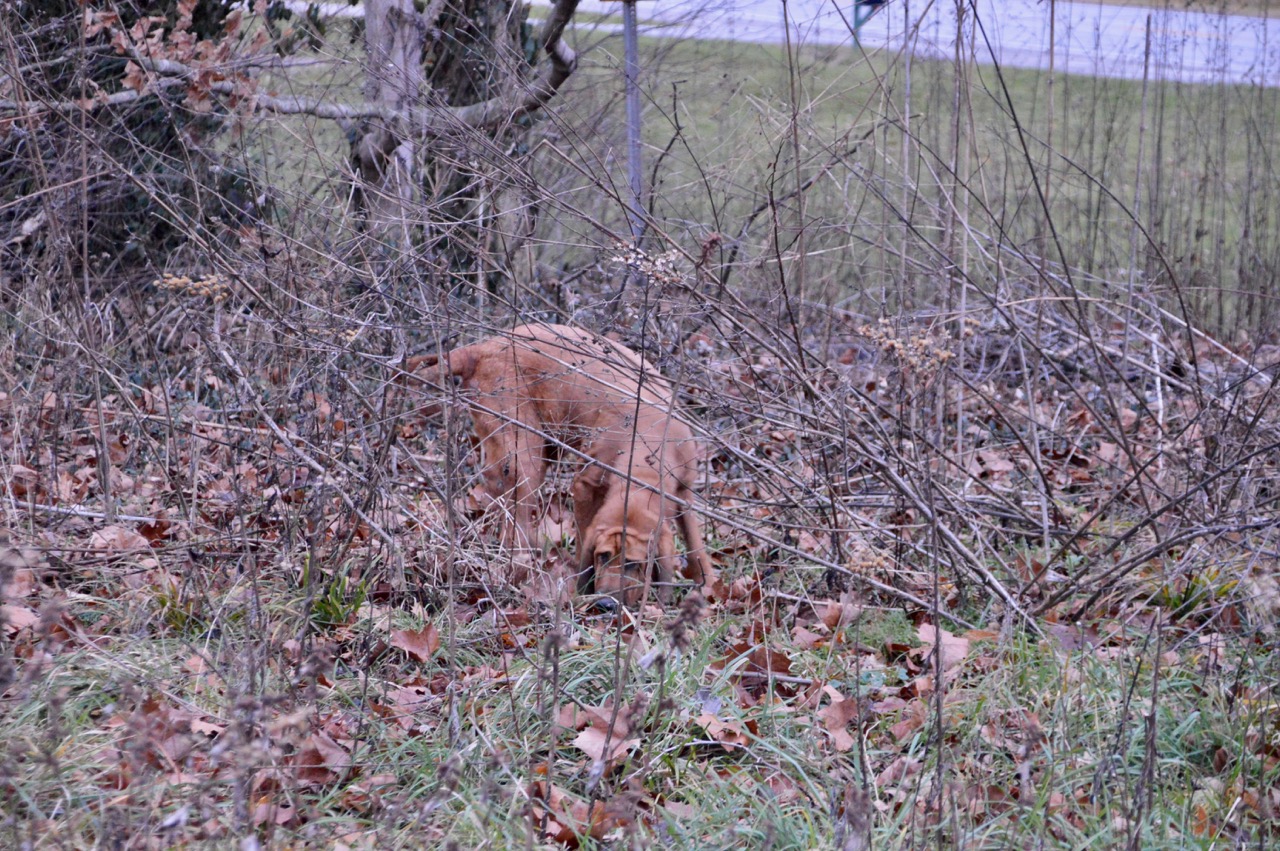 I am not sure why but for some reason I was up and at 'em before 5am. If I had gone to bed early I could understand it but not when I go after midnight. The hounds did their usual routine and waited for daylight before wanting their breakfast. I finished typing or transposing my handwritten journal last night to a digital copy, so this morning I scanned some cards people sent me after the tour and a a newspaper article about the guy I rode with for a while. I'll upload those into my document.

We took off for our walk this morning just barely after daybreak. All of these photos are much brighter than what I saw with my eyes. Not only was it overcast as some pictures show but it was dark. That didn't bother either hound of course as they were happy to start another day in their own way. 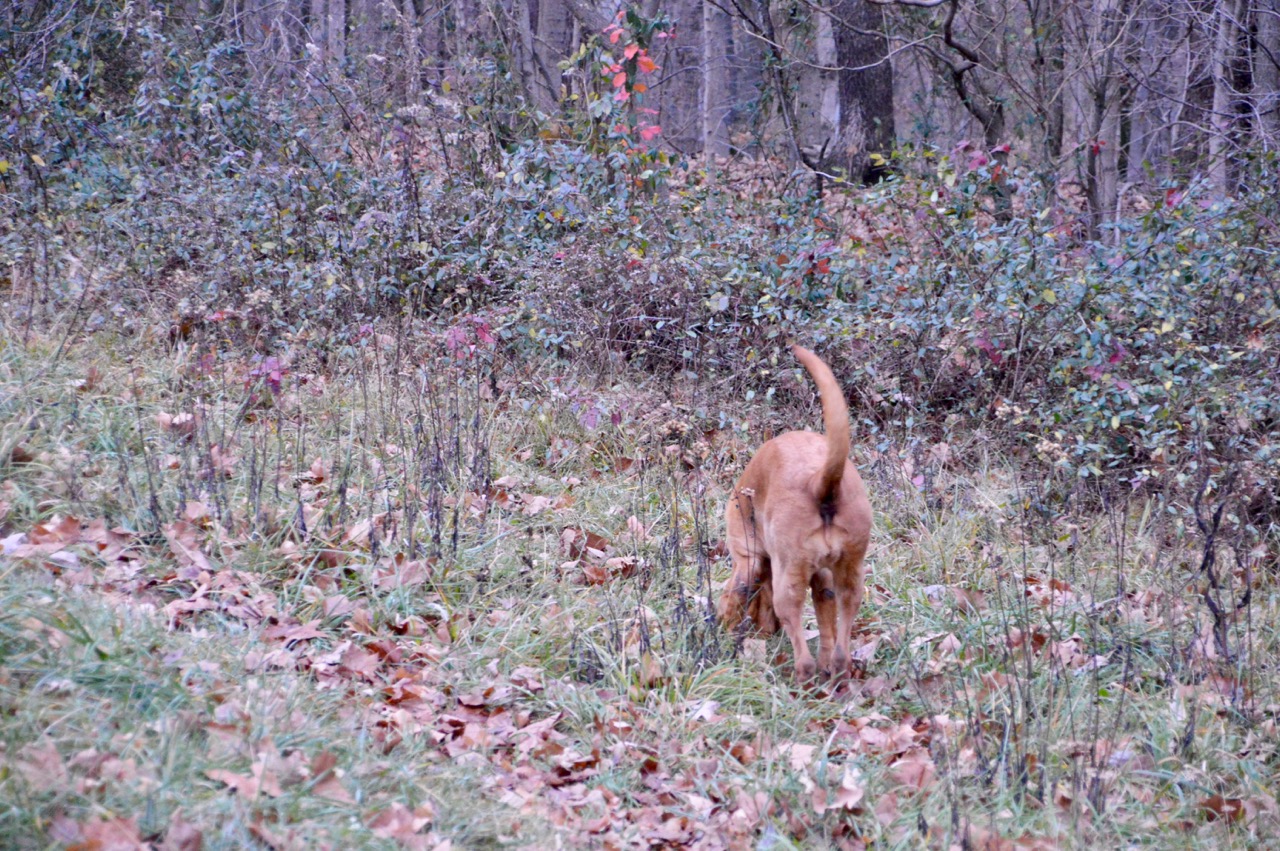 Stella had to be 'nudged' a few times with me saying "come on" but overall she stayed out front with Sadie. I'll let the pictures show their walk today, nothing out of ordinary occurred. 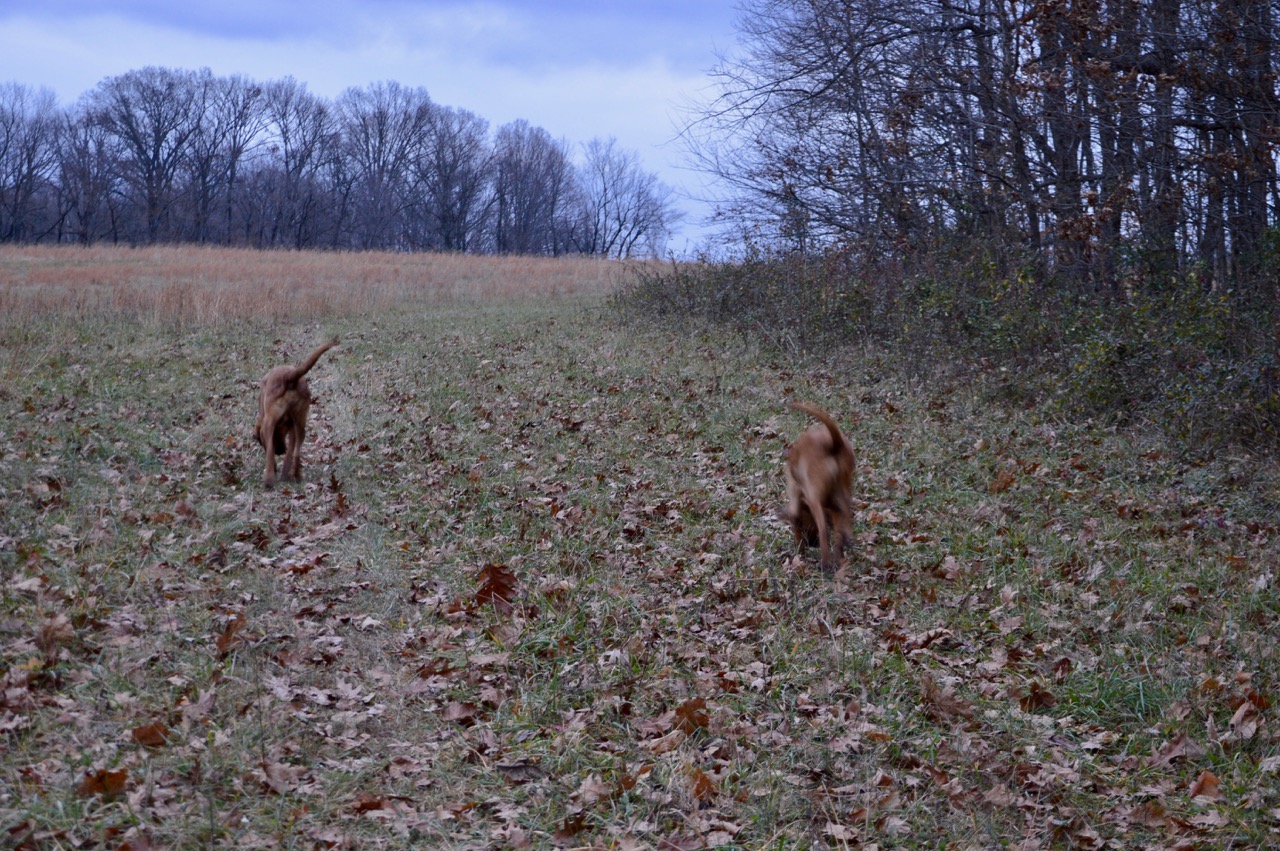 My electronic document ended up being 73 pages of typed information. As I read while typing I was surprised just how much of that trip I had forgotten. I rode a total of 3,870 miles in 44 days of actual riding the bike. I did ride through the desert in the month of May but found it much harder riding up the west coast to Seattle along the coast Highway 1. Every day me and the other riders I rode with, faced a strong headwind for the NW. I was wearing bike shorts, a t-shirt under a wool sweater, under a down jacket just south of Daley City California ... in the month of July. While remembering the times I was drenching myself with water every 30 minutes riding across the desert from Phoenix to Oceanside California. Such a contrast. 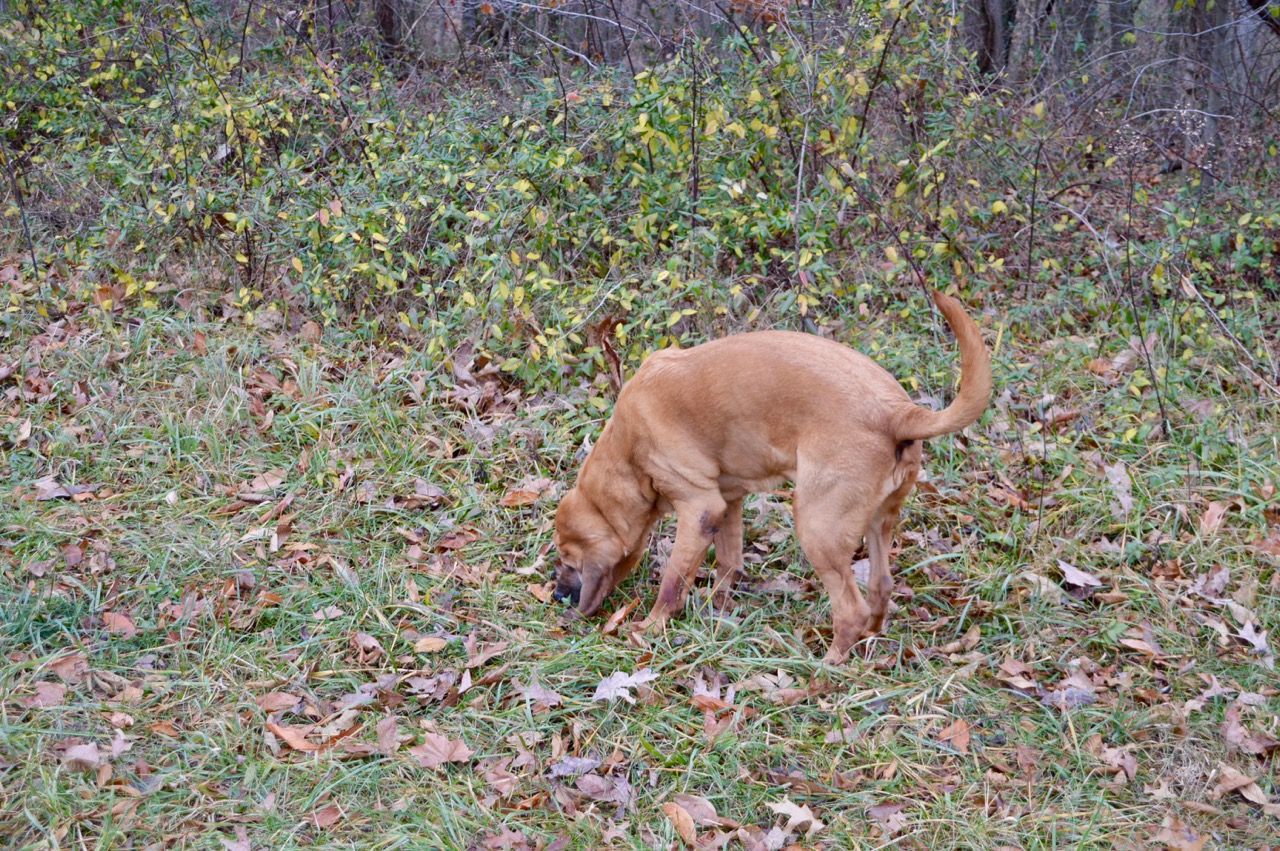 The reasons for the pain I feel in my left knee today at times, whether from riding now slower or just getting up out of a chair, was explained in the journal. I forgot about all the times I was complaining  of knee pain along the colder west coast highway along California and up in the cool and damp weather in Oregon. It was funny to see some of the prices I listed for the cost of food bought or a breakfast in a restaurant.

I forgot that logging trucks hate bicyclist even more than they do RVs and camping trailers. It was funny to read about a forgotten incident where a Washington State Patrol pulled us over and lectured us about the dangers of riding on a road with logging truck traffic after we had just spent a week in Oregon riding with them every day. He talked to me like I was on my first bike ride with training wheels while I had already completed 3,600 miles across the USA. 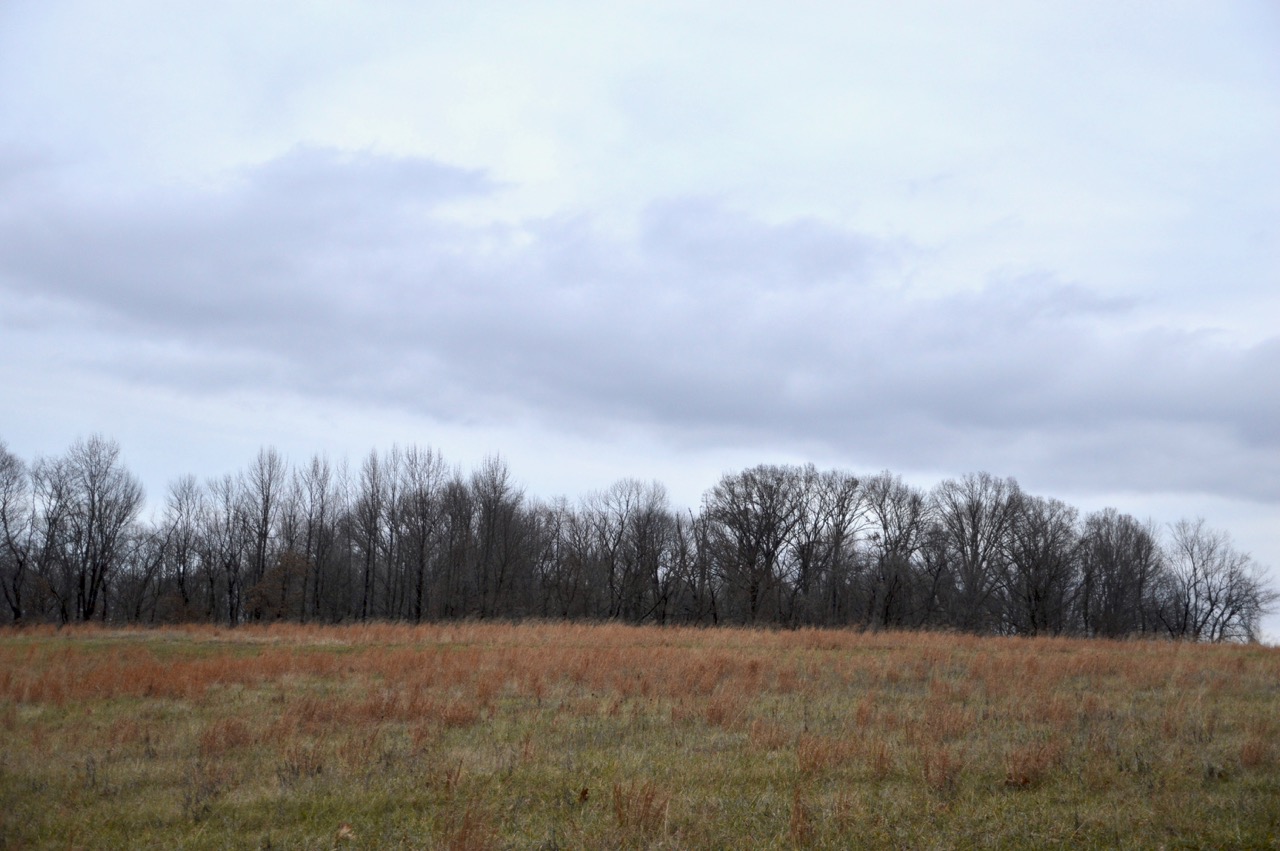 I ended by saying it was time to start planning for my next tour. It seemed like it was a given and I had to only finish college that semester and get on with it. Yet, life changes drastically at times. I never took any kind of bike tour after that. It was my only one.

I did do some bicycle racing after that for a few years in California but I never packed the bags, sleeping bag and tent and took off up the coast even while I lived on the coast highway in Carlsbad California. I still rode my bike pretty consistently for the next 15 years after that tour, but never took another trip. 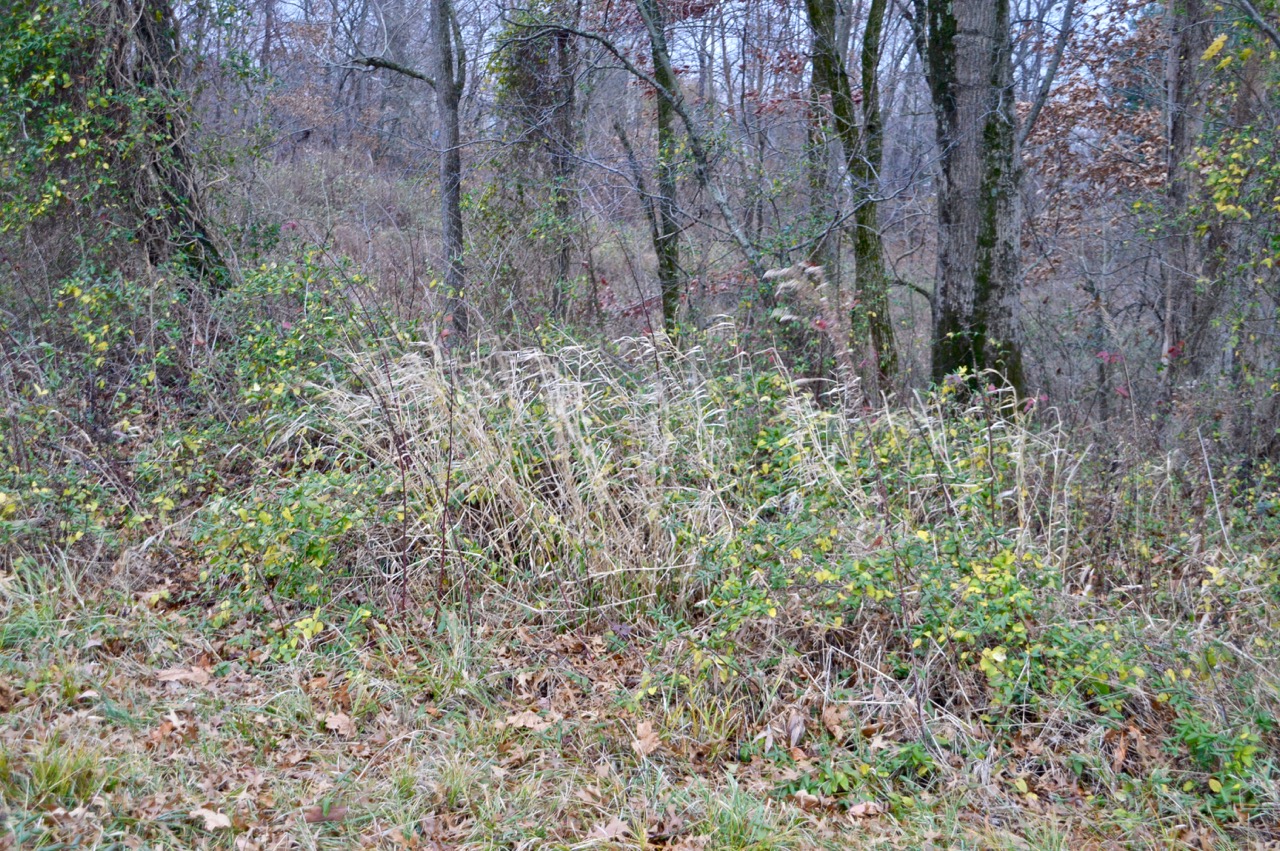 Like most people in life, we all experience close calls, where in an instant we would no longer be here. I had two of those close calls on the trip. The first was outside Show Low, Arizona just a little past sunset and oncoming traffic. The second time was in the early morning in Oregon with heavy fog and mist, flying down a hill that went for 5 miles and yellow warning signs for trucks about the decent angle. 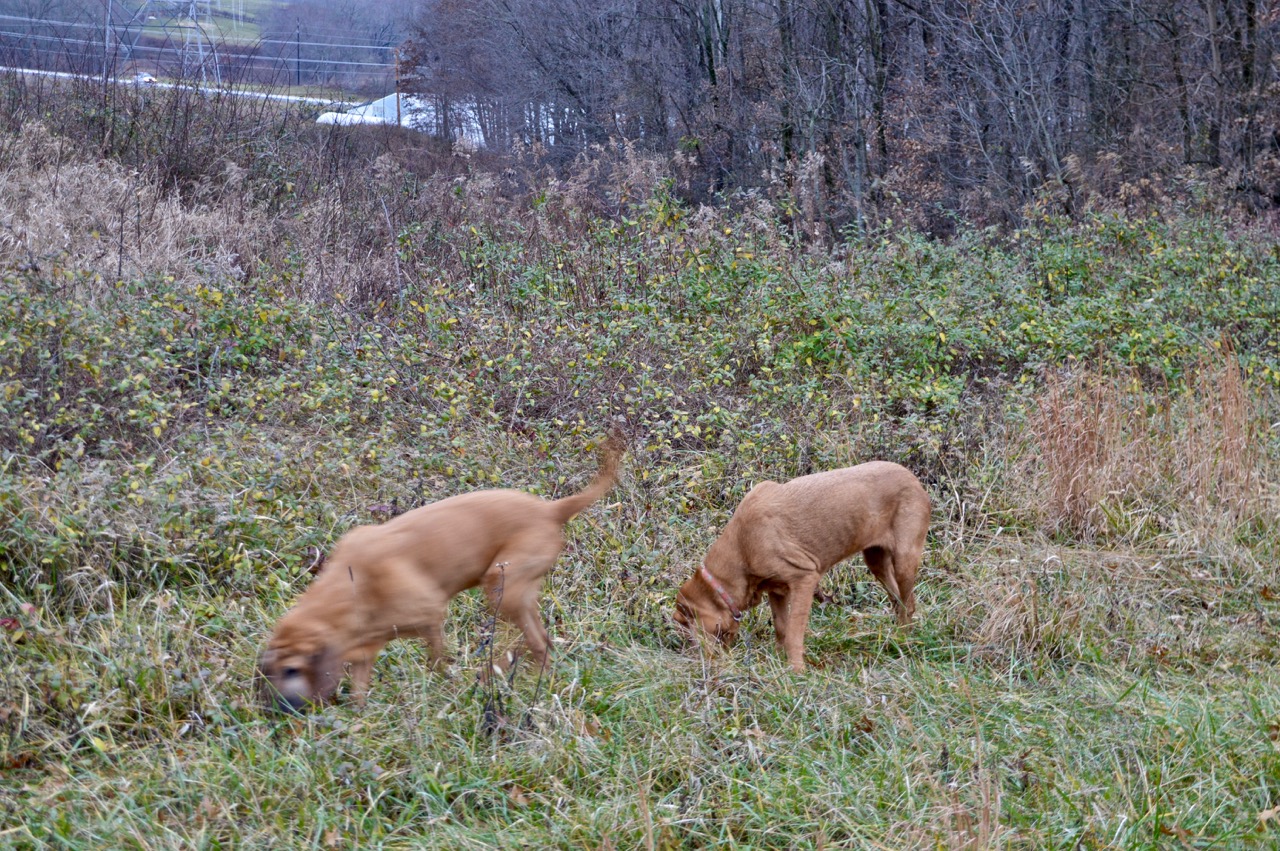 Years later a friend of mine in Oak Harbor, Washington wasn't so lucky. While making his final cross country bicycle tour which was the outline of the USA, he was killed in Nevada on his way back home.

As I read the journal, I had doubts I could do that today. Even if I were in my 20's again. What I might do after the hounds pass, is to drive those same roads I rode on and try to duplicate my trip. It's just to hard to travel with two bloodhounds instead of one. I found in June 2015 that basset hounds are much easier to travel with cross country. 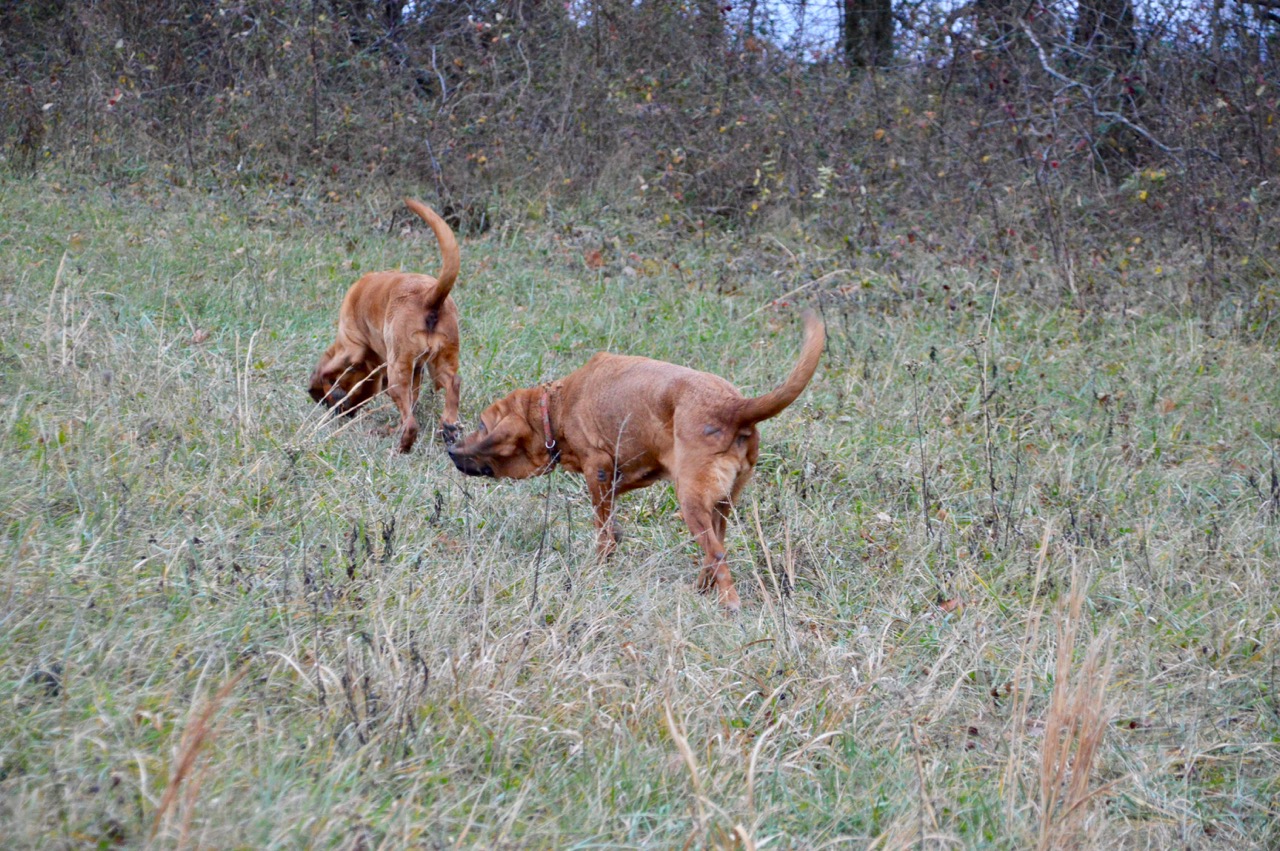 A few years ago I met a cyclist on one of the most dangerous highway between my home and Bloomington Indiana. I stopped him on my way home to invite him a place to sleep and eat. I had to let him know that no matter what your smart phone is telling you, there isn't any motels in the town I live in and that restaurant he was planning to eat at would be closed by the the time he rode 13 miles up and down steep hills. Unlike me in 1976, he was carrying his camping gear in a two-wheel buggy being towed behind his bicycle. He started in New Jersey and made it to California a few months later. 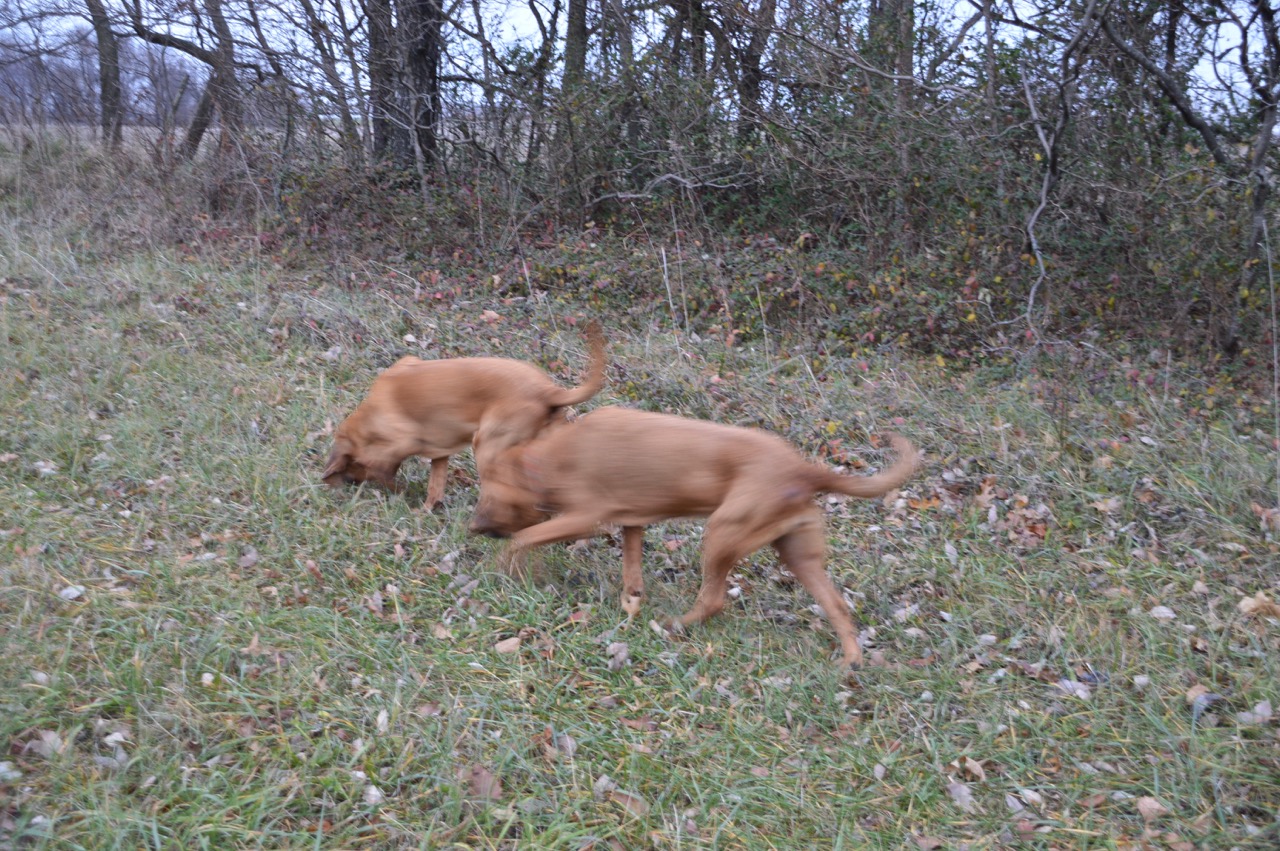 Granted, most of the times I see cyclist on the highway I have to admit they are riding too far out in our lane of traffic. Sometimes that is unavoidable because there is either no shoulder to ride on or the shoulder is in such poor shape it would damage wheels or flatting bicycle tires. Yet there are those riders that feel it's their right to ride 3' in our lane ... but they are wrong ... and that is dangerous. 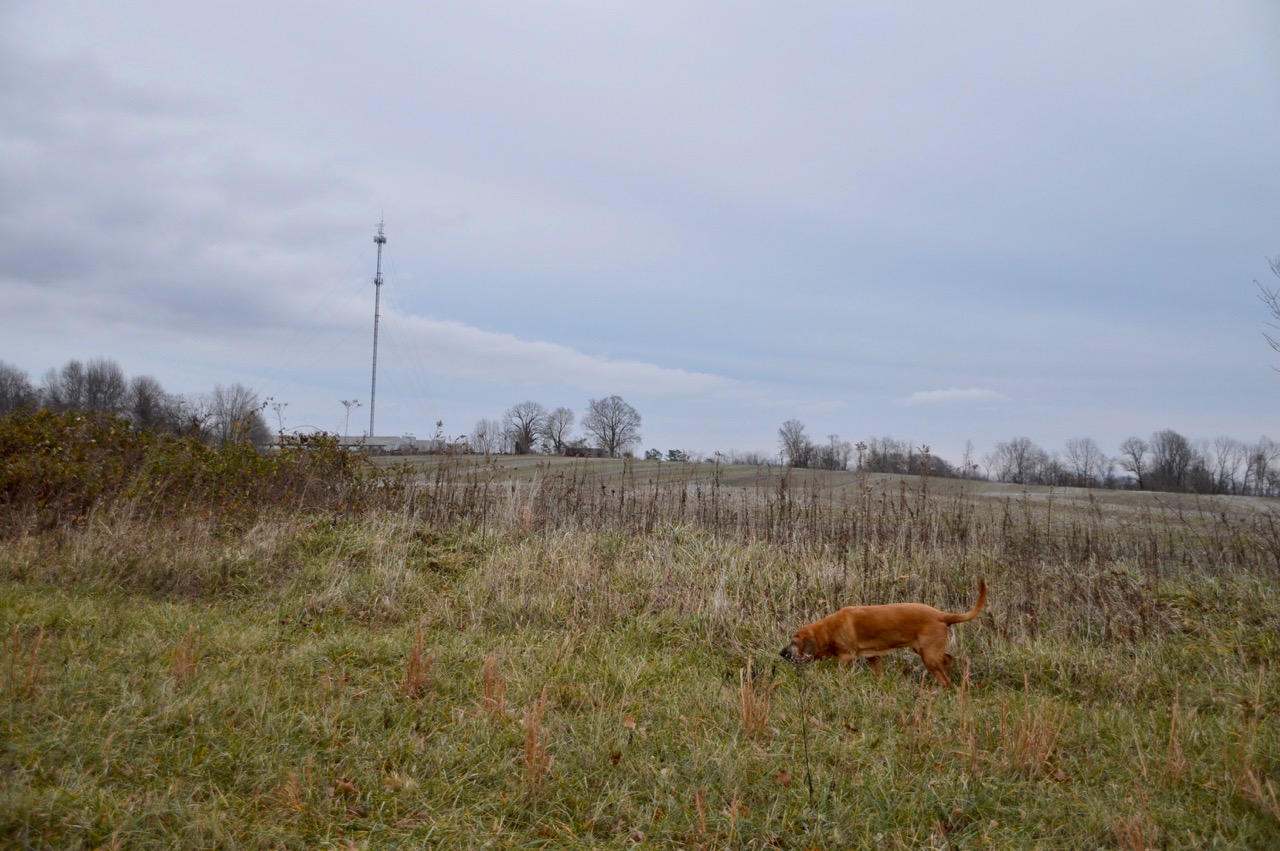 I had the bike of the ages then, it had a chrome moly frame. Very light and was claimed to be the same material that airplanes were been made of. But as with any expensive light bike equipment, it's the little things that make the long tour more comfortable, than just a light bike. Things like sunblock, water, calamine lotions for poison oak or ivy, would be nice for starters.

Plus also know that while you are in a campground taking a shower it's never good to leave your food supply on the picnic table, inviting all the raccoons to enjoy your trail mix, peaches and even attempt to try your mixture of peanut butter and honey in a plastic squeeze tube while you are enjoying a 4 minute shower for 10 cents. 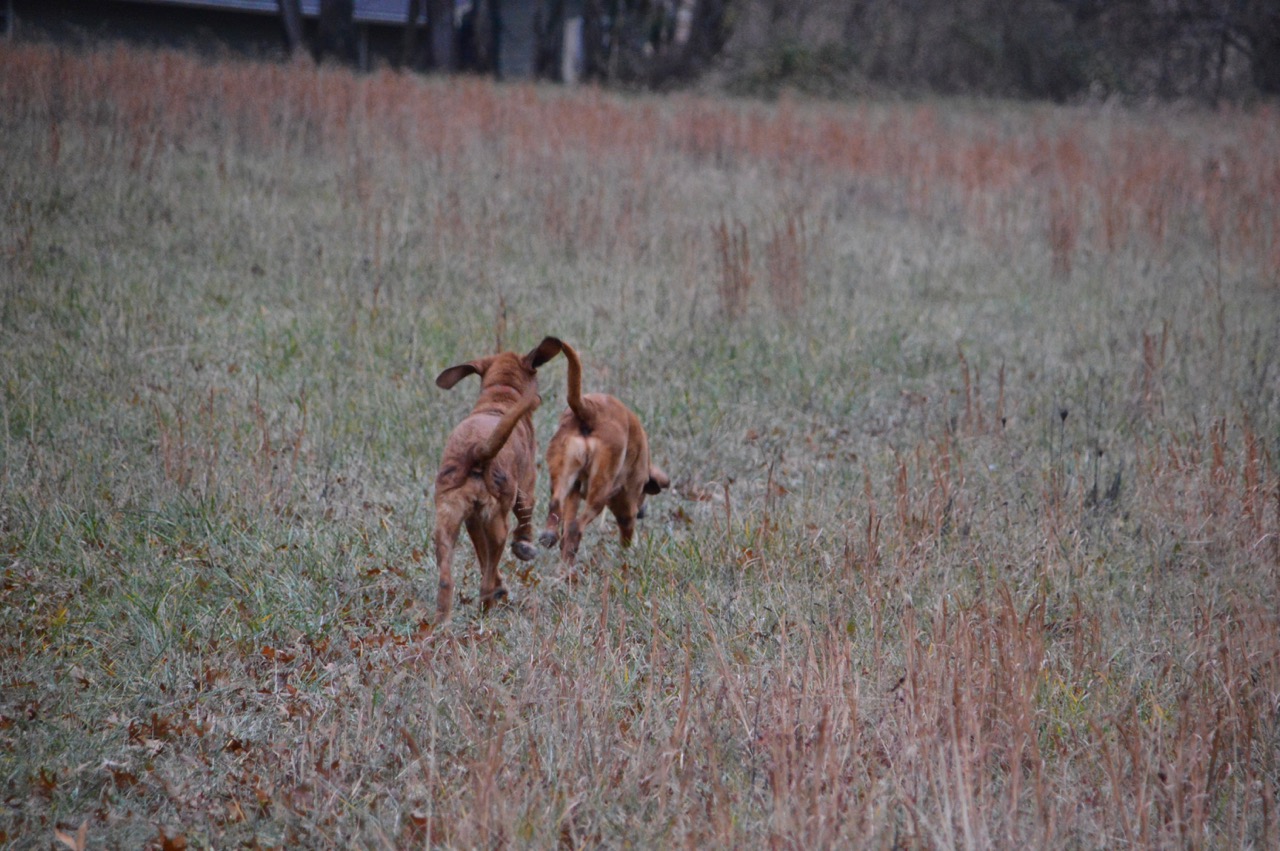 I have thought about uploading the journal into the blog as a page at the top or a link on the side. It's rated PG from what I can see. I still have some photographs to scan but most of my photos were taken with slide film and a small 8mm camera.  LOL 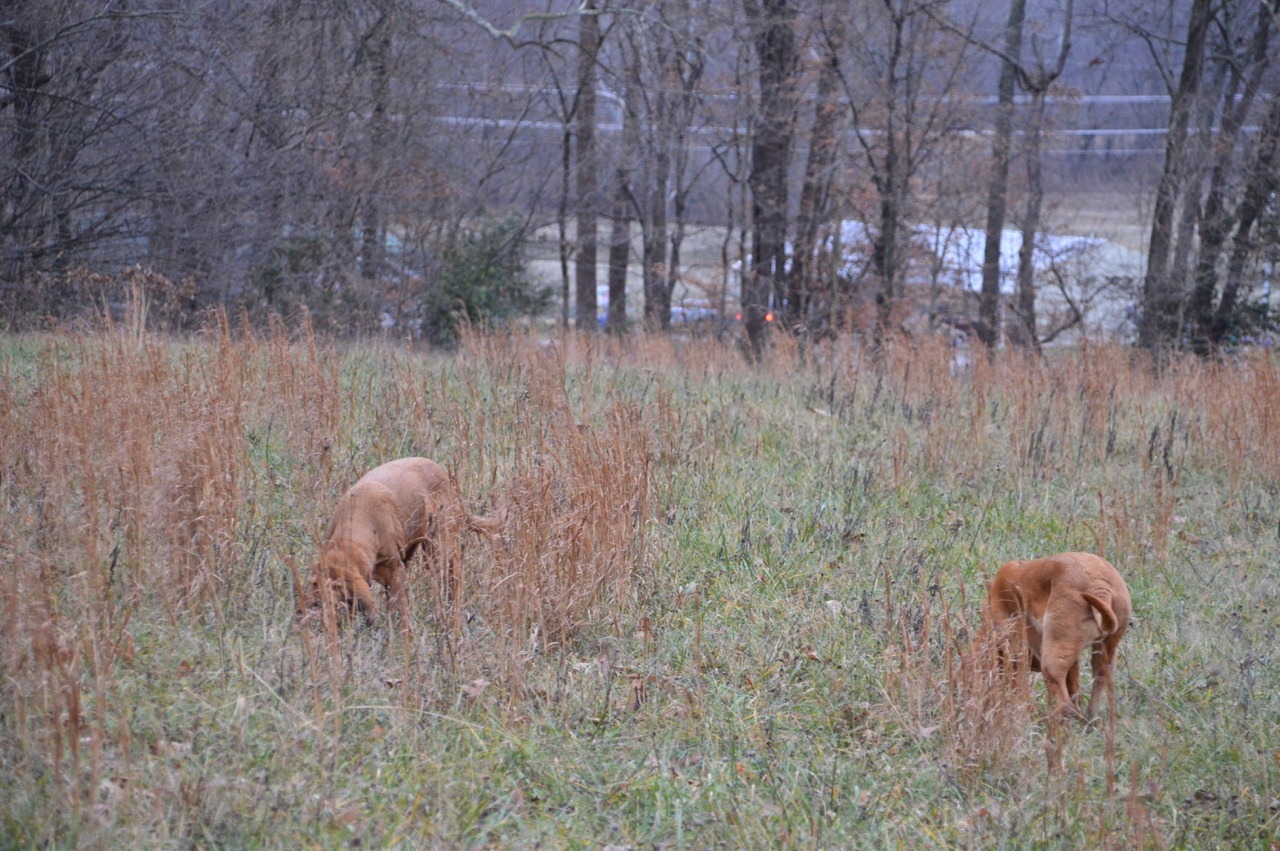 I'll post this now but this is later and I have been out and have lost all train of thought on blogging. 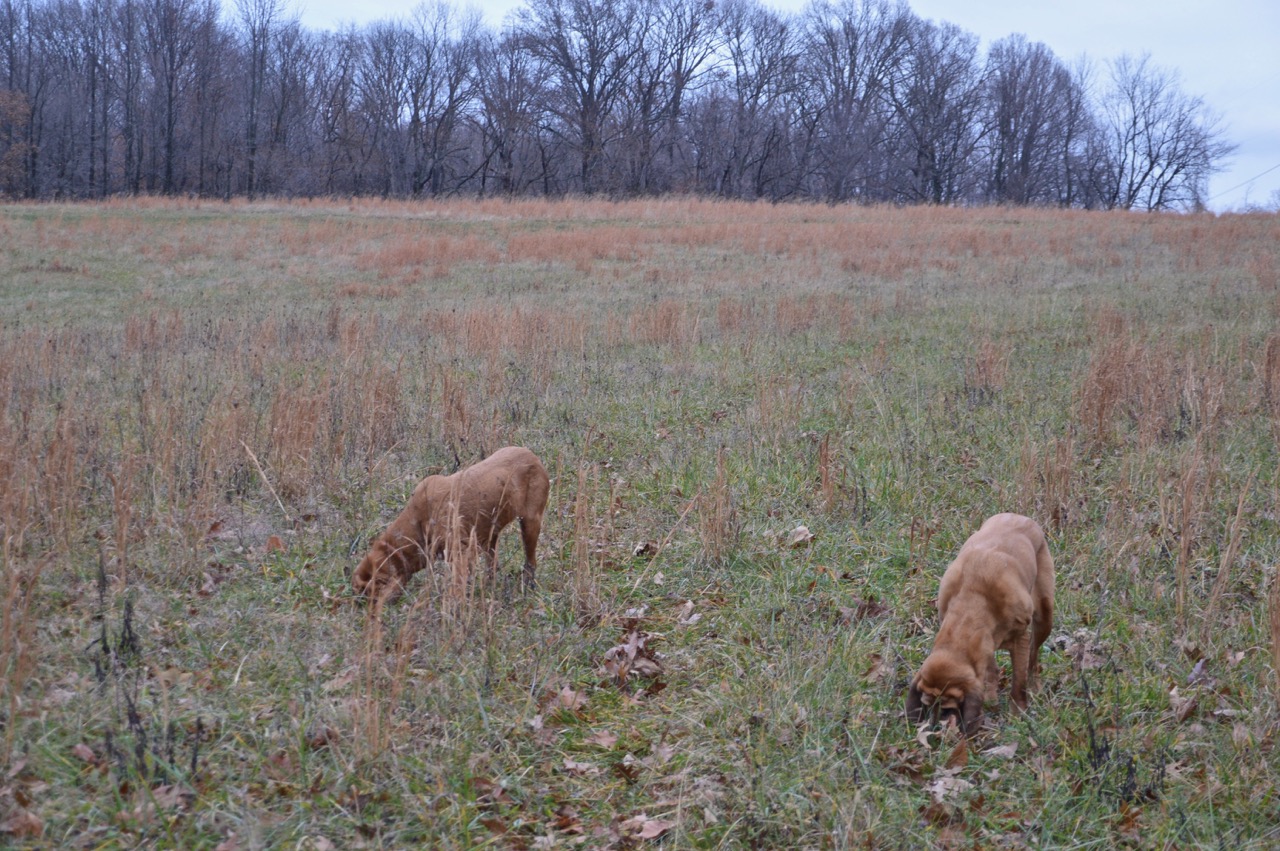 It's getting freezing cold right now in 'the tropics' of Southern Indiana.
at December 05, 2017