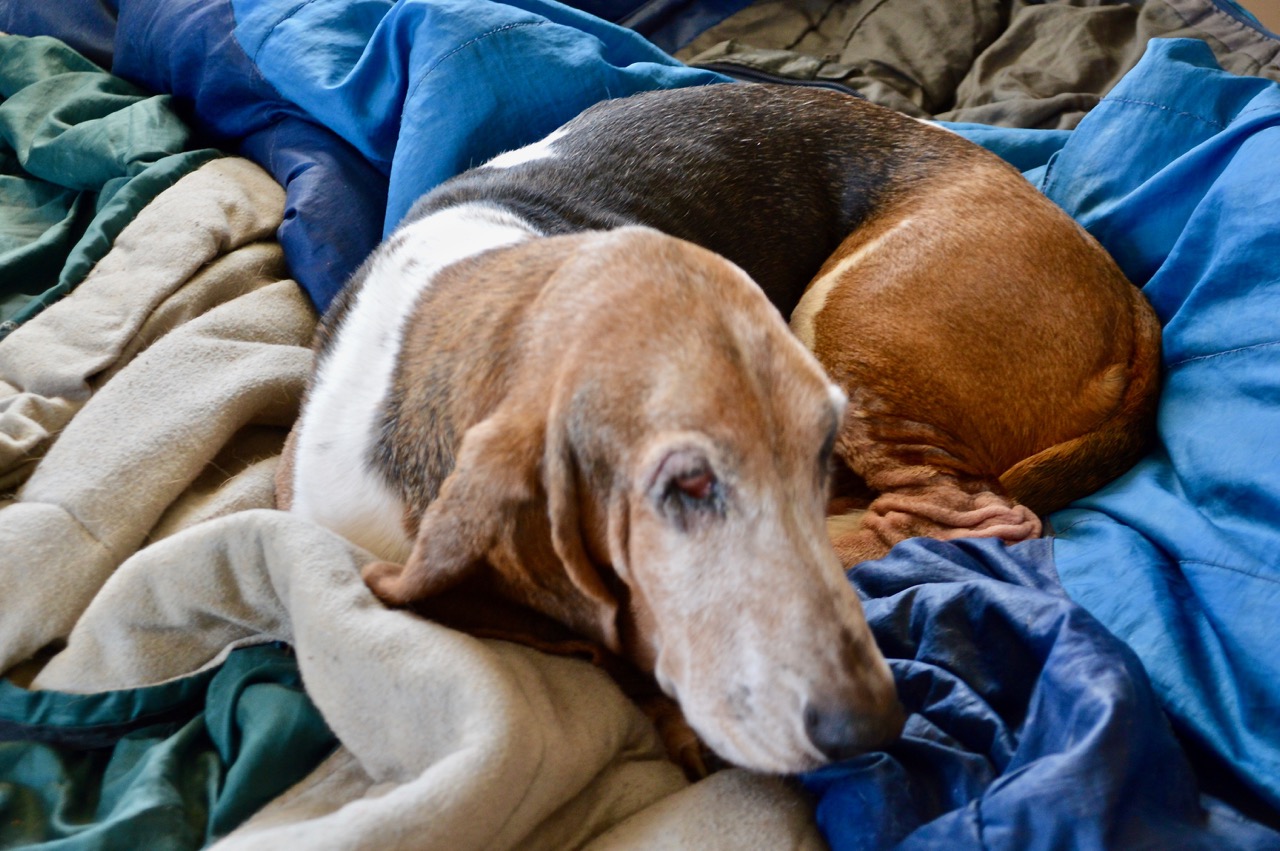 The hounds and I wish all of you a Happy New Year and to having a good 2018. Those arctic winds blew in yesterday afternoon and continued through the night. Very strong winds make the storms windows rattle and that they did even with them being iced over. As you see Heidi has gone to her 'freezing weather' routine. She will get up for lunch and/or to move to the couch in the afternoon but nothing more. 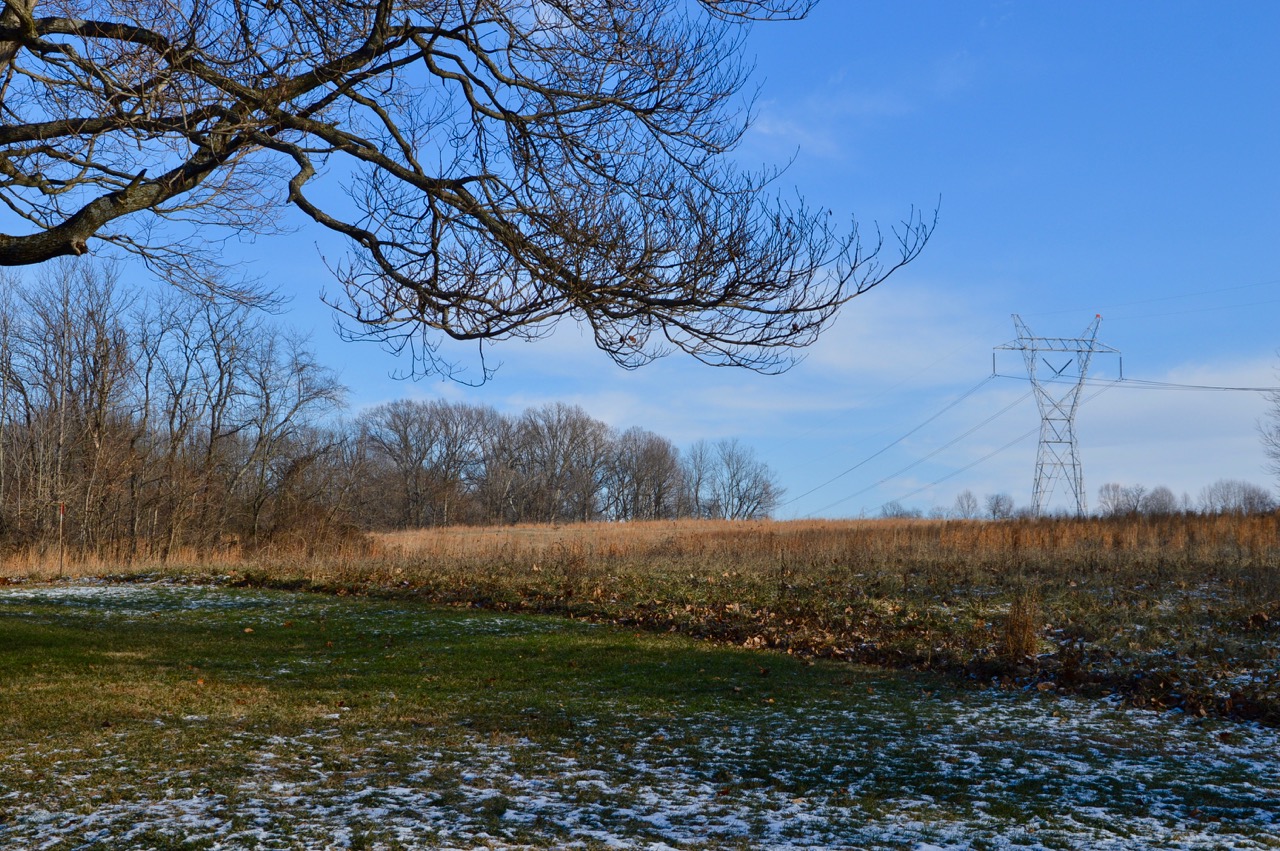 Don't let the sunshine fool you. I took this pictures around 10:30am and we were not out any longer than 5 minutes. That was all the time I needed to confirm it was not just cold but damn cold. We still have a wind chill advisory to go through that starts tonight at 7pm and will last until 7pm Tuesday night. That means two days of weather colder than it is right now. 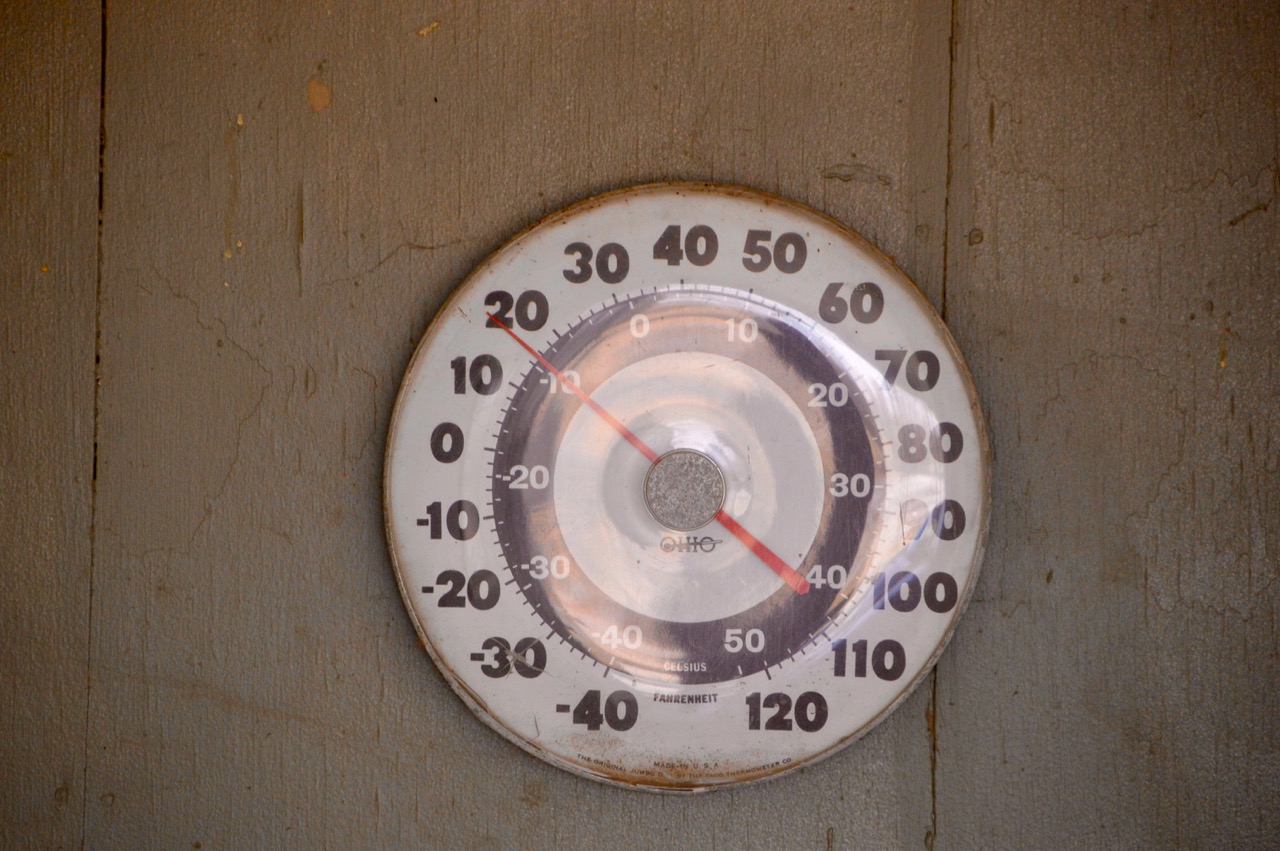 Yet from the time we woke up in single digit temps and a windchill in the negative, by 10:30am my carport thermometer was telling me it had warmed up to 15°. Wunderground and WeatherBug was saying it was more like 10°. Either way, it was still too cold to even consider a walk. Sadie and Stella didn't seem to mind. 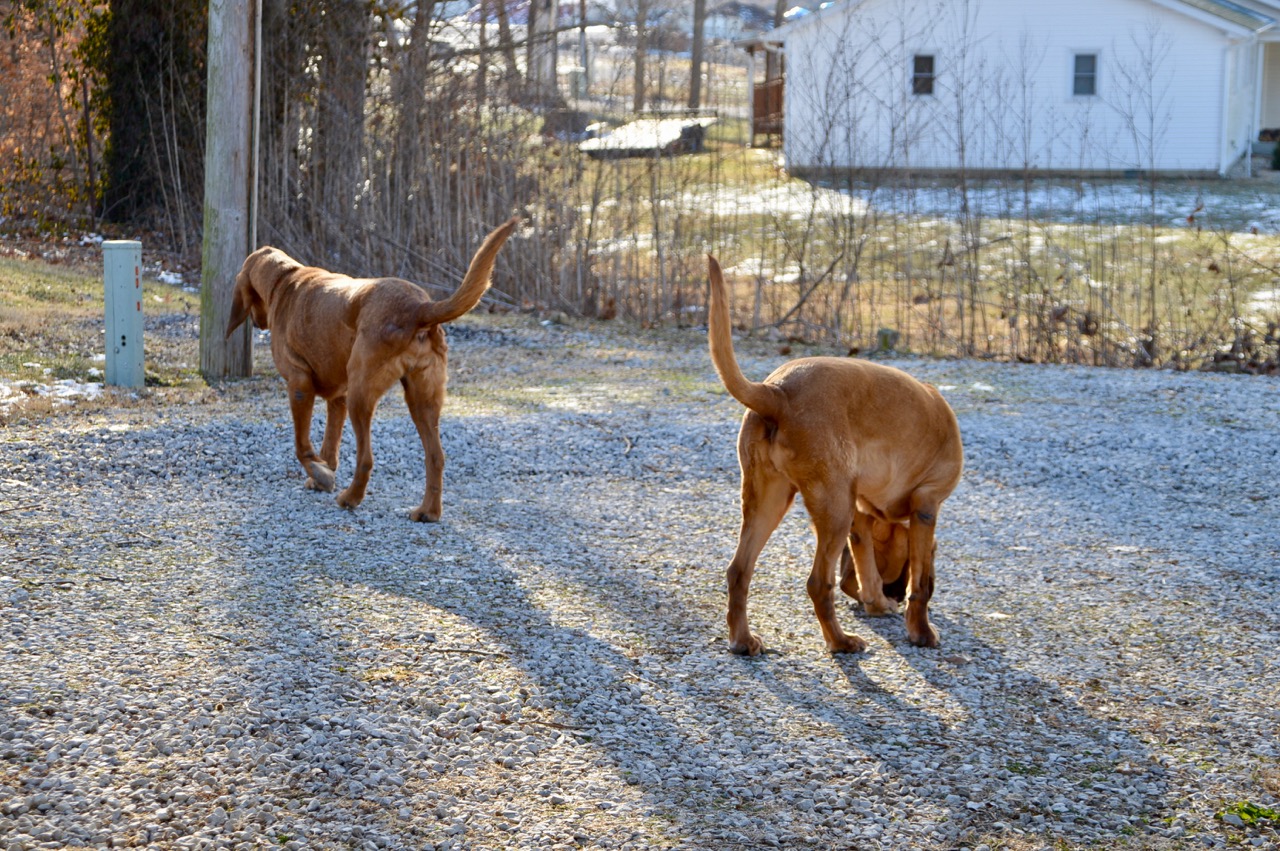 There was some strange energy going around the house before going outside. Instead of Sadie begging to take a walk and Stella doing her normal search for food in the kitchen, just in case I dropped some on the floor ... they both stood stoic in front of the kitchen island. They reminded me of two horses sleeping standing up in a pasture. Neither hound could get the other to play, when they decided to move. 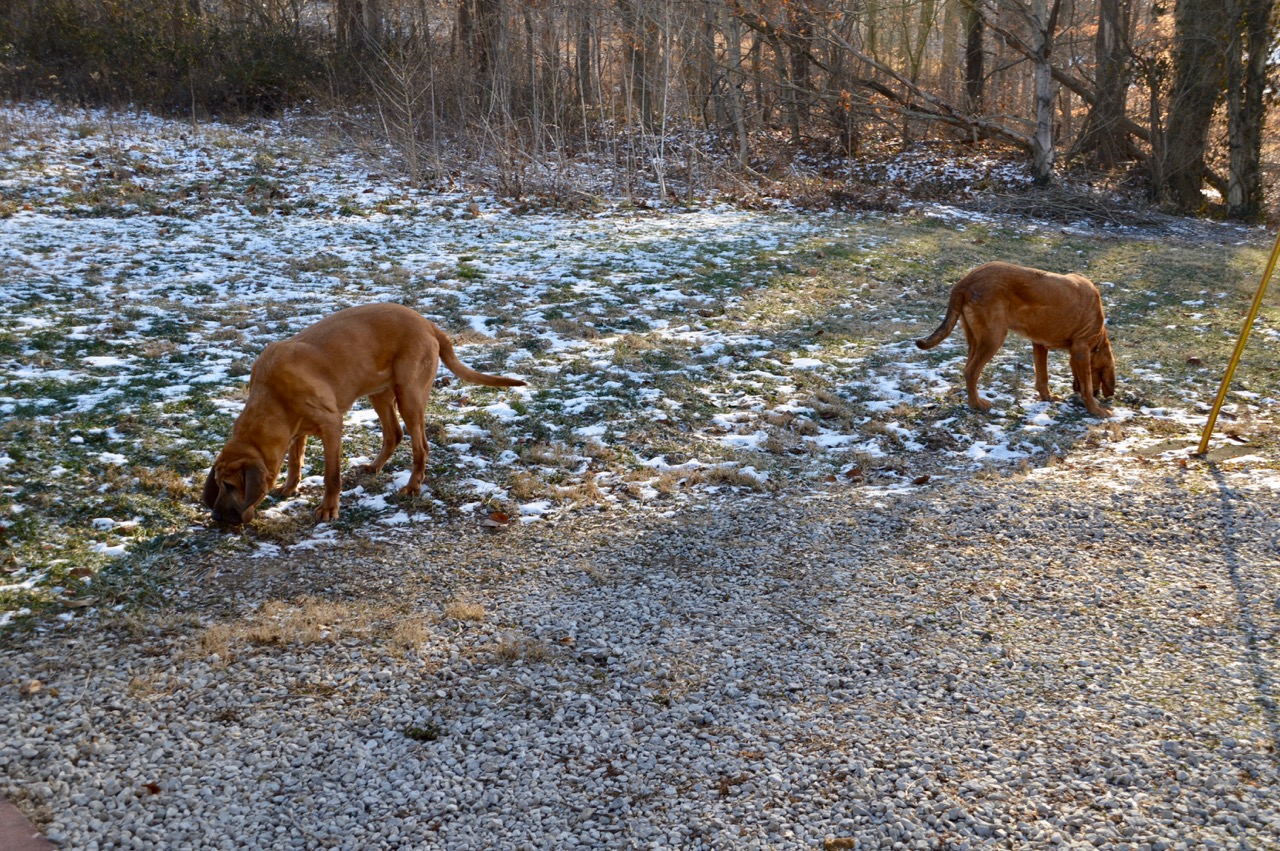 They went no further than this during the short 5 minutes we were outside. I thought they might want to relieve themselves since we are not taking any walks today. Instead they wanted to track mole traffic under the frozen tundra. I have the worst mole damage I can remember since it was pretty warm for December until he hit this cold spell. 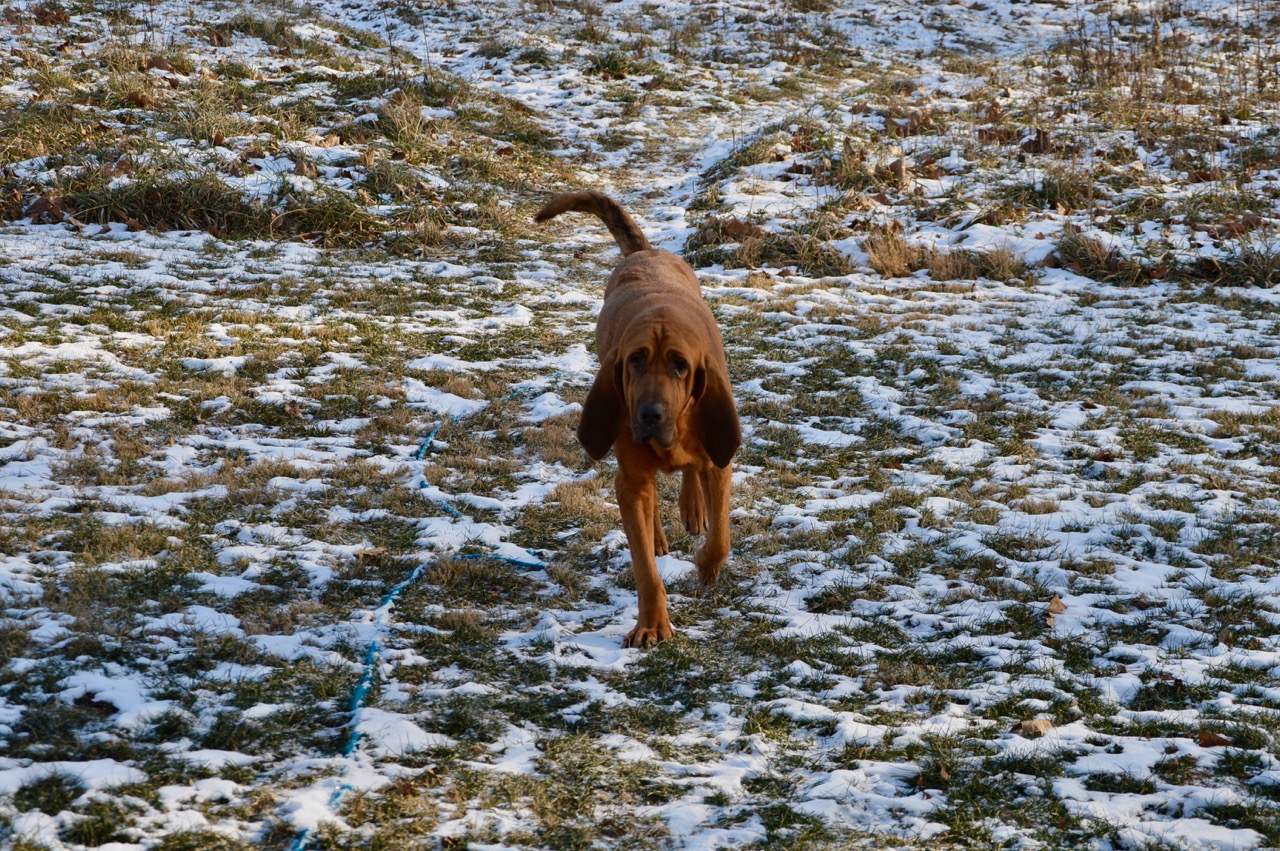 As Sadie headed for the door, Stella decided it really was too cold to take a walk. She had walked to the edge of the yard, took one step into the field then turned around and came back inside. 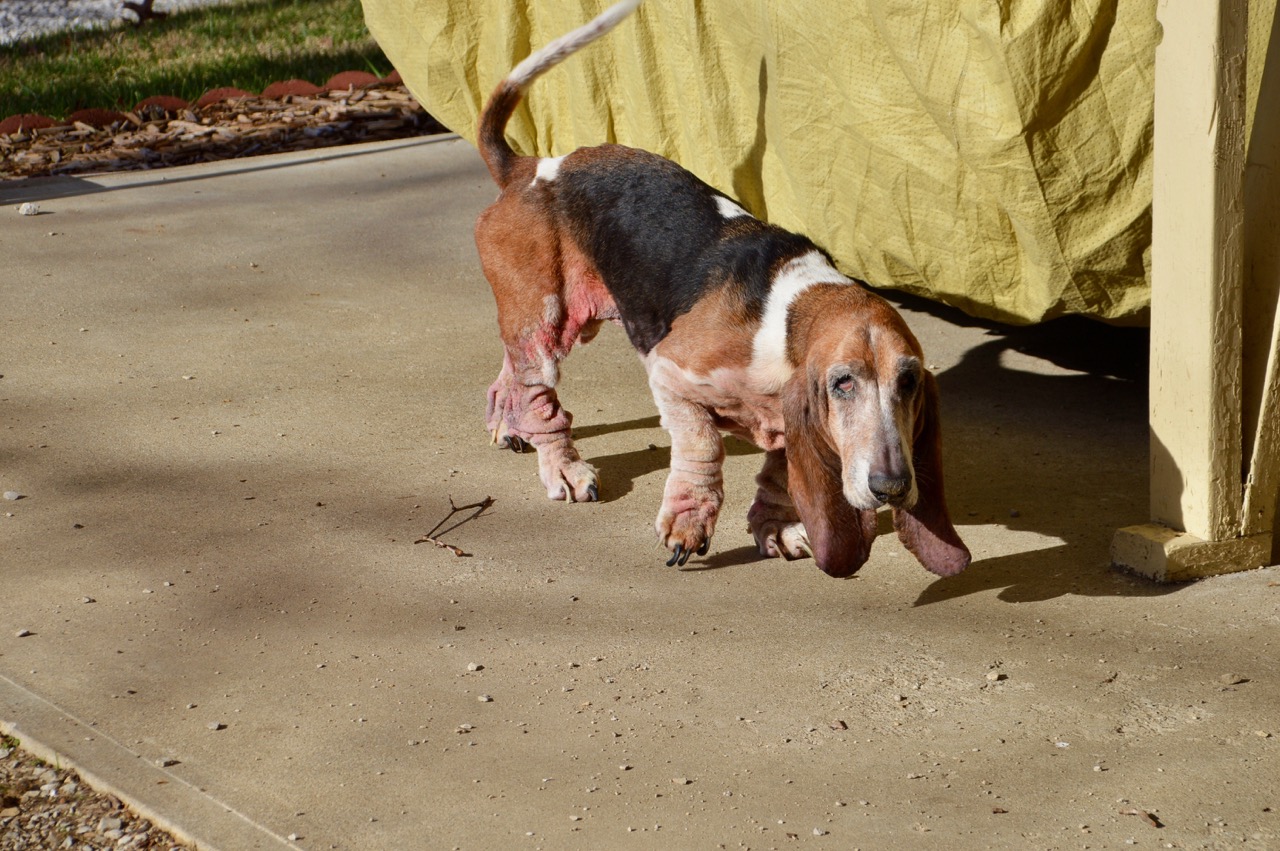 It was much warmer last year. Heidi made her outside photo appearance December 29, 2016 and then I don't have another picture in her photo file until I took one inside on January 1, 2017. That sunshine feels warmer than the sunshine today. 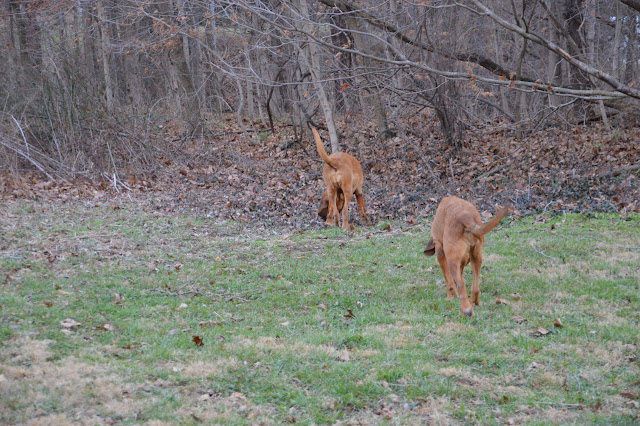 This was one year ago exactly and the photo even looks much warmer than those at the top of this blog. Yet I remember three years ago we were having the exact same weather this time of year. I had taken a trip to Bloomington to see my friend the first week of January and my FJ dash thermometer was saying -7° as I drove over.

It's just normal winter weather in the Midwest.

Not much will be planned for today except watching the last game of the NFL regular season. Most likely it will be the last game for the head coach of the local Indianapolis Colts. Speculation is broadcasting he will be one of many coaches in the NFL that will be fired by Monday. Since that is a holiday will NFL teams wait until Tuesday to announce who they fire?

Overall the college bowl games the past two days and nights have been great games to watch. The two teams I was hoping would win did not but that did not take away from the quality of play in their games. Too bad college referees take a lot of the enjoyment away from watching ... I started hating the words of "this play is under review" more and more this year.

I thought about taking the Z4 out for a drive today since the roads are clear and dry, free of any salt residue. Still there is just something I don't think is good for it traveling 55-65mph in 10° weather with colder than normal winds hitting the engine area under the hood. After all the Z4 is for only good weather. I think I will probably end up canceling all outdoor activity until Wednesday morning.

No major plans tonight to celebrate the new year. My party days were over many years ago so here in 'the tropics' our annual celebration seems to be watching the ball drop in NYC Times Square on tv, then stepping outside for a few minutes in the back to look at a sky full of stars. That is IF we are still awake.

I will try to come up with something or photos to blog about on Monday and Tuesday. It will not be about the daily walk I know that. I could do a 'feature post' about some of the past hounds I have had or if I'm in the mood I might do a post of rambling about things in general ... freezing temps kill brain cells in my book, so I am not sure I can even come up with rambling topics.

At least everyone here is healthy and content in 'the tropics' of Southern Indiana so life is good.