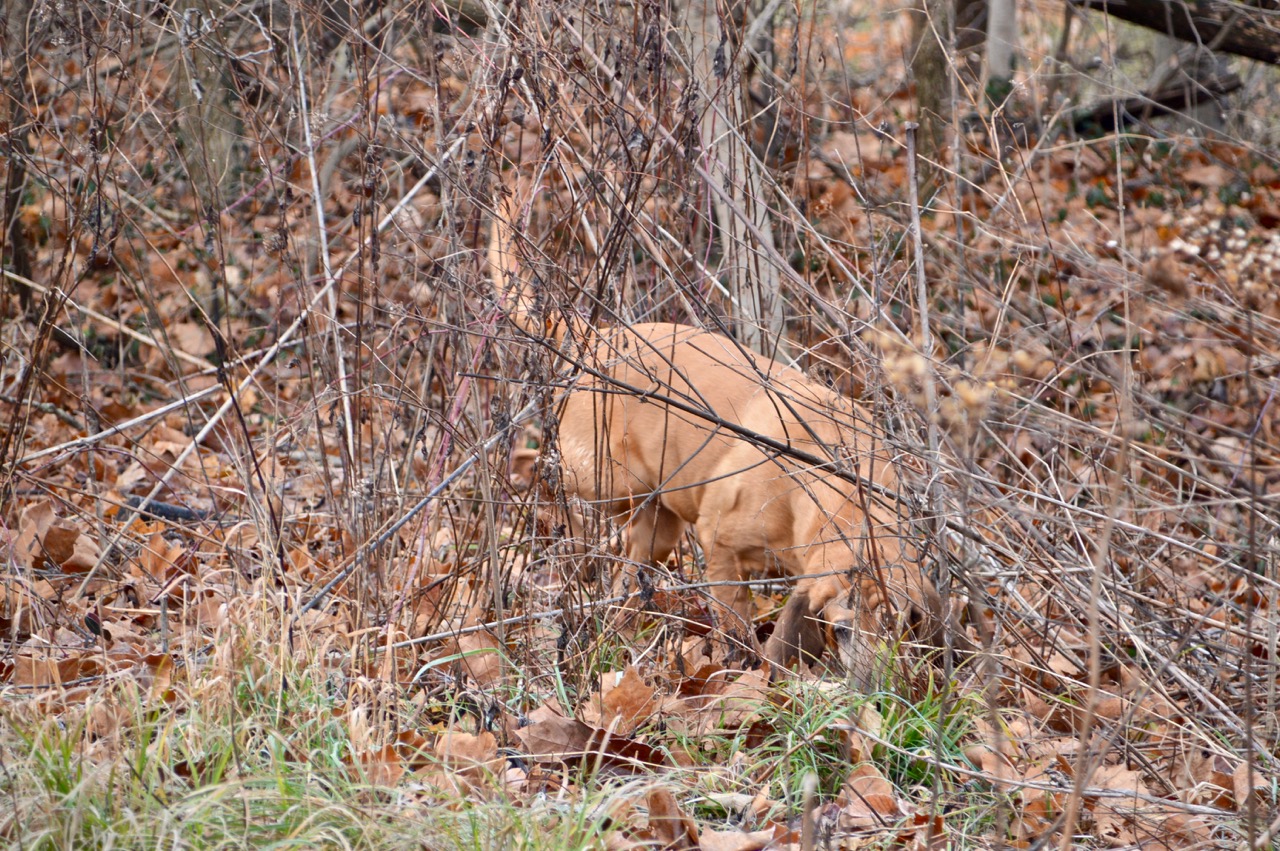 With the ground not quite frozen and still very saturated, no wind and snow predicted, we took off this morning about an hour later than we normally do. I was up past 2am doing App updates and running Bitdefender during my 6 hour period of free data. Bitdefender is an Apple App that looks for malware and viruses. The hounds were nice enough to let me get an extra hour of sleep. Yet, the walk today was just a little different but with no major surprises to write about. 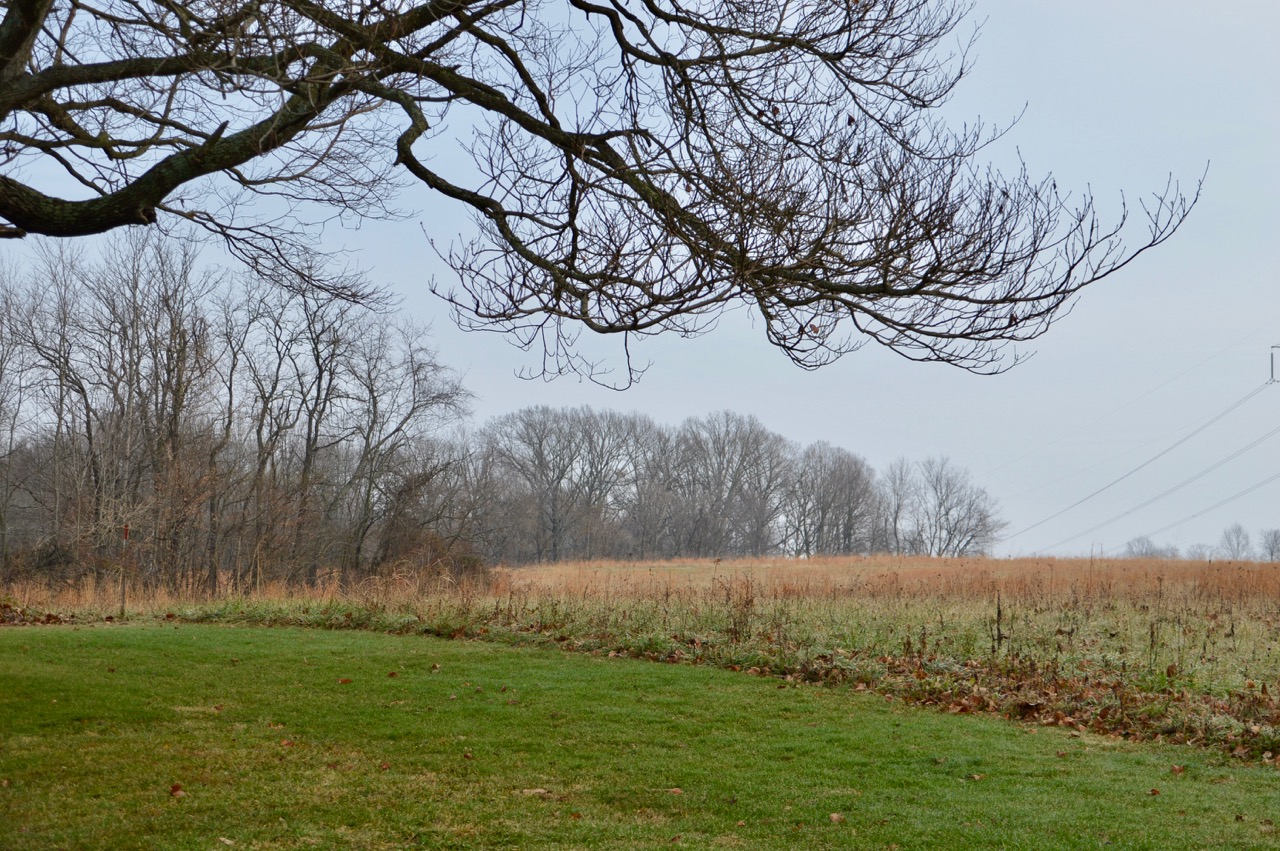 With yesterday's light snow completely gone there will be plenty of room to add the 1-3" that is suppose to fall later this afternoon. I'll probably spend the afternoon with a new book to read, and NFL games on the tv in the background with the sound turned off. Like I said, this morning's walk was just a little bit different and it all had to do with deer traffic during the night or early morning. 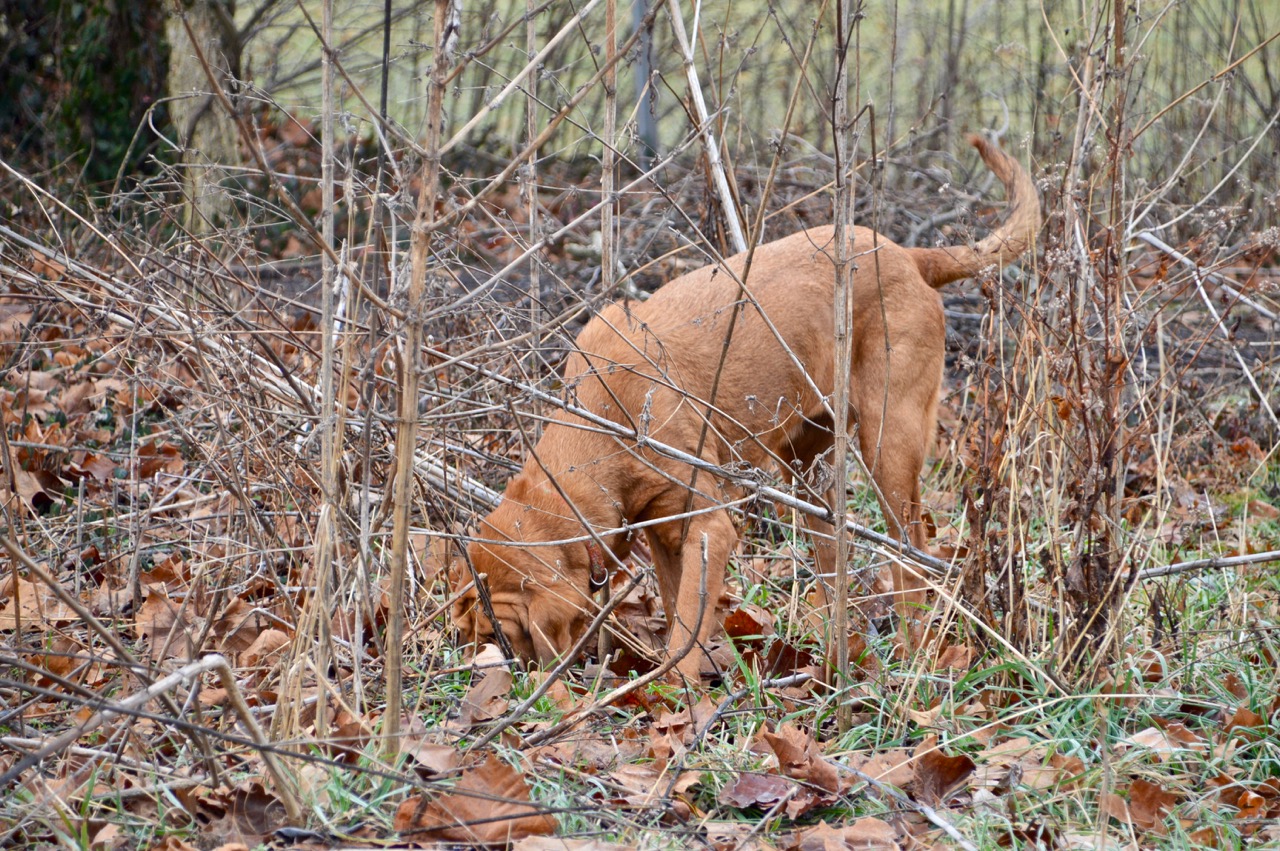 By the time I took my normal two photos from the house and walked out into the field, Sadie and Stella were in the far right side mashing down the dead ragweed just behind the burn pile. I continued to walk while thinking they both might stay behind and I'd be walking solo today. 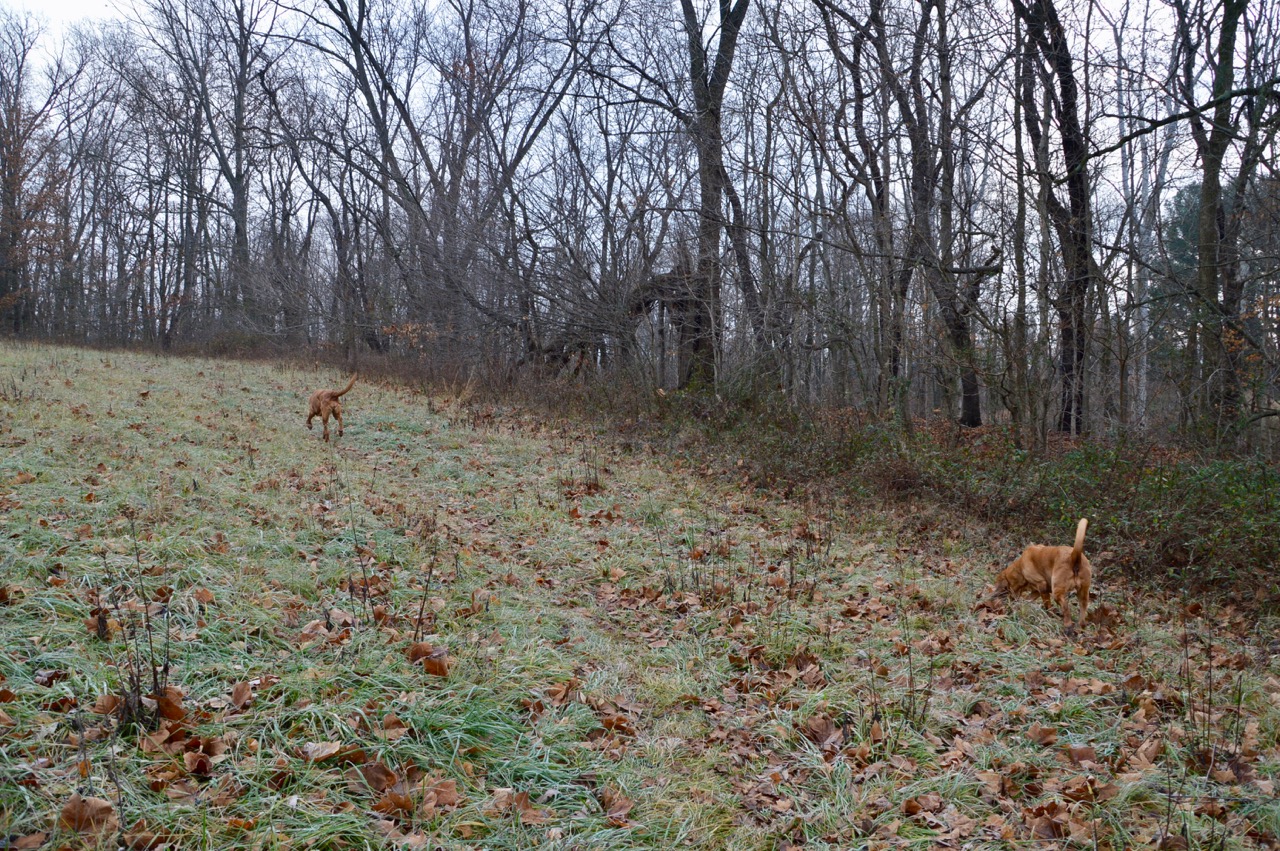 It wasn't until I heard the crunching of frozen leaves, that two bloodhounds ran past me as close to my legs as possible, veering off to their normal routes. So far the temps are dropping right on schedule with single digit lows by Monday night. 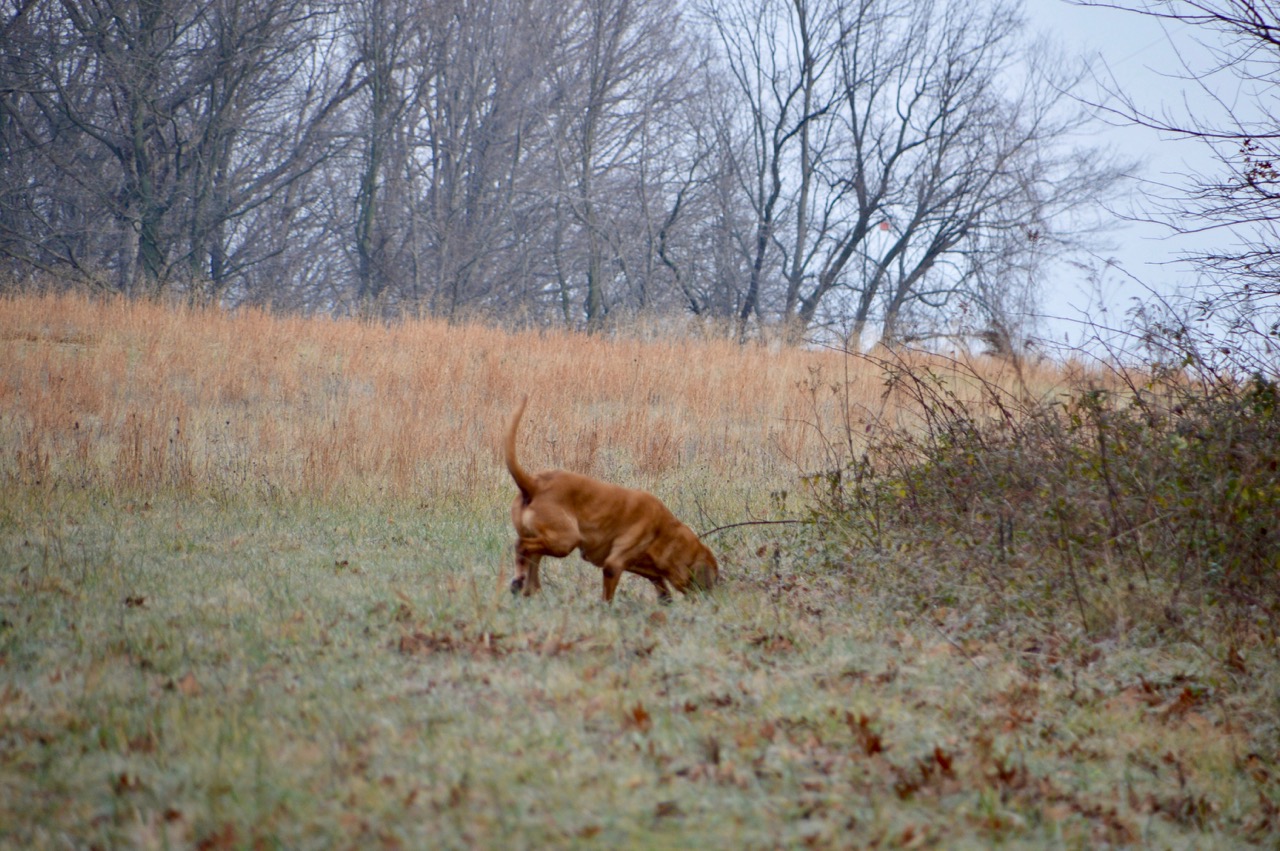 Nothing out of the ordinary at this point. Sadie was close to making the first turn. Stella was far enough behind me blending in with the dormant hay that I couldn't see her. Things were soon to change. 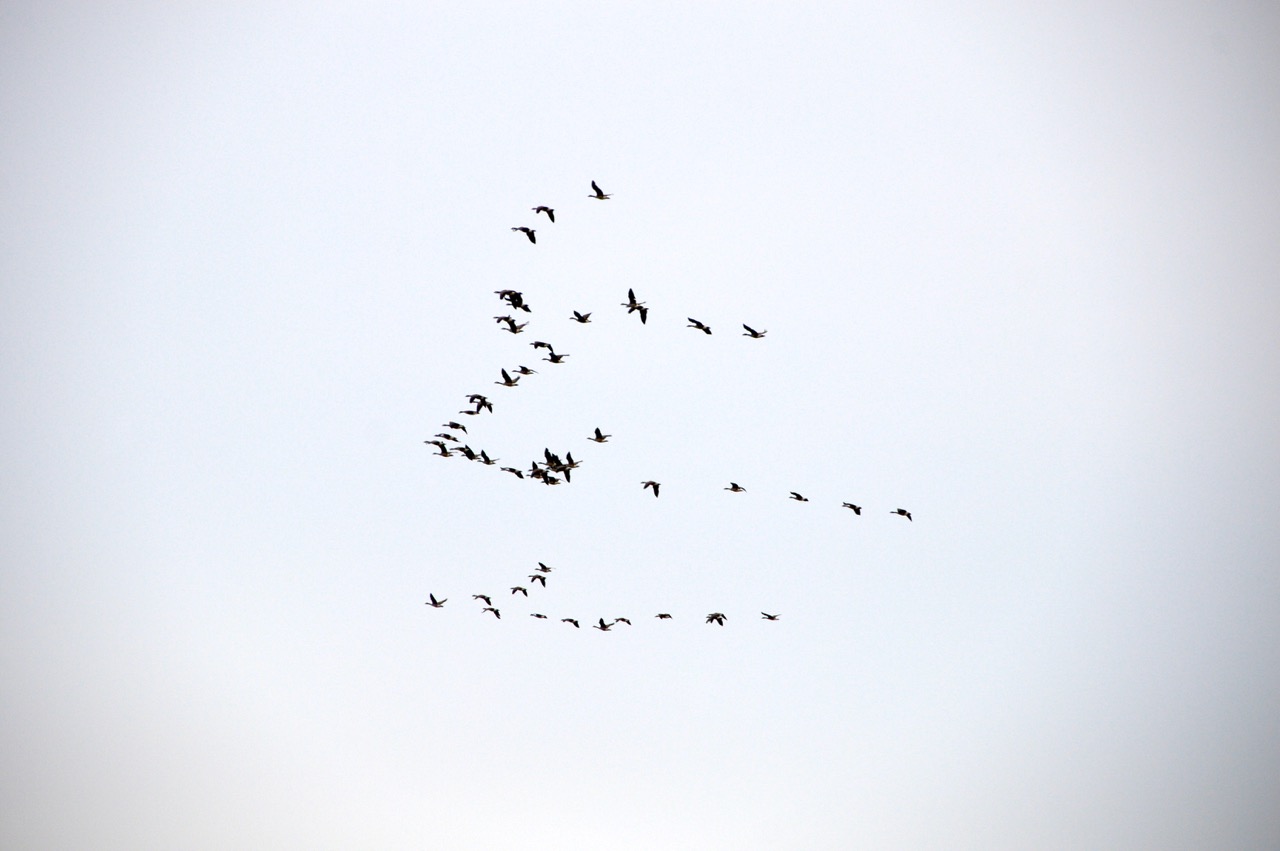 I heard all of this noise behind the woods to my right. At first I thought it was the few dogs that the farmer keeps outside on his property were barking. Then it became familiar. Geese were yelling at each other to tighten up their formation. The only problem was, they were heading NW instead of South. Is that a sign of global warming? j/k Neither bloodhound even raised their heads to check out all of the chatter. 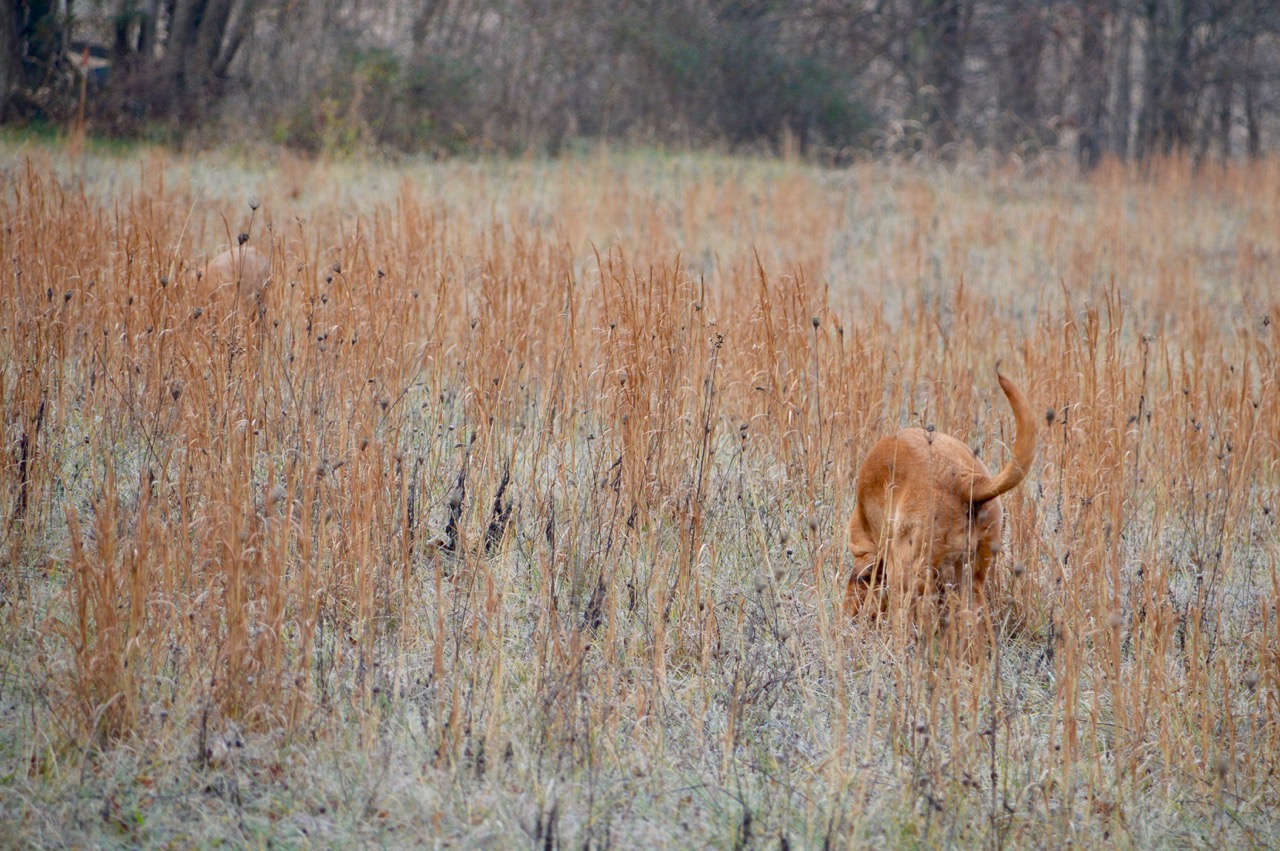 By the time I took the pictures of the geese, Sadie had snuck by me and was back with Stella in the middle of the field. That was the opposite direction we were walking and do walk every morning and afternoon. I can't remember that she has ever done this because she is usually so locked into the scents she is tracking. Yet, there she was within 20' of Stella. 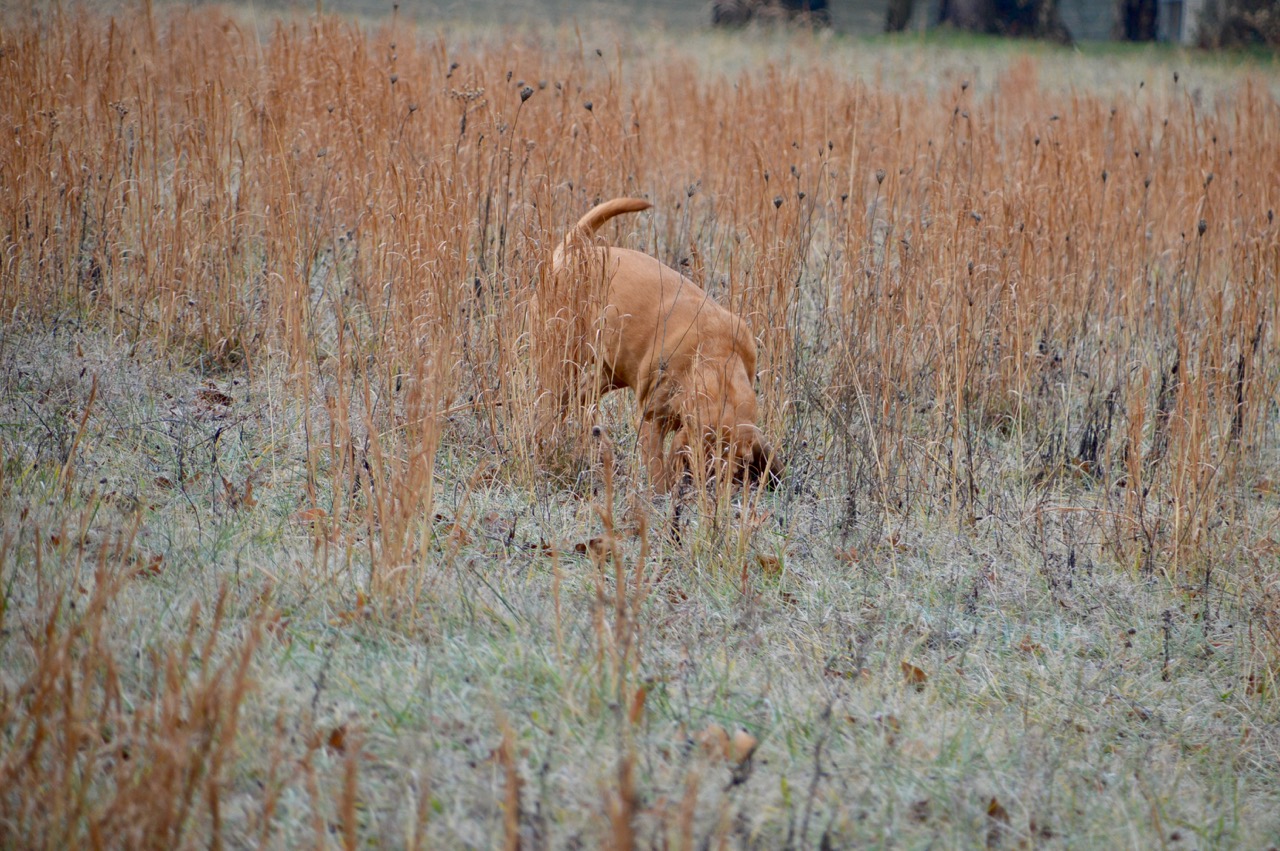 This morning she was going to be just like Stella and not move. I called her name a couple of times and when she didn't move I decided I'd walk alone and enjoy the nice weather with the camera in my hand. 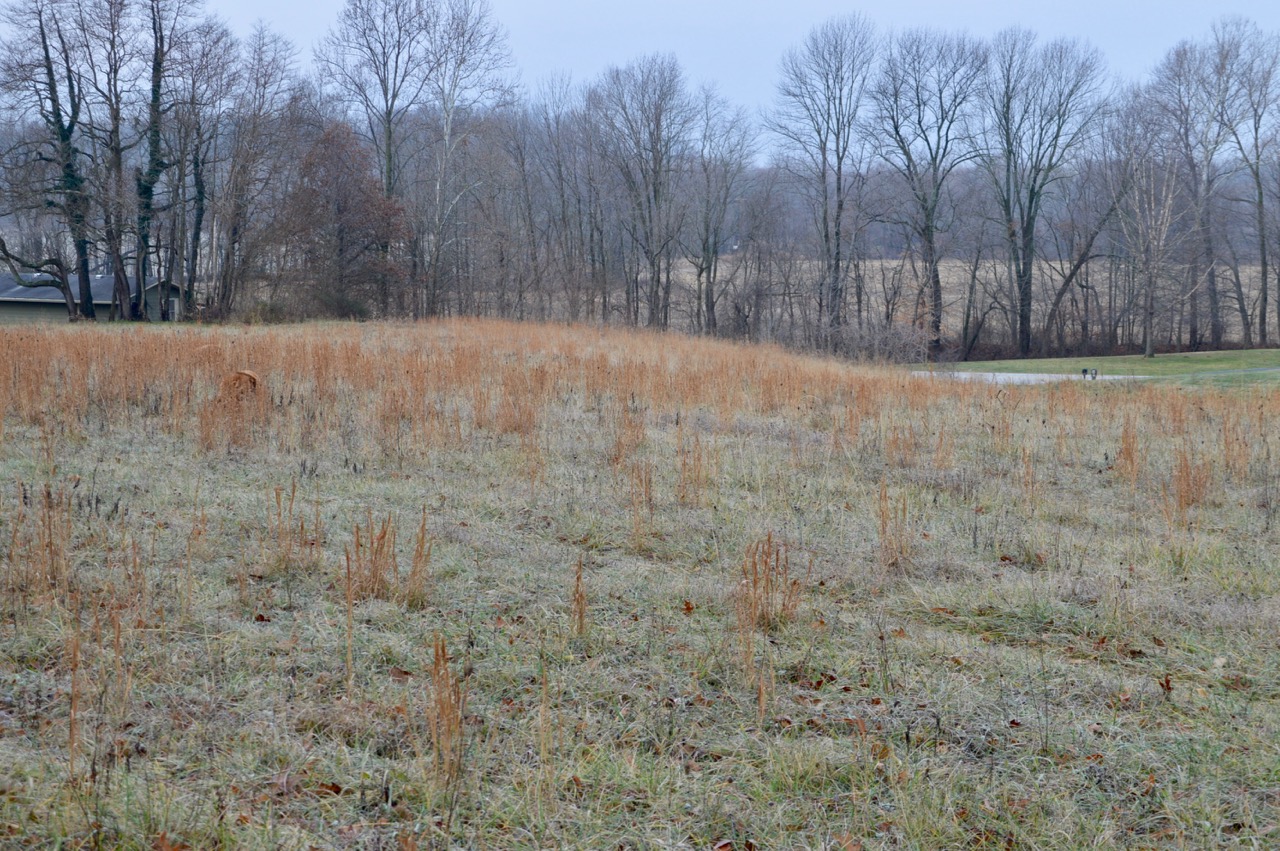 I wasn't sure at this point if Sadie would run to catch up to me or not ... I walked around the first turn and still did not see her behind me until I had walked up even with the far right corner of the field. 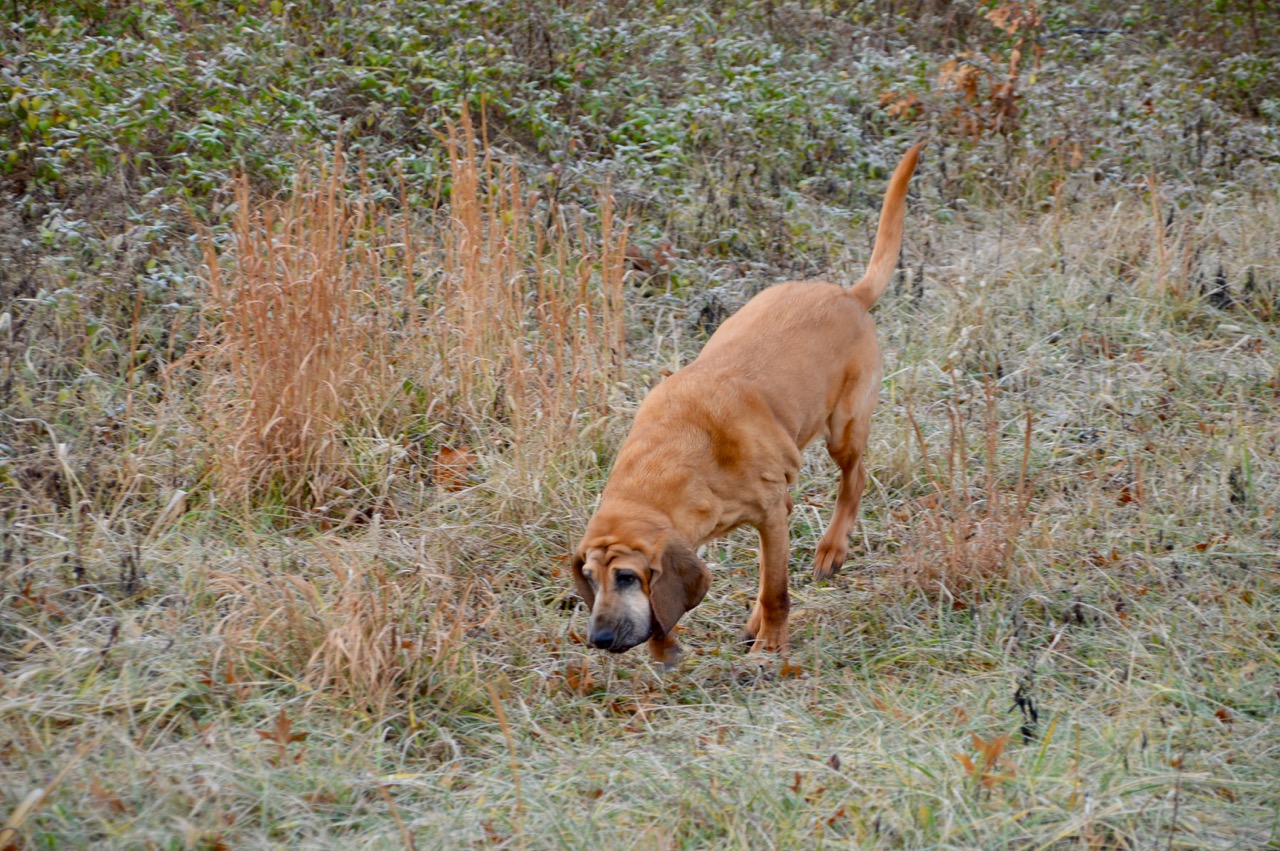 Just that fast, she was right behind me on her normal path, nose to the ground. 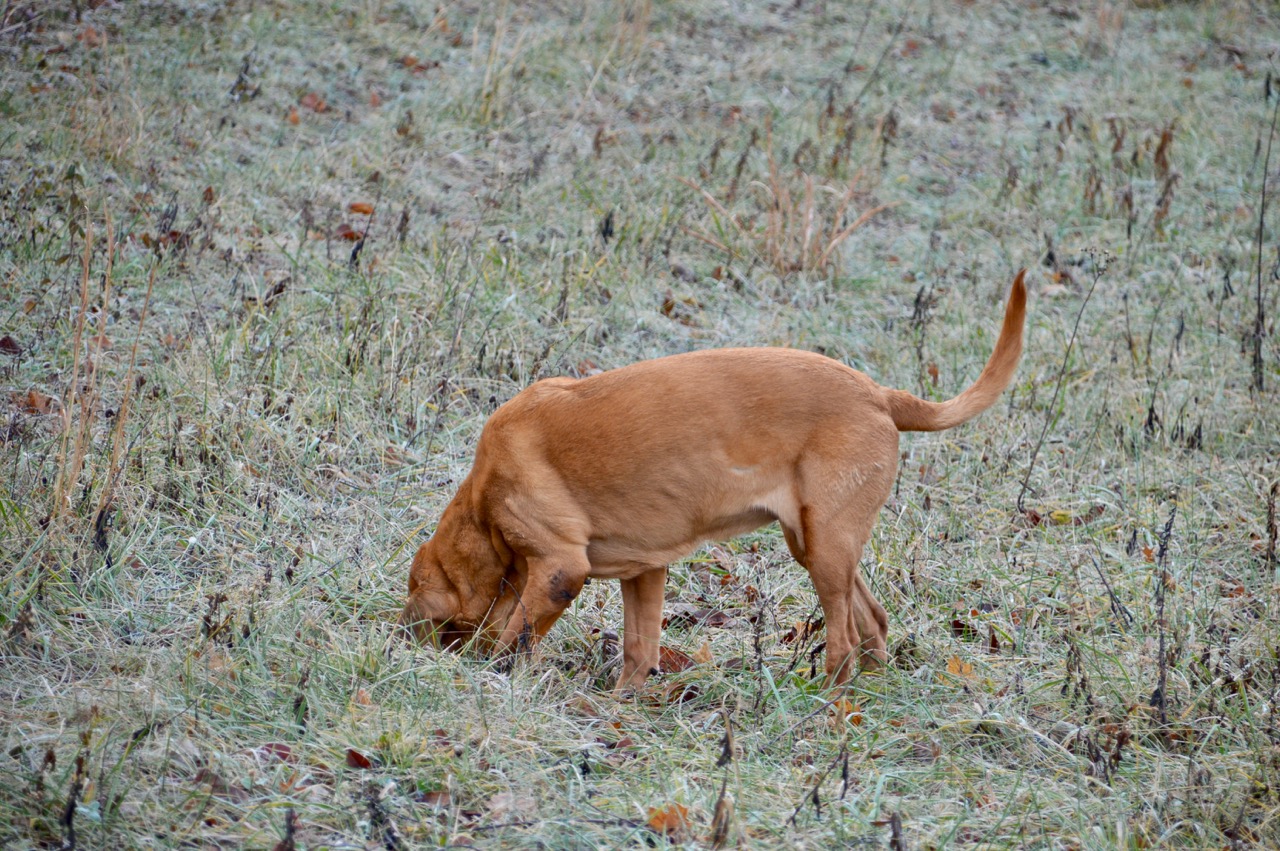 She never stayed long at each spot and then ran to the back of the field and tore down the back side. At first I thought she may not stop and continue north around the power tower and toward the woods. 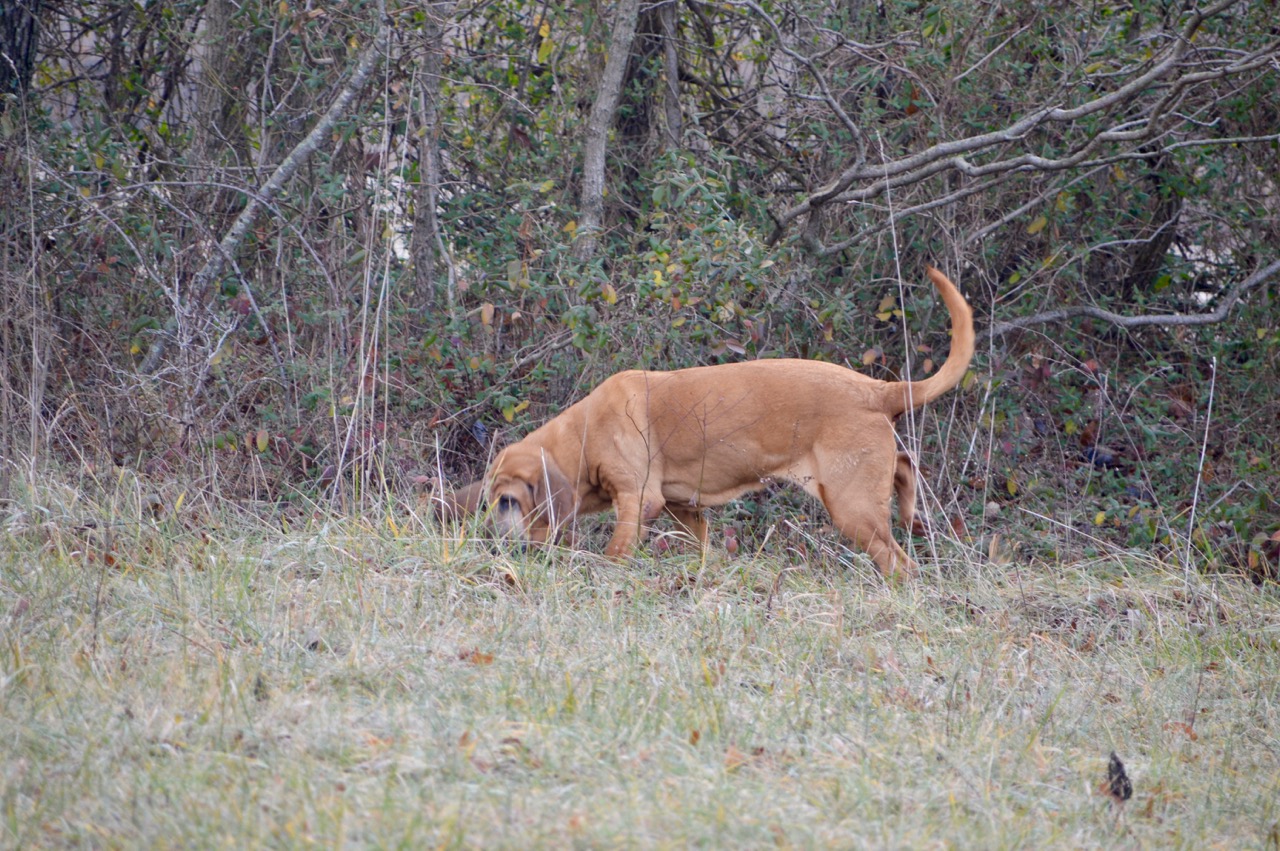 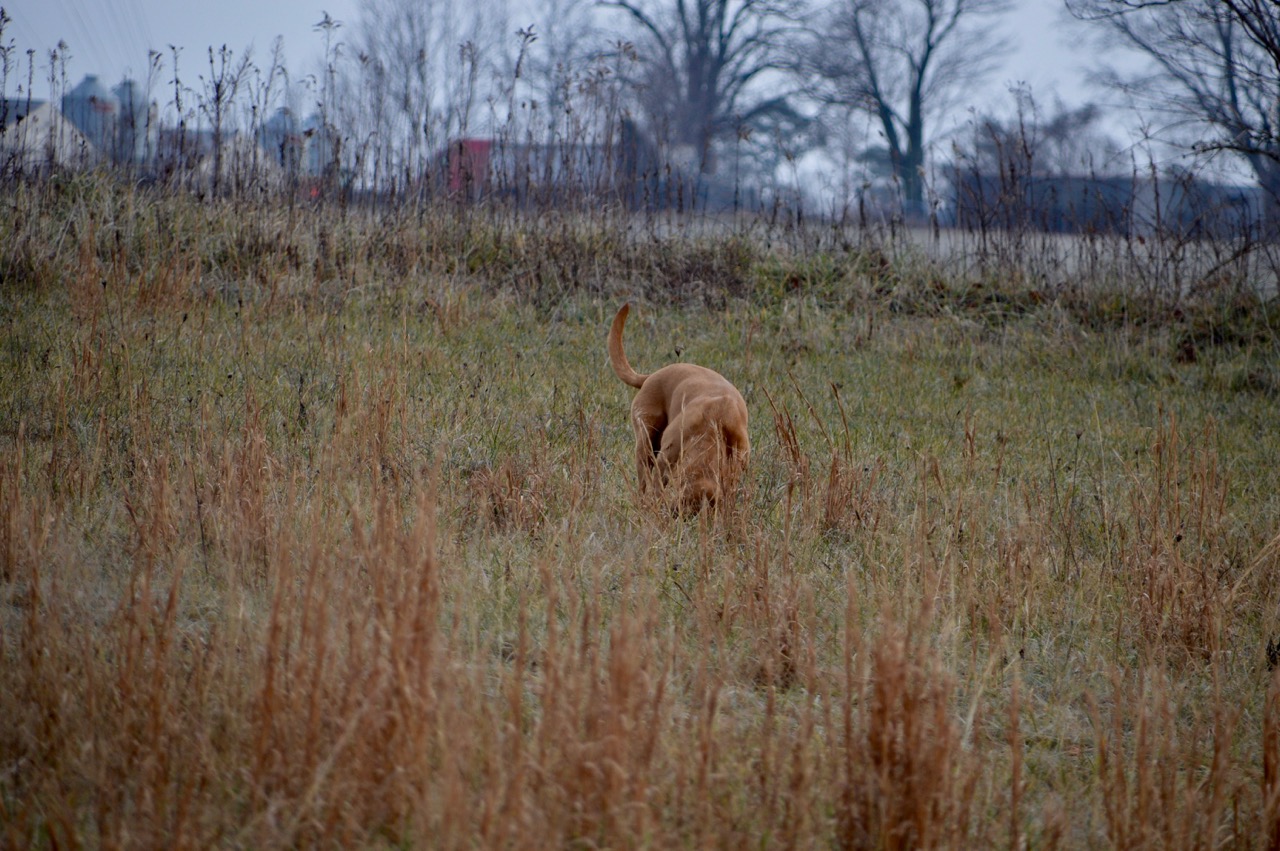 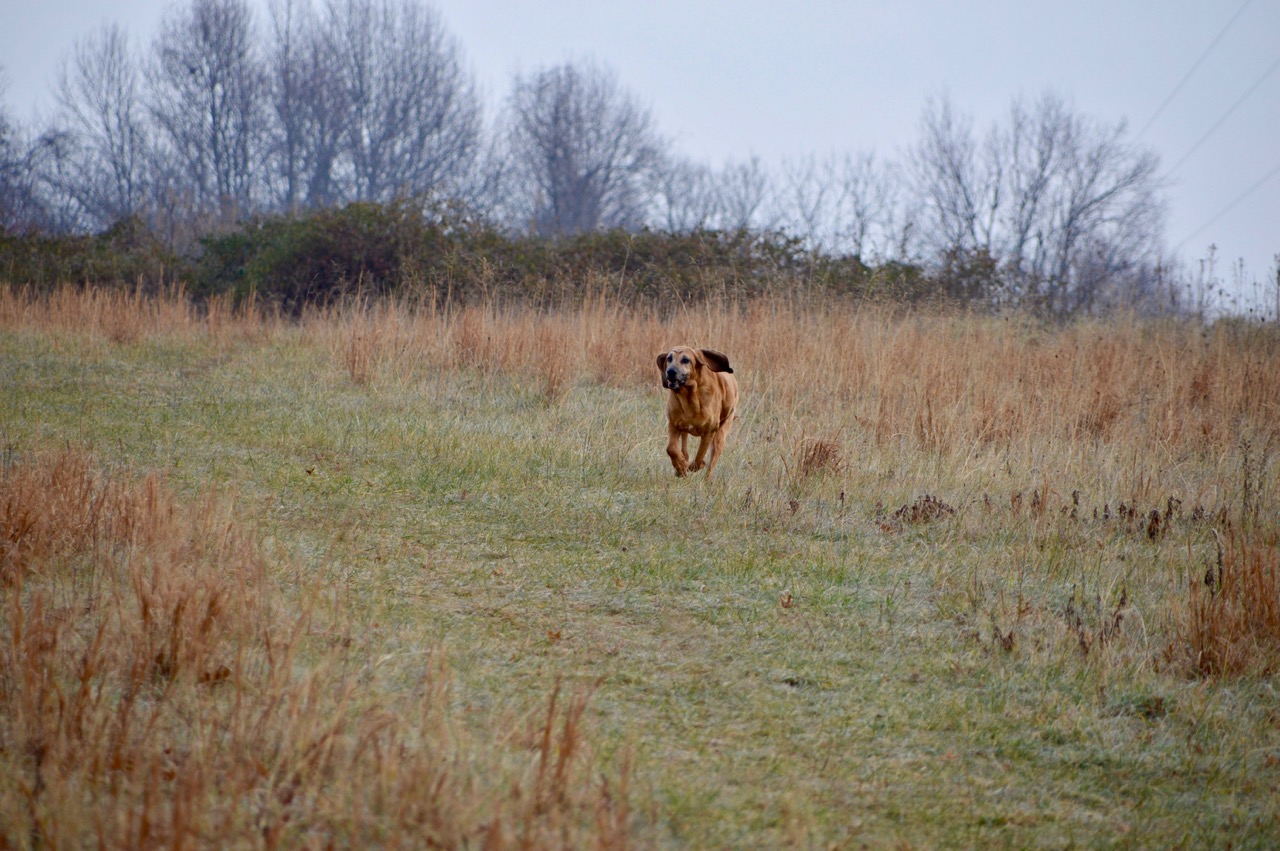 It was time to get her daily running in. She lifted her head and saw how far ahead I was and took off sprinting. She ran right past me and never stopped until I yelled "find Stella". 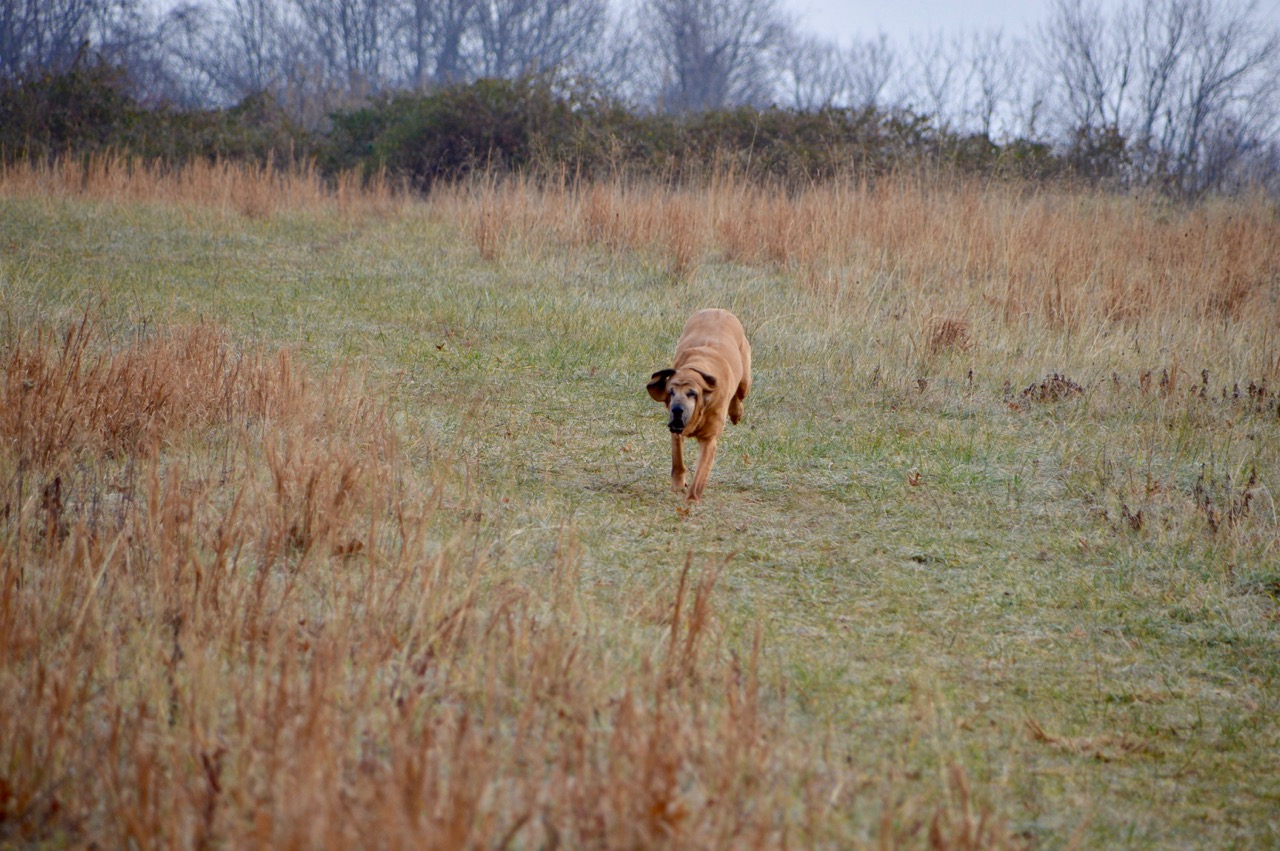 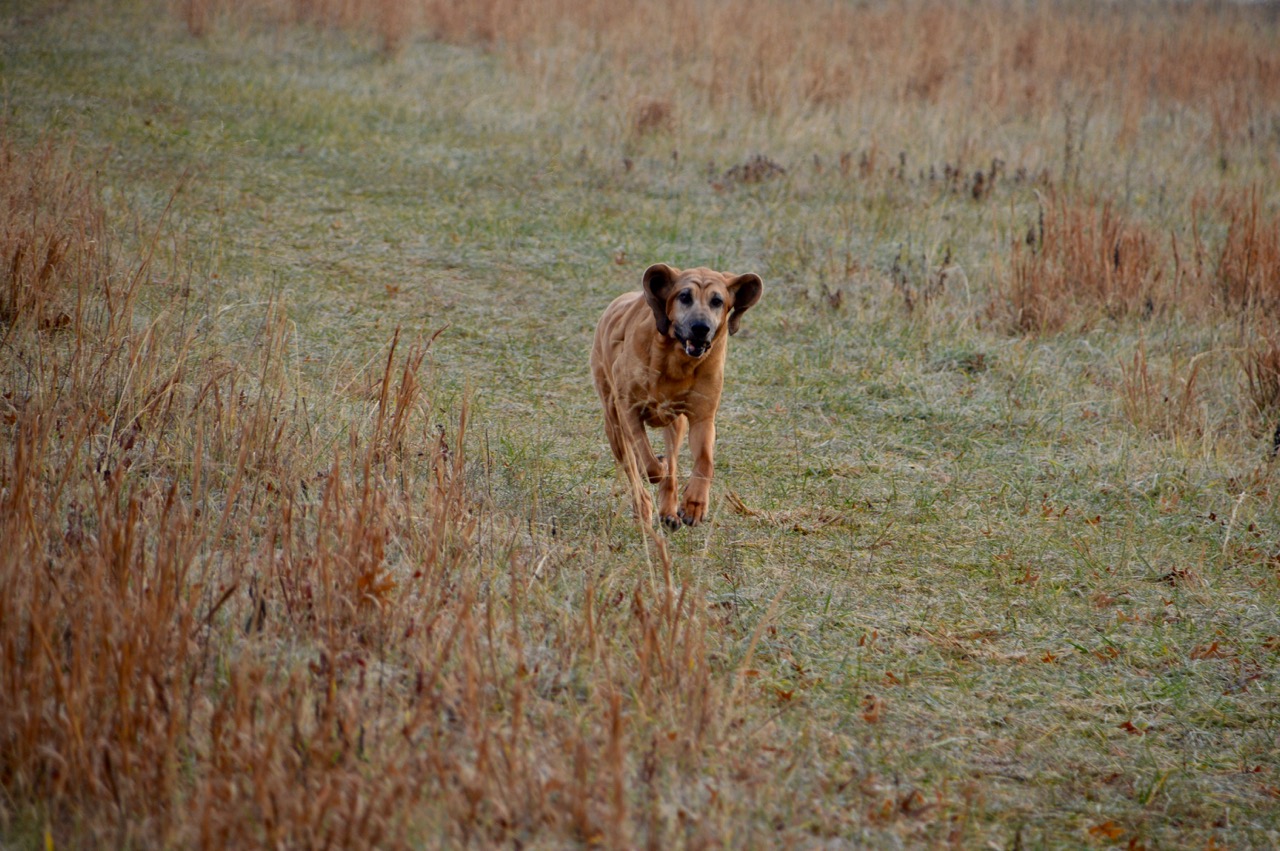 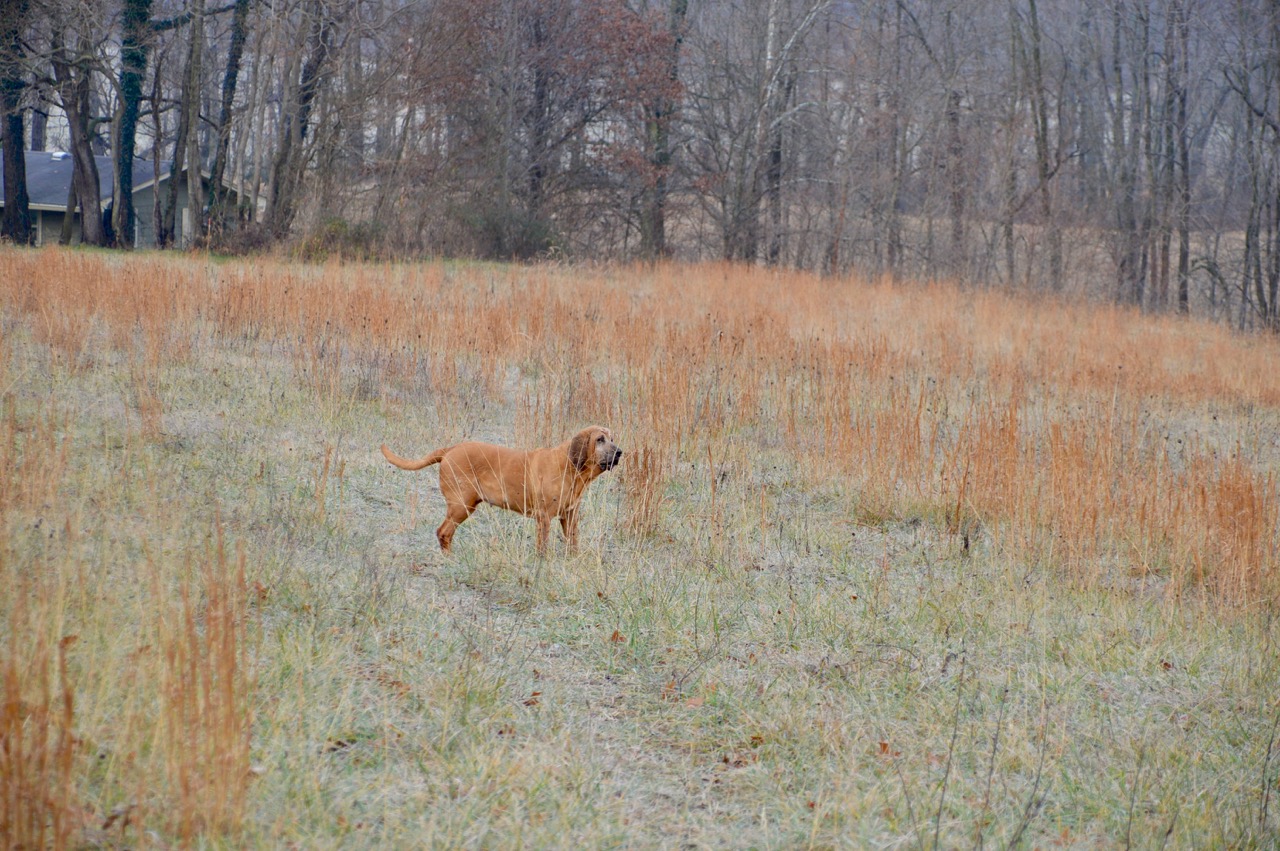 She wasn't looking in the right direction but her nose was picking up where Stella was, which was behind her. 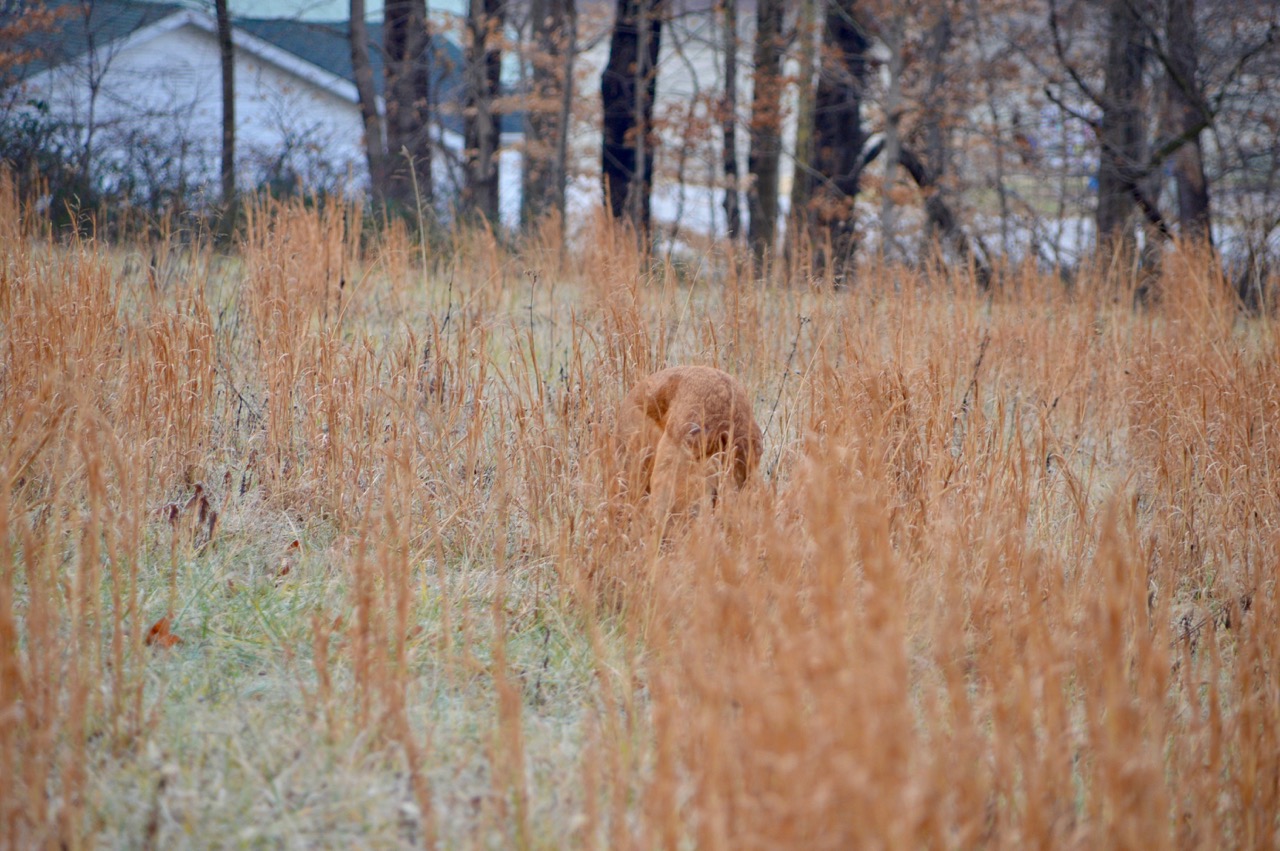 I doubt that Stella moved more than 5' the whole time we were gone. For some strange reason when I called her name, she immediately trotted over to the path and headed home out in front of Sadie and I. I was unable to record the historic event with my camera ... I was in shock and couldn't move. 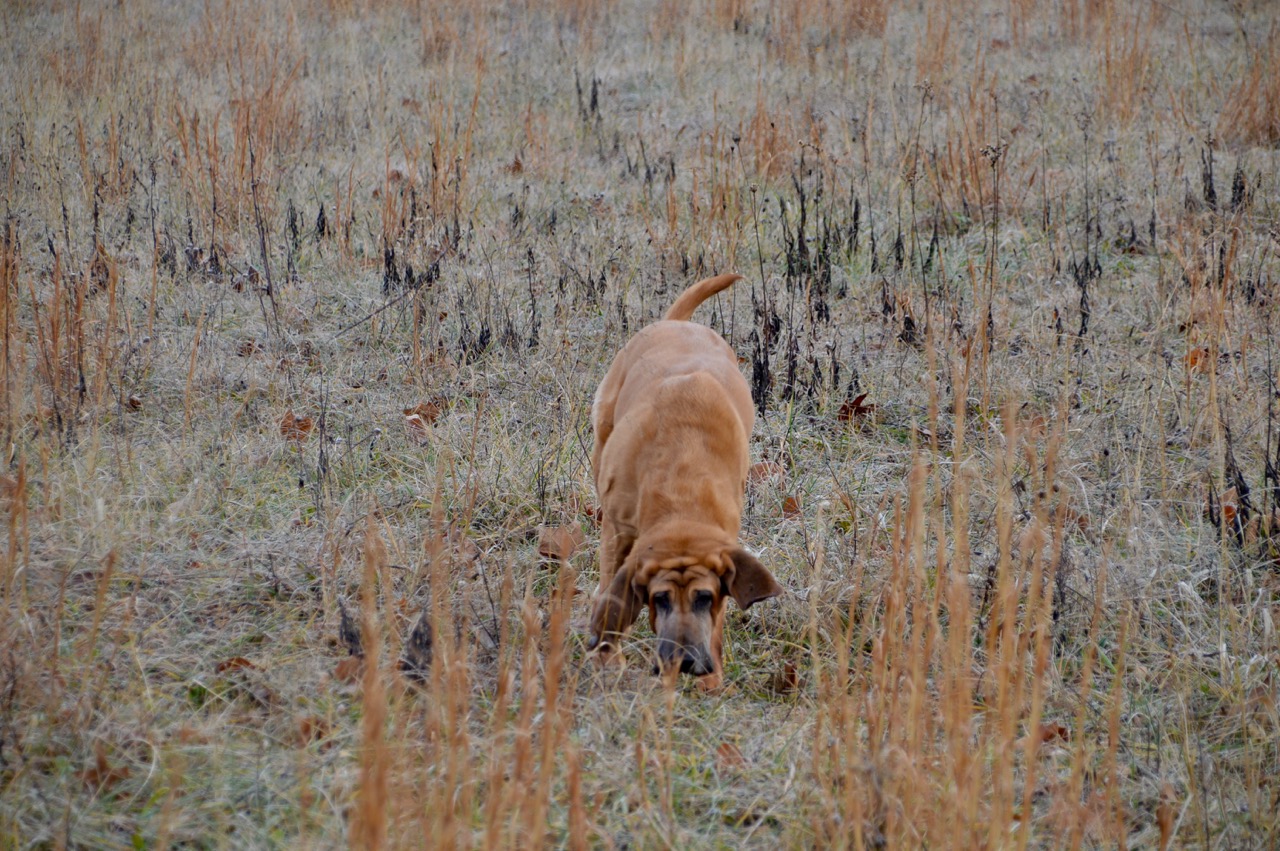 Sadie wasn't finished though. She explored all the way to the yard, one inch at a time. 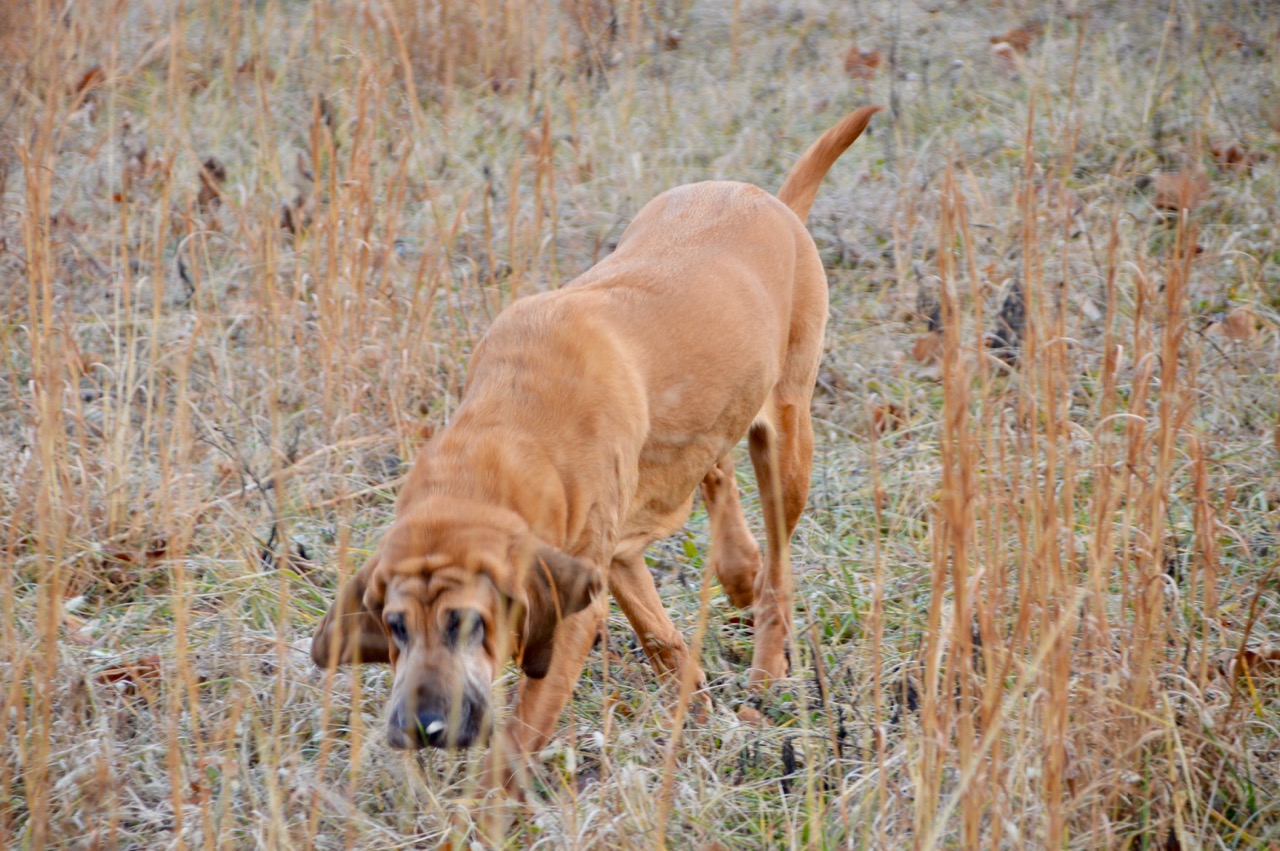 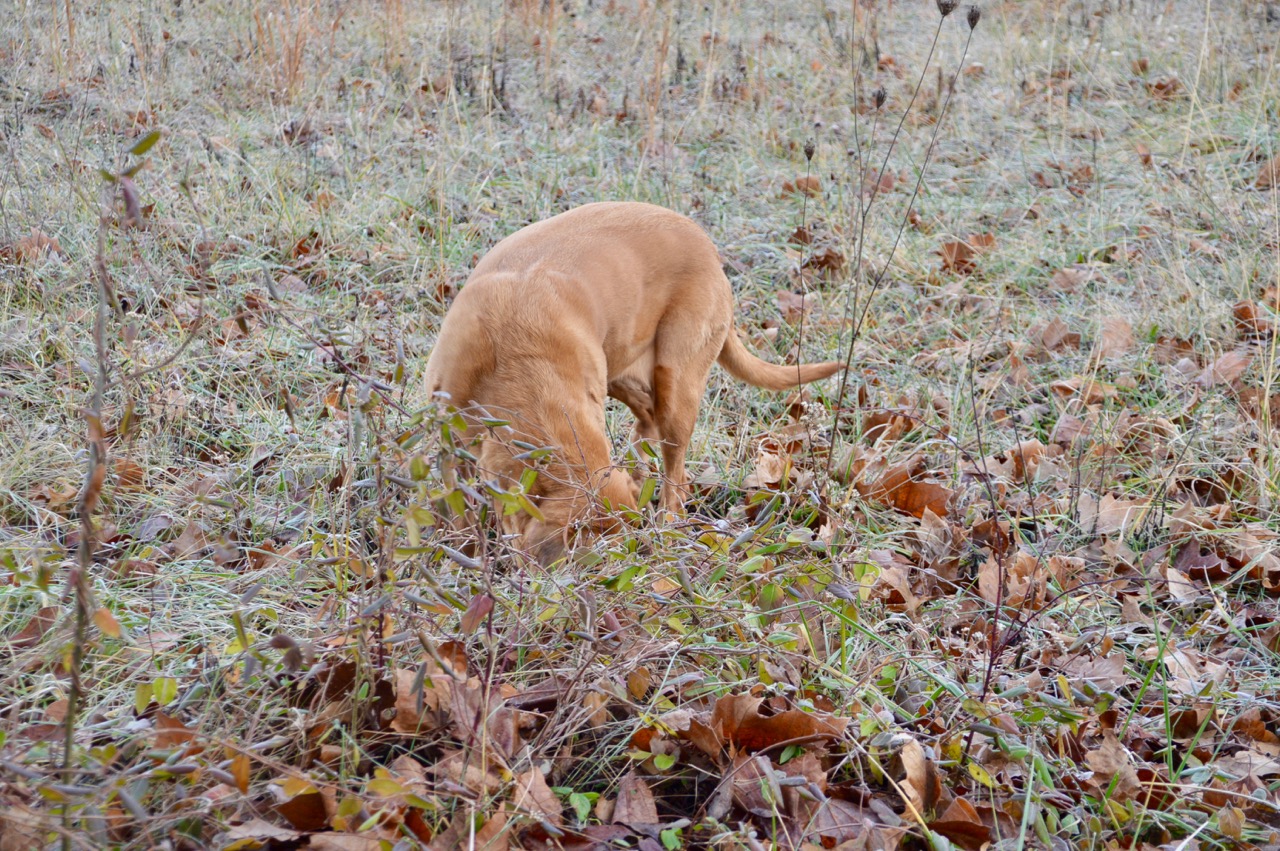 It's always fun to go back in the blog to this same time in previous years to see what was written. In my case, things rarely change. Even a lot of the photos I take during these hound walks are always in the same areas of the field. I could expand the walk to the far edges of the 7 acres but with Stella running without a leash I am not sure I want to invite her to new areas where she might take off.

Not much else to say. IF it does snow later today I might post early tonight with photos of the snow and the hounds outside ... maybe Heidi will join us.

It's a quiet Sunday but doesn't feel like a holiday here in 'the tropics' of Southern Indiana.
at December 24, 2017