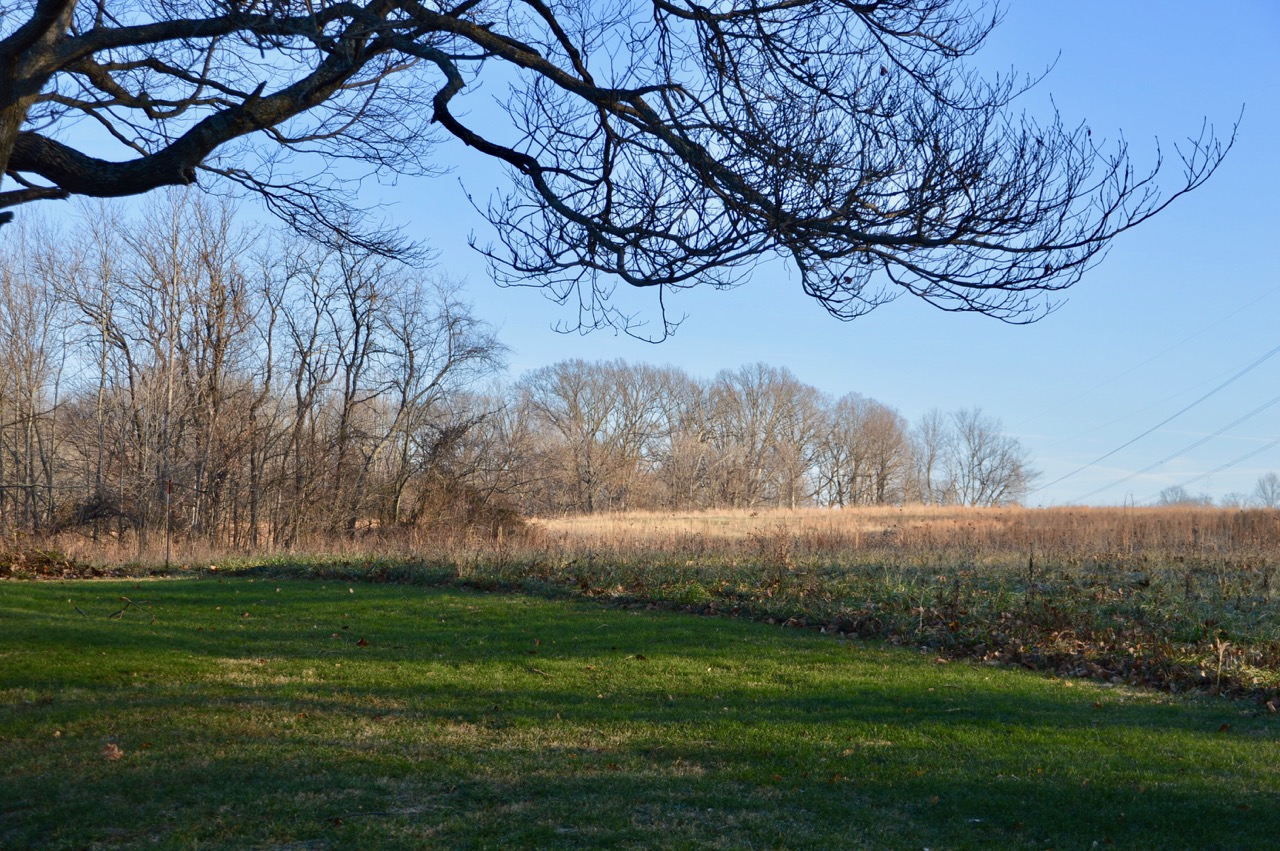 We started later this morning, so the sky was bright with sunshine and with heavy frost below my boots. I couldn't believe I was seeing a high of 54° today on Wunderground and only 4 days before Christmas. We will enjoy another day of 56° before it turns cold on Monday. I like winters like this. 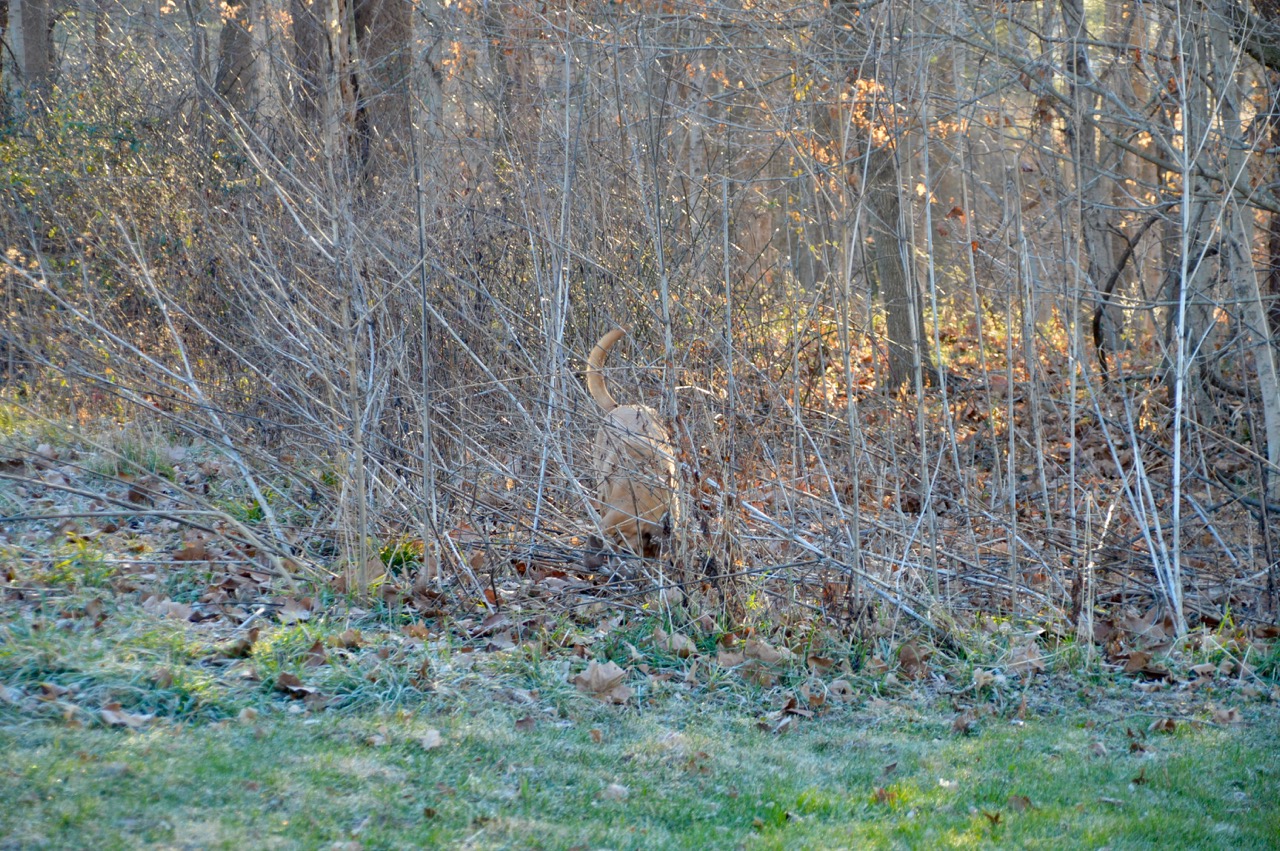 That doesn't mean that Heidi will change her early morning schedule but I have to guess she will be outside with us this afternoon after the temps near 50°. Obviously there is something that visits this area at night just behind and to the left of the burn pile. This morning it was Sadie checking it out, yesterday Stella was very interested in that same spot. 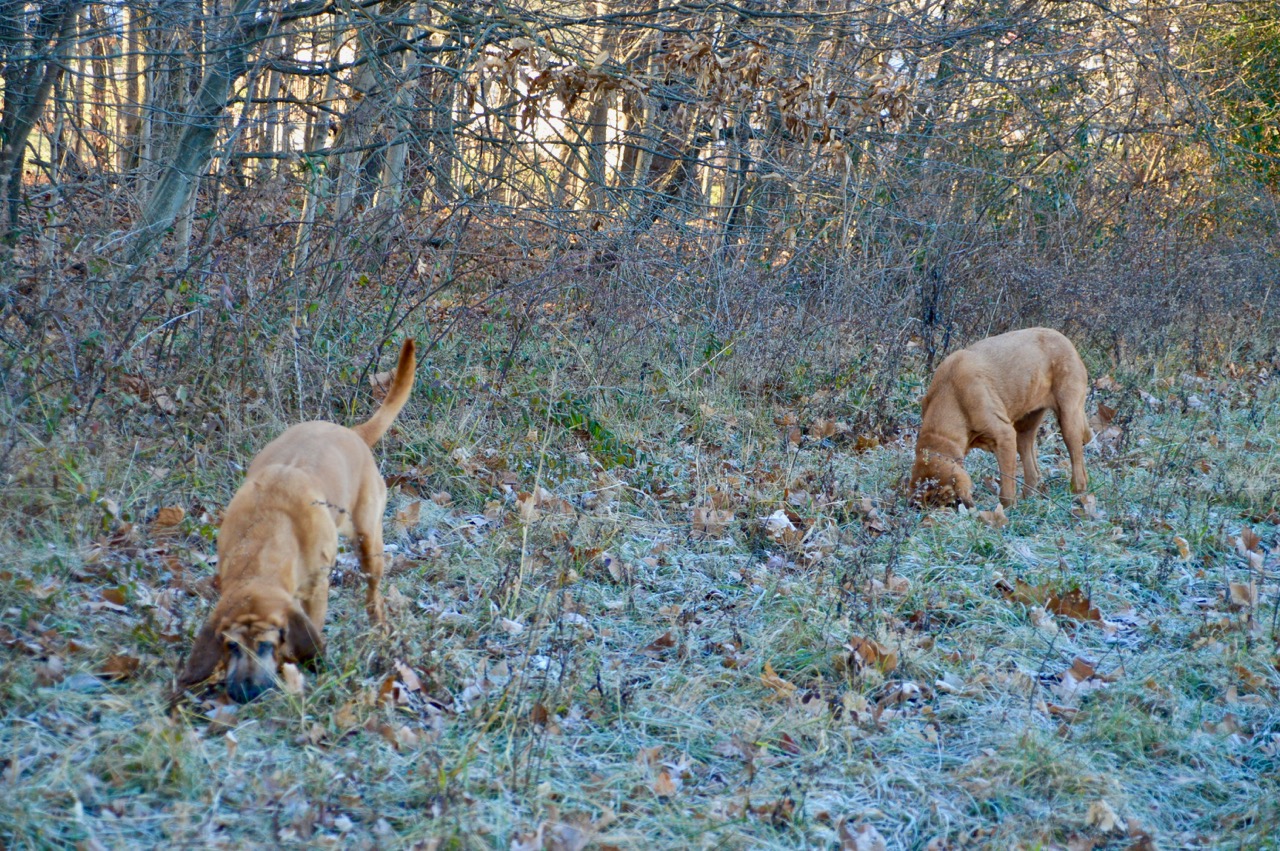 It makes a world of difference when there is no wind. I think that applies under any weather conditions in any part of the USA. In the winters here, the wind can play a major factor in if you are freezing or comfortable outside on these walks. Of course it makes no difference to the bloodhounds. 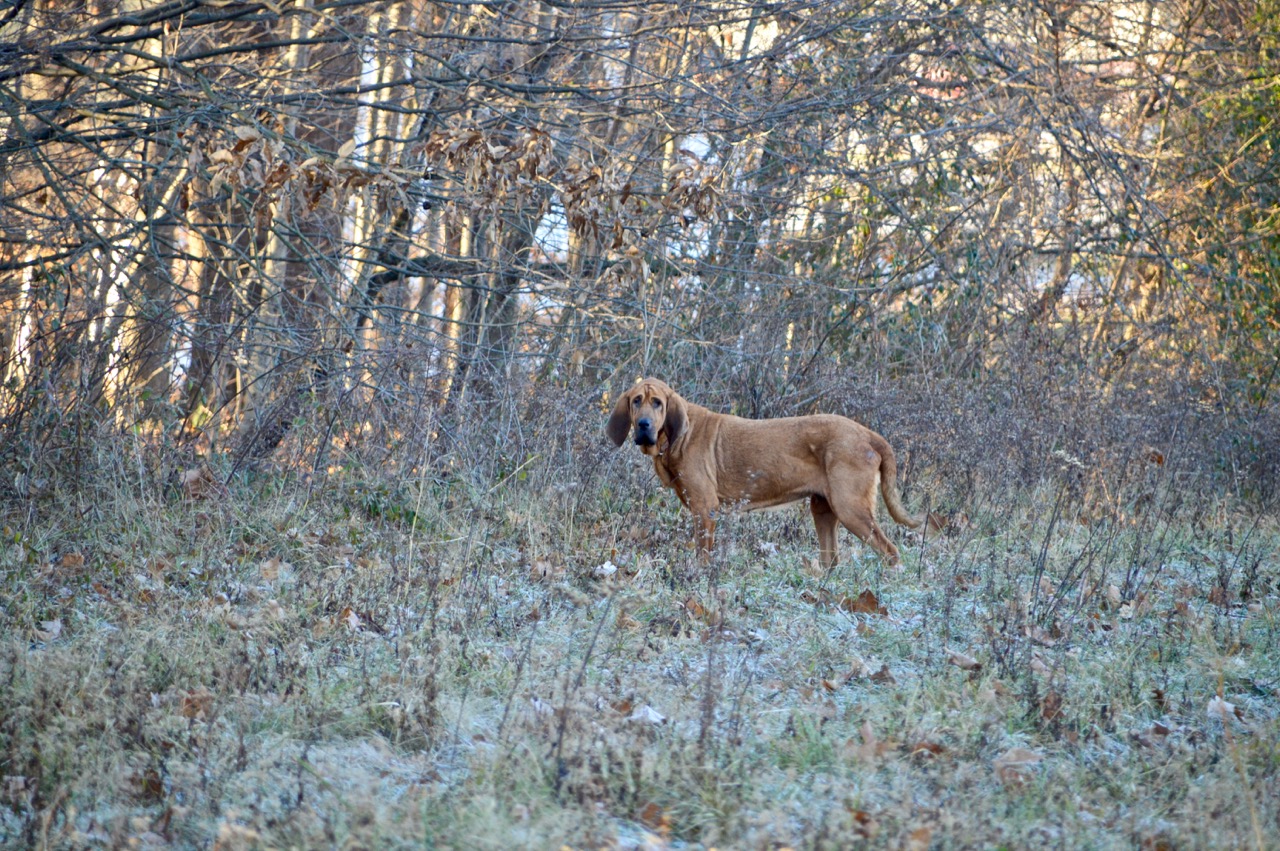 I knew before this but Stella gave me a look of confirmation that she wasn't moving today and she would be on her own. At the same time Sadie was sprinting as fast as she could around the first turn, she had places to go unlike Stella. 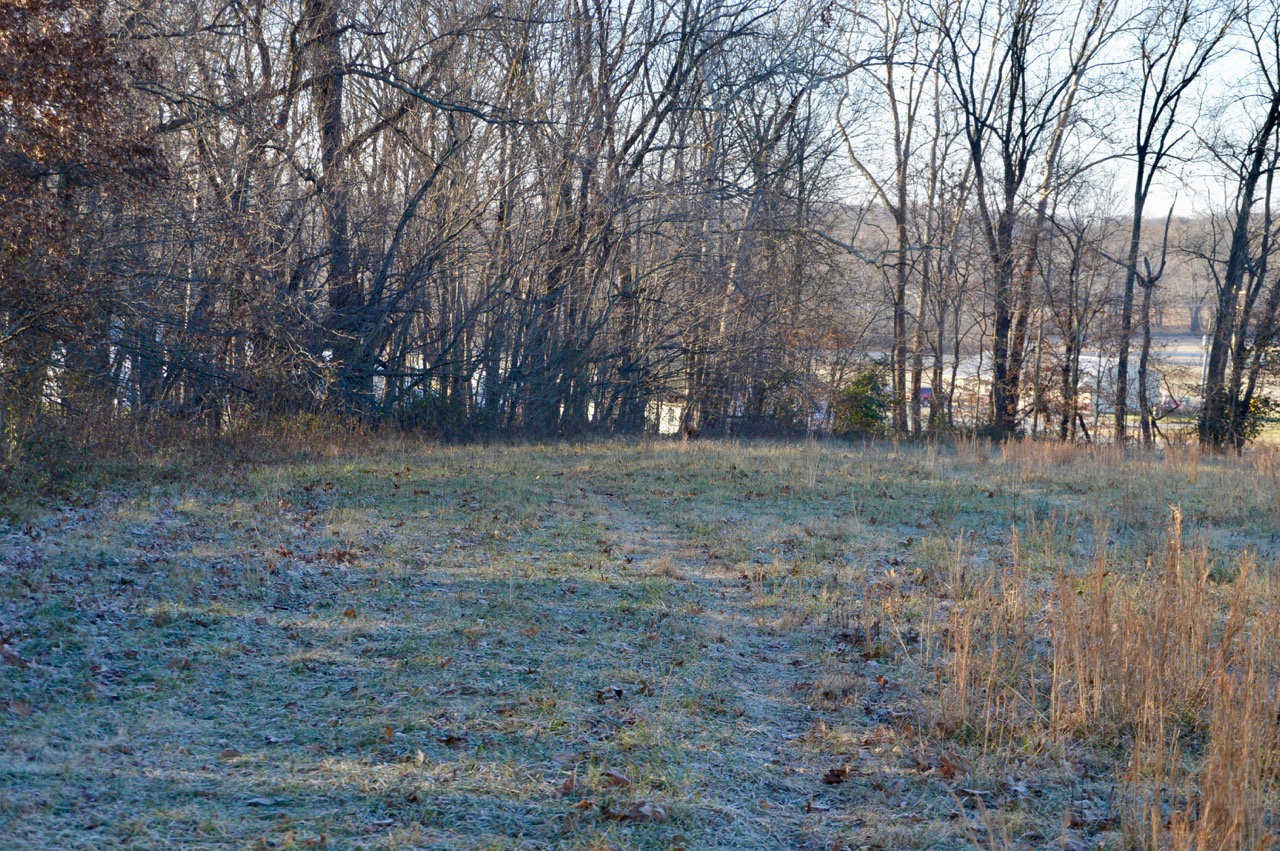 One last check on Stella before I walked out of view. You can barely see her in the middle of the photo. With her new routine she set last Monday I had an idea we would pick her up on the way back in the field to the right of our alternate path. Just a hunch. 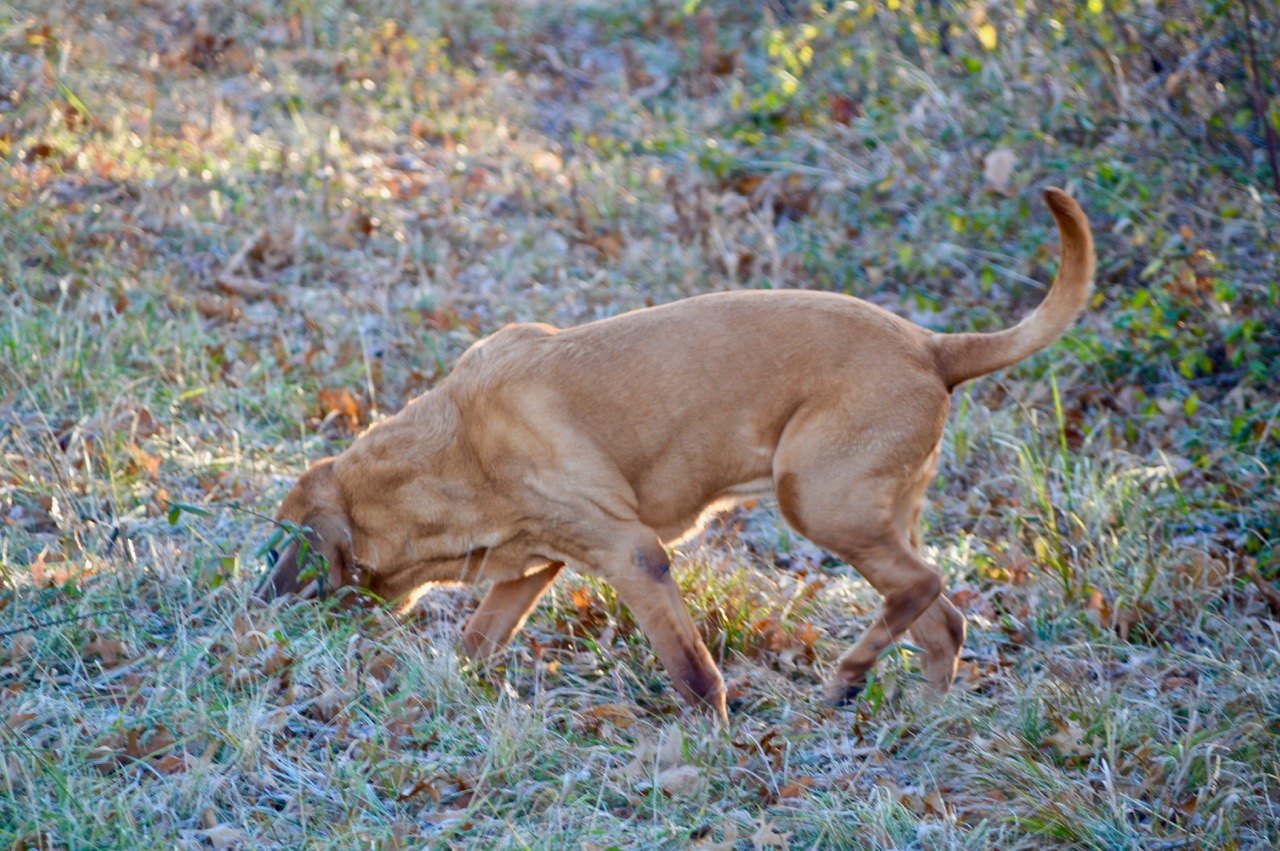 Sadie was moving her nose through the tall grass and her jowls making noises as she inhaled as much scent as possible. Her nose was getting a good workout this morning. 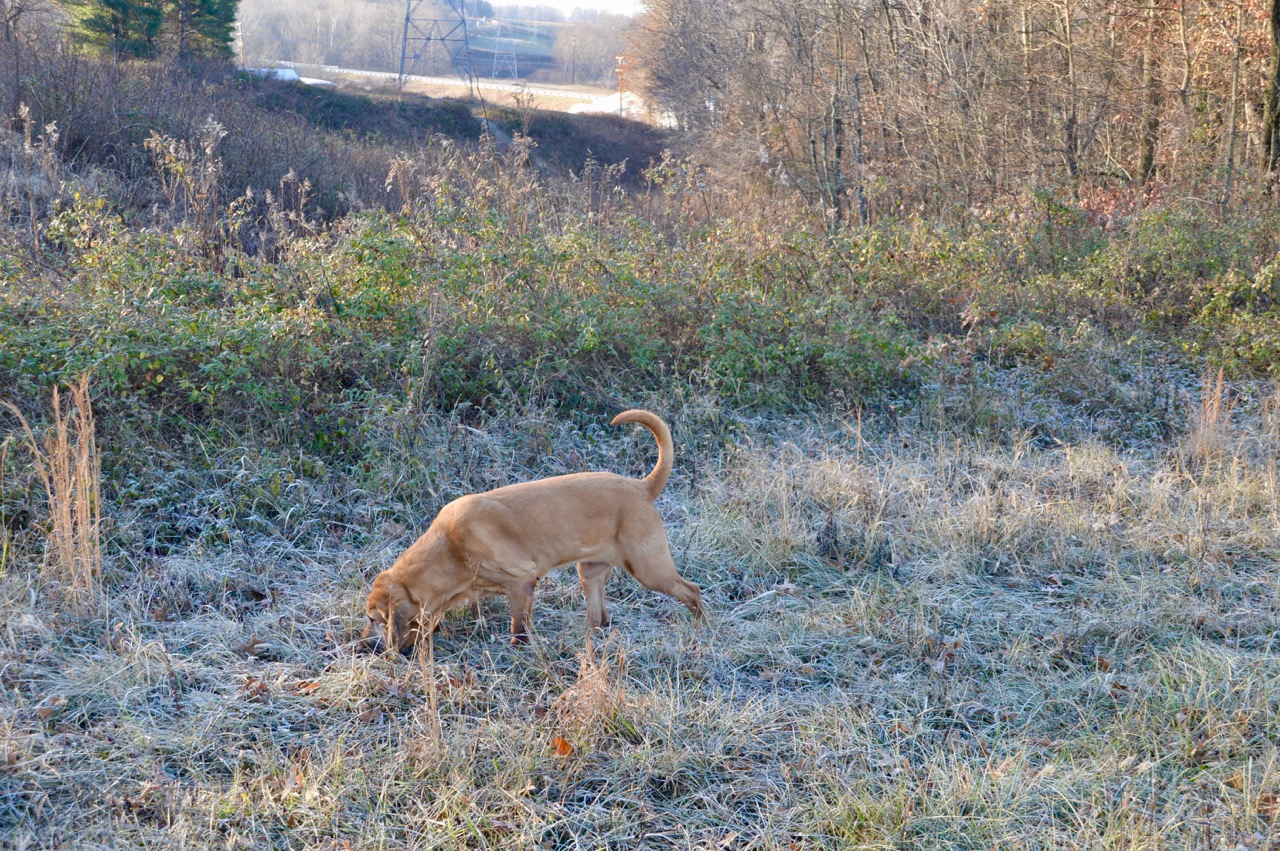 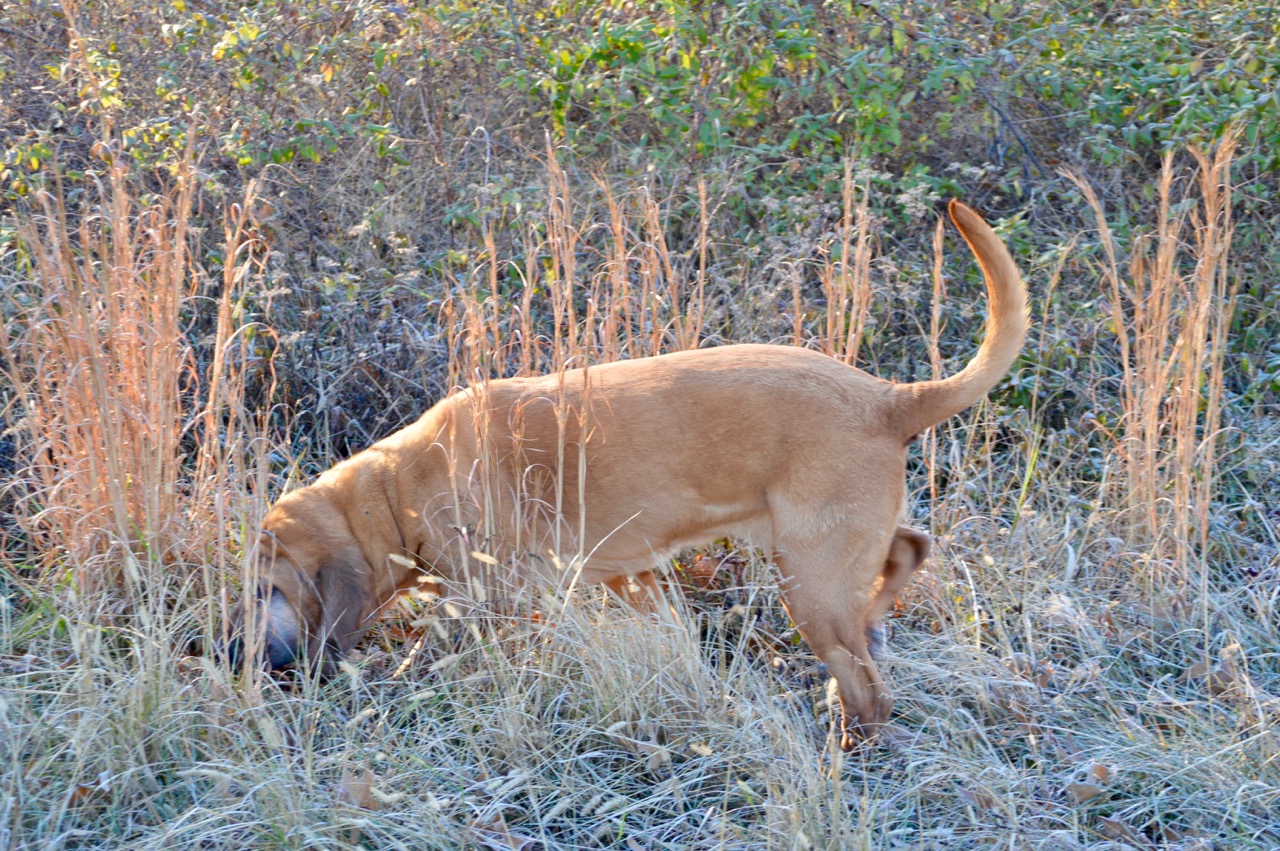 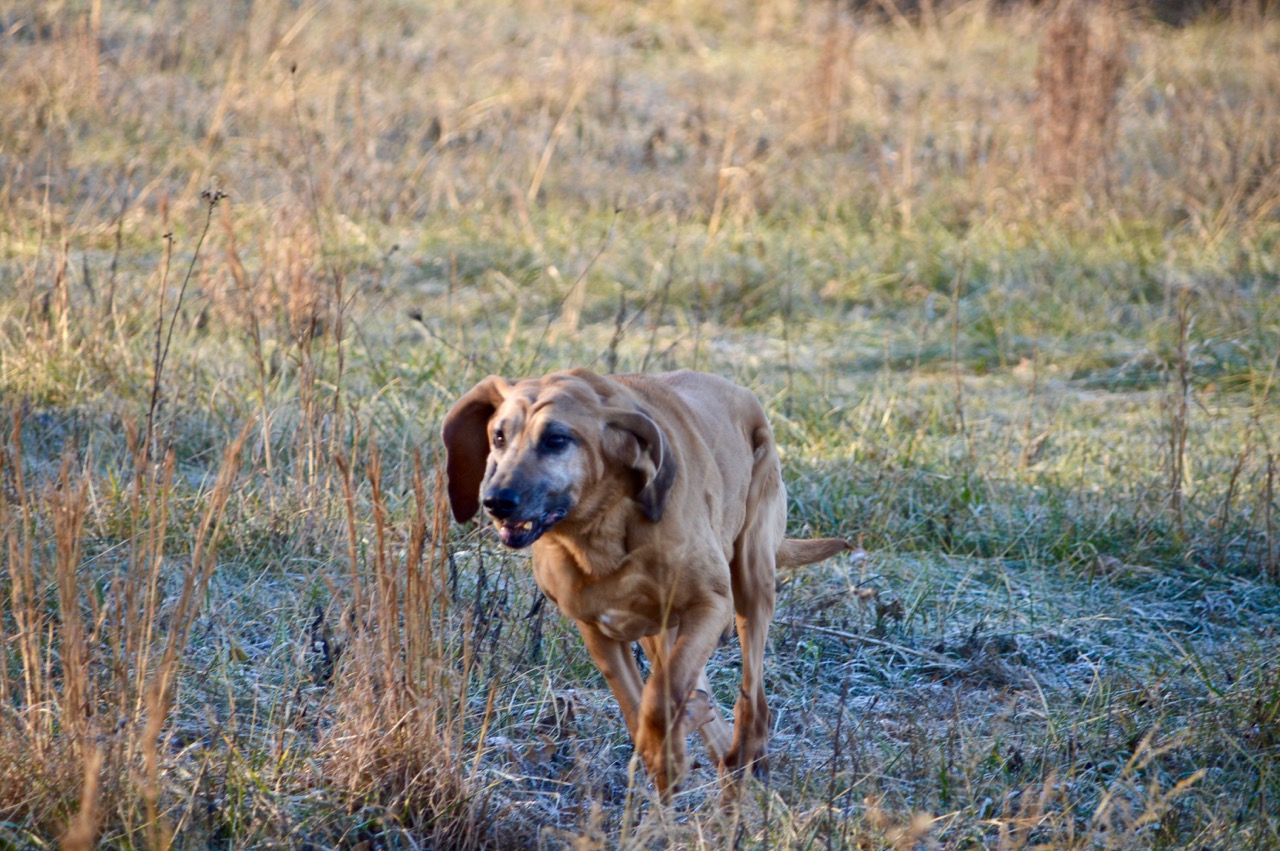 I caught Sadie just as she started to run to catch up with me. I thought I had caught her with ears up and flying but she was so fast I caught her ears as they were falling as she was ending her run. She will get a couple of full speed sprints in every walk she takes. Not bad for being over 9 years old. 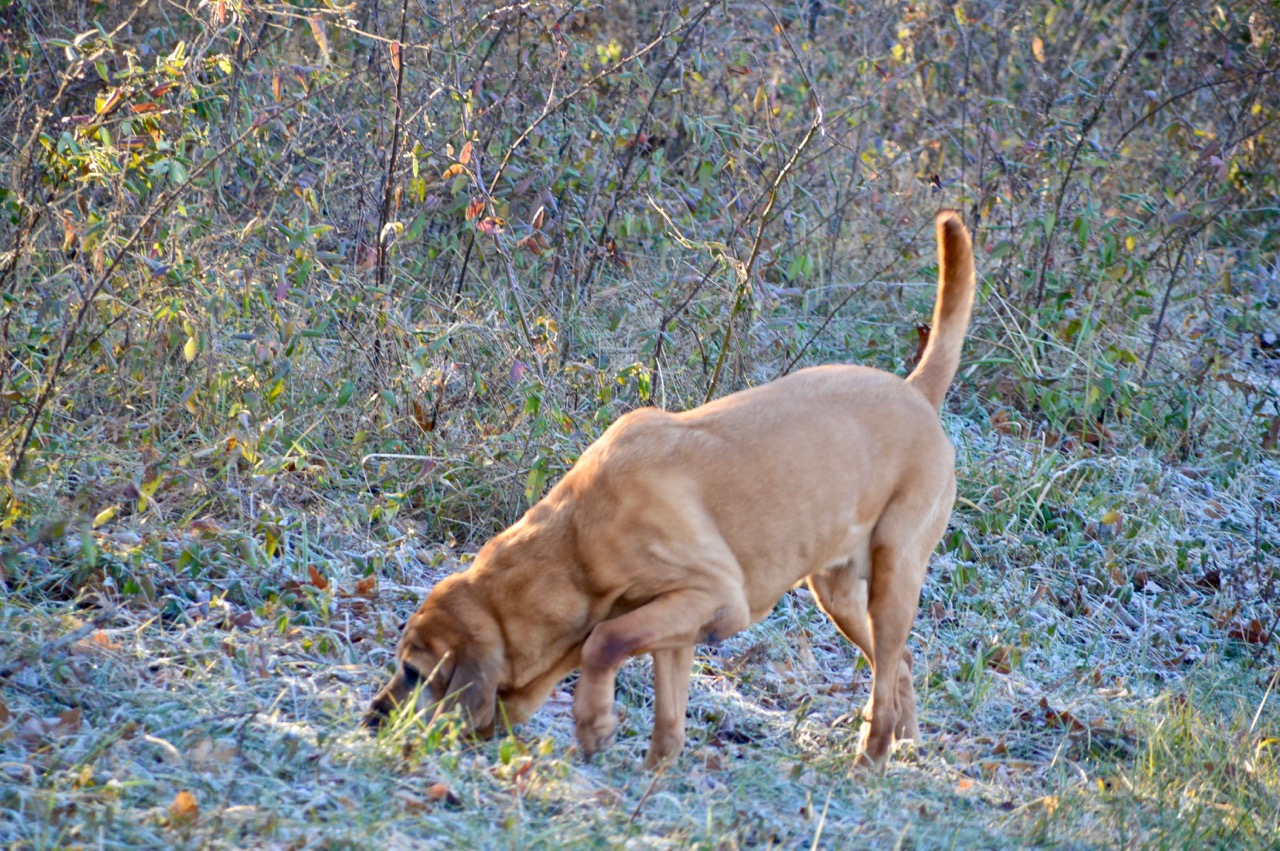 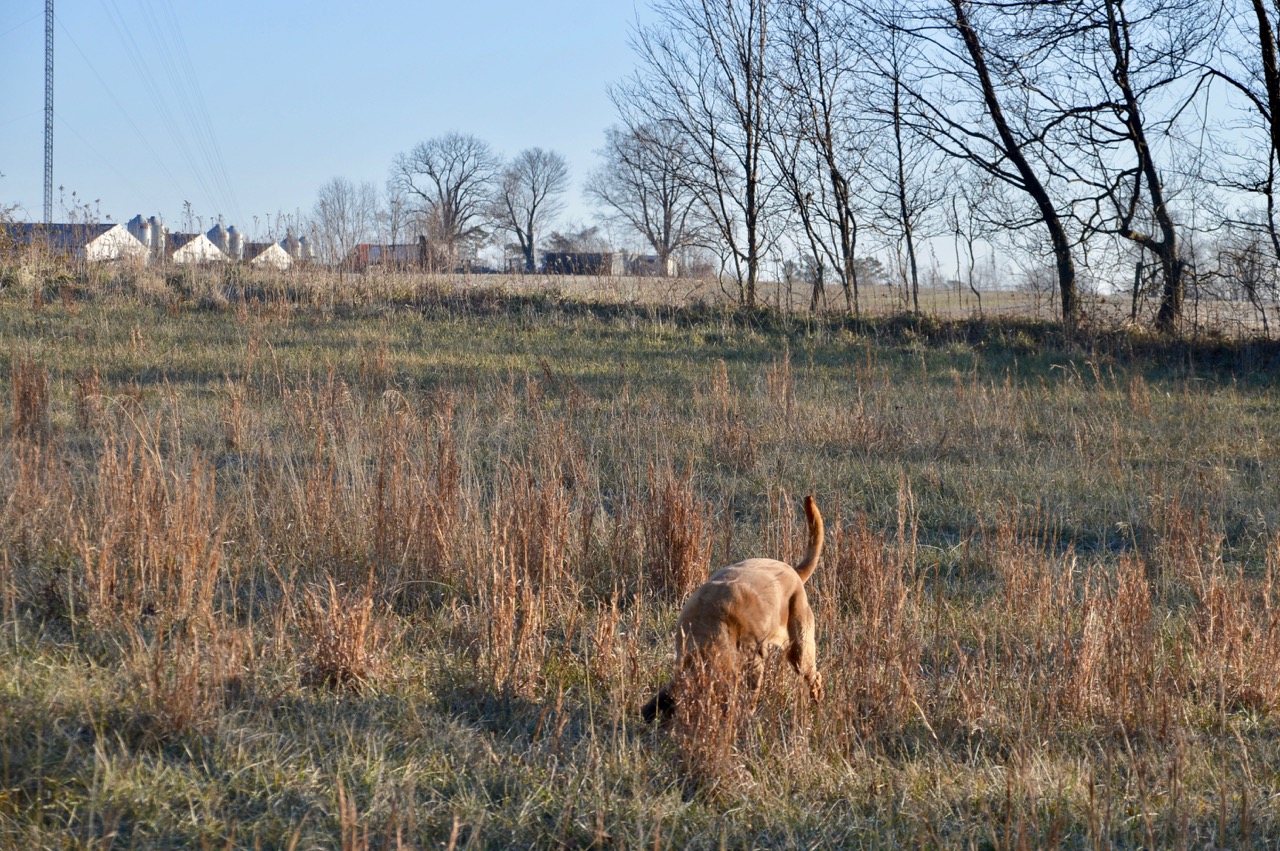 I was focused more on the hound with the turkey farm as a background but not until I was looking at the photos after downloading them, did I realize the AT&T tower was straight in my picture. No adjustments were needed to have the tower standing straight in my photo. 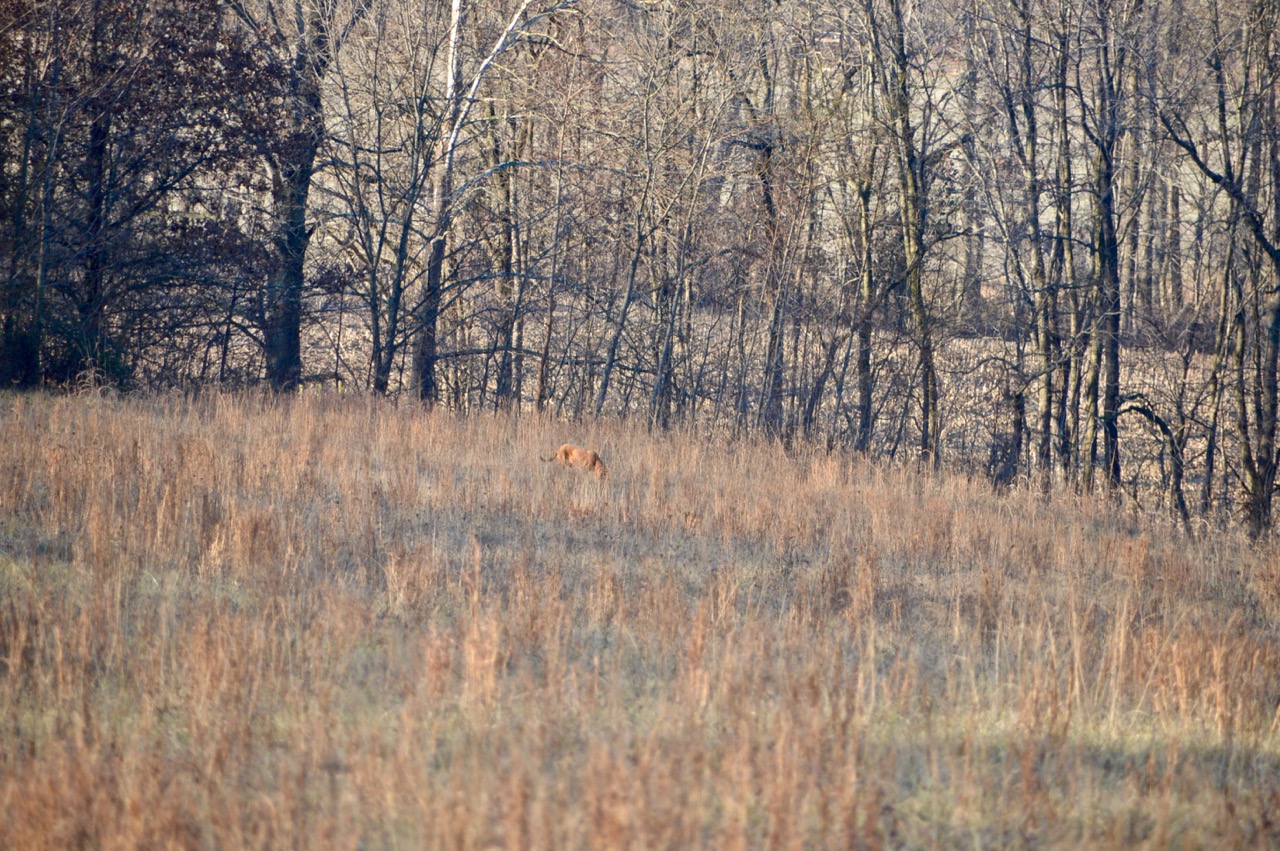 Heading back to the house, up in the distance I could see something moving and my camera lens confirmed that Stella was walking in the same direction as she started to do this past Monday. She wasn't moving fast so it would be no problem catching up to her with my normal pace. Sadie would look for Stella whenever I'd mention Stella's name. 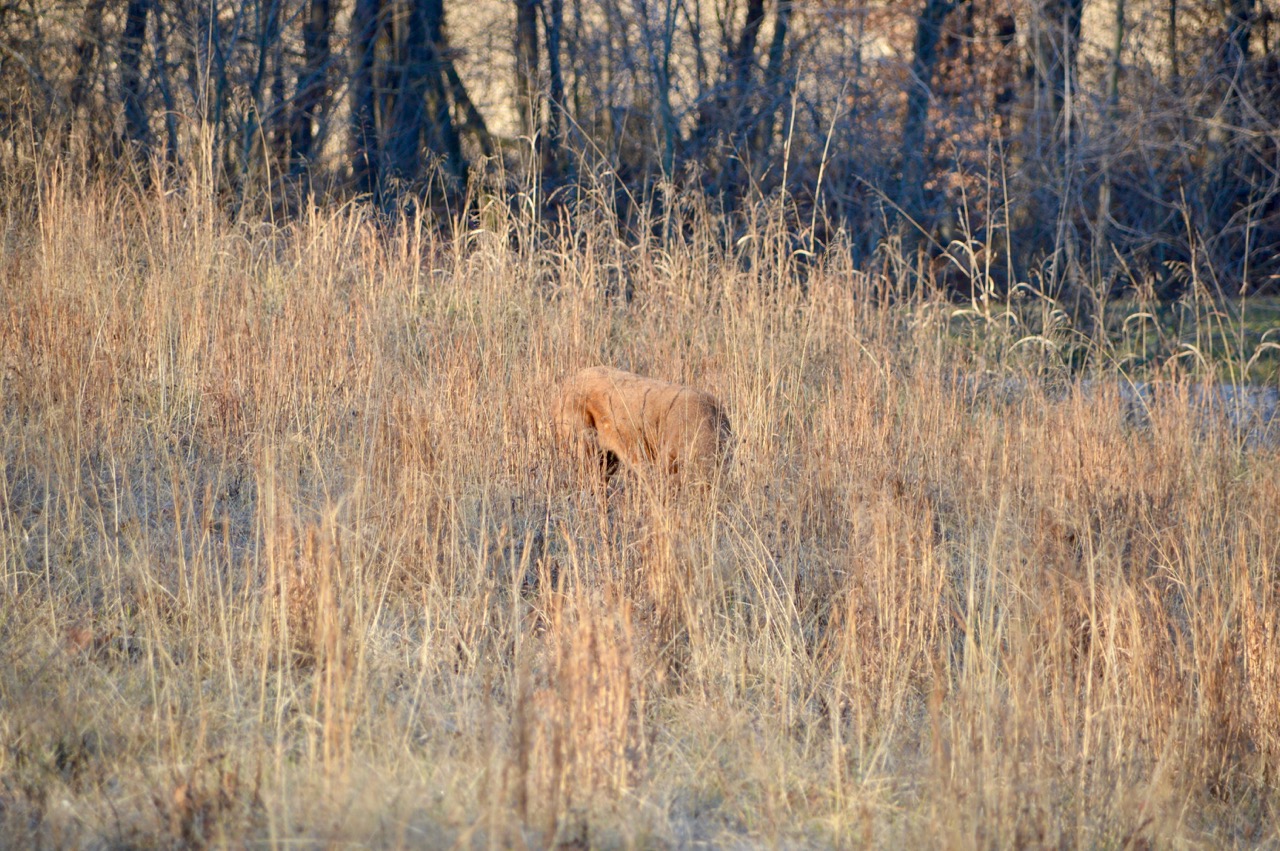 Even with the sound of a helicopter that I was still trying to find in the sky, Stella did not even lift her head to take a look. 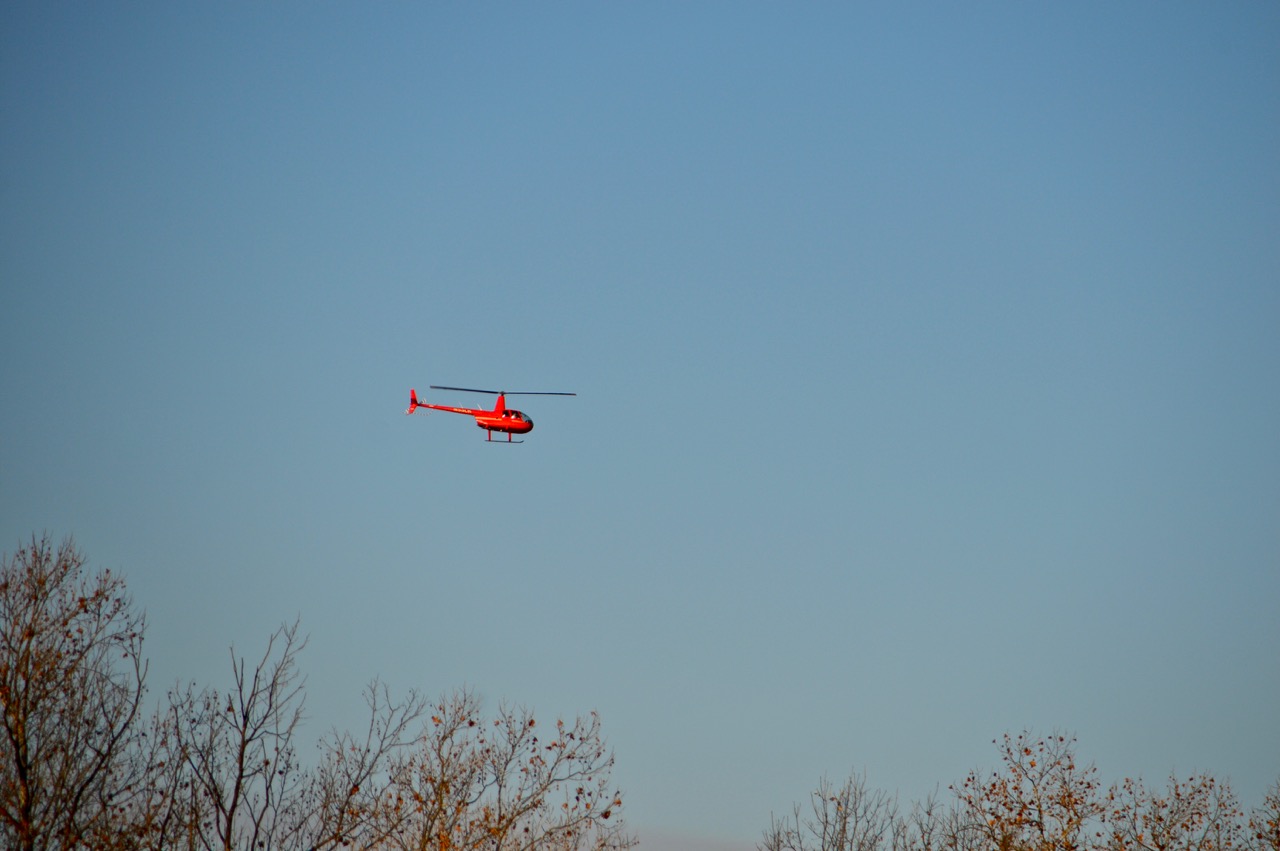 It wasn't flying directly above us but it looks like the passenger is taking a look at us. It was above the field, possibly the road behind the field across the highway from us. I've seen this same helicopter before but not often. 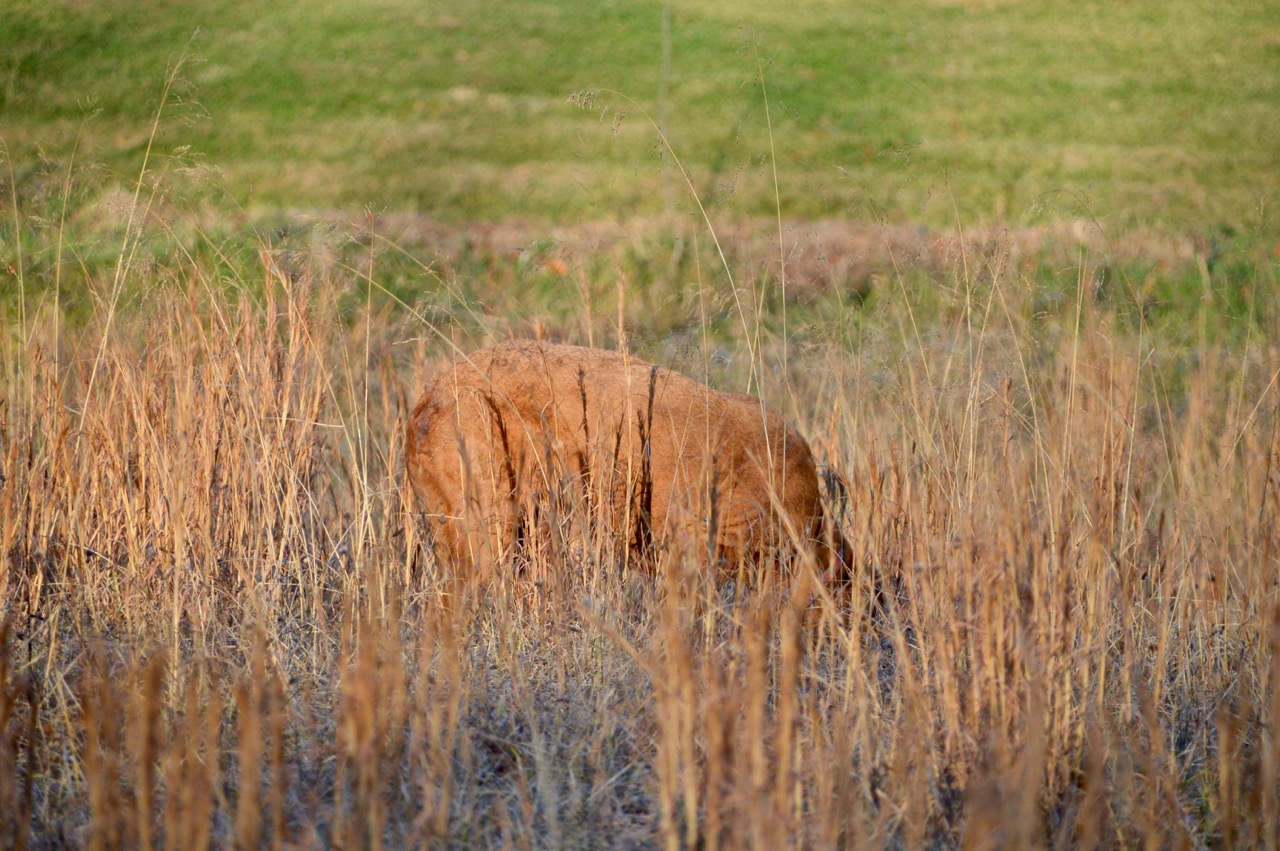 Stella was in full ignore mode today. She never moved when I called her which didn't surprise me.  Even when Sadie walked over to her, she didn't move in my direction ... so I had to go get her. 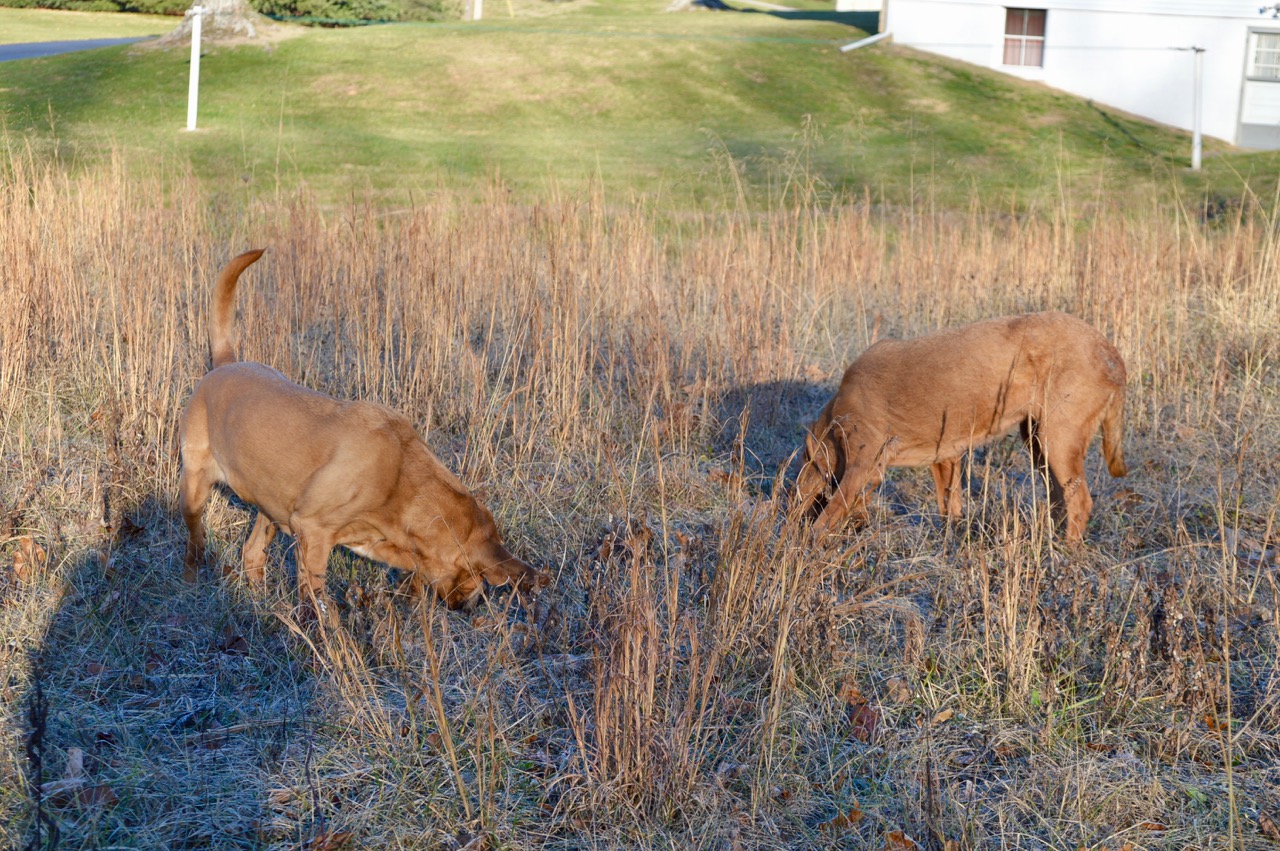 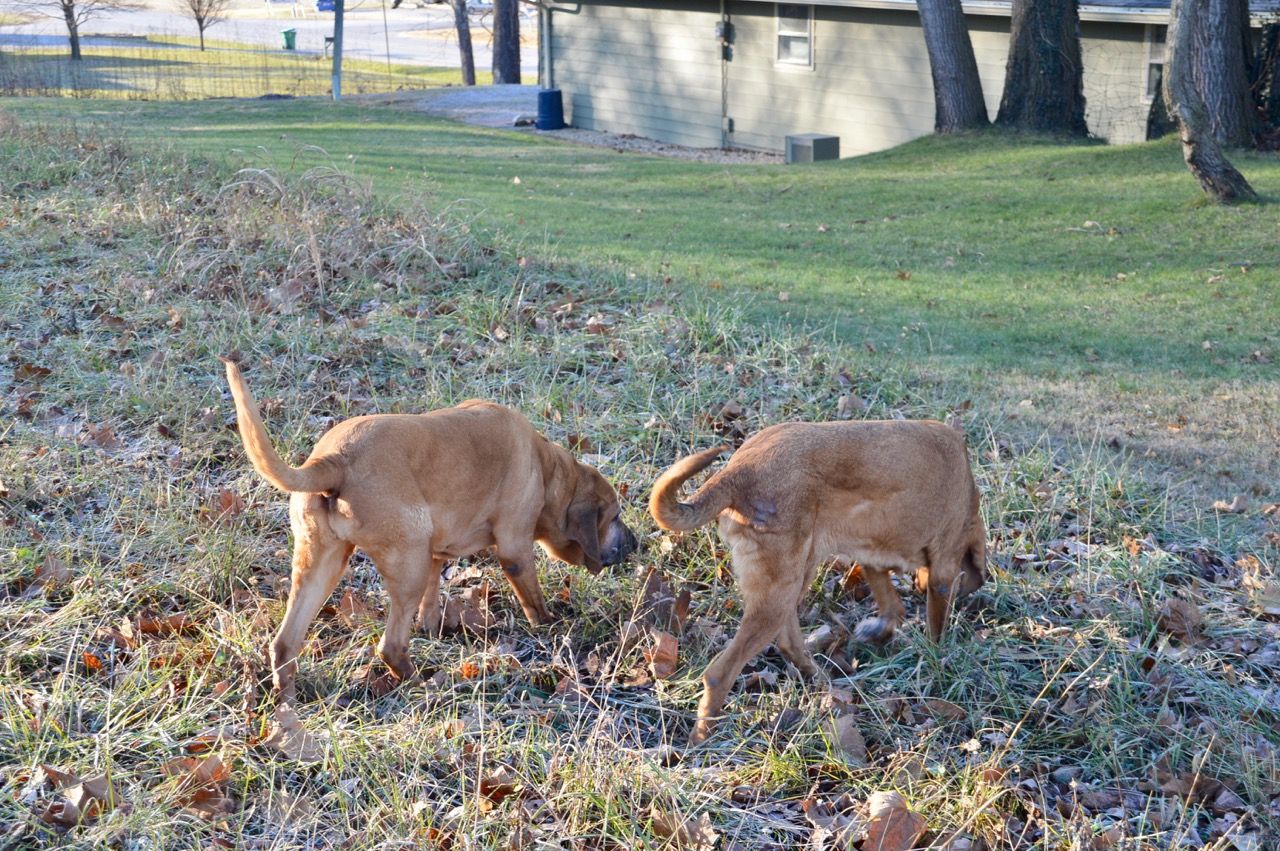 As usual, as I got near her, she and Sadie trotted toward the backyard leaving me behind. 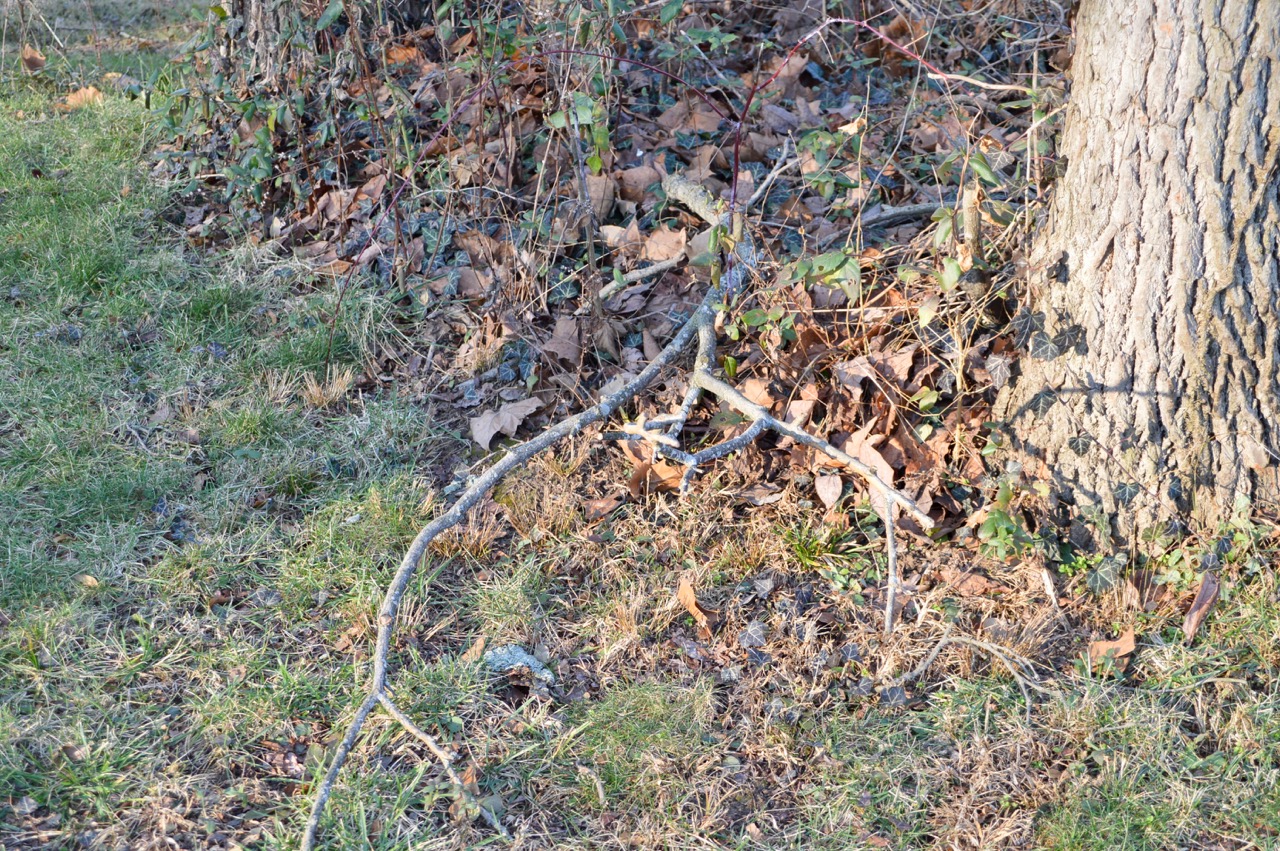 I was pretty unmotivated yesterday afternoon. I took the Z4 drive for 56 mile loop, then spent some time outside but didn't take any pictures. I let the bloodhounds roam on their own while I walked around looking at the house and yard. Heidi was standing at the door to go back inside by the time I got back to the carport. So today I plan to finally pickup tree limbs like these and add them to the '2018 Burn Pile'. There are many more in the front and backyards that are broken up. It looks like I'll have enough to come close to filling my 32gl trash can. 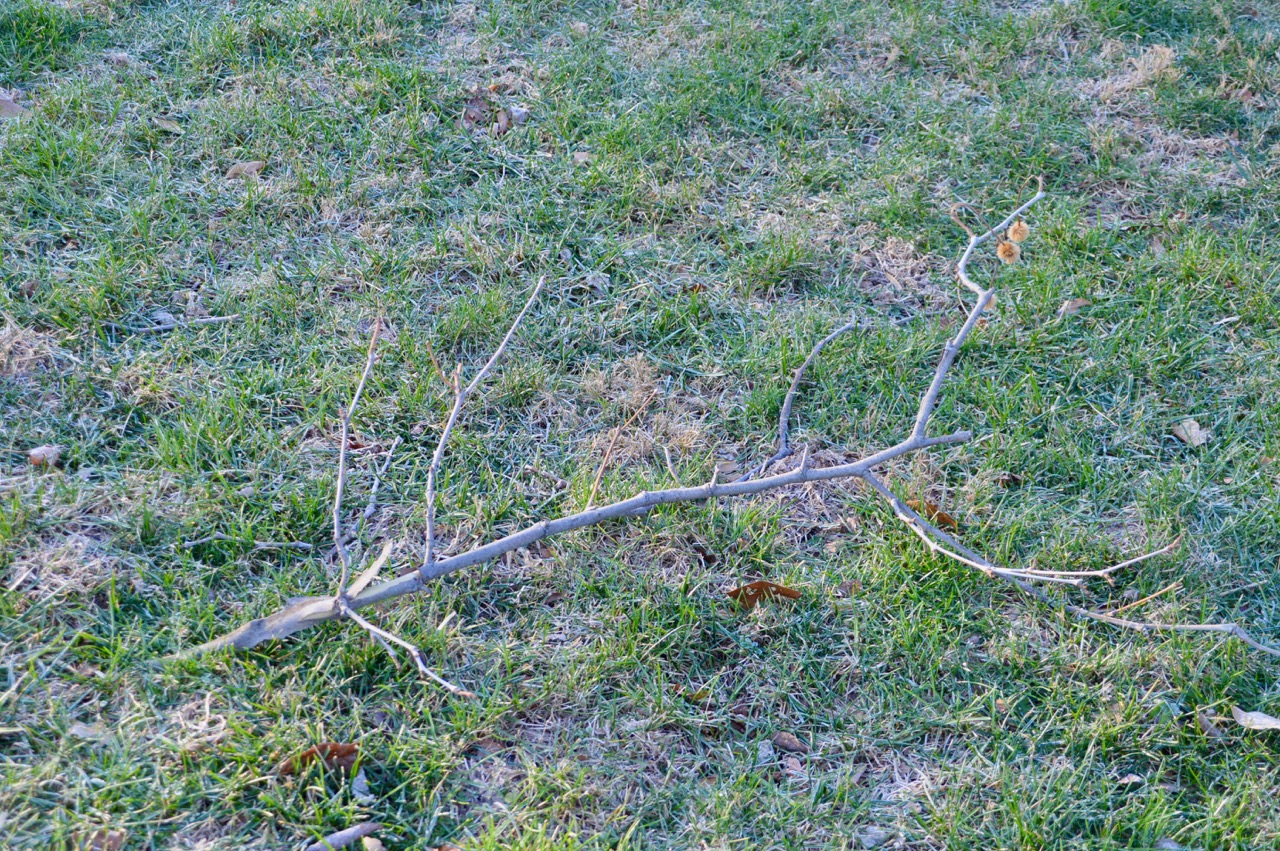 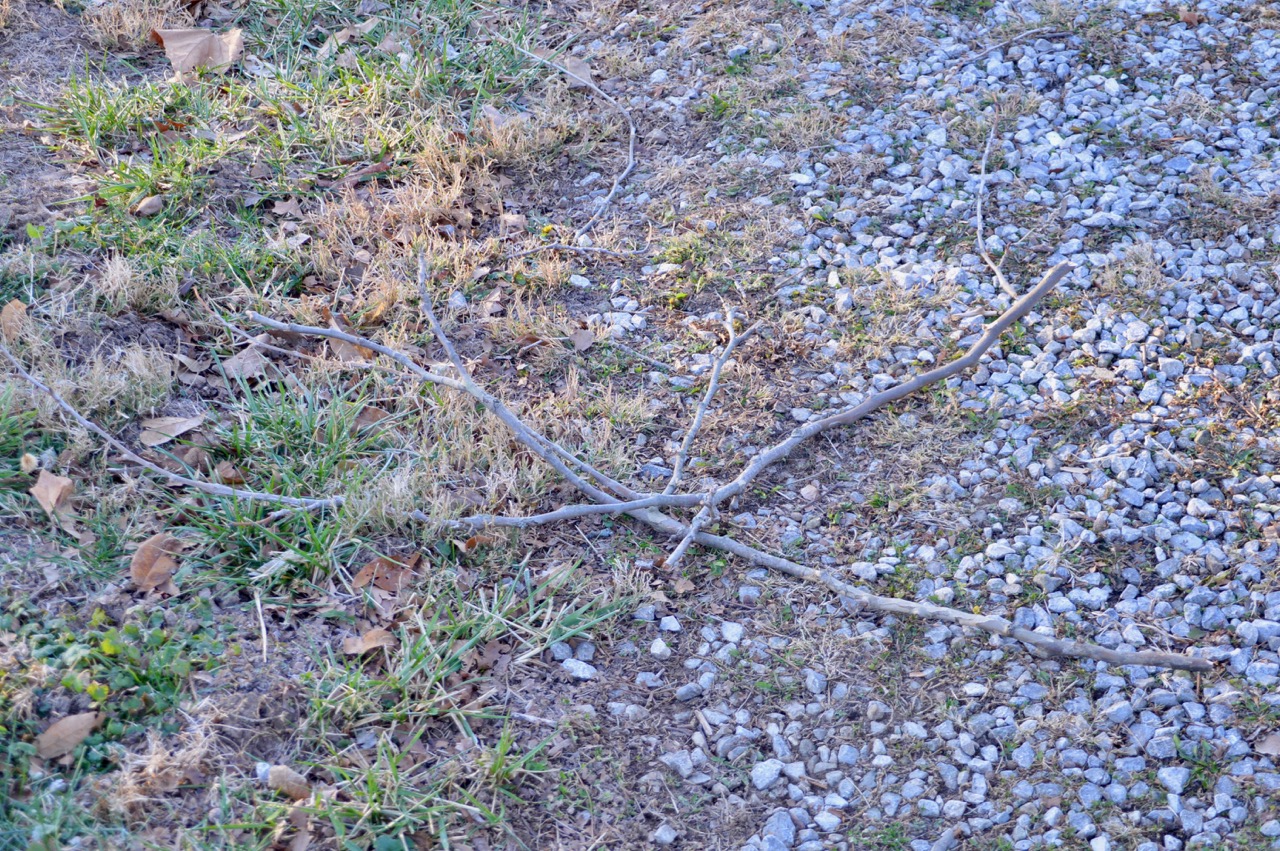 Watching one of my favorite shows last night called Homestead Rescue, I found out here at home I had made a big mistake last March by burning off the brush and planting grass on the bank at the rear corner of my house. The grass may eventually help but every since I cleared that large area three years ago I've had water turn and go down the small hill toward my house.

With all the saplings and heavy brush taken out so I could plant grass and expand my yard, it changed the water flow in and under the field during heavy rains. The same thing happened with the bank along the driveway. So I'll have some work to do this spring in building those areas back up after I find out what to do to prevent the water from going that direction.

I'd say the highlight of the day yesterday in this fast paced life of retirement, was to change my default browser back to Google Chrome from Safari. I did all of the Chrome updates during my free data period before 8am. And ... I found out last week how to change a hidden setting in Chrome that would stop all videos from automatically playing and soak up a lot of my data.

I like the new Firefox browser but just like the older version, it is still a data hog.

I have yet to watch any of the lower tier football bowl games due to lack of interest in any of the teams. Pictures from those games look like I am not the only one because the stands are empty while they play the games. It looks like the first game I watch will start tomorrow at 11:30am. Could it be possible that even with a payoff to each team, they still lose money because of the requirement of having to buy a certain number of tickets and travel expenses?

The hounds have been fed at the normal time but before 10:30am, Sadie is staring at me and Stella just started howling for lunch. It's not going to happen until it's 11:30am, almost an hour from now.

I am not sure yet but I may start to blog every few days instead of daily. I am adding some bike riding to my daily routine, some other exercise and other things, so the blogging I will do may not post until later in the day or early evening.

Unbelievable winter weather today here in 'the tropics' of Southern Indiana.
at December 21, 2017