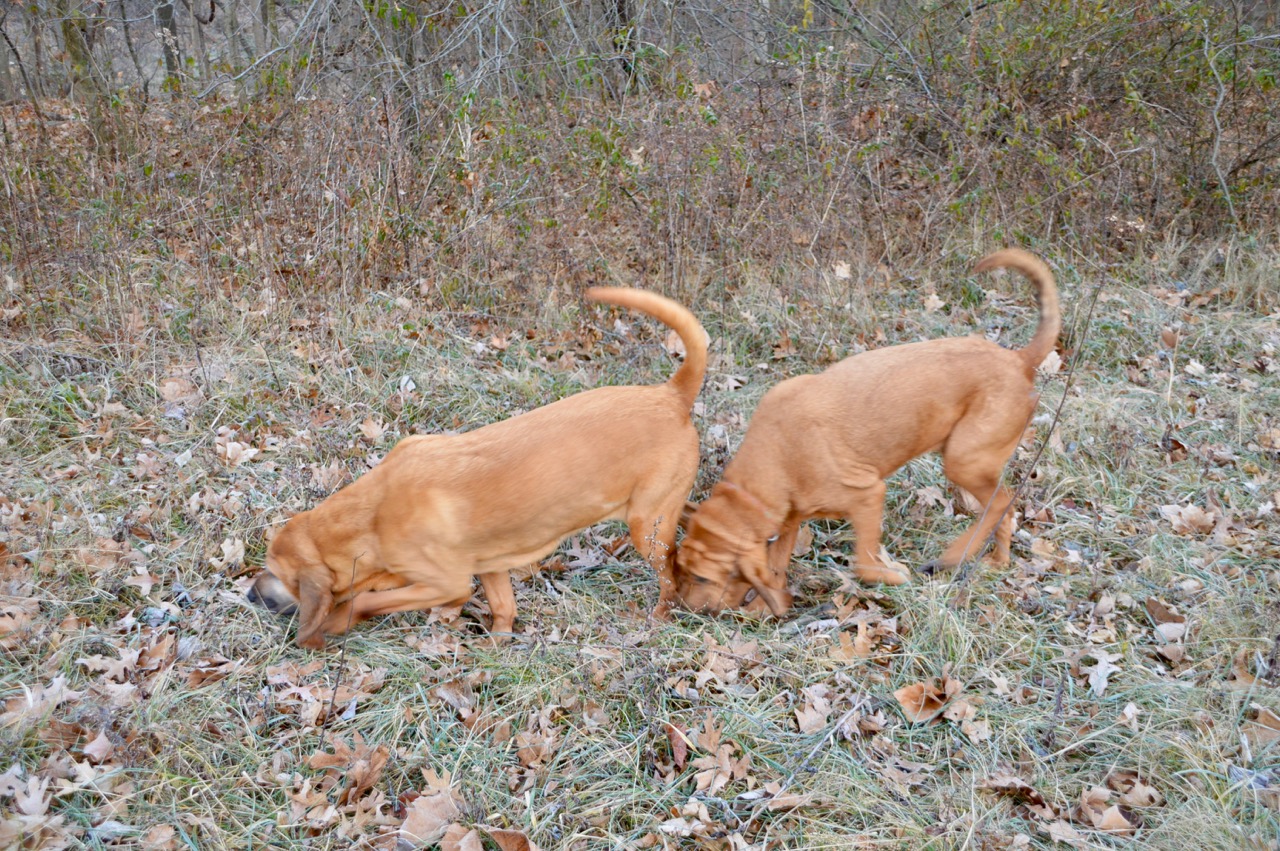 The hounds were energized as soon as their paws hit the door step this morning when I opened the door for the first time this morning. During the time I was pouring out kibble, they normally go out into the field, dump their tanks and are standing by the door waiting to get inside to eat by the time I am finished. But not today .... 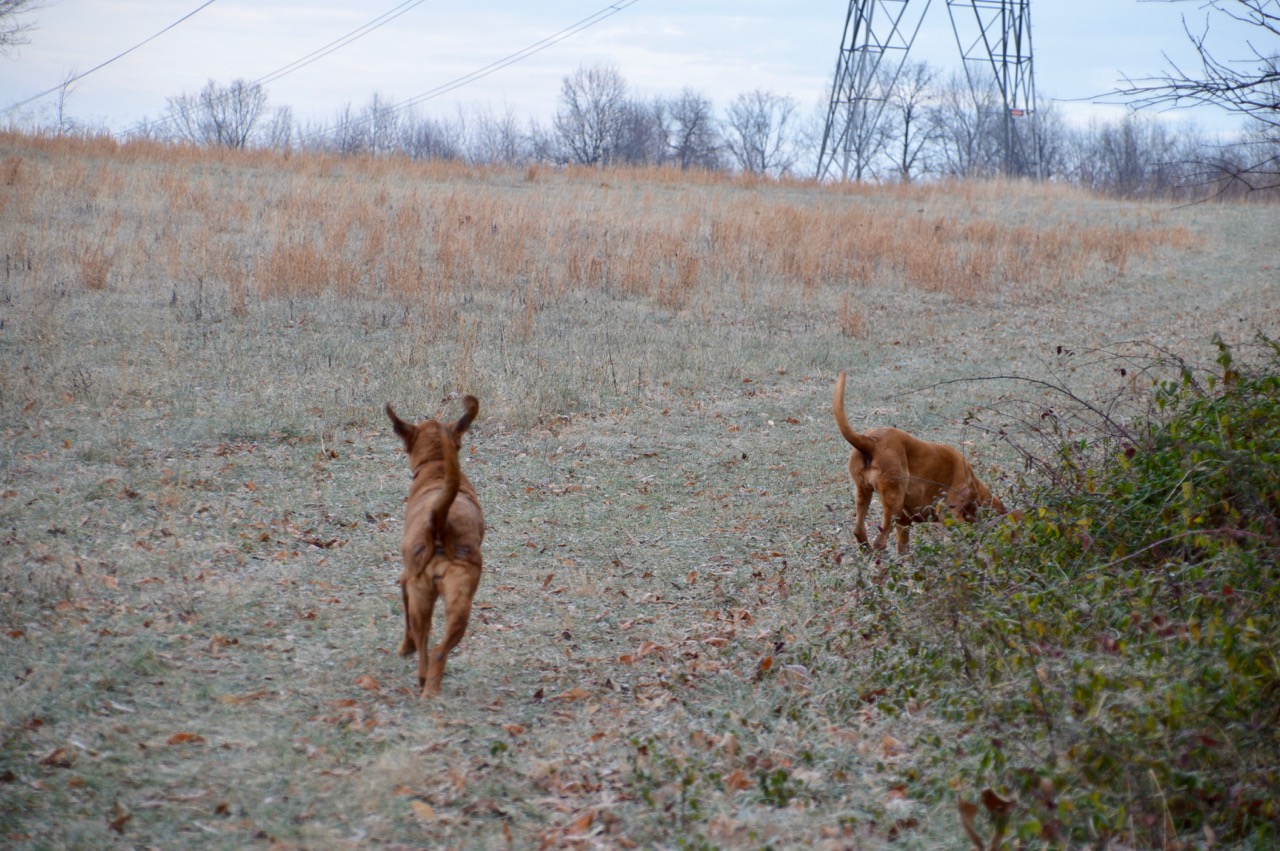 When I didn't see anyone but Heidi standing at the door, I glanced out different windows and caught Stella sprinting ... sprinting ... in front of the carport chasing Sadie around the house. By the time I got outside to get them, they were on their 2nd lap at least, probably more.

The house rule has always been, "no hounds allowed in the front yard" due to the chance of chasing an animal across the highway or seeing anything of interest near the road. Yet once they saw me they knew it was time for breakfast. 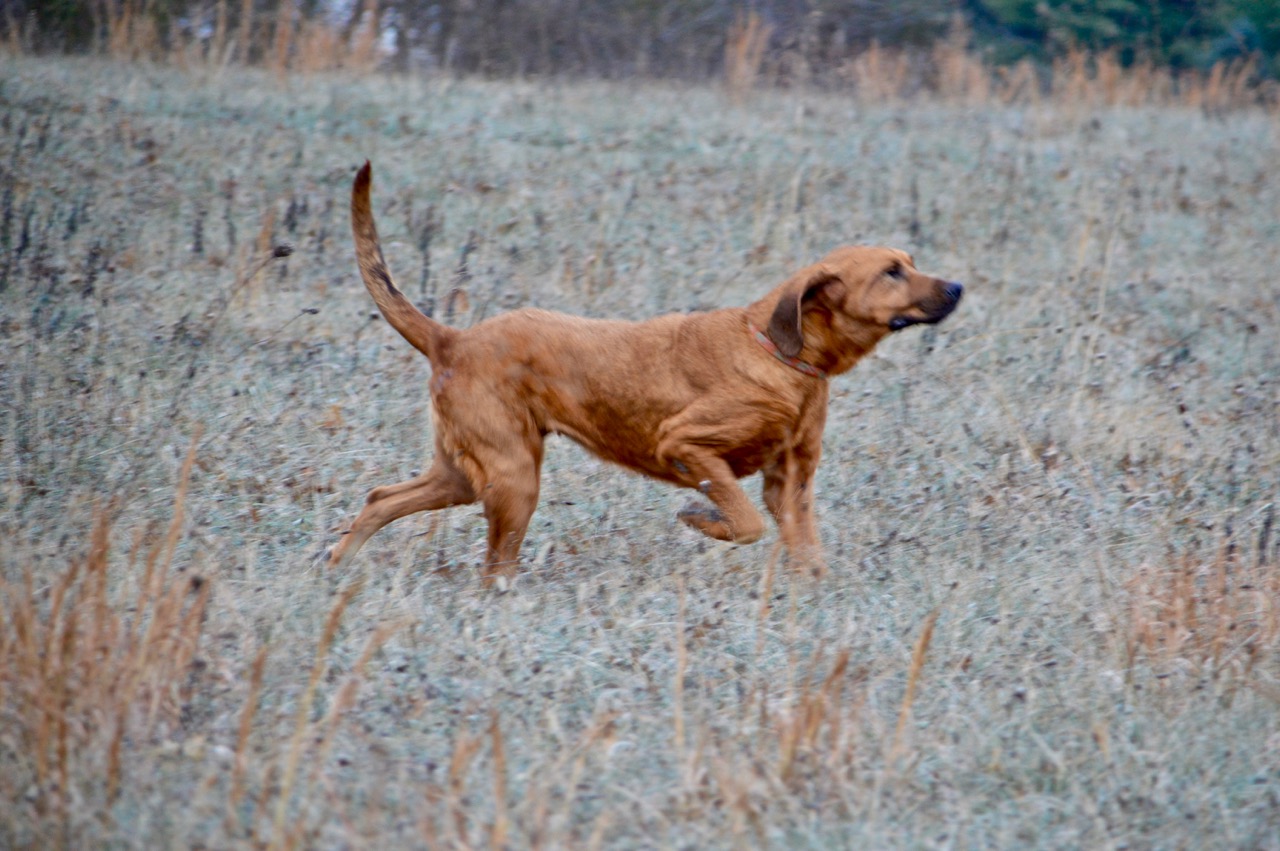 So it didn't take me long this morning that I could tell that the hounds were about ready to release any 'cabin fever' they had over the weekend where frigid temps kept us inside a lot. Stella had no interest in hanging back today as she was following Sadie up to the first corner of the walk. She broke out to the middle of the field while Sadie was hot on a trail on the edge of the gully and heading for the far right corner. 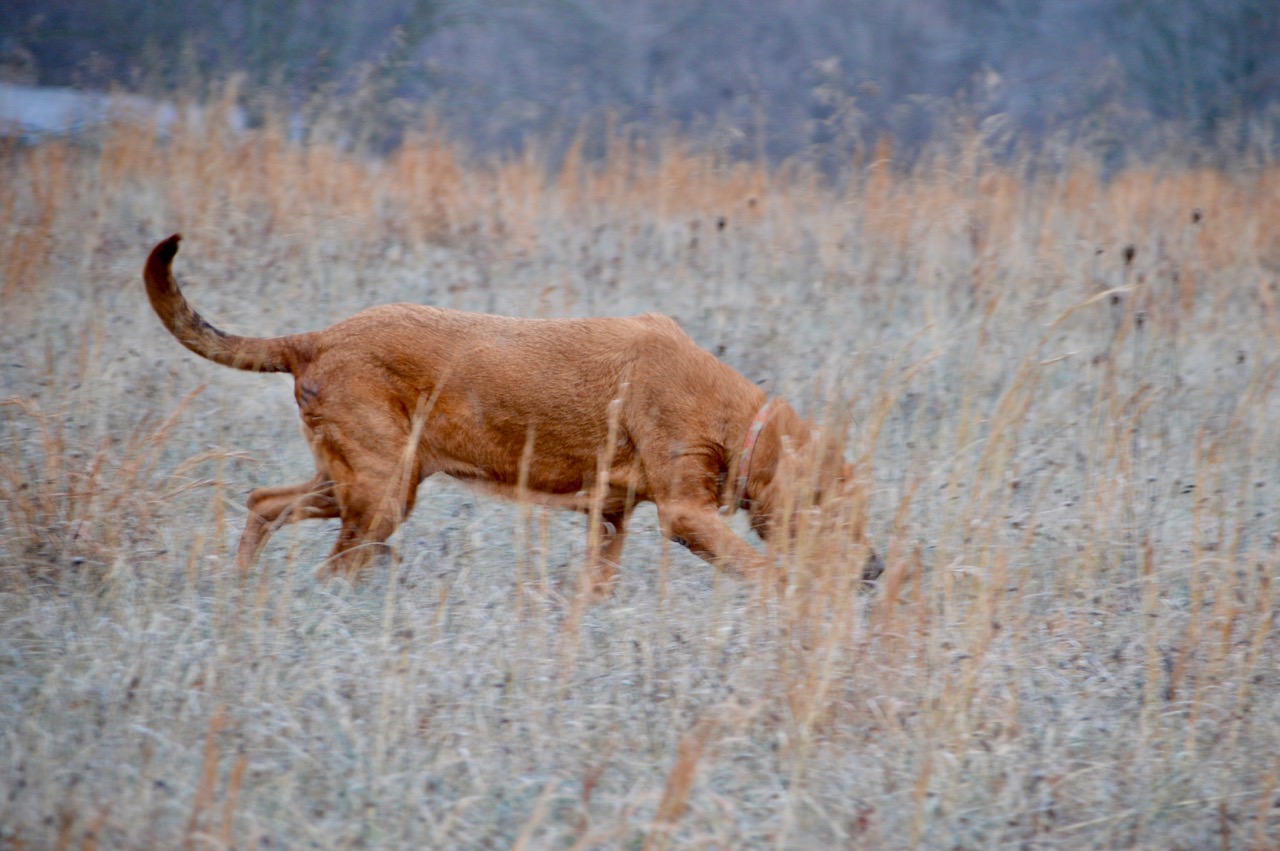 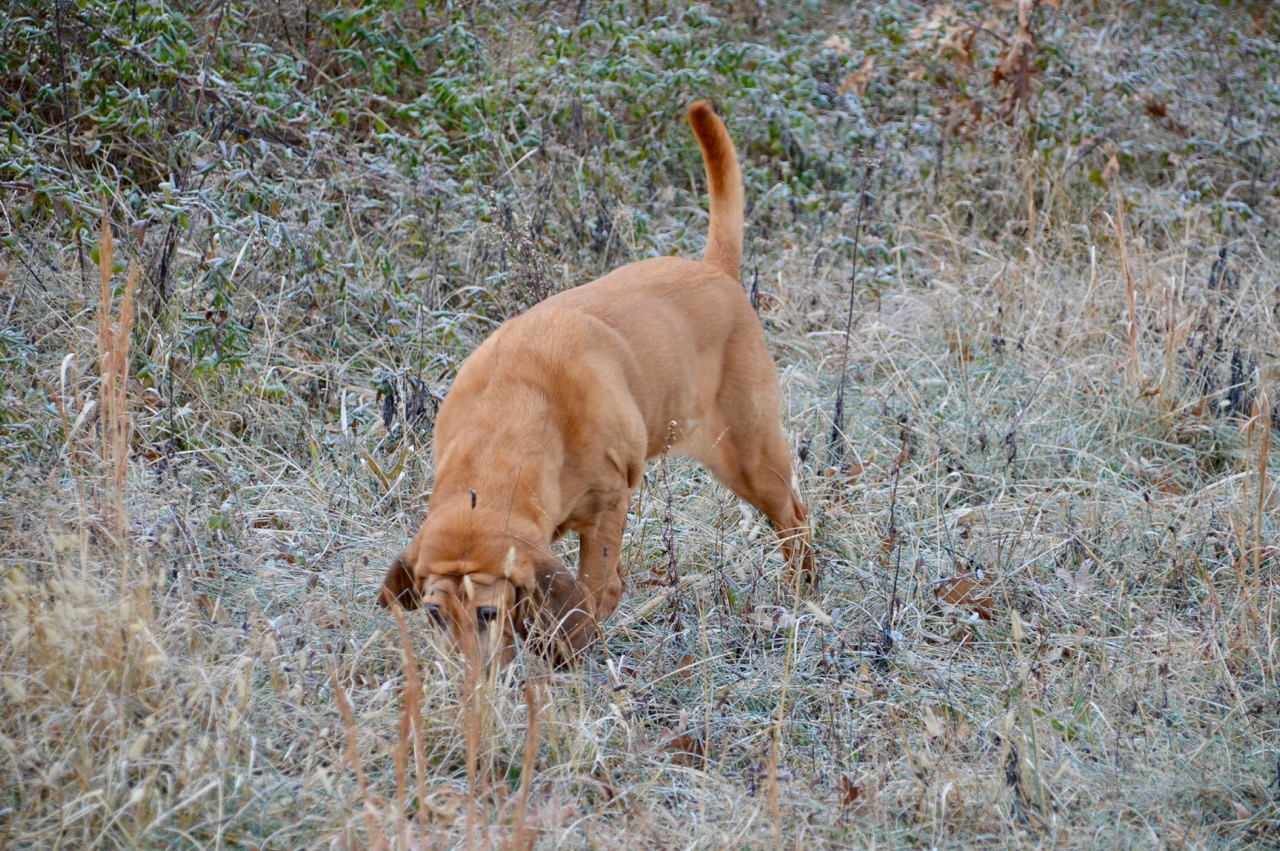 By the pace of the hounds, you would almost think that deer had been here just hours before. I have no idea about when or how deer migrate through the field or gully. I'm not a hunter so if they don't have a batting average or a yards per carry stat, then I don't know much about them. 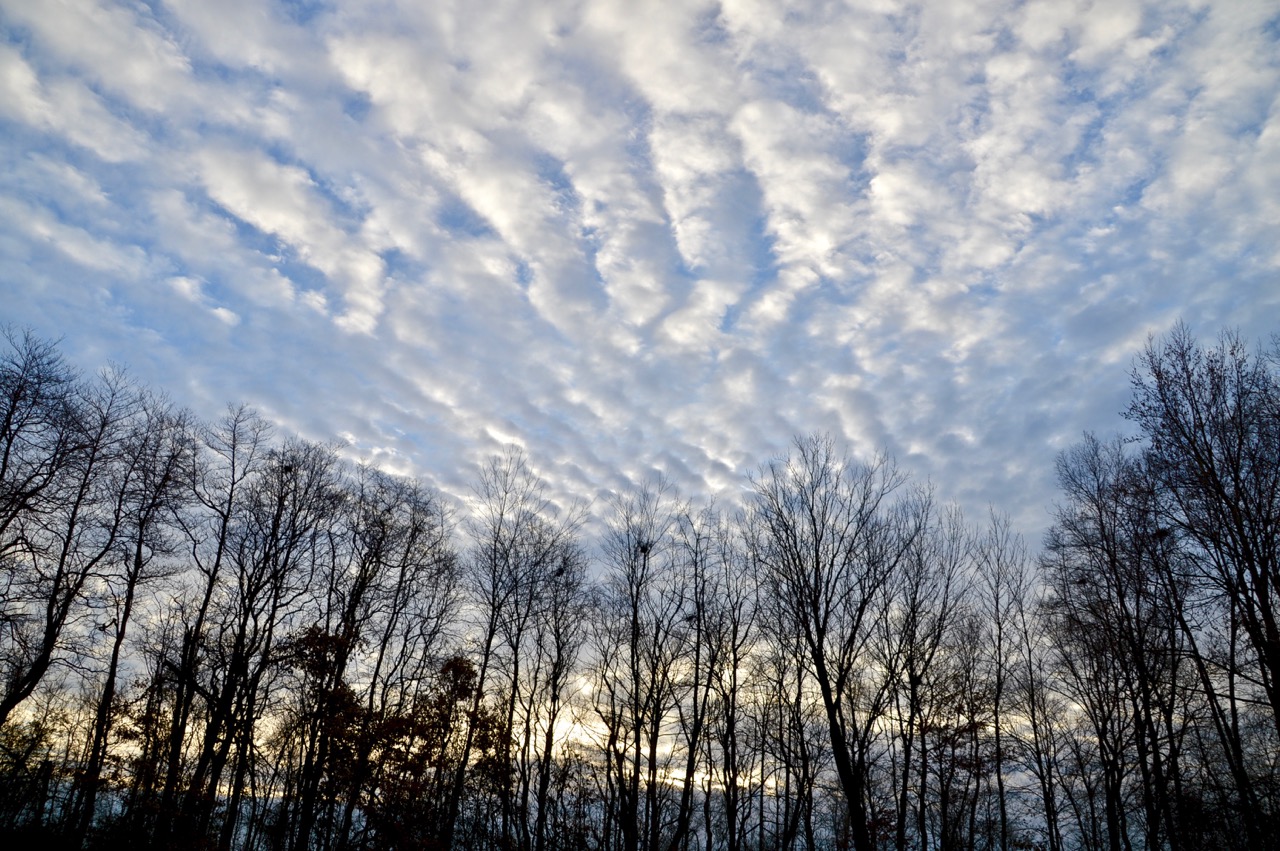 The beautiful day here in 'the tropics' got an early start this morning. The sky was looking great as we walked along the path. I had also figured out this morning why all of us seem to be starting our days earlier, the hounds wanting to walk earlier and eating earlier ... all of us are still on Daylight Savings Time. 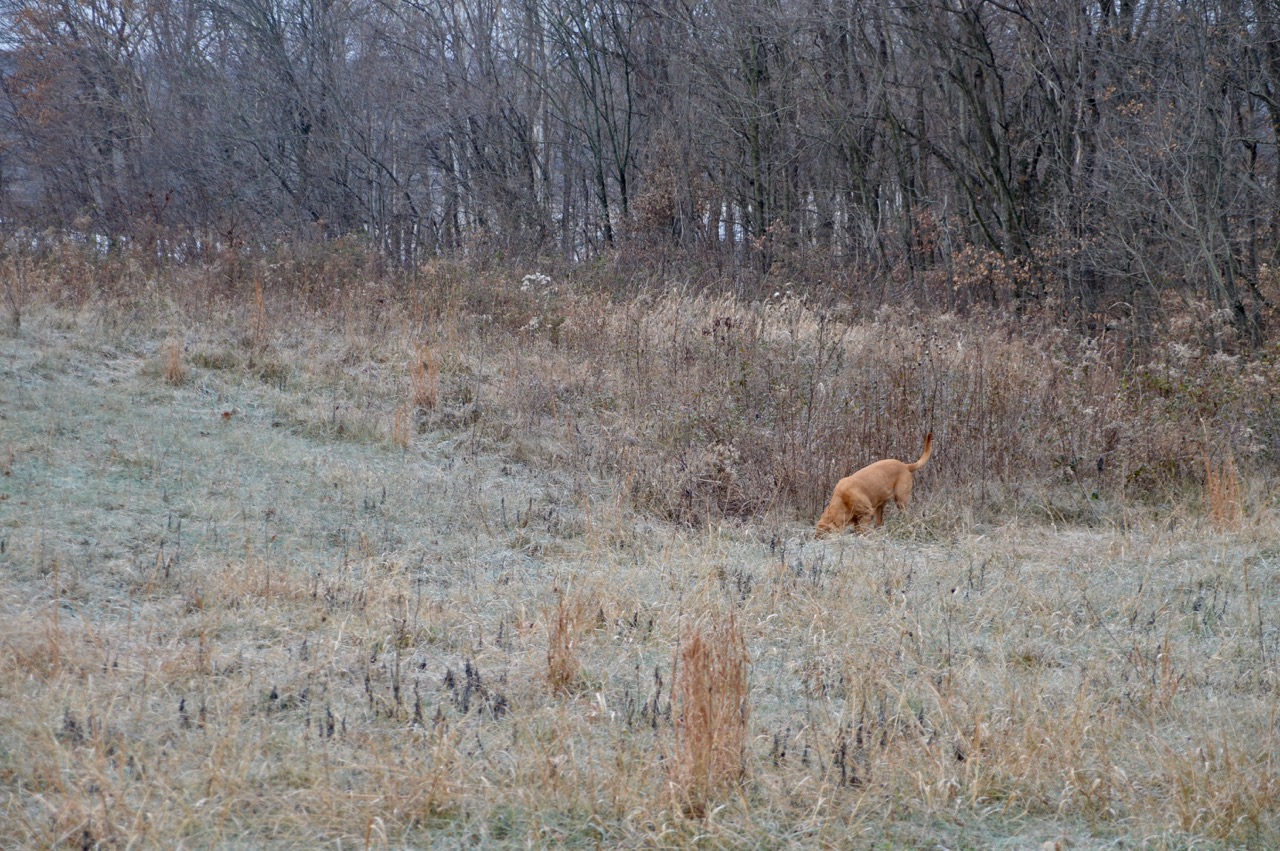 The camera didn't catch Sadie's movements around this corner because I was walking but she kept going back and forth around that corner, not ten feet in distance. I knew that once she was finally finished she would sprint toward me to catch up. 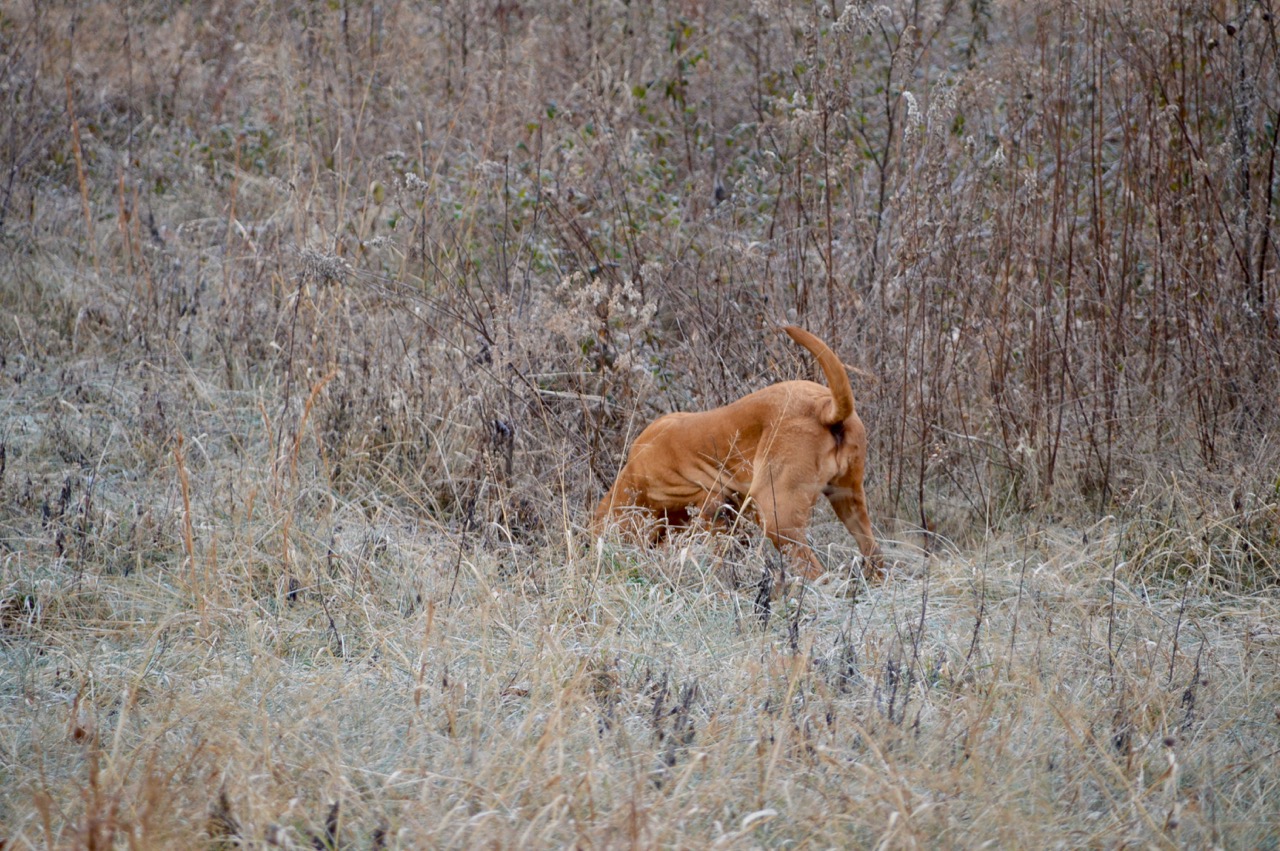 She was so intense in what her nose had found, I thought a few times that she was going to charge through the dead ragweed down into the gully. 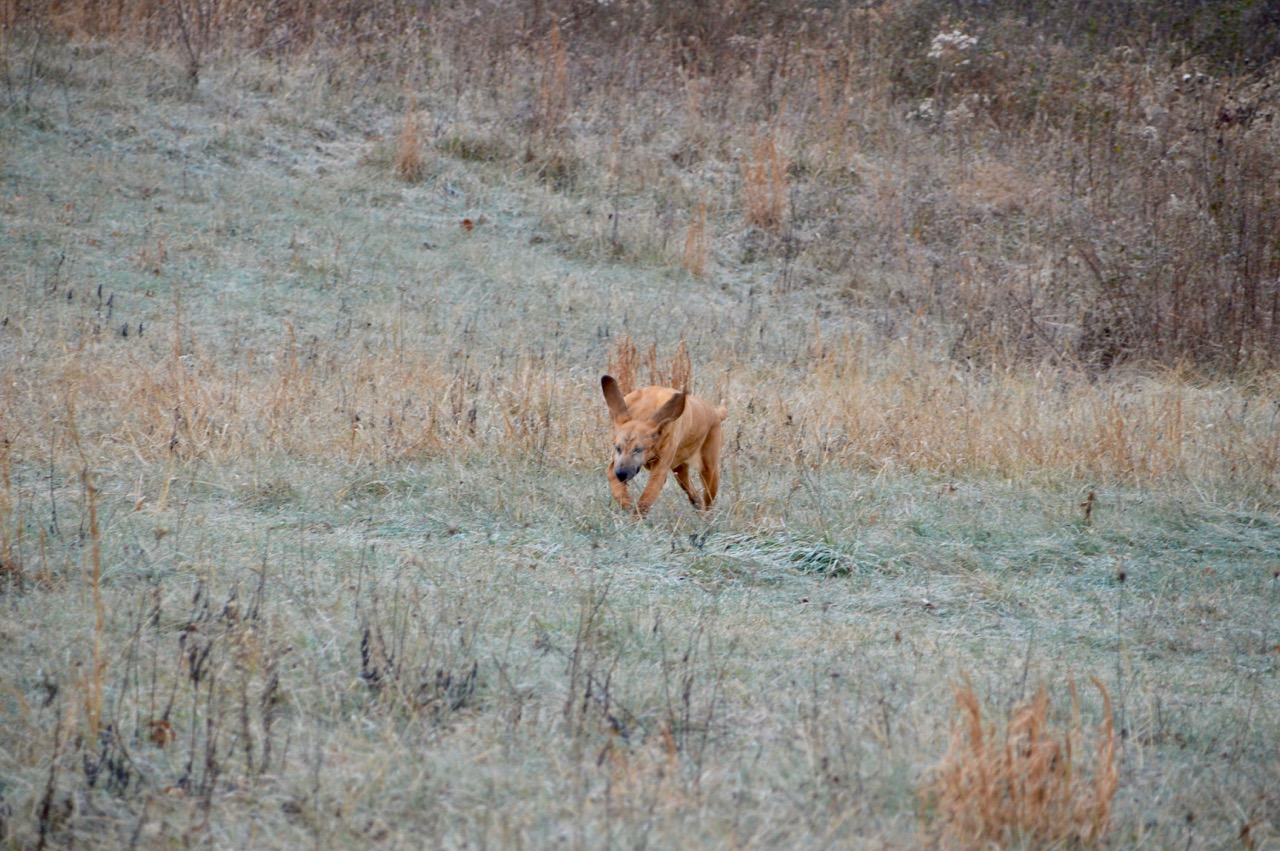 I turned around just in time to catch her sprinting toward me to catch up. 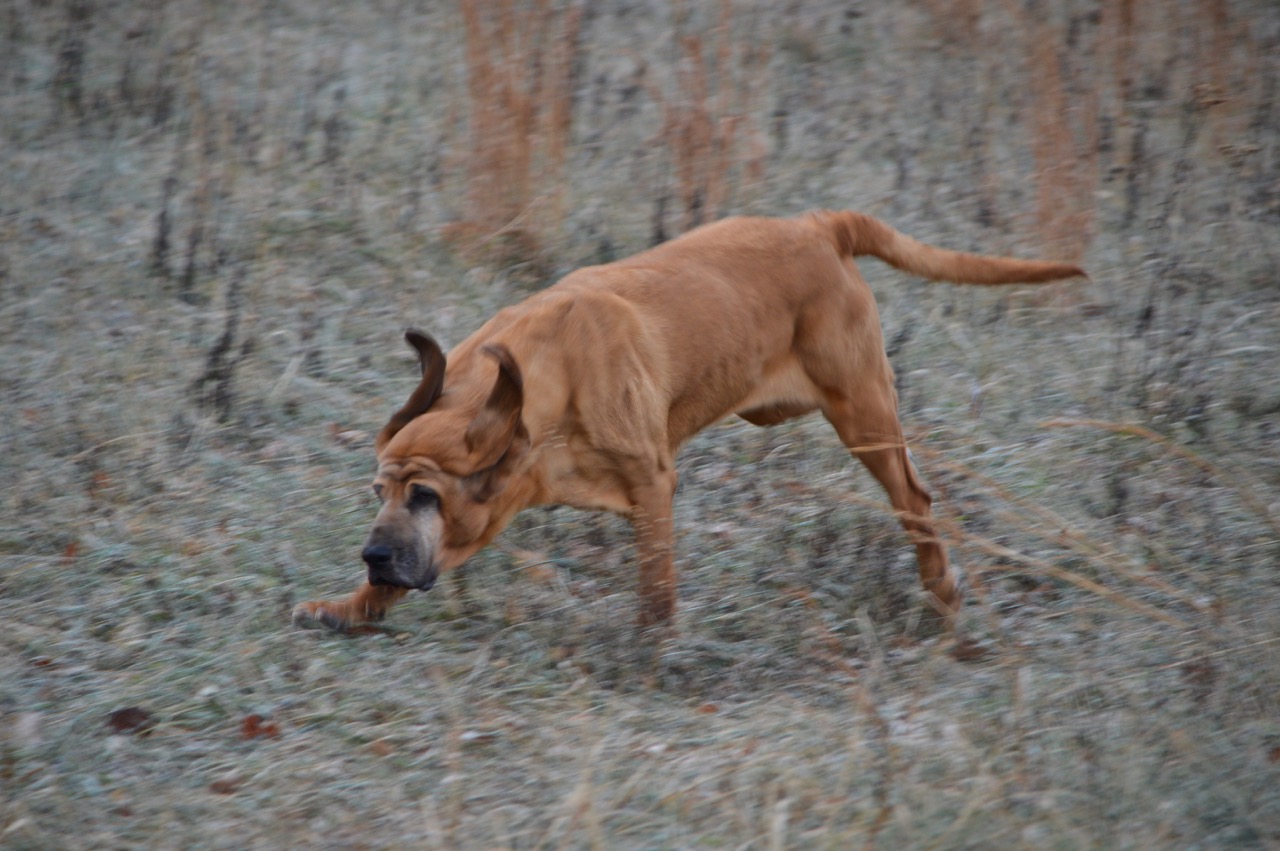 This might be one of my best 'bloodhound ears' photos ... I might have to start a page at the top or a link where there is a folder of nothing but photos of basset hound and bloodhound ears 'in action'. 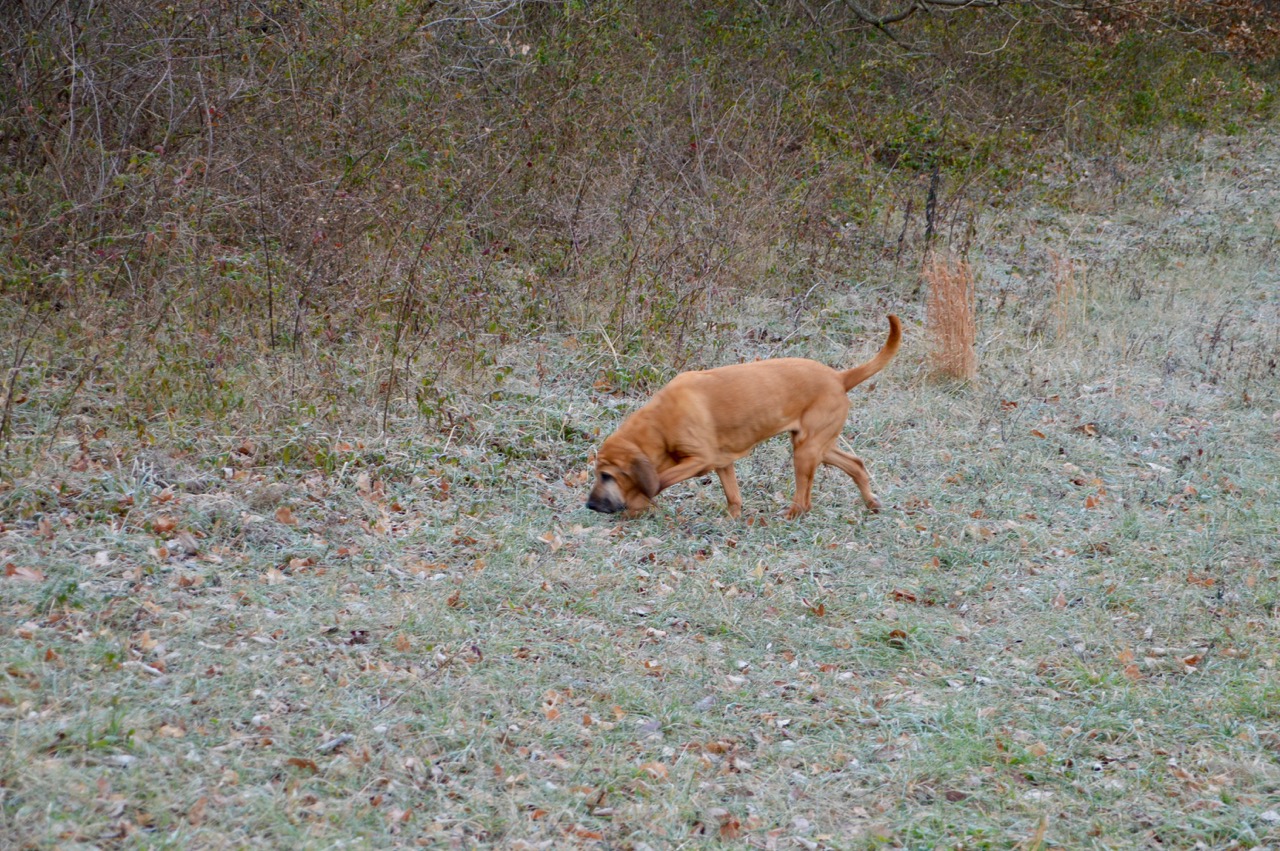 The books I have read about dogs and bloodhounds over the years, tells me that when they are searching like this and even eating stuff we don't want to see or want them to ... it's all part of them identifying who, when and what have been in that area. 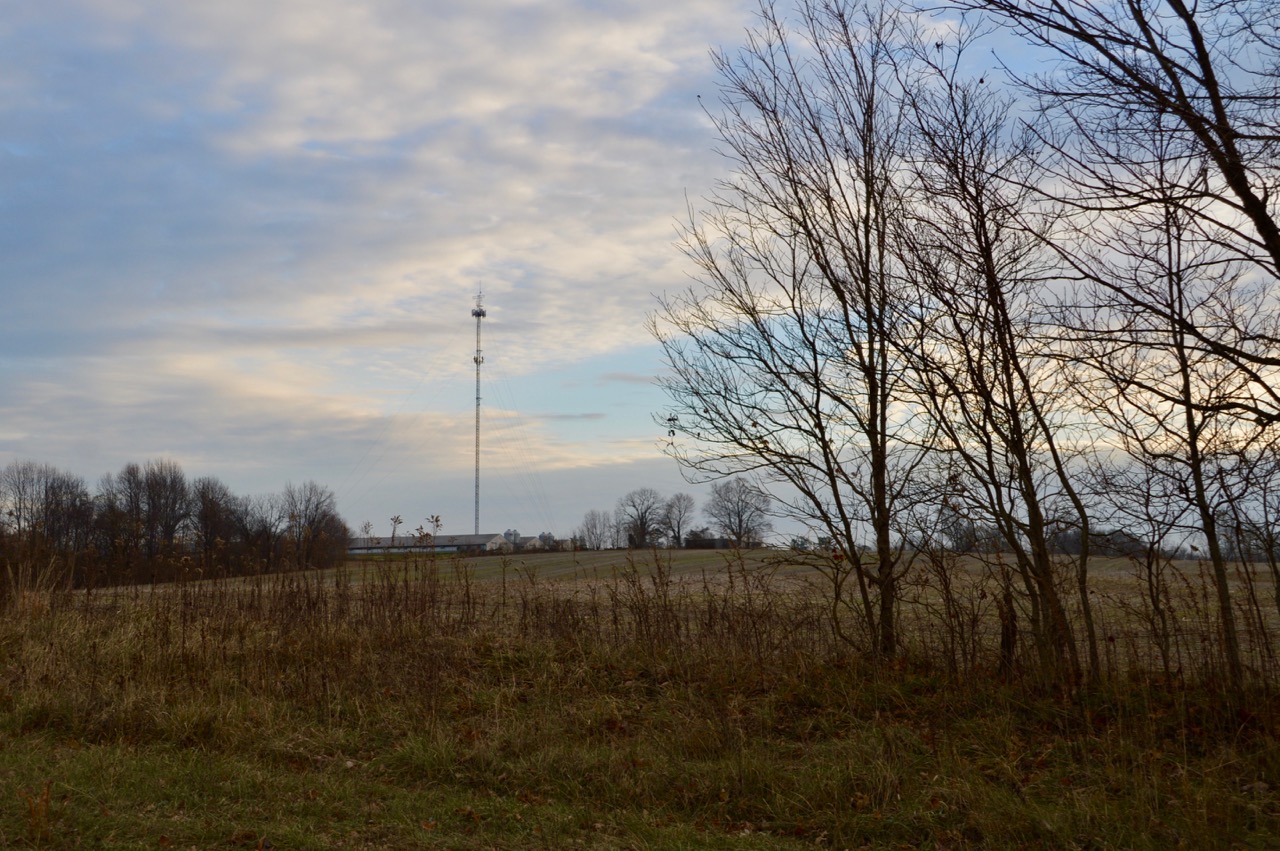 With no wind this morning it was cold but felt warm ... if that makes any sense. 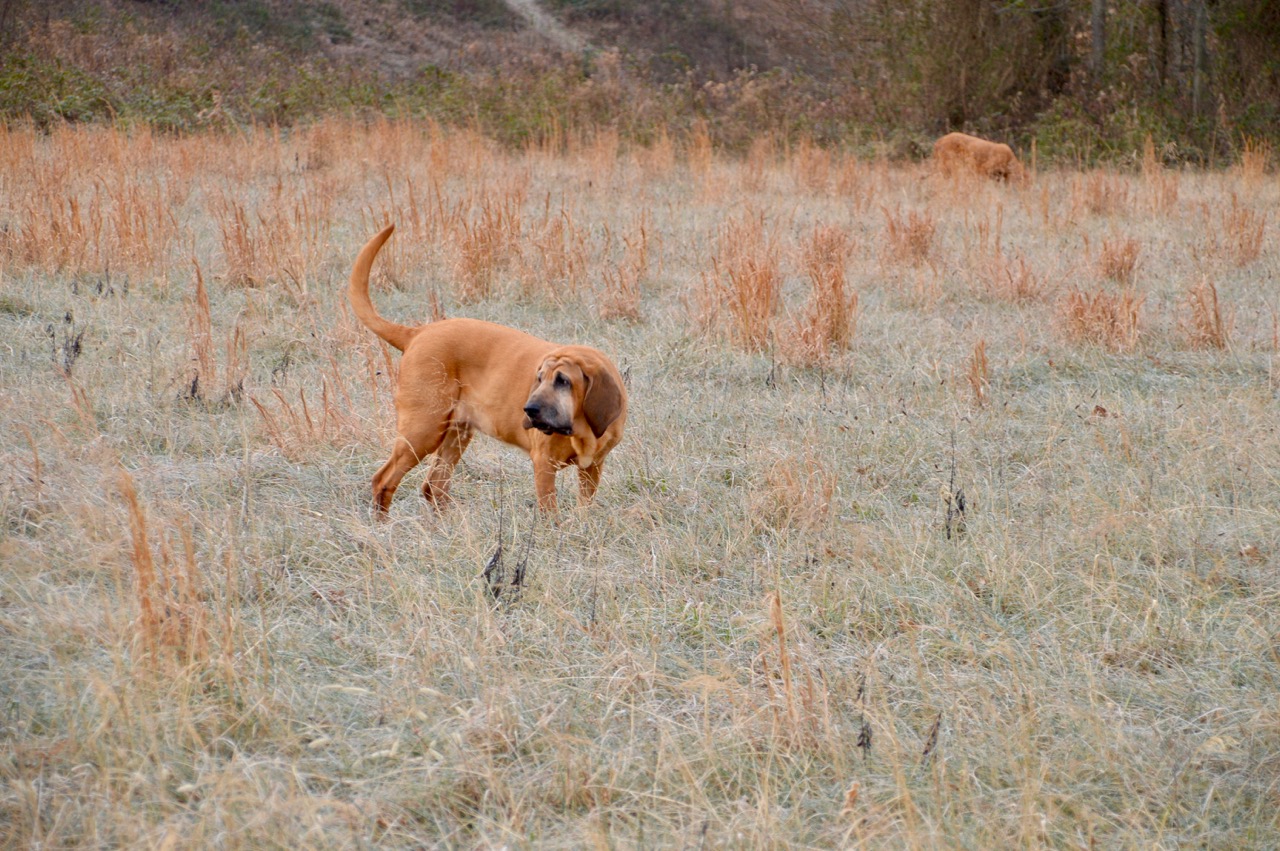 It's interesting to see that what the AKC calls a 'red' bloodhound matches the light brown or tan color of dormant hay. 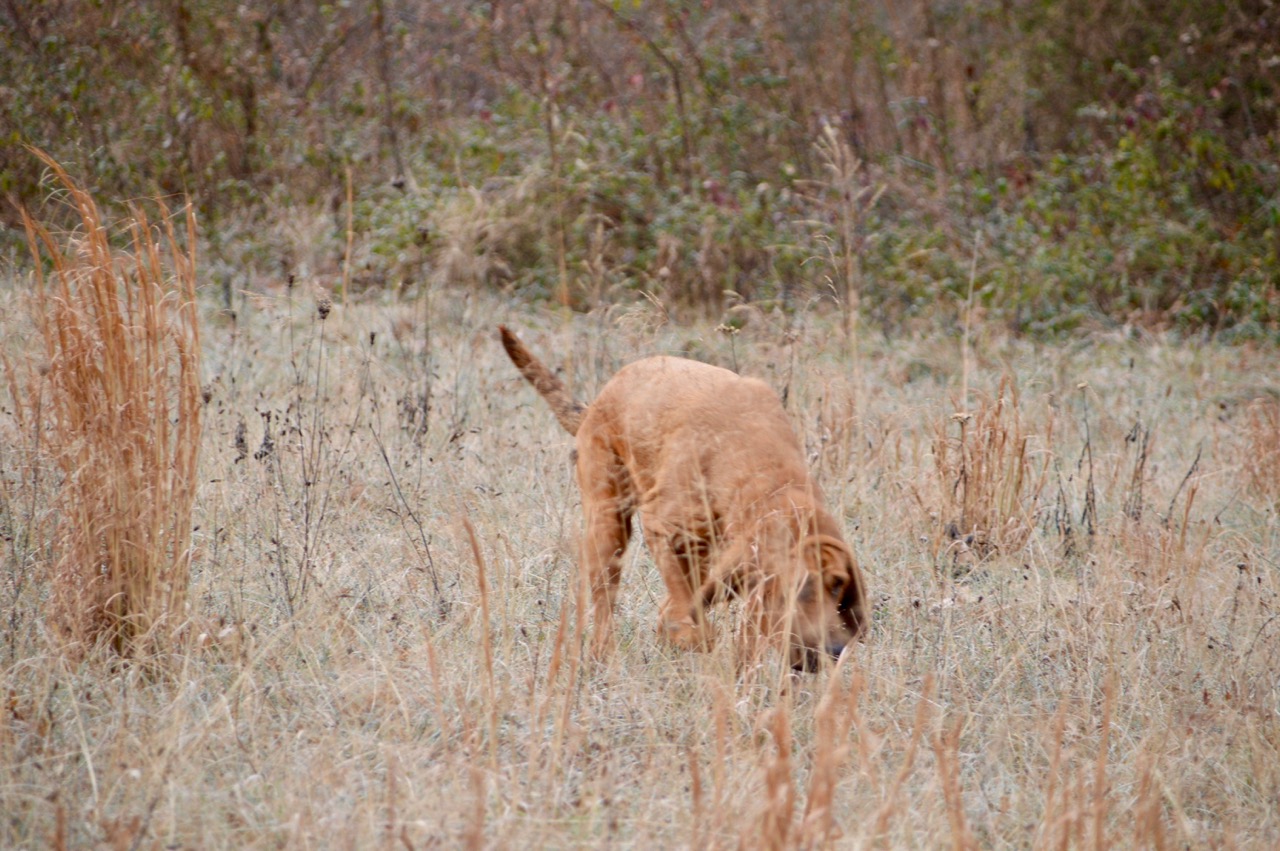 As I walked toward home I called Stella and she actually started walking our direction to join us back on the path. That was a pleasant surprise and a definite change for the past month or so. Maybe she is starting a new routine. 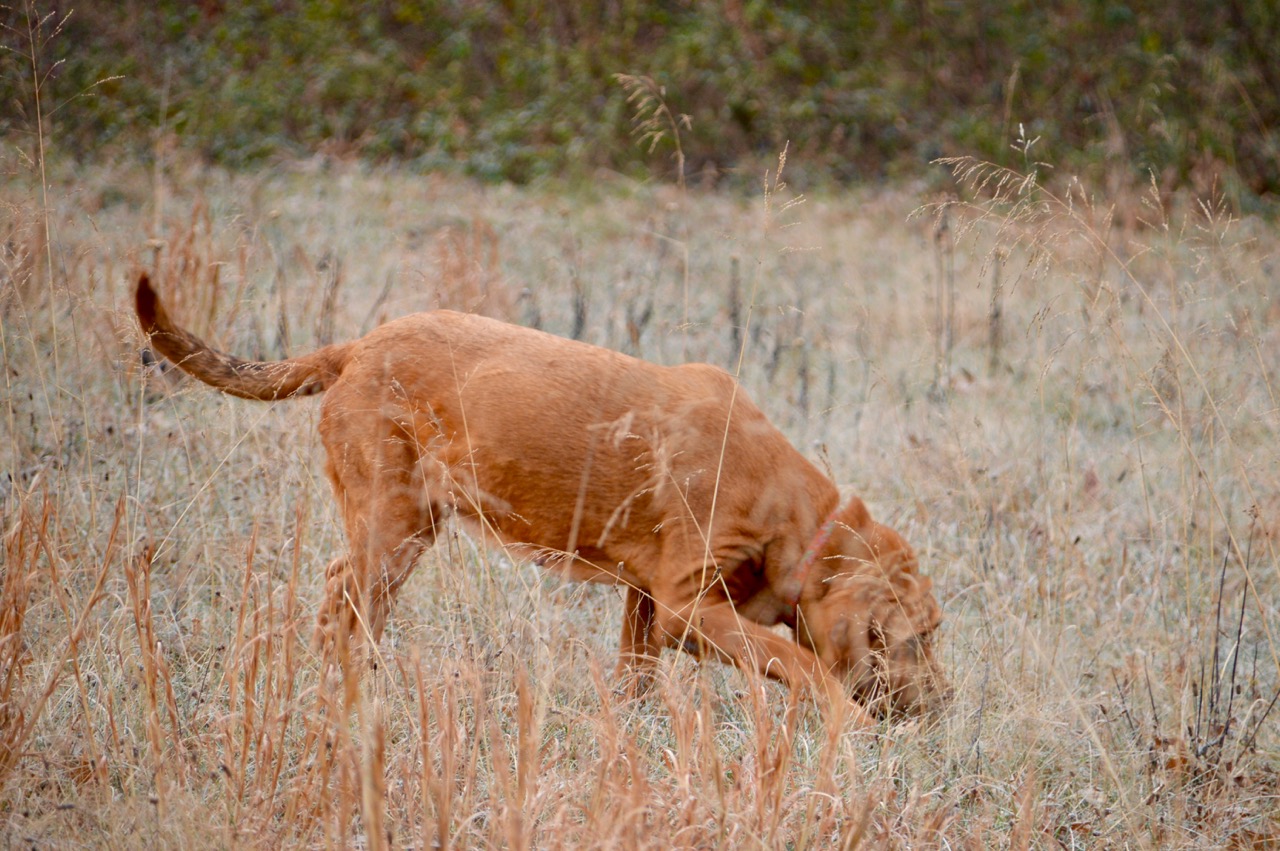 Just because we are in the field near our house and the neighbor's, doesn't mean they stop tracking scent in the field. They do this all the way to the backyard and even sometimes in the backyard depending what they find. 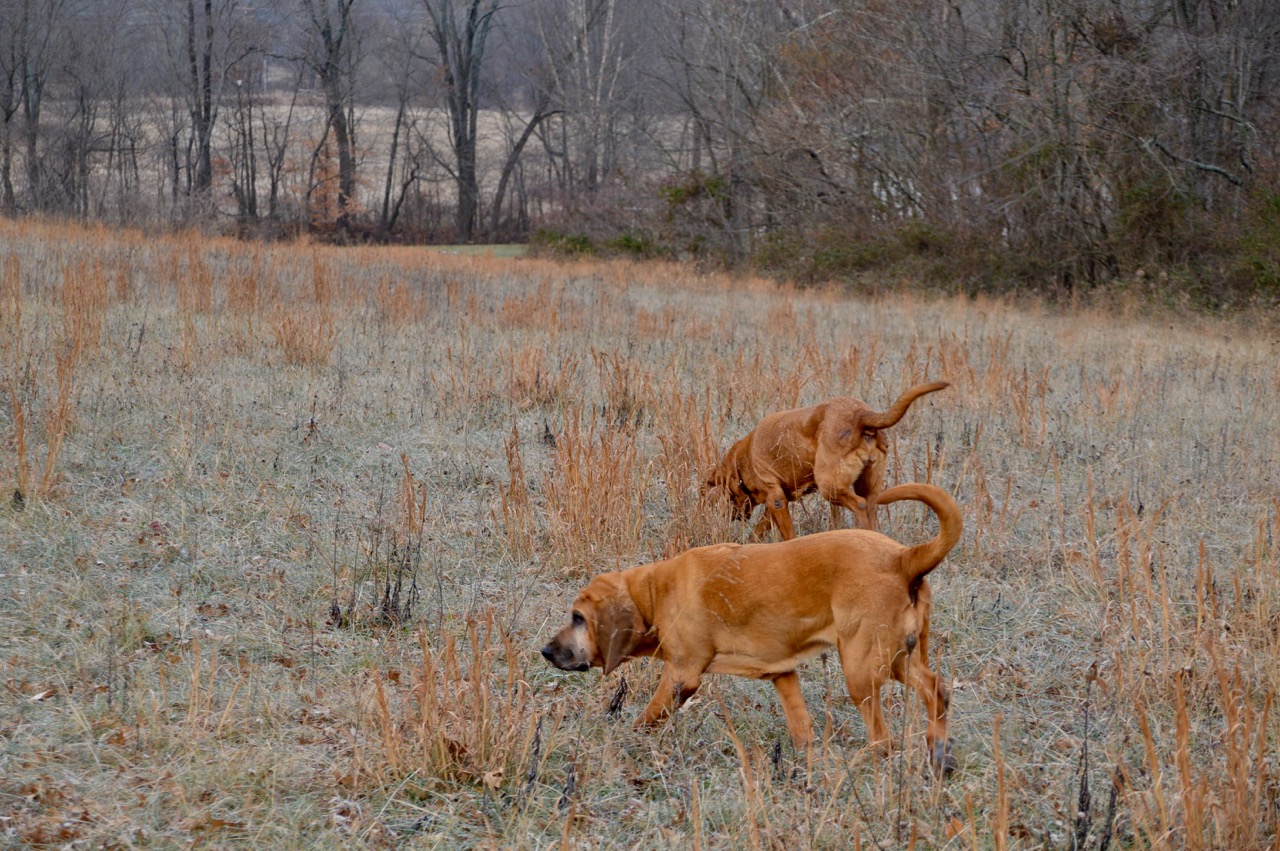 The field is not bad to walk through since it wasn't cut and baled a second time last fall. 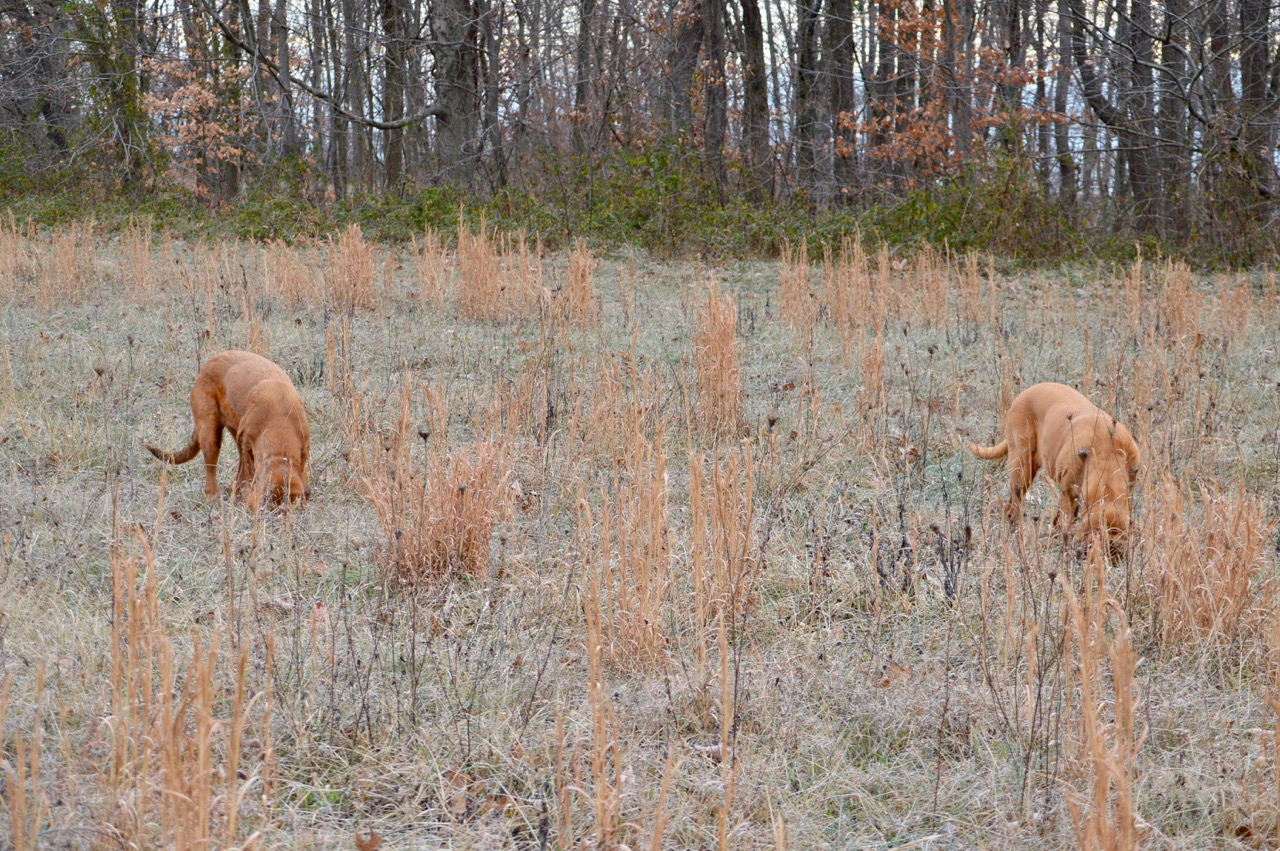 Just because I want to get inside and we are close to the house doesn't mean they want to. This is a common reaction to me saying "come on" ... it really is normal bloodhound obedience that is noted in their AKC write-ups and something every bloodhound owner knows before they decide to have their lives changed. 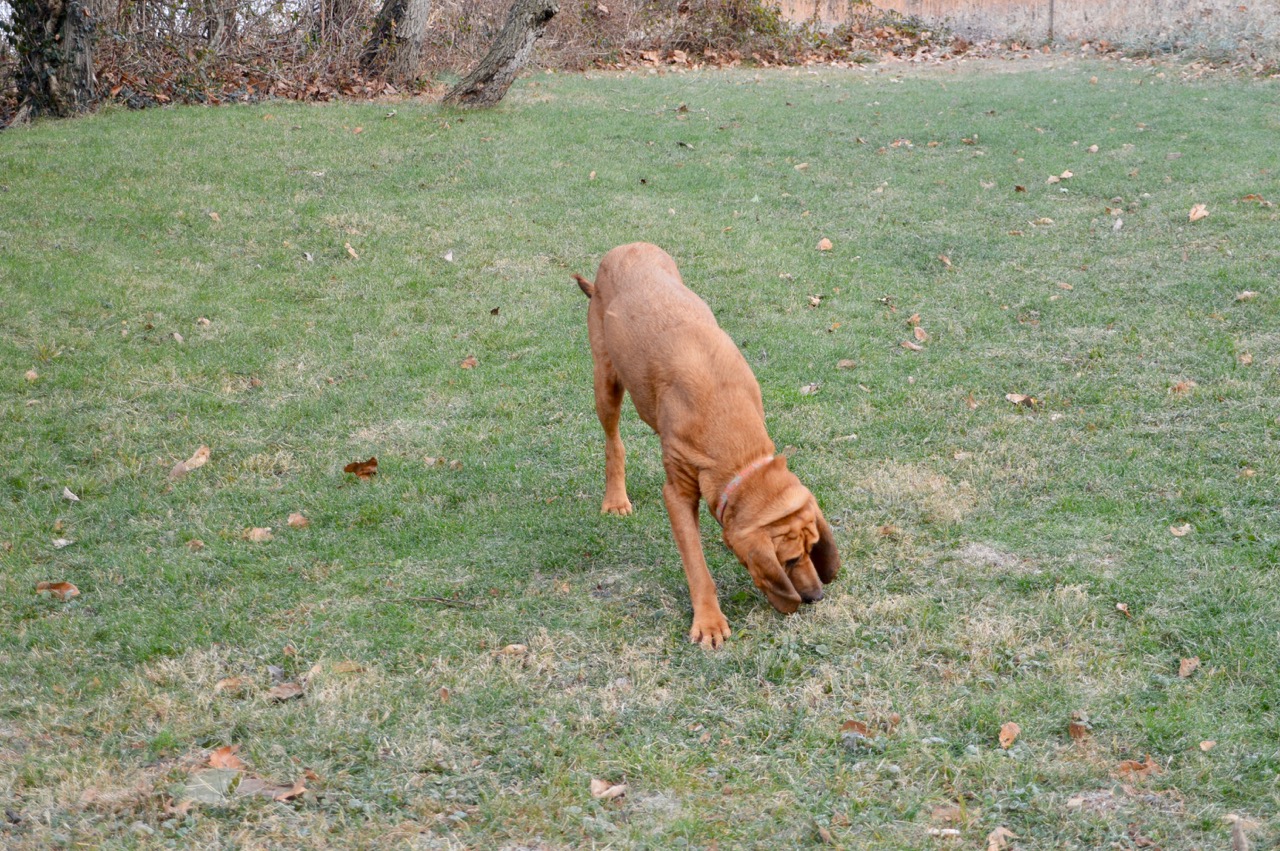 Juuussssttttt one more thing to check out. 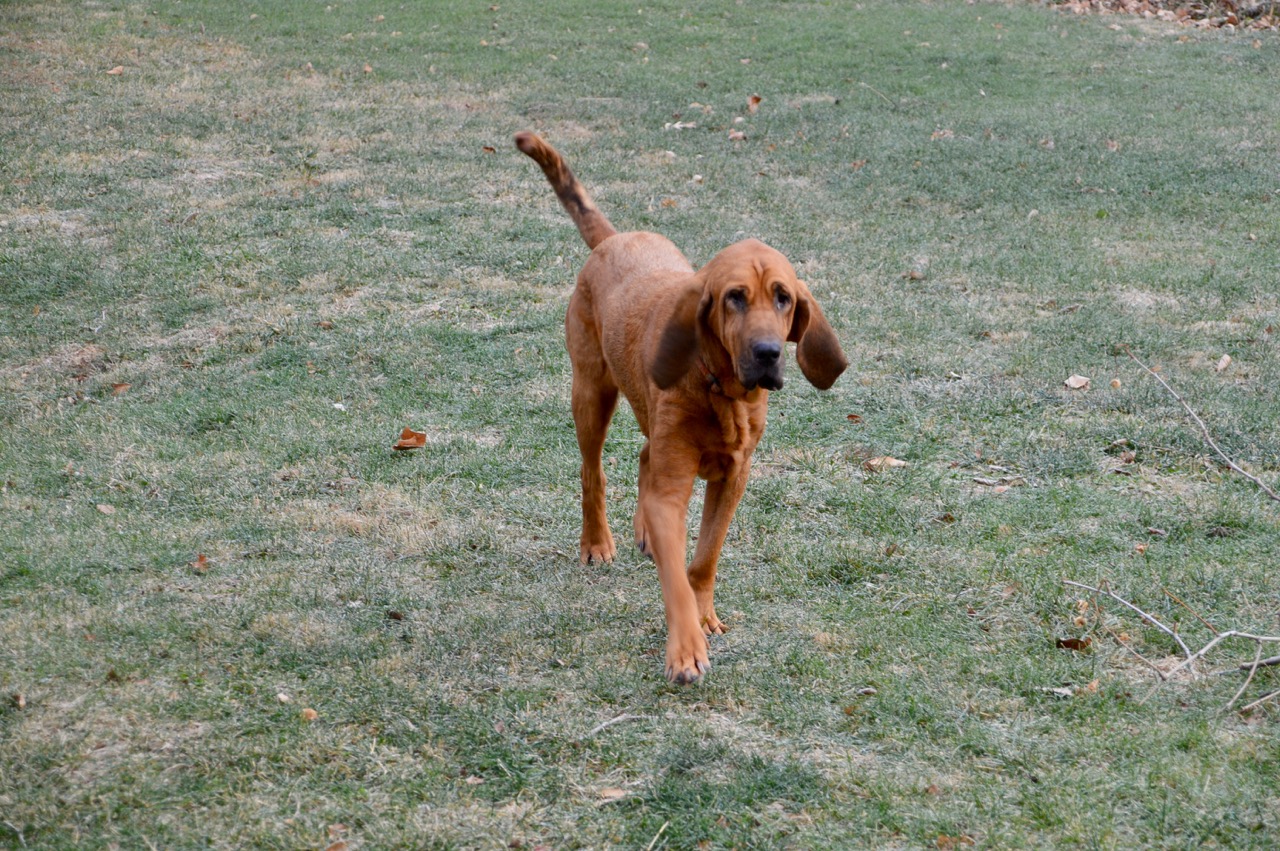 But no problems to Stella. It's a new week, she'll sleep beside my desk chair while I write this post and will not be really active until she is ready to eat lunch. At that time, if I happen to be late, she will start howling ... LOL

Our weather in 'the tropics' at this time is normal for this time of year.
at December 11, 2017