Hounds Declare It A White Christmas 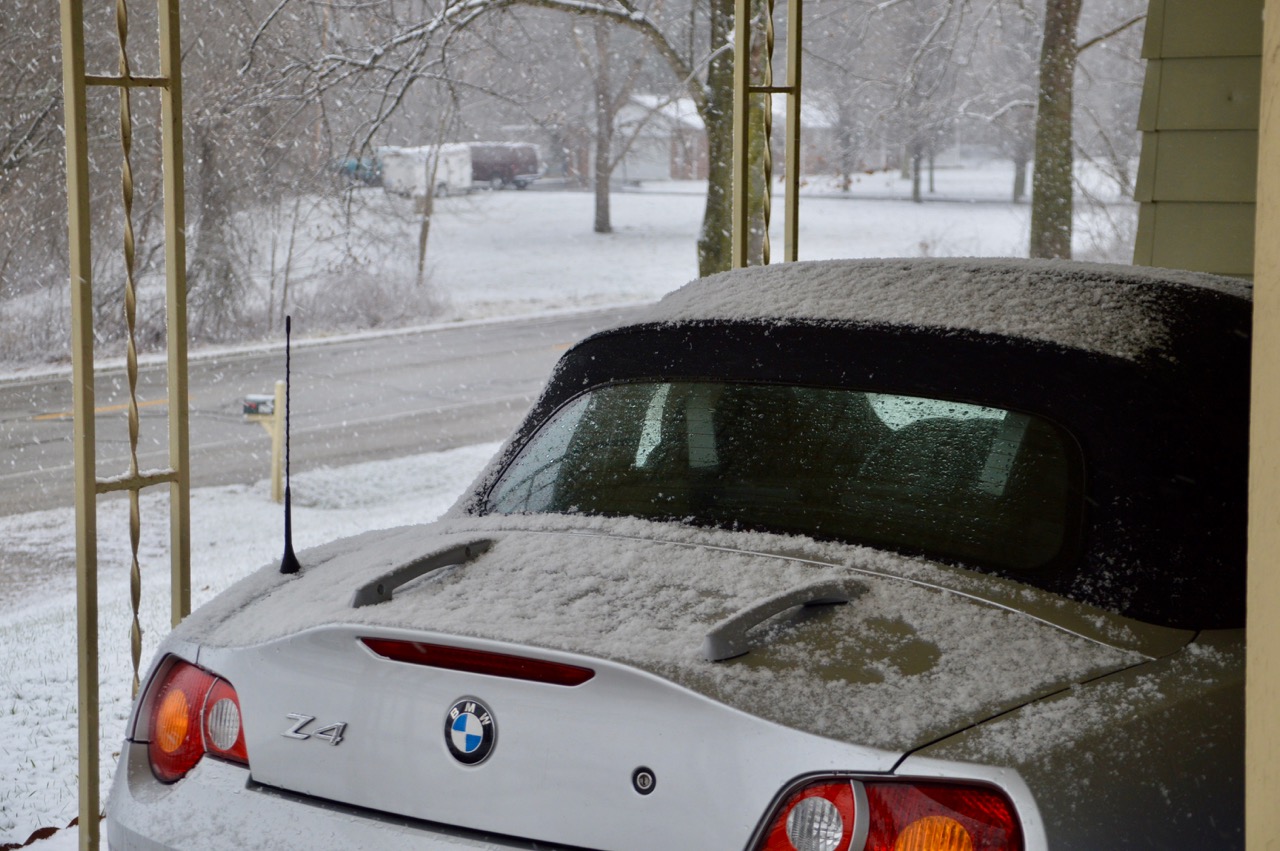 After my lunchtime drive on dry roads and overcast skies, I came home with intentions of putting on my car cover before the snow arrived. I was busy doing other things inside and forgot to check the weather outside. By the time I looked it was too late. No problem. I have a feeling the original owner parked this car outside all the time in northern Illinois. The hounds took me outside for walk through after the first 30 minutes of snow ... they needed to go out and have some fun. 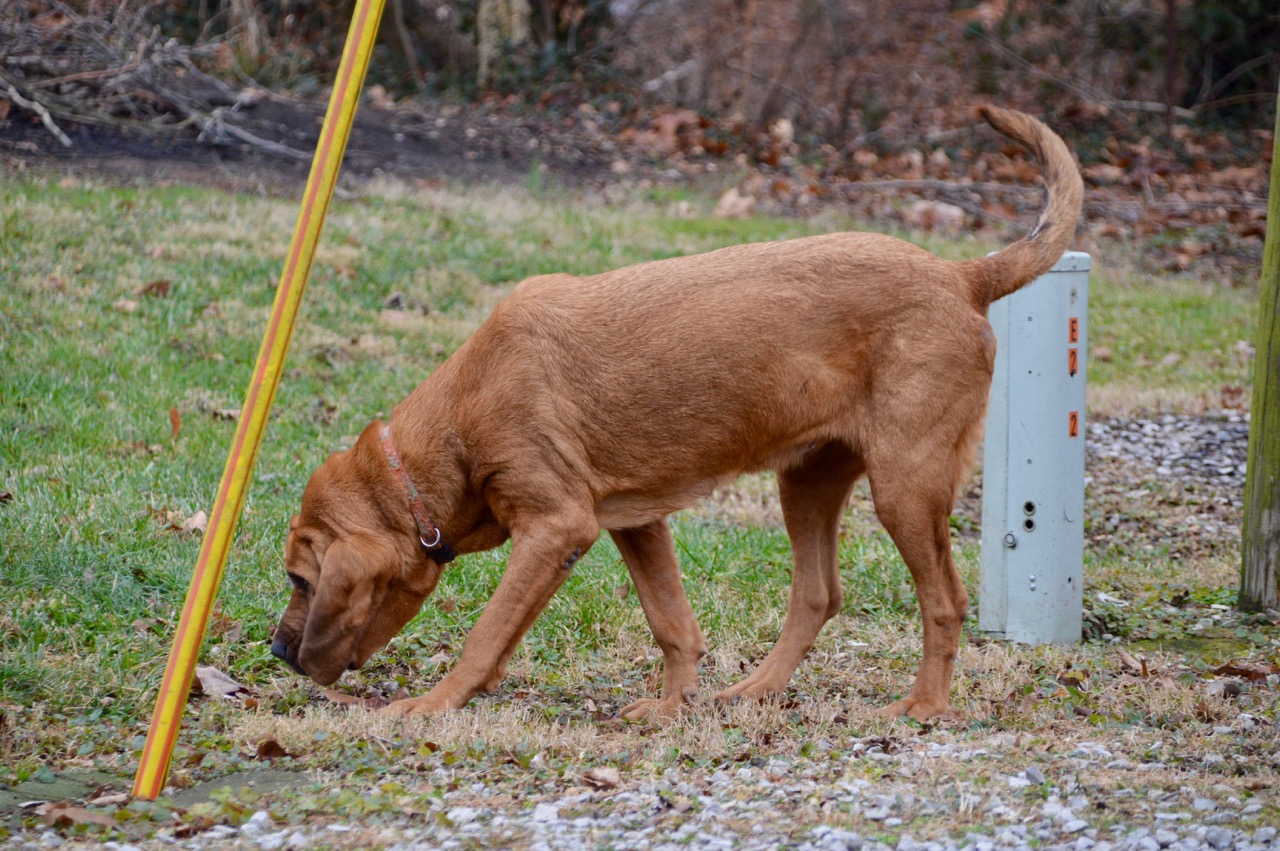 After their lunch before my drive, Stella smelled yard moles which are destroying my backyard. I am lucky that she doesn't dig for them like my previous bloodhound did. 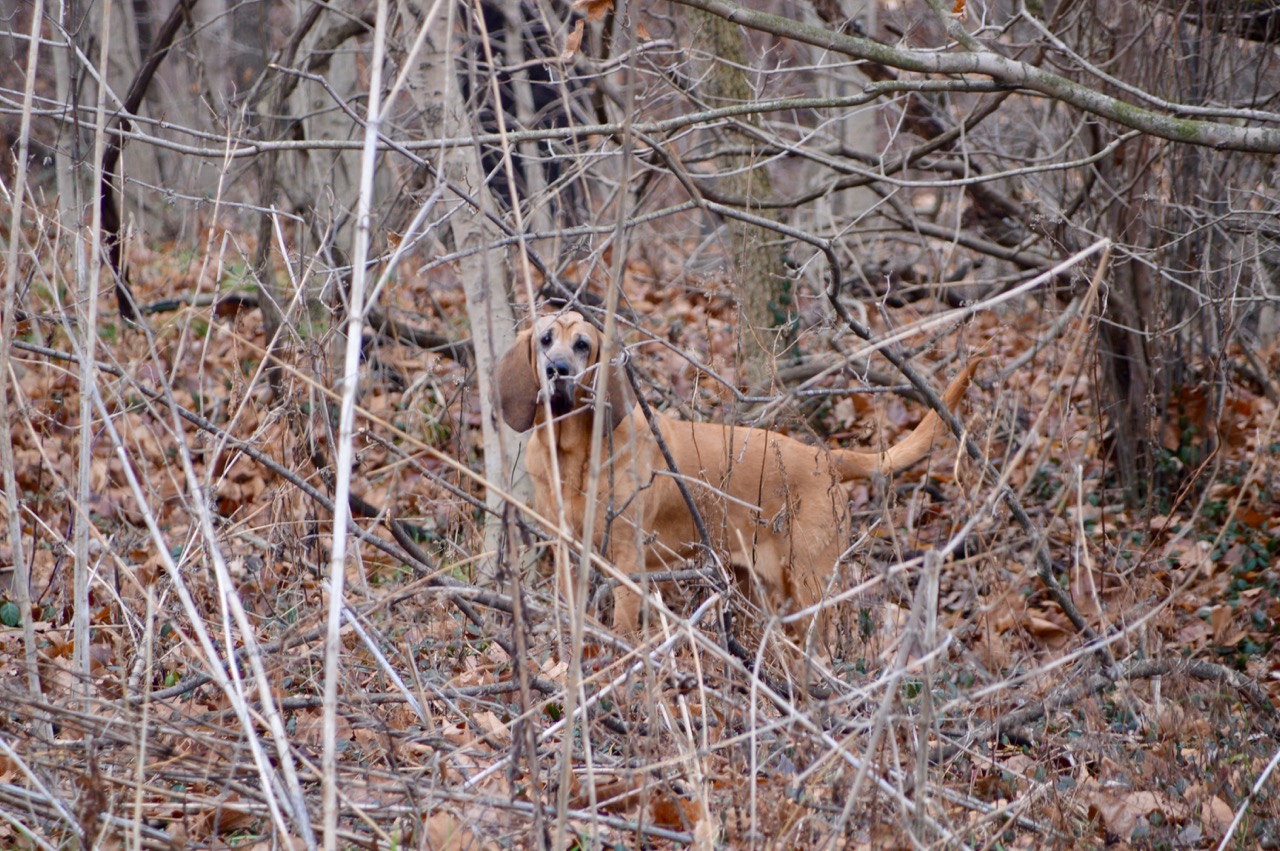 Sadie was busy but checked to make sure we were not going for a walk. 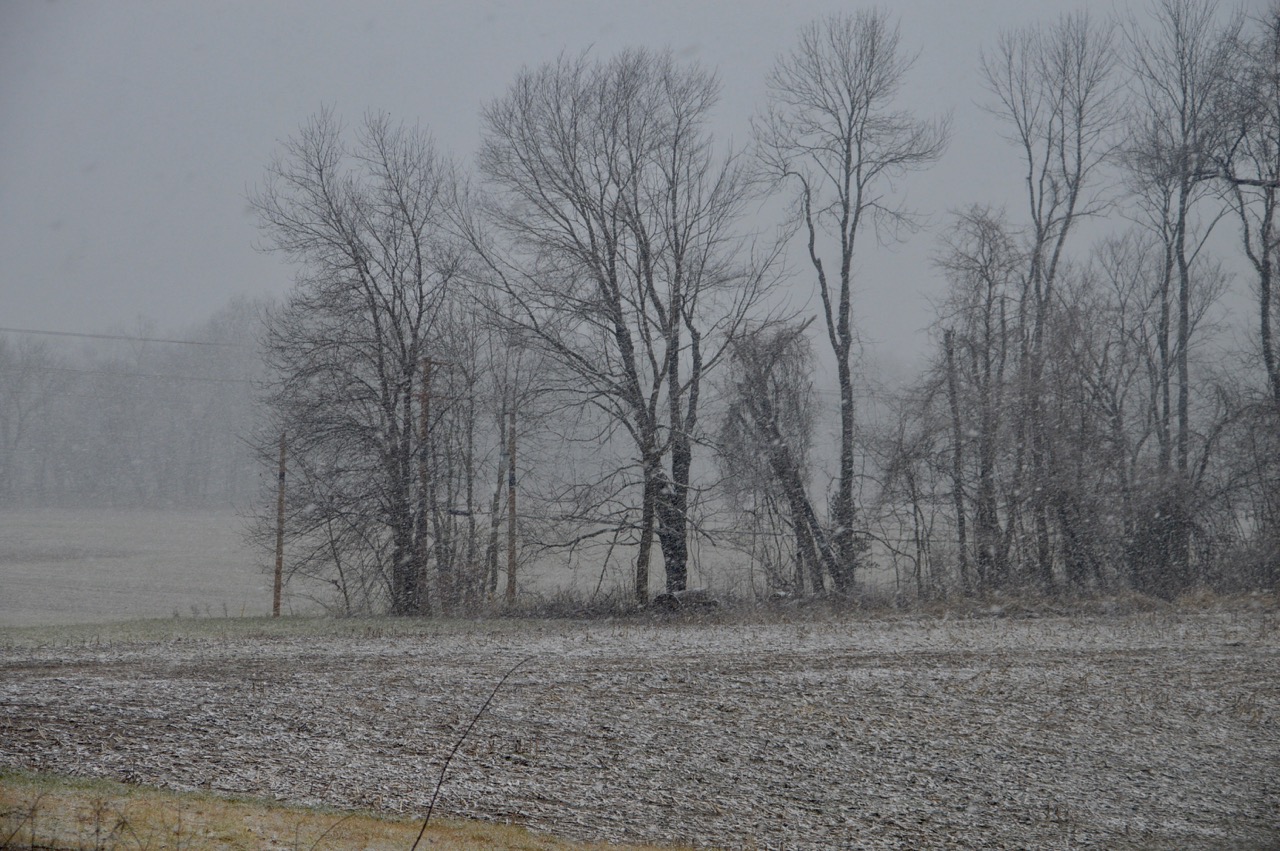 Then about 3:30 when I glanced outside it was a steady snow but not heavy. By the time I put my wool cap, ski gloves and down parka ... it was coming down harder and we were off. I'll let the photos tell the story. I was snowing harder the longer we walked. Stella was energized as usual in the snow. They had fun ... 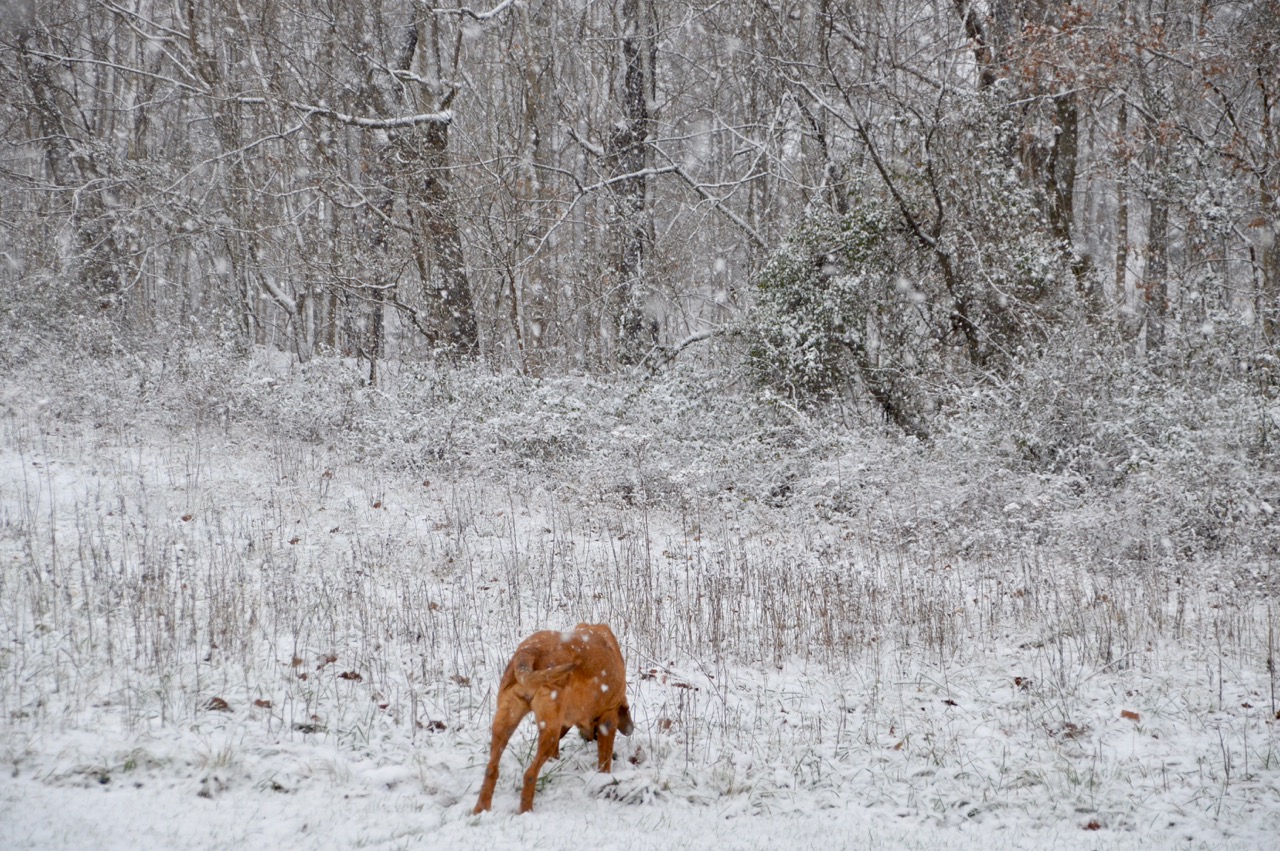 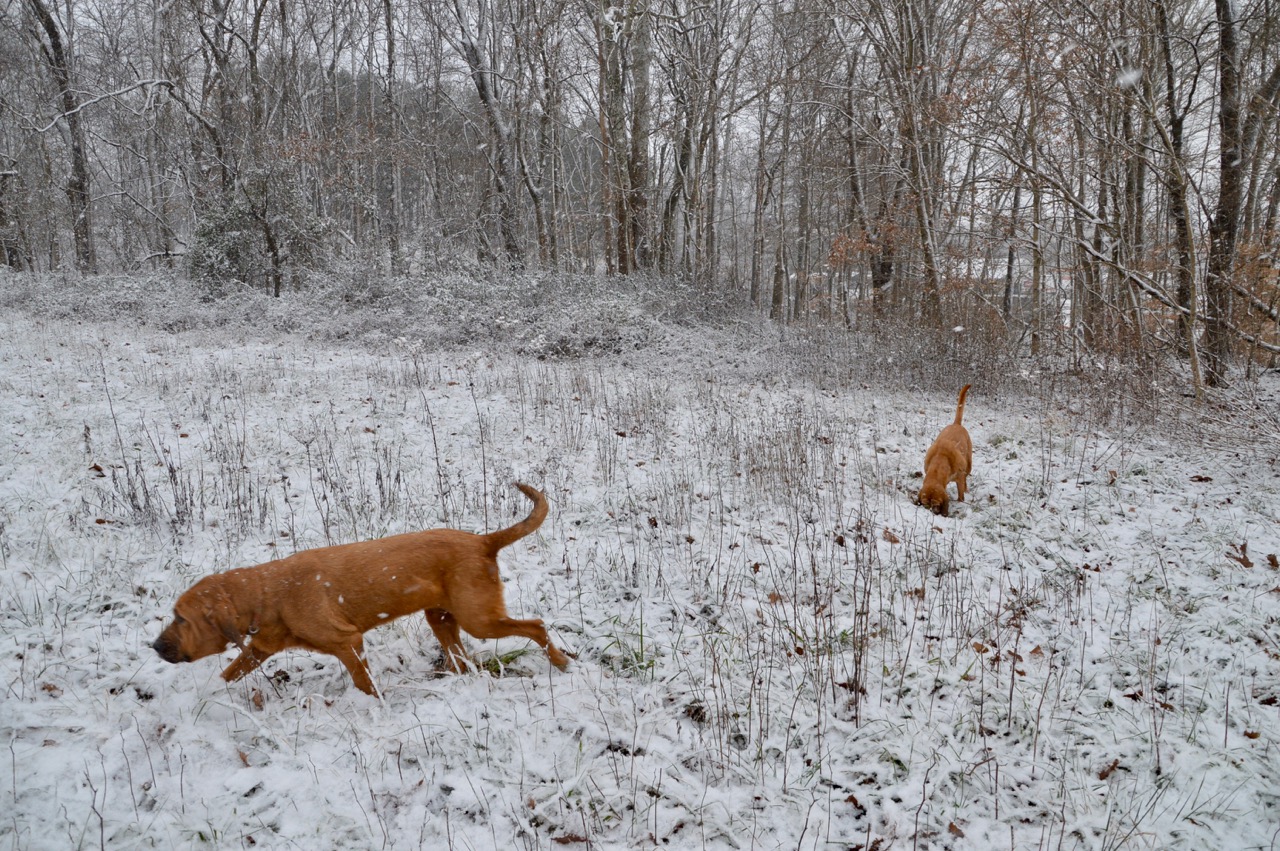 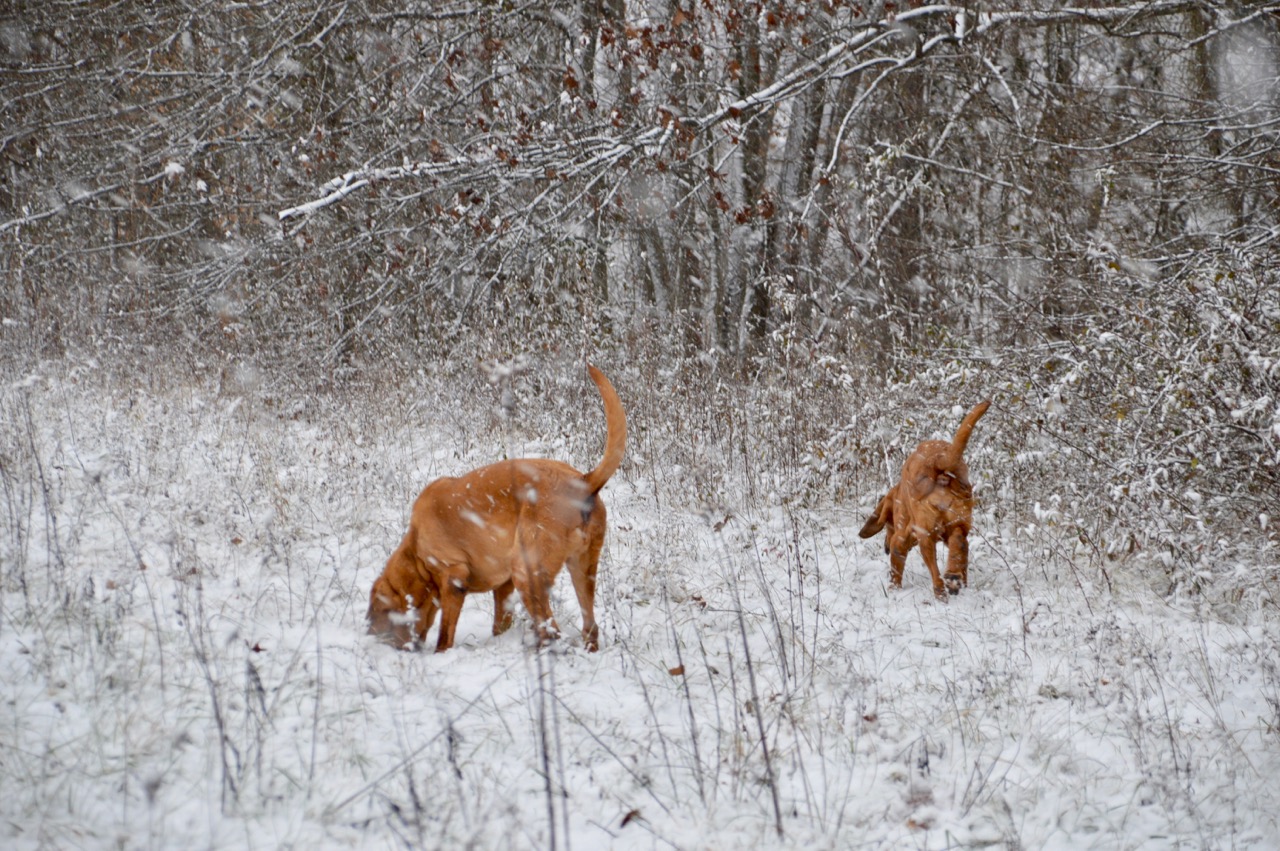 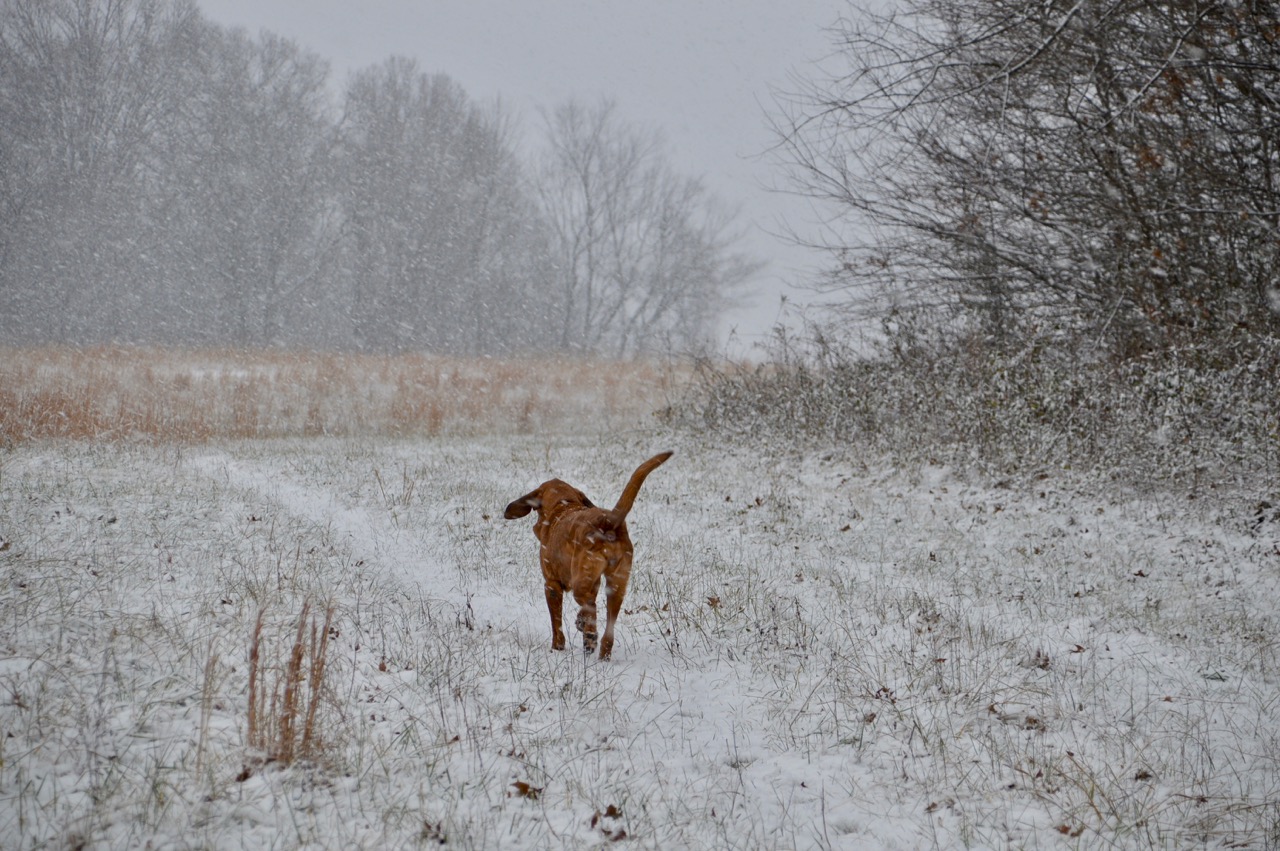 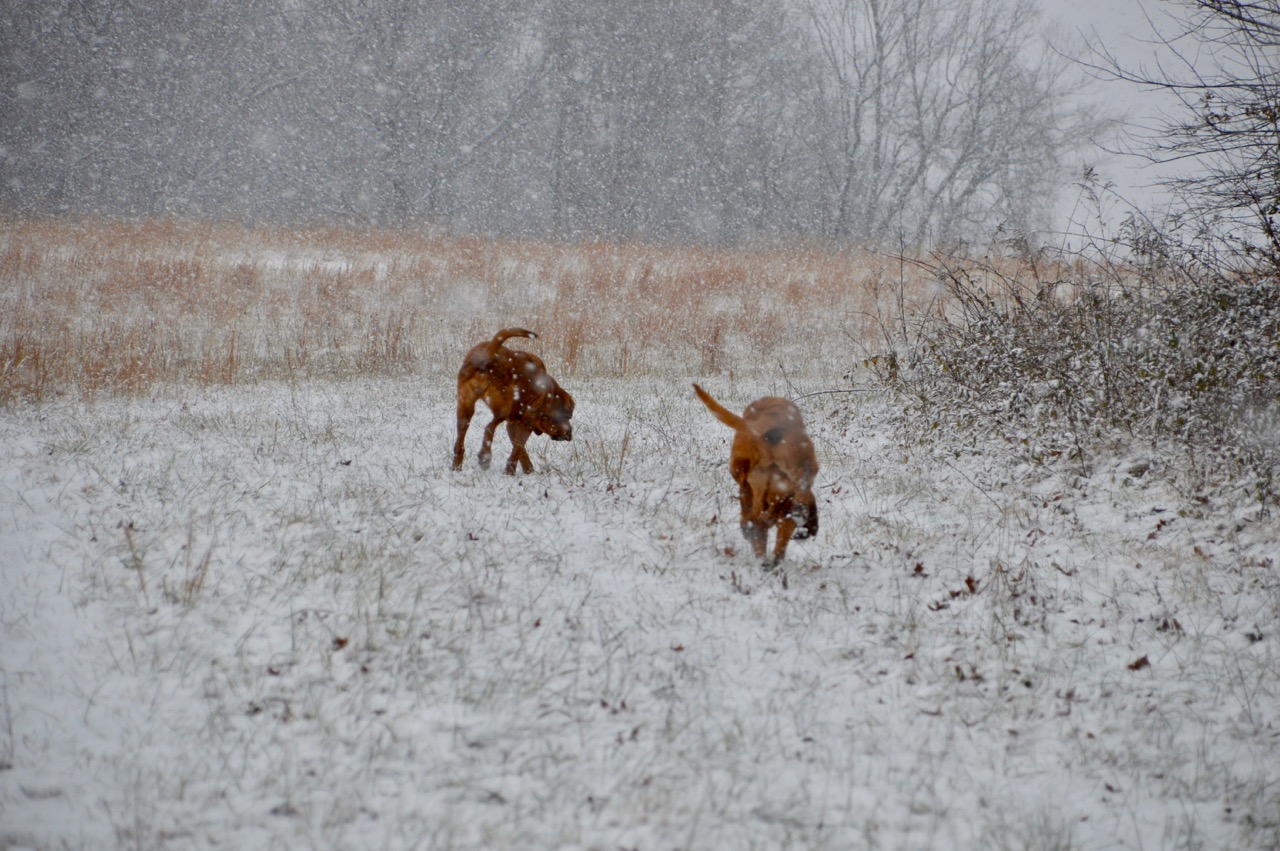 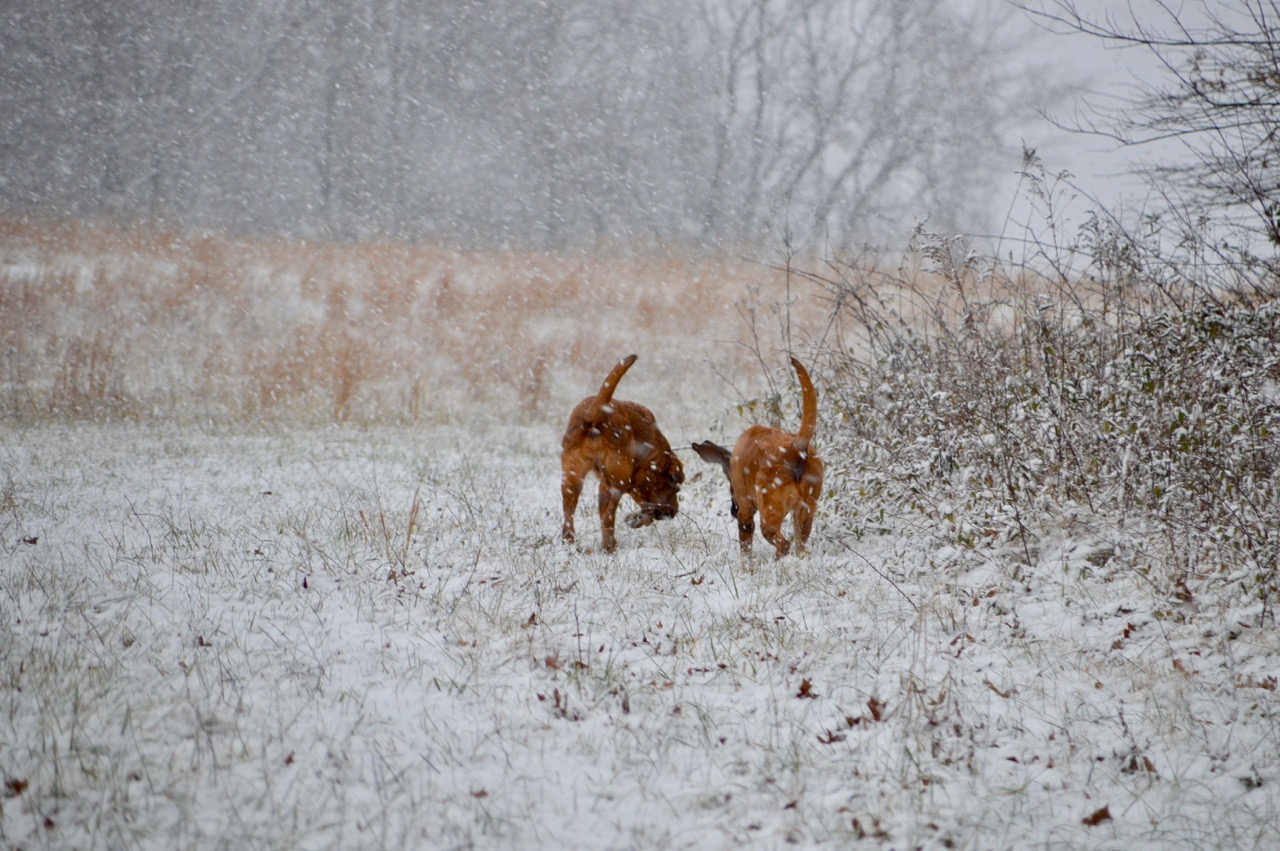 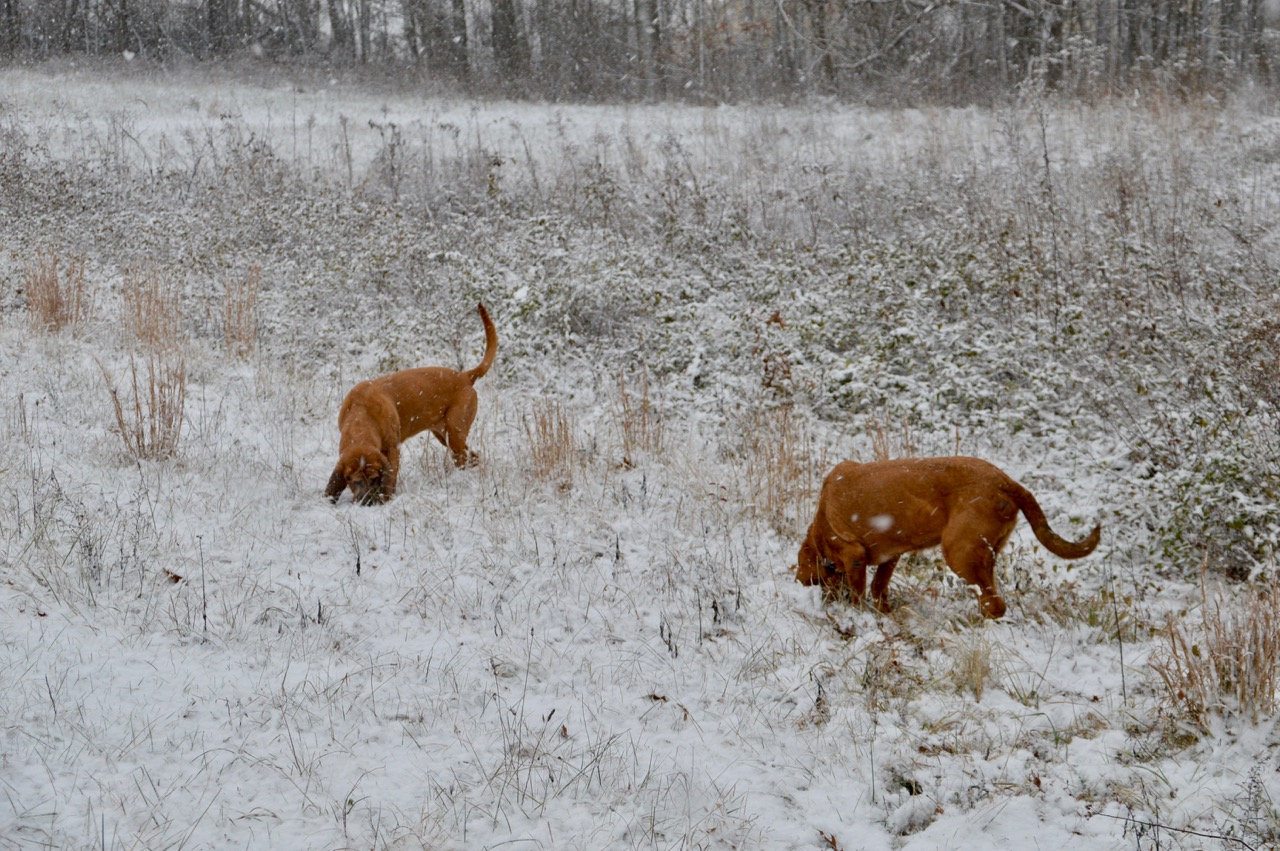 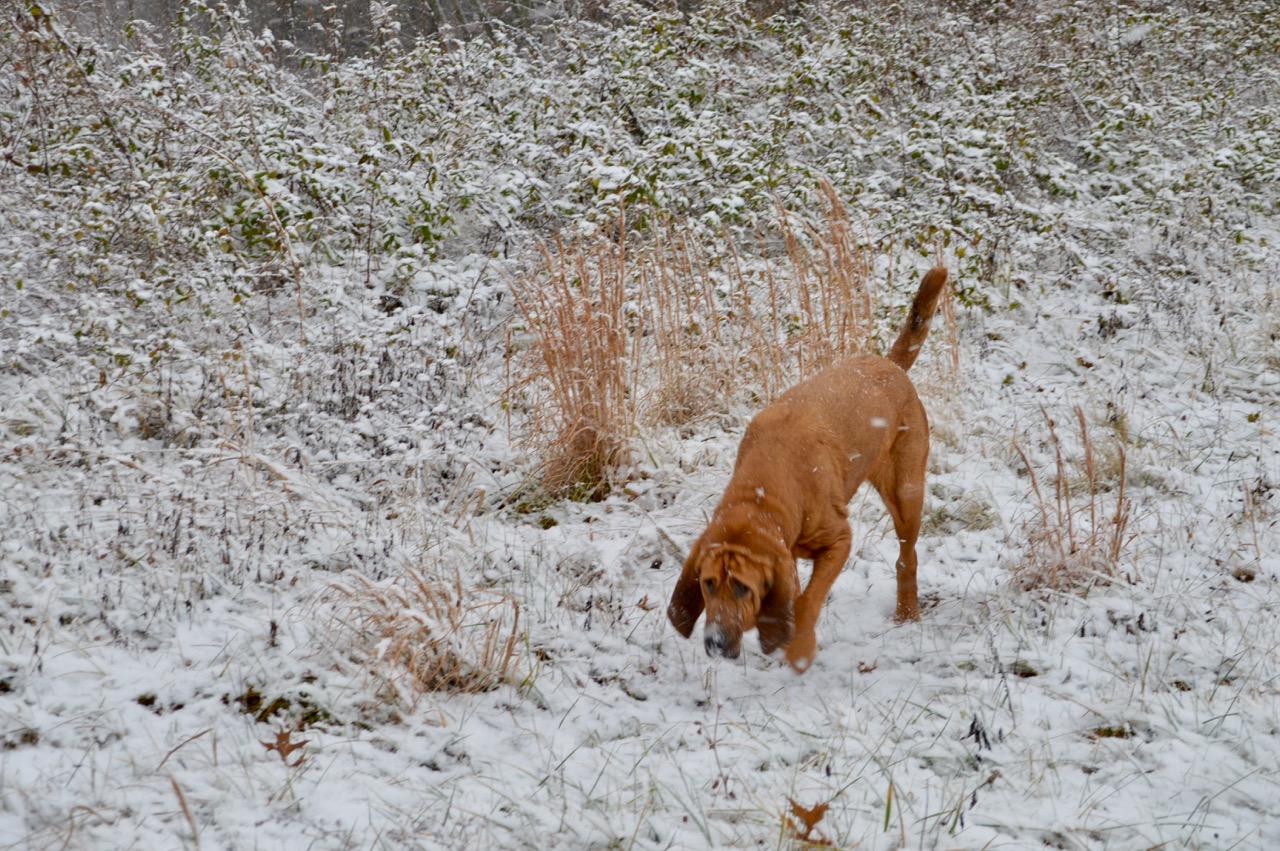 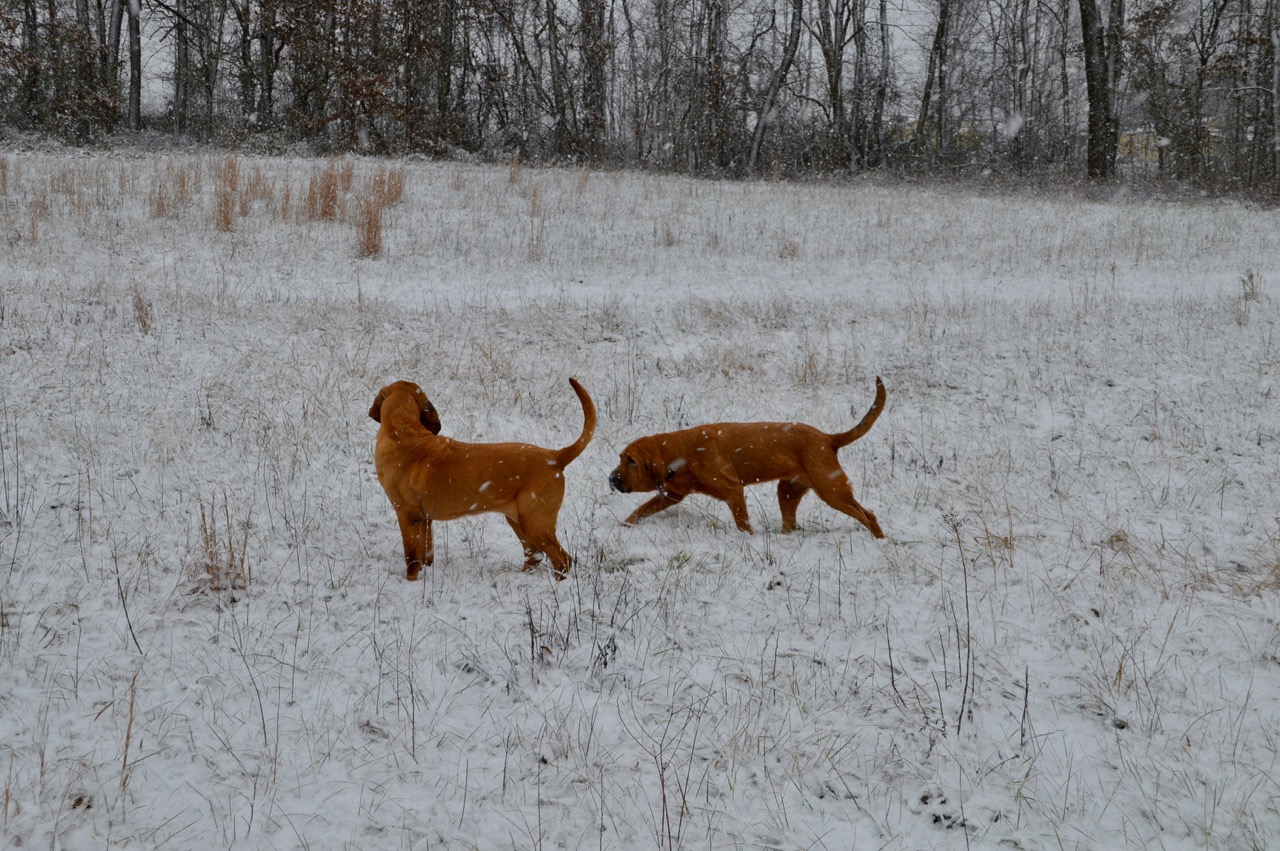 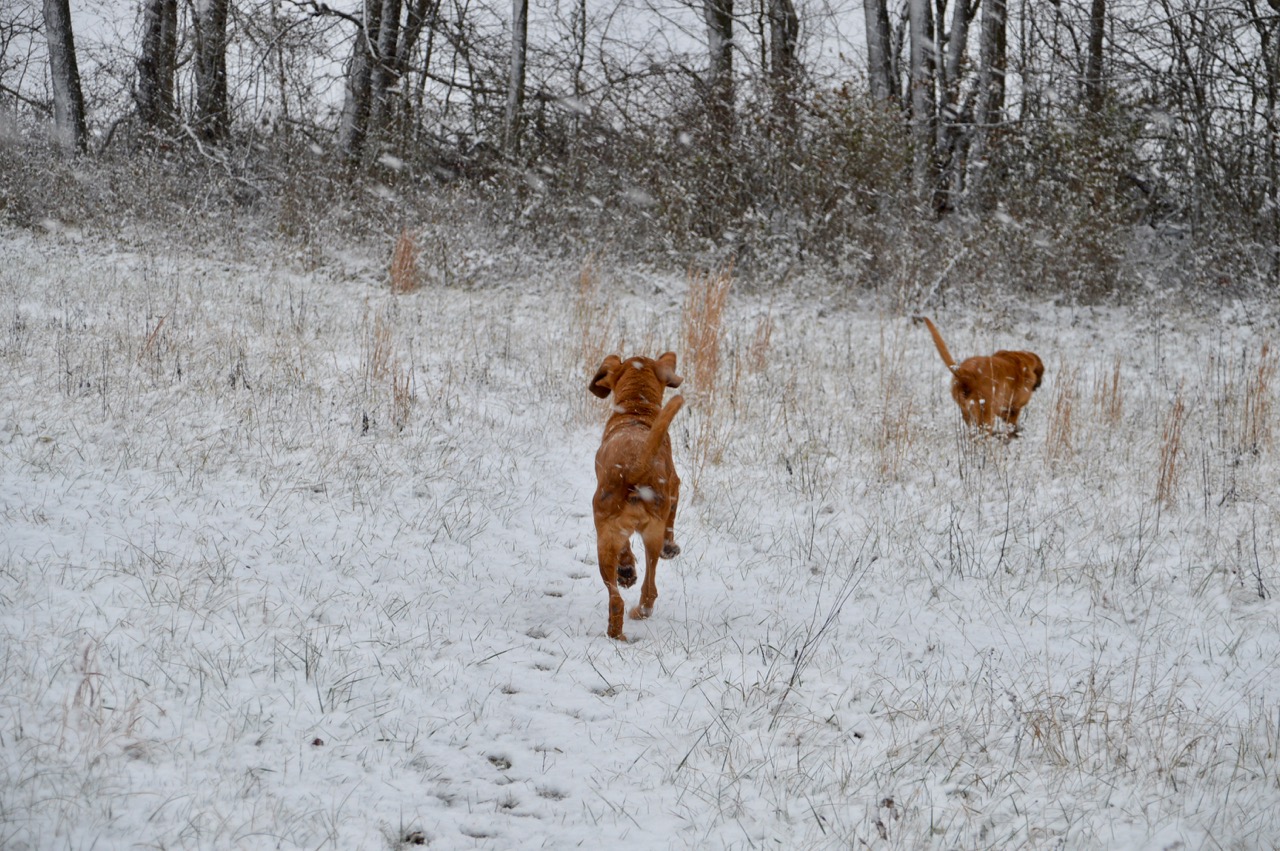 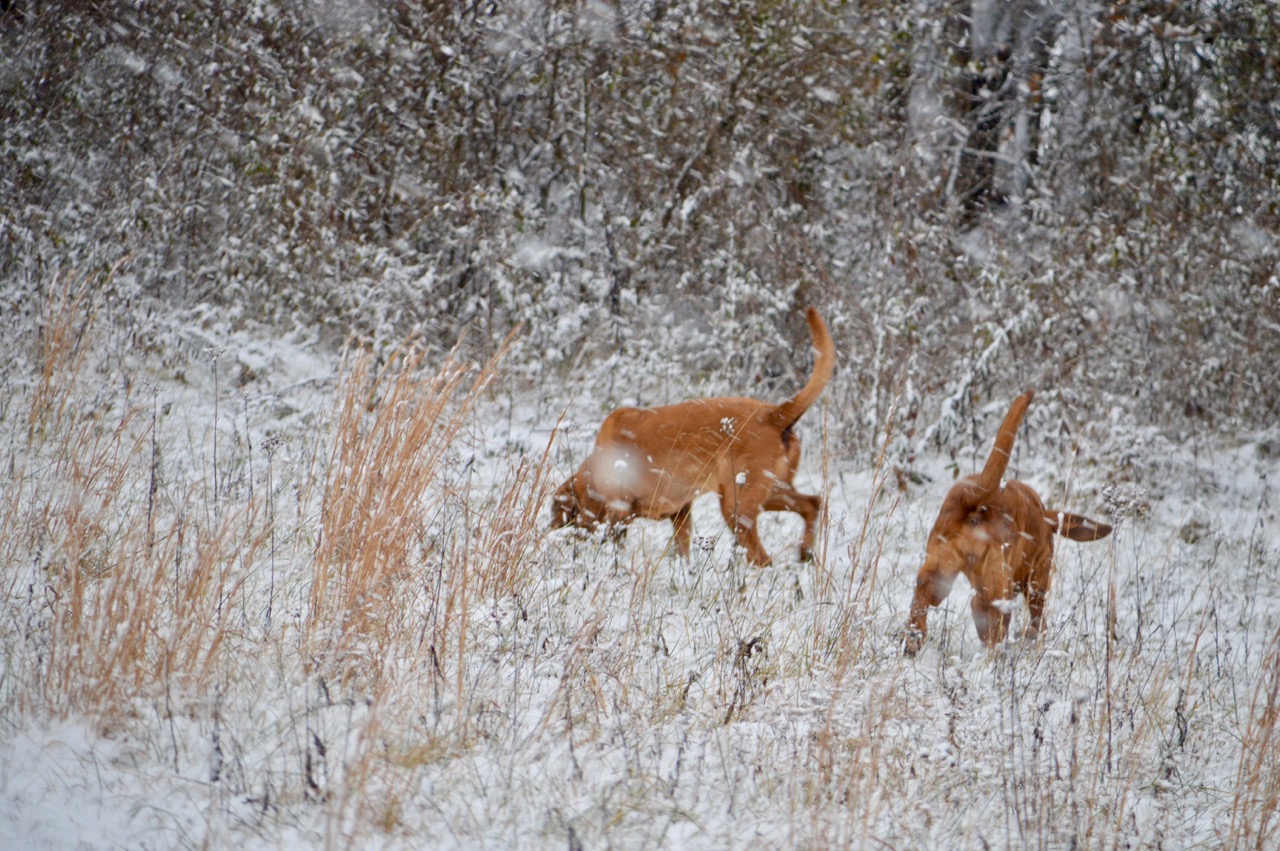 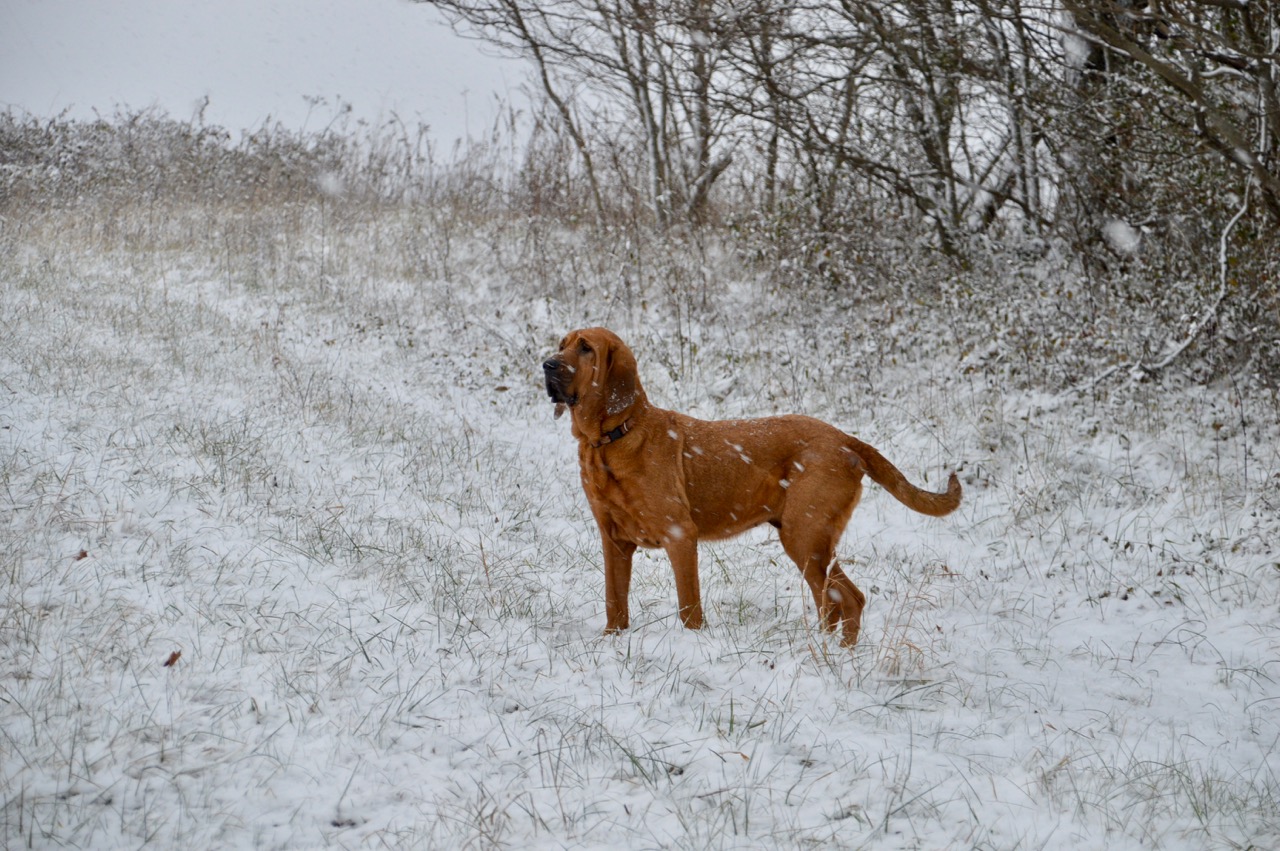 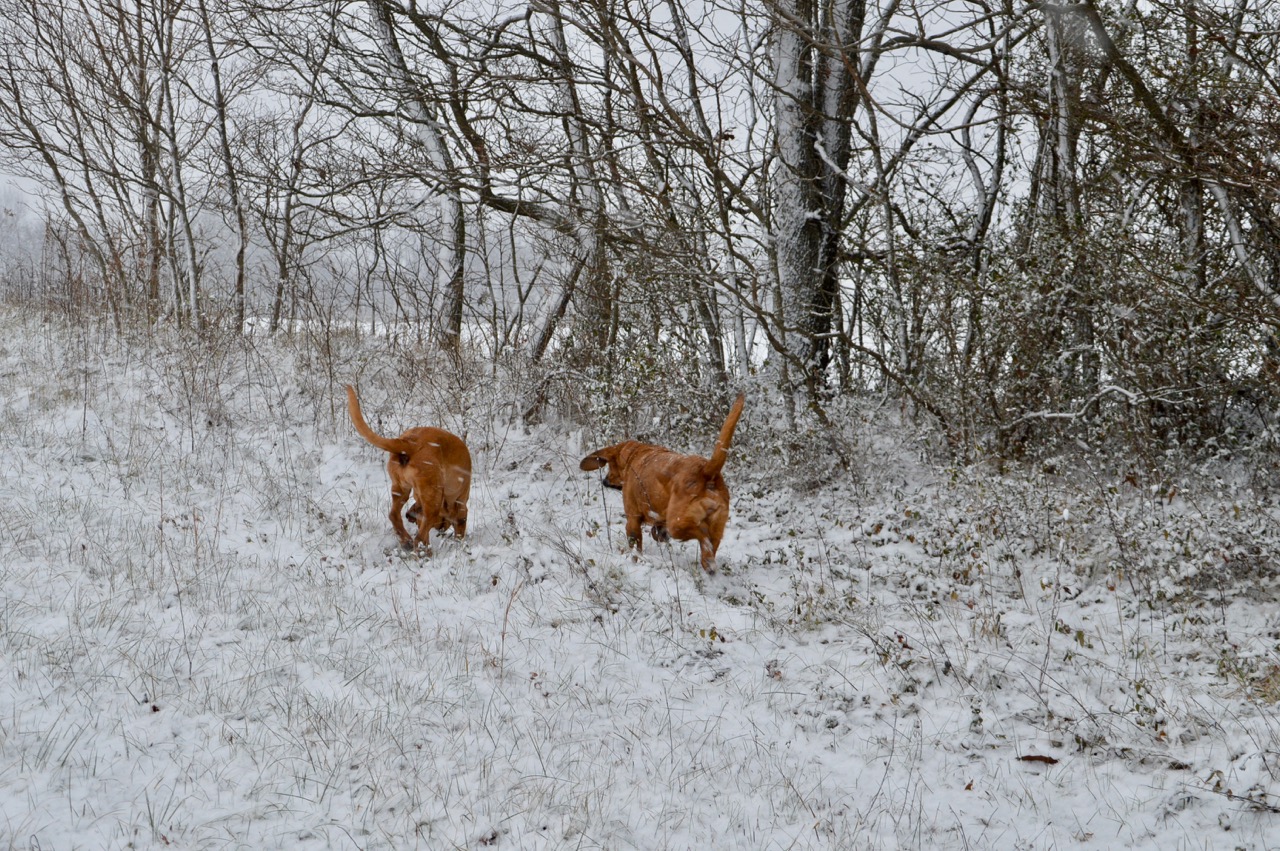 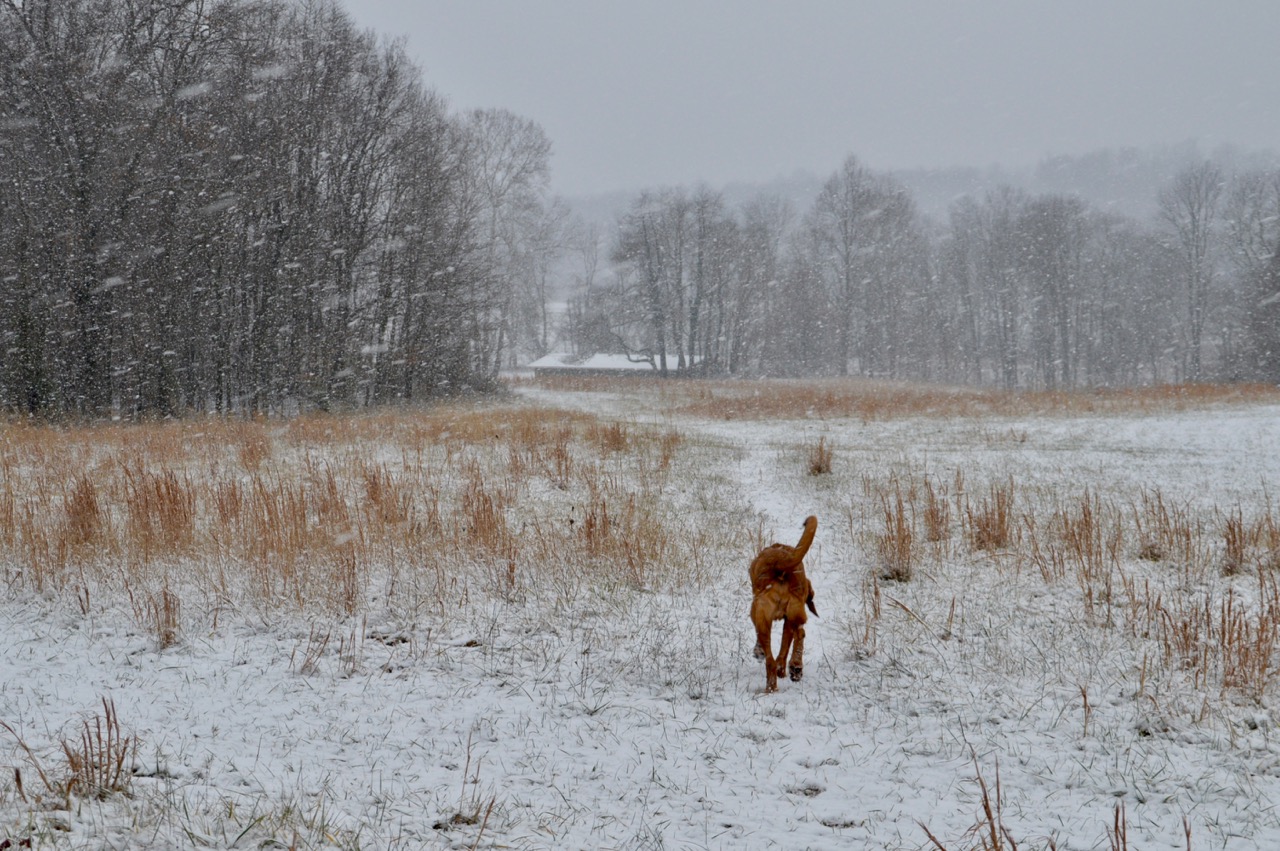 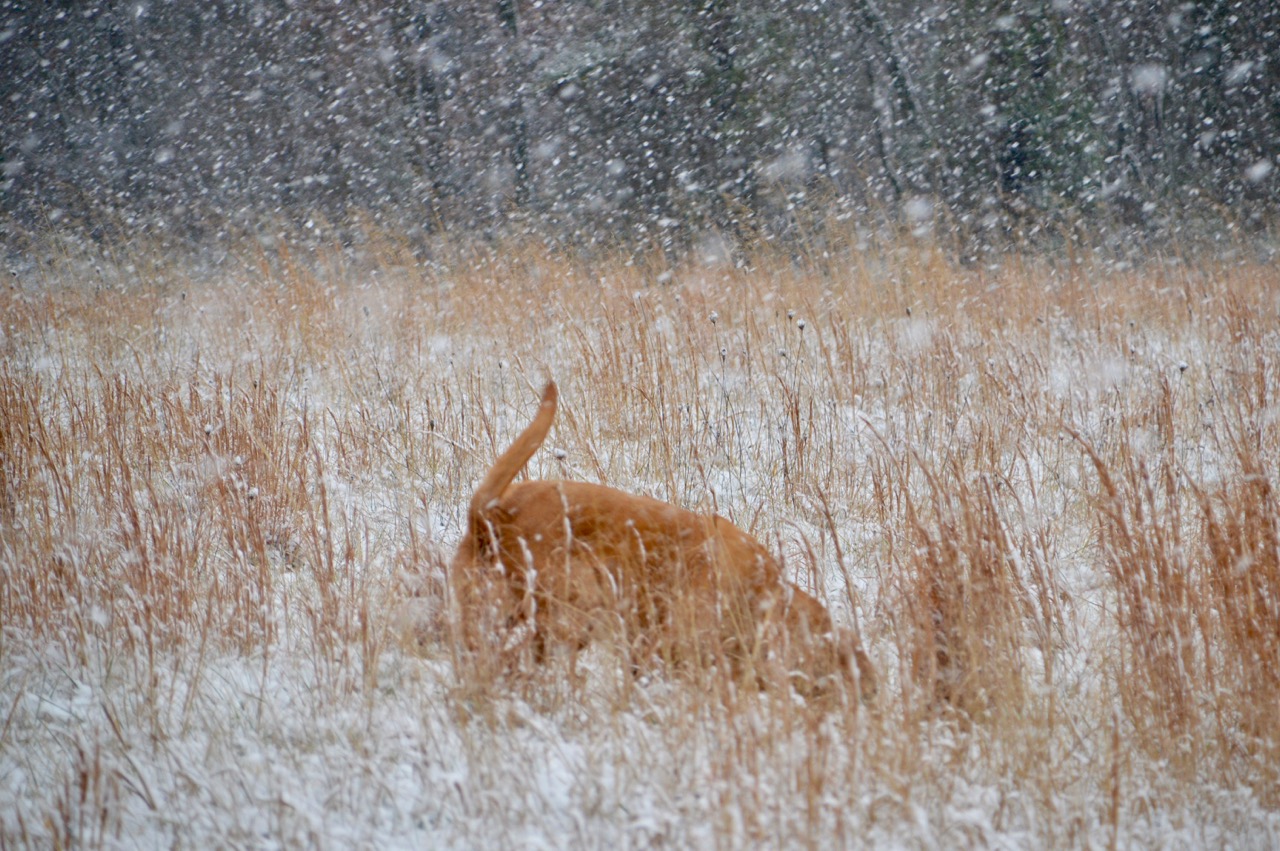 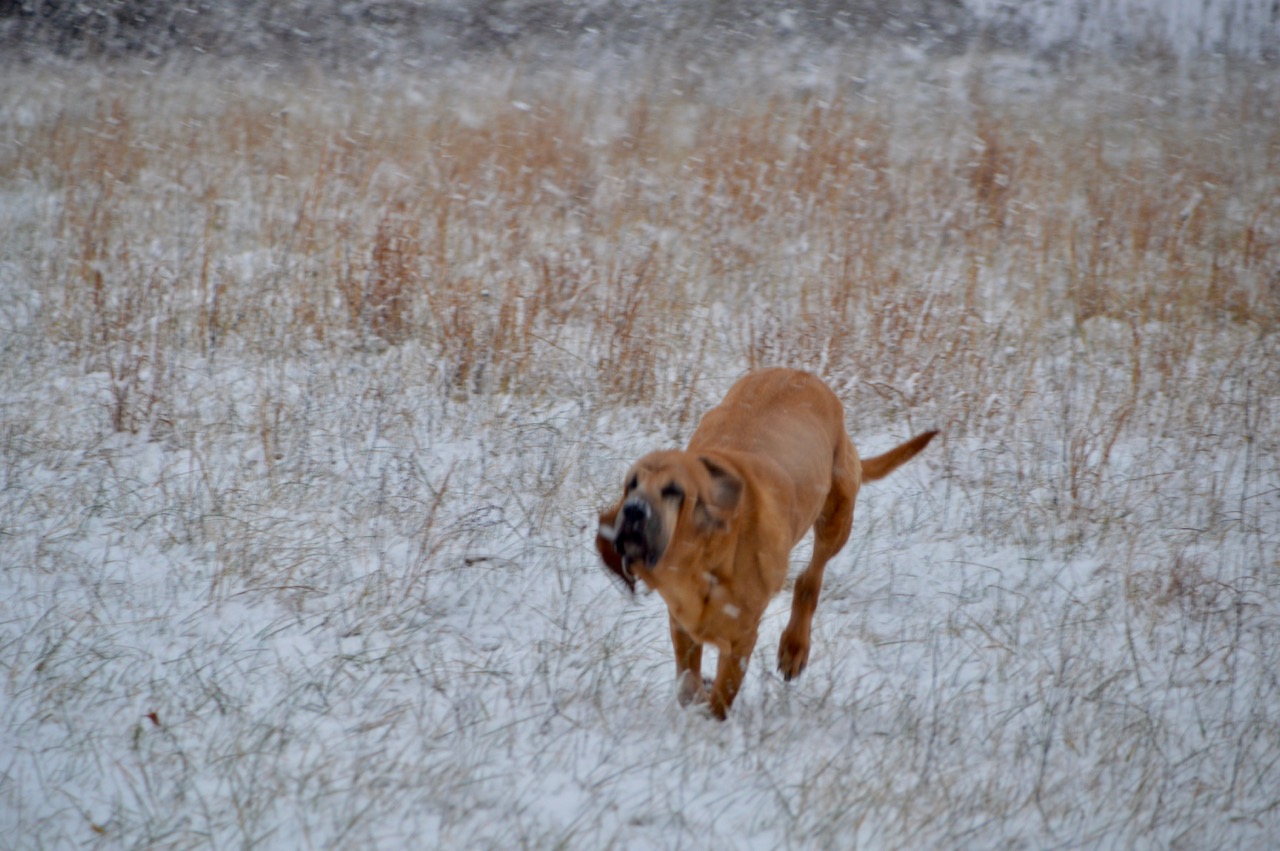 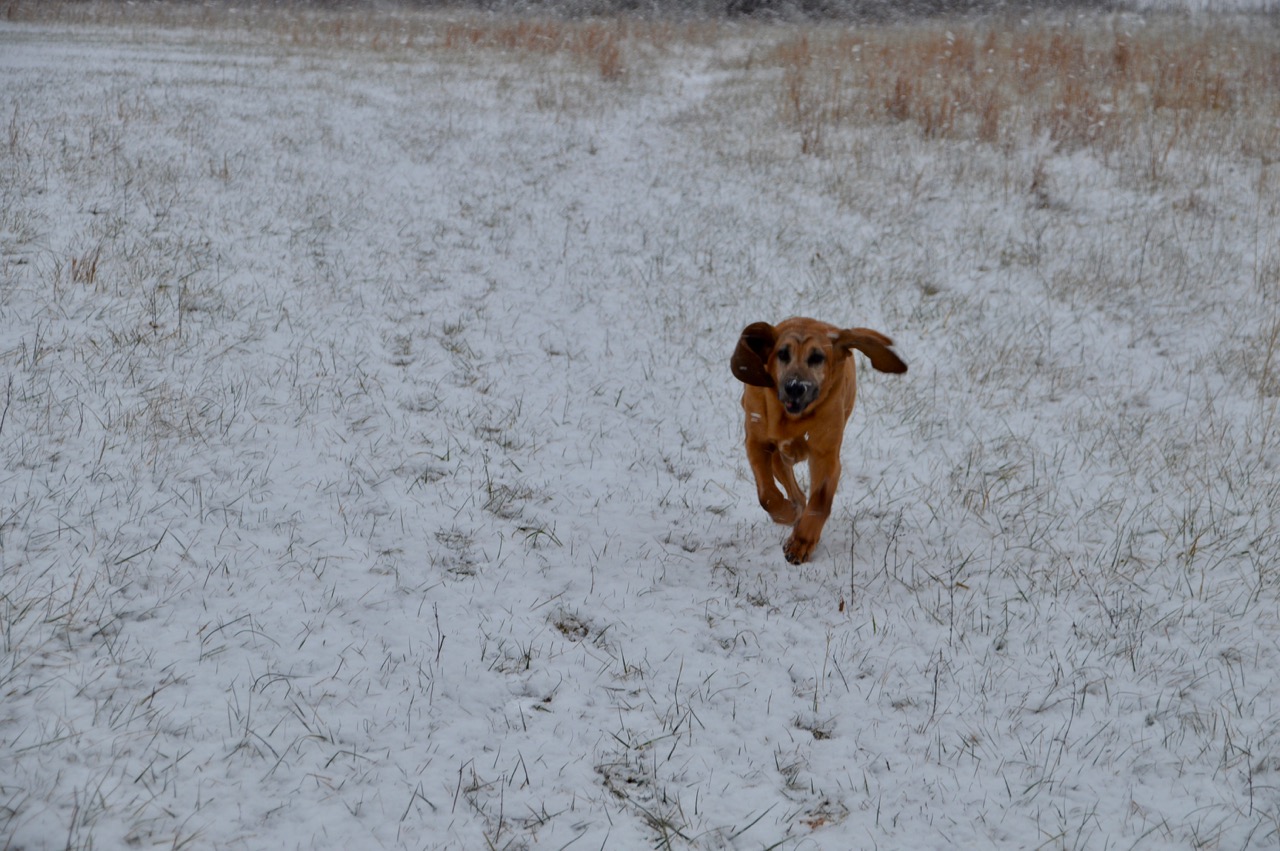 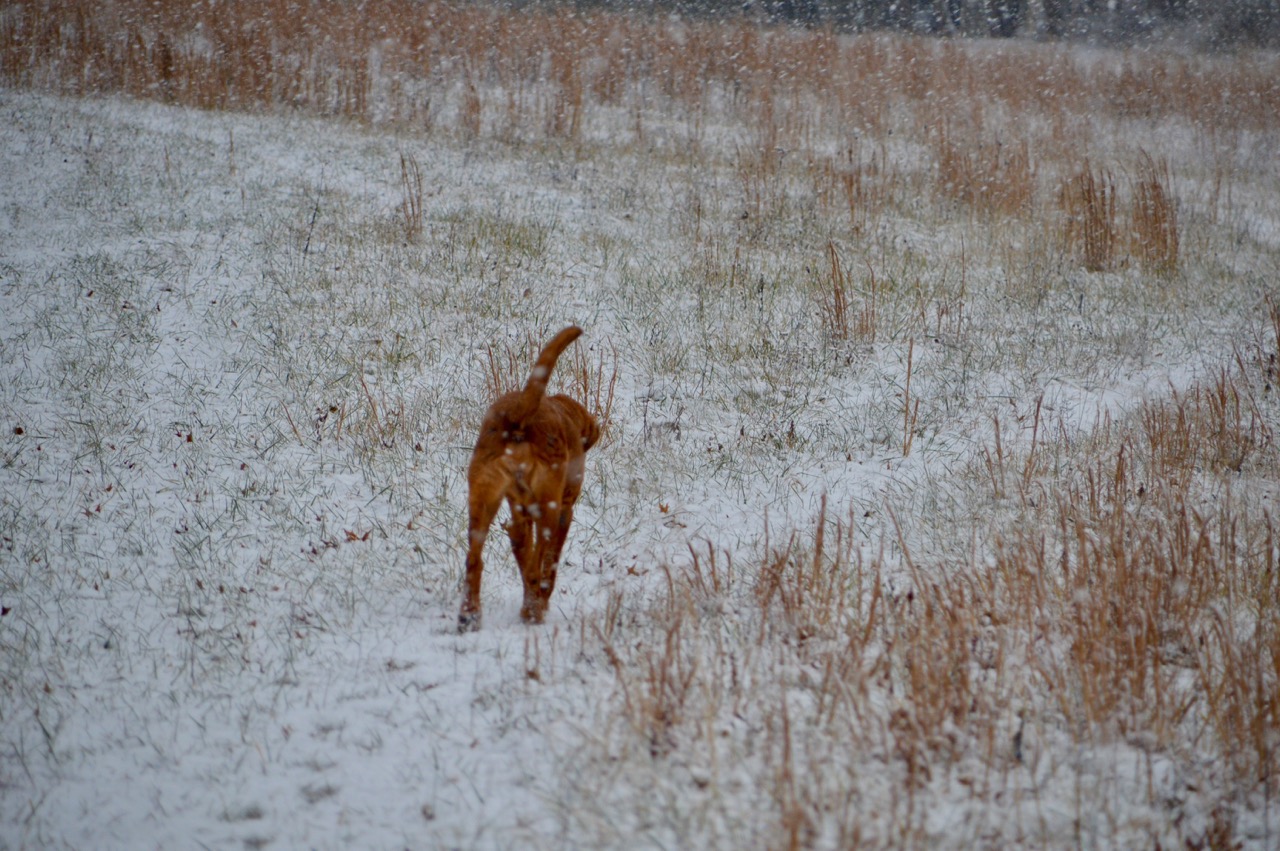 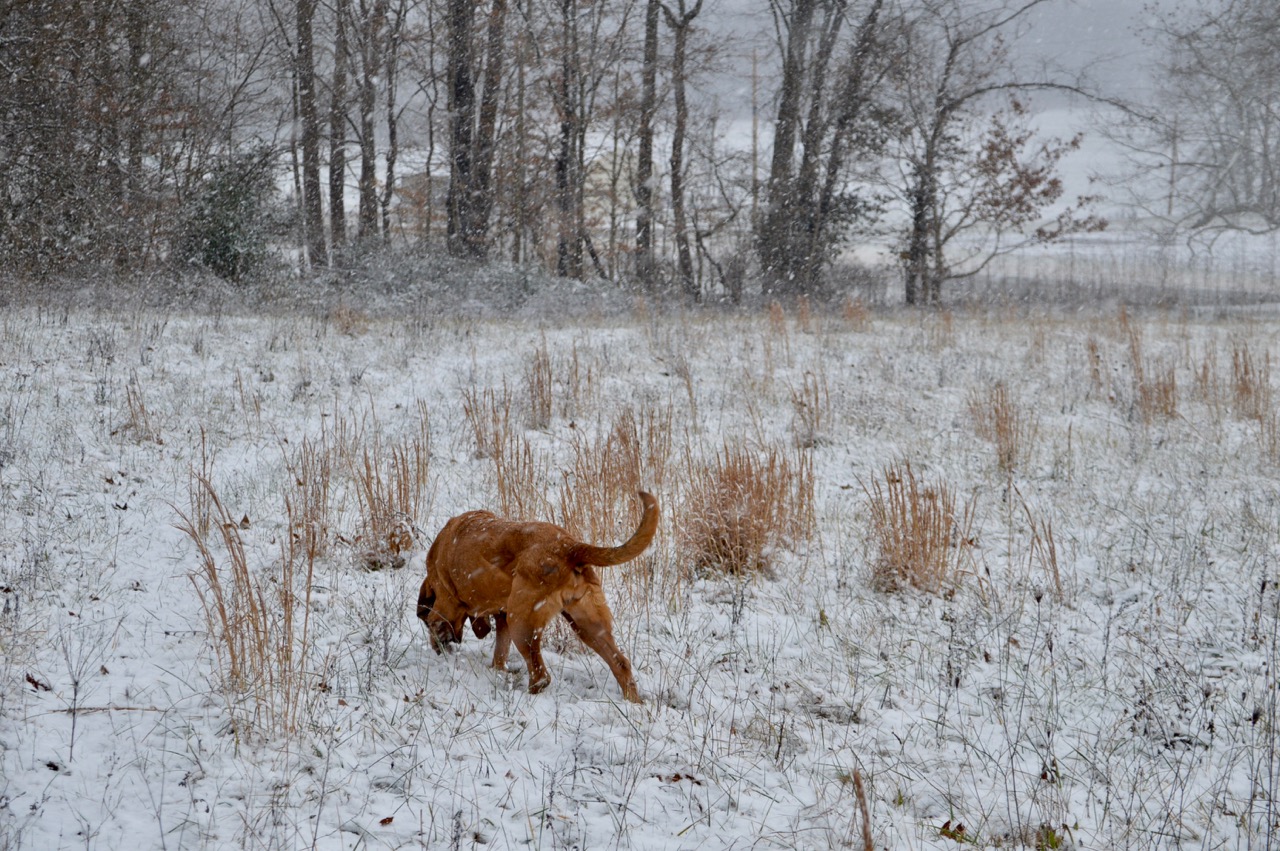 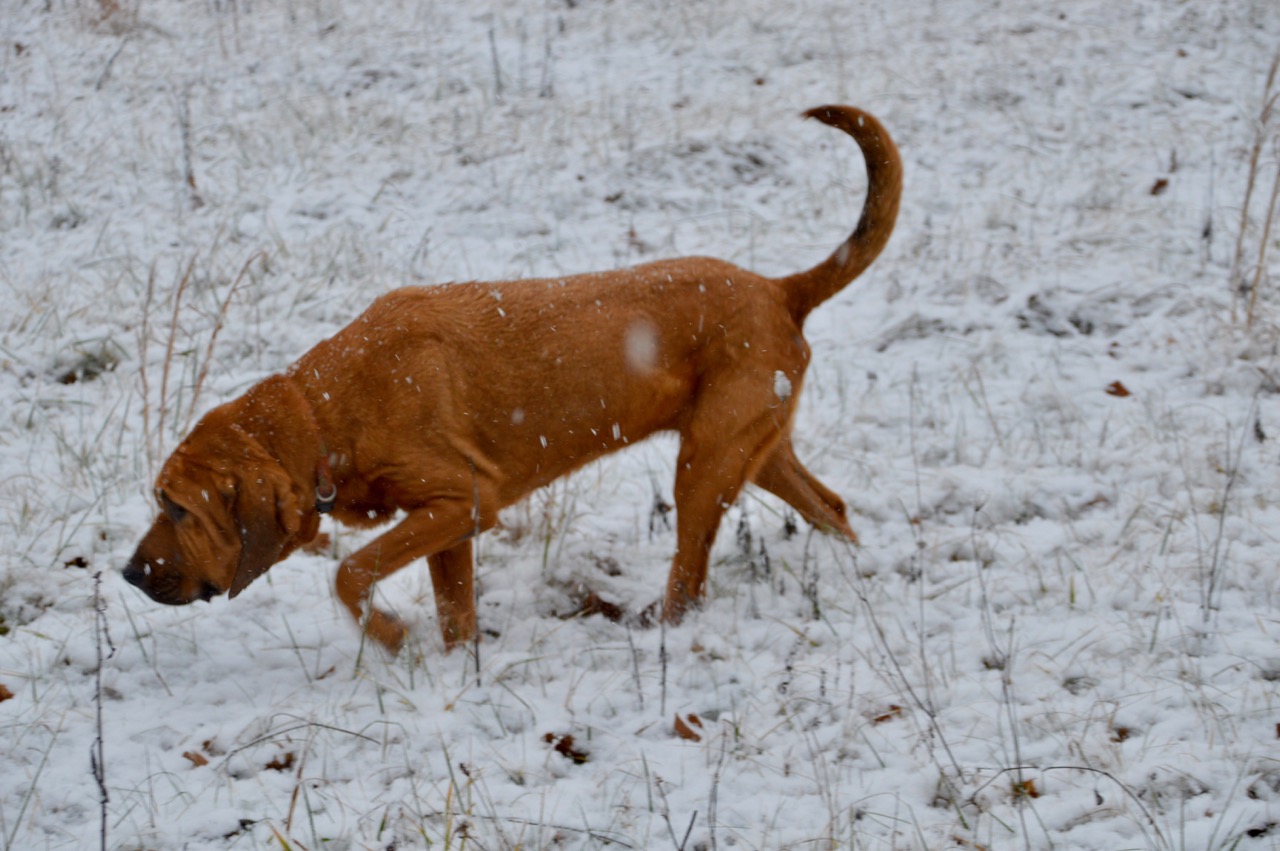 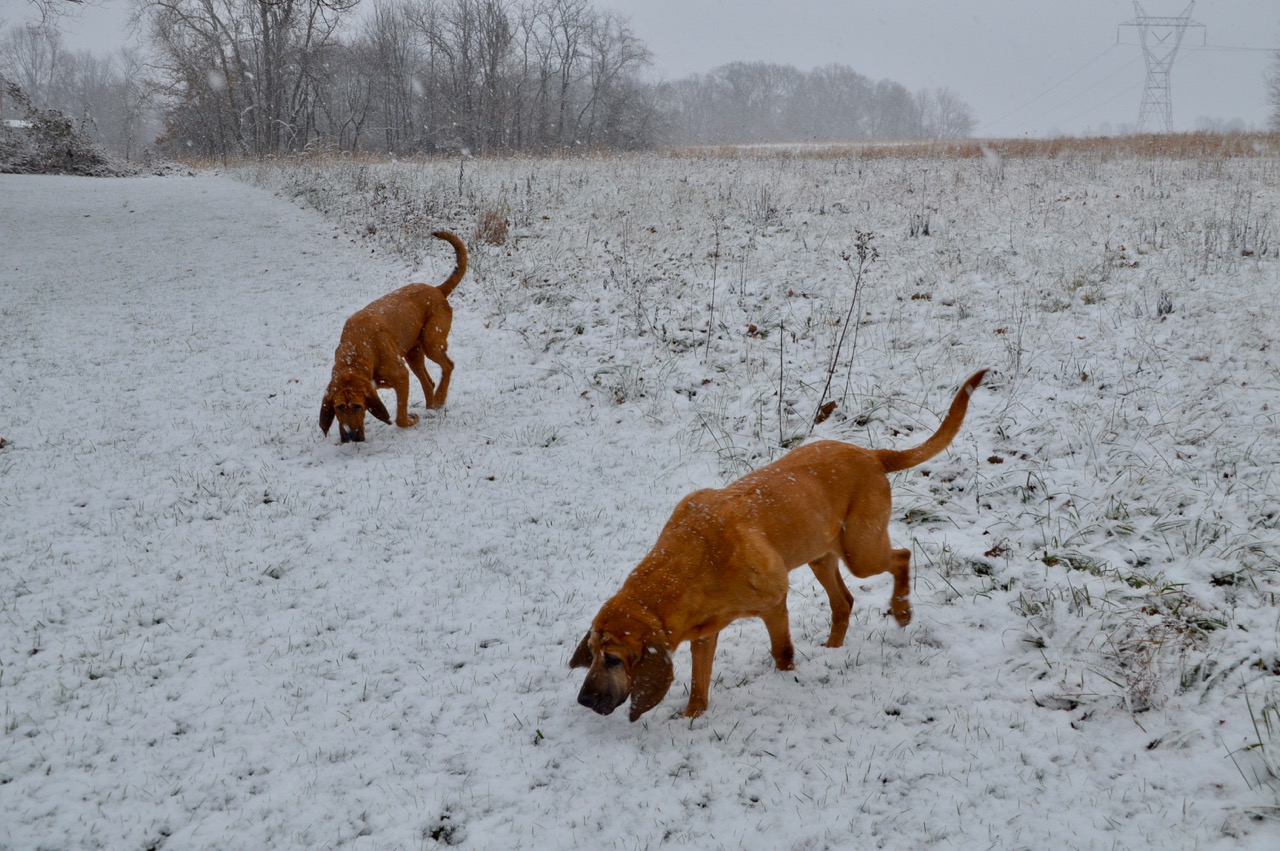 It needs to be at least an inch deep for it to be an "official" white Christmas but the hounds think it will have not problem reaching that depth and more by tomorrow morning. We will go out at midnight to check it out.

It has been 7 years since there has been a 'white Christmas' here in 'the tropics' of Southern Indiana.
at December 24, 2017