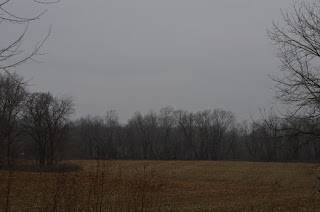 After Winston moved to the couch last night he slept soundly. Around midnight I decided to keep him there, put the baby gate in front of the couch and move my sleeping bag and pillow to the floor next to the couch. He slept through the night until 445am.

He yelped as I slid my hand under his belly to pick him up. That concerned me. His belly seemed "full", kinda hard. Bloated?? He did pee outside.

I tried putting him in bed once we got back inside but he was restless. I then put him in the gated closet area. We slept until 715am when all the other hounds woke us up. He yelped again when I slid my hand under his belly. He did NOT pee outside, just sat there enjoying the warmer weather.

Back inside as I was filling the dog bowls of food, he walked dragging his legs very very fast from the living room blanket to his food dish and ate his food faster than I had ever seen. Out of curiosity I let him sit there without any gate to see where he would go. He moved over to the dog food container as if he wanted more. Then he took off for the living room blanket.

Refused the water I sat in front of him, laid down and slept. Sadie slide in between Winston and the wall and slept beside him. 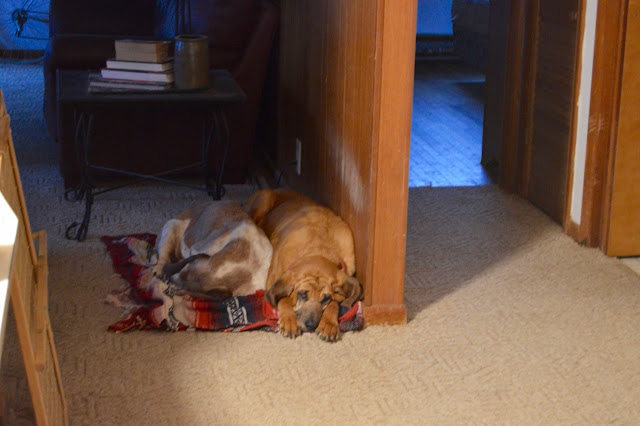 A short time later he started whining so outside we went. He sat for a second, started moving to his spot and had a large amount of pee come out of him. He did NOT yelp when I picked him up to take him back to the house. I put him in the chair, gated the front of it and he slept until 10am ... when he started whining.

I moved him to the blanket and gated it ... he has been whining a lot ... I think he needs to poop. 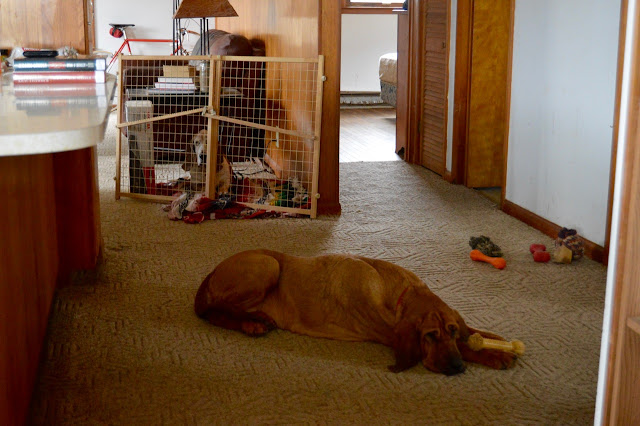 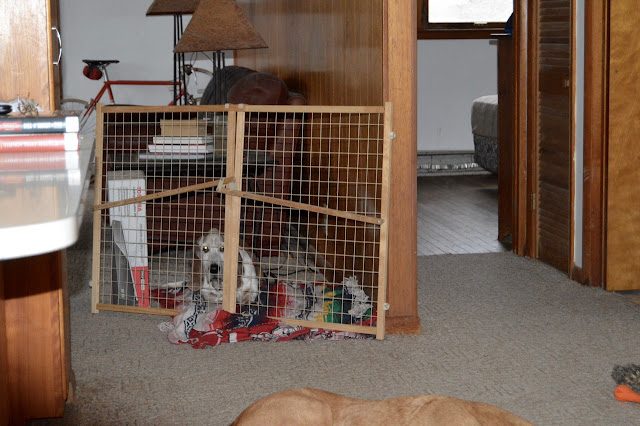 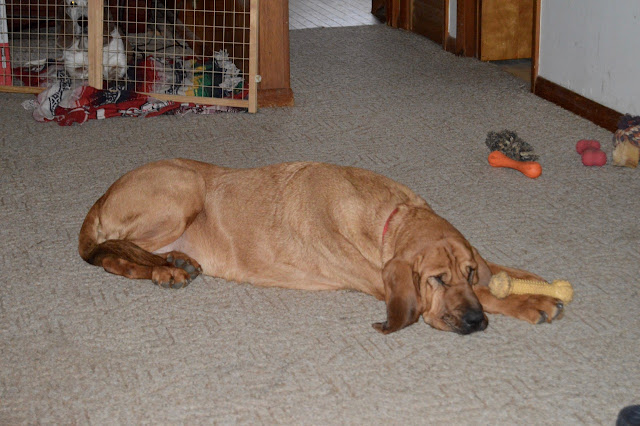 I thought instead of using a towel that was too bulky, a long sleeve t-shirt, wrapped in the middle with the sleeves behind my handles would work better. I had just ONE of them from 1977. It worked great,  he walked down the steps out of the house and to the carport. The sleeves were long enough I did not have to bend over while I pulled his rear paws off the ground. He sat and peed. He may not have been strong enough to keep walking, so I carried him to the yard where he had 2 firm stools. 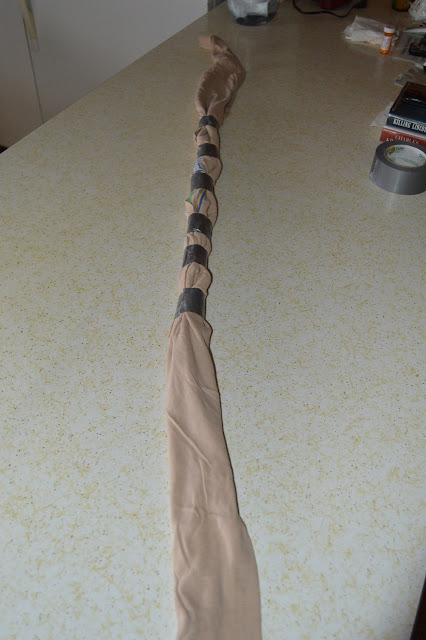 Before using the shirt harness, I called the Linton vet and asked if it was okay to use the harness and let him walk if he wanted to instead of carrying him. They said a "definitely yes". They also suggested getting one of those fitted harness that fit around his legs and hips for "different pressure points".

I feel so much better now than I did at 7am when he just didn't feel the same. I thought something was wrong when he yelped. 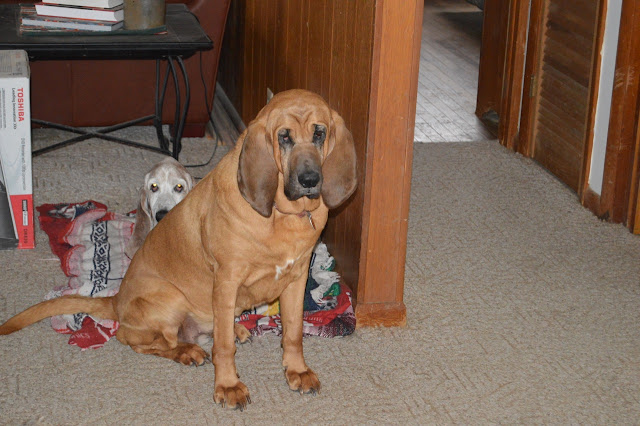 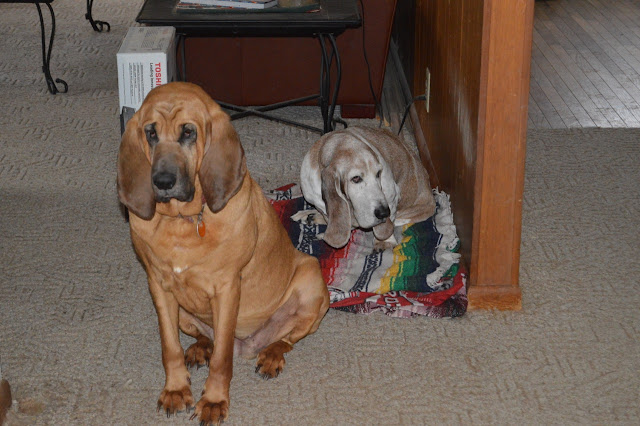 I have changed my mind and will be doing multiple postings per day. I just received two more emails about opening my blog back up for all to read. I might do that but under current circumstances it will have a different feel to it. It will be more like I am talking to myself, because basically I am while it's closed.