Winston Having A Great Monday So Far 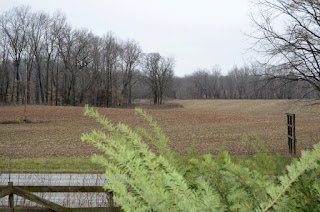 Even with my reputation of being able to sleep anywhere with any amount of noise around, I need to sleep in bed instead of my floor next to him. So to do that I need to wake up Winston when I go to bed and move him to the bed I had made in the corner of my closet with the same square feet as the area he lays on in the living room. I'll have to gate that at night so he doesn't wander off, plus eliminate the chance of one of the bloodhounds accidentally stepping on him if they hear him moving.

Or, I would have to move him there earlier in the evening before he settled down to sleep. He doesn't want that from what I saw and heard a few days ago after sitting up the closet floor area. He likes being with everyone and he should be out with us even when he is sleeping. So, I woke him up last night and he was back to sleep about two minutes after I sat him down in the closet area. I was able to sleep solid until I heard him moving around at the new normal time of 3:06 am. 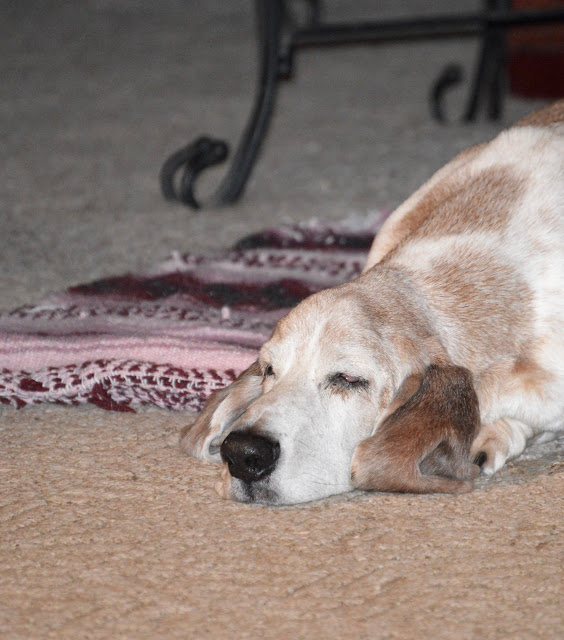 He waited while I put my jeans and shoes on. He waited until I went and opened the storm door. He waited until I put the taped rolled t-shirt under him ... and then, he went charging off wagging his tail, walking on his two front feet with me keeping his back legs off the ground ... barely able to keep up with his pace. Luckily for him and me, in this time of continuous rain, he as been going straight out into the gravel driveway and dumping his tanks pretty quickly.

So I sit here in the middle of the night, wide awake as he is back to sleep under my sleeping bag at the corner of the living room. Is it coffee time or do I go back and try to get some sleep? At 4:27 am, I am beginning  to think it's time to make coffee and start the day.

After 7:30 pm last night Winston started getting pretty feisty. He was starting to be his old self so to speak. When I say the word "walking", I mean until further notice, walking while dragging his back two legs unless I have the t-shirt under him to lift his hips.

Well last night after a good afternoon of sleep, and obviously feeling better, that he would start walking anywhere he wanted around the house. After the first attempt to move to the bloodhound's bowl of water I moved him back and gave him water. It wasn't 5 minutes later he took off toward the living room.

I moved him back to his blanketed area and explained to him the importance of keeping still. I put the barricades and the baby gate back up. I thought he was about to go back to sleep when I hear the baby gate being knocked over and he was trying to get out. Stella decided to come over and lay on the opposite side of him, with the wall and her on each side of Winston ... maybe she thought she could keep him from walking off. 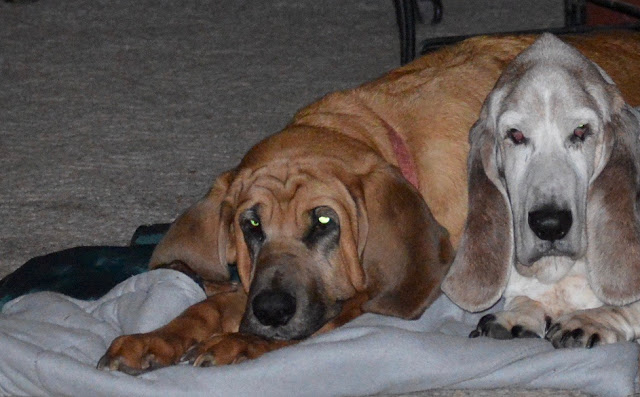 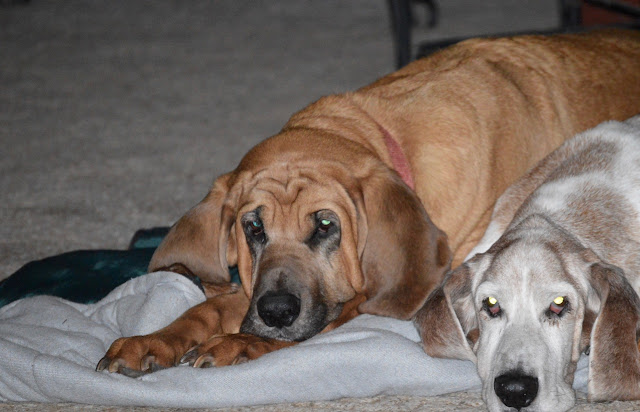 I think Winston is feeling better.

Yesterday my Britta Filter Pitchers were on overdrive. Stella has decided to make it a "drinking game" and she is consuming water just as fast as Winston is, although in much larger quantities. Winston has his excuse of "but I'm on Prednisone" while Stella is just Stella. With that large consumption of water, Winston peed more than I could ever imagine yesterday. Sometimes it was 2-3 times in an hour, with him letting me know he needed to go out.

Toward the end of the day he just started peeing on his blankets with the 6mil plastic sheet between the blankets and the carpet. He had not done that since he was a 8 week old puppy. He seemed not only a little confused about it but he looked and acted embarrassed. He would try hiding it by licking the blankets dry. Here he attempted to hid around the corner from me.

After reassuring him it was okay, the wet blankets were pulled up and thrown into the wash machine and a new set of dry clean blankets were laid down. Today is his last day of Prednisone being given twice per day, so I am hoping as the doses decrease that his water consumption decreases also.

As a side note to this, I looked at the times on my spreadsheet for the times he peed and really they were about his normal frequency, except for just a couple of hours. Before he was hurt he always went to the door for me to let him out anytime after he woke up from his many naps. This time seemed like more since I have had to help him walk outside and then carry him back inside.

I saw a little reflexive motion last night as I rubbed and massaged his right rear hip. His rear leg flexed a little more than Sunday morning but not without help and not anywhere near a full range of motion. He will lay on his left rear leg when sitting and when he is sleeping. He never sleeps with his rear legs stretched out behind him. Although he will drag his legs like that in the yard when looking for his 'spot' to pee.

One more day of rain today. There will be colder temperatures but sunshine starting on Tuesday ... I'll take that over rainy days any day of the week.

The other dogs are holding up during all this chaos. Of course Winston is receiving the most attention but I am keeping the routines pretty much the same for the other hounds. They know something is up and not right with Winston, so they move fairly quiet around him but are curious about what is going on with him.

About the time I decided to fix coffee, a little after 7:30 am, I decided sleeping was better. I threw my sleeping bag down on the floor next to Winston and we slept until 10:15. I did catch him a few times kind of rolling on his left side next to me to sleep and not just sleeping on his stomach all the time. When I opened my eyes he was sitting straight and staring at me with the "I want water" look. After a trip outside where he wagged his tail while walking to the door, we were both back to sleep until 11:35am.

The next time was a little different when waking up. Stella had decided to take over nursing duties and was laying right next to Winston but across the bottom of my legs - I couldn't move until she did.

So to say the least, it's been a quiet morning of recovery for him. He has peed on schedule, all outside. He had a great breakfast with a couple of tablets of Prednisone added to his kibble and has had all the water he has wanted. He has been sleeping while I've been wondering around the house, outside with the bloodhounds and on the computer editing photos. Once he wakes up I'll take him outside then came back inside for lunch, although Stella has been begging to eat since I got up.

We have about other hour before the rains finally blow out of the area. Windchill is down to 30° but I'll take that instead of pouring rain. Sadie and Stella have not stayed out long and did nothing more than this photo. Heidi ran outside for a 'pit stop" but was back inside before I could turn and grab my camera. She has been joining Stella today in the fight to have lunch, their last meal of the day, to be served at earlier time. By that I mean she barks while Stella howls. 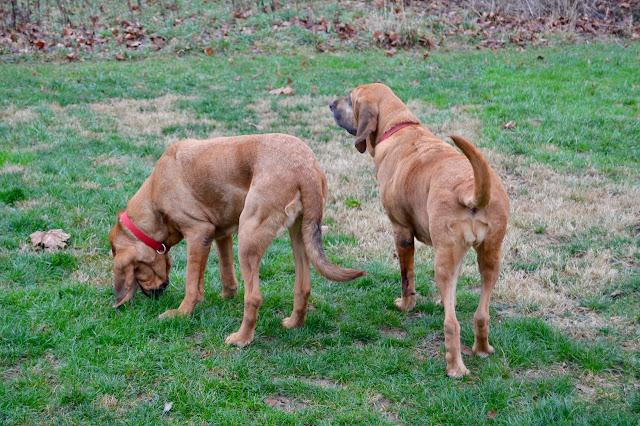 Sorry that this is all there is to blog about now, but currently it is the life with the hounds in the tropics of Southern Indiana.