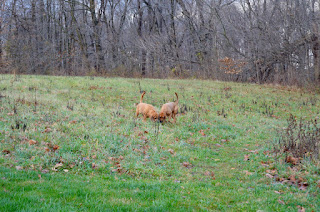 It's time to buy dog food for Winston, Sadie and Stella. I've analyzed this over the years to the point that I am tired of it. I know for good food and the best bang for the buck, Diamond Naturals for Large Breeds, 40# bag and $33 including tax is the best overall choice. I can drive right downtown 2 miles away and buy all I want.

All three hounds scarf the food up, they love it ... but they seem to love any kind of food put in front of them. Switching back and forth between Diamond Naturals and Fromm I have always noticed a change in their energy levels. Their stools are firmer. Their coats are soft and shinny. The bag will last 15 days instead of 18 days before I got Stella.

I am still so tempted to go buy a bag of Purina Dog Chow. Grain is the source of protein, corn etc. No meat but "meat flavor". That would give me 10 more pounds and $11 less. A huge savings. The propaganda train says that dogs HAVE TO have meat as their top ingredients. Then why is Purina Dog Chow still being manufactured after 80+ years?

Does the expensive, highly rated food prevent health issues? All 3 hounds have a clean health history.

Now Heidi is a different problem. Her skin allergies flared up beyond control in June 2014. The steroid shots stopped working after 7 days. We tried Atopica but it was said to be dangerous plus I could not afford the cost. I tired RESPIT shots but after 15 weeks there was little change. Did I stop those shots too soon? Those shots did make her lethargic thought.

She has been on the most expensive and no grain food there is over the past 15 months. Even longer but never changing the past 15 months ... except the brand/mfg. I have a spreadsheet to track her skin condition, changes in food, any supplements, etc. Her skin never really changes. She still chews non stop, itches, craps in large amounts ... more than any of the other three hounds. In the mornings her skin looks the best ... by late at night it can be flaming red with raw spots where she has chewed.

I thought of putting her back on Earthborn No Grain, but looking through my spreadsheet I saw no differences than now with her on that food. With the Diamond No Grain we just switched to on November 30 she seems to itch and chew a LOT more than before. I could buy her a new bag of something else and have the other three hounds finish her Diamond No Grain. A 15# bag will last her a month.

I was thinking last night "what if ... ", I was to change her to Purina Dog Chow and it worked!!! What if that would happen. What a joke that would be after spending close to a $1,000 in meds last year on her and nothing really worked. 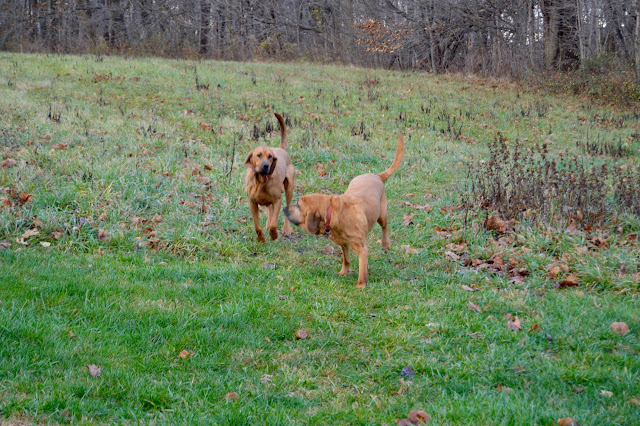