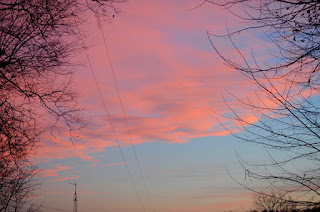 DEC 23 - FOR SOME REASON THIS WAS MOVED TO THE TOP AS A NEW POST PUBLISHED WHEN ALL I DID WAS UPDATE IT. NOT SURE WHY IT MOVED UP HERE.

When I finish writing this I hope I remember to click "Close" instead of "Publish". It will be hard to do I am sure, after 4 years and 2 months of posting. This is my first blog post here, written in advance since I will not change the status of the blog from Public to Private until tonight. I had comments and emails after my announcement last night. Still, I think it's the best decision to stop the public side of the blog.

Yes, I know it will take the same amount of time to edit photos, write a narrative in a private status as it does now. The major difference is, the blog will be for "my eyes only". It will be more of a personal journal now, where I can read it in future years after my memory is shot. It will be a place I can store photos of the hounds and what they were doing when the photos were taken. It will be like the handwritten journal I wrote in 1976 during my summer bicycle trip. I still look back in that and read it sometimes.

I can now write and post photos without being judged, without letting people know the ups and downs in my life. I was way way too open in previous years expressing my thoughts and "rambling".

On the other side it's sad in a way. It's like I am moving out of a neighborhood of great friends. Or moving out of state where I will know nobody once I arrive at my new destination. I'll have less communication with the outside world, except those on Facebook that comment on my photos or those that send me an email.

I've noticed the past couple of weeks of two other bloggers "closing shop", more than a few bloggers that I follow have almost stopped blogging and haven't posted in 3 weeks or more. RVsue has to constantly remind her readers that she would like to not be bothered if someone sees her camping and finding her location based on what she blogs about.

A few of the long time bloggers that I started reading 4 years ago have stopped blogging without an announcement ... they just disappeared.

So it's done ... I mean it will be finalized late tonight. "Hounds and RVs" is going private.

When I returned home yesterday from a short trip to the library and lunch in Linton, I am shocked to see two different dog's teeth laying on the dog bed. The hard Nylabone was laying on the floor next to the dog bed. I could tell who they belonged to and at first it scared the crap out of me because Winston's mouth was full of blood and I had no idea how long he had been like that.

So I washed them off the best I could, loaded him into the FJ and headed to the vet. Thankfully all is good. The vet was not surprised nor shocked. He gave me a week of antibiotics, gave him his annual rabies shot along with a inspection. Winston's heart is very strong, great coat and good muscle mass he said. He said that Winston will let me know when he needs to have me soften his hard kibble. There would be no problems with the roots that are still attached to his gums, broken off from the teeth.

He drank a lot of water before we went to the vet so his mouth was washed out pretty well and the bleeding stopped soon after.

Winston had lost 12 pounds this past year but Scott (vet) that was not a problem and that he looked good. He said it was normal for them to lose weight as they got older in some cases and for me to keep doing what I had been doing.

Well I have a bunch of photos to load from the past 12 days of not blogging. I also have more "in advance posts" to write since I will try to keep each post on one subject at a time. It already feels weird because when I finally do "publish" this post, no one will be reading it except me.

Should I continue to end this post and future posts with "that's all from the tropics of Southern Indiana" ??
at December 23, 2015
Email ThisBlogThis!Share to TwitterShare to FacebookShare to Pinterest
Labels: Blogging, Private Blog, Winston's Teeth