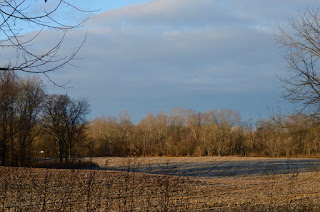 It was my fault and maybe not just from today when I left the house. I came home after a short trip for groceries and gas. He had blood on top of his nose when he came back inside and I thought at first he had possibly ran into a stick or something sharp in the field to cut his nose. WRONG.

As I walked into the bedroom there is one of his molars laying on the floor and sure enough under the same hard Nylabone I had left for the hounds to chew, laid his other molar. I was simply sick about what I had done. I had forgotten about his teeth and the hard Nylabone!!

Talking to my friend last night that is the retired dentist, I mentioned that Winston lost two teeth the other day and one of them had been pulled out by the root. He explained that was not what happened. The good gum material is or was running away from the bacteria (plaque), thus his teeth would be loose. So they practically fell out.

Now today with those vacant spots on his gum it wouldn't have taken much to "roll" those molars to the point of falling out of his mouth. I keep thinking it's my fault because I never took care of his plaque problem when I first noticed it years ago. I always thought feeding kibble  and having him chew hard bones controlled the plaque problem.

He still ate all of his dry kibble with on issue. 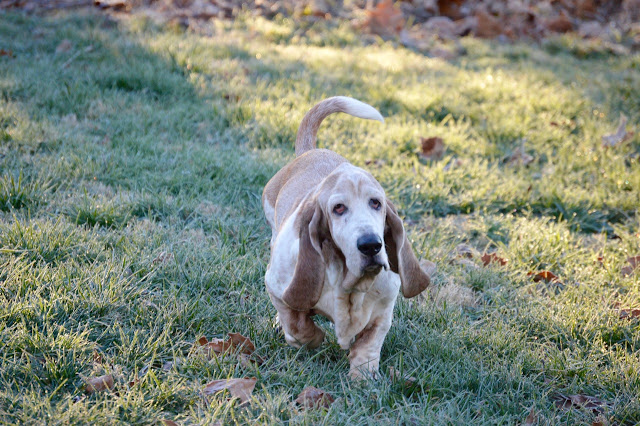 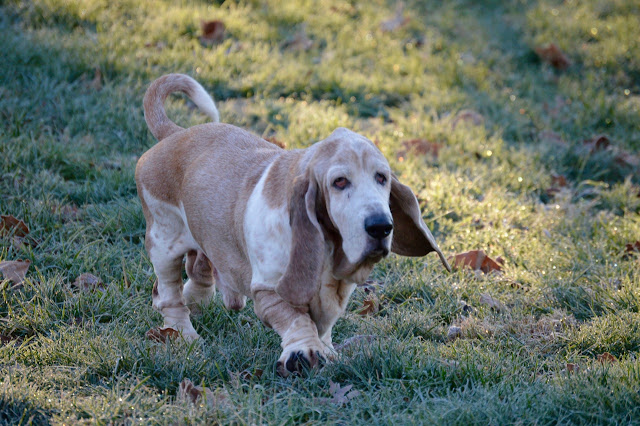 It does look like the new 4Health food for Heidi is going to work. Her skin has improved and she definitely itches a LOT less. In fact he hardly itches at all anymore.

Stella did not have any separation anxiety again today. I was gone for almost an 1-1/2 hour. When I opened the bedroom door she was barking/howling at Winston trying to get him to play. I wonder if they fought over that Nylabone?

Sadie's coat, as well as Winston's and Stella's, remain very soft even after switching food from Fromm to Diamond Naturals.

Here are some photo's from this morning's 30° weather ... 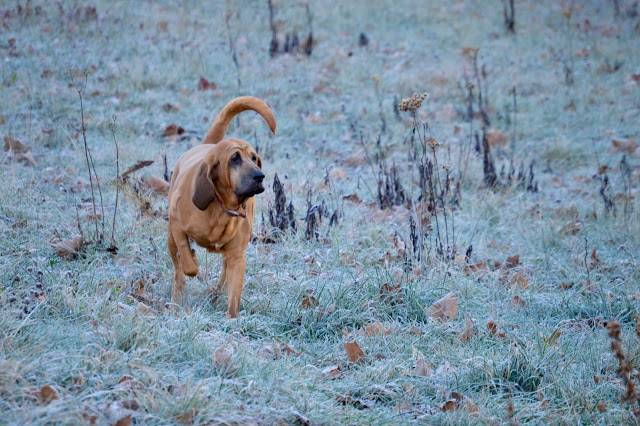 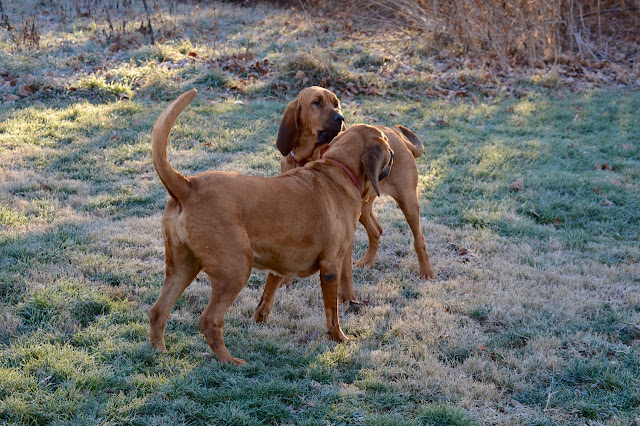 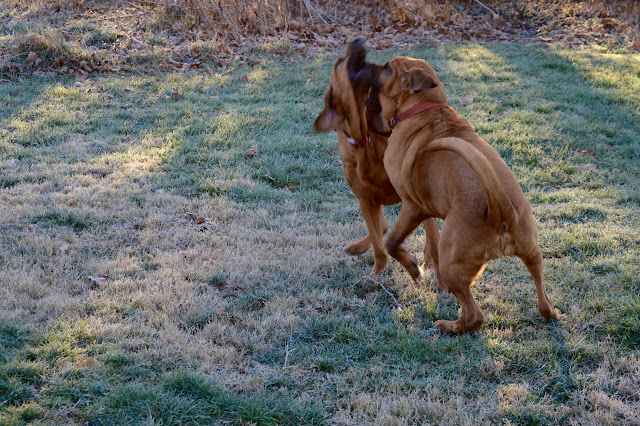 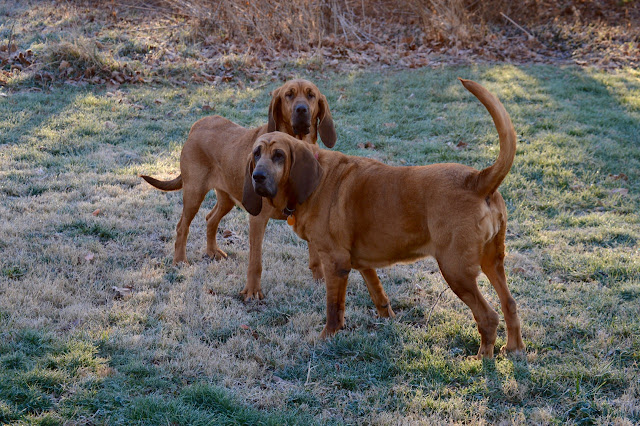