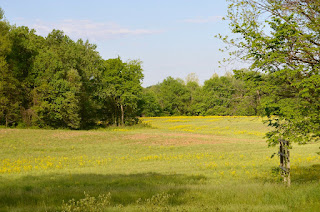 We 'slept in' this morning. They woke me up at 5:45am and wanted to go out .. they did but breakfast was not to be served that early. I needed more sleep.

The temperatures are just right this time of year. Cool at night, mid 70's during the day and no humidity to mention. It's a period of time where it's nice living in 'the tropics'. All three hounds came outside around 8:30am but they didn't do much and didn't stay long. That is becoming the routine more and more recently. 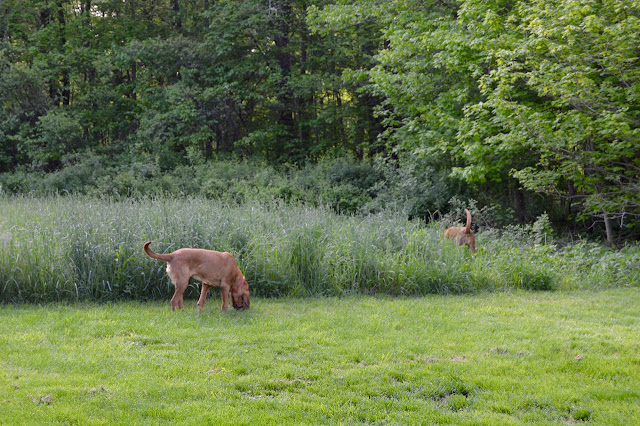 It seems to coincide with finishing my morning coffee and internet reading that they wake up and want to have their morning walk. Today Heidi got off the couch on her own when I asked if she wanted to go. She didn't walk but did stay outside while we did. 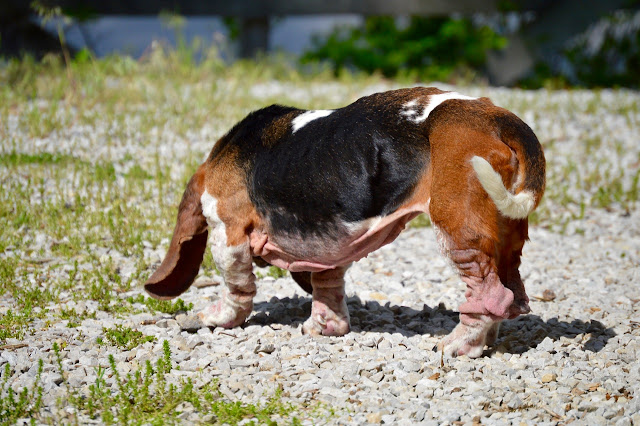 It was nice while it lasted ... walks without gnats, bugs etc. It started a week or so ago but in two distinct spots along the walk, the gnats attack me. The type of attack where they swarm and get in your eyes and/or up your nose. No chance of escape. Takes a nice morning walk and makes it miserable. 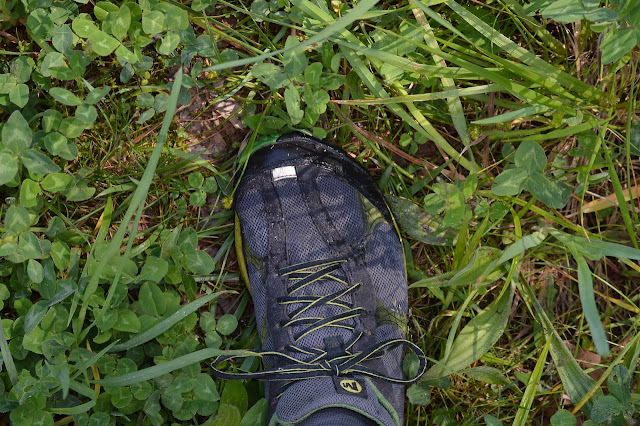 That didn't stop Sadie and Stella though. They run or trot to their favorite spots. The field is growing but still has spots where it's think and doesn't come up to my knees. The majority of time it is taller than the bloodhounds, which puts it around 30" tall. It will be a couple of months before they cut it.

Sadie decided she was going to stay next to me most of the time. It's hard to take photos of her that way since I usually travel with the 55mm-200mm lens. 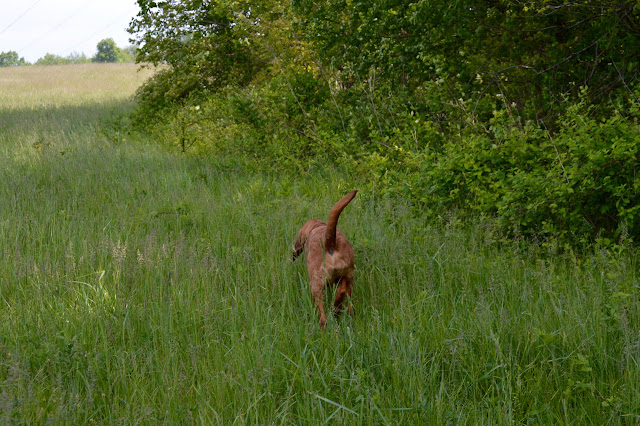 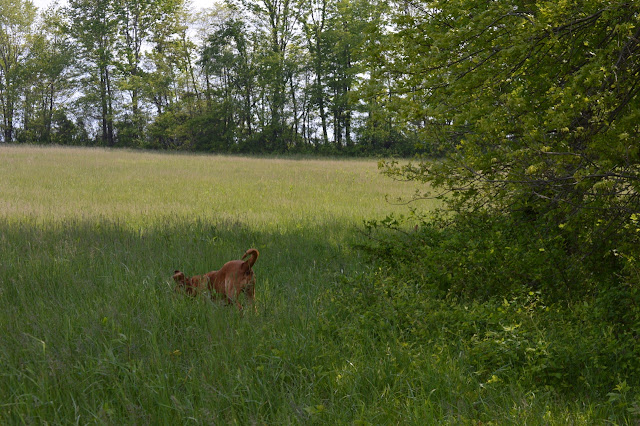 While Sadie stood and enjoyed the sounds of birds, plus a woodpecker in the woods .. the breeze ... Stella took off sprinting for her favorite corner remembering what she had found yesterday and wouldn't leave. Today was much of the same, except I never called her name. 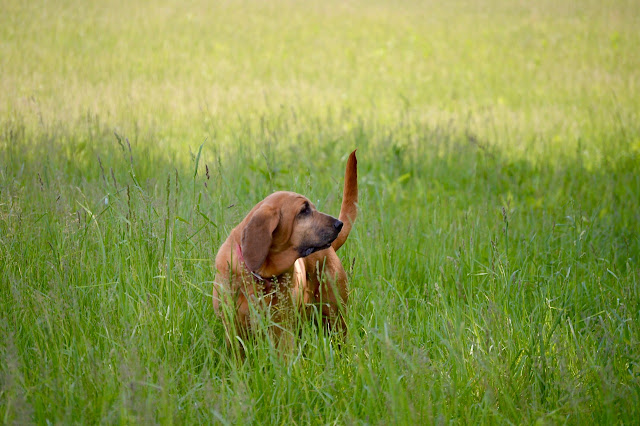 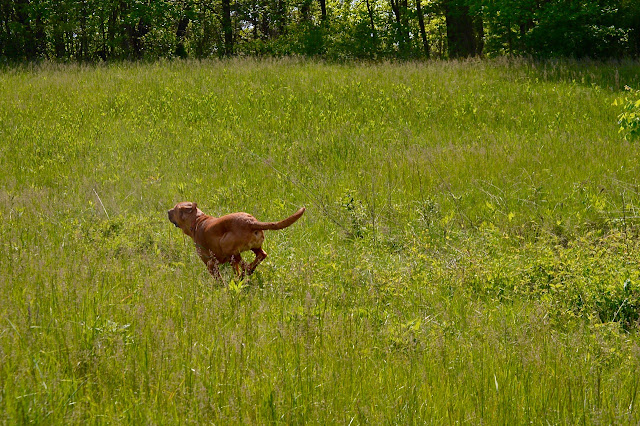 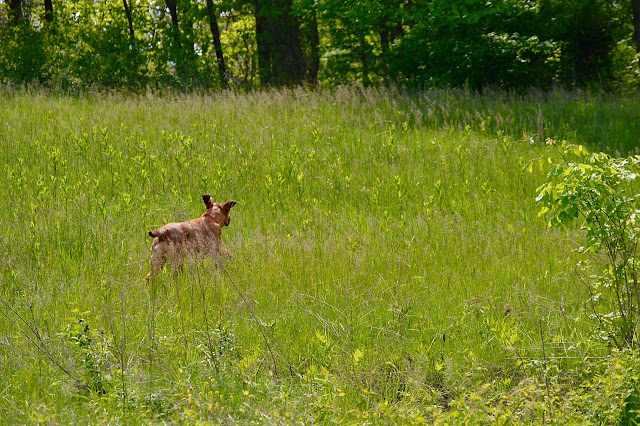 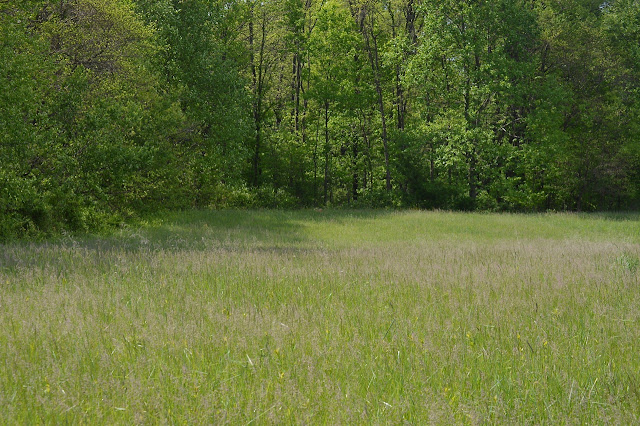 Sadie and I had already made the final turn towards home when I glanced and saw Stella starting her sprint to us. She takes the short cut through the field now instead of following our path like she use to. 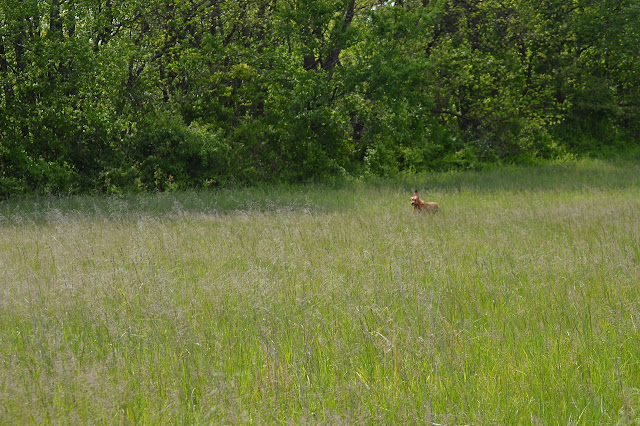 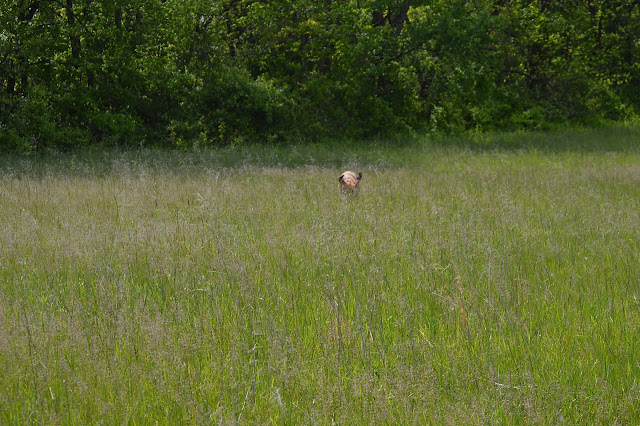 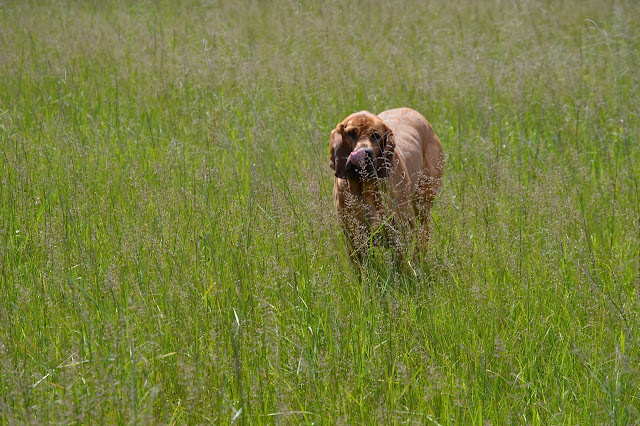 On two different occasions she was running full speed into the back of Sadie. Sadie yelped the first time it happened. Not really sure what that was all about. 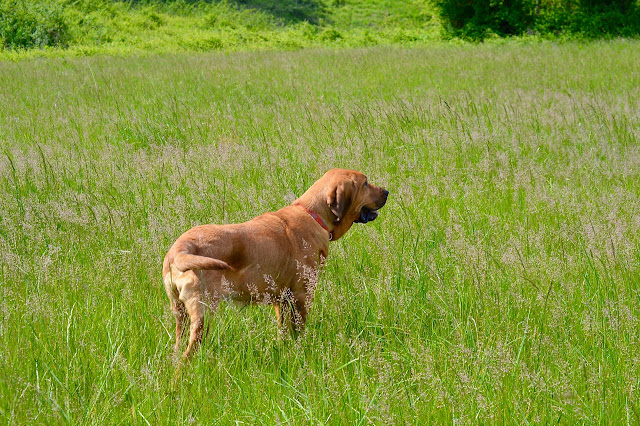 I was somewhat alarmed when we got back and I saw Heidi this far down the driveway. She has never been close to the highway and she may have not been that far today ... but it's a warning to keep my eye on her. She will not be left alone again while we walk for this reason. 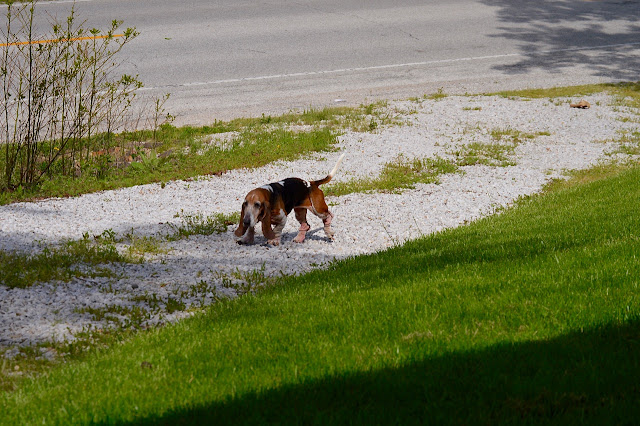 Even with her bath yesterday afternoon, her skin is inflamed this morning and if I didn't know any better her rear legs seem to be sore by the way she was walking. I know what all the articles say but it is still very very frustrating to see her skin look great when she wakes up and is red and raw a few hours later. The wounded warrior ointment is still being used. 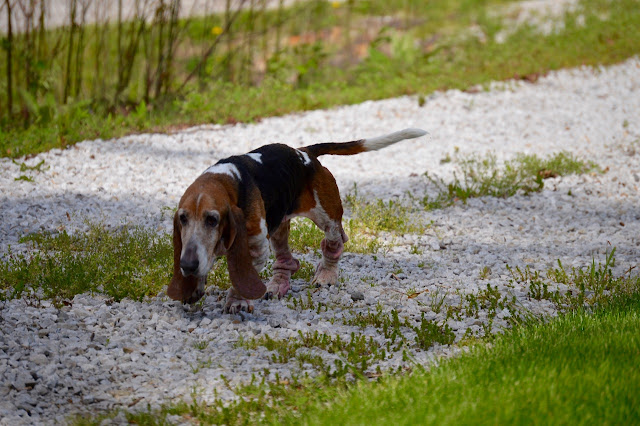 The hounds are fast asleep so I am not sure they will be supervising my car wash this morning, nor the weed cutting. I'm beginning to think it's time to apply the weed killer. I am not going to pull them by hand this year and I hate seeing weeds growing in a driveway. That's just me.

It's a great start to a weekend in 'the tropics' of Southern Indiana.