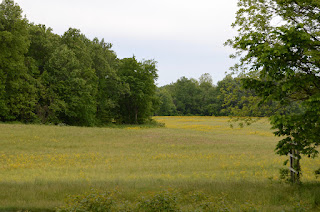 So much for that forecast of 6 days of sunshine. I am not sure this field pictured on the left is ever going to get plowed and planted.

About the time it's dry enough to get the equipment in there, it rains. As you can see from the sky this morning, rain is on the way today plus we'll have more on Saturday.

Yesterday afternoon after my post things turned out to be interesting. Heidi did the unexpected and I really don't have an answer for it. Actually two things happened. First of all she went to the door wanting outside in in the middle of the day, not her usual time. She then spent over an hour outside by herself and I can't remember the last time she did that. Her and Winston use to do that on occasion. 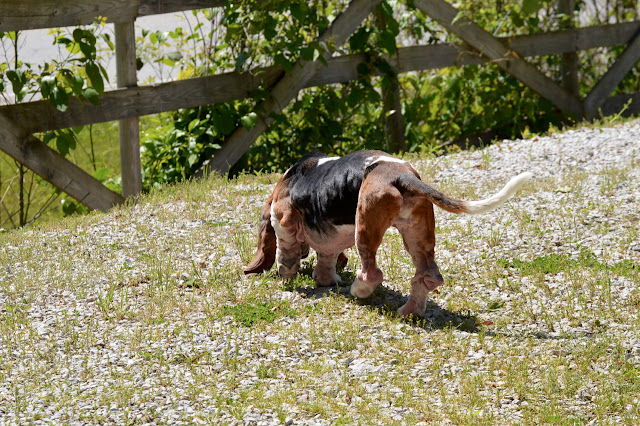 She spent a lot of time enjoying the late afternoon sun while sitting on the driveway. The photo I took from inside the house of her laying down did not come out well, too blurry. 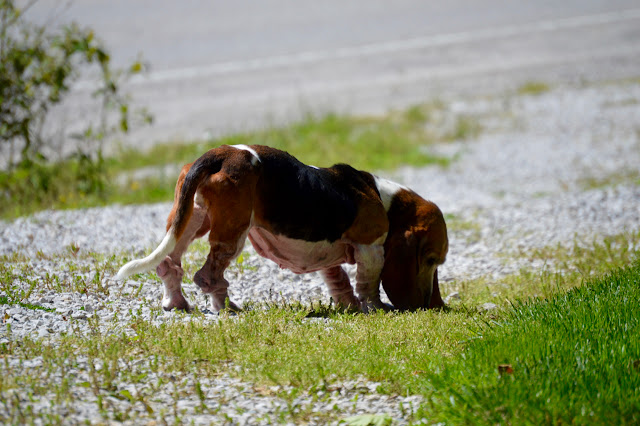 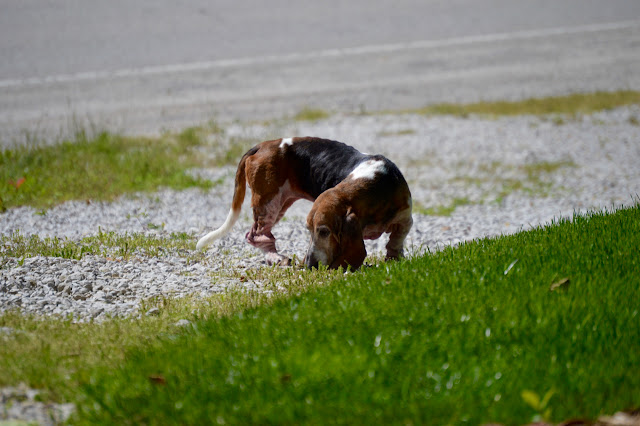 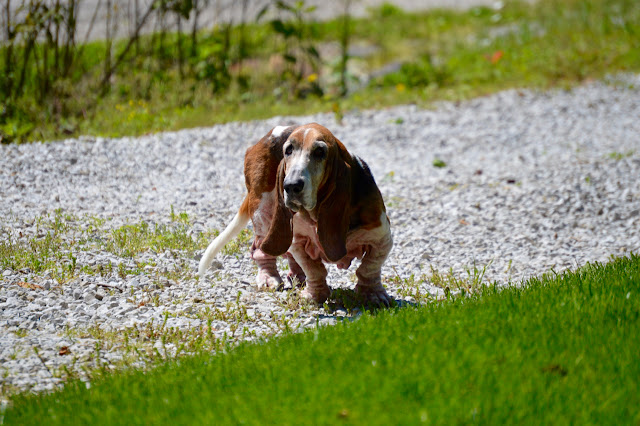 I didn't want to disturb her by taking photos because I knew she would get up and go back to the house if I went outside ... but she then went to the backyard and sat in the sun for quite a while. Later moving to the shade.

I kept the bloodhounds inside during that time so there was no chance for her to feel that she had to get up and move. She stayed outside over a hour and a half.

The second thing that happened wasn't a good sign. After her skin was really looking much better Thursday morning, it became bright red on her stomach, legs and paws. The hair that was trying to grow back had disappeared taken over by inflamed red spots. There was only one thing I did different that could have caused that.

I gave her the skin of my baked salmon as a treat. I didn't find anywhere in my other blog or spreadsheet that salmon had caused this type of reaction before. At the time of this writing, her skin is still red, irritate.

With the skies overcast and it being the end of another hectic week for the hounds ... Sadie and Stella are not showing much motivation today and even their walks are slow. I'm not sure what will happen today for us, except I'll be buying a new bag of dog food for Sadie and Stella. 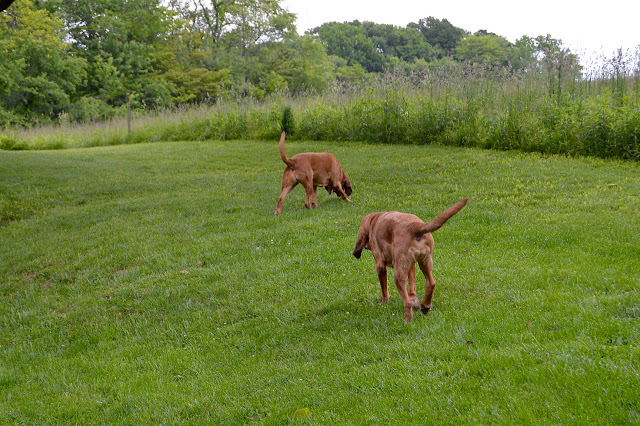 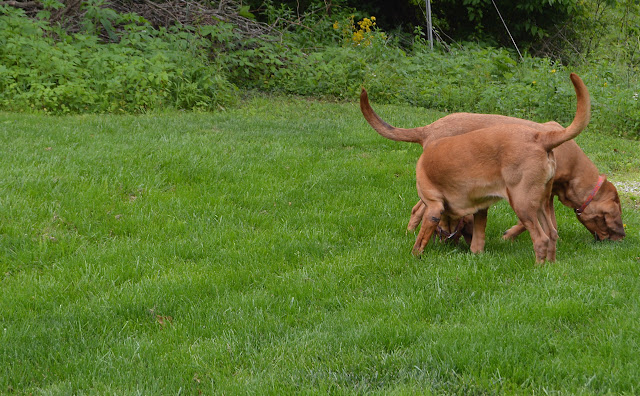 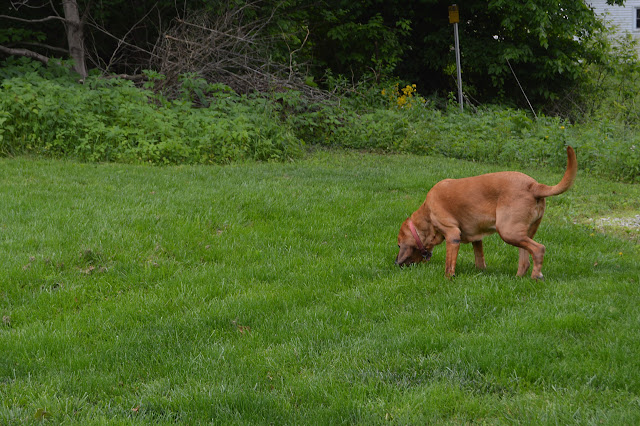 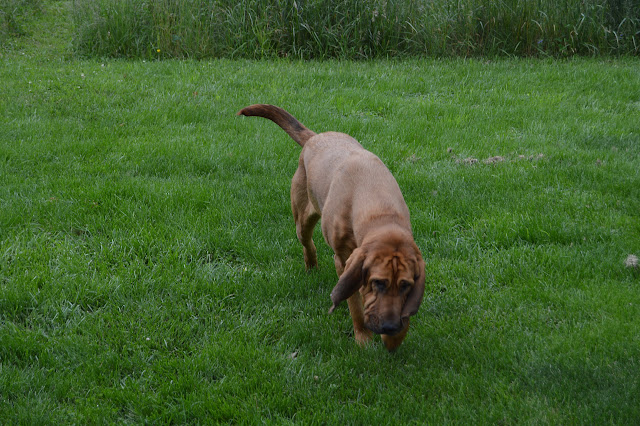 I want the sunshine to come back ... I'm tired of rain.

It's Friday here in 'the tropics' of Southern Indiana.