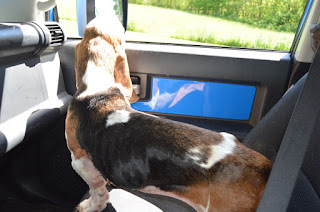 While we waited for the grounds to dry out enough for a walk, I had the urge to take some photos of the local area. So we piled into the FJ. The hounds took their usual seats with a destination a few miles west where the land goes from hilly to nice and flat.

Even Heidi was ready for a little drive. She wagged her tail and trotted to the door when I asked if she wanted to go for a ride. That is rare for her. Sadie and Stella are a different story ... they want to go all the time. They never hesitate to jump in when the back door is open. 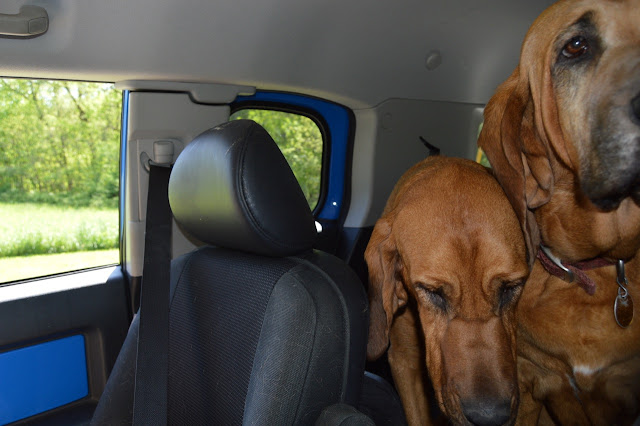 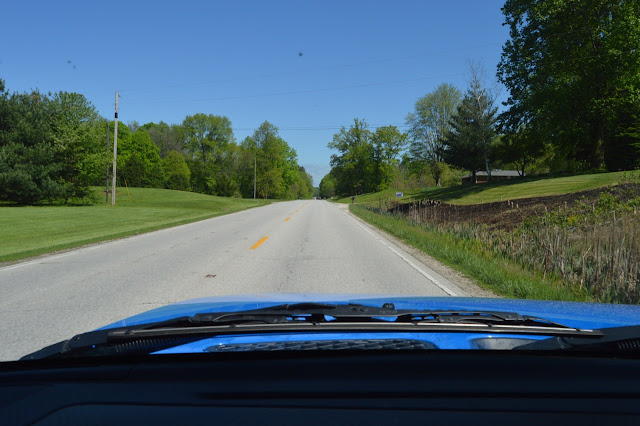 A little blurry on this next photo, but I was holding the camera up while driving, shooting blind and not knowing if I was even getting Heidi in the photo. I couldn't pass posting it even with the blurriness. She doesn't pose like that in the car often. 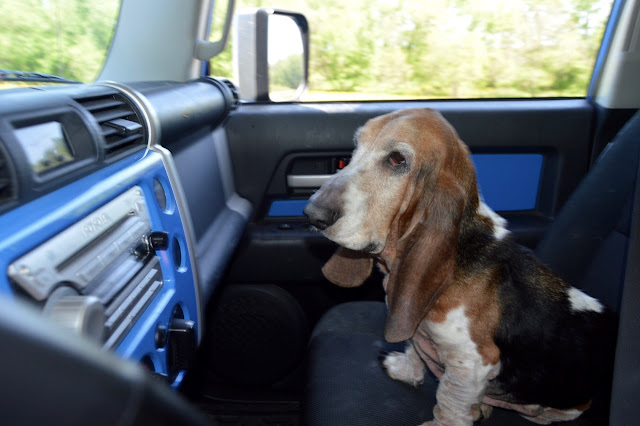 I think you can tell a difference right away from our drive in the middle of April. The farms are larger and the land is flatter. All of this is just a few miles west of us. With all the recent rain it was too wet to see anyone working their fields today. There was standing water in a lot of the fields we saw. 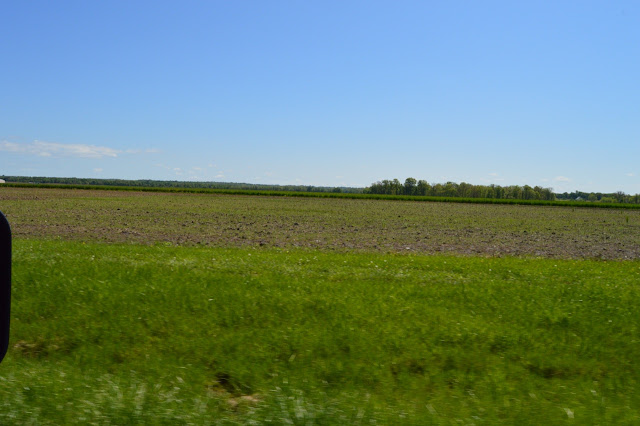 I was hoping those were snow capped mountains I was seeing behind those out buildings ... but they were just clouds, telling me I was still in the Midwest. 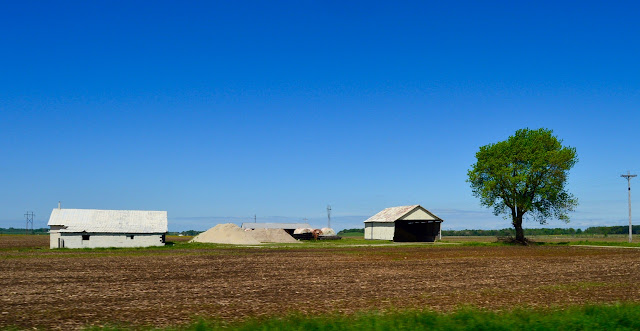 Like the movie Hoosiers ... yes, a lot of barns have basketball GOALS not RINGS (Ted Cruz) nearby. The local small school in this area is a combination of three different schools and has had numerous basketball players play for Indiana, Purdue and Butler at the D-1 level. 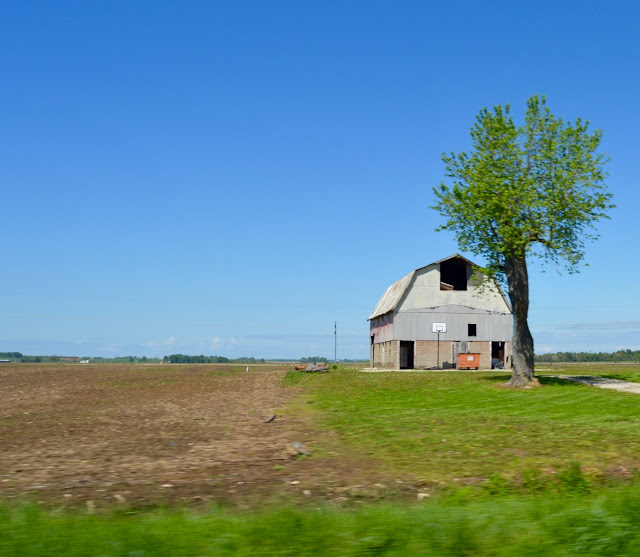 I was pretty sure where this road would end up, it was nice to get off the highway. 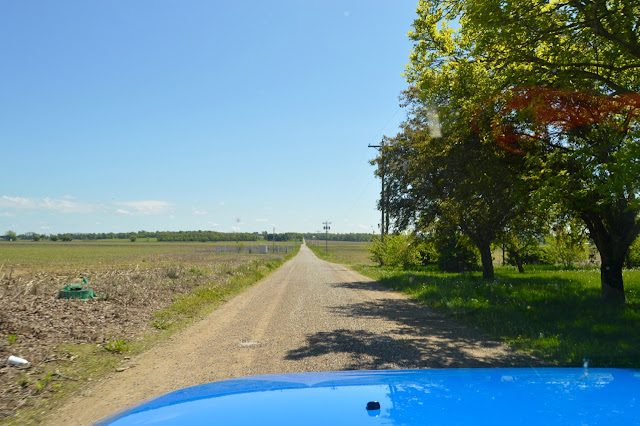 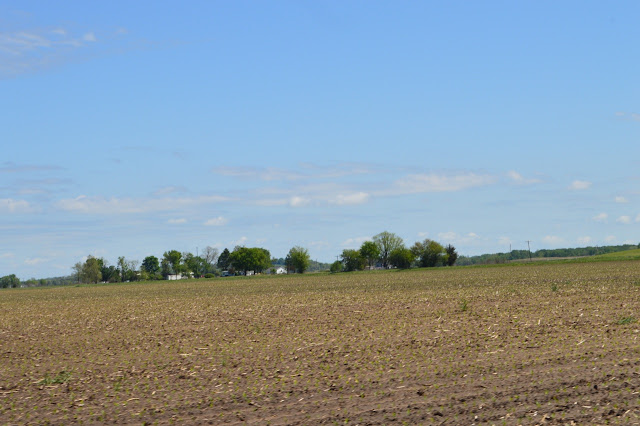 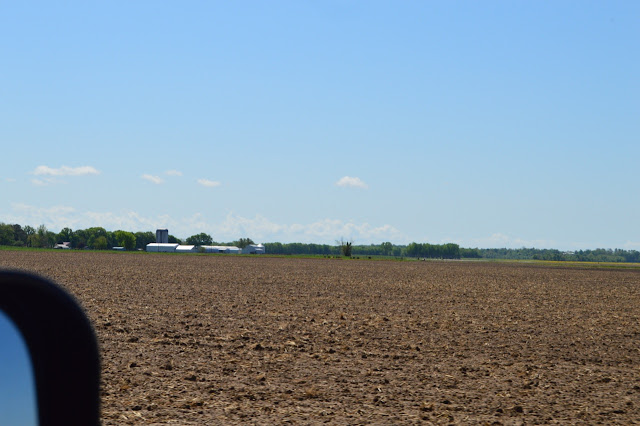 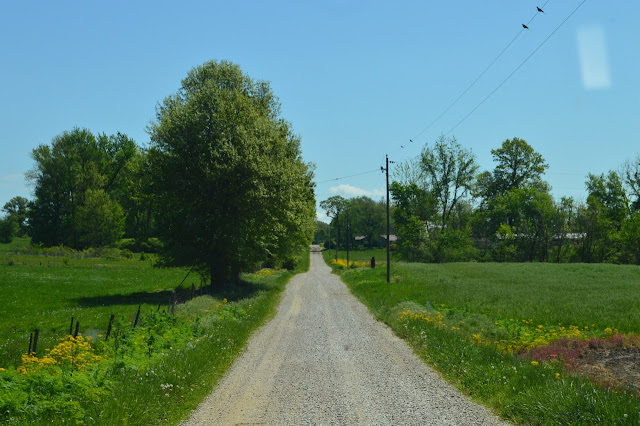 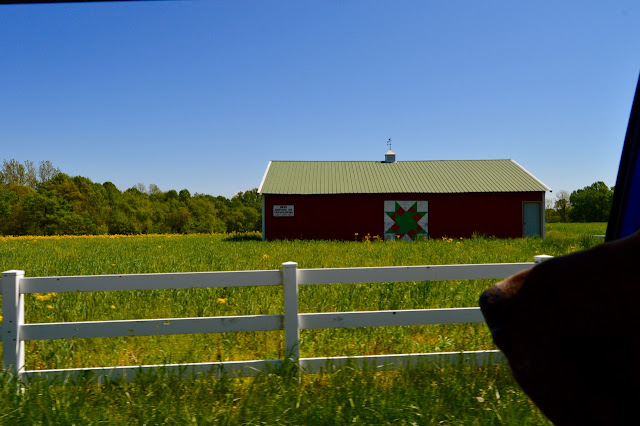 I like the design of this house, with the added brick for the porch foundation and the bottom of each post ... the decision was whether to crop out the dumpster but I wanted to keep as much of the house as possible. 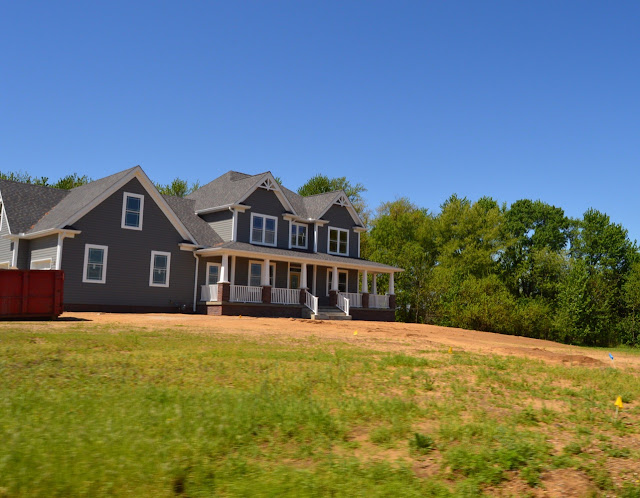 Throughout the drive we saw a lot of these natural gas stations. 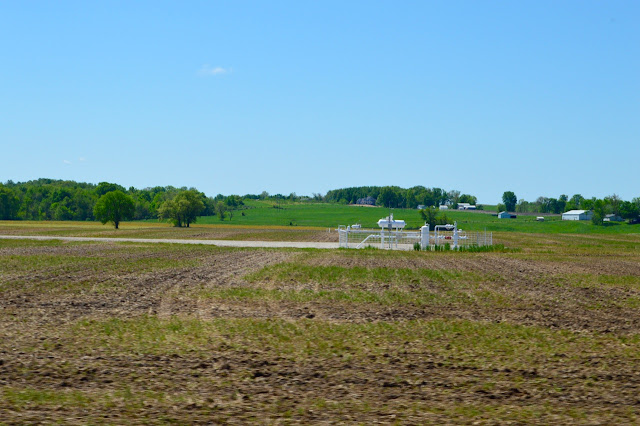 At least this line of train cars were parked but I have been stuck in traffic at the railroad crossing for this train that seemed to have gone on for miles.

With all the recent rain plus some this afternoon after these photos, their sprinkler system will not be used for a while.

Maybe next time I'll turn in and get some close up shots of airplanes at our local airport. Yes, I'm serious ... it's an airport. Surprising but about this time I was shocked to hear both of my bloodhounds were whining. We were not even close to Dairy Queen nor any kind of bbq smells. I took that as they were wanting to cut the trip off short and head home.
So we did.
at May 01, 2016
Email ThisBlogThis!Share to TwitterShare to FacebookShare to Pinterest
Labels: Local Drive