After feeding the hounds their lunch around 1pm, I put on a fresh application of the water, vinegar mix for Heidi. I found out that you don't even want to take a day off from doing that. By today almost all the improvement she had shown ... was gone after taking a day off Sunday from any mixture.
I continued to read that link from my earlier post this morning about different focus settings on my camera. I ended up taking over a hundred photos just playing around with different settings this afternoon. 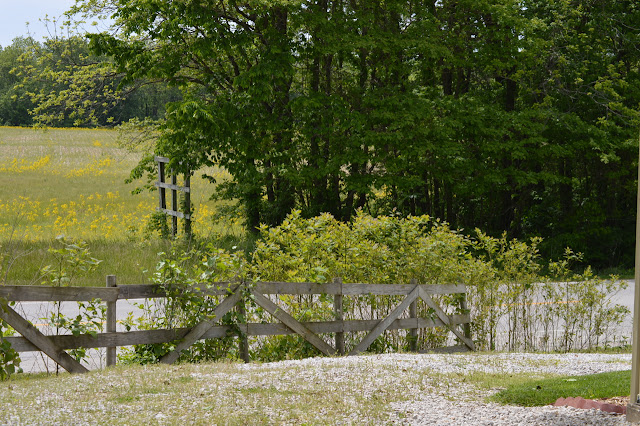 Although we had taken a walk earlier, Sadie and Stella still wanted to get me outside again. Stella didn't hesitate one second on what she wanted to do ... lay in the sun. Of course Sadie is too active to do that and as you can see Sadie couldn't stand still. 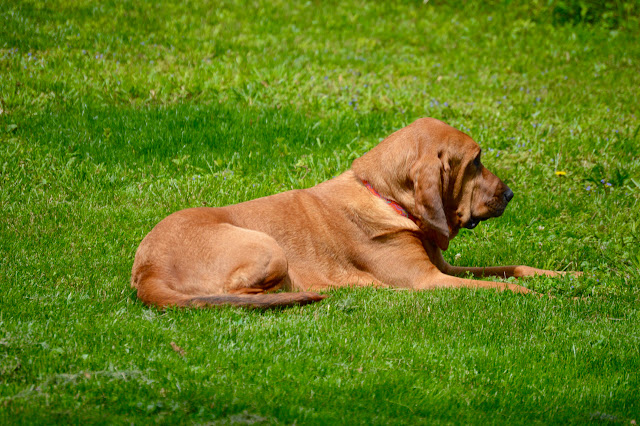 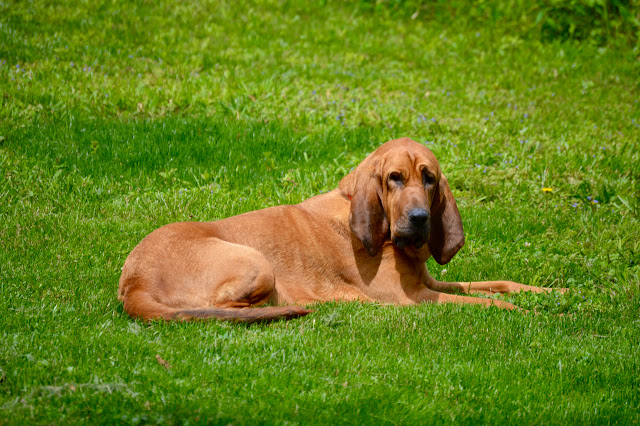 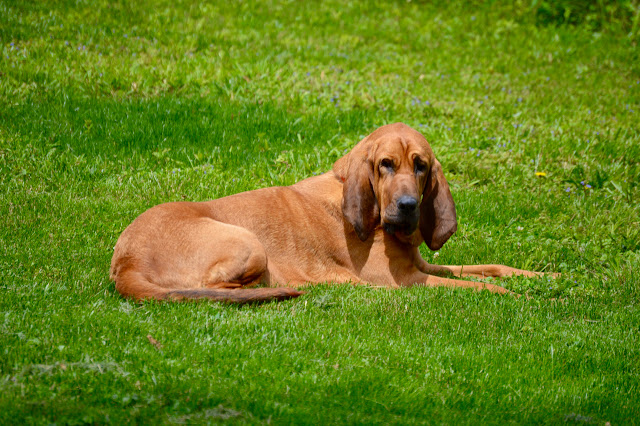 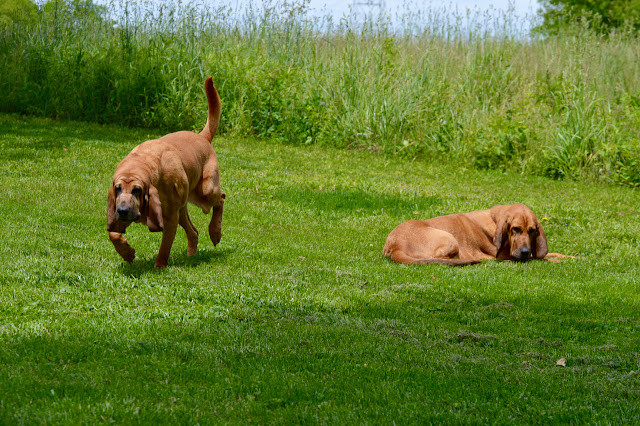 Once Stella thought Sadie was getting something, it was worth standing up to see what she was getting. It wasn't anything beside Sadie having her nose in the ground inside the tall grass. Consequently she laid back down. 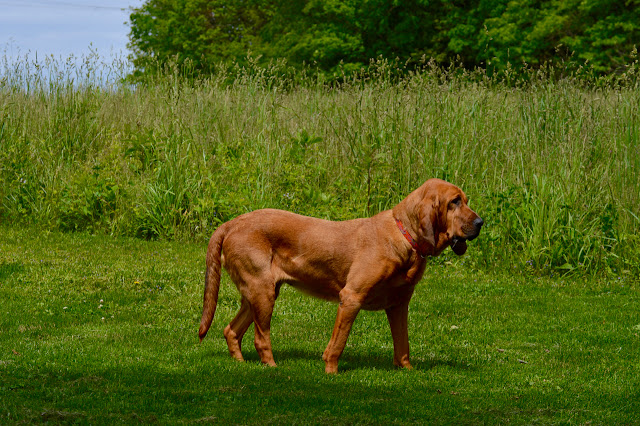 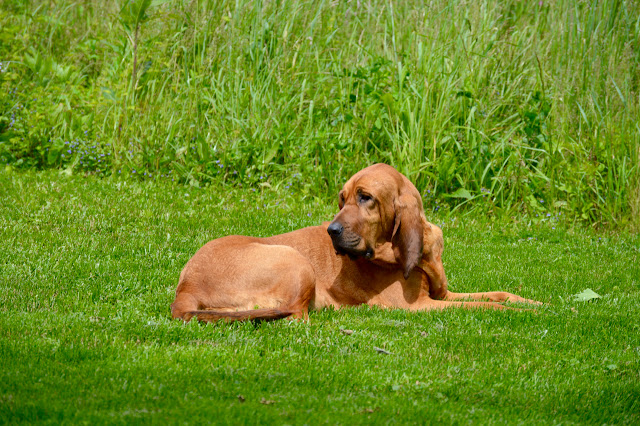 Stella didn't lay there for long though and was up making sure that Sadie had not found some food that she should be getting. She then started that slow stroll out into the field by the bush line. 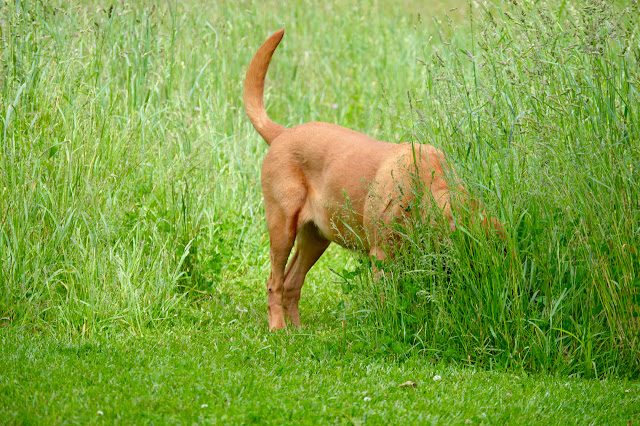 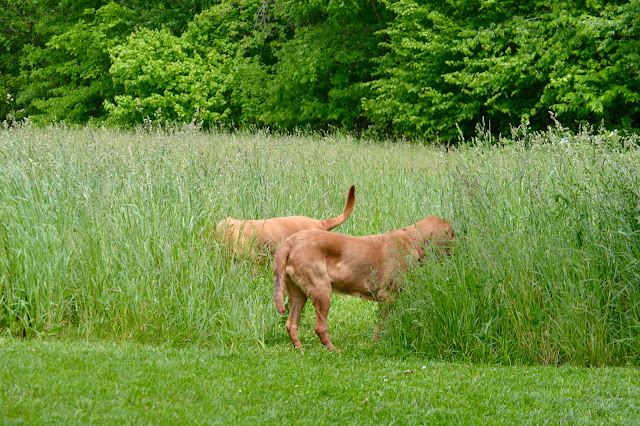 In a split second as I turned around they were both gone, hidden by the tall grass. You can barely see Sadie in this photo. Further out in the field the grass does not even come up to my knees and isn't as thick. 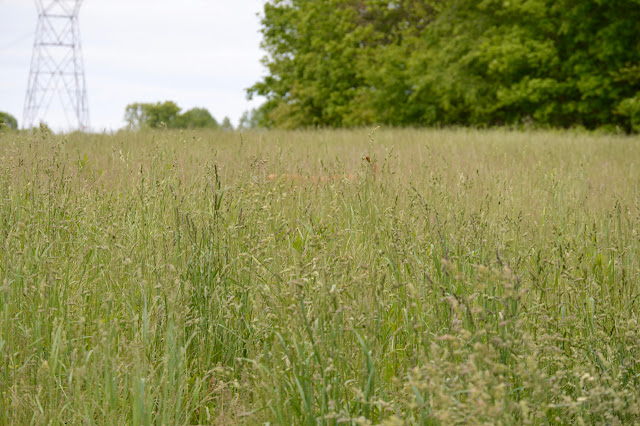 Sadie decided she was going to make a run for it while Stella stay in her favorite part of the 'backyard'. 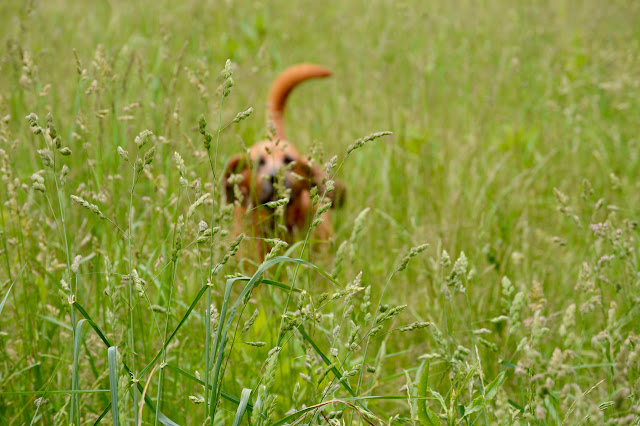 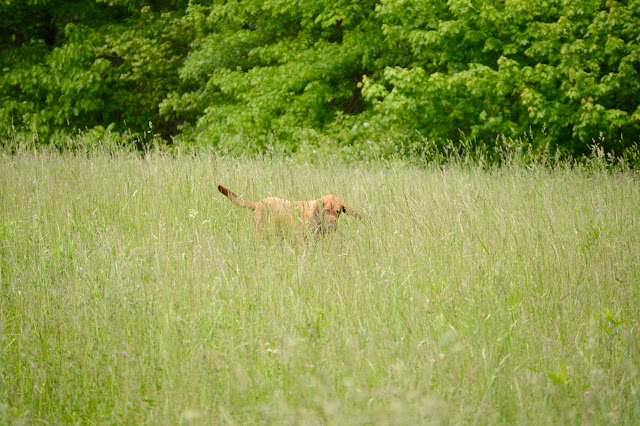 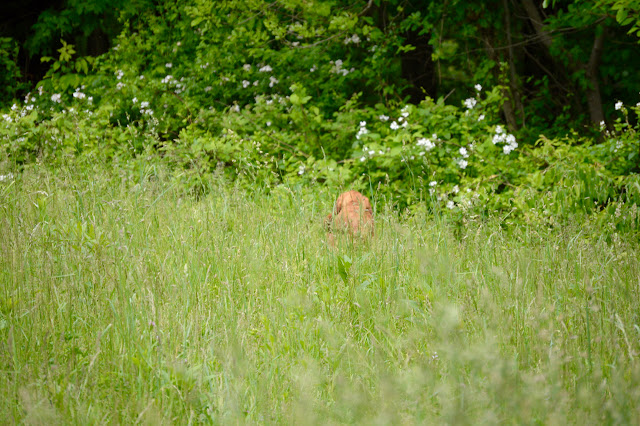 There is a story about Sadie's missing teeth on the bottom row. While she was a puppy and I was gone all day at my job, for her own protection and my sanity ... I kept her inside, in the largest black kennel you've seen for large breed dogs. Plenty of room. Yet she spent all day trying to get out.

More than a few times she had grabbed those those steel rods that formed the cage and could squeeze them together with her teeth and jaws. I could NOT bend them back using pliers. Eventually her teeth became loose and fell out. 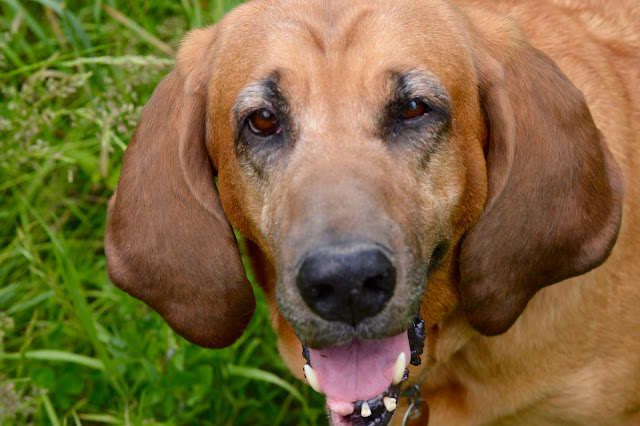 Stella still strolling and once I looked through the camera lens and saw her take a couple of steps inside that brush line ... I called her name and she decided it was probably a good idea to head back to the house. 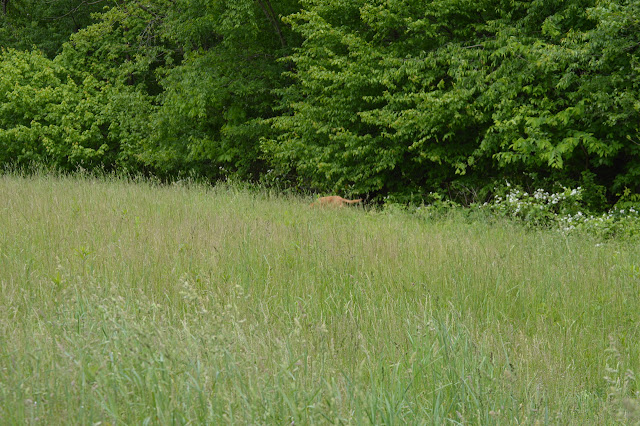 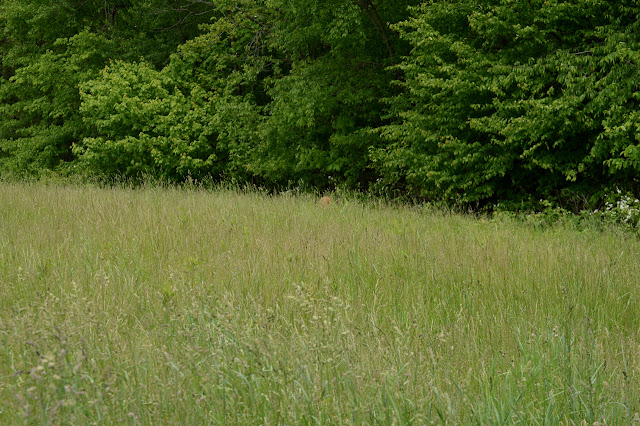 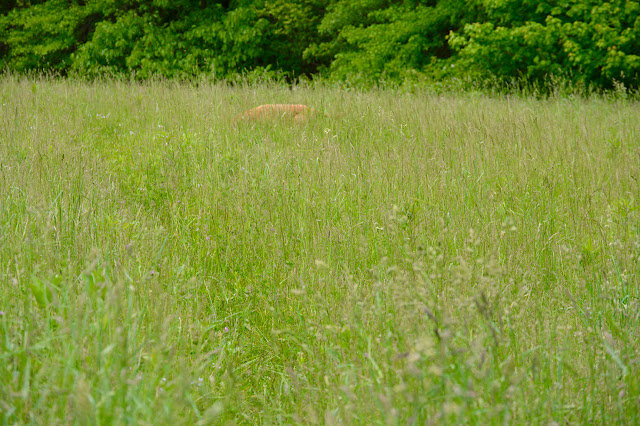 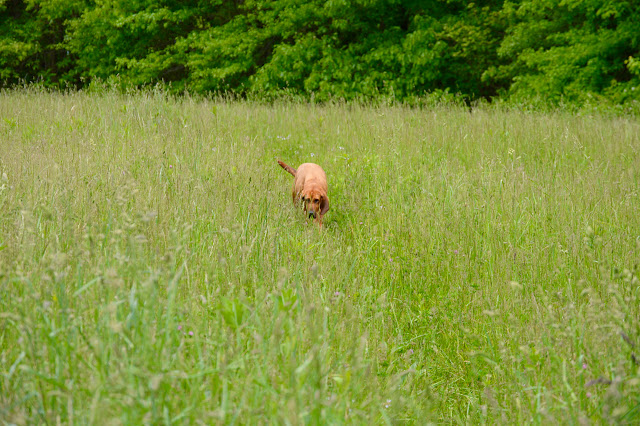 It may say it's 62° but it feels like 50°. A day for lot of reading and more coffee to stay warm. Rain is on the way so a early evening walk tonight may not happen.

After all the different settings I tried on the camera, I can't tell any difference in these photos plus the ones in the pervious post showing our afternoon walk after lunch. Heidi decided staying in bed was the best thing to do with the cold temperatures.

When will it get hot in 'the tropics' of Southern Indiana ?