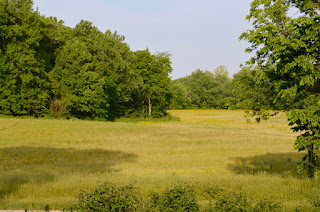 It started like all the other days, nothing out of the norm. With rain predicted from Wednesday thru Saturday, I decided I was going to take my new toy out for a drive this morning plus stop for some fruit and veggies on the way back.

What I shock I was in for. 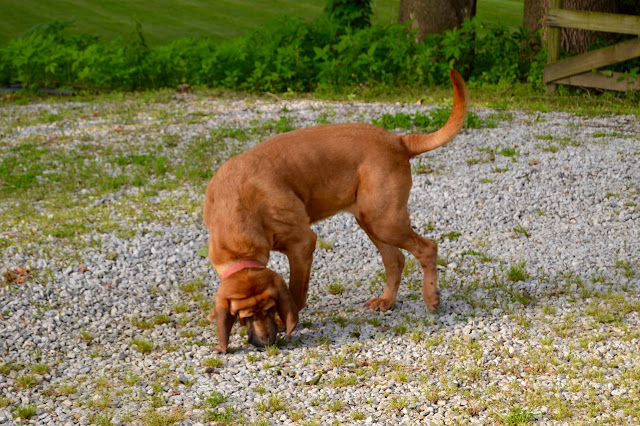 All the Kong balls and Kong bones are filled with treats, Heidi had run of the house while the two trouble makers get to stay together in the bedroom with the door shut. It was time for a road trip.

The sunshine was bright, the engine on the new toy was idling quiet, as I waited for the convertible top to open ... it was looking like a great morning for my 40 mile loop through the country, one that I use to drive when I had my other Z4.

I've had hounds for 29 straight years and I've never seen anything like it. Luckily no harm done, Stella is fine but you are not going to believe this story. I still can't believe it although after her anxiety attack last November when I was gone 12 hours, I thought there was a possibility ... a WILD possibility of this happening.

I always leave Sadie and Stella shut in the bedroom. Heidi gets the run of the house for her own protection. I caught both of them tormenting her once when I made a quick trip to the library and back. Why the bedroom and not some other room???  There is nothing in the bedroom that would bother me if it were totally destroyed. After what I saw last November when I was gone too long, total destruction by Stella is possible.

The other rooms have computers, tv's stereos, cameras, furniture and food ... all the important stuff in life. Clothes, bed and dresser can be replaced. I was gone over 4 hours Monday with zero damage. Plus, she has had months of a "hot streak" where nothing was damaged and there were no attempts of trying to dig her way out of the room.

I have two small windows in that bedroom where the window sill is 3'8" above the floor. Since one of those windows is above my bed and I don't want her jumping out of that window, I close all but 2" to let the air flow. My floor is hardwood, the bed frame has rollers that sit on rubber stops to prevent it from moving.

This time of year I have all my windows open with screens on the bottom half of the window. Those screens have two metal sliders that lock it into the storm window frames ... very hard to get out. The screen size is 16-1/2" tall and 33" wide.

Do you get the picture?

I leave this morning around 10:15am and return at 12:40pm, gone almost 2-1/2 hours. As I pull up to the house at the top of the driveway, Stella is sitting by the FJ with her tongue hanging out the side of her mouth. She is hot because it's 80° or she has been running around looking for me ... or both ... but more than likely just sitting in the sun waiting for my return. 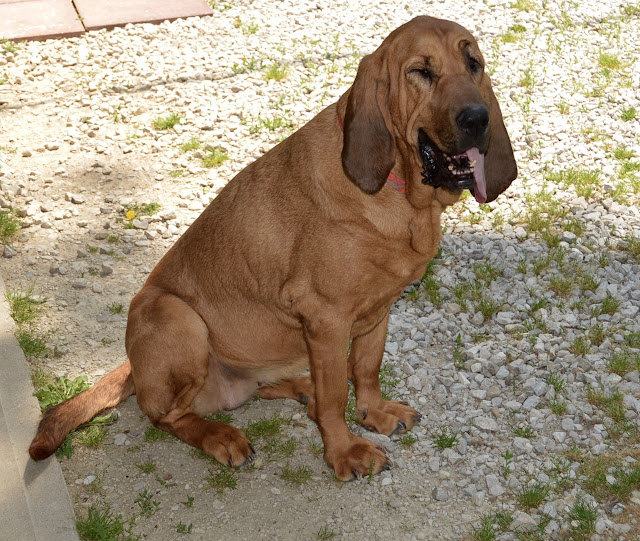 I don't know how long she was outside. I don't know where she went, even if she went anywhere outside the yard. I immediately glanced at the door and it's closed. I was pretty sure how she got out ... the WILD possibility had actually happened.

She had slide the bed still on those rubber stoppers over by the open window. While standing on the bed, she tore a hole in the screen probably 3"-4" in diameter. I had expected to see the whole screen tore out but instead she had gotten the screen out of the storm window even though it was locked in by two sliders. It was laying on the floor.

The window space she crawled through is 16-1/2" tall, 33" wide. Her chest is approximately 13" deep. The window sill is 3'8" above the floor. Once out the window she was almost 5' above ground level.

I was thrilled, shocked, and confused when I saw her sitting there. With a high speed highway 100' down the hill, bad things are waiting to happen when hounds or any dogs are running loose in this neighborhood.

Needless to say she was happy to see it was me getting out of the car. I guess from now on that 2nd window will have to be closed down to the last 2" so they have air flow.

After all the excitement and then fed lunch, Heidi decided to spend time by herself in one of her favorite sun locations while the bloodhounds slept. I found a spare screen window to use until I replace the screen in the other window. 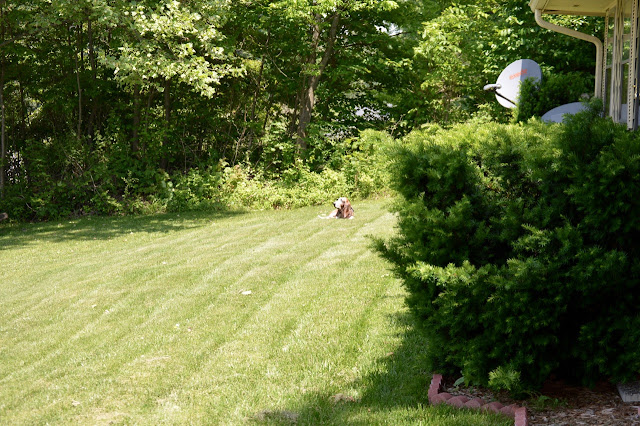 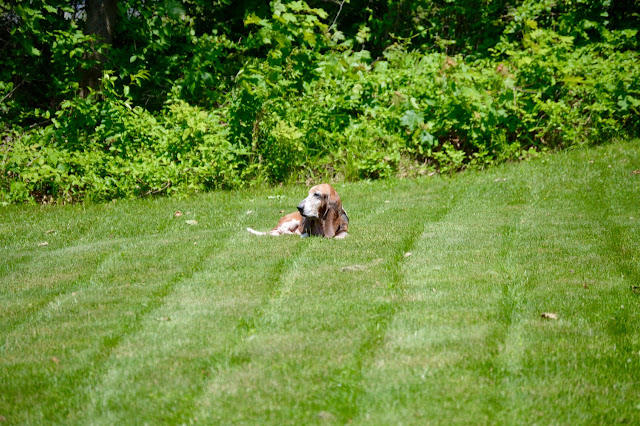 I grabbed my three books I got from the library Monday and spent the afternoon reading while all the hounds slept.

Never a dull moment with the hounds here in 'the tropics" of Southern Indiana.

at May 24, 2016
Email ThisBlogThis!Share to TwitterShare to FacebookShare to Pinterest
Labels: Stella Escapes, Stella's Separation Anxiety