Hounds Ready For The Weekend 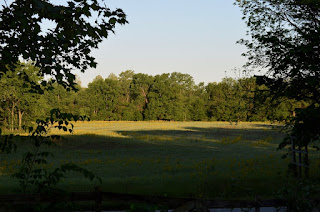 It might be Friday the 13th but we are off to a good start for the weekend. As you see to the left, the sunshine is back and that is always a good thing here in 'the tropics'.

The grass is still really wet with heavy dew and even with Sadie giving me the stare wanting to go for the 1st walk of the day, she is going to have to wait a few hours. It's their morning nap time anyway so a few hours will not hurt.


It could be close but it looks like the yard could be mowed again this afternoon, after just mowing it three days ago. With all the rain, that is how fast it is growing. Besides the normal hound morning routine, all of us have already made a drive to the post office and a swing by the Dairy Queen drive thru.

While I ate my bacon, egg and cheese biscuit at home, Sadie, Stella and Heidi had bully sticks. They were more than happy with that. 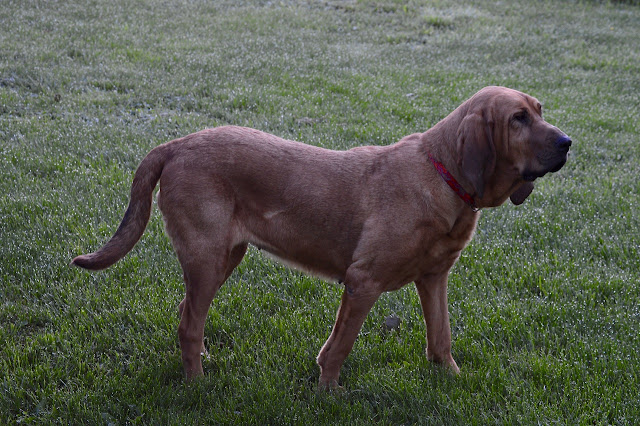 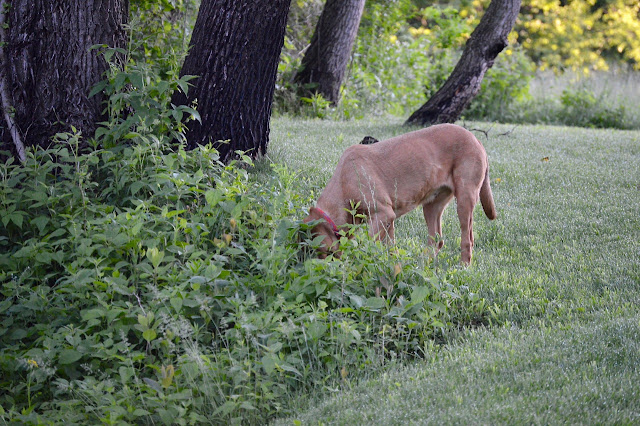 The hay was too wet for Stella but not Sadie. As you can see it's getting over 30" tall and in some places where they have dumped their tanks all winter, the hay is as tall as my chest. Out in some parts of the field it doesn't reach my knees. 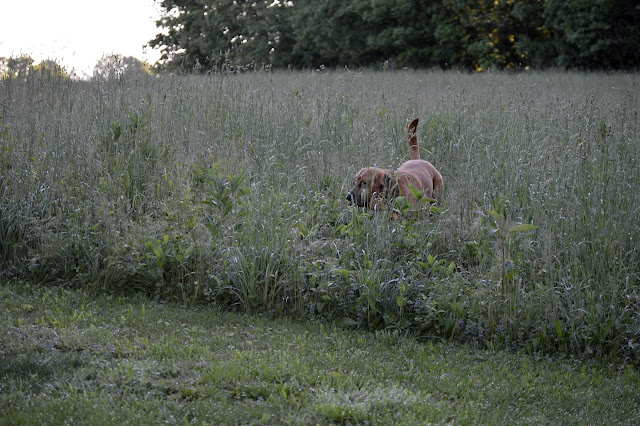 Stella found something that she was trying to dig out of the ground with her nose ... not sure what that was but there was nothing hanging from her mouth as she raised her head. So whatever it was she did not eat it. 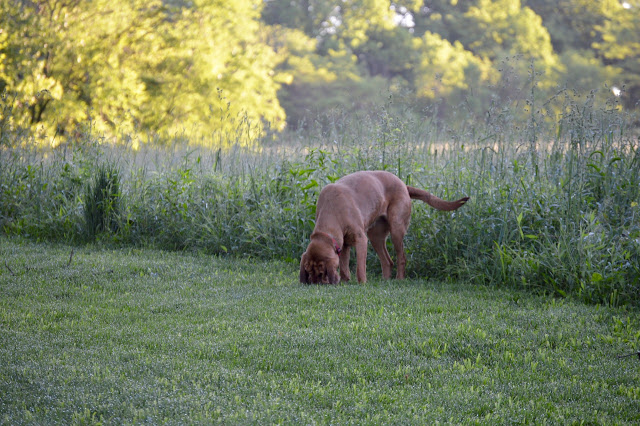 As you can tell she is pretty motivated to get her day started. 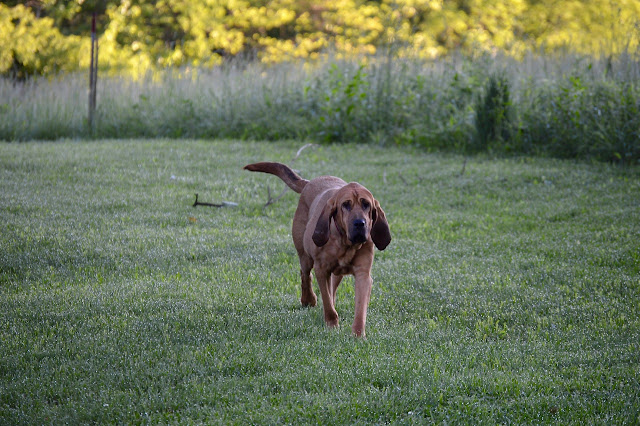 After the Dairy Queen breakfast, their bully sticks and a fresh application of water/vinegar sprayed on Heidi ... all of them decided it was time to go outside. I mentioned the other day that when we came back from our walk that Heidi was walking up the driveway almost past her boundary. I did not know how close to the road she had gone while we were gone. She has never gone down by the highway.

Today I found out where she had been. I moved out of sight just to see where she was going. She normally poops up by the top of the yard but today and in a couple of times prior, by the evidence, she has decided she likes the middle of the yard right now. She had just walked straight out from the yard to the driveway when I took this photo. 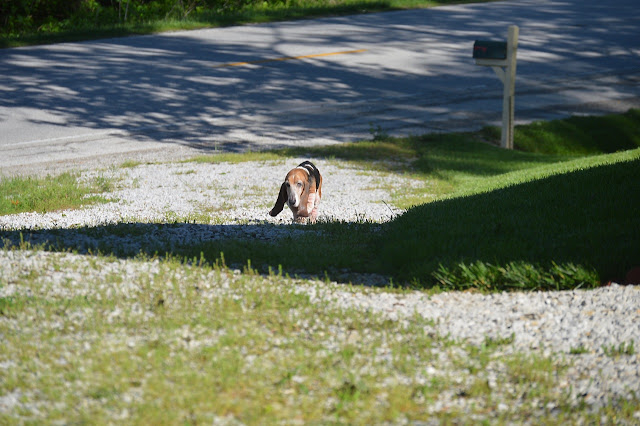 Of course Sadie was concerned and watched her all the way. She knows that is too far than the allowed boundary. She touched noses with Heidi at the corner of the carport just to remind her of the rules. 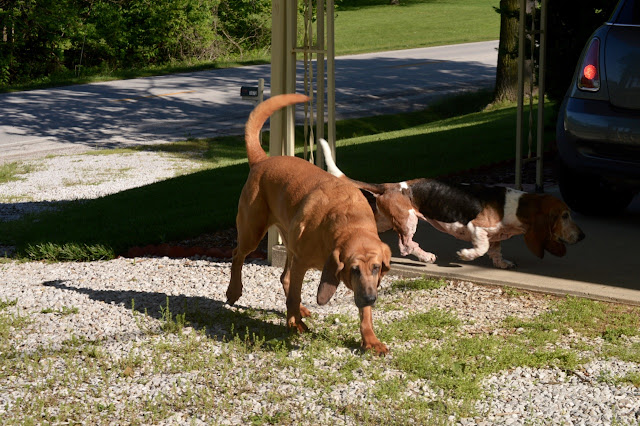 I am going to resist posting any photos of Heidi's skin until next week. I will say after just a few days of the water, vinegar mixture I am seeing improvement. The amount of vinegar amounts to 40% of the water weight. So in the batch I made, 48oz of water equaled 3.2oz of vinegar.

The spray bottle works much better and faster than applying it with cotton balls. After spraying an area I dab it with a dry cloth to keep it from dripping ... but the skin is still saturated with the mixture.

How can I tell it's improving? Her skin color is staying normal color up to nighttime instead of turning red by noon. She is itching a lot less. The yeast infected skin is falling off in large portions. She is more active and her tail is wagging more than it has. This morning when I asked if she wanted to go for a ride in the car, she jumped off the bed and headed to the FJ.

For the time being I want to keep her from doing the daily walk, just in case the tall grass, hay or wild plants activates her allergies. I want to give this water/vinegar mix a chance to work.

I've never had problems with Fridays that have dates of the 13th ... most of my self inflicted injuries over the years have occurred on or around cinco de mayo weekends.

It's a beautiful morning here in 'the tropics' of Southern Indiana.