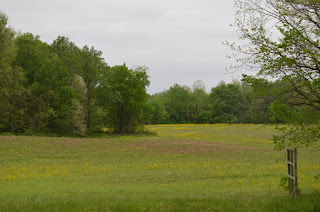 Strange weather has hit 'the tropics' this morning and WeatherBug forecast for the next three days shows it's going to get even colder.

The rain finally stopped but the temps dropped low enough last night that woke me up. I had to shut the windows, then finding out a few minutes later it was 4:13am.

Consequently the hounds, all three of them, feel it's fall and not spring so they have gone into their hibernation mode so far today. They think winter is on the way.

Their first trip of the day is never long because they are more interested in eating their breakfast. They have figured out that while they are outside peeing I am inside pouring out their kibble for breakfast. Stella at times never leaves for the yard and stands at the door waiting to come back inside.

Their 2nd trip is usually an hour later or when I get up to get my 2nd cup of coffee. They usually roam but not today ... just out long enough to dump their tanks and head back inside. 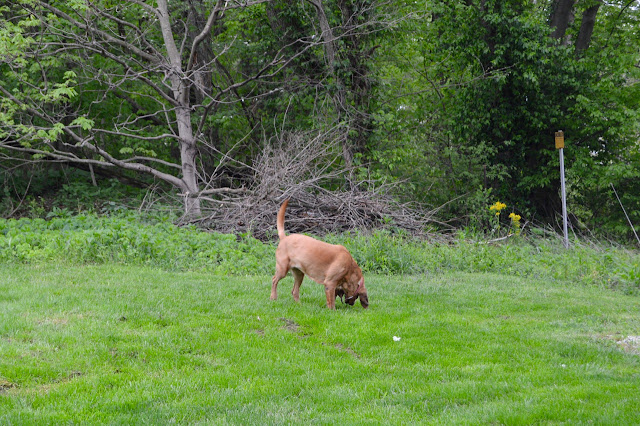 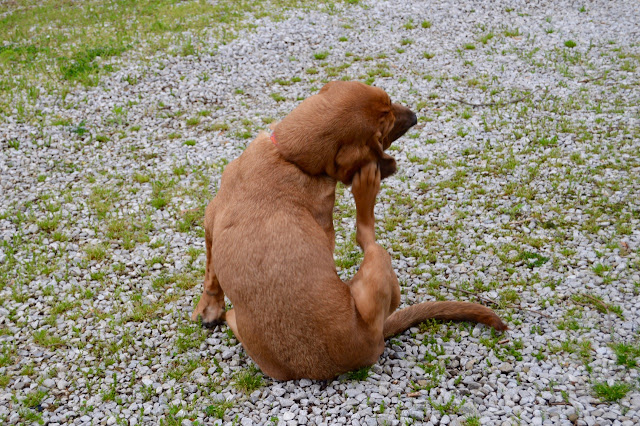 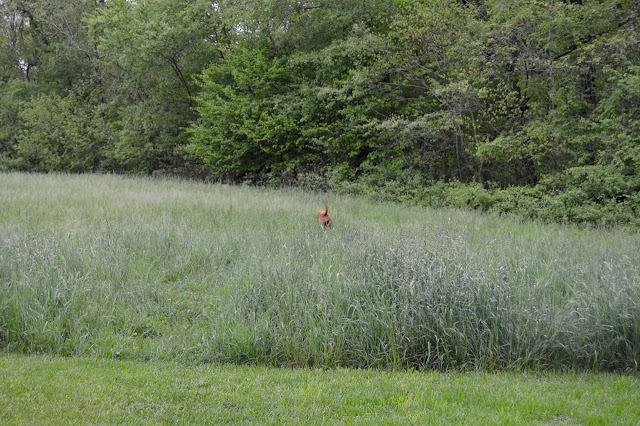 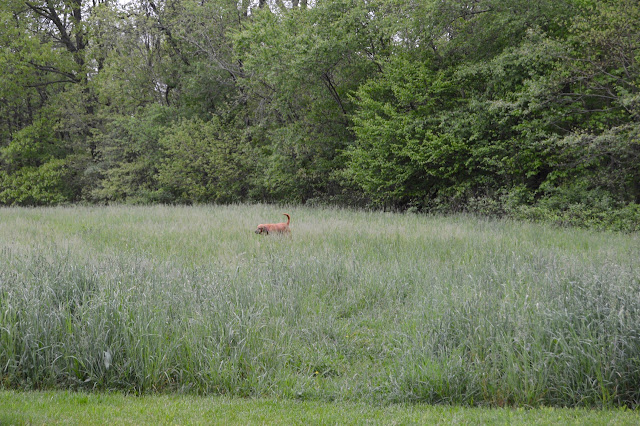 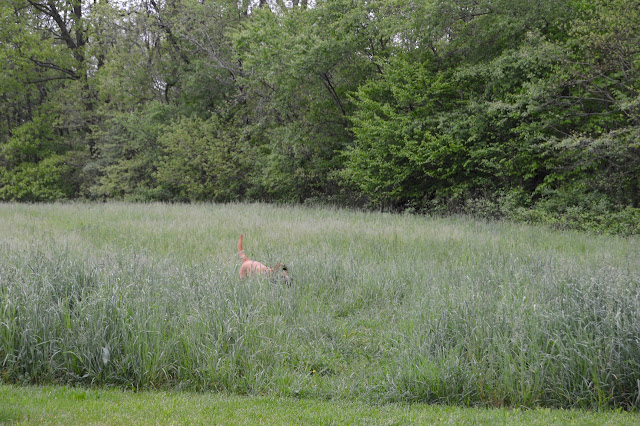 I had two more photos of Sadie running toward the house but they were so blurry they were not worth posting them for public viewing. Was I shaking that bad?

So with my first post of the day I don't have a lot going on. It's borderline whether to leave the windows open or not since the high today might be 62°. A few days later it's not suppose to get out of the high 50's. That's too cold for me but I do remember past Indy500 races at the end of May being run in temps that cold.

I ran onto my list from last April .. "Moving To Do List" and saw all of the items I had put a black mark through when I finished them. I had a heck of a list last spring with some items as "had to do". This year, nothing ... just general house/yard maintenance or what I call upkeep. Nothing is serious.

It did remind me of the land clearing I did in April, so I thought you might like to see some photos of that process if you were not around last year. A few years ago I had a friend bring his Bush Hog over and clear out all of the overgrowth, thinking I was going to set it up as a camping spot.

Yes, this is the spot where that old fence post that has the hanging roll of barbed wire is but very well hidden inside all of the overgrowth. 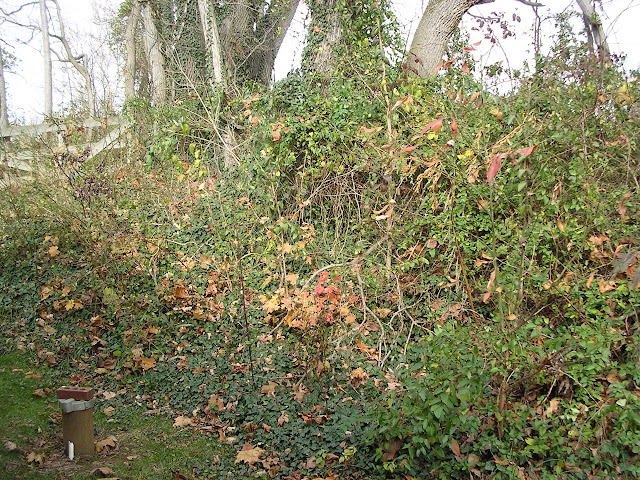 The problem was, my procrastination got in the way ... plus a full time work schedule as I had not retired yet ... so all that my friend cut, grew back. 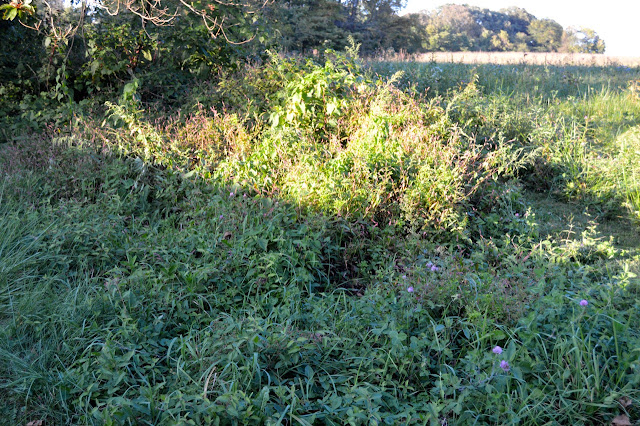 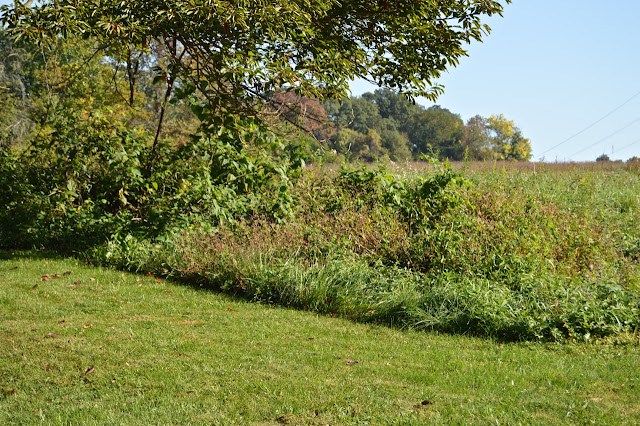 Finally last April 2015 I was motivated enough to do what I had planned five years ago ... clear it out with some chairs and a fire pit. It would even be a place to pitch the tent and do some local camping.

So the first step was to burn all of it to the ground. Then with a garden rake I pulled up as many of the buried roots and vines as possible, burning those also. Here is my post from last year, with more photos and more description of what I did. 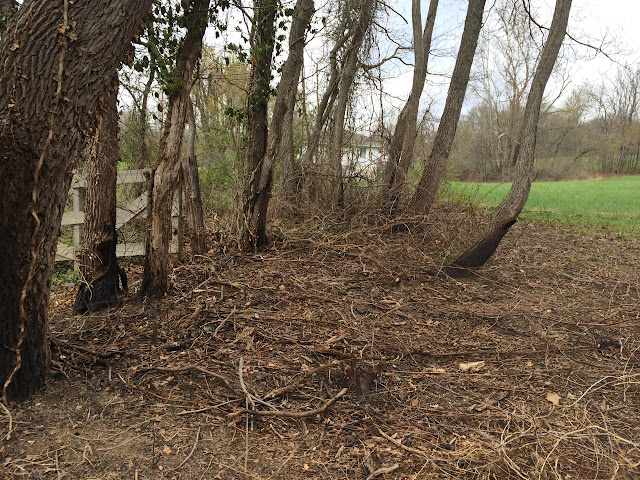 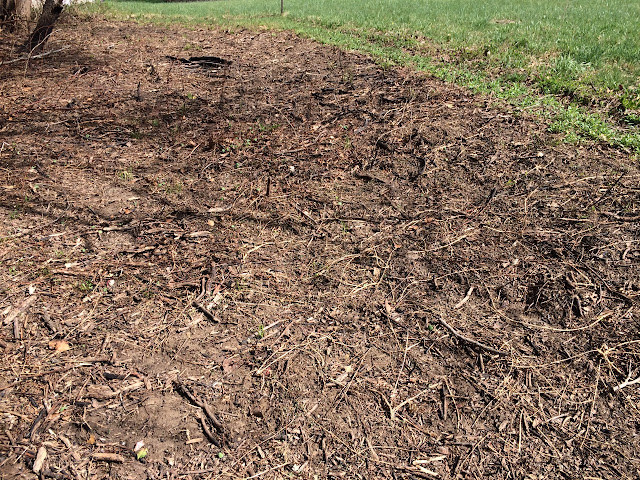 I did not do the professional job of planting grass and covering it with straw ... I did it the lazy way by filling my spreader with grass seed and decided to let mother nature take it's coarse in having the grass over take the weeds that would try to grow back. 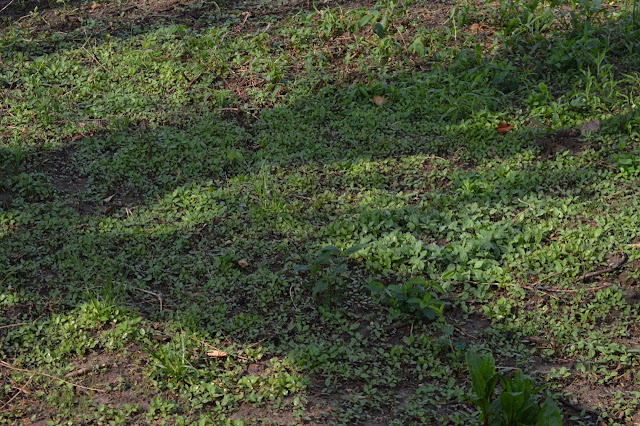 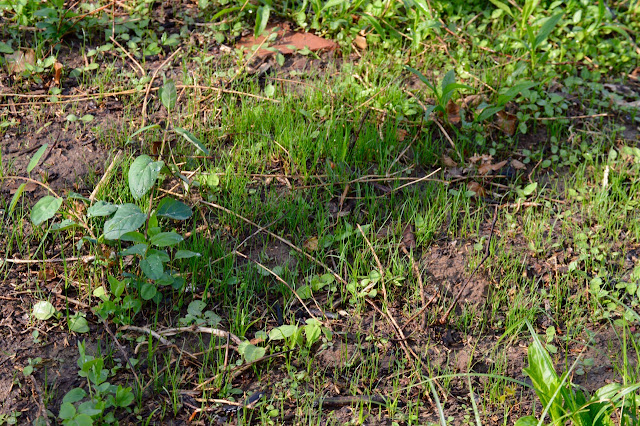 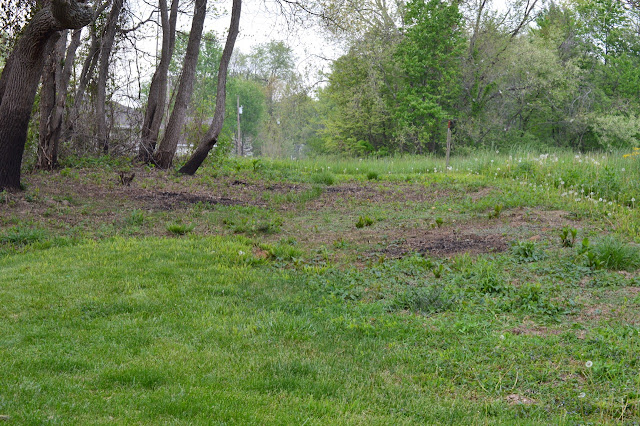 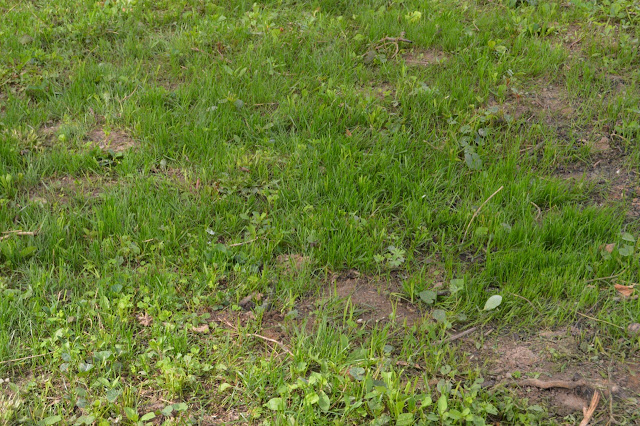 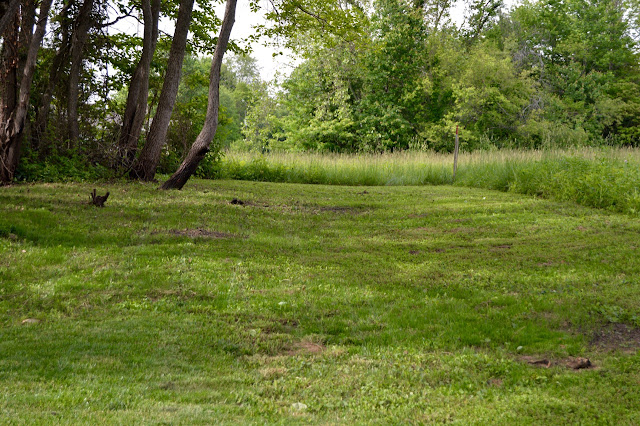 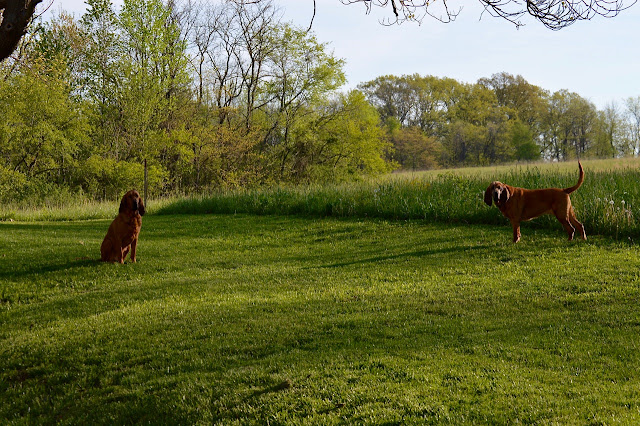 The grass has filled in as well as I hoped it would. I can still reseed some of the area next fall. I still need to make a fire pit, add some chairs ... I hate mowing around stuff like chairs ... LOL.

Well Stella just walked in and laid her wet jowls on my forearm whining for lunch ... about an hour early ... it's pretty lazy today for a Monday, hopefully the hounds and I can come up with something that has blog value by tonight ... that is always up in the air.

Fall weather here in 'the tropics' of Southern Indiana.