Sadie Says It's Never Too Late To Walk 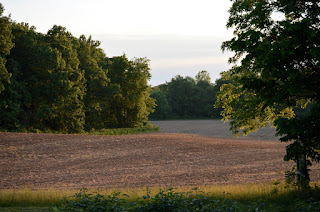 Most of the time that I was writing that last post about an hour ago, Sadie was either standing in the doorway or next to my chair ... letting me know there was still time for a walk.

As we stepped outside the temps were perfect. It felt like we had moved into summer just like that. 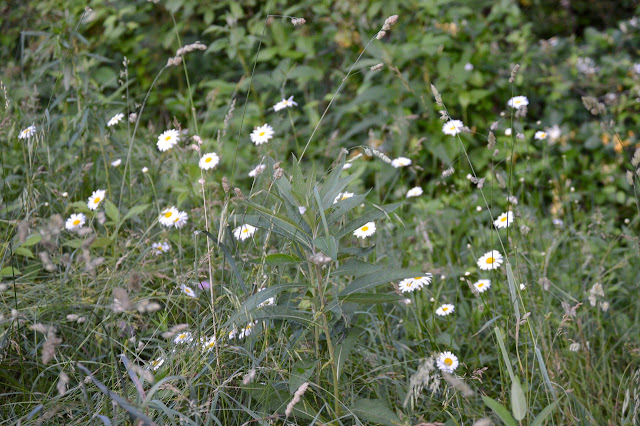 Both hounds were pretty excited about walking after all they had spent most of the day stretched out either on the kitchen floor or the hardwood floor in the bedroom sleeping. 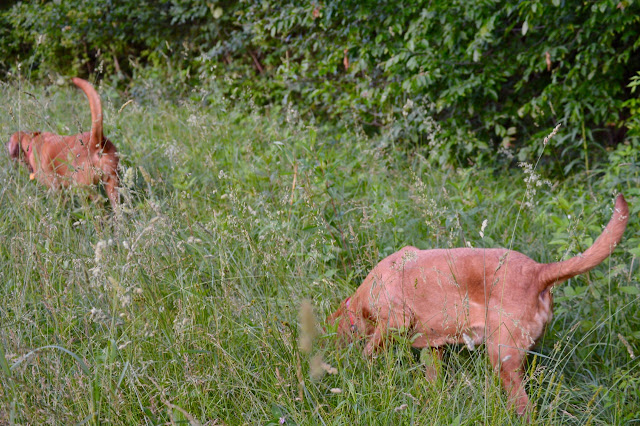 Stella was all over the place, darting from one spot to another. Her nose couldn't get enough of the scents. 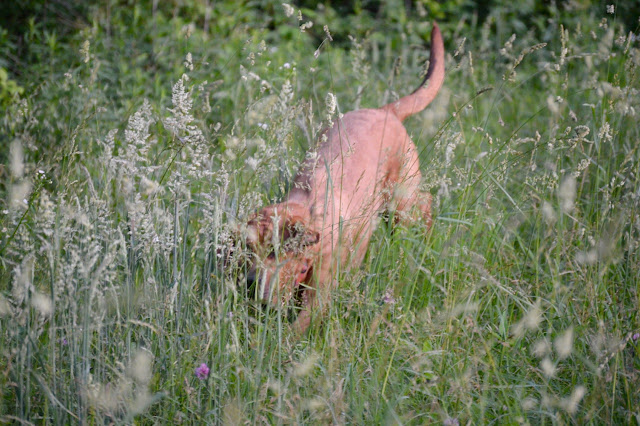 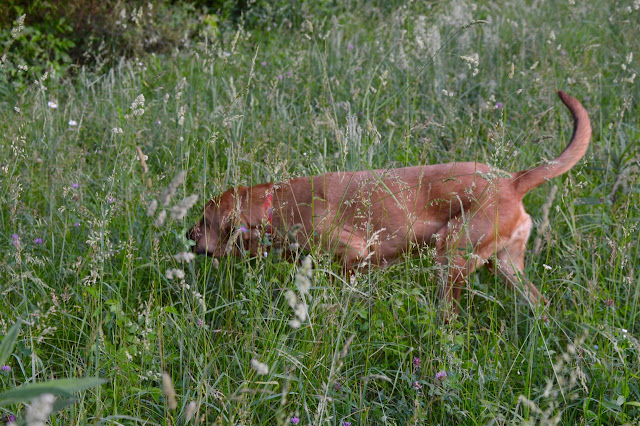 Sadie was on the lookout throughout the walk for any kind of birds that might takeoff from ground level. She doesn't know that bloodhounds are not 'bird dogs'. 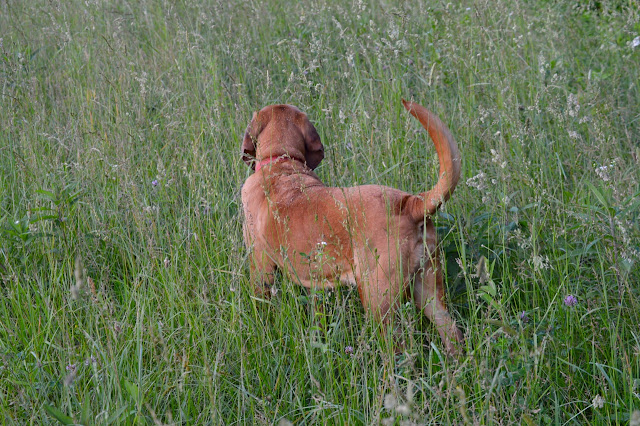 Stella didn't spend a lot of time behind us. She must have been smelling a million new scents since yesterday's walk. 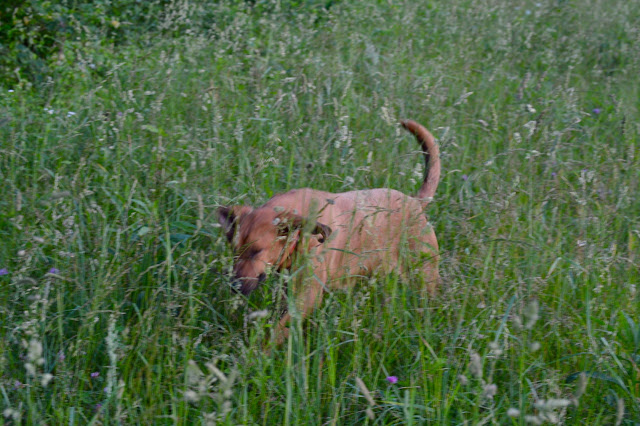 As I mentioned before the hay is getting taller and now in most of the field it's hard to see either hound and the path I walk on has overgrown just in the matter of days. It is still barely visible. 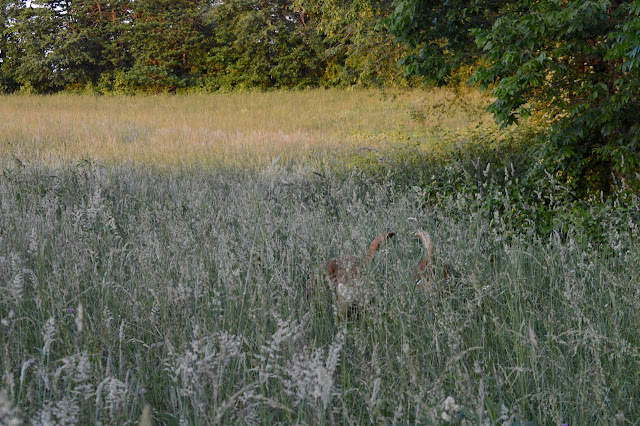 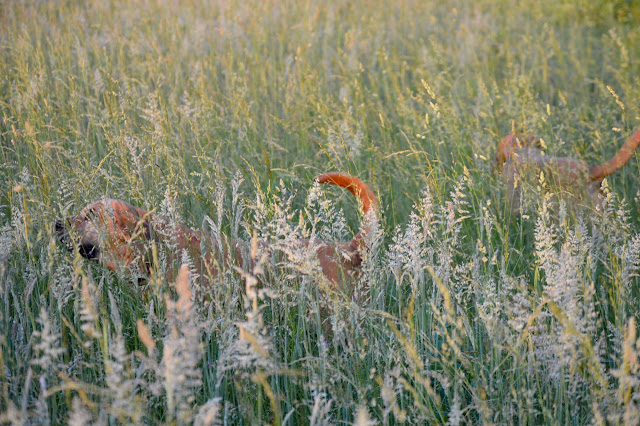 About the time that I was going to call for Stella to keep her near instead of veering off to the right hand corner of the field, both hounds took off sprinting ... but I had not seen anything liftoff from the ground, nor did I see any deer. 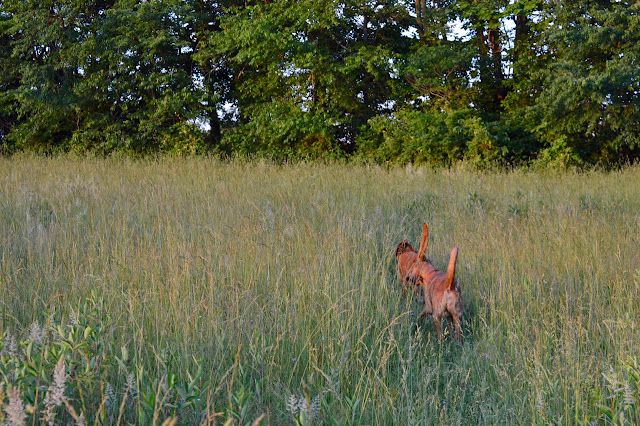 They were close ... it wasn't long after they walked away that a bird took off from the deep hay ... it was hiding right between them in this next photo. 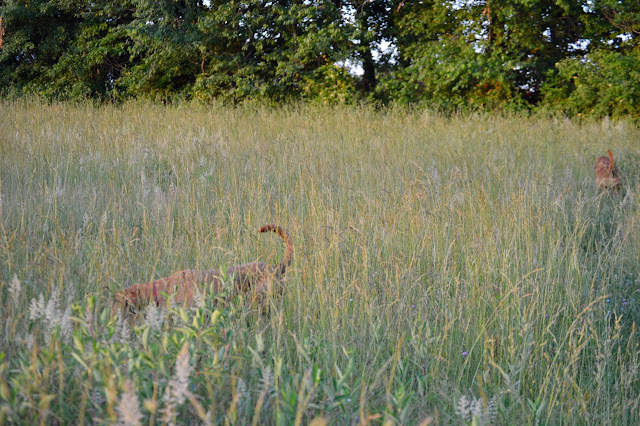 After they took off on the run, Stella turned but she was too late. I saw the bird fly away minutes ago. They still thought they were on the path to finding it ... but like I said, bloodhounds are not "bird dogs" ... they just think they are. 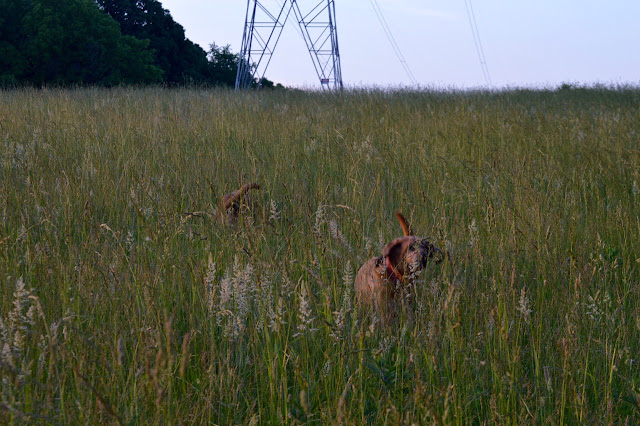 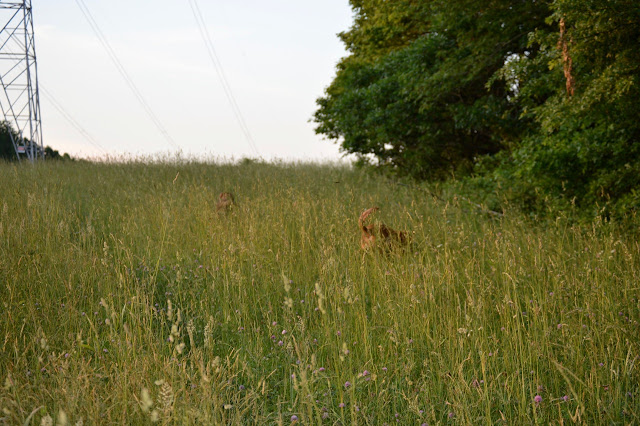 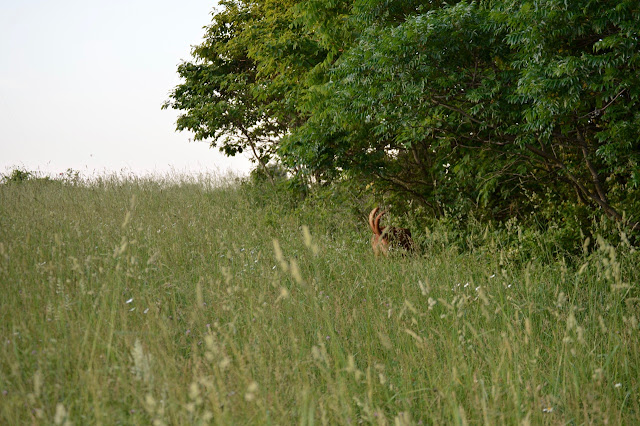 It's the time of year when the hay is so high that you can barely see the bloodhounds, that I remember when Winston would usually stand at the edge of the yard and field but not go on the walk with us. I could hear him barking as we would leave and I'm not sure but I think he probably barked the whole time we were gone because I'd hear him when we returned.

He didn't like walking when the hay was this tall. 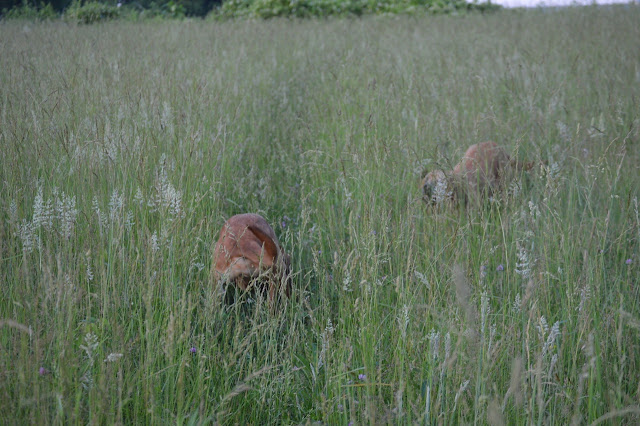 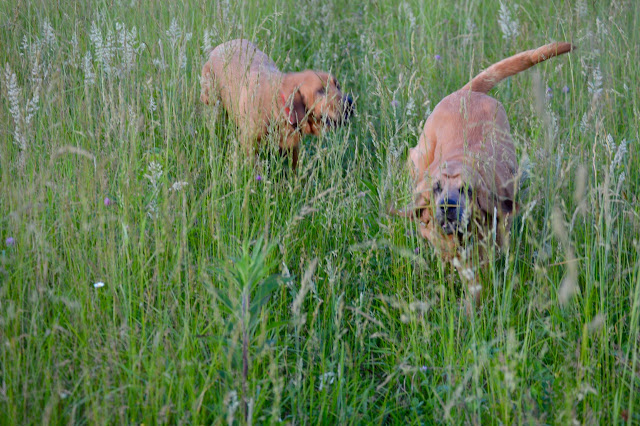 Since I am not a morning person, or one that gets up at sunrise for the best light to take photos ... this time of day seems a lot better to get better photos. The problem is I catch my hands moving a lot when I click the shutter button ... because I can see the movement in the view finder. 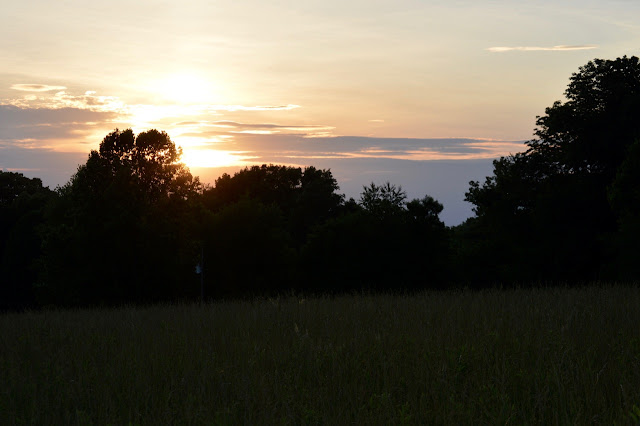 We were close to finishing the walk and going back inside when they found something they were not leaving ... not even after calling them, bribing them by yelling their treat. I had time to go inside, load the camera card into the computer ... go back outside and they still would not come. 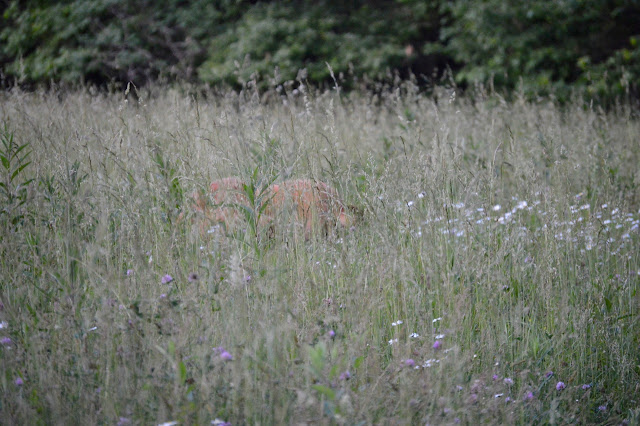 I finally walked out to get them plus I wanted to see what they had found so interesting but I found ... nothing. 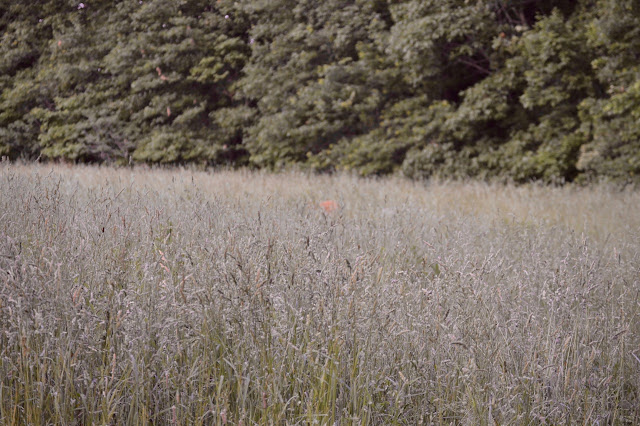 With the temperatures and lighting for photos almost perfect after 8pm or so "tropics time" ... I may be posting later starting tomorrow because of each of those reasons. I don't like changing time twice per year but I love daylight savings time in the summer months. Of course to west coast readers, it's never to late to receive the daily post.

It's late but I'm thinking of some kind of food run here in 'the tropics' of Southern Indiana.

at May 31, 2016
Email ThisBlogThis!Share to TwitterShare to FacebookShare to Pinterest
Labels: Early Evening Walk